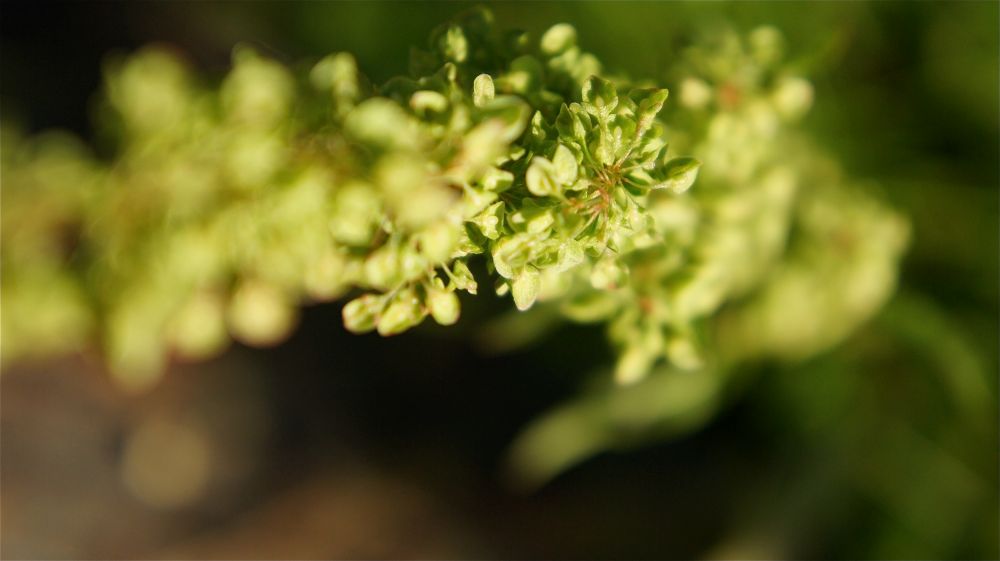 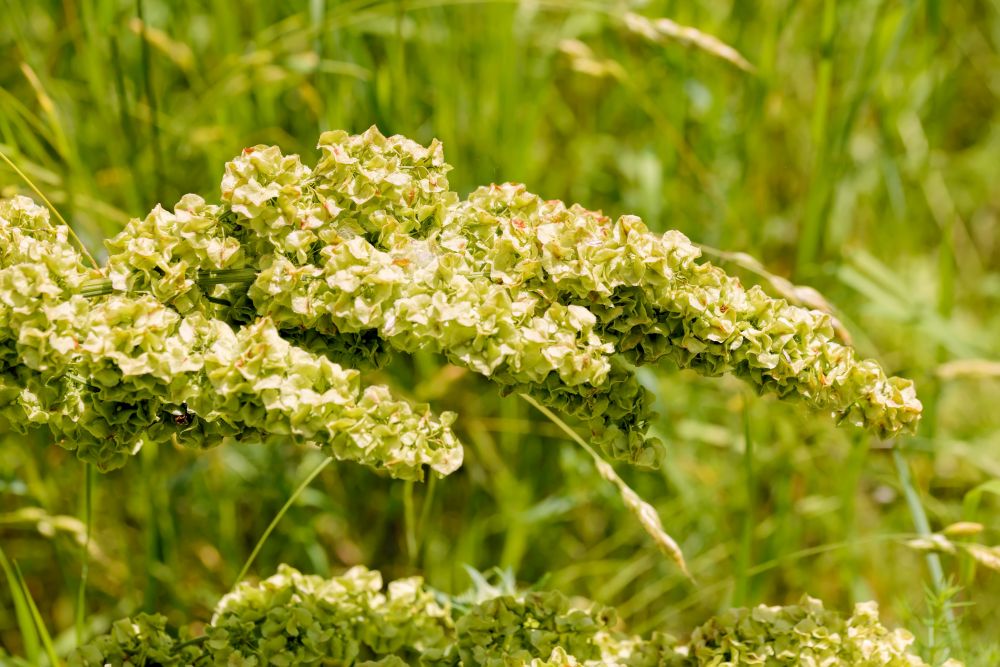 Yellow dock is the perfect example of the adage “someone’s poison is another person’s food.” Some people look at this plant, and all they see is an invasive and toxic plant. But other more imaginative types would see a delicious herb with nutritious leaves and stems. If you like to expand your culinary horizons, you can use the green leaves raw in salads or add them to soups and stews for extra exquisite flavors. 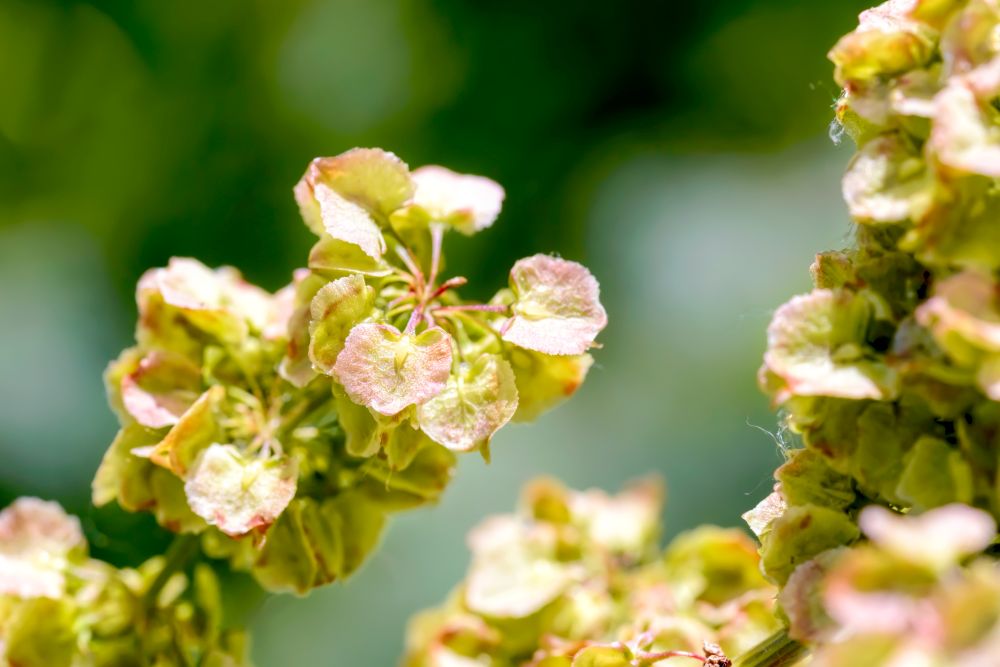 But you have to be careful since the yellow dock is an invasive plant on top of being toxic as well. So it’s not recommended that you grow it in your garden. Besides, many states prohibit planting yellow dock because of its invasiveness. These, however, are not the only precautions you need to take when dealing with this herb. Read more to learn how to identify, harvest, and control this controversial plant.

How to Identify Yellow Dock

Even if the yellow dock (Rumex crispus) is not growing in your garden, you still need to be able to identify it. The herb grows in the wild, and if you’re in the habit of going foraging, chances are you’ll come across this herb.

A native of Europe and the western parts of Asia, the herb goes by many names. In some parts, people call it curly dock, while in others, it is known as curled dock. But whatever the name, the plant always has the same rosette base where leaves and shoots grow out of it.

The leaves are smooth, long, and narrow. The edges of the leaves are wavy and a little jagged. When they’re young, the leaves are often bright green, but once the flowers bloom, the leaves turn brown and become inedible. Near the base, the leaves are about 12 inches long and two and a half inches wide, but they get smaller and smaller as you move up the stem.

The stem itself is usually woody and ribbed. It grows to up to 5 feet tall, and flowers bloom at the top of that stalk. They are usually a little greenish and tiny, so they don’t add any ornamental value to the plant itself. Clusters of about 25 flowers bloom like a small canopy at the top.

After the flowers pollinate in the fall, they are replaced by seed pods. The seeds are often egg-shaped with sharp points. Each seed is often enveloped by a brown capsule. Curiously, the seeds never drop and remain hanging on the plant throughout the winter until the next spring. This is one surefire way to identify the yellow dock plant in the winter, even when the leaves are dead.

If history has taught us anything, it’s that humans find many uses, even for the most lethal of plants. The yellow dock is no exception. Toxic as the herb is, that hasn’t stopped many people from trying the herb in many dishes and recipes.

But even before it was used for sustenance, yellow dock, first and foremost, has always been a medicinal plant. From roots to stems, flowers, and leaves, medicine men of ancient times have found medicinal benefits to each part of the plant. Here are some of those medicinal uses of yellow dock.

Since the stalk of the yellow dock is woody, the only way to extract the active compounds out of it is by decoction. That means it has to be boiled for long periods of time instead of infusing it, as is the case with more sensitive aromatic herbs.

If you come across the curly dock, chances are you will be interested in its culinary values more than its medicinal benefits. And for that purpose, you’ll be more interested in the green leaves and stem of the plant rather than the flowers, roots, or seeds.

The best time to go foraging for curly dock leaves is in the early spring. That’s when the leaves are still young and green. Keep in mind that the younger and more tender the leaves and stems, the sweeter and more flavor-packed they are.

In general, people like to compare the leaves of the yellow dock to spinach. But since the leaves of the herb are rich in oxalic acid, they have more bite than spinach leaves. You might also notice that the taste of the leaves will vary depending on the soil and weather conditions. A patch of yellow dock growing in fertile soil among pine trees, for example, will taste more exquisite than those growing in a bog or near stagnant water.

Another trick is to get the leaves before the plant shoots out the central stem. They become hard and bitter, and no amount of cooking will change their taste. As for the stem, it starts tender and succulent. So you can harvest that as well and use it either raw or cooked.

The stem starts to grow in the late spring or early summer. When you cut it, you’ll need to peel off the tough, stringy layer covering the ribbed stem. The flesh inside is greenish, succulent, and crisp. You can steam it or sauté it if you don’t like the raw taste.

Despite all of these benefits and uses of yellow dock, the herb has a dark side to it as well. Besides being an invasive plant, it is also toxic. We’re not just talking about the brown leaves of woody stems after flowers bloom. Even the tender green leaves have proven to be toxic for dogs. The same oxalic acid that gives it its distinct sour taste is the same component that makes it poisonous for dogs.

Not just that, but recent studies show that high concentrations of oxalic acid in the body prevent absorbing calcium and iron. So you shouldn’t eat the leaves in large quantities even if you cook them.

With that out of the way, what can you do if you discover that yellow dock growing in your garden? The first thing you should do after identifying the herb correctly as the curly dock is to pull it out of the soil. Here’s how you can do it in easy steps.

As a gardener, you probably have had more than your fair share with brushing against undesirable and nasty plants. One of these nasty plants is Urtica dioica or, as it’s commonly known, stinging nettles. Even a slight scratch will trigger a painful rash that could stay for days if left untreated.

There are many ointments and creams you can get at the drugstore to treat such a painful rash. But if you’re out in the wilderness by yourself, then you’ll have to find a homemade remedy soon. That’s where curly dock comes in. One of the medicinal benefits of the plant is its soothing qualities. It treats rashes as well as eczema and other skin conditions.

So look around you for a young curly dock plant with green leaves. Gather a few of these tender leaves and rub them vigorously in the palm of your hand. This will break the outer skin of the leaves and release the sap inside. Make a ball of the crushed leaves and apply it immediately on the scratch or cut caused by the fine hairs of the stinging nettles. The pain would subside down when your skin absorbs the juices of the curly dock leaves.

Don’t try this with the brown leaves of the herb. They’re often too hard and dry to be effective as a treatment against rash or pain.

Angelica Herb Care – How To Grow Angelica And Harvest Angelica