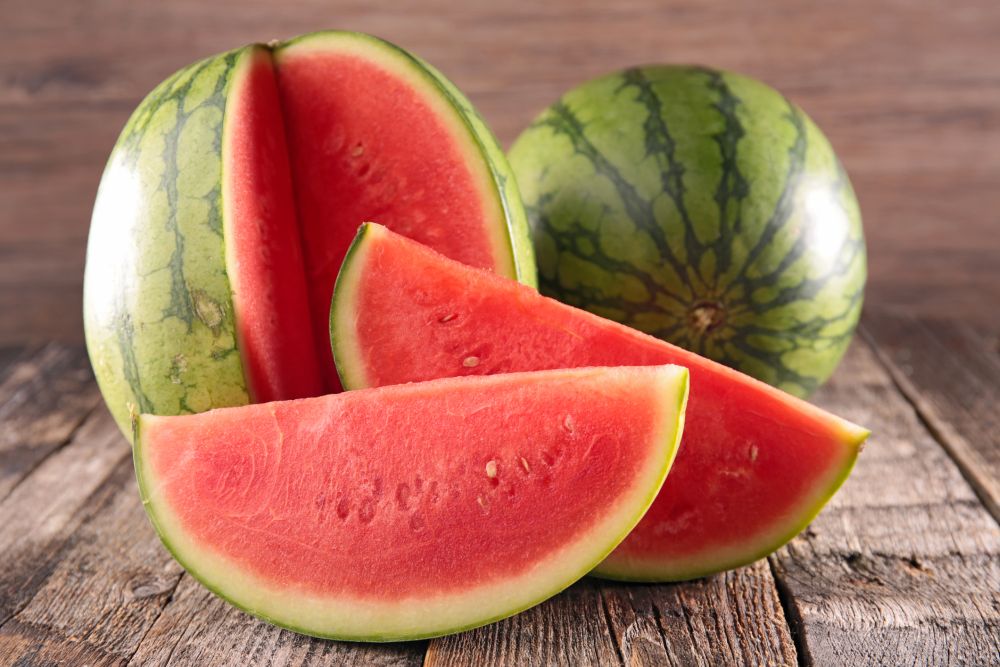 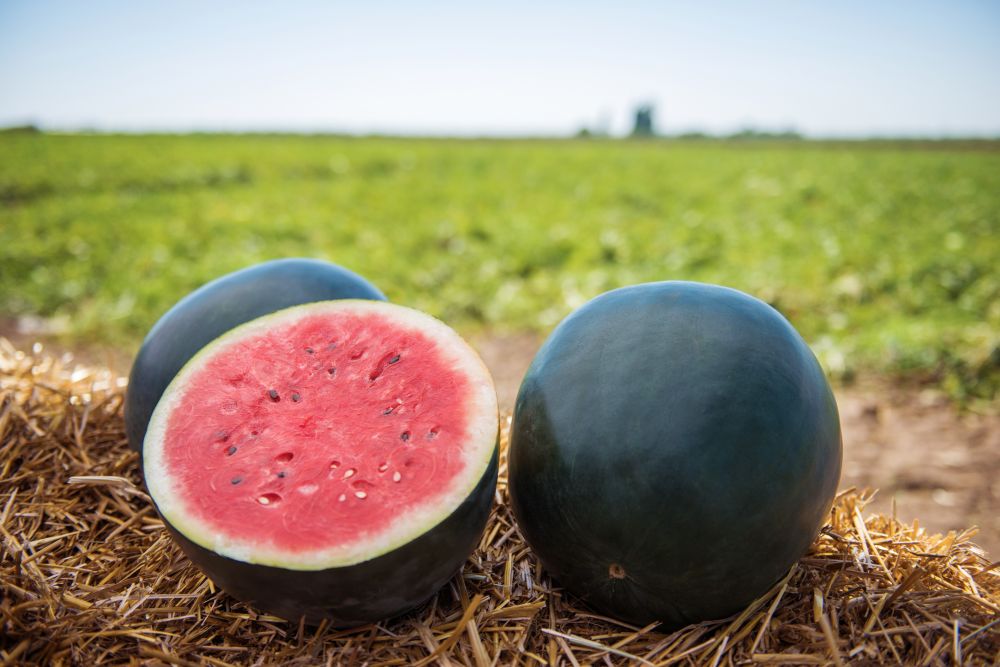 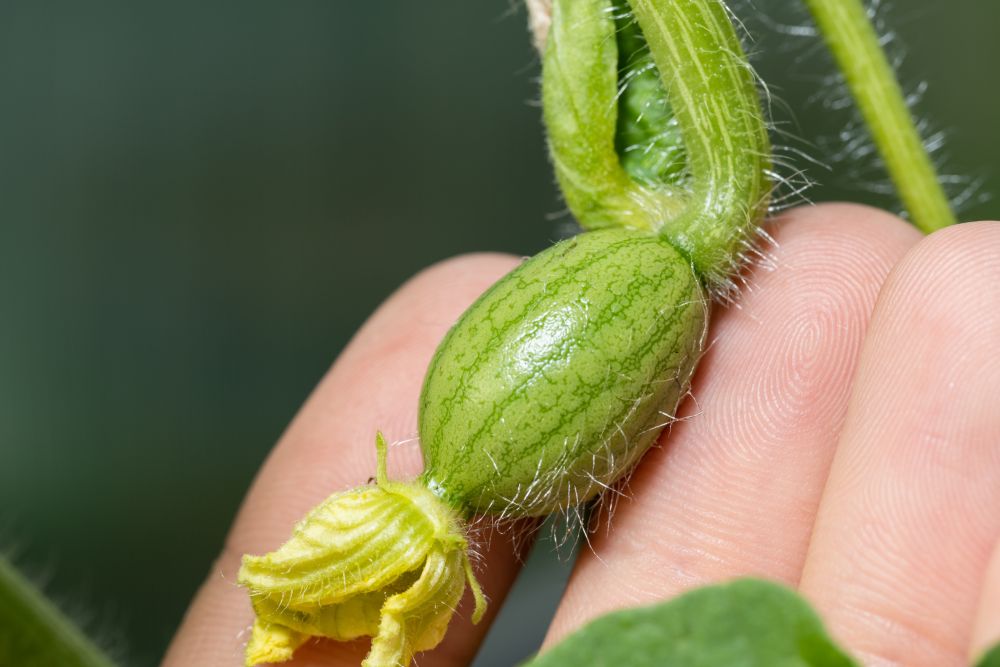 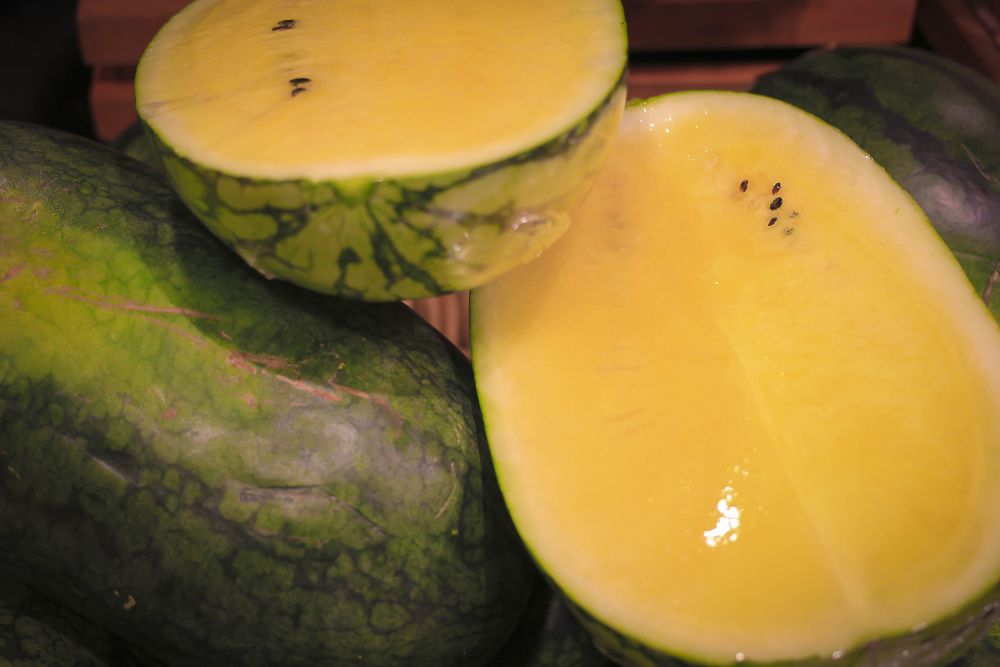 Watermelons have always been a controversial topic. Some consider them vegetables, while others insist that they are berries and then there are those who swear that watermelons are proper fruits. To add to the confusion, there are possibly more watermelon varieties than any other fruit out there. 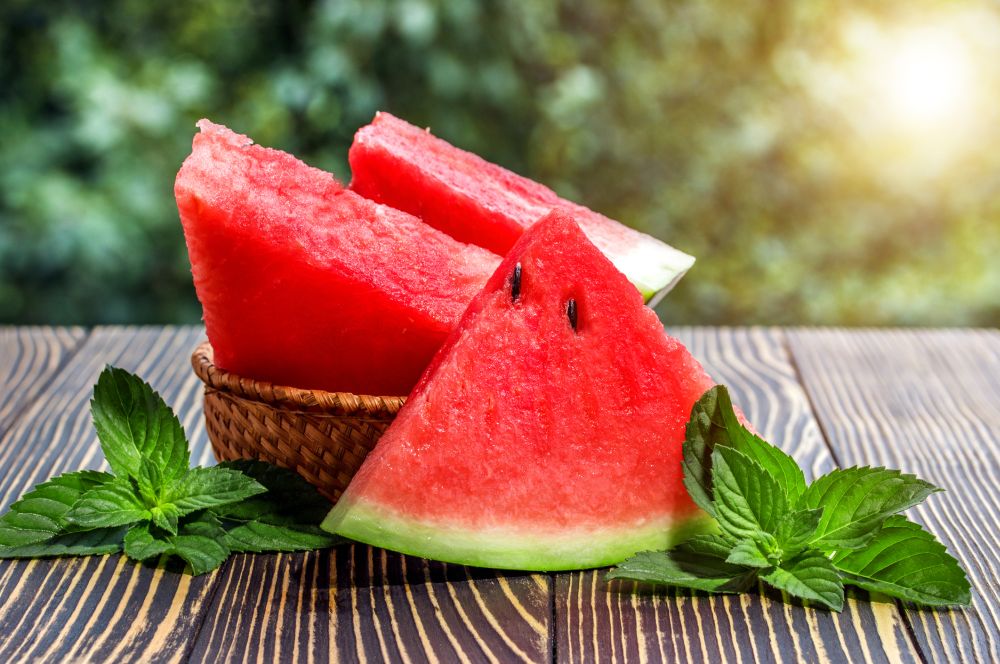 Granted, most of these varieties are cultivars. But without these hybrids and heirloom cultivars, we’d still be eating watermelons that are mostly seeds and white tissue. Thanks to the hard work of watermelon lovers, we can now enjoy seedless watermelon. That sounds like the second-best thing after sliced bread. So if you have been growing just one watermelon variety in your garden so far, it’s time to get out of your comfort zone and explore these varieties.

But that’s not the only reason you’d want to grow the yellow crimson watermelon. This variety is bountiful and bears fruits averaging 20 pounds each. The rind of the ripe watermelon is dark green while the flesh is yellow, sweet, and juicy.

Yellow crimson watermelon prefers rich soil that’s well-drained and packed with organic materials. You will need to amend your clay or heavy soil to improve aeration and drainage. Sunlight is important for the flowering of the vines, so you’ll have to choose a spot in the garden that gets the full sun. Light deprivation can stunt the growth of the vines and impact the yield. Not to mention that it could trigger fungal infections. Space the seeds or seedlings about 2.5 feet apart to allow them to grow and improve ventilation between the vines.

Watering is by far the trickiest part to get right with yellow crimson watermelons. These vines prefer the soil to be constantly moist. On average you’ll need to give them between one and one and a half inches of water per week. Depending on the soil type and temperature, you might have to water the vines between two to three times a week.

The yellow crimson watermelon is one of the fastest watermelon varieties to ripen. It takes the seed only 80 days to yield ripe watermelons.

The king of hearts is an aptly named variety that wins over your heart with its delicious flavors, extra dash of sweetness, and best of all, lack of seeds. If seeds in watermelons annoy you, then you’ll love this hybrid. A native of Washington State, the mature fruit weighs between 14 to 18 pounds and takes about 85 days to mature.

The ripe fruit has a striped rind and the red flesh inside is seedless. However, sometimes you might come across a handful of seeds. But they are mostly white and underdeveloped. You might even eat them without noticing.

The vines need about 10 feet of space to grow. Plant them in rich loamy soil under the full sun. Add copious amounts of compost to the soil before planting the seeds to give the vines a good start. Since seed germination rates of this variety are not high, plant many seeds and thin them out later.

If you don’t have enough space to grow the king of hearts in your garden, you can erect a trellis next to the vine and train it upwards. However, since the roots of the vine are robust and might grow to 6 feet deep, you cannot grow this variety in a container.

Water requirements are about one inch a week unless the soil dries out fast, then you can increase it to one and a half inches per week. Factor in any rainfall. Insulate the fruits as they develop with a thick layer of mulch to protect them against borers and fungal infections.

Not all watermelons are family-size varieties. Some belong to the fun-size category which one person can consume in one sitting without major digestive issues. The little baby flower watermelon belongs to this latter category. You can think of it as a personal watermelon since it doesn’t grow over 4 pounds on a good day.

The juicy and aromatic watermelon has a dark green exterior with long pale stripes and red flesh. They’re also popular because they have a high yield compared to other varieties. Each vine yields between 3 to 5 watermelons per season.

As with many other watermelon varieties, the little baby flower prefers hot temperatures. You can start the seeds indoors to give yourself a head start and when the temperature in the soil reaches 70 degrees F, you can move the seedlings to the garden.

The soil needs to be rich and well-drained with pH levels averaging 6.5 to 7.0. You won’t have trouble with seed germination, so you can right away space the seeds about 50 inches apart. You won’t need to thin them out later. You can grow the vines on mounds if the soil in your garden is a little too heavy or clayish.

This variety needs a lot of water during the first few weeks until the fruits start to develop. Once the fruits enter the maturity stage, cut back on watering to increase the sugar concentration. Fertilize with organic compost, aged manure, and homemade fertilizers and avoid chemical fertilizers since they could interfere with the flowering and might impact the flavors of this sweet melon.

Cover the seedlings with plastic covers to keep them warm. This can improve the yield of the vine. Once the flowers open, remove the covers to allow pollinators to do their job. Harvesting is around 70 days from the day you plant the seeds.

Not every gardener has a ton of time on their hands to dedicate to the watermelon patch. Watermelons are notorious for the amount of care and dedication they need. But as far as the fordhook hybrid is concerned, it doesn’t need much care. And if watering the vines and keeping the soil consistently moist at all times bother you, you don’t have to stress over that with the heirloom fordhook cultivar.

Put simply, this is an easy-to-grow watermelon variety that has a high tolerance for drought and doesn’t need a gardener to fuss over it constantly. As for its taste and appearance, it has plenty of flavors and crisp flesh to make it a top contender in any watermelon competition. The dark green exterior of the mature melon hides a dark pink interior packed with sweetness. The average mature watermelon weighs about 14 pounds.

Neutral soil to slightly acidic is ideal for the fordhook watermelon. Choose a sunny spot in your garden to plant the seeds and make sure the soil is amended with plenty of organic materials. The soil also needs to be debris free so break the top 10 inches of the topsoil and turn them over. Leave the tilled soil under the sun for a week.

Temperature is important for the germination and success of the vines. So wait until the soil temperature tops 60 degrees F before you start seeding. The seedlings cannot survive the frost, so start them indoors and wait for the last frost before transplanting them outdoors.

Spacing is another consideration. The vines are known for their sprawling reach, so you need to space the seedlings about 8 feet apart. If you have planted too many seeds, wait for the seedlings to sprout the first 3 true leaf sets before you thin them out.

Although the fordhook is a hardy cultivar, the seedlings emerge from the soil fragile and needing plenty of water. So keep the soil moist for the first couple of weeks until the vines have established in the soil. Then you can allow the soil to dry out before watering. Don’t forget to water the vines for a few days in a row. That could slow the growth of the plant and reduce the yield of each vine.

The fruits are ready to harvest within 74 days from the time you plant the seeds.

If you like icebox watermelons, then the new orchid is the right variety for you. As we mentioned, the idea of this article is to introduce you to different watermelon varieties to try out. You might fall in love with a specific cultivar or two or you might decide on something else. But one thing is for sure, if you try the new orchid variety, it will become your go-to watermelon variety for years to come.

So what makes the new orchid such a popular variety? For one thing, the fruits are on the small side weighing about 4.5 pounds on average. That means you won’t have trouble storing the whole fruit in your fridge or keeping the full harvest in the pantry. Another reason you might like this variety over the others on this list is the distinctive color of the flesh. It has a crisp and orange flesh with a good taste. The outside rind is dark green with wide pale stripes.

Sunlight is very important for the success of the new orchid. So choose a spot that gets between 6 to 8 hours of sun every day. The soil has to be rich and well-drained. And because of the vine’s vigorous growth, you’ll need to space the vines about 6 feet apart.

Wait for the soil temperature to top 70 degrees F before you sow the seeds. Otherwise, germination rates will be low. This variety needs about 80 days to mature, so you need a long growing season.

Watering for the new orchid is the most crucial aspect of their success. You’ll need to keep the soil moist until the fruits start to ripen. Then cut down watering to increase the sweetness of the ripe fruits.

To know whether your fruits are ripe or not check the bottom of the fruit that’s resting on the soil. If the color of the rind has turned creamy, then the watermelon is ready to harvest. Another clue is when the leaves and stems near the fruit have dried out and started to fall.

How to Repot an Orchid Plant Safely, Without Killing It