Petite succulents are perfect for decking out indoor spaces. And there’s no way to bring in some vibrant color to your office desk or windowsill than growing the Haworthia Retusa succulent. If you’re looking to add some greenery and purify the surrounding air, then your hunt for the right houseplant could be over after reading this guide.

Same as Haworthia cooperi, this miniature succulent belongs to the Asphodelaceae family, and it’s a variegated species that doesn’t demand too much routine nurturing or maintenance. No matter how tiny or slow-growing it can be, this perennial succulent can survive for years when grown under the right conditions. 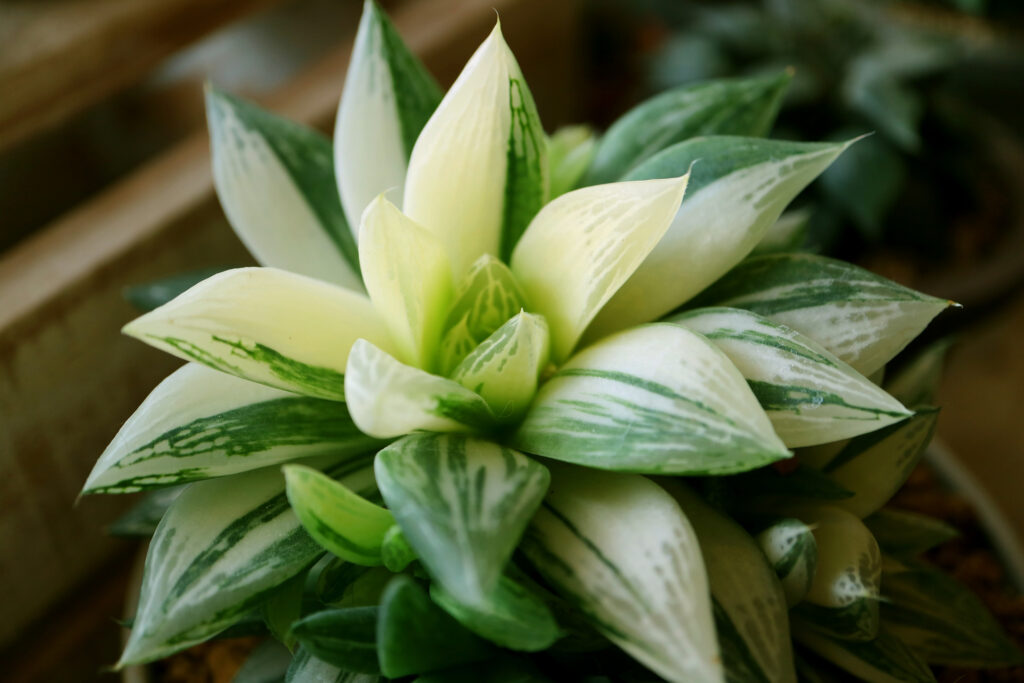 Star Cactus Haworthia at a Glance

The Star cactus Haworthia is a gripping succulent with a compact set of rosettes made of paunchy and dense-green leaves. One signature feature on the texture of the leaves is a layer of whitish warts that make this variety have an outlandish look.

And same as other succulents we’ve had a chance to review, this Haworthia type can’t get enough of bright light, tolerable moisture during summer, and moderately dry conditions when the temperatures are freezing. To get a snapshot of its background, the perennial succulent is native to Riversdale—a semi-arid region on the Western Cape province in South Africa.

Don’t be troubled to find it labeled as the ‘Star cactus,’ ‘Aloe retusa’, or ‘Window Succulent’ in your nearest gardening store or nursery. With the right growing requirements, this succulent can blossom while sitting on a windowsill or outdoors in the garden alongside other cacti plants.

As a slow-growing succulent, the most it’ll achieve is a set of rosettes with triangular-shaped leaves. It hardly grows beyond 5” inches tall. The leaves are made of a translucent tissue that has no stomata to prevent them from losing water, this retaining moisture when exposed to intense heat.

Arguably, this kind of indestructible nature is rare to find on other commonly cultivated houseplants. Keep reading to get a hold of the growing and caring tips you’d need to work with, to make your Star cactus have the utmost longevity it deserves.

How to Grow the Star Cactus 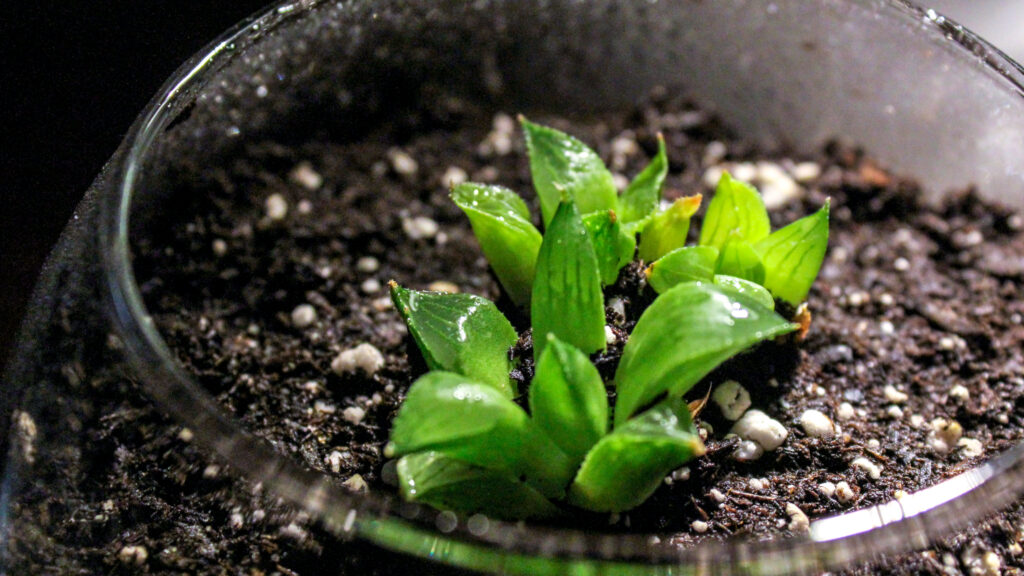 You can choose to grow this succulent using leaf cuttings or offsets that fall off from the mother plant and grow on the edges of the container. I tend to find using offsets a lot easier since they can be pulled out when transplanting. To carry out the exercise, you’ll need to: 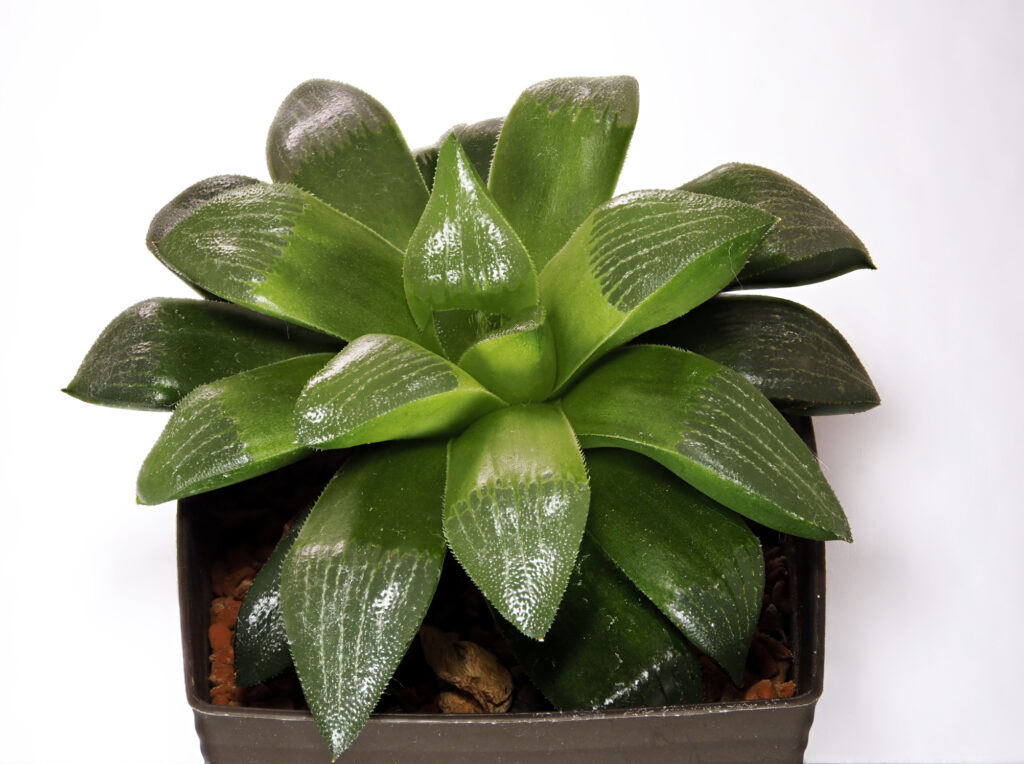 During the blooming season, you might be lucky to see a tall flower stalk developing right from the middle of the rosette. These tiny whish flowers will appear in a tubular shape during late spring or the early weeks of summer.

Since most Haworthia varieties tend to be slow-growing, don’t expect the flowers to look wondrous all through the blooming season. If your Star Cactus yields any flowers, that suggests it’s in a perfect health condition and the soil has enough phosphorus to support the flower formation process.

It’s best to use a cactus mix or prepare a potting mix that supports fast drainage. This succulent also prefers a soil pH between 6.5 to 7.5. Some gardeners argue that amending the potting soil with sand blocks the pores that let water drain much quicker. So, you might consider using pumice or perlite instead of sand. Other additives you might consider working with to balance the pH and boost the number of nutrients include bonemeal and limestone.

Bonemeal adds phosphate to the soil, which promotes the development of roots, while limestone feeds your Star cactus with magnesium and calcium. Since most Haworthia varieties are petite plants, you can grow a bunch of them in a container to increase the rate at which they purify the air. Use 2 ounces of both limestone and bonemeal for every 4 gallons of water, and use the solution during the normal watering schedule.

I prefer to sterilize my garden soil before planting by heating it in the oven at 90 degrees Celsius. And due to their size and speed, which they sprout at, there won’t be any great need for transplanting. But if you’re looking to replace the old soil with one that’s revitalized with nutrients, it’s best to transplant your Aloe retusa during late spring or the early weeks of summer when the growth hormones are in full swing.

Some offsets will fall off from the mother plant and grow on the edges of the container, so you’ll need to remove them while transplanting since they make the best option if you’re looking to propagate your Aloe retusa houseplant. You’ll typically need to transplant it every 2-4 years.

You might miss seeing your Haworthia grow opulently by using the wrong watering formula. With all the succulent traits ingrained on this perennial, you don’t expect it to gulp so much water quite regularly. Newbie gardeners might be tempted to water this houseplant so often so they can see it sprout much faster.

Avoid keeping the soil soggy for longer hours since the roots will begin to rot. You’ll, therefore, need to wait for the soil to dry out entirely before watering your Aloe retusa again. Frequent watering is only needful during summer when the temperatures are high, but you’ll need to cut back on the intervals when it’s winter. Don’t expose the rosette to any moisture since it’ll ultimately start to decay.

The stems too are susceptible to rotting when the soil remains wet for too long, especially during winter. Since the Aloe retusa plant carries succulent traits, we recommend using cactus fertilizer that’s soluble once every three weeks during summer. Follow the tips on the label of the fertilizer and avoid feeding your Haworthia succulent when it’s winter.

It’s the norm for succulents to prefer warmer environments. Your Star cactus will prefer USDA hardiness zones 9 to 11, where there are arid conditions similar to those of South Africa where it’s native to. For any other region, the Star cactus is usually grown as an indoor plant. And it’s no wonder why this perennial is mostly grown across the west coast and southern states of the US.

Even though it prefers warm conditions, it also thrives under cold weather during winter. You’d be surprised to see it survive under temperatures as low as 10 degrees Celsius. While it opts for bright light, make sure to filter the intense rays from the sun. If it’s growing outdoors, you want to limit the number of hours it sits in the sun by placing the medium under some partial shade.

When growing in their native environment, they’re fond of seeking shade beside rocks, trees alongside other objects. For a Star cactus growing indoors, placing it on a windowsill facing east or west would be ideal since it would get enough bright light for just a few hours. If the leaves begin to have some whitish or yellow patches, that could be a sign your Haworthia is getting scorched by the sun.

On the other side, if you don’t expose it to enough bright light, the dense-green color on the foliage will eventually begin to fade off, and the leaves will lose their vigor. As the warm season begins to clock in, introduce your Star cactus to the sun gradually, so the heat waves don’t burn the leaves. It’s easy to bring it outdoors during summer when grown in a container. For optimal growth, you want to keep the room temperature anywhere between 21-32 degrees Celsius.

You don’t need to keep a tight grooming routine for this succulent; it doesn’t need one. For the most part, you’ll only need to get rid of the dead petals once the blooming season is over. Look out for any parts of the plant that seem to show signs of rotting.

Dissect the affected area to avoid losing the entire plant. If there are so many offsets on the base of the mother plant, they’ll begin to compete for nutrients, so you’ll need to control the number and use some for propagation.

Most succulents growing in areas with cool temperatures but humidity are highly likely to be infested with fungi. The stems are usually the most affected areas, followed by the leaves. One of the early signs to watch out for is black spots forming on the leaves. Overwatering is yet another condition your succulent will tussle with that ultimately causes the leaves to turn yellow. One handy tip to keep this from happening is to wait till the soil dries up completely before watering your Star Cactus again. 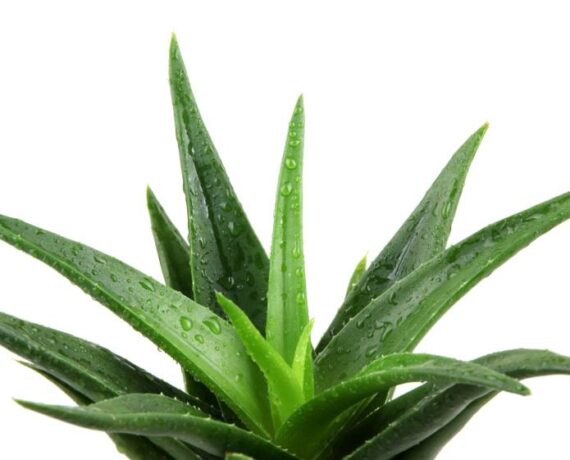 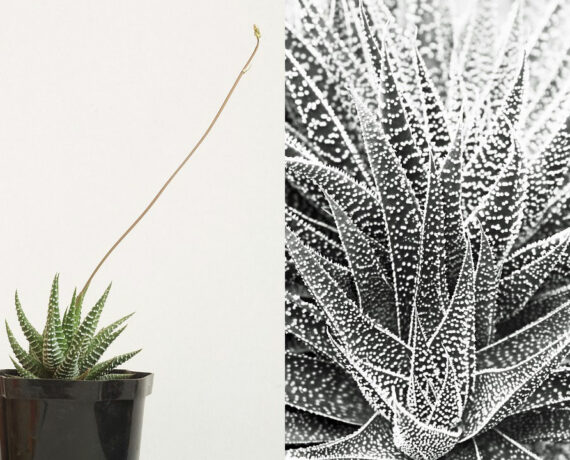 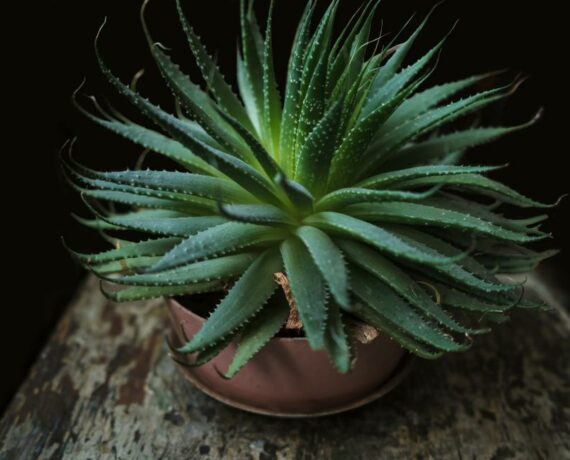 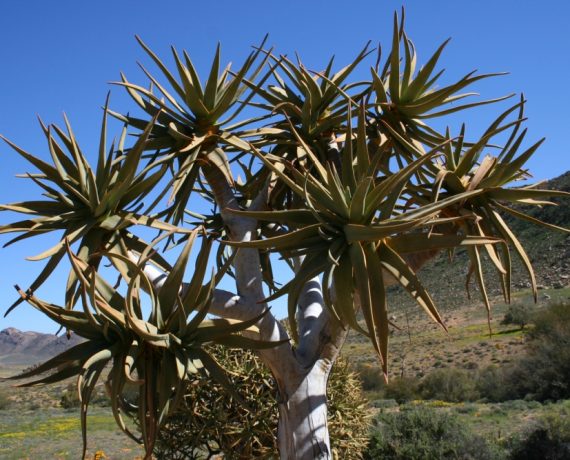 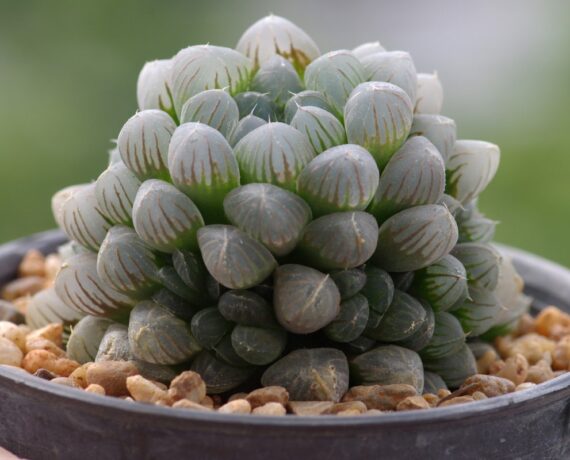 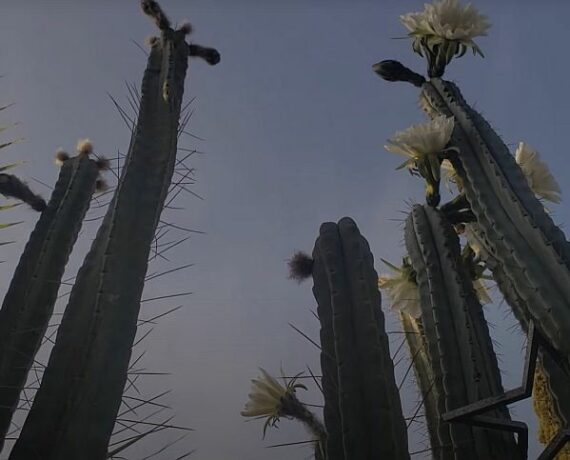 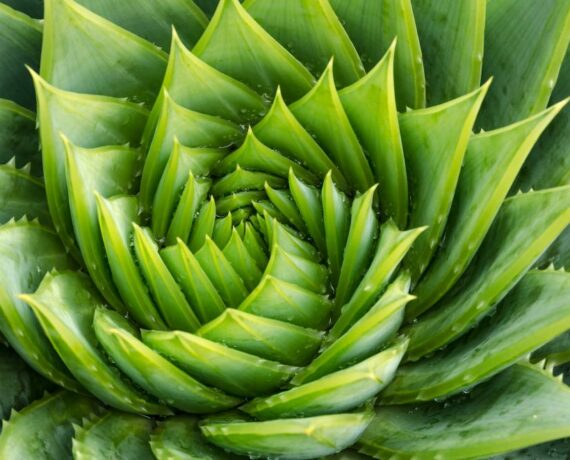 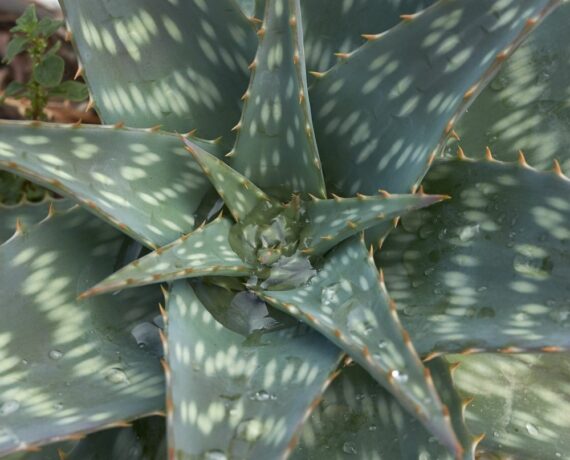