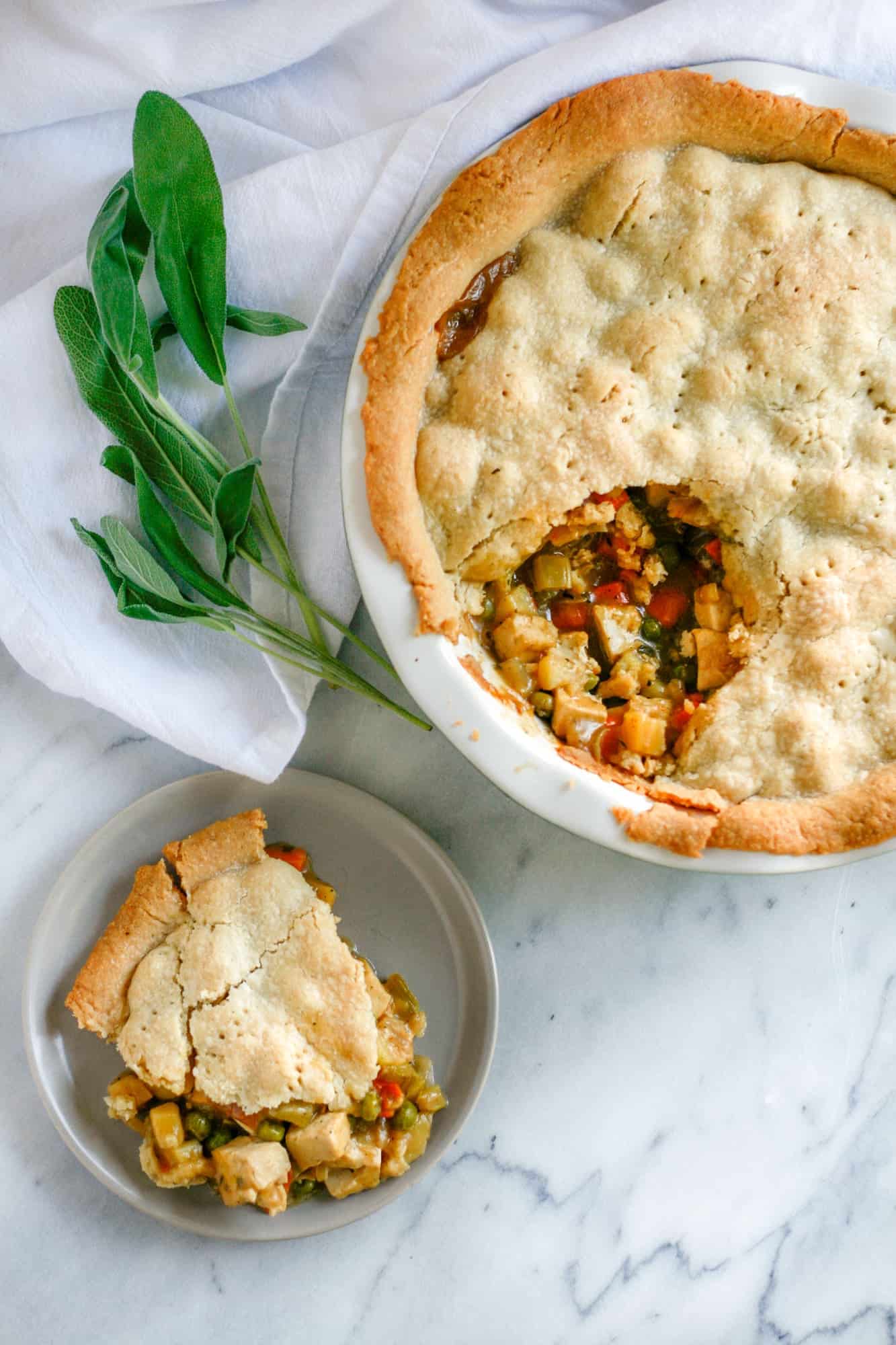 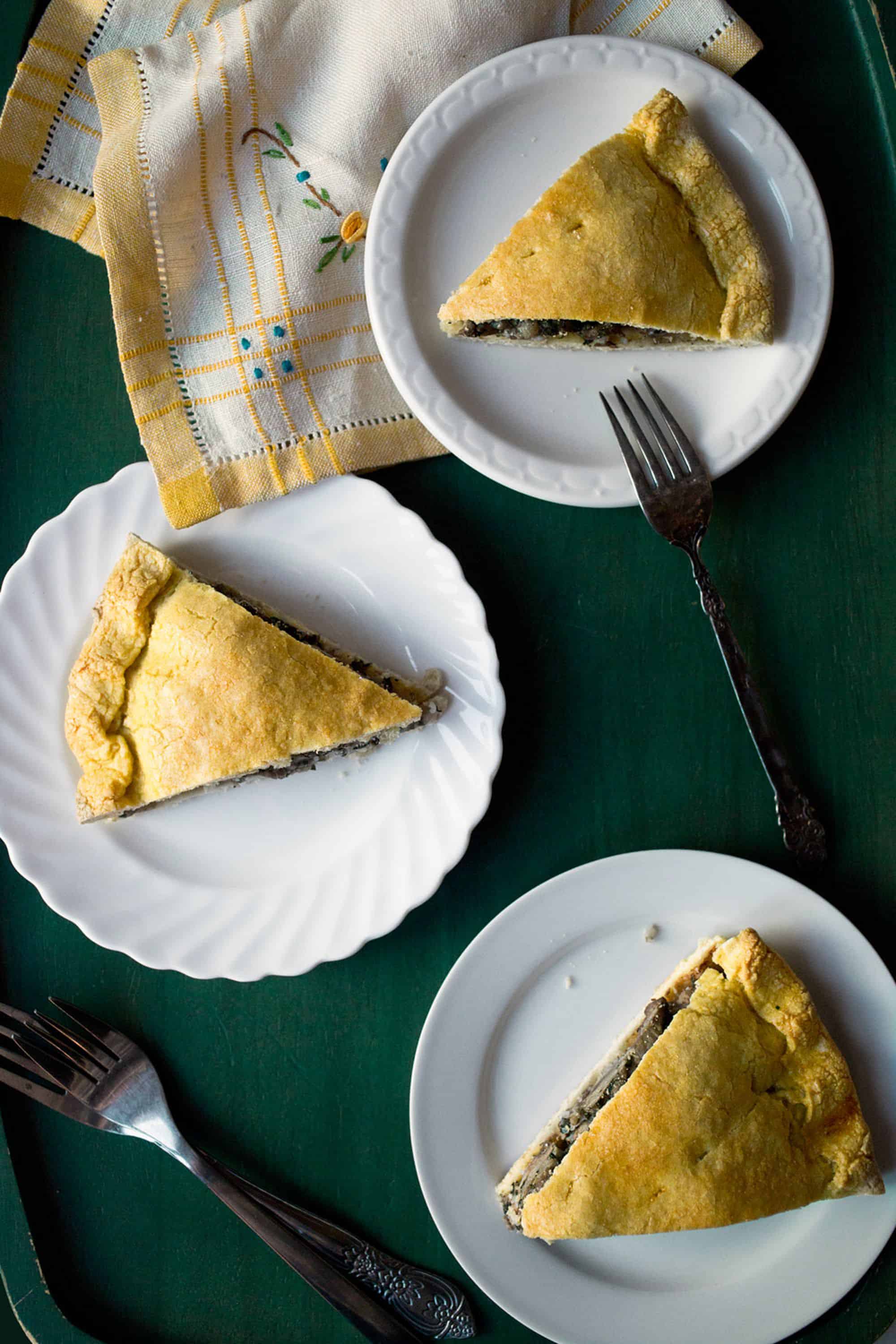 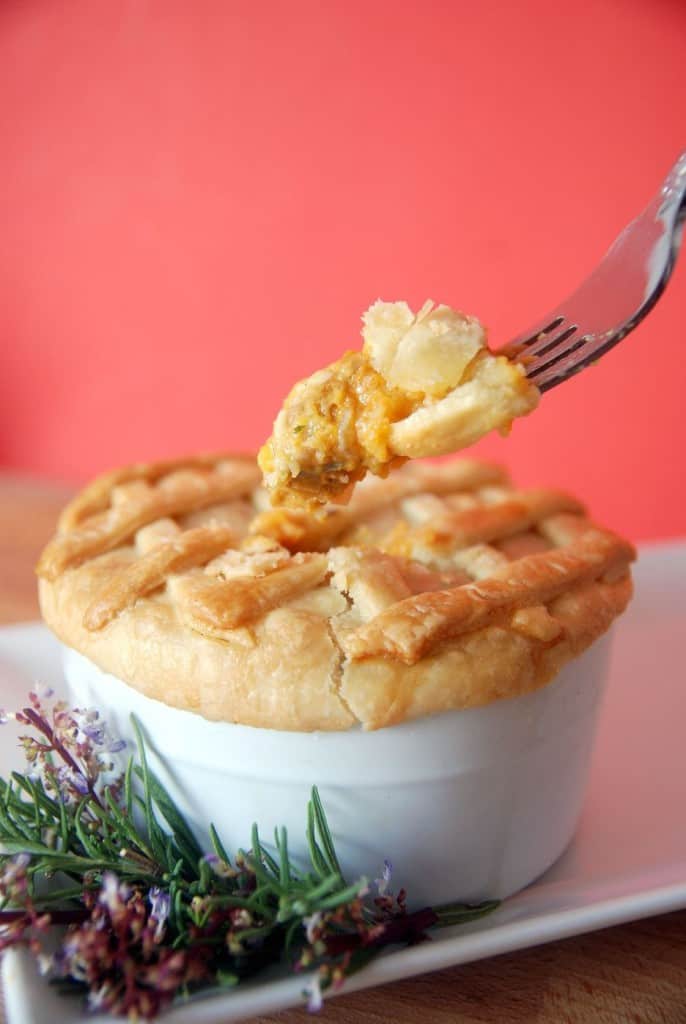 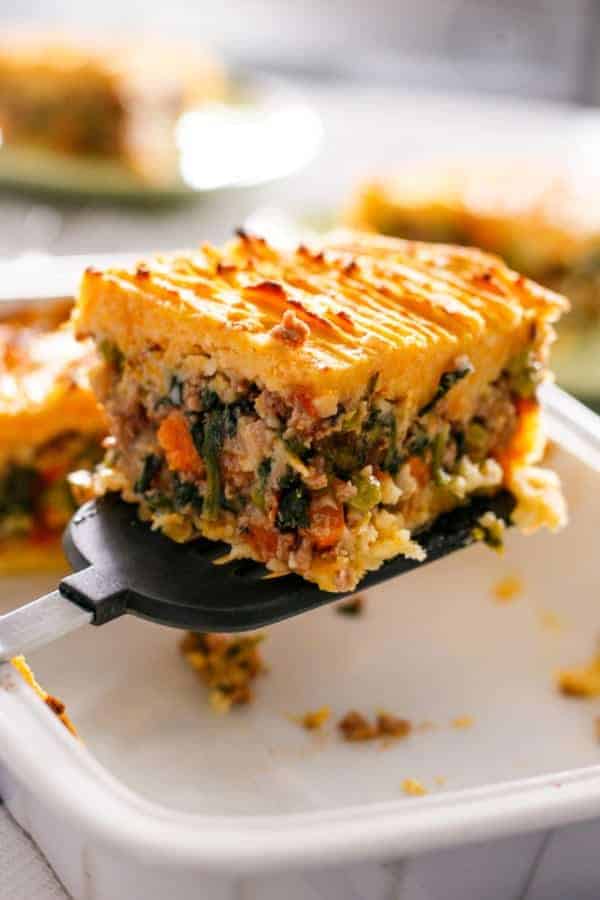 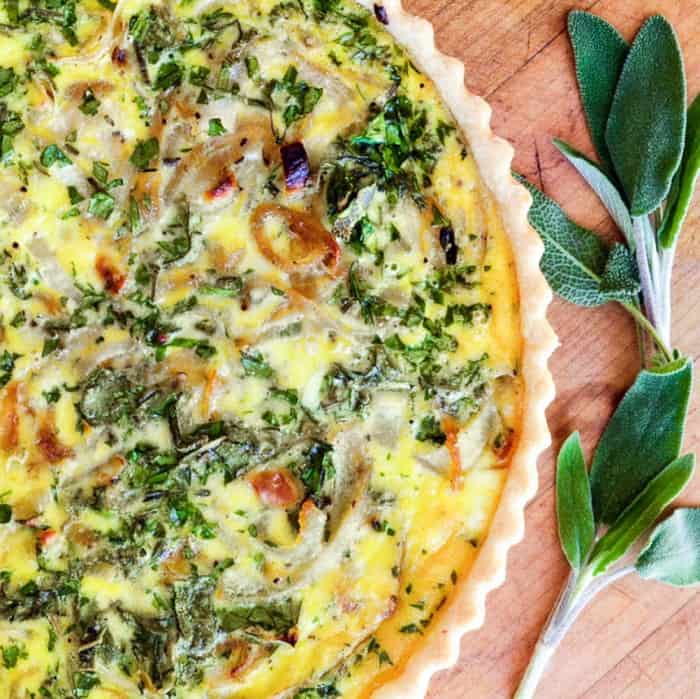 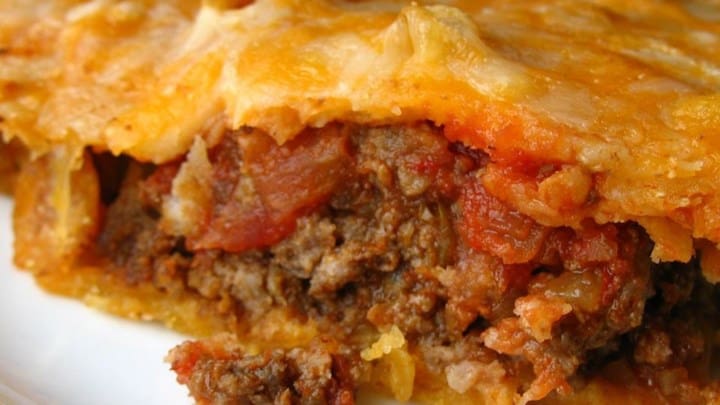 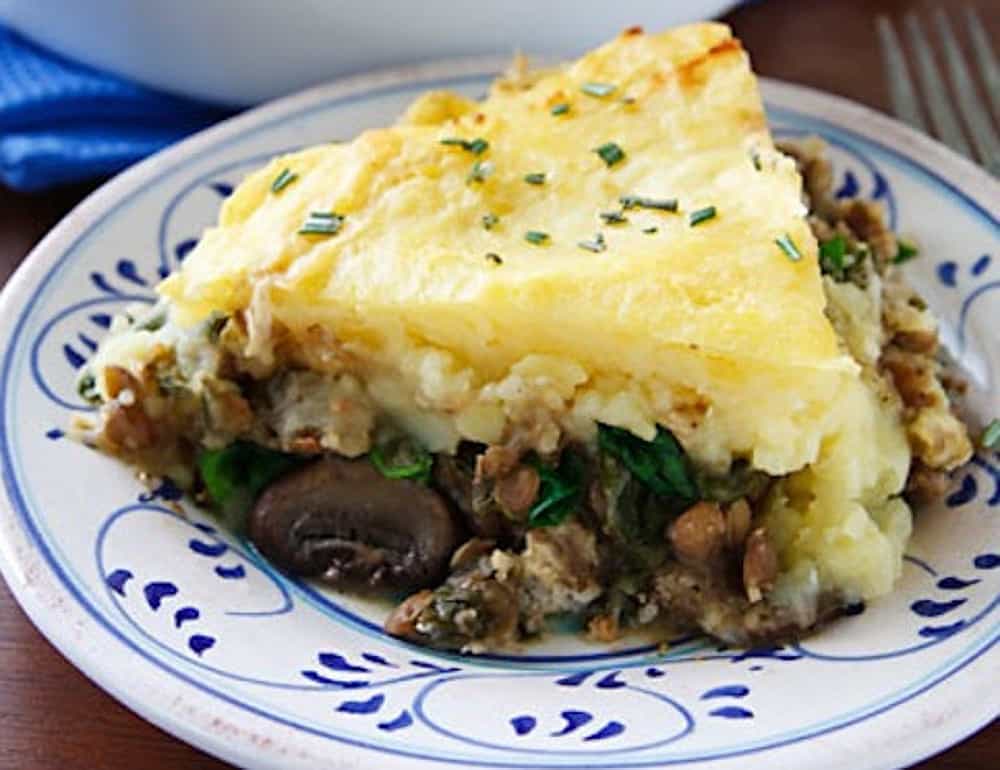 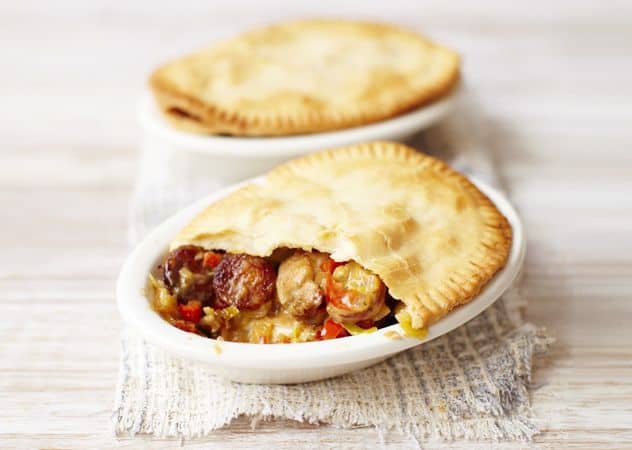 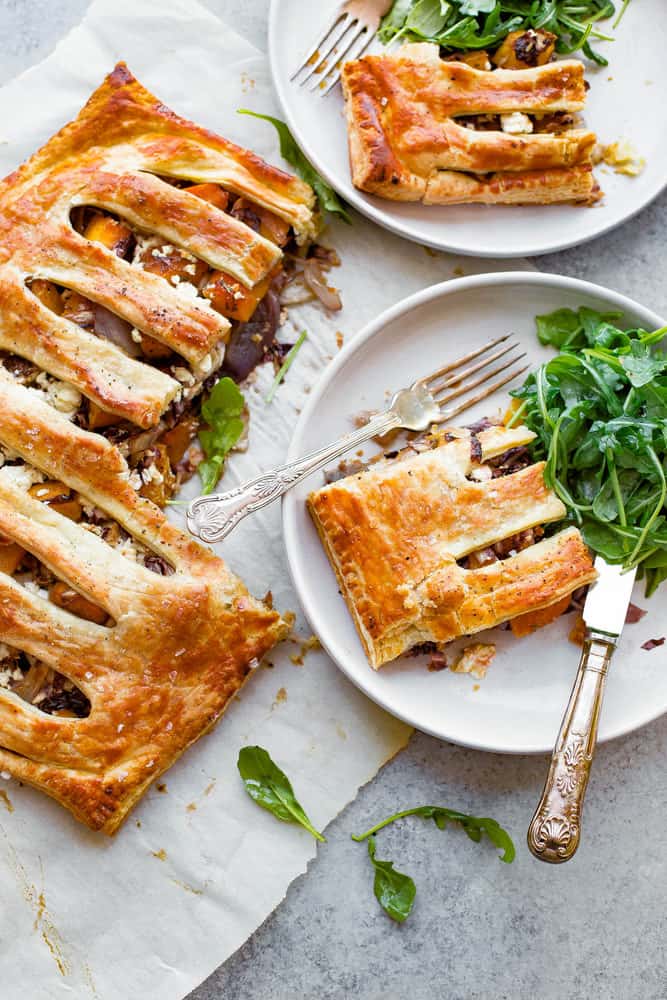 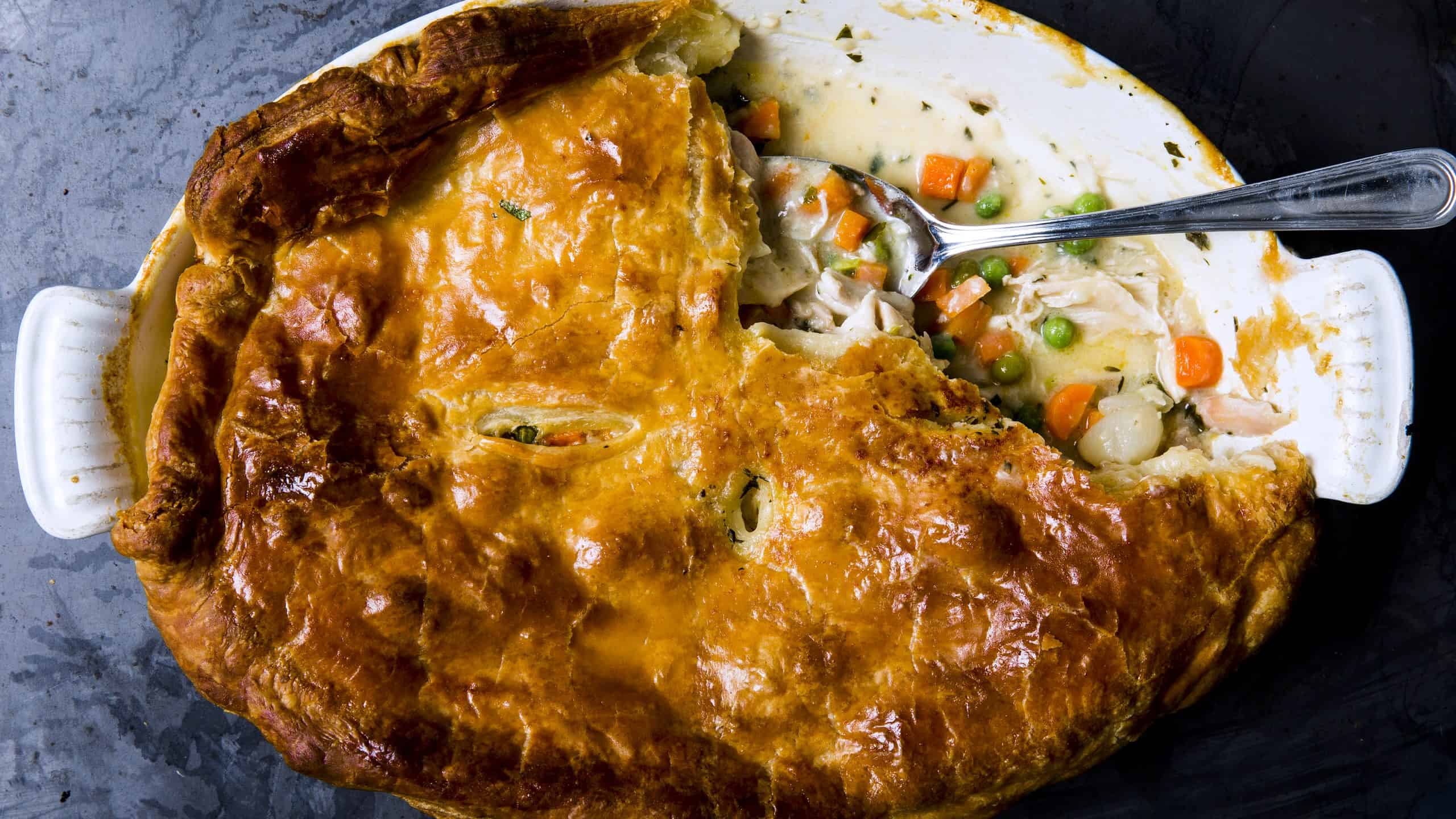 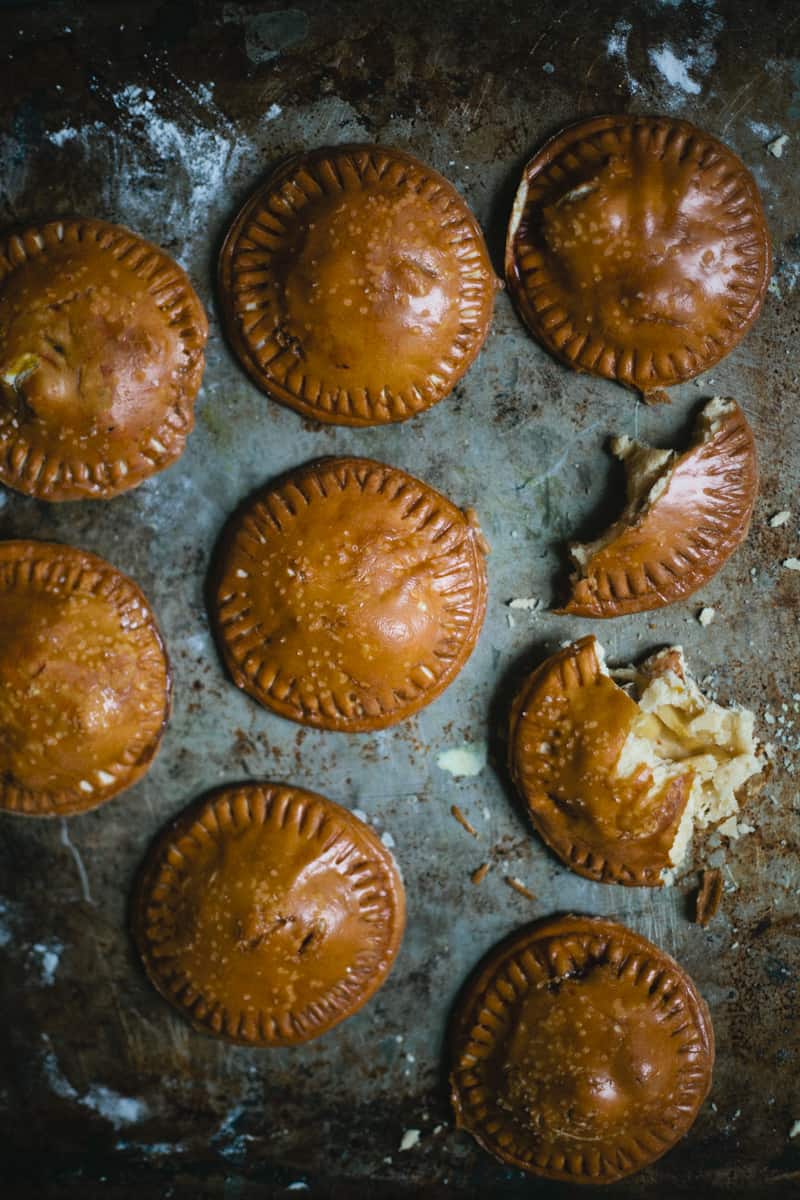 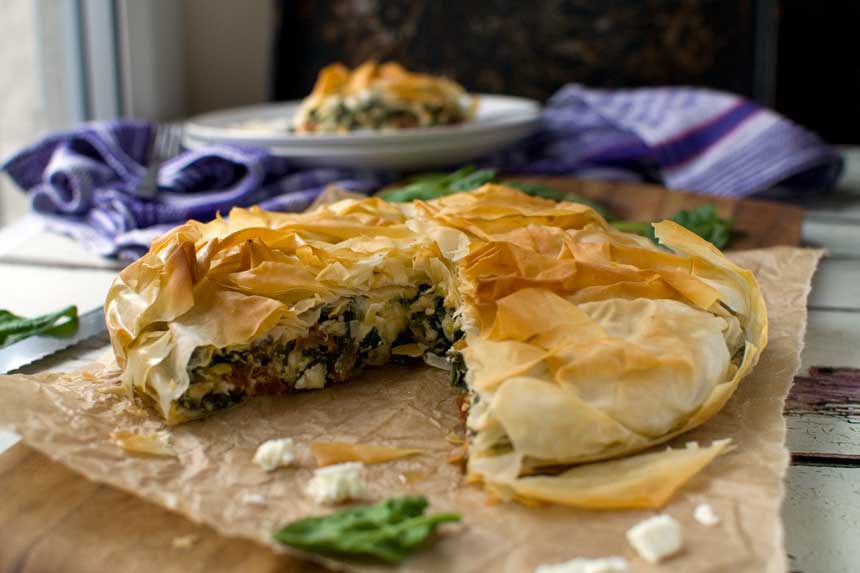 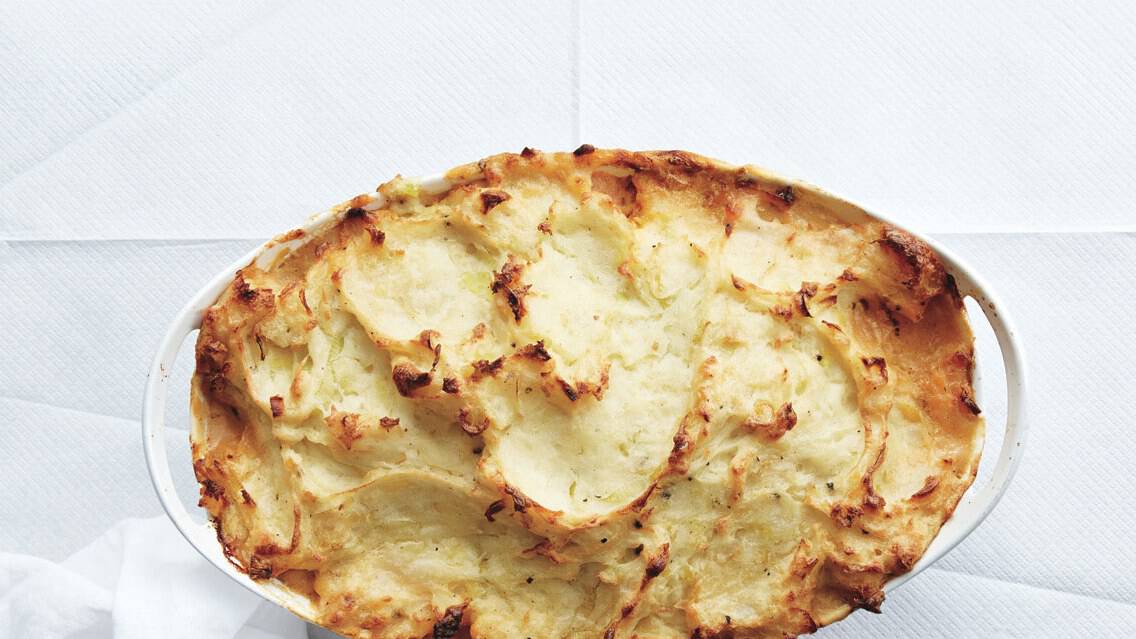 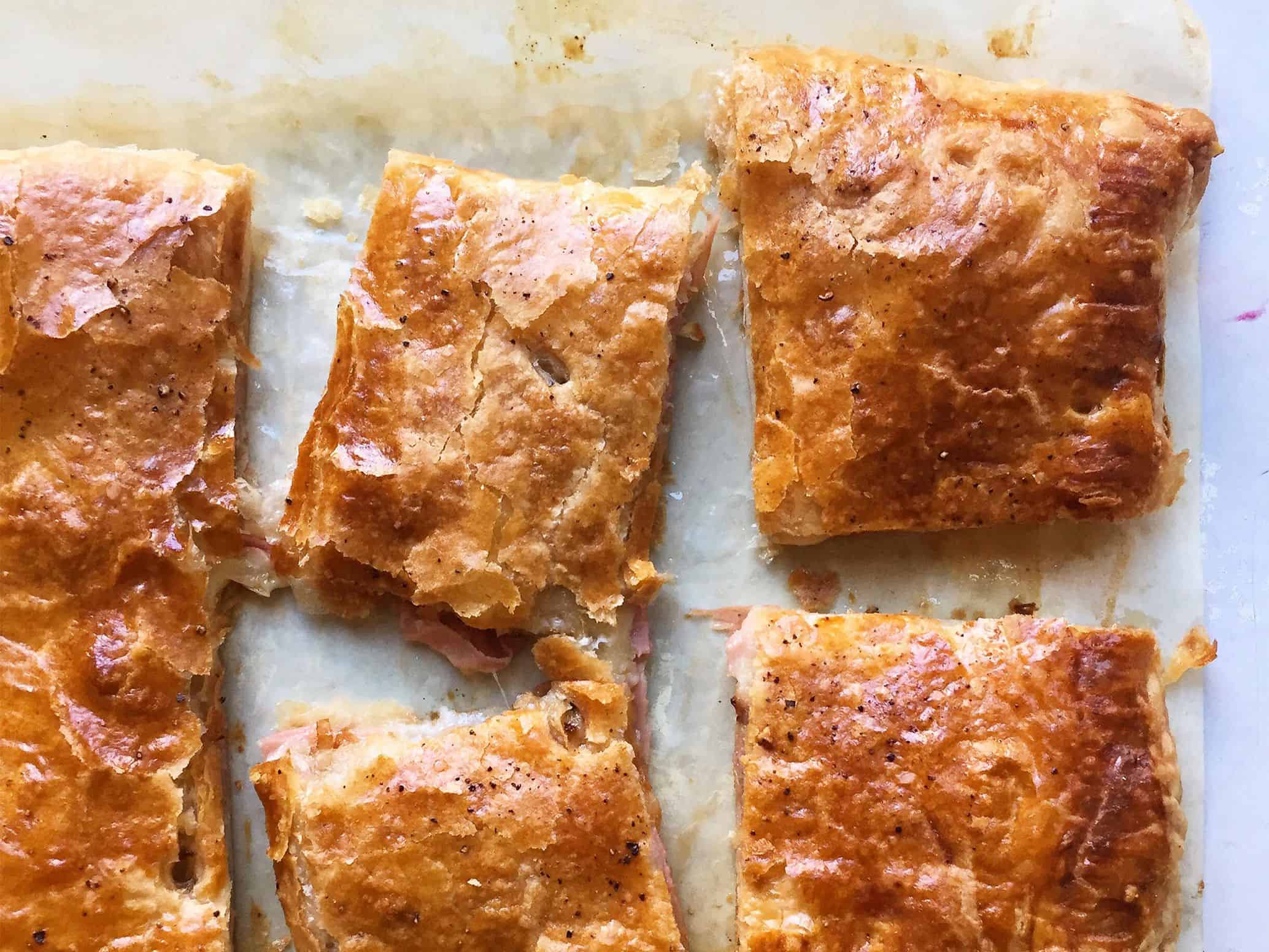 If we’re being honest, even though we’re very well rounded crafting enthusiasts, our very favourite way to get creative is with food. We’re always looking for new things to try in the kitchen and, because we’re such pie lovers, we usually end up baking. Sweet dessert pies are admittedly our very favourites, but there’s something about the fall season that actually makes us crave savoury things more often than not. That’s why we’ve been so intrigued by the idea of learning how to make more delicious kinds of savoury fall pies lately!

Are you feeling just as enthusiastic about trying your hand at a few savoury pies this fall as we were, if not more? Check out this list of 15 delicious recipes, ideas, and flavour combinations that we’ve come across so far in our search.

Chicken pot pie is the kind of classic dinner that a lot of people will make no matter the season, but something about it just makes us feel particularly satisfied in the fall. Between the delicious crust, the warmth of the creamy filling, and the delicious combination of chicken, potatoes, and vegetables, it’s a compact but filling meal that’s nice and easy to serve. This recipe from Bon Appetit is particularly fast and simple to make, even for beginners!

Perhaps you’re very interested indeed in the idea of making a filling, healthy dinner pie but someone in your family also has some dietary restrictions, so you’re looking for a recipe that doesn’t involve meat? In that case, we have a feeling you might get along a little better with this deliciously fall-tasting butternut squash pie with feta, outlined step by step on A Beautiful Plate!

If you’re going to put in all the time and effort it takes to make a delicious savoury pie, would you actually much rather make something that has a little extra flavour or kick to it? In that case, we have a feeling this delicious chicken, chorizo, and cider pot pie recipe from Delicious Magazine might be right up your alley! We wouldn’t say it’s outright spicy, per se, but it’s certainly packed with a more international flavour than the classic chicken pot pie you saw before.

Believe it or not, not every single savoury pie you make this fall has to involve some kind of flaky pastry crust! If you’re more of a veggies and potatoes kind of person, then we’d definitely suggest taking a look all the different versions of Sheperd’s pie you might make instead! Just in case you’re still looking for recipes that are suitable for dietary restrictions, like we talked about before, here’s an absolutely scrumptious recipe from One Green Planet for making a vegan lentil and mushroom Sheperd’s pie from scratch.

Like us, are you a huge fan of the way “combination’ recipes have risen to popularity lately, pulling out the best tasting flavours and textures from two different dishes you love and putting them together in one delicious place? Well, if you’ve ever been a big fan of tacos and Mexican flavours just like you have been of chicken pot pies, then we think you’ll get a real kick out of the way All Recipes made this completely delicious taco pie dish that’s packed with great, unique taste!

Perhaps your very favourite savoury pies have actually always been quiches because you’re a huge egg lover no matter what time of day you’re preparing a meal for? In that case, we have a strong feeling you’ll really appreciate the way The View From Great Island made a quiche-like savoury pie that’s full of good seasonal flavour for this time of year! Get the full details in their tutorial for trying this caramelized onion, goat cheese, and herb pie yourself.

If you could choose any kind of pie, would you actually nearly always choose a pastry based one, but you can’t help wondering whether there might be any possibility for you to make one that’s a little lighter and flakier than the average recipe? Then we have a feeling that philo pastry is a little more along the lines of what you’re looking for! We’d definitely suggest checking out how Scrummy Lane made this delicious Greek spinach and feta philo pie in surprisingly few simple steps.

When we started talking about quiche recipes, did your brain automatically start picturing dishes made with ham and cheese, even though you’re actually more of a pastry based pie fan than and egg lover? Well, who says you can’t swap things up a little instead? Saveur has a great recipe and tutorial to teach you how this mortadella and fontina cheese slab pie was made.

Maybe we’ve still got your scrolling through our list and thinking about the idea of making a delicious homemade Sheperd’s pie, but you can’t help wondering whether you might find a version that tastes even more like fall than usual? Well, so long as you’re fine with the slightly more classic kind that involves meat, here’s a great beef and pumpkin dish outlined in nice, clear detail on Cafe Delites.

Maybe you’re actually finding that you can’t really choose very easily between potato based pies and pastry based pies, even though you know you want to make something savoury? Well, have you ever thought about combining the two ideas in one place with some great seasonal ingredients added to the mix? That’s precisely what The Novice Chef did here when they made this cinnamon pumpkin, squash, and yam Sheperd’s pie where the potato component is inside the crust!

Have your favourite ideas from our list so far been essentially anything that involves cheese, but you just can’t help wondering whether or not there’s a recipe that will give you even more cheese than what you’ve seen, since that’s your favourite food of all? In that case, we think you just might be the perfect person to give this French onion and beef pie with gruyere crust from Olive Magazine a try!

If you’re going to make a savoury pie dish that does involve meat, are you feeling a little more intent on making something that’s more along the lines of traditional recipes? In that case, we think you’ll get along a little better with something like this hearty, flavourful, and carefully seasoned lamb pie outlined step by delicious step on Saveur.

Are you still feeling quite intrigued by the idea of making some kind of potato based Sheperd’s pie recipe but you’re looking for a version that’s a little more unique and nearly-gourmet when it comes to its ingredients? Then we’re pleased to let you know that your patience has paid off! Take a better look at Bon Appetit‘s recipe to see how this potato-topped fish pie with potatoes, leeks, zucchini, and tomatoes was made.

We’ve talked quite a lot about chicken pot pie by this point and shown you several delicious recipes for making different kinds, but what if you’re a vegetarian and can’t make those, no matter how tempted you’re feeling? Then take a look at Kitchn instead, since they’ve got the perfect alternative recipe for you! Their tutorial teaches you how to make a vegan tofu and vegetable pot pie instead of a chicken one.

Within all of the different options we’ve shown you, have you actually been most intrigued by our discussion of the different kinds of pie crusts that are possible to pair with your savoury pies? Well, here’s another suggestion for your consideration before we go! Check out how My Name is Yeh made these mouthwatering fall pretzel pies that taste amazing and are packed full of seasonal ingredients.

Do you have another favourite savory fall pie recipe that you love making and that your family and friends always gobble right up, but that you don’t see anything quite similar to here on our list? Tell us all about it in the comments section or link us to the recipe so we can try it out too!