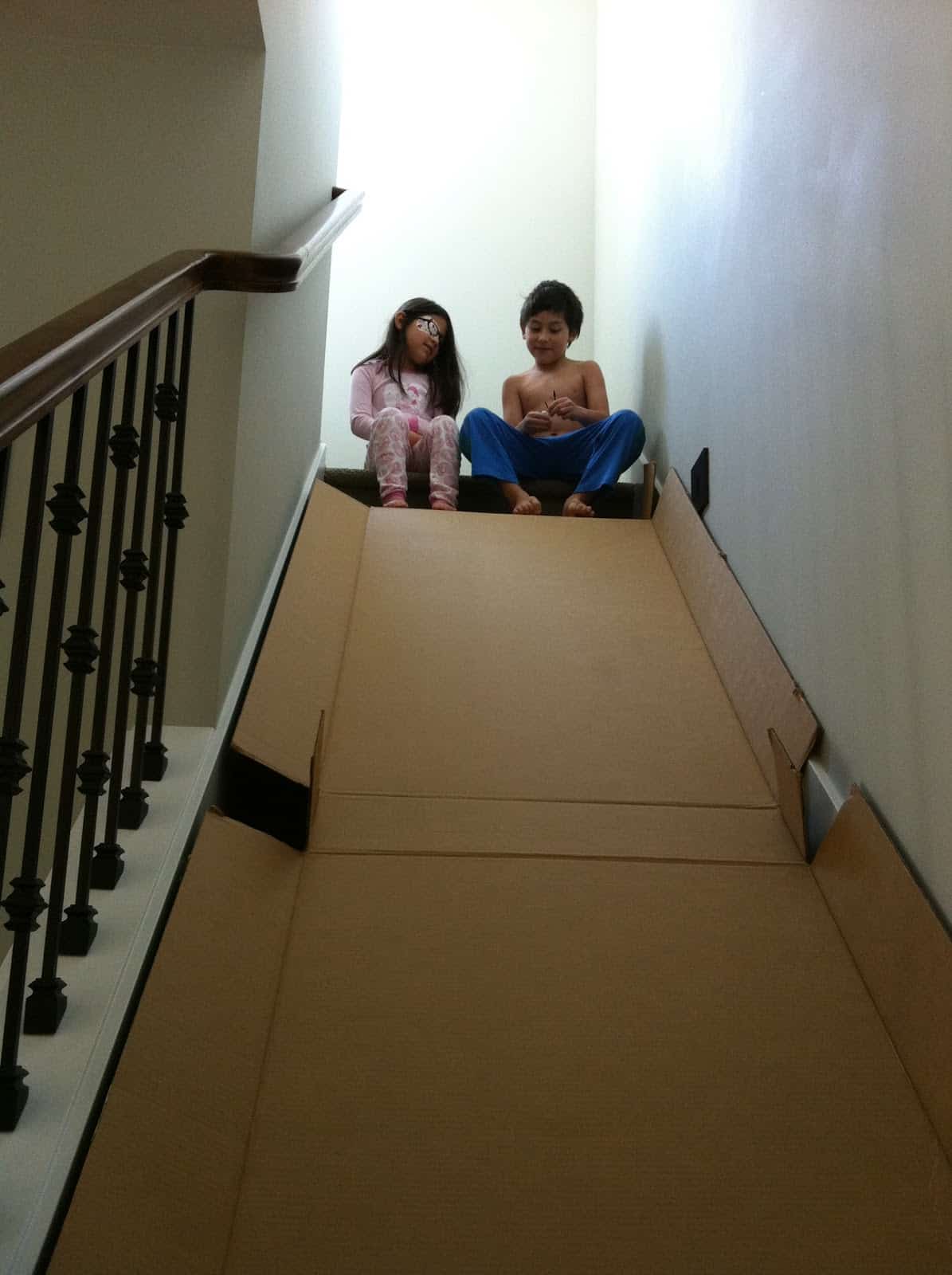 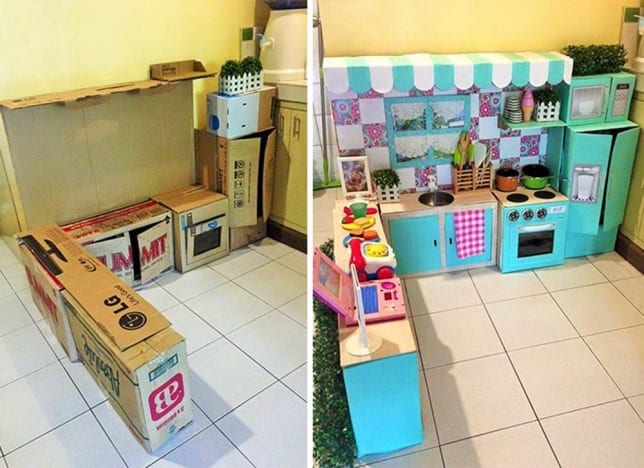 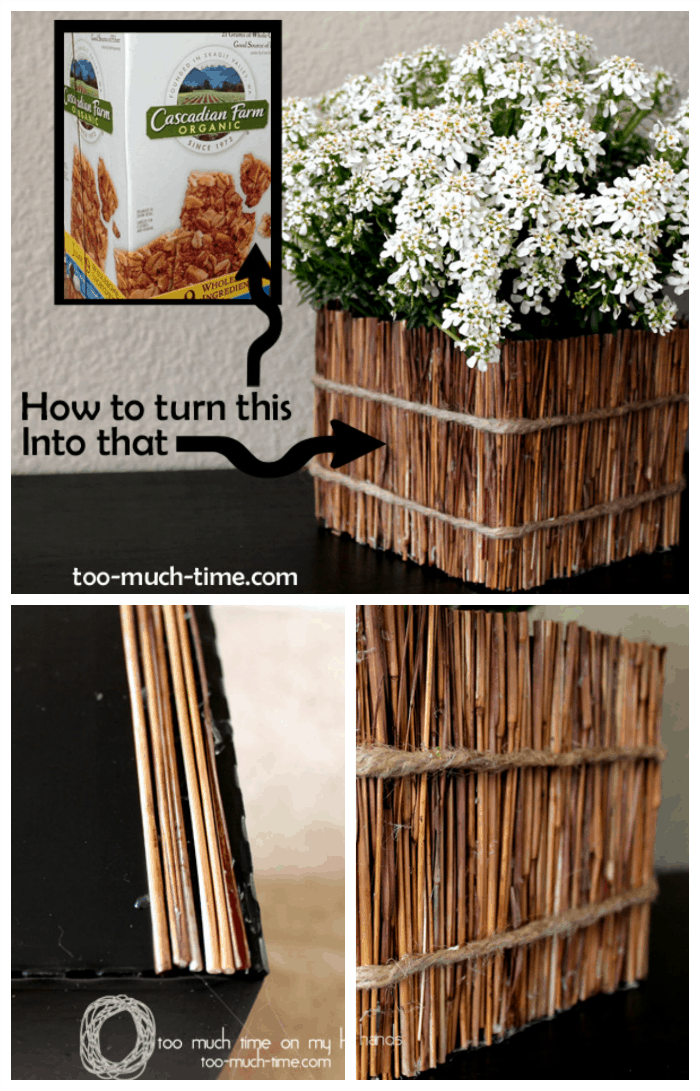 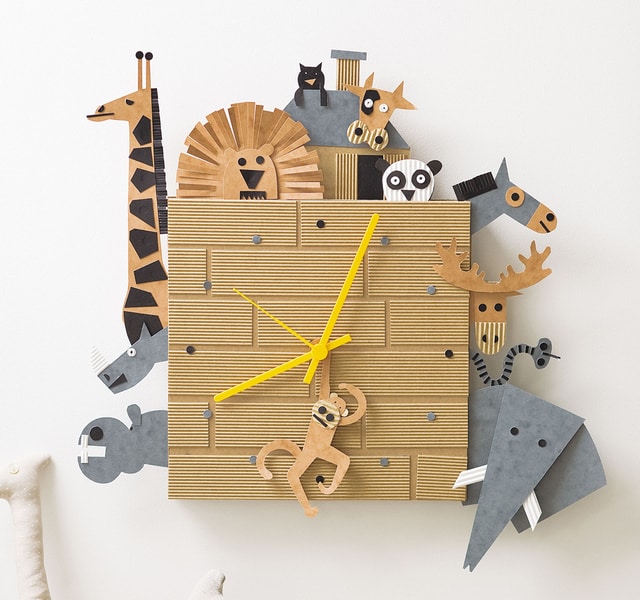 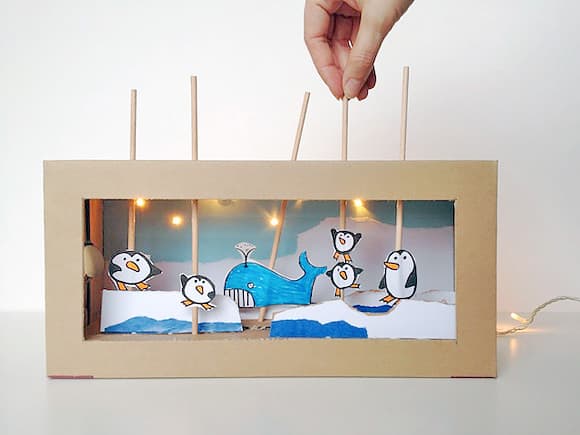 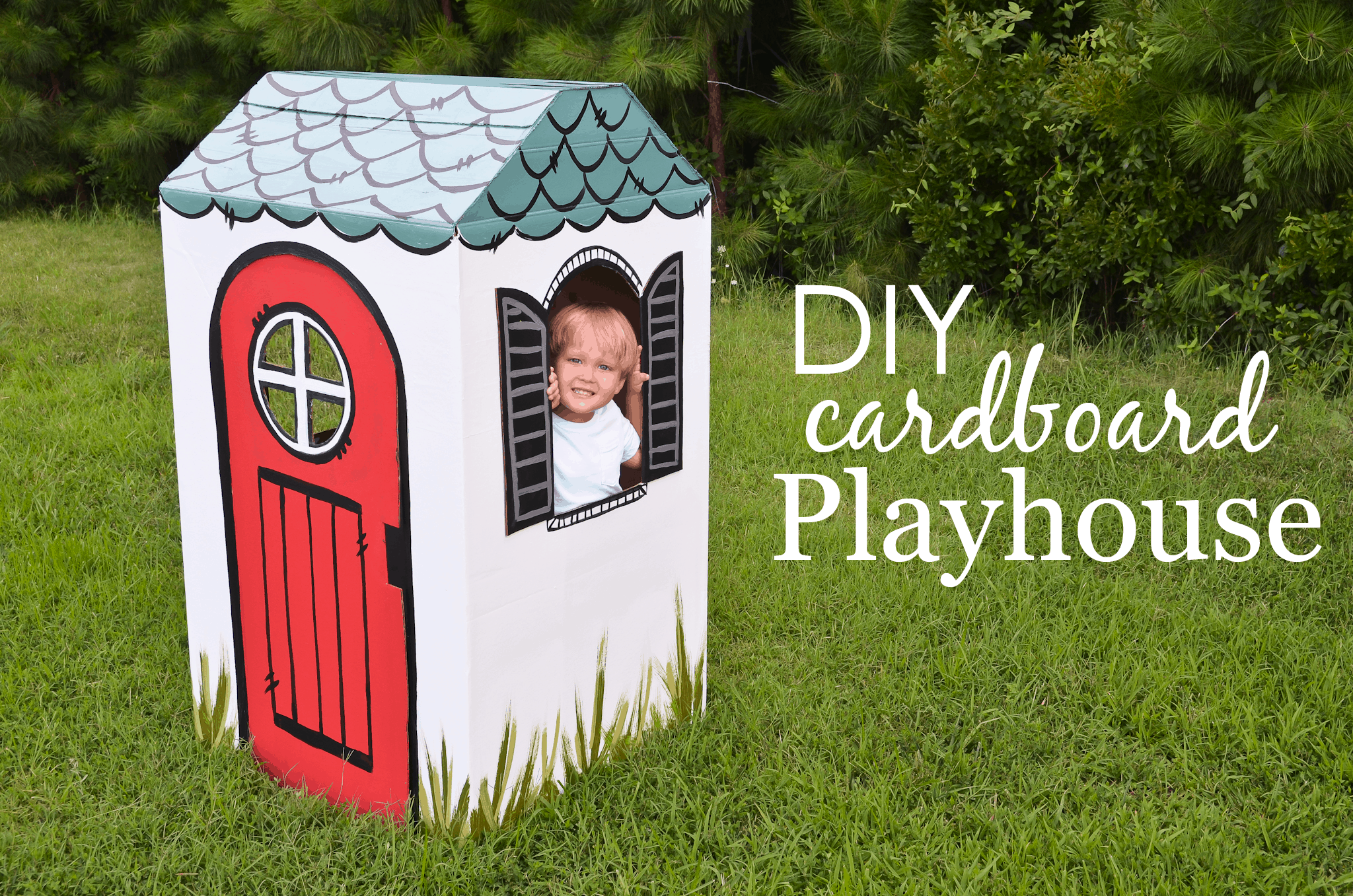 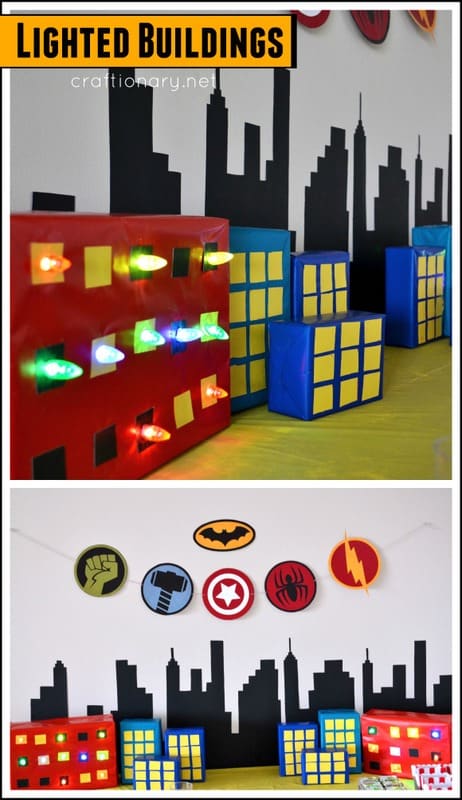 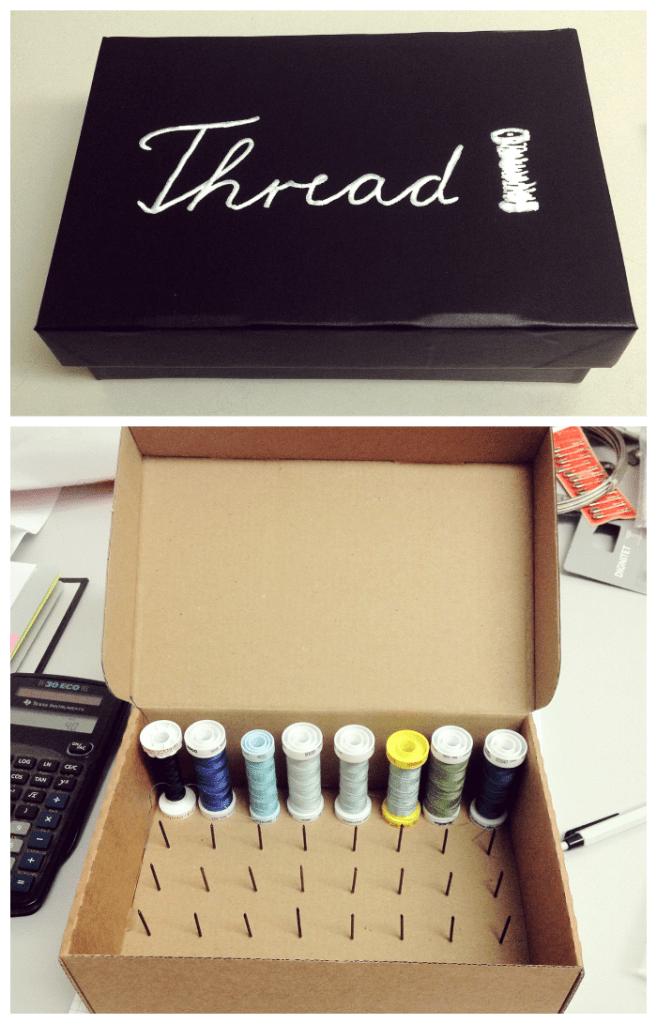 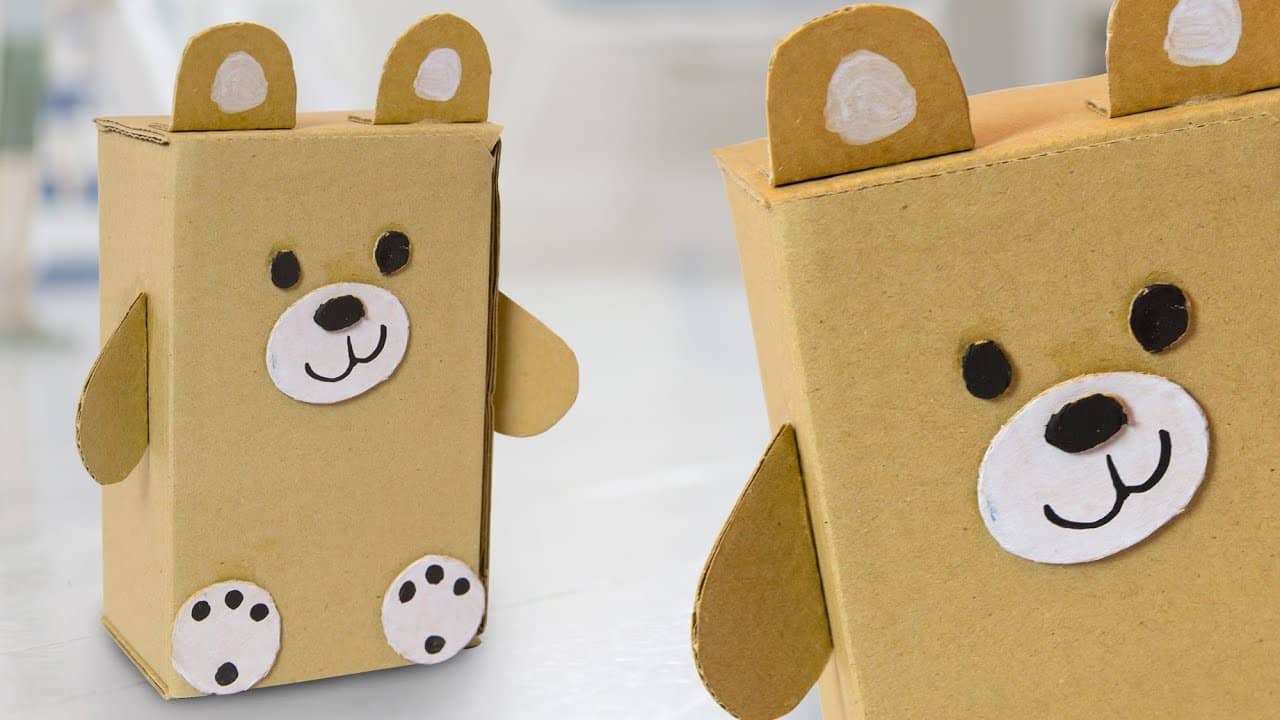 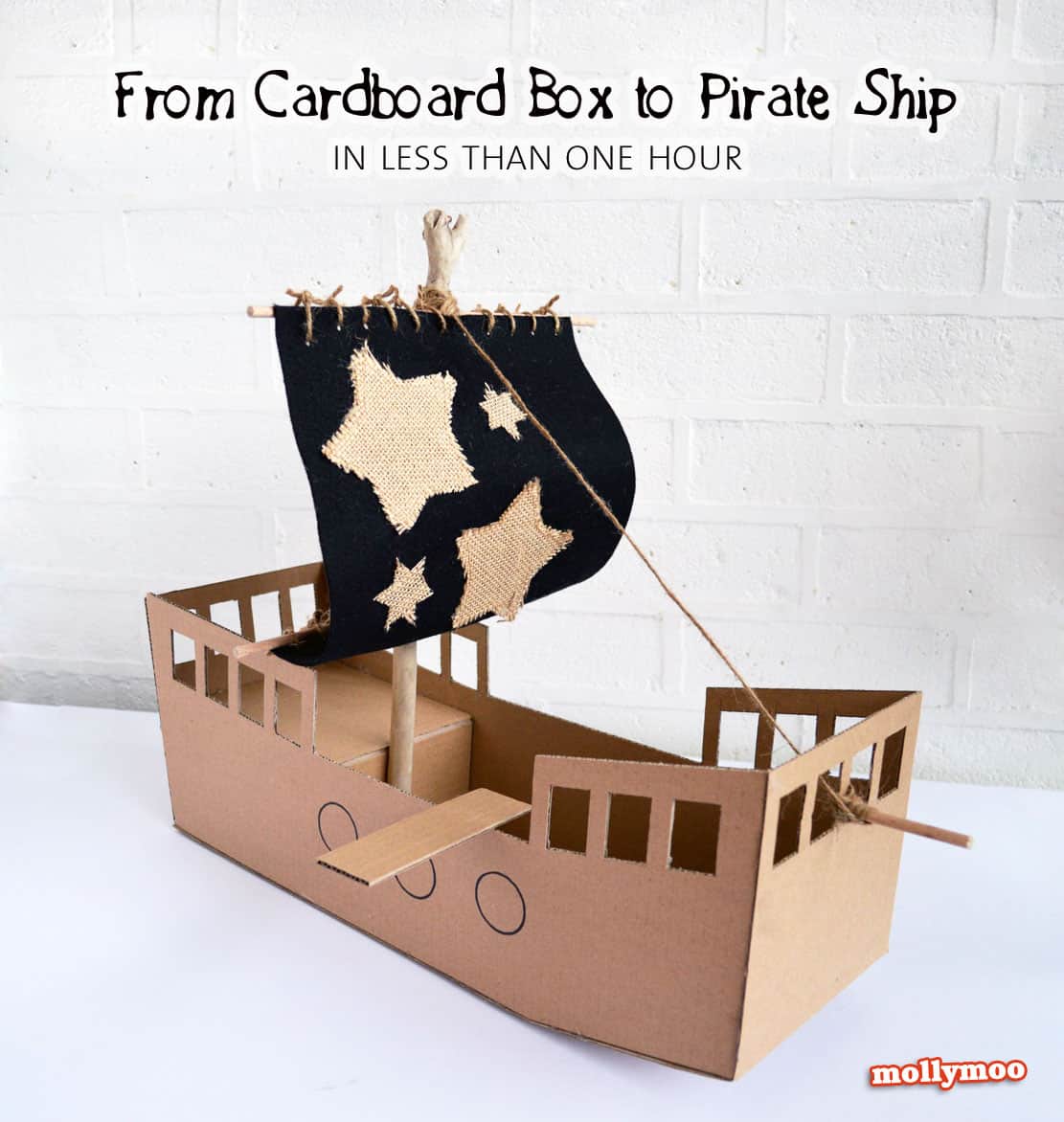 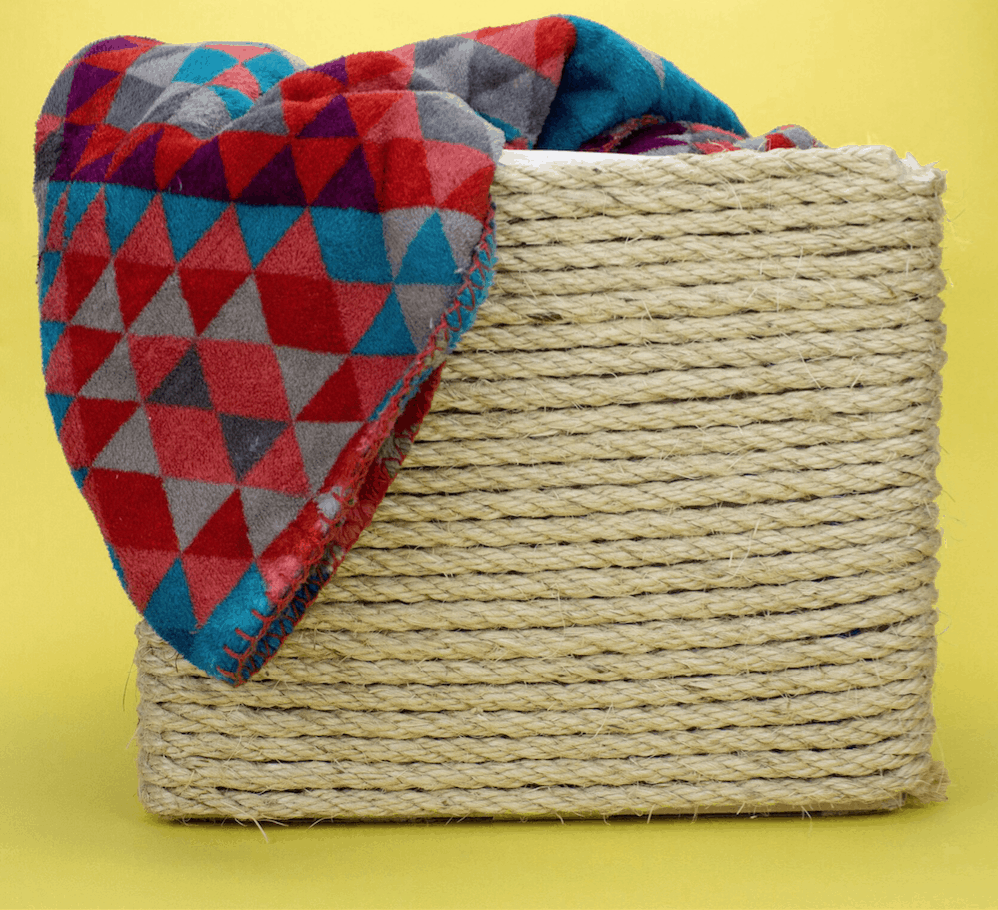 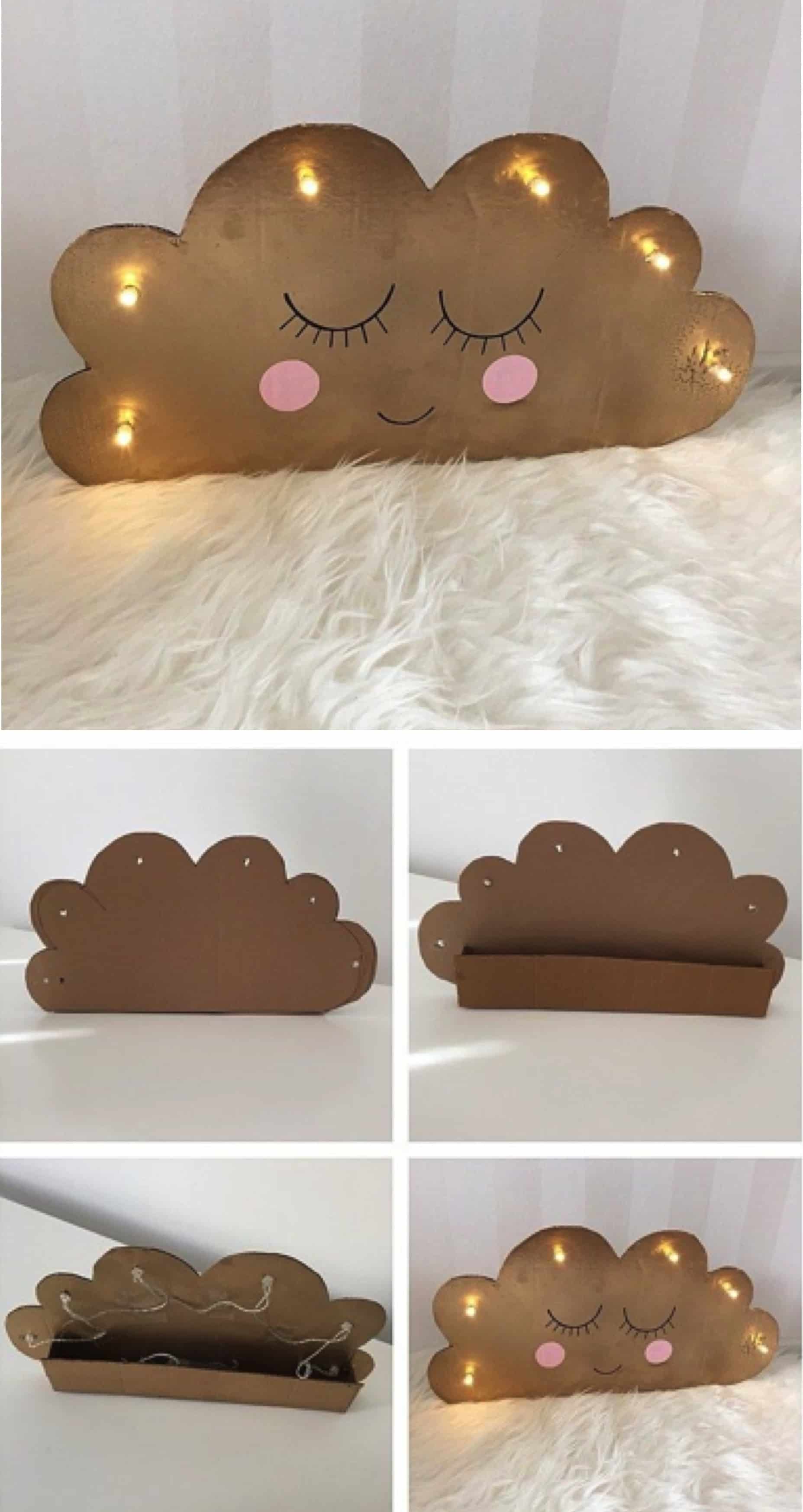 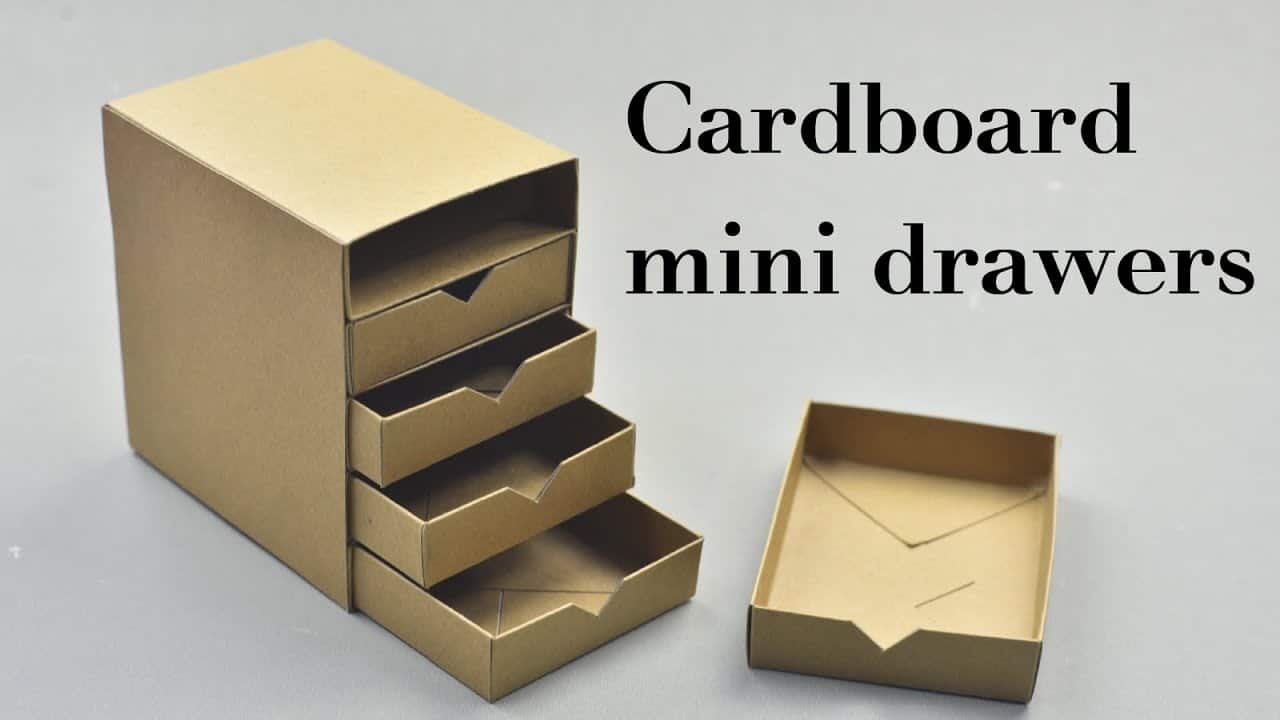 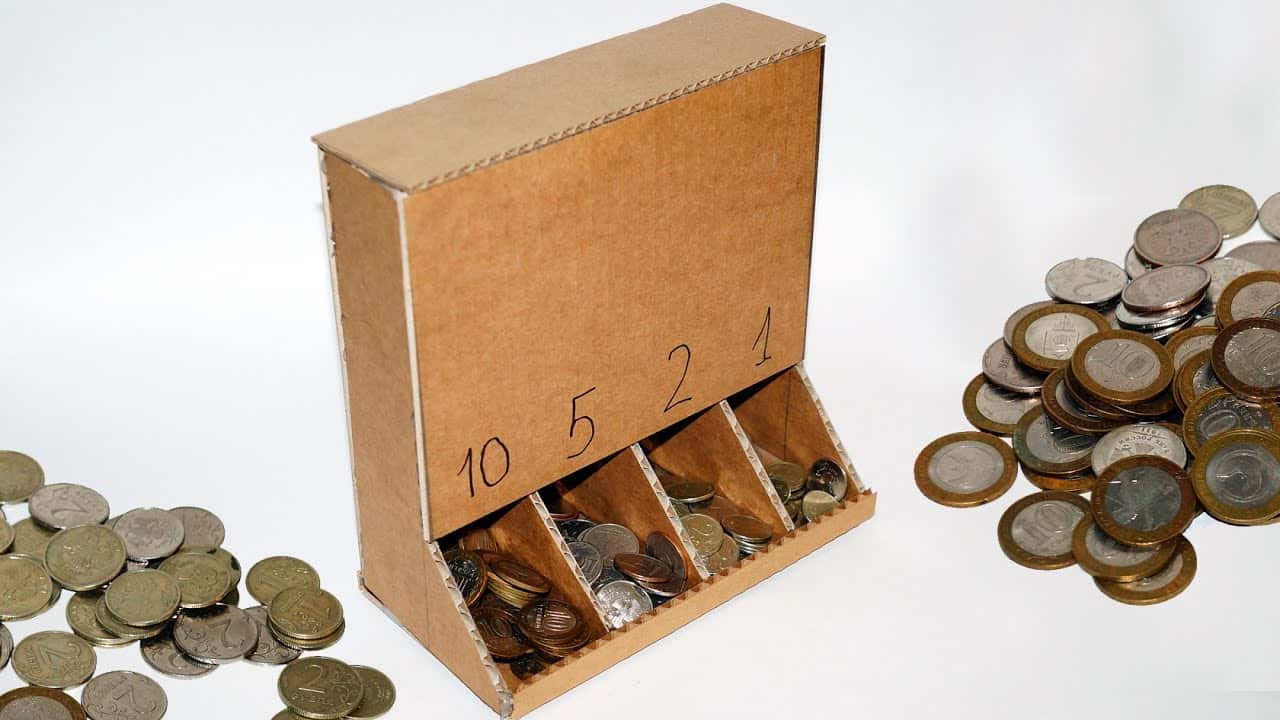 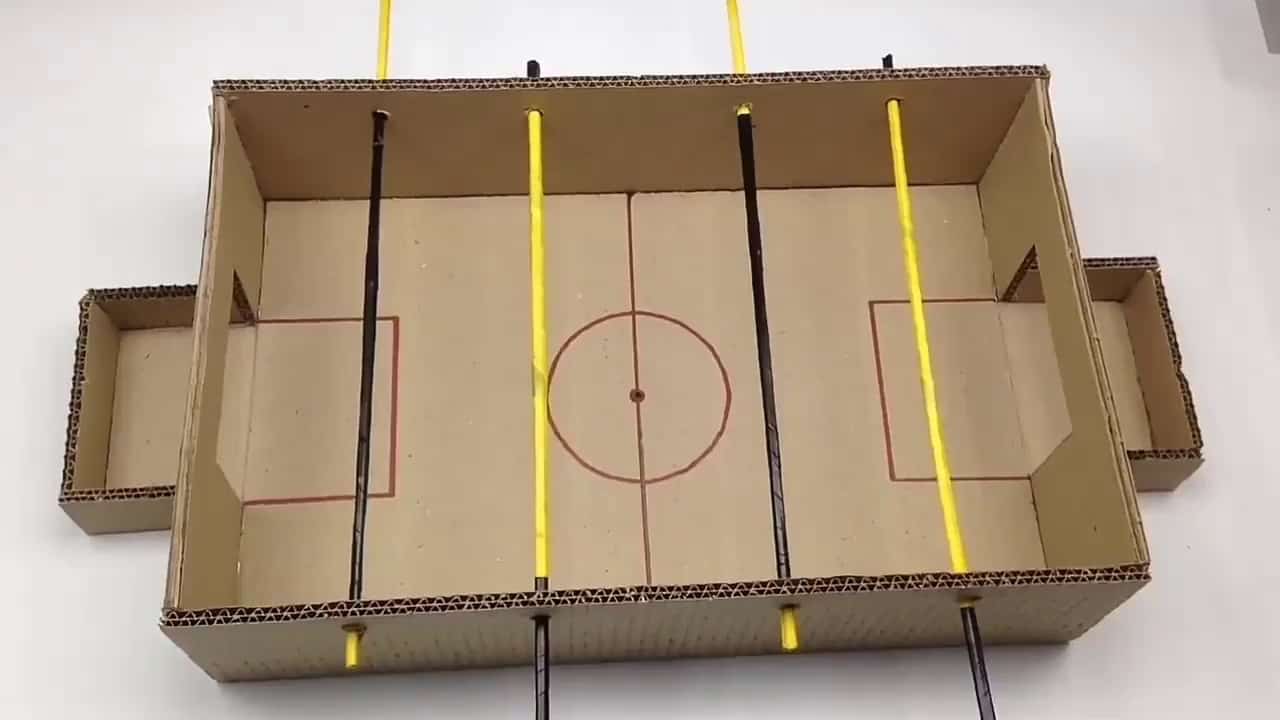 Even when you’re a seasoned crafting enthusiast with lots of practiced skills, sometimes it’s nice to create something simple. Every once in a while, we get back to our crafting roots and get the urge to do some cut and pasting, some colouring, or make something out of cardboard. We’ve been thinking a lot about the latter lately because that’s something we can do with our kids! That’s how we found ourselves scouring the Internet for awesome cardboard craft tutorials that might help us make things extra fun and cool.

If you’re going to put in the time and effort it takes to make something from scratch with your cardboard, would you much prefer to make it something that has a sort of interactive feature, so you and your kids can keep using it after it’s finished? Then we have a feeling this funny foosball table outlined step by step on Creator Guy might be right up your alley!

Maybe you’ve been trying to teach your kids about money and coin counting lately so they can learn how to pay for things themselves, so you’re looking for crafty ways to keep them interested? Then perhaps you’re the perfect person to give this simple but impressive cardboard coin counting machine outlined step by step on Julia DIY a try!

Like most crafters, do you have lots of little supplies and trinkets lately around at all times, meaning you always need somewhere to put them? In that case, we have a feeling you could solve some of your problems by making yourself a simple but very practical set of cardboard drawers, just like these ones featured in detail on Creative DIY!

Perhaps you’re the kind of person who always prefers to keep what they’re creating whimsical and cheerful, but you’ll admit you like a bit of practicality as well? In that case, we have a feeling this adorable DIY cloud light made with cardboard, paint, and fairy lights might be right up your alley! Take a better look at Mommo Design to see how you can make one of your own.

Maybe you like the idea of making some kind of cardboard based storage piece, since you’re always in need of extra storage but you’re also working on a budget, but you’d prefer to make it a little more visually appealing so it blends in with your decor scheme? In that case, we’d definitely suggest taking a look at the way A Little Craft in Your Day made this fantastic cardboard “basket” by doing some rope wrapping across the surface.

Did we actually really catch your attention when we started talking about things that you could make from cardboard with your kids but that they can actually use after,  but you think they’d prefer a different kind of play to the foosball idea we showed you before? In that case, we’d absolutely suggest taking a look at the way Molly Moo Crafts made this fantastic cardboard pirate ship in just a few simple steps!

Just in case you’re still thinking about how much affordable, simple fun it might be to make some cardboard toys with your kids but you think they’re a little fun for a pirate ship, here’s an idea that’s a little more geared towards smaller kids! We simply adore the way Box Yourself made these fantastic cardboard teddy bears than sit upright on their own.

Perhaps it’s actually yourself that you’d prefer to make something from cardboard for rather than just your kids? Well, if you’ve ever been a sewing enthusiast, we think you simply must take a look at the way Murmur made this fantastic thread ands pool organizer using a cardboard box with a lifted lid and some nails poked through the bottom. Your different colours pf thread will be so much easier to find!

Are you the kind of super eager crafty parent who, when you say you’re going to make a DIY toy with your kids, really loves to go all out? In that case, we think you just might be the perfect person to make something like this fantastically colourful cardboard superhero city from Craftionary! Besides looking awesome and being customizable, we were also floored to learn that it lights up.

Much like cats, are your kids seemingly unable to explore any cardboard box they come across that looks even remotely big enough to fit inside? That sounds just like our family too, which is why we thought this jumbo cardboard box playhouse from Project Nursery was such a good idea! They show yo how they painted the outside of theirs and even reinforced it so it can be used outside without getting ruined, so long as you don’t leave it outside in the rain!

Perhaps your kids are the kind of theatrical little ones who love making up skits and putting on talent shows and plays for you and all your family and friends? Then we have a feeling they’d get along very well indeed with something like this awesome cardboard puppet show box featured in detail on Handmade Charlotte. We love that they even show you how to use fairy lights to give your puppet show some stage lighting!

Have you actually always been interested in origami, the art of folding paper, so working with cardboard is no stretch for you and you’d like to try something a little more artistically challenging? Then we think you simply must take a look at the way Stitch, Craft, Create made this stunning animal clock that is not only adorably themed after Noah’s Arc, but that actually works to keep the time!

Perhaps your favourite option on our list so far has actually been the rope wrapping idea because you like the simple task of covering the surface of a cardboard box in something, but you just don’t feel like you need an extra storage basket? Well, if you’ve ever been a fan of putting flowers out around your house, then perhaps you’d get along a little better with something like this farmhouse chic twig planter outlined step by step on Too Much Time!

Did we sort of pique your attention when we started talking about the idea of making your little ones a cardboard playhouse because you know they love playing house, but you also know the kitchen is their favourite part of the home, especially since they’re always trying to help you there in real life? In that case, we have a feeling you’ll all get a real kick out of the way Metro made this amazing DIY kids’ play kitchen from cardboard boxes and paint!

Perhaps your boxes are huge and your kids and rambunctious and you know you’d be better off helping them do something really active with that cardboard? Well, this concept is obviously temporary, but we tried out this hilarious cardboard staircase slide idea featured in detail on The Contemplative Creative and everyone in the house had a blast no matter their age! We made sure to put some cushions at the bottom of ours for safety’s sake, just in case anyone accidentally picked up too much speed.

Have you made other kinds of fantastic DIY projects and crafts from cardboard before that you really enjoyed but that you don’t see here on our list? Tell us all about what you created and how you did it or link us to photos of your finished work in the comments section!

50 DIY Christmas Gifts for Dads That Don’t Want Anything