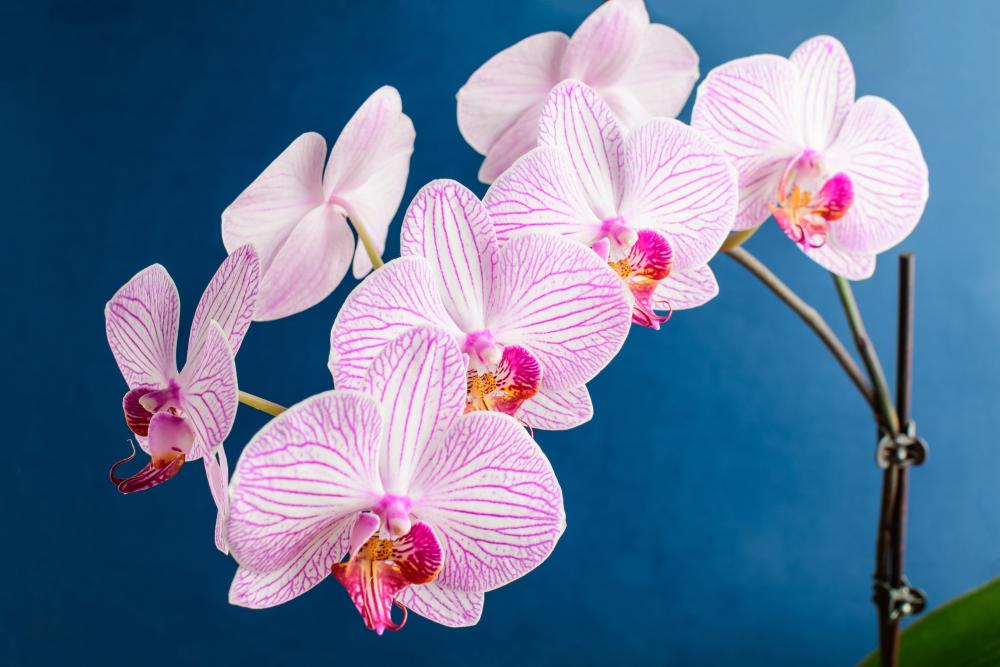 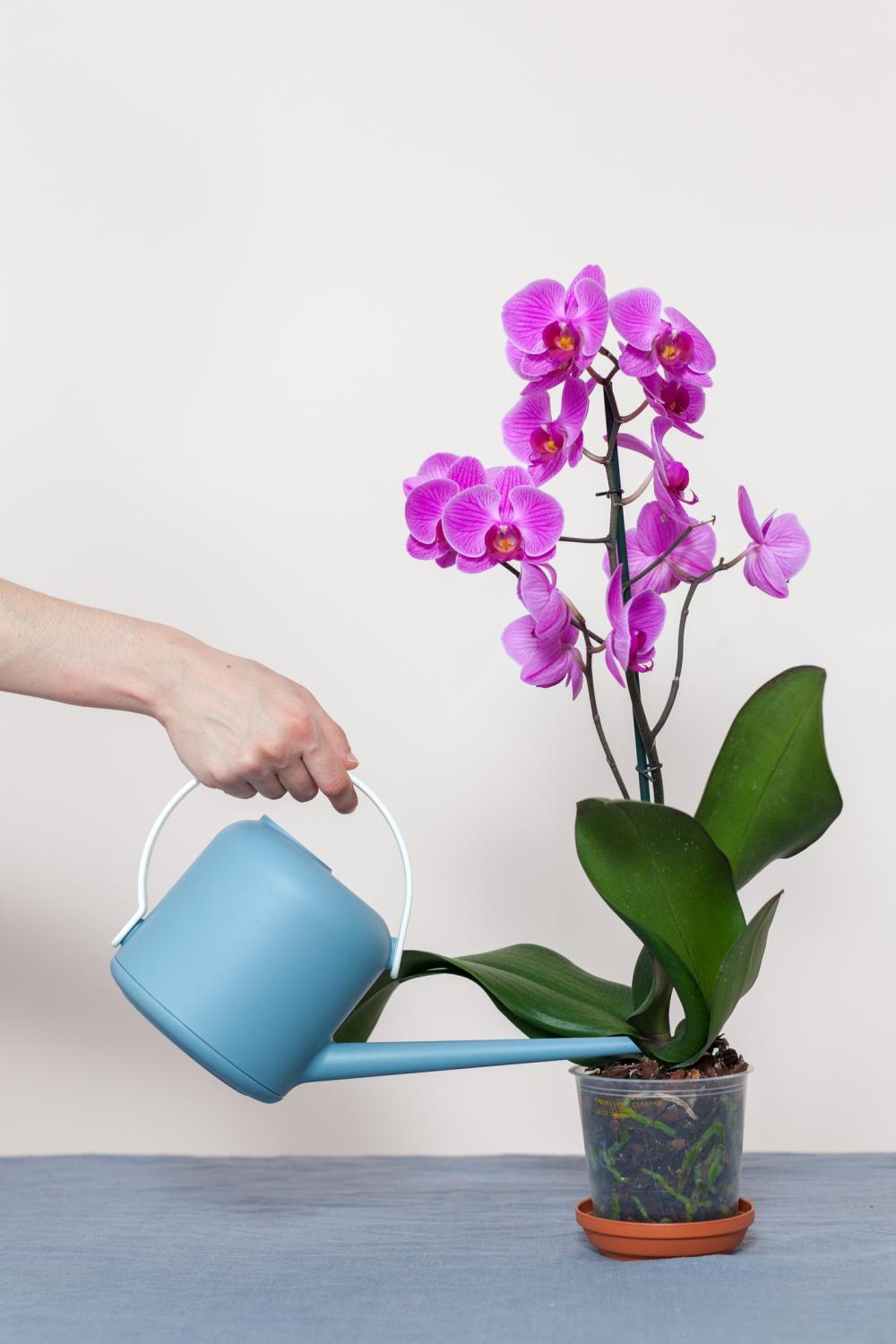 While orchids have their undeniable beauty and charm, those qualities come at a price. For starters, you have to be almost always engaged with the young plants, giving them as much care and attention as you would a human child. But unlike children that grow up and become independent, your orchids will remain dependent on you throughout their life. 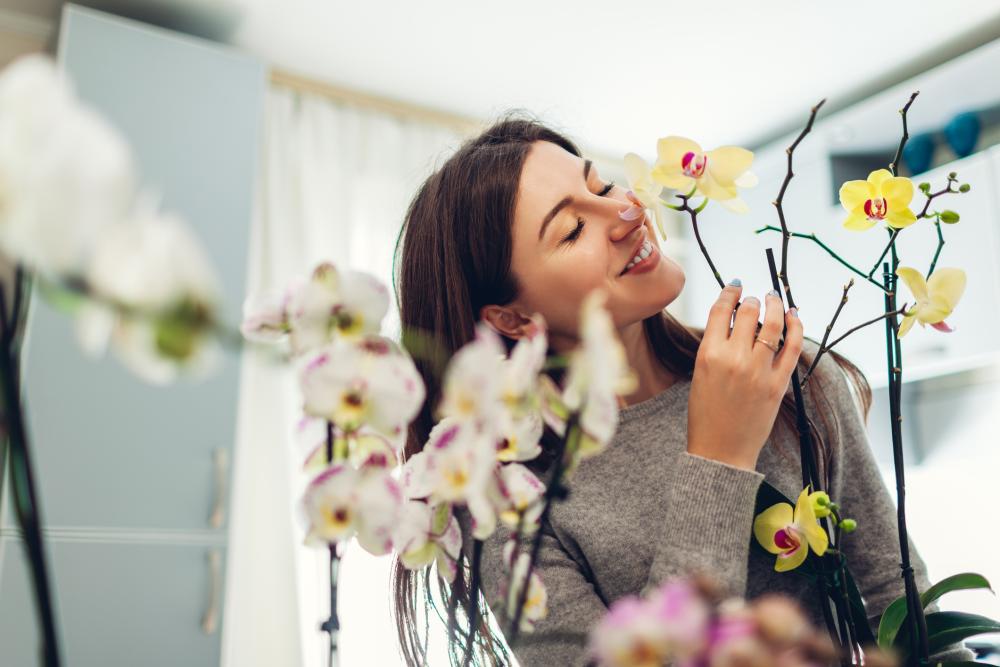 And then there are the orchid growing problems. While most of those problems are related to the leaves, some will affect the buds or the crown itself. So you’ll have to grapple with dropping leaves, sticky leaves, dropping buds, and the occasional crown rot. Not to mention wintering the plants when the weather turns cold. Read on to find out how to deal with each and every one of those orchid growing problems and how to keep your plants healthy.

While most houseplants and even those growing the garden tend to lose some of their leaves, it’s often done at a slow rate and with a tiny fraction of the overall foliage. So if you see one of two leaves have fallen in the pot, that should be no cause for concern for you. This is just the orchid’s way of refreshing its foliage and growing new leaves. Out with the old and in with the new.

But when half the foliage drops all at once, and the plant looks almost bare, then you have a problem on your hands. And before you do anything, you need to check the conditions around the potted plant. Is the soil already dried out? Did you use the wrong type of fertilizer, perhaps? Or maybe the plant is under attack by pathogens eating out its roots and blocking the inner vessels that carry nutrients and moisture to the leaves?

Naturally, each one of those three reasons requires a different solution. Irregular watering habits can put the orchid under a lot of stress that forces it to shed its leaves as a survival defense mechanism. So here’s how to deal with each situation and bring the orchid back to health.

Being a tropical perennial plant, orchids need winter preparation and a lot of protection. If left to their own devices, the plants might succumb to the first frost or go through some severe damage in the freezing temperatures of the cold winter months.

There’s a myth surrounding the hardiness of these plants. Some people claim that orchids can survive cold temperatures. But since you’re growing an ornamental plant, and not putting it through rigorous training to toughen it up, you should strive to make your orchid as comfortable as possible. And one of the tenets of orchid comfort is preparing the plants for the long winter months ahead.

Even if you’re keeping the orchid indoors as a houseplant, you should always make sure that the temperature during daytime doesn’t drop below 50 degrees F. It can rise to 80 degrees F. during the summer months. But chilly conditions can damage the plant.

Many orchid growers don’t realize that even if the plant is sitting comfortably on a window sill, it can still get exposed to cold temperatures. A closed window can still become too cold and hurt the potted plant. Here are a few steps you can take to protect the orchids during the winter.

Crown rot is the kind of disease that is totally avoidable. In 9 cases out of 10, crown rot is the result of a human mistake and not a pathogen that sneaks on the plant and ruins it. So what is crown rot? The crown of the orchid is the part of the plant that connects the roots to the leaves. You can think of it as the torso of the plant. It’s packed with vessels and pathways that transport nutrients and moisture from the roots up to the leaves and flowers.

When watering the potted plant, there’s always a chance that some stray water droplets will land on the basin of the orchid where the leaves meet the crown. This stagnant water becomes a breeding ground for a lot of pathogens that cause the crown to rot.

Since orchid crown rot is a human error, that means it can be prevented by following the proper orchid care guidelines. However, even if crown rot sets in, there’s still a pathway for you to save the plant and bring it back to life. So how would you fix the problem and prevent it from happening in the first place?

Ornamental plants such as orchids need to look their best every day, all year round. You won’t tolerate the plant going haywire with leaves and stems growing wildly. And you won’t like it if the leaves turn yellow, droop, or even fall off the plant. So what would happen if sticky goo creeps over the surface of the leaves and covers their natural beauty under its slimy substance? You’ll probably go into panic mode and start frantically calling your local nursery.

But there’s no need for that. First, you need to examine the sticky substance. If it’s clear, then there’s no need to do anything. But if it’s murky or dark looking, then it might be the secretion of pests such as mealybugs and aphids. But if you can’t stand the sight of sticky goo dripping off the leaves no matter its color, then you need to take action.

Orchids know how to attract pollinators to their flowers. They do that by covering the leaves with a sweet and sticky substance that many insects find irresistible. But this same goo also attracts other pests which can cause damage to the plant and whose mere presence in your house means you must have left a window open somewhere. So what can you do about the sticky orchid go?

The last thing any orchid grower would like to hear is that the orchid buds are dropping. While the leaves of the plant have their decorative values, the flowers are by far the most important part. So when the orchid buds start dropping, you have to find out what’s going on and how you can stop it to preserve some blooms for the season.

Orchid bud blast is more common than you think. And it often has to do with the growing conditions more than a pathogen wreaking havoc with the orchid. To prevent it from happening, here’s what to do.

How to Repot an Orchid Plant Safely, Without Killing It