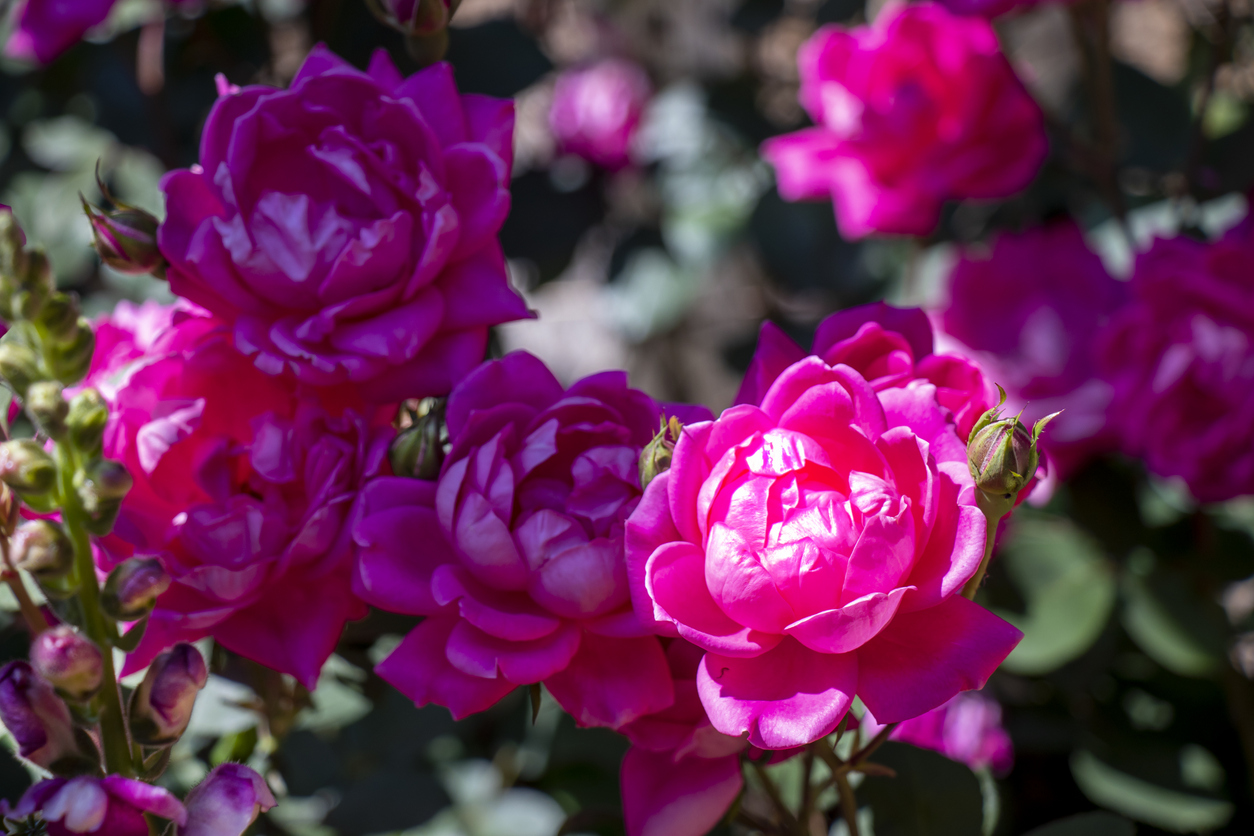 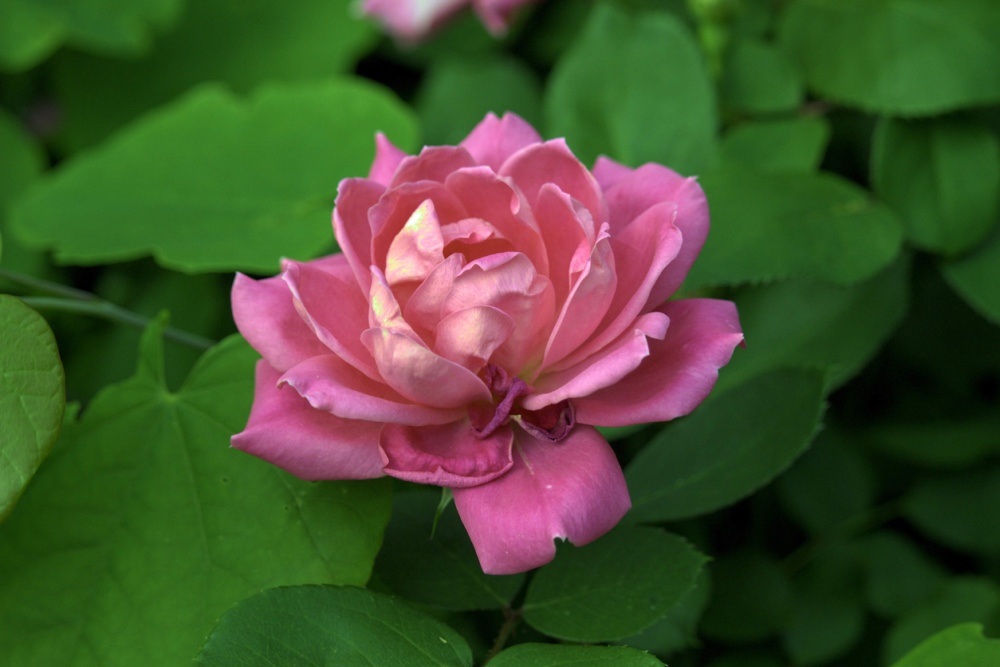 Knock Out roses are a league of their own in the world of gardening, ornamental plants, and floral arrangements. Known for their high resistance to diseases and their low-key maintenance requirements, these cultivars are a show stopper in every sense of the word.

People who consider roses not worth the hassle and amount of work put into growing and caring for them, will not hesitate to give Knock Out roses a try. They are easy to grow and have a long bloom season that lasts from the spring until the first frost. And did we mention that they have versatile landscaping uses and come in different varieties? So what does it take to grow Knock Out roses in our garden? Surprisingly, not a whole lot. Read on to find out how to grow and care for these long-blooming cultivars.

All about Knock Out Roses

It is rare for a cultivar to gain such popularity and acceptance in such a short time. First created in 1989 by Will Radler, Knock Out roses became a horticultural sensation almost overnight. Like many other rose enthusiasts, Radler wasn’t happy with the amount of work your average garden-variety rose took. Nor was he impressed with the ease with which roses succumbed to disease or any slight change in the weather.

His creation, the Knock Out rose, addressed all of these problems while also keeping all the good qualities of the roses. The depth of color, the variety of shades, the delicate beauty, and the unmistakable fragrance are all present in the new cultivar.

The hardy Knock Out rose bushes can grow in zones 5 to 11 with some varieties handling zone 4 with the proper winter protection. The mature bush grows to 4 feet tall and the same in width. Once you have the bush growing successfully in your rose bed, you can expect a bonanza of colors and fragrances that start as early as the spring. The roses have different colors ranging from pink and red to yellow and white. Their fragrance brings all the good insects to your garden.

Knock Out roses remain in bloom from mid-spring all the way to the fall. But the first frost will put an end to the flowering season and the bushes go into dormancy until the next spring.

Designing Ideas with Knock Out Roses

Knock Out rose bushes are nothing but versatile. Their design and landscaping ideas are only limited by your imagination. Any ornamental design that you could use the regular rose in, the Knock Out rose will serve it better. Here are some ideas you can implement in your garden, patio, yard, or indoor designs.

Naturally, and since this is a cultivar, there are many varieties of the Knock Out rose bushes that you can grow in your garden. It’s not just about the different colors and fragrances, some varieties are more cold-tolerant than others.

How to Grow Knock Out Rose Bushes

Since the Knock Out rose is a trademarked cultivar protected by copyright laws, the best way to grow it in your garden is to purchase the plant from a licensed nursery. You shouldn’t try to start the cultivars from seeds. Not only are the results unpredictable, but you might be breaking the law in so doing. With the legalese out of the way, let’s see how you can grow Knock Out rose bushes in simple steps. 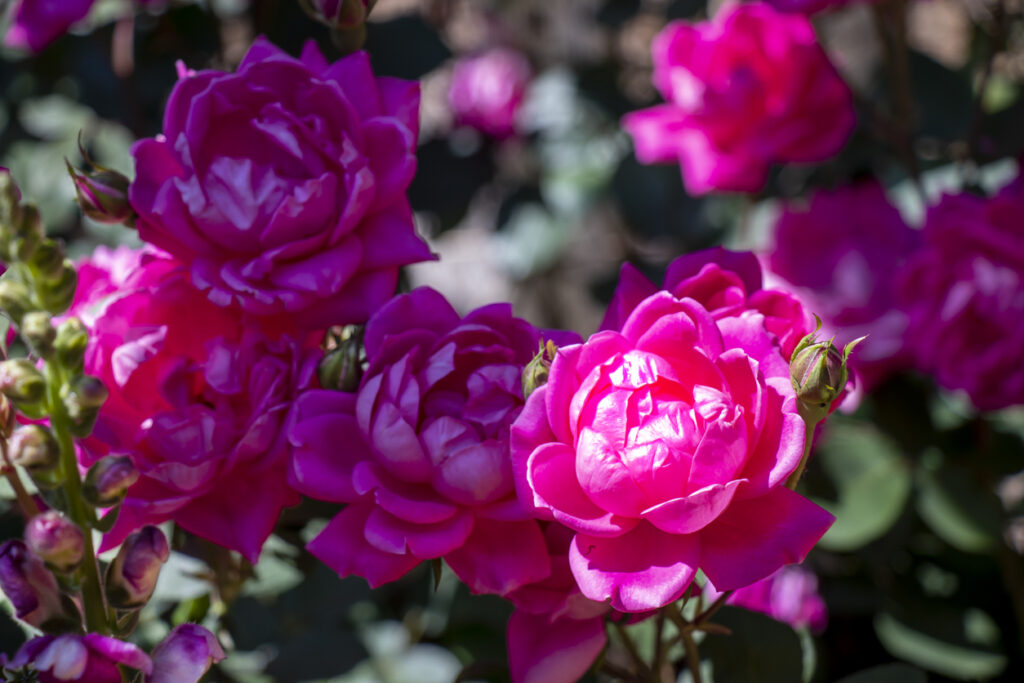 With the Knock Out rose bush growing in your garden, you got half of the work down. The other half involves occasional pruning, some watering and feeding, and of course enjoying the colorful bloom throughout the spring and summer.

One of the best things about cultivars is that they give more for less work. This applies to Knock Out roses and their watering needs more than anything else. Unlike traditional roses that need a lot of watering, these cultivars get by with minimum amounts of water. Limit your irrigation to once a week and focus on getting the soil moist rather than wet. As long as the soil is well-drained and is neither too sandy nor too clayish, your bushes will grow well and thrive. Don’t overwater the cultivars since the roots are sensitive and succumb to root rot quite easily.

Experts including the creator of the Knock Out rose cultivar recommend using organic materials, aged manure, and compost to feed the bushes. If you have particularly rich soil in your garden, then you might not need fertilizing for the first couple of years of the bush’s life. But sooner or later, the nutrients in the soil deplete and the flowers diminish both in size and abundance. That’s your cue to apply organic compost once in early spring. If that’s not enough, you can feed the bush with mild banana peel compost tea about once every 4 weeks.

If you have experience with growing roses you probably know one thing or two about rose deadheading. The good news is you won’t have to worry about that with Knock Out roses. These bushes are self-cleaning and don’t make a mess nor do they require you to clean up after them. In other words, you won’t have to go around plucking dead roses that are still clinging stubbornly to the bush. The young emerging flowers just push the old ones out of the bush the same way a growing tooth pushes the milky one out of your gums.

You won’t need to prune the bushes either. The Knock Out rose maintains its bushy shape and size throughout its lifetime. You can still experiment with the bush to create a spherical shape or make it a little more compact. Just go easy on the pruning so that you don’t stunt its growth.

Although hardy and cold-tolerant, Knock Out roses need winter care to protect the bushes against frost and freezing temperatures. If you live in a zone below 9, you’ll have to start your protective measures as early as mid to late fall depending on when the first frost hits.

Start by laying a thick layer of mulch around the base of the bush. You can use leaves, shredded bark, or pine needs. This maintains the temperature of the soil and protects the roots. Then use a covering such as a horticultural fleece to shield the dormant bush against the frost and frigid winds.

After the last frost is over, you can remove the mulch from the ground. Also, remove the covering and inspect the branches. If you find any damaged or dead branches, trim them off to encourage the bush to grow new branches.

As disease-resistant cultivars, Knock Out rose bushes are not affected by the same diseases that traditional roses suffer from. Most cultivars are naturally resistant to black spot fungus, rust, and stem canker. The only issue you might have is root rot which is the result of waterlogged soil or overwatering. You should wait for the top inch of the soil to go dry before you water the bushes.

Best 8 Fragrant Rose Varieties And How To Care For Them

Rose Growing Problems And What You Can Do About Them

Rose Types: Different Varieties Of Roses In Your Garden