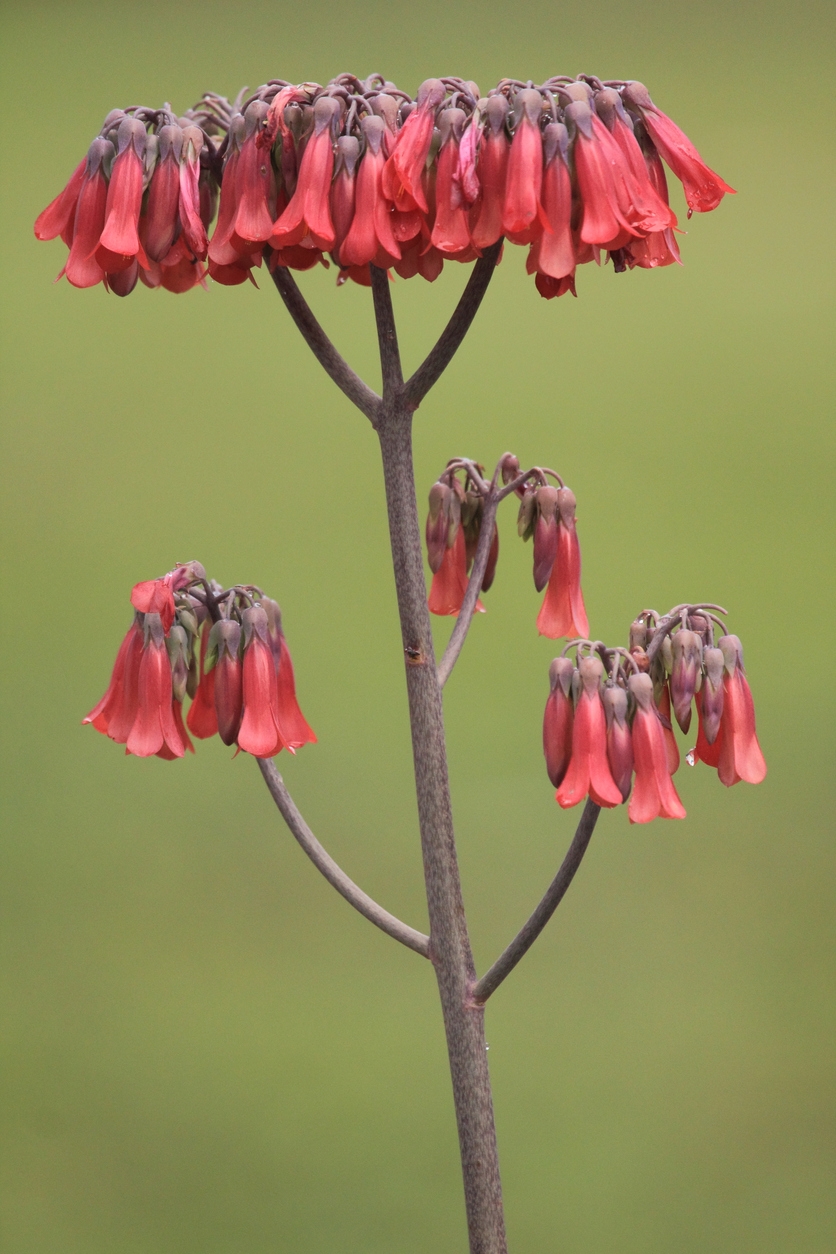 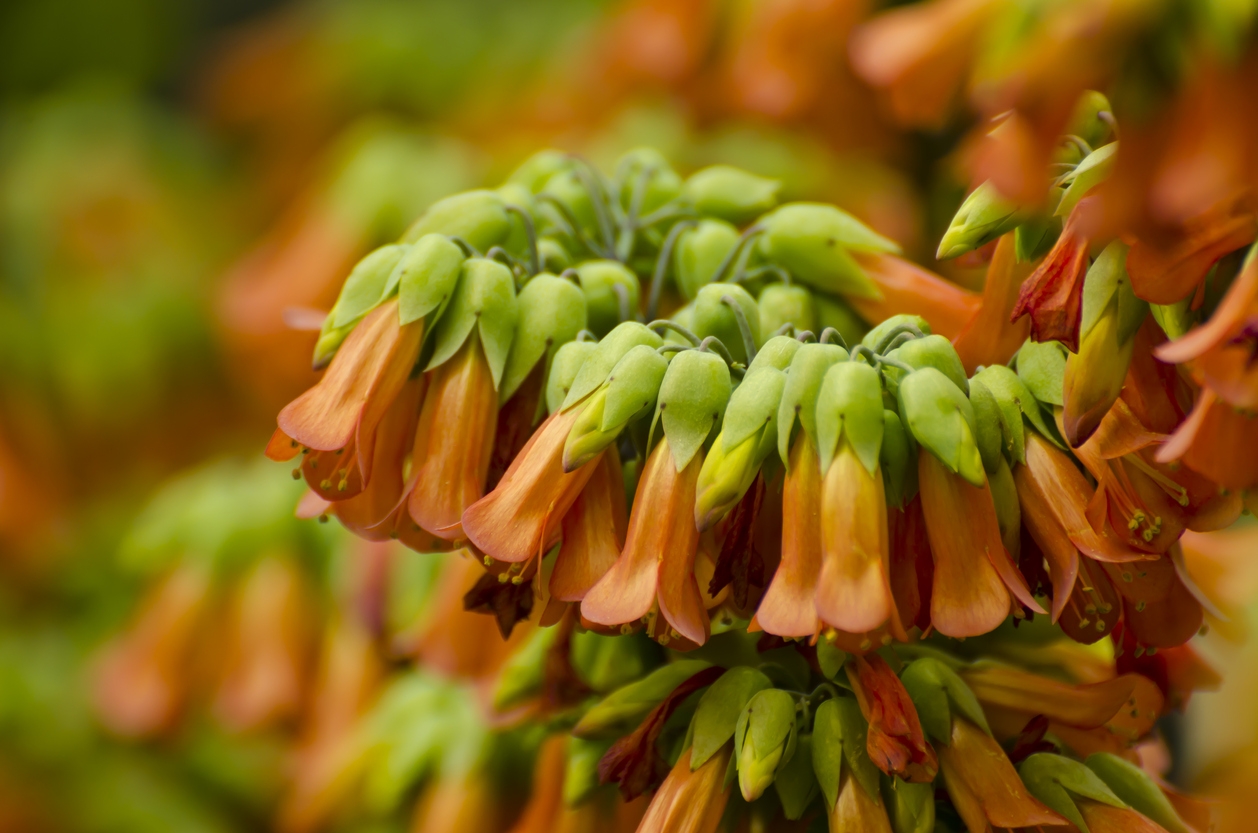 Growing a succulent that grows rapidly to cover the ground far and wide would seem like a goal that requires some darn effort. But if you want to cut the corners, then perhaps you want to consider choosing theKalanchoe tubiflora plant. It’s quite seamless to care for and sprouts in mass numbers, hence the name ‘Mother of Millions’. There are a bunch of plantlets that fall off from the mother plant and grow on the edges, making this variety one of the easiest to propagate. 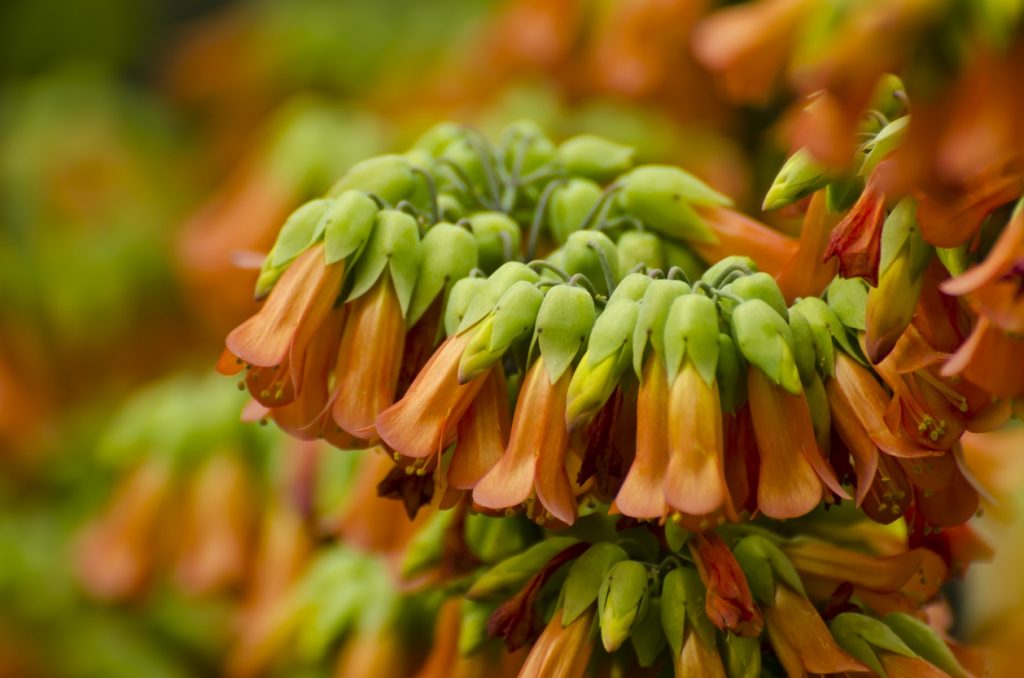 Keep reading to learn the basics that go into growing and caring for the Kalanchoe tubiflora plant.

Kalanchoe tubiflora at a Glance

The Mother of Millions, also scientifically known as Kalanchoe tubiflora is a succulent that belongs to the Bryophyllum genus which falls under the Crassulaceae family. It’s native to Madagascar but its roots can also be traced to Tanzania and Uganda. Compared to other Kalanchoe varieties, this is arguably one of the easiest succulent plants to grow and propagate.

With broad leaves and resilience to extreme conditions, this plant perfectly suits the outdoor space. You can expect this hardy succulent to beat tough times throughout the seasons, but you’ll need to observe a few caring tips, to make the plant clock some solid mileage. The Mother of Millions develops in an upright posture with a single stem and roughly reaches between 20’ to 27’ inches tall. But there’s a possibility for the height to elongate all the way up to 3’ feet.

This Kalanchoe variety blooms some exquisite bell-shaped flowers during summer in shades of pink or orange. And while it’s pleasing to see your succulent produce flowers, there are instances where some fail to bloom during their lifetime. For the most part, blooming will depend on a few environmental variations. Sufficient lighting boosts the chances of blooming, so you need to find a well-lit spot for your Chandelier plant.

This member of the Crassulaceae family burgeons and thrives when growing under bright light. But any intense heat would damage the flowers or weaken their stems. It’s a bit sensitive to intense heat rays, so you want to give your Tubiflora plant some partial shade. On the other side, when grown under dim environments, the plant might begin to experience leggy growth since the stems would desperately be in search of light.

Other signs that would indicate your mother of millions plant needs some extra light are pale leaves with markings resembling variegated marble and a little bit of shriveling. So, even though you need to protect the plant from extreme heat rays, it also needs about 4 to 6 hours of bright light each day. If your Chandelier plant is growing indoors, it’s best to place the growing medium close to a window that’s facing east.

And when moving it outdoors, you want to expose the plant to the outside world at a gradual pace since there are chances most parts of your Chandelier plant won’t instantly get accustomed to the direct and potent light from the sun. Otherwise, you risk scorching and drying up the entire foliage. Same as its close cousin—the Lavender Scallops plant—this flowering perennial will grow rigorously under temperatures that range between 16-24 degrees Celsius during the day.

A room humidity range would be perfect for its overall wellbeing. If your Kalanchoe Tubiflora is growing outdoors, always inspect the foliage for any dark spots to determine whether it’s getting sunburned. Apart from the dark spots, too much sun exposure will turn the entire foliage—and mostly the leaves—from a darker shade to grayish purple.

When it’s nighttime, the Tubiflora plant can keep up with low temperatures between 4-7 degrees Celsius. Try to keep the room temperatures above 4 degrees Celsius especially when it’s winter since this perennial can’t tolerate frosting conditions for too long. If you’re living in USDA hardiness zones 10-11, then there won’t be any need for moving this Kalanchoe variety when there’s mild frost.

It can stay outdoors throughout the year without struggling with the freezing rain. But if the temperature suddenly drops, then you might need to give the plant some protection since it can’t get acclimated to the drastic changes spontaneously. Usingwarm frost blanketson your Kalanchoe tubiflora plants when they’re indoors is a solid technique for protecting them from freezing temperatures.

From its natural looks, you could tell that this Kalanchoe type is notably drought-tolerant. Even so, watering it on a regular basis, say, once per week during the warmer months would keep the foliage from withering. Lessen the watering intervals drastically during winter since the growth hormones are inclined to going into dormancy around this season.

To put more context, the watering needs will largely hang on the climate conditions of where you live, so it would be impractical to stick with one watering formula for all regions and seasons. During winter, you can mostly rely on rainwater if it rains in your area. And if you’re living in a humid region, you won’t need to water much often even when it’s summer.

When your Chandelier plant is growing indoors under filtered light you won’t need to water it at close range intervals simply because the soil might take a little longer to dry up. Excess watering and less light will damage your plant beyond repair. The ideal way to tell if it’s time to water is by checking the moisture level on the soil. For newbie gardeners, a soil moisture meterwould helpseamlesslycarry out this task.

In case you’re a bit baffled about the watering schedule, perhaps the suitable way to go about it is to start off with underwatering, then inspect the foliage for any visible signs so you can know how and when to make adjustments. Conversely, you also want to avoid overwatering at all costs. If the leaves begin to droop, then that could be a sign of excess moisture in the soil.

You can use a well-balanced fertilizer with a ratio of 20-20-20 to accelerate the rate of growth. It needs to be soluble and your Chandelier plant requires to be fed only once per month during the growing seasons. Don’t be tempted to feed it during winter when the growth hormones are inactive.

While this drought-tolerant succulent plant has the feisty attributes of being hardy, it still needs well-draining soil to survive throughout the year. The soil requirements are outrightly compatible with its watering needs. And it’s best to use a potting mixture that works out for nearly all succulents grown in households.

It’s best to use a cactus potting mix that’s amended with perlite for a better drainage capacity. The perlite ratio needs to be half the entire cactus potting mix. Coarse sand is equally a viable option you can use as an amendment if you’re looking to revamp the drainage needs. While pumice is expensive and rare to find, it yields better drainage results than perlite. Repotting every 2-3 years is necessary since the essential nutrients in the old soil will already have been replenished.

There’s no formula to follow when it comes to grooming and maintenance. This Kalanchoe variety isn’t fussy especially when it’s getting the essential requirements it needs to flourish. You just need to get rid of the flowers once they wither since they won’t last forever. Also trimming any leggy growth would help maintain its appearance. Pluck off any dead leaves or those that appear to suffer from fungal and bacterial diseases. 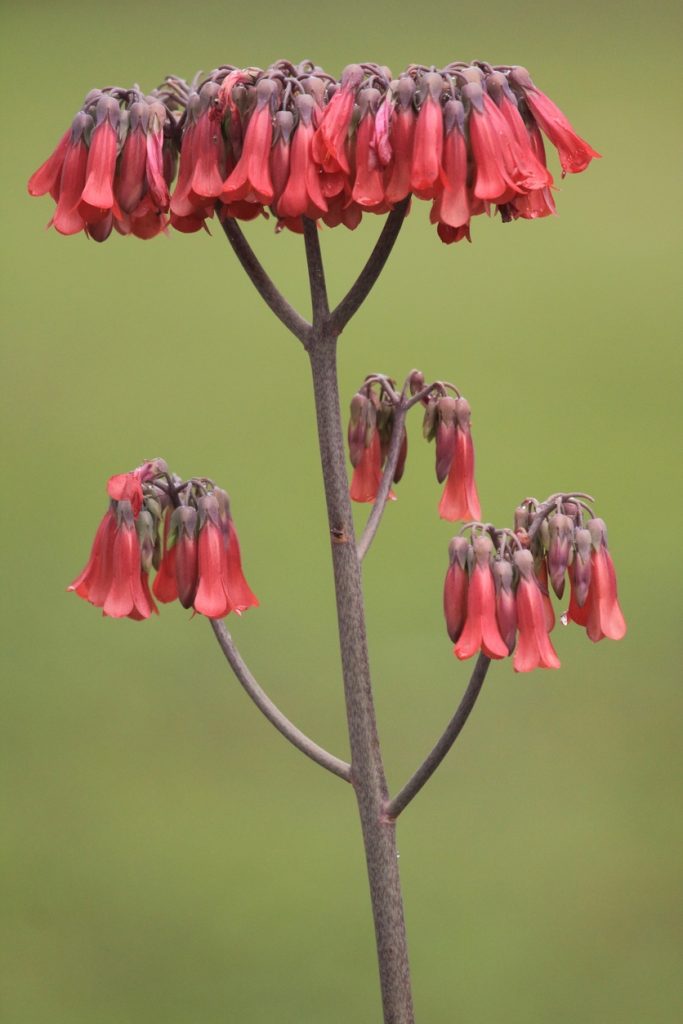 How to Propagate Kalanchoe tubiflora

Most Kalanchoe varieties can naturally self-reproduce. And that’s through the offsets which fall off from the mother plant and grow on the edges of the container. To propagate the Kalanchoe Tubiflora using offsets, you first need to moisten the soil where the mother plant is sitting on then gently uproot the offsets.

The next step would be to prepare the potting mix using the requirement discussed right under the soil and transplanting section. These little plantlets will form roots and grow in no time, so there won’t be any dense requirements to follow. Don’t be surprised to find them growing even on concrete. You’ll need to grow each in its own container to avoid the stiff competition for essential nutrients needed for optimal growth.

Another way to propagate your Chandelier plant is using stem cuttings. You just need to follow these easy steps:

The Chandelier isn’t prone to any serious pests or diseases. But sometimes when the surrounding air has excess moisture, it gets exposed to mold and mildew growth. Use a fungicide to get rid of the black patches that will appear on the leaves. And if the leaves turn brown, then that could be a possible sign of sunburn. This condition could arise from the intense heat from the sun during the afternoon hours. Just move the growing medium somewhere with partial shade.

Trim the brown leaves that are sunburned to give room for new growth. Overwatering could also cause the leaves to look brown and mushy. They’ll also look transparent and lighter. Cut back on the watering intervals and only moisten the soil after drying up completely. Excess moisture getting stuck in the soil for too long could also lead to rotting. And once you notice rotting at an early stage you can save your Chandelier plant by pluck off the affected areas.On the flip side, underwatering will cause the leaves to shrivel and dry up.

Kalanchoe Fedtschenkoi Care: How to Grow The Lavender Scallops Plant