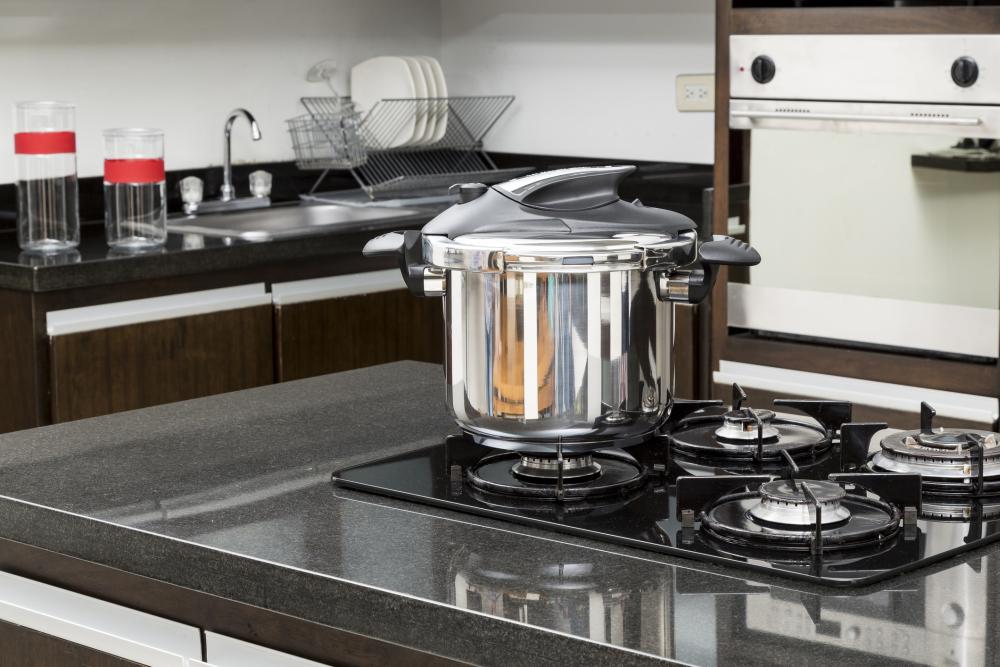 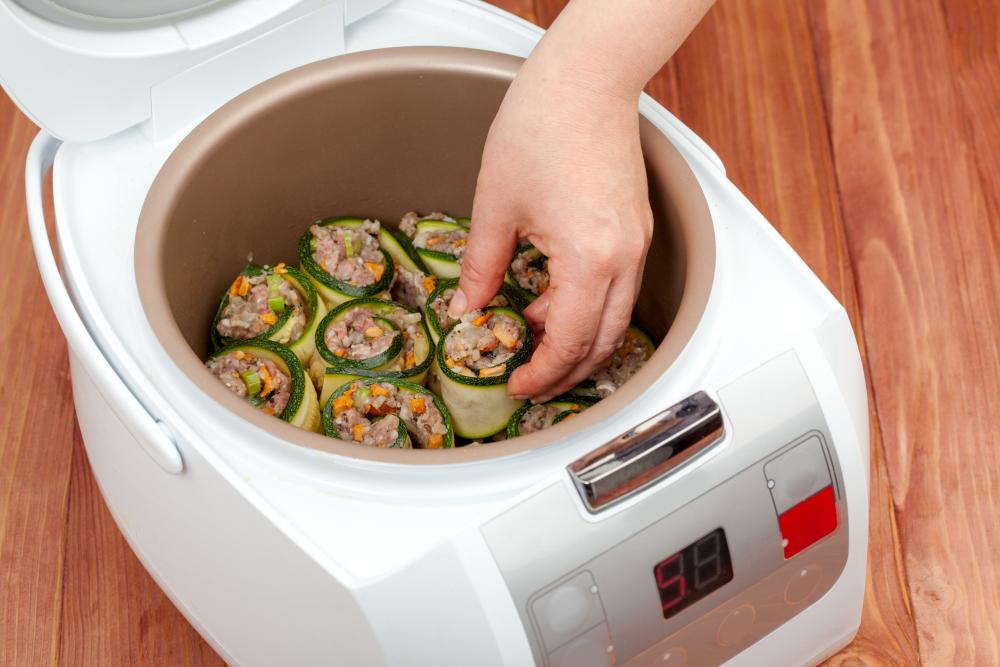 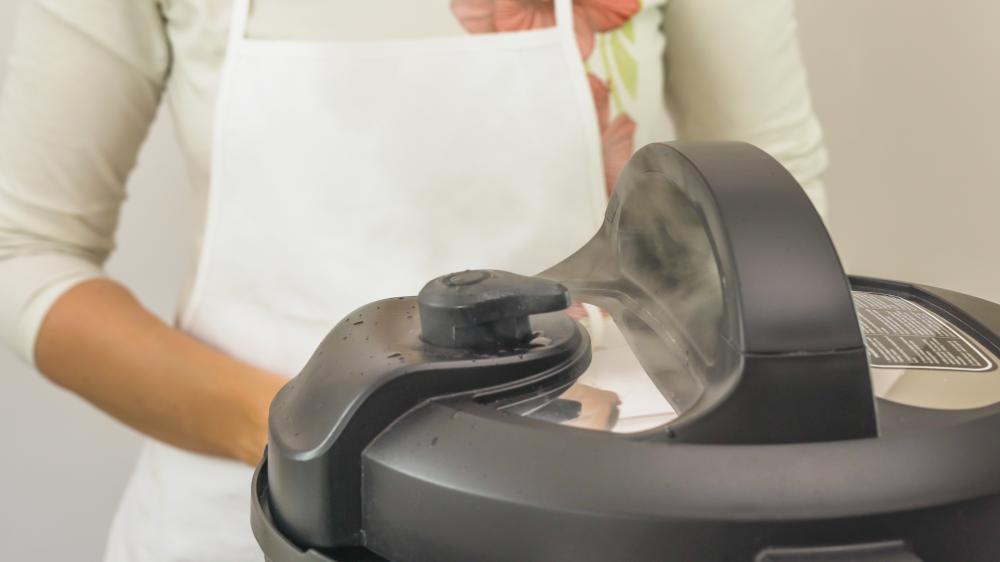 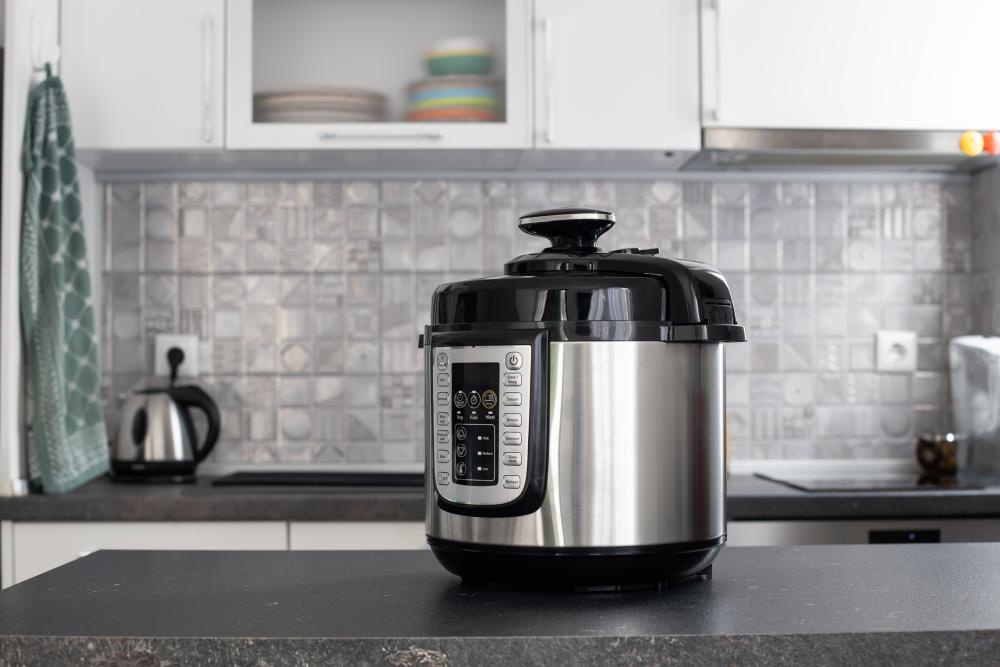 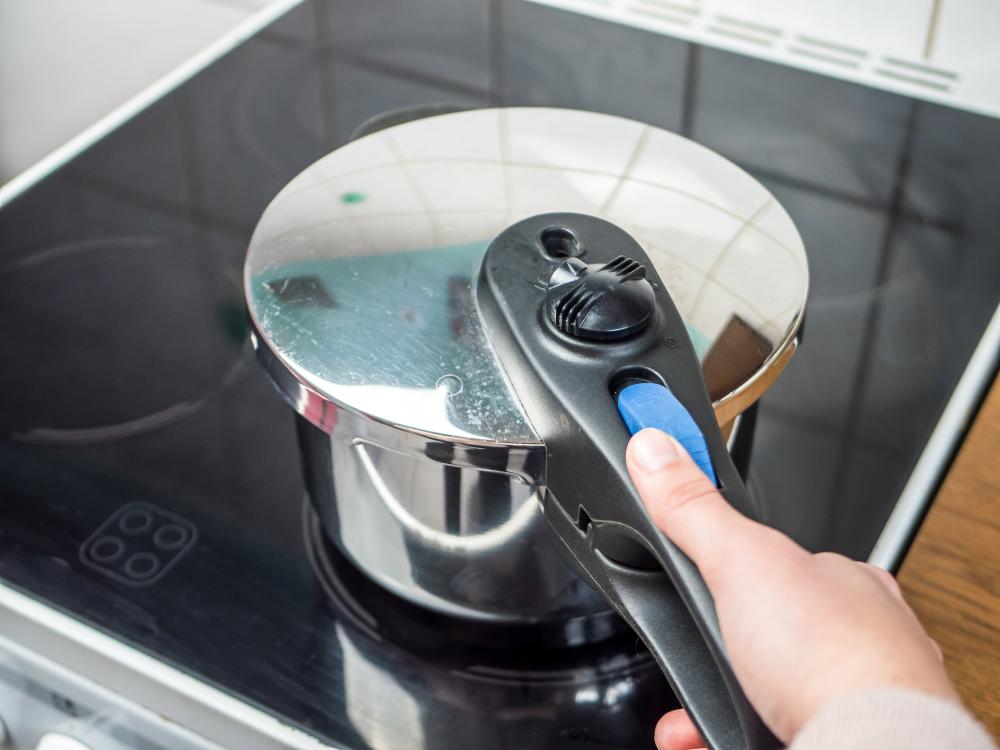 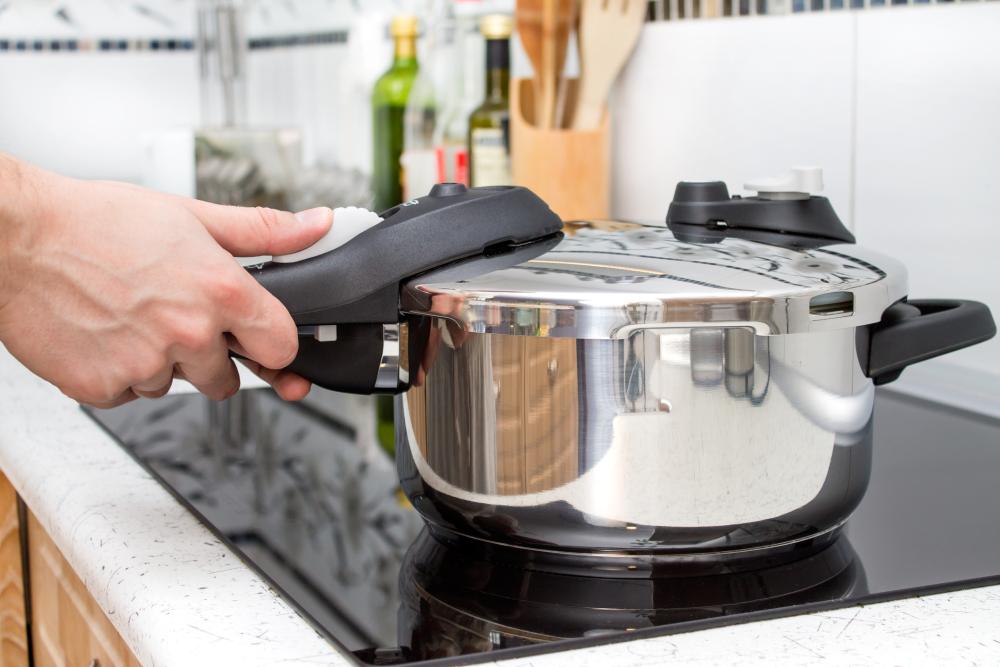 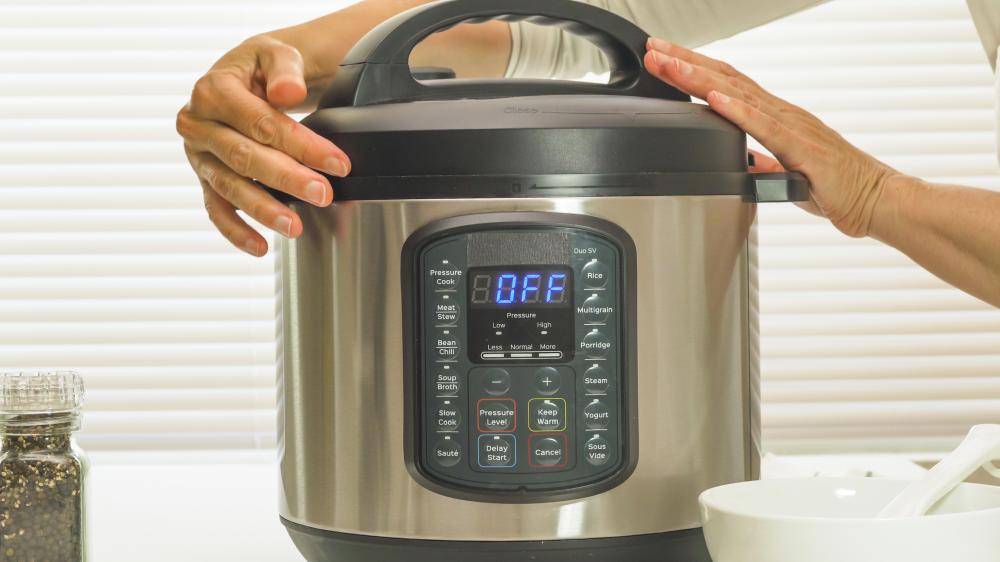 Deciding whether to buy an Instant Pot vs. a pressure cooker is something you’ll eventually have to do at some point, especially if you don’t have the budget to buy both.

At first, the two may sound very similar, but some key differences between pressure cookers and Instant Pots may help you make your decision.

We will discuss the fundamental pros and cons of pressure cookers versus Instant Pots in general so that you can make a more informed decision regarding which one you should buy for your kitchen.

What is pressure cooking?

Simply put, pressure cooking involves raising the temperature inside a sealed vessel to raise the pressure inside.

The heat source can be anything from an electric stove to gas or hot coals buried under the ground. Applying heat to a closed vessel eventually heats up and creates steam inside, which raises the internal pressure inside the pot.

When you hear some sort of hissing sound and/or see water vapor escape from a small hole in the lid of the vessel, you know that the pressure inside has risen to a point where the water is now boiling at a temperature above the regular boiling point of water.

Pressure cooking saves up to 70% more energy (and therefore money) than other cooking methods such as oven baking, microwaving, or frying food. Still, it has become very popular because it helps prepare meals up to 30% faster.

What is a pressure cooker?

A pressure cooker is an airtight pot that cooks food very quickly thanks to the steam that builds up inside and heats the contents faster than in other pots.

It uses steam that can reach 15 psi (pound per square inch) on average. This traps the heat and cooks contents 15 times faster than the normal boiling point of water under atmospheric conditions.

The first pressure cookers were invented by Denis Papin (1680-1730). His intention was to invent an airtight, steam pressure cooker that could cook food a lot quicker, which was based on an earlier design by Leonardo DaVinci.

They became very popular among homemakers for cooking vegetables and meats more quickly without losing vitamins or flavor.

What is an Instant Pot?

The Instant Pot is a modern, multi-functional electric pressure cooker that was introduced in 2009.

It is a multi-cooker that can saute/brown food, pressure cook, steam cook, slow cook, and keep your food warm. The heat source may be electricity or gas depending on the model you own.

The Instant Pot can replace 7 of your home appliances including:

There are many Instant Pot models available for you to buy, each with its own unique settings. Sure enough, with so many models available, choosing which one would be best can seem a bit overwhelming.

However, we went ahead and wrote an in-depth article where we ranked the best Instant Pot models that you can buy, and we included detailed reviews for each one of our entries.

As you may have noticed, pressure cookers and Instant Pots are not the same. Although they both use pressure to decrease cooking times and make your food more tender and moist, there’s a big difference between them.

While the purpose of this guide is to focus on the differences between pressure cookers and Instant Pots, we would be remiss not to point out some of their similarities as well.

Now that we’ve gone over some of the similarities, let’s focus on the differences between Instant Pots and pressure cookers.

Both devices are good in their respective ways, but there are some pros and cons to take note of before deciding which is better for you:

Disadvantages of an Instant Pot

Unfortunately, the Instant Pot is not perfect and has its fair share of limitations:

While some people might find it worth spending money on an appliance that does all sorts of things quickly and efficiently, others will feel like they are paying too much for something only useful for specific cooking tasks.

While not as modern or feature-rich as an Instant Pot, pressure cookers still have their own set of advantages:

Pressure cookers do have some downsides which we need to talk about to give you a fair discussion, the most important being:

Instant Pot vs. pressure cooker: Who is the winner?

Both appliances seem to do the same task of cooking food quickly without sacrificing its taste or texture. Still, when you take a closer look, you’ll see that there’s a big difference between the two:

Ultimately, it’s impossible to crown one appliance the winner since it all depends on your personal preferences and needs.

If you want an all-in-one solution that can do more than just pressure cook, go with the Instant Pot. But if you’re looking for something that specializes in pressure cooking and will last you years, get a pressure cooker.

Is a pressure cooker safe to use?

Modern-day pressure cookers are incredibly safe mostly because they are made from high-quality materials such as food-grade stainless steel.

Why is a pressure cooker called a safety cooker?

A safety cooker comes with multiple layers of safety features to ensure that it doesn’t cause any accidents. These include pressure release valves, a stainless-steel closing lid, pressure indicators, and an encapsulated base. More so, pressure cookers feature specially designed long handles to help prevent burns while carrying the pot.

Can I use an Instant Pot for pressure cooking?

Yes, you can actually use an Instant Pot as a pressure cooker if this is what you prefer since there are no restrictions when it comes to using this type of equipment

Is the Instant Pot difficult to operate?

It all depends on what you’re trying to cook, but in general, all recipes follow pretty much the same formula. You have to set the desired cooking mode (e.g. Saute mode), select the desired pressure settings, adjust the cooking time, lock the lid in place, and set the lid’s valve into the Sealing position. Then it’s all a matter of waiting for your food to be ready.

How much liquid should I put into my pressure cooker?

You’ll need around one cup of liquid (or just enough to allow steam buildup inside the pot) in order to cook food in your pressure cooker, but this will vary depending on what dishes you’re cooking, and how you’d like them done.

How much time should I set my Instant Pot to?

It all depends on what type of dish you’re cooking because some foods require less processing than others. For example, if you’re trying to slow-cook meat then it will probably take around 45 minutes on something like a chuck roast.

What is a high-pressure setting?

When discussing modern-day pressure settings, it usually refers to when the internal pressure of the Instant Pot or the pressure cooker reaches between 12.5 and 15 psi.

Can I use my Instant Pot to deep fry food?

You shouldn’t be using your Instant Pot to deep fry food because the high pressure that’s used during this part of the cooking process can damage its non-stick coating and other internal components which might also affect your health if not done properly.

Does the Instant Pot slow down cooking time?

No, if you use an Instant Pot then the cooking times will remain the same regardless of how much food is inside your device since this type of equipment doesn’t require specific timing when used according to the manufacturer’s instructions.

Why do I need to use manual mode when using my Instant Pot?

You’ll need to use certain functions such as Manual mode or Rice mode when cooking certain types of ingredients such as rice, for example, but these cooking modes will also help you save energy since they will adjust power levels for a proper cooking process.

Both the Instant Pot and pressure cookers are effective cooking tools that do their job well so it’s really just a matter of preference in the end.

At the very least though, both devices have proven to save people time in the kitchen without sacrificing quality which is why these appliances are loved by millions of households around the world.

That being said, if you have enough kitchen space to fit them both and enough of a budget, then we recommend that you get one of each since they complement each other in one way or another.

The 5 Instant Pot Models That You Should Buy in 2023