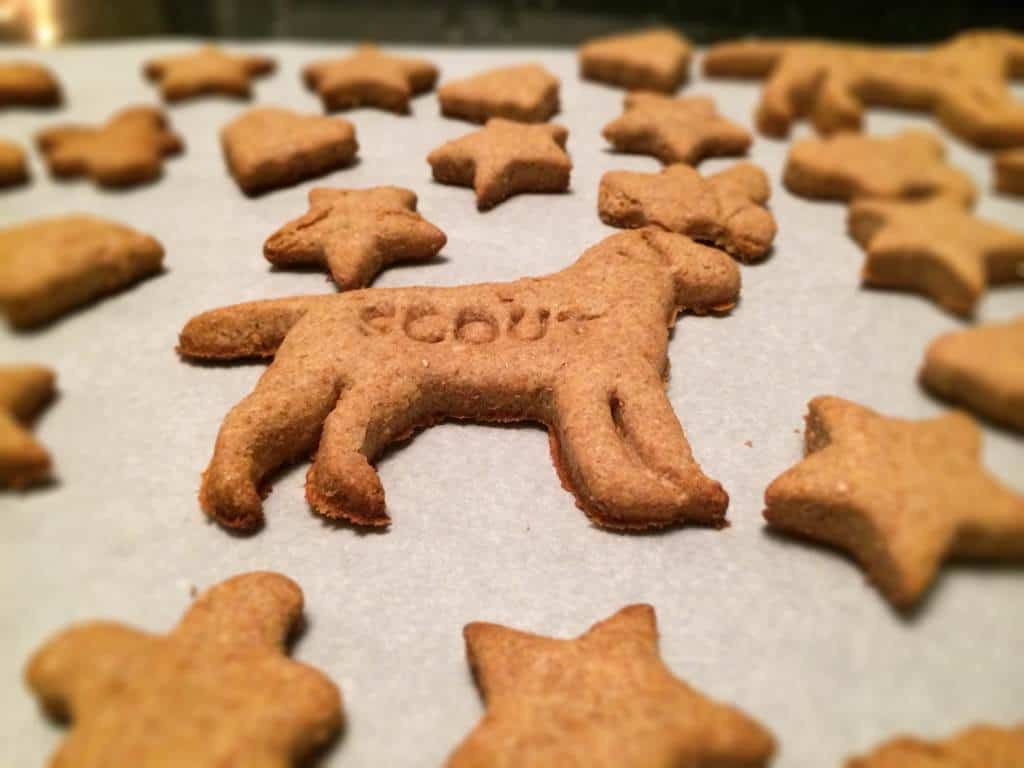 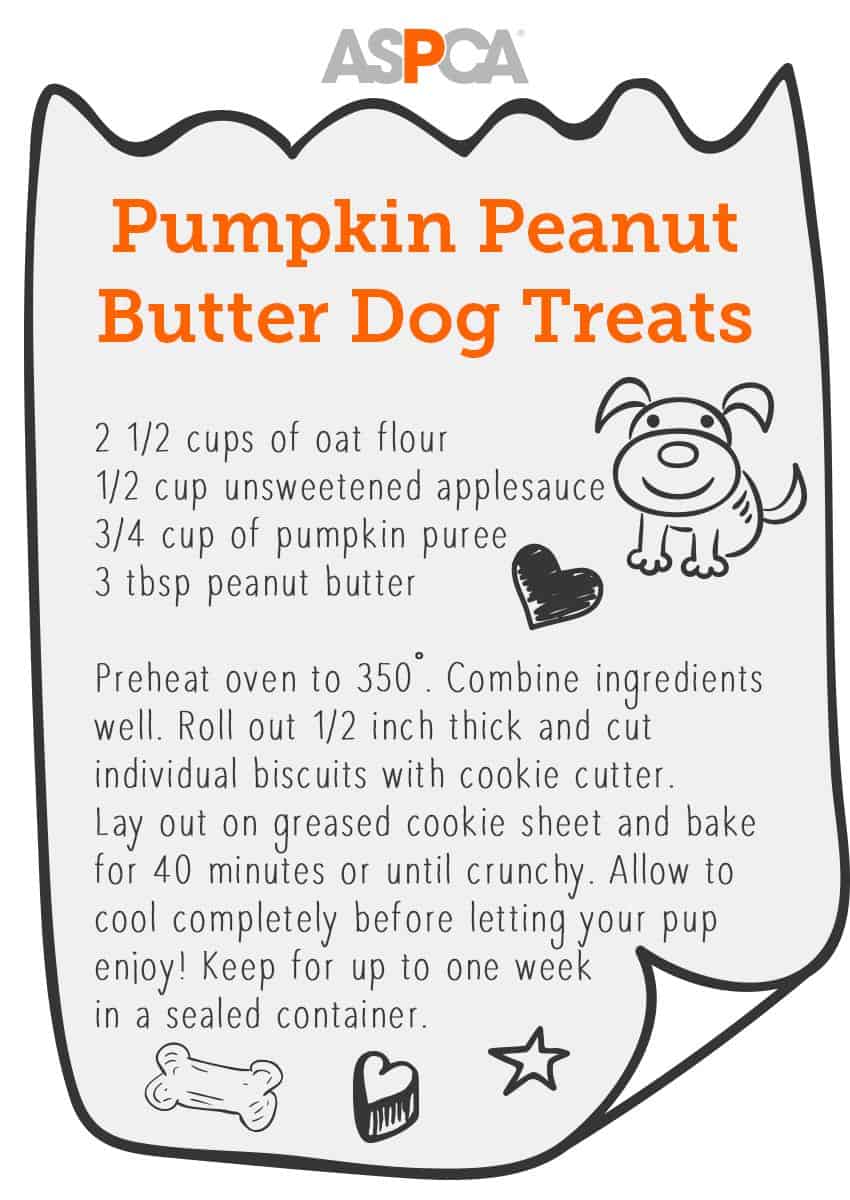 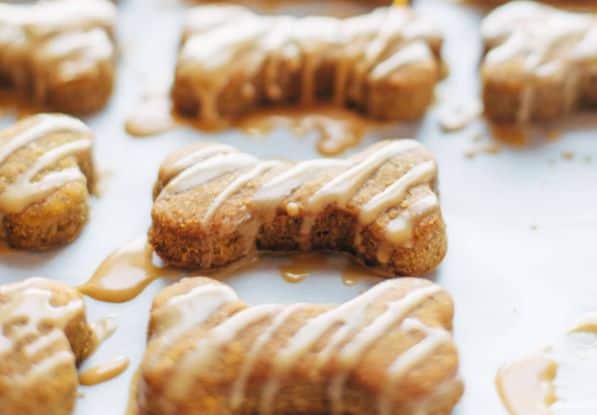 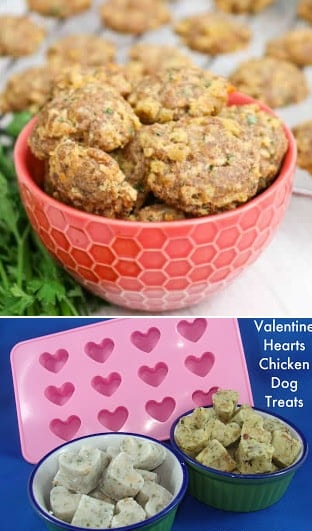 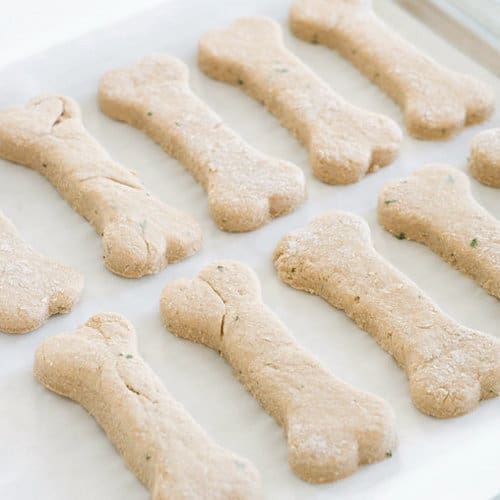 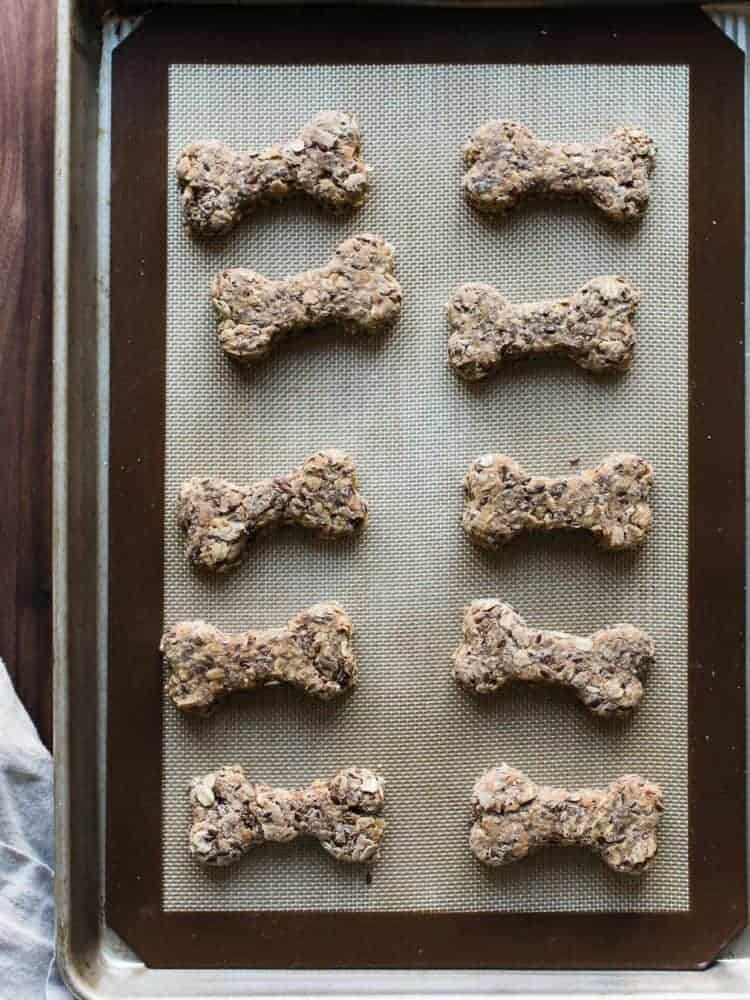 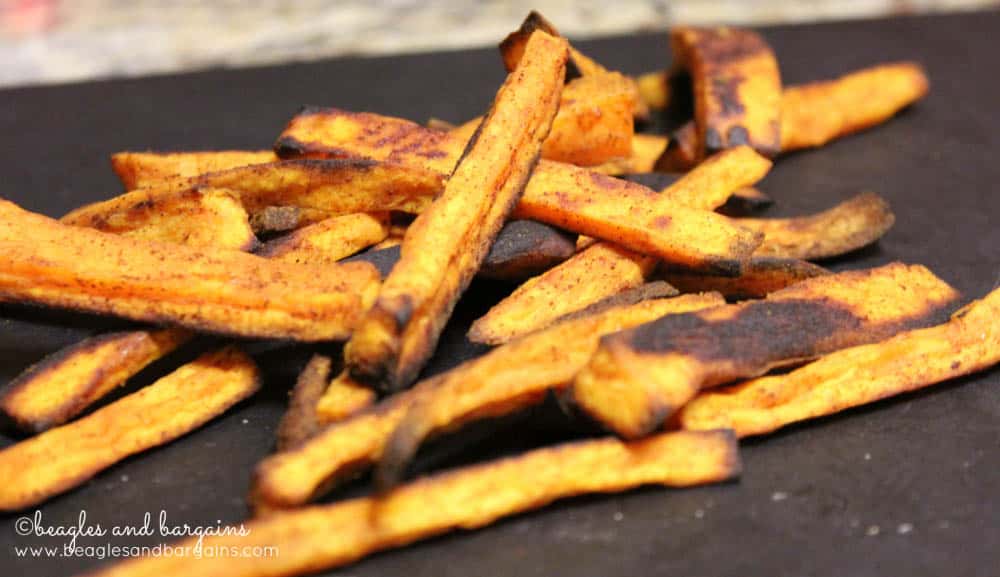 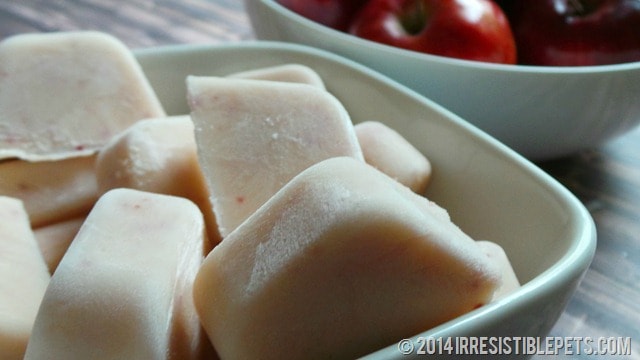 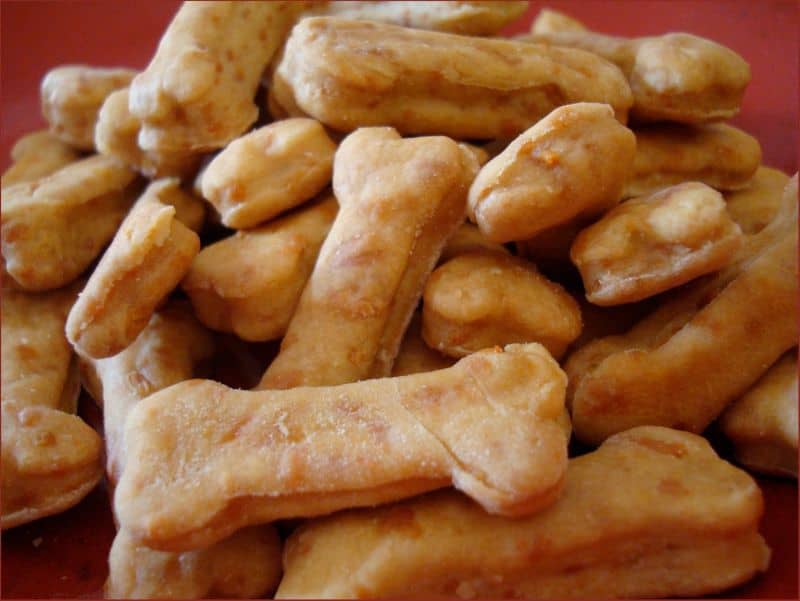 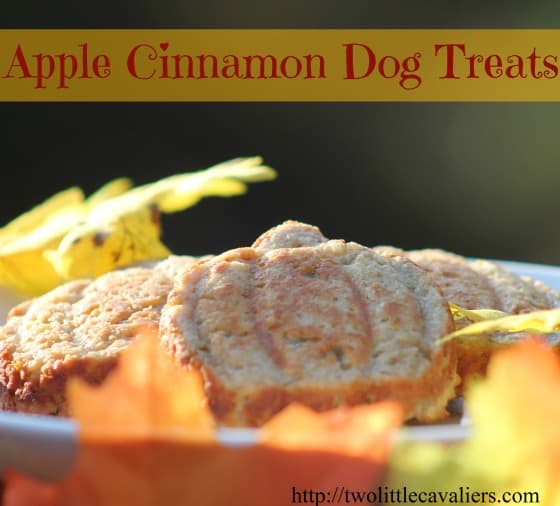 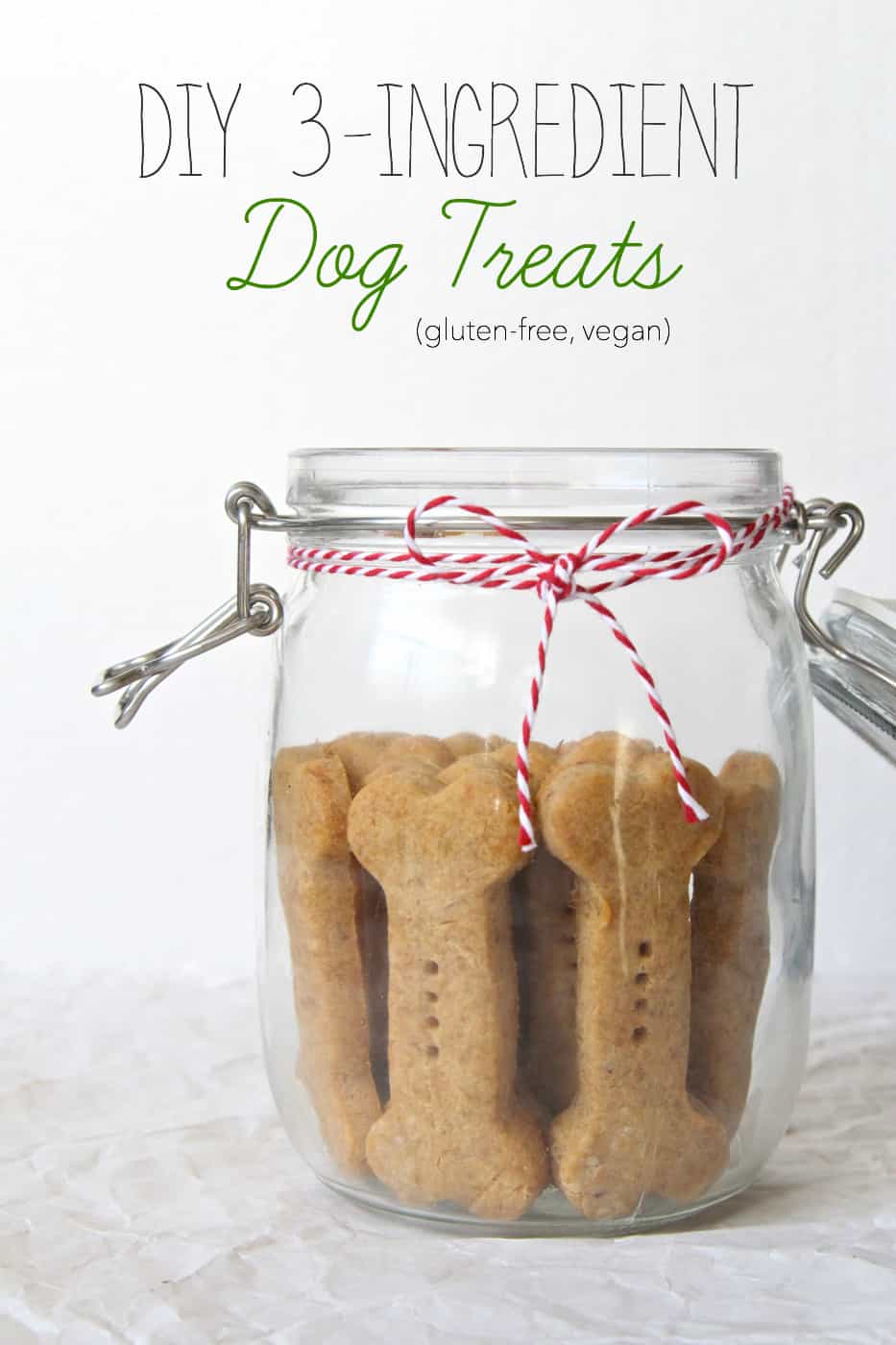 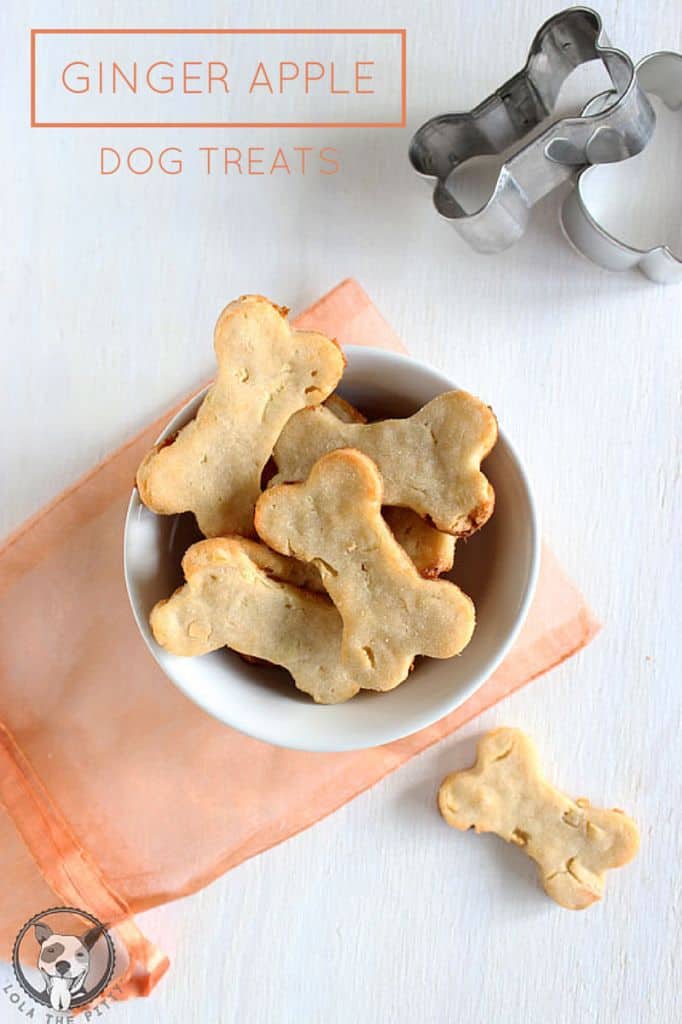 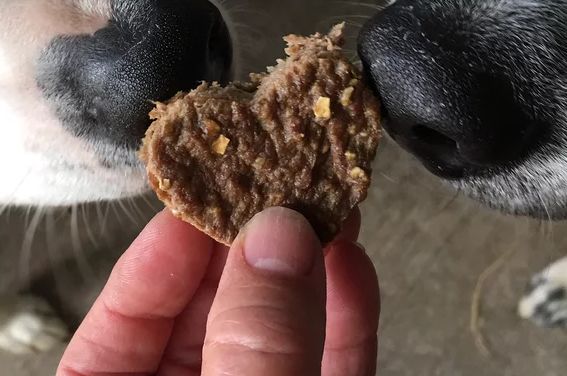 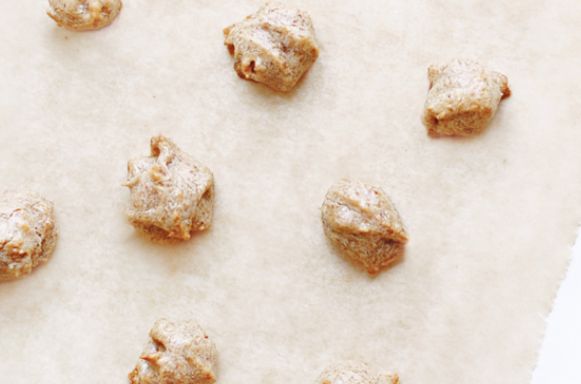 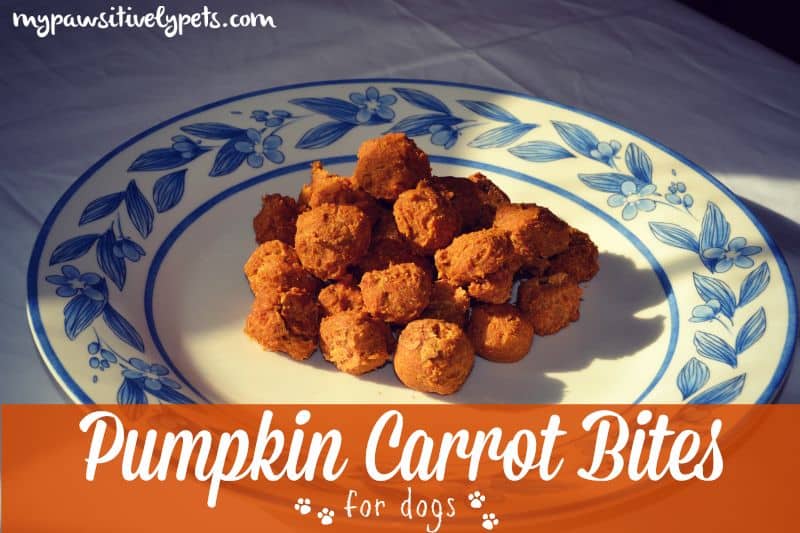 In the same way that we worry about what goes in our kids’ bodies and our own bodies, we’ve long been thinking about what kind of food is the most beneficial for our dogs’ bodies. We know there are all kinds of great, genuinely nutritious food options out there that are actually made with fantastic ingredients, but we’ve struggled a little more with finding treats that are just right. Between the fact that treats are often made with less care, the fact that our dogs have a few allergies to work with, and the fact that they’re also a little bit picky even though they love food and getting treats, we found ourselves getting a little bit frustrated with the process of buying things, trying them out, and finding out they weren’t good for our dogs or the dogs didn’t like them. It felt like a waste of money when we ended up giving the treats away.

That’s why we decided to try making dog treats of our own! Besides the fact that we’re avid DIY and kitchen enthusiasts and enjoying making things ourselves anyways, it’s also nice to know precisely what’s going into the treats and being able to rest assured that there are no hidden ingredients we wouldn’t want there. We’ve long been keeping our eyes peeled for and bookmarking homemade dog treat recipes that we though might work well for our four legged friends, and now we have such an extensive list that our fellow dog-loving friends have started asking for recommendations, so we figured we’d might as well share the best ones we’ve found.

If you’re feeling just as interested as we were, if not more, in the idea of making your very own (often healthier) homemade dog treats, check out this list of 15 fantastic flavours, recipes, and tutorials that we came across in our search!

If there’s one thing that we can confidently remember every dog we’ve ever met loving, it’s peanut butter! There’s just something about it that, barring allergies, is beyond delicious for humans and dogs alike. Our dogs are no exception to that, so we’re sure you can imagine how pleased we were when we came across this very simple recipe and full tutorial from The Cookie Rookie that teaches you how to make beginner’s level peanut butter dog treats in just a few steps. 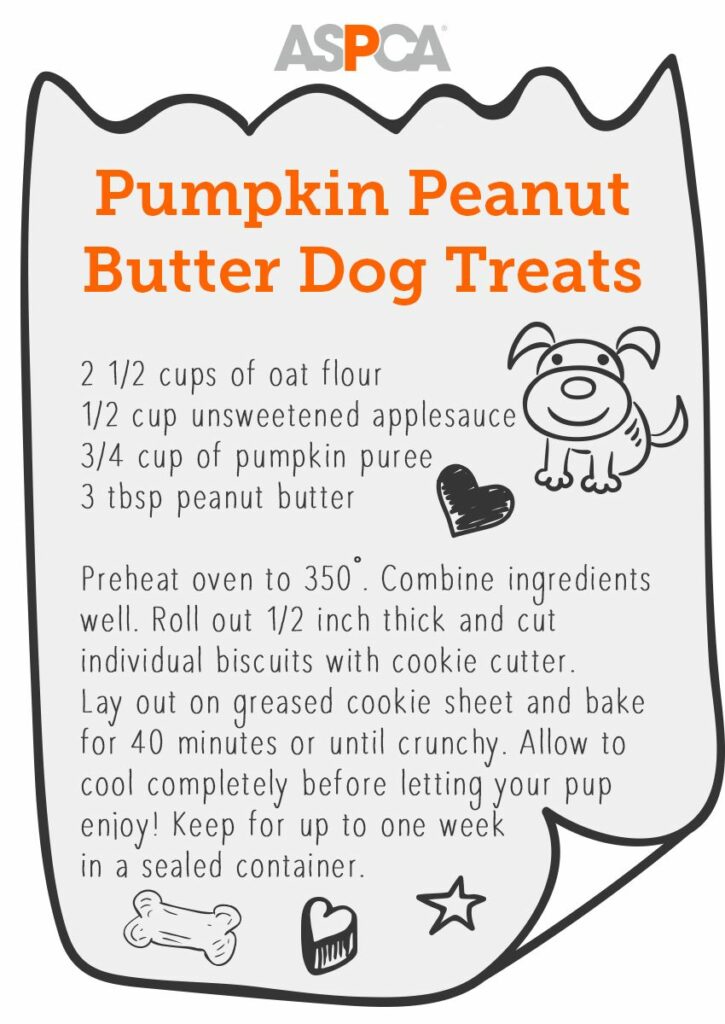 Did you know that pumpkin is very good for dogs because it helps them with digestion and promotes good stomach health? Beyond that, it’s another flavour that most dogs we know just seem to completely adore. That’s why we were thrilled to encounter this recipe from the ASPCA that shows you how to make pumpkin peanut butter dog treats that are not only practically irresistible for your canine friends, bu that will also promote good gut health.

Have we really got your attention now with the mention of dog treats made from pumpkin but you’re also fully aware that your dog loves snacks with meat flavourings more than just about anything? Then you might love the way that this recipe from Pinch of Yum combines the two in one place. In fact, the bacon drizzle on these pumpkin treats might be the perfect way to get your dog trying pumpkin for the first time in order to see whether it helps his digestive system and can become a new, healthy regular in his diet.

Did we really nail it that your dog has a big taste for meat flavoured snacks but chicken is usually his preference? Well, we’ve actually found that most of the brands in stores tend to sell other types of meat when it comes to dog snacks and many chicken flavours are reserved for cats, so it’s actually doubly handy that Kol’s Notes has this recipe for homemade chicken dog treats. They’re made from healthy ingredients and will give you the flavour your dog actually likes best.

If you’re a busy person who does feel intent on making your own dog treats but also needs a super easy recipe because you’re often strapped for time, then this idea from Design Milk is definitely the one for you. They show you how to make healthy, filling dog treats that are great for training assistance using just two ingredients; whole wheat flour and pureed baby food. You can actually use any kind of baby food you please, so figure out what your dog likes best or change it up!

Just in case we almost had you feeling convinced by the idea of making treats that have a meat and peanut butter combination in one place, even though that might seem like an odd combination for humans, here’s a great tutorial from Kitchen Confidante that gives you an alternative to bacon. Their recipe uses beef broth instead and actually has you mix it into the peanut butter biscuits for a thorough flavour, rather than just drizzling them.

Yes, you read that right! This recipe from Beagles & Bargains literally teaches you how to make sweet potato fries for dogs. Now, sweet potato fries are already a human favourite in our house, but the dogs go wild for them as well. We hesitate to give in, however, because we like to season and prepare our fries with certain things that they shouldn’t have. Next time, we’ll whip up a batch of these plain, more organic doggie sweet potato fries alongside our own and feed the whole family.

Do you live somewhere that gets very hot indeed for much of the year and you’re always on the lookout for ways to help cool your pups down? Well, did you know that, just like there are frozen and cold summertime treats for humans, there are also frozen treats for dogs that are perfect hot weather snacks? These healthy and refreshing frozen apple dog treats featured step by step on Irresistible Pets are the perfect example of what we mean.

Just like meat, bacon, peanut butter, and pumpkins, cheese has always been something that our dogs go wild for, as do most of the dogs we know. Naturally, then, we got pretty excited when we found this recipe from Golden Woofs for cheesy bone treats! Rather then feeding your dogs actual cheese, which makes them gassy and isn’t the healthiest choice, you can feed them this alternative that has all the taste they’re looking for, without the parts that will make their stomachs rumble.

Were you intrigued by the idea of making apple flavoured dog treats but you’re also living in a colder place and not one that you’ll need refreshing frozen treats for? Then you might get along a little better with this recipe from Two Little Cavaliers that shows you how to make fragrant apple cinnamon dog treats that are more along the lines of classic doggie biscuits. 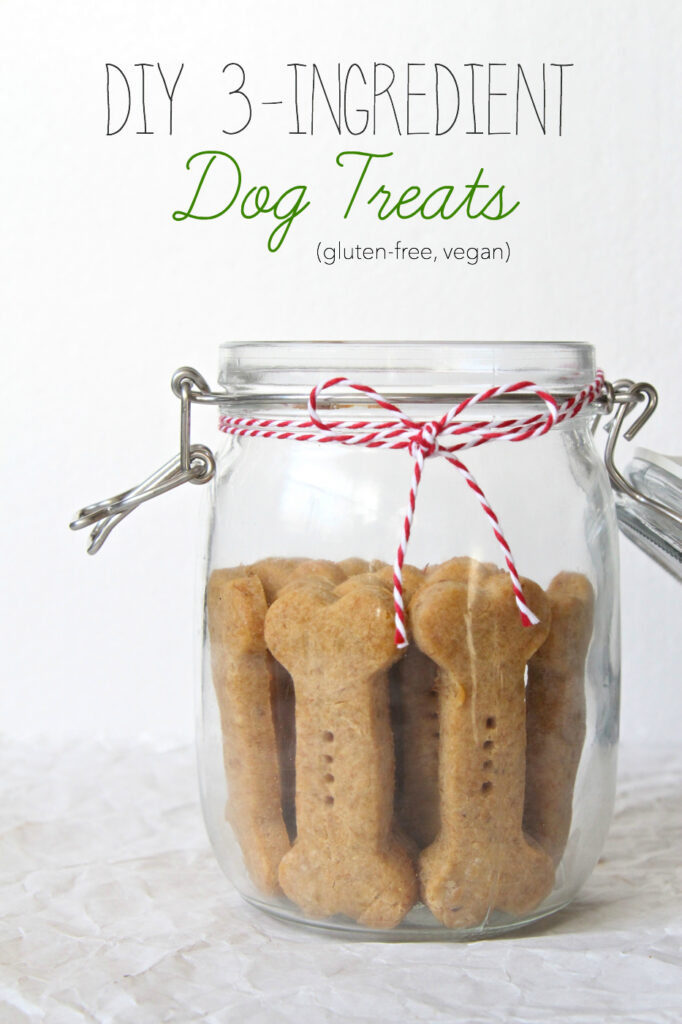 Even if you don’t feed your dog an entirely vegan diet for health and nutritional reasons, there’s nothing stopping you from making vegan, gluten free dog treats that will not only benefit them in other ways on the side, but also stop you from having to cook with meat if you’re vegan yourself. That’s why we liked the idea of trying out these 3-ingredient vegan, gluten free homemade treats from The Plant Philosophy!

Besides pumpkin being fantastic for dogs’ digestive health, did you know that ginger can be as well? In fact, it makes a great alternative for when you want to swap flavours up and keep things interesting, just in case your dog gets bored and starts sniffing around for something new. We’d suggest taking a look at this recipe from Lola The Pitty to see how they make their favourite ginger apple dog treats.

Now, we’ve mentioned digestive healthy and dog allergies, but did you know that proper nutrition can play a key role in dogs’ health in other ways too, or in other cases of sensitivity? For example, some dogs that are diabetic cannot eat certain types of treats, depending on their ingredients. Instead of letting your dog miss out on the wonderful world of snacks or paying higher prices for specialty packages, check out this homemade recipe from All Recipes that’s custom made to be specifically safe for diabetic dogs (and no less delicious than the rest of the dogs’ get to munch on).

Have you actually been scrolling through homemade dog treat options in hopes of finding something with a little extra nutrition added for puppies? Well, it’s certainly true that their little stomachs can be sensitive to certain things that bigger, older dogs can digest safely and with no problems, so we don’t blame you for taking a bit of extra care. Instead, take a look at this recipe from Pretty Fluffy that shows you how to make homemade puppy treats from things that are specifically beneficial for young dogs! We actually tried their banana almond puppy treats on our newest addition and we’re pleased to report that they were a huge hit.

Just in case your dog does adore pumpkins but you’re still on the lookout for a slightly healthier option, or even just an alternative flavour combination for your picky eater, here’s another idea for your consideration. Instead of using peanut butter or meat based flavours, this recipe from Pawsitively Pets shows you how to make delicious crunchy dog treats that are nutritional pumpkin carrot bites!

Have you made other kinds of delicious homemade dog treats before that you were very happy with indeed and have continued to make since, and that your dog adores, but that you don’t see anything quite similar to here on our list? Tell us all about how they’re made and why you love them or link us to the recipe in the comments section so we can give them a try with our dogs too!

50 Healthy Halloween Treats To Serve Up This Season