Within our adventures in cooking, we’ve always wanted to learn how to make more international things than just what’s familiar where we live. We’ll often choose a new culture or country outside our own to pay tribute to in our own kitchen, trying out different recipes and familiarizing ourselves with the flavours and ingredients that are typical to those regions. Recently, our grandparents have been working on mapping our family lineage and a lot of German ancestry has been discussed, so we’ve been feeling like now is the time to give German recipes a try! Luckily for us, the Internet is rich in suggestions and tips.

Just in case you’re feeling just as interested as we are, if not more, in the idea of learning how to make deliciously classic German dishes, here are 15 of the very best flavour combinations and recipes we’ve come across so far in our search for inspiration and guidance! 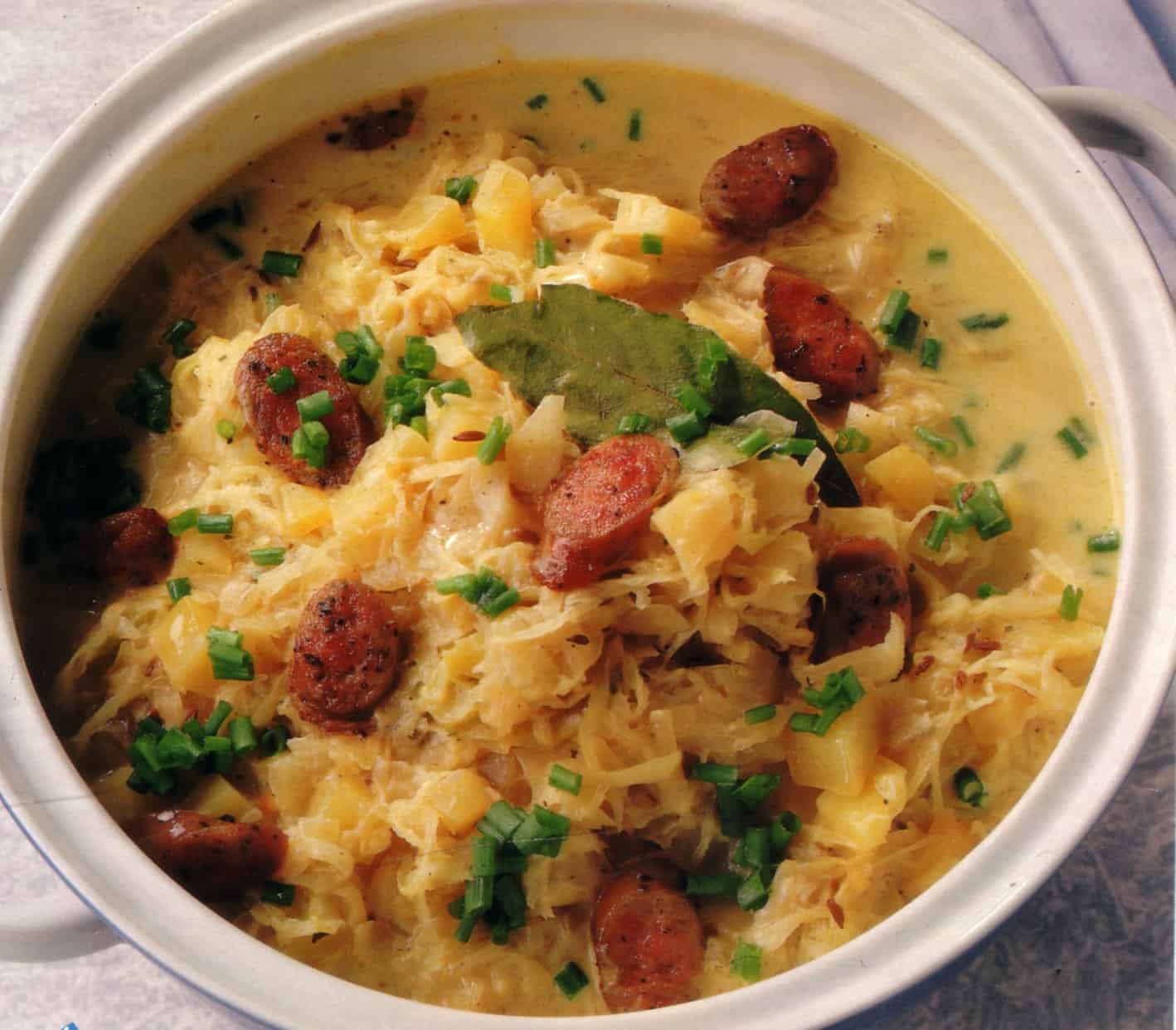 Anyone who has ever tried any type of classic German dish probably already knows that sauerkraut is a huge element of all kinds of different things! Additionally, sausage is quite a common ingredient as well, and we couldn’t be happier about that. This mouthwatering sauerkraut stew with sausages outlined on My Best German Recipes is the perfect example of what we mean. 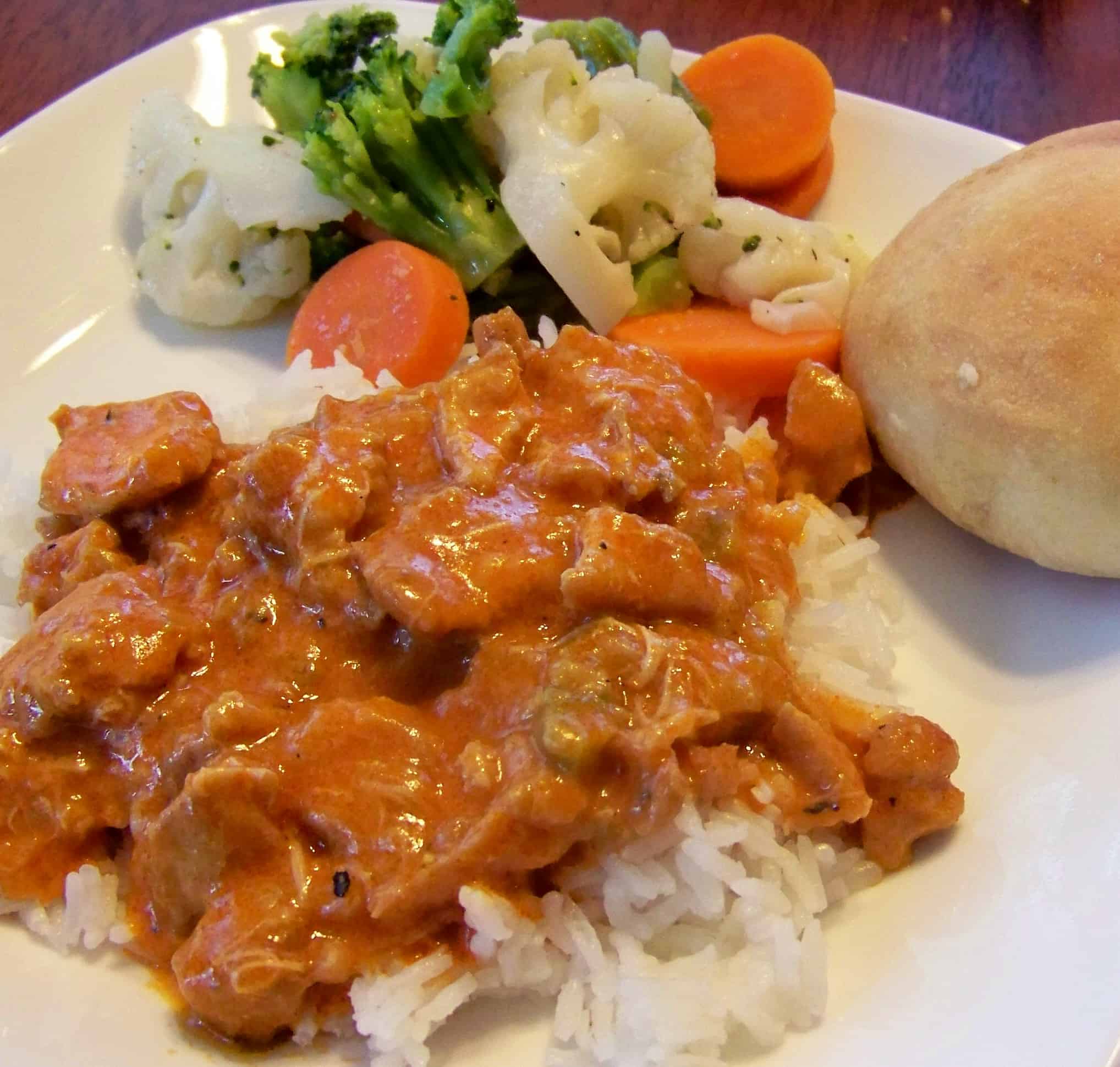 In your experience cooking recipes from other countries, do you find that your favourites are often creamy meat and sauce based dishes that you pour over rice, like curries? Well, German chicken paprikash might not be quite as spicy as some of the curries you’ll encounter from other regions, but the concept you already know you like is there and the flavour is practically drool-worthy. See what we mean in more detail on Tasty Kitchen. 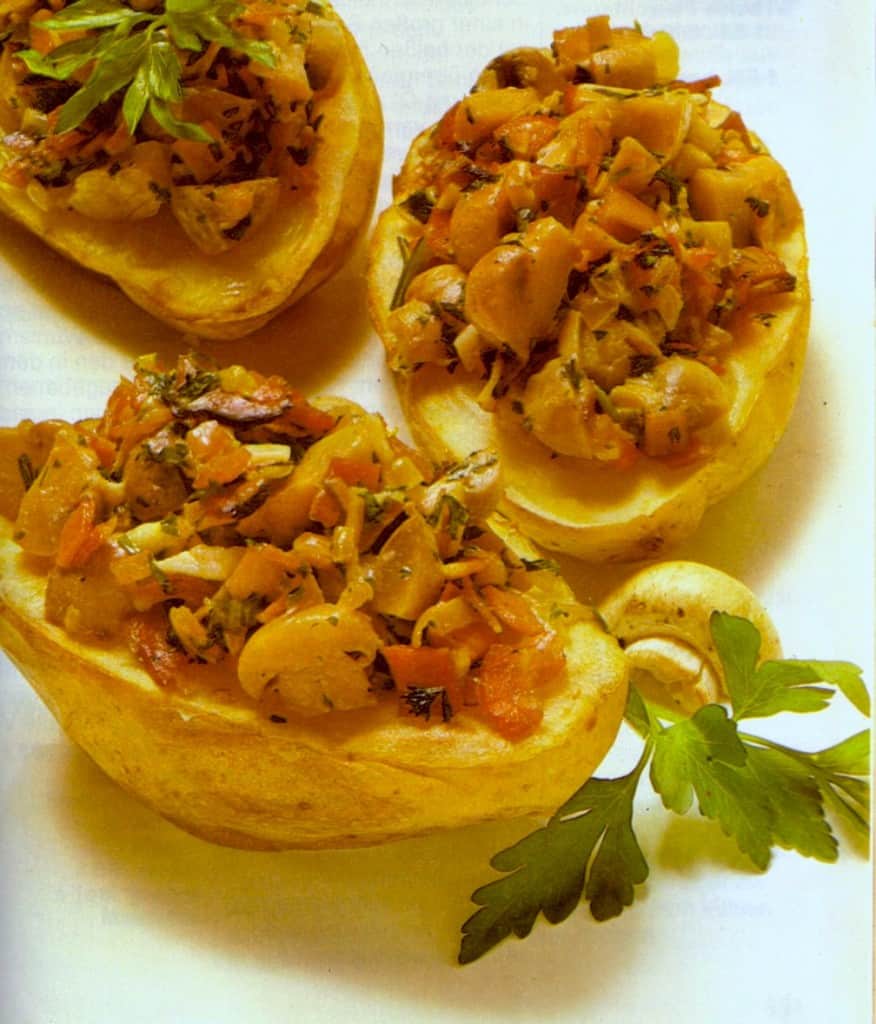 When you’re eating out at a regular North American restaurant, are you the kind of starch lover that will often order twice baked potatoes? Well, we’re huge fans of those as well, so we certainly can’t say we blame you! Believe it or not, there’s a classic German version of a similar idea that’s just as delicious (maybe even more so), and My Best German Recipes has all the info for you. 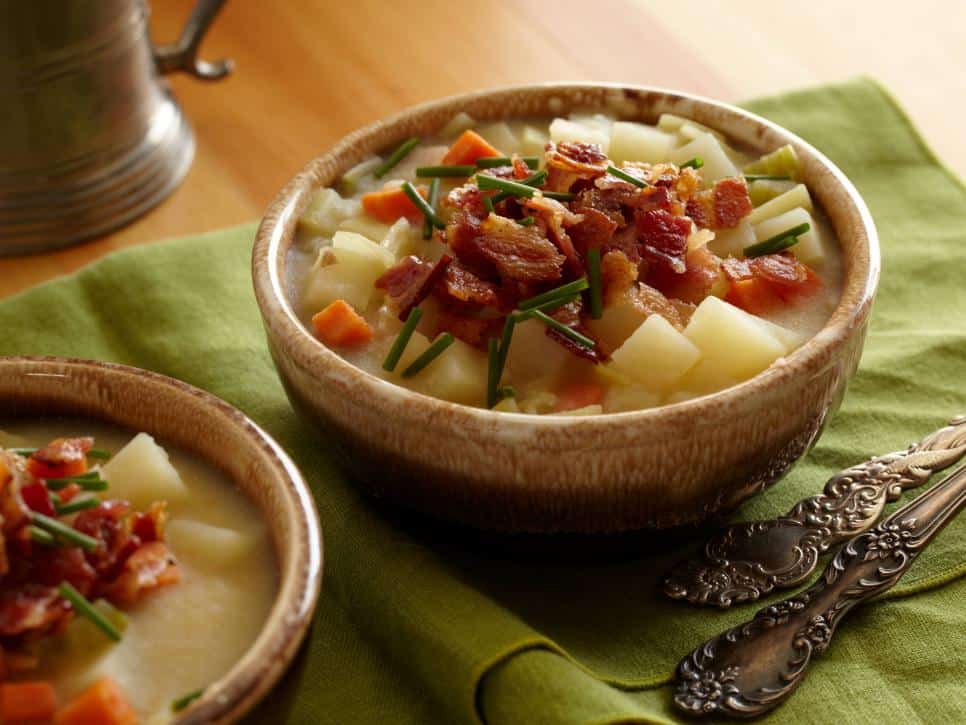 Have we really caught your attention with this concept of scrumptious German recipes involving potatoes but you’re also still thinking about how much you like the sound of making a soup or stew as well, since the chill of fall is slowly setting in where you live? Well, who ever said you have to choose between the two? Instead, check out this fantastic German potato beer soup recipe outlined nice and clearly on Cooking Channel. 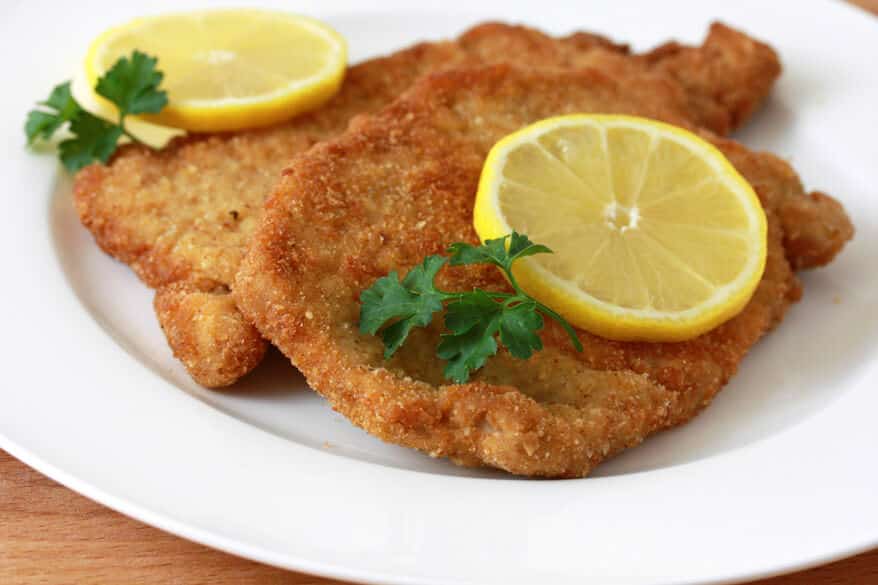 If we’re being honest with you, the very first thing that popped into our minds when we decided that German recipes were the next kind we wanted to learn how to make at home was classic German schnitzel. We’ve had it before in restaurants and simply couldn’t get over how much we enjoyed it! This delicious recipe from The Daring Gourmet for traditional German pork schnitzel did not let us down in our goal of making it happen for ourselves. 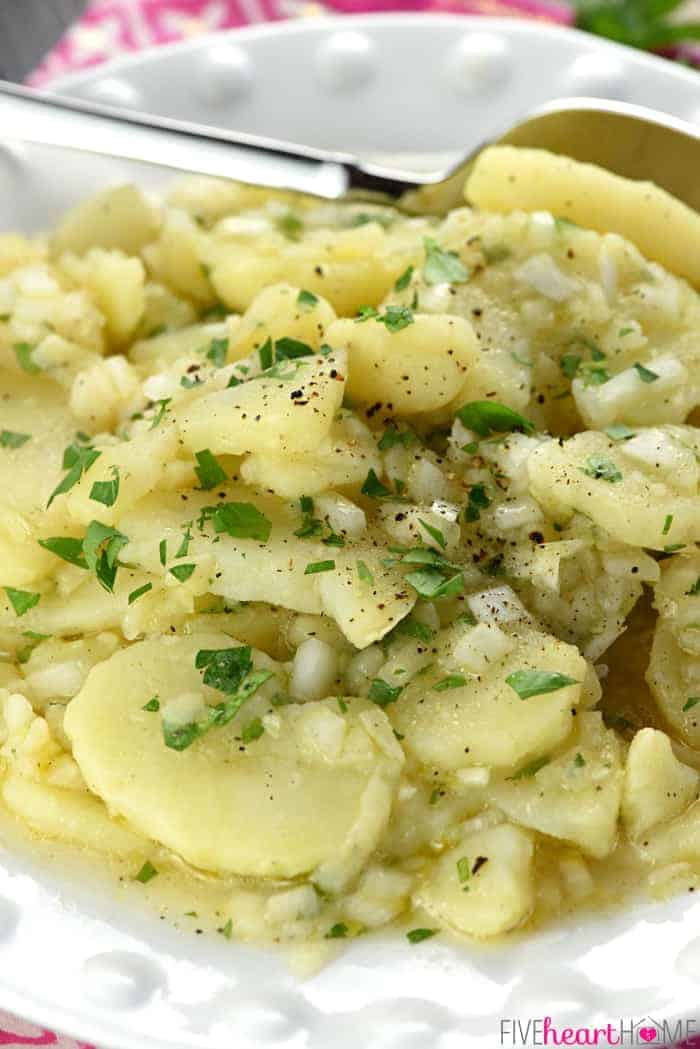 Simply put, we think potato salad is absolutely delicious. That’s all there is to it! No matter what kind we’re making or where it’s from, we can hardly wait until we’re actually finished preparing it to take our first big bite. We’re sure it’ll come as absolutely no surprise to you, then, that we were ecstatic to come across this recipe from La Fuji Mama for kartoffelsalat, or traditional German potato salad. 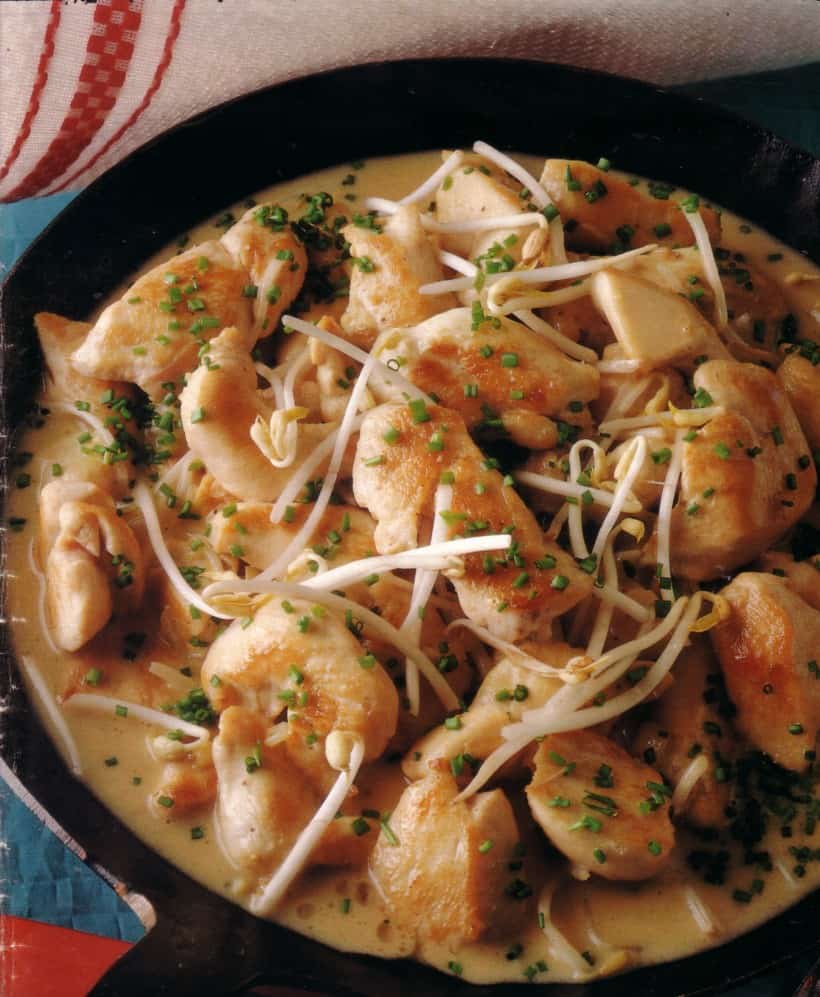 Just in case you’re still thinking about German dishes with delicious creamy sauces but you haven’t quite seen an idea yet that makes you feel completely convinced, here’s another alternative for your consideration! Check out how My Best German Recipes outlines the steps for making a delicious German chicken ragout that will warm you from the inside out. 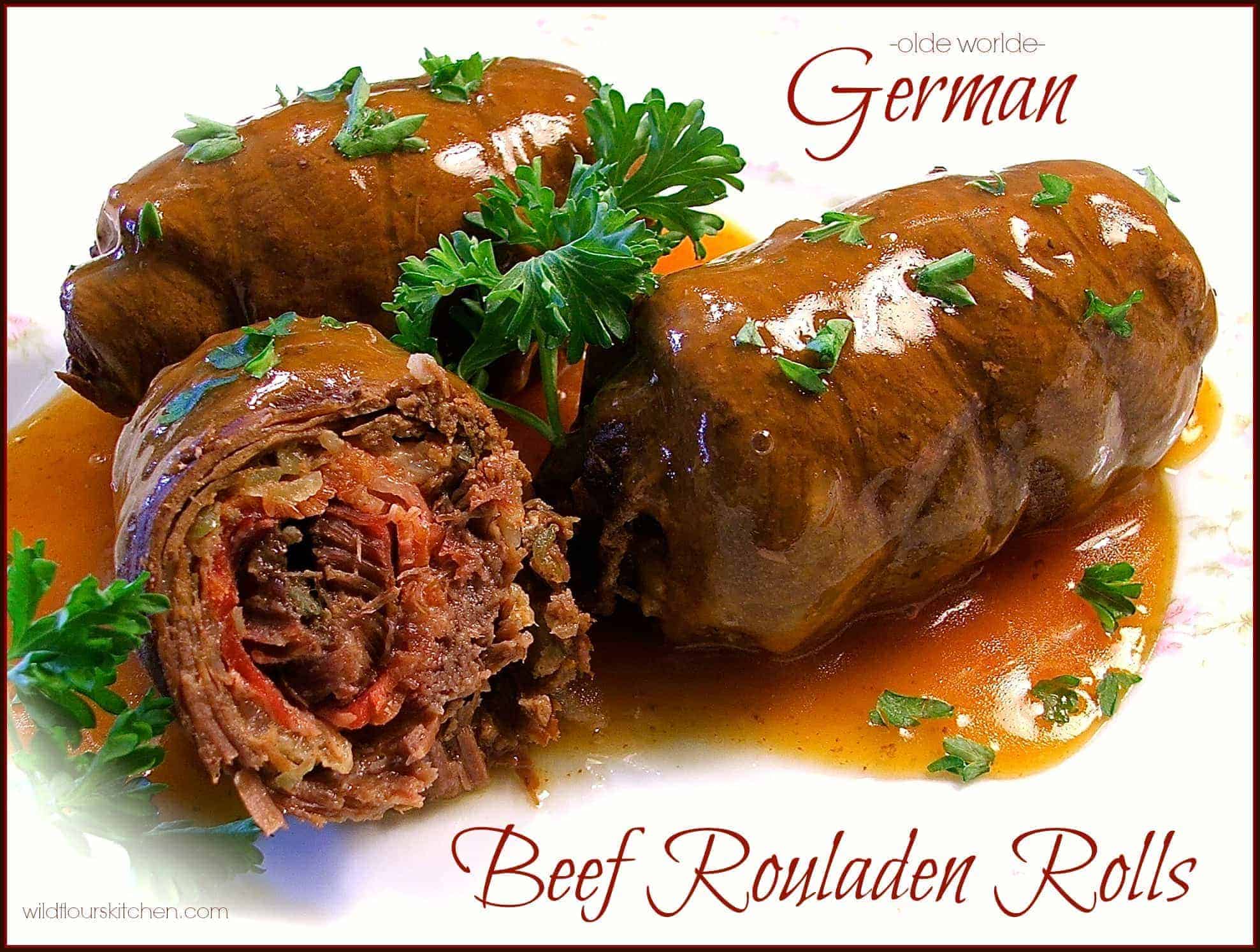 If you’re going to put in all the time and effort it takes to make a classic German recipe from scratch, are you pretty convinced that you’d prefer to make something hearty and meat based rather than just potato or veggie heavy? In that case, if you’ve ever been a big fan of dishes made with beef, we have a feeling you’ll get a real kick out of the way Wildflour Kitchen made these filling and completely delicious beef rouladen rolls that our own family literally couldn’t get enough of when we tried them. 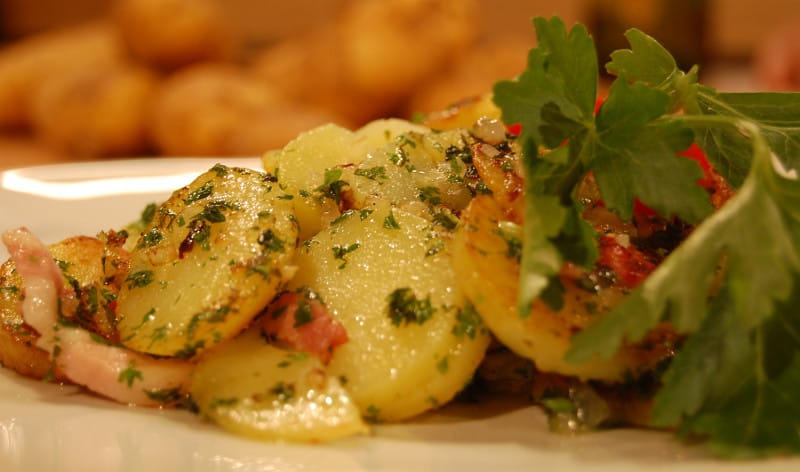 Are you actually still feeling quite enamoured with the whole concept of making some kind of delicious German potato dish but you’re holding out for more ideas before you pick any of the earlier ones we showed you, just in case? Well, if you’d prefer to make a warm potato dish over a salad but you’re not sure your kids will eat the filled idea, then perhaps you’d have more luck with something like these German fried potatoes, or Bratkartoffein! Alles German has all the information you’ll need to make it happen. 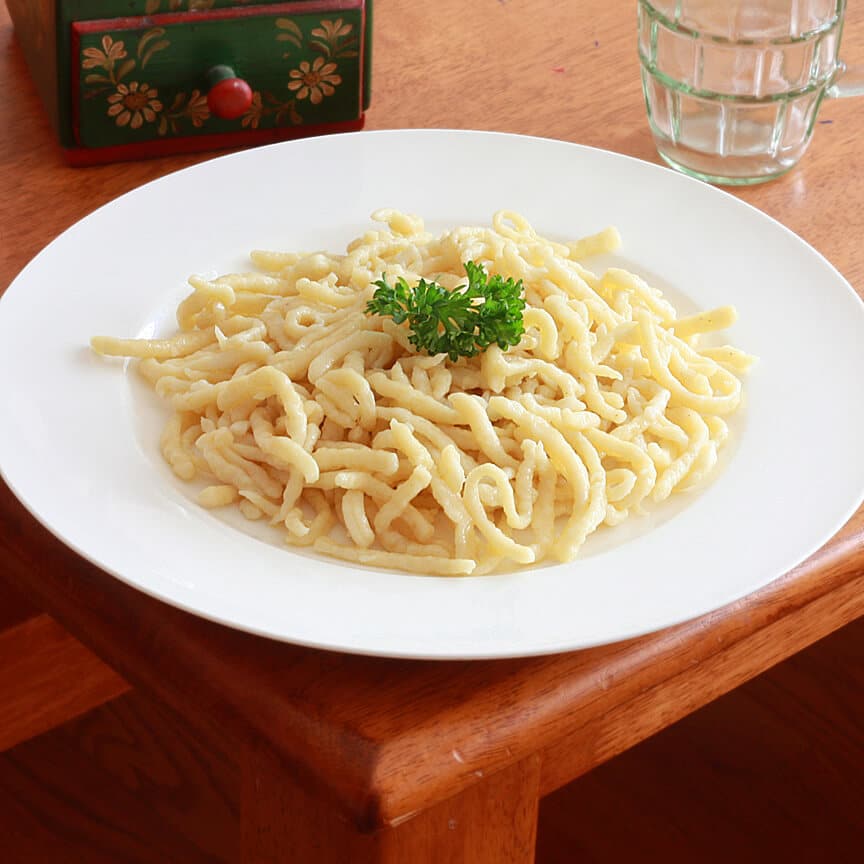 If you’re looking for another classic German dish that your friends and family members might have heard of before but not necessarily tried, The Daring Gourmet has another suggestion for your list and a great tutorial that will show you how to make it! Take a better look at their page to see how this homemade German spaetzle was made. This dish will actually pair quite well with several of the other suggestions on this list! 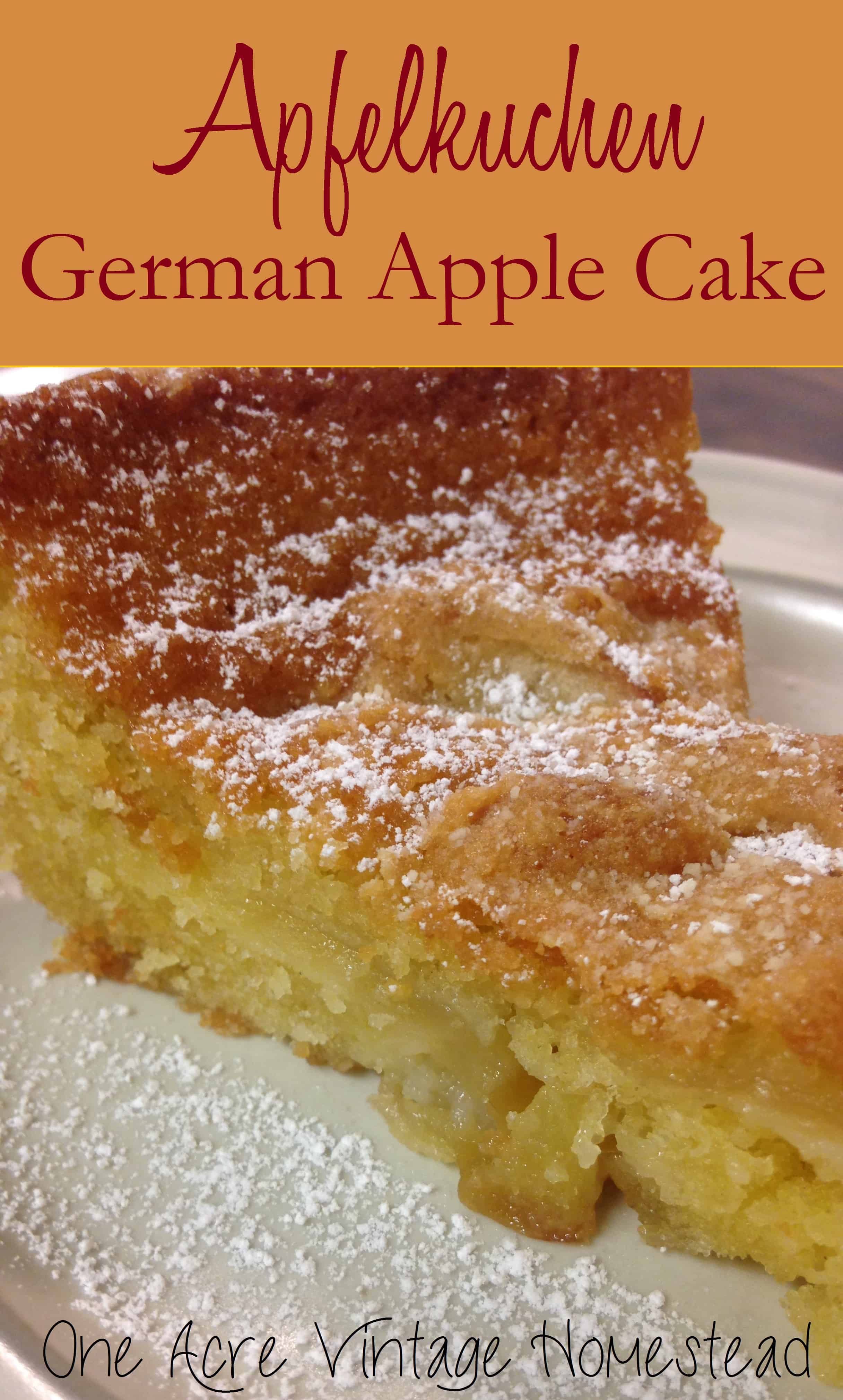 Just because you’re feeling determined to make yourself a homemade German recipe doesn’t mean you have to make something savoury, of course! There are also plenty of Germany dessert recipes out there that are equally delicious and satisfying to make. This apfelkuchen, or German apple cake, is the perfect example of what we mean. See the full details for making it on One Acre Vintage Home. 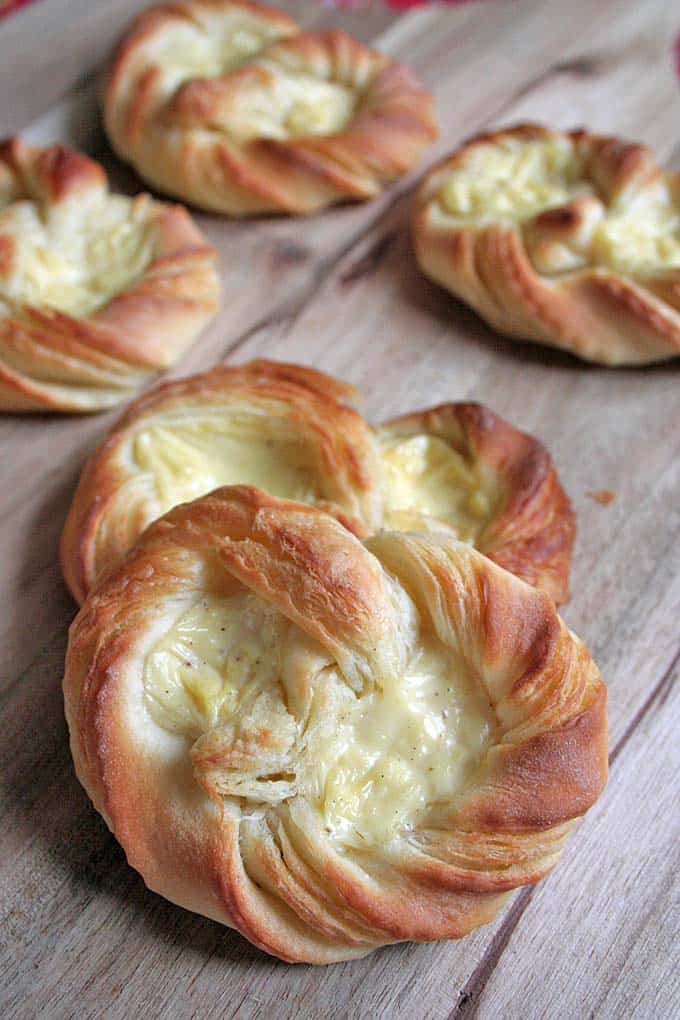 Have we really caught your attention now with this whole concept of doing a little bit of German baking but you’ve always been more of a pastries person than a cake lover? Well, seeing as how pastries can be served both savoury and sweet, we can totally understand that! We’d encourage you to try your hand at this recipe from Foodal that teaches you how to make puddingbrezel, which is a classic German pastry that’s sweet but not too sweet. 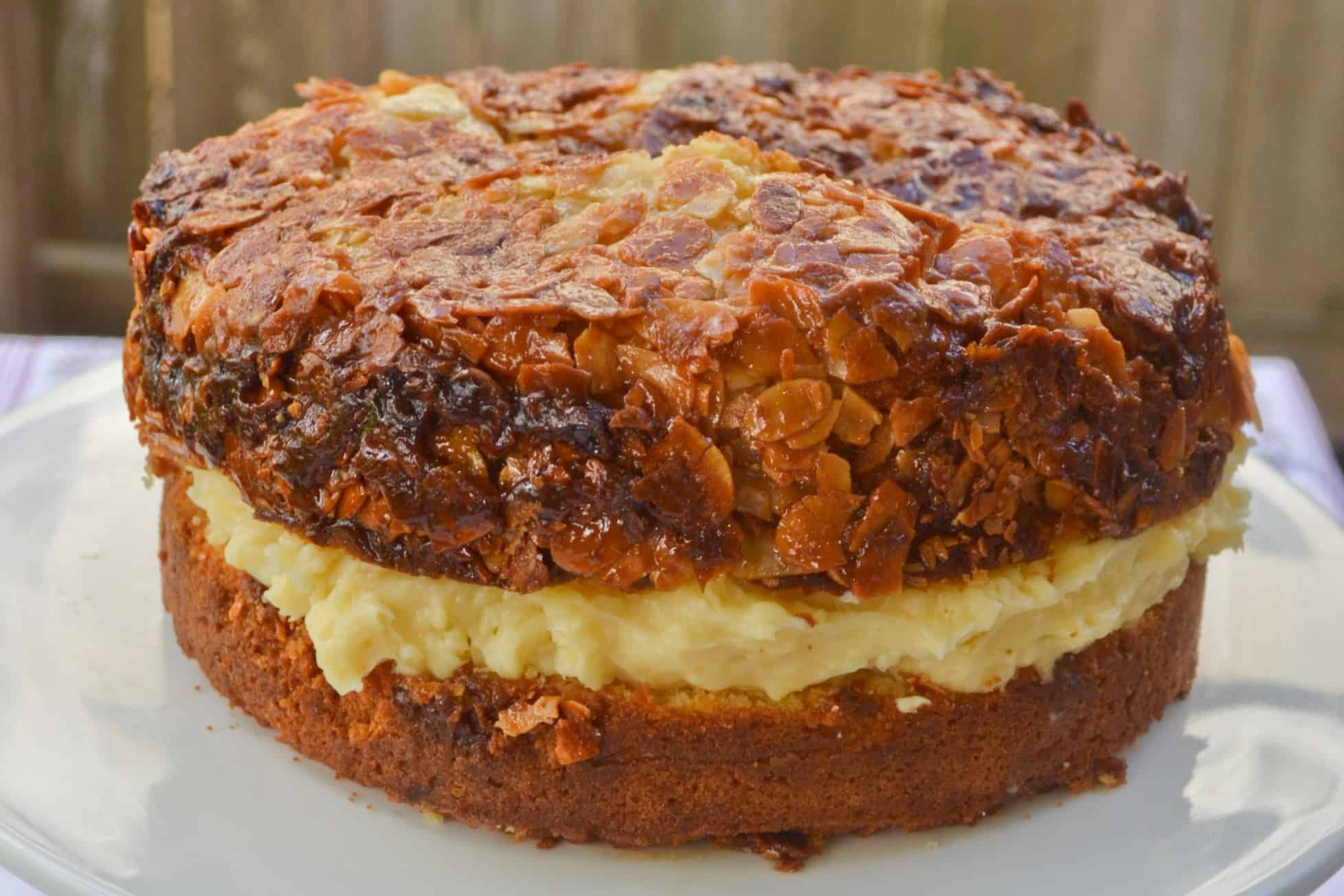 If you ask us, the best part of trying some international cooking and baking is finding out what kinds of recipes are a total staple throughout people’s childhoods in other parts of the world that we might never even have heard of. This next recipe from My Family Kitchen was one of those things! Their tutorial walks you step by step through the process of making a honey based dessert called bienenstich, or “bee sting” cake. 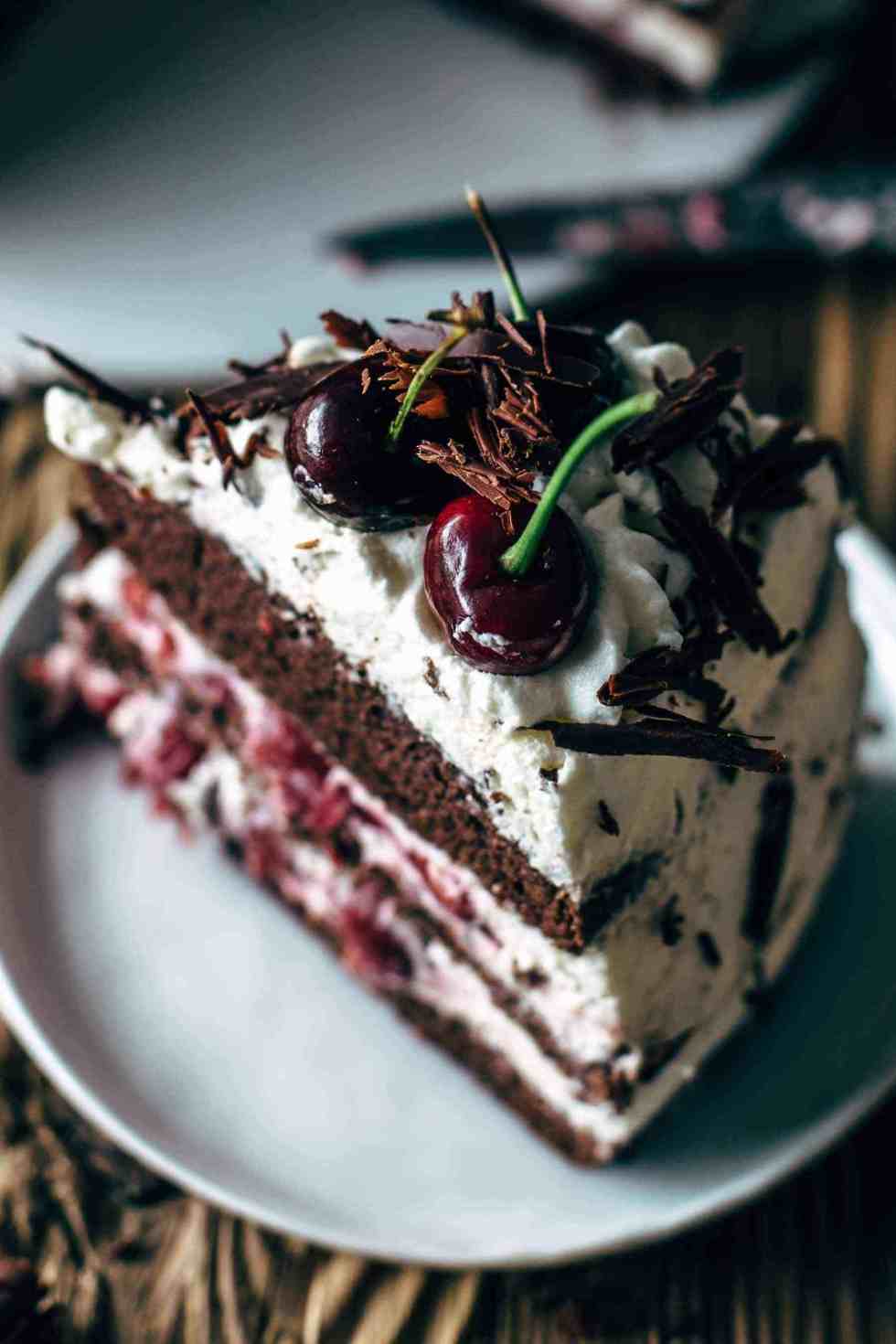 Of course, if we’re going to talk about German dessert recipes, we can’t possibly leave black forest cake off the list! Yes, black forest cake is one of those recipes that did make its way over to other continents, so you might already be familiar with it, but not every kind you try here will be really authentic. This particular recipe from Also the Crumbs Please, however, is! 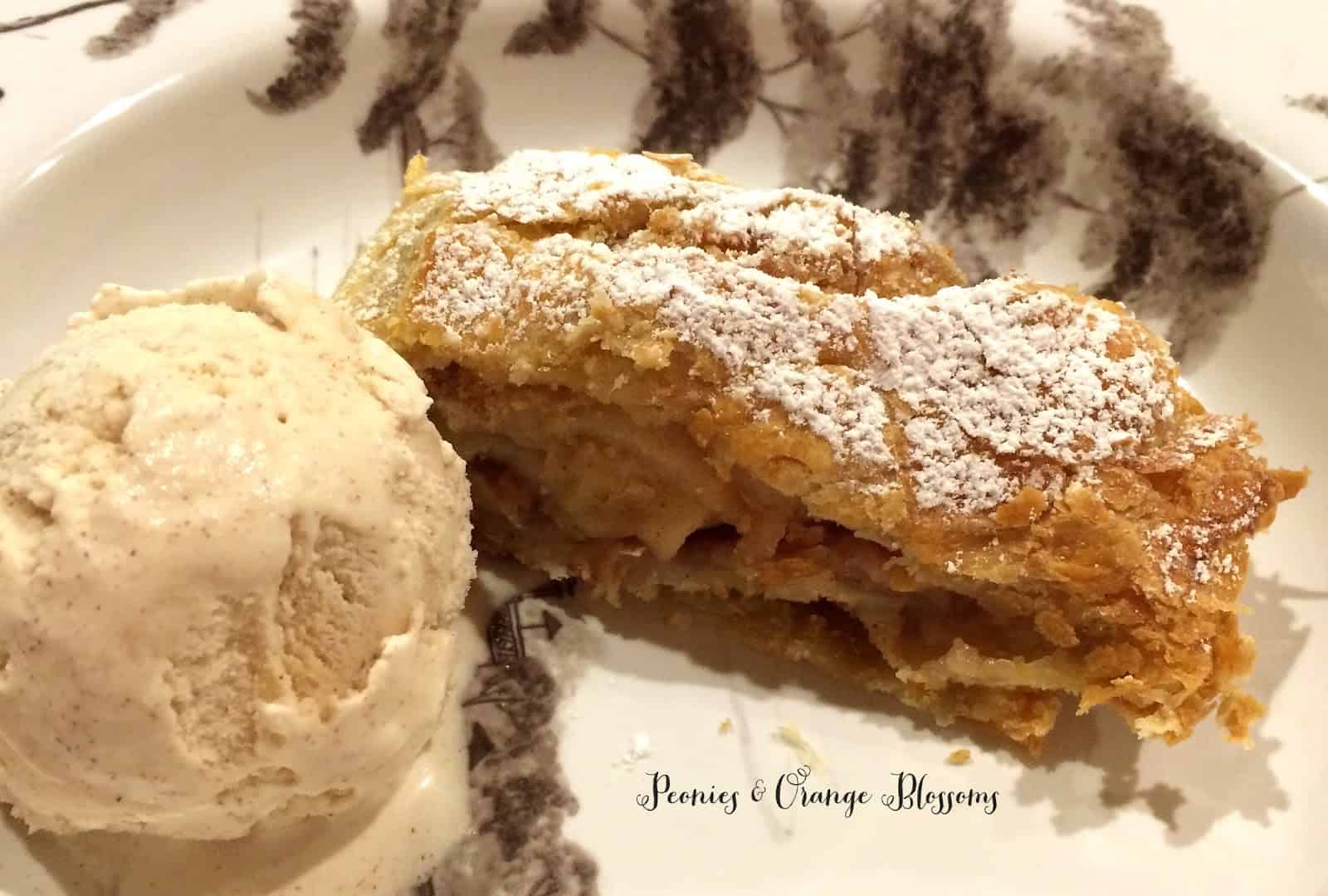 Before we go, here’s one more classic German dessert for your recipe book that we’ve tried before and couldn’t possibly recommend enough! This recipe and tutorial from Petite Haus teaches you step by step how to make a delicious traditional German apple strudel that tastes especially great with vanilla ice cream. We’ve tried a lot of strudel recipes before and found that this particular one gets us the best texture.

Do you have another favourite German recipe that your family and friends love each time you make it but that you don’t see here on our list? Tell us all about it or link us to the recipe in the comments section so we can try it out too! 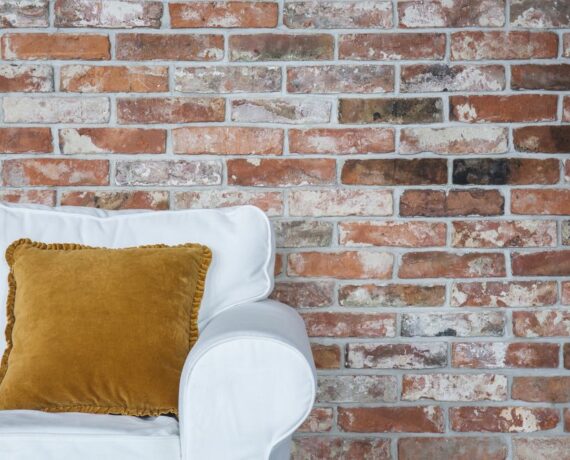 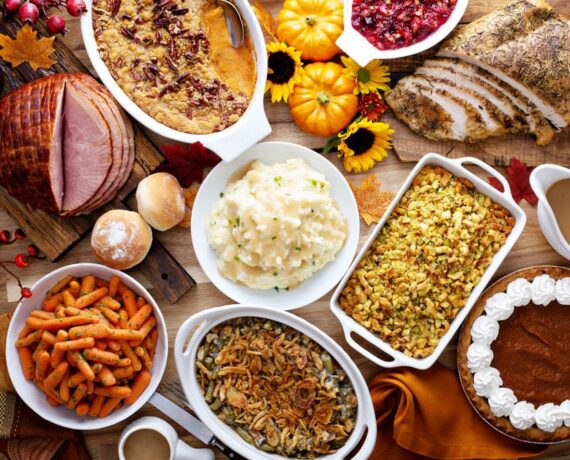 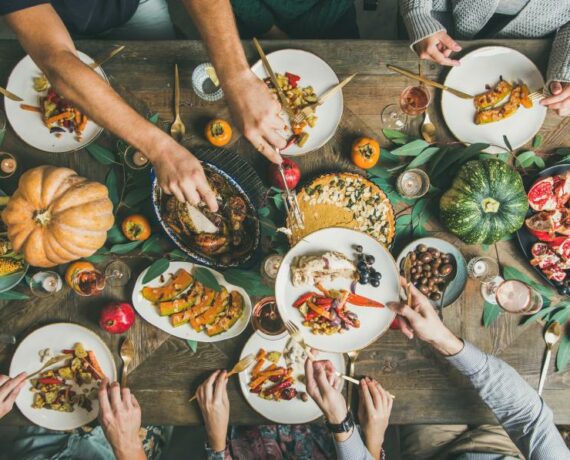 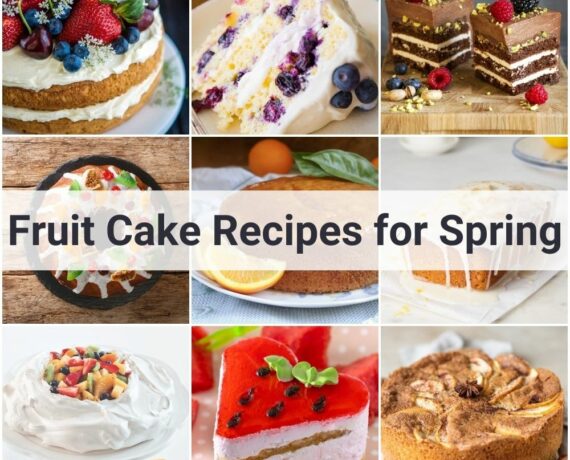 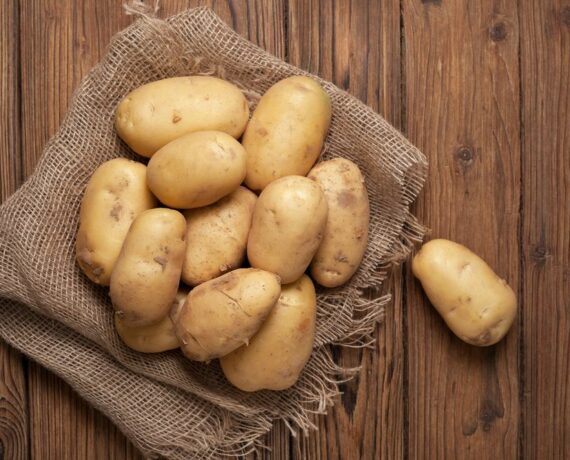