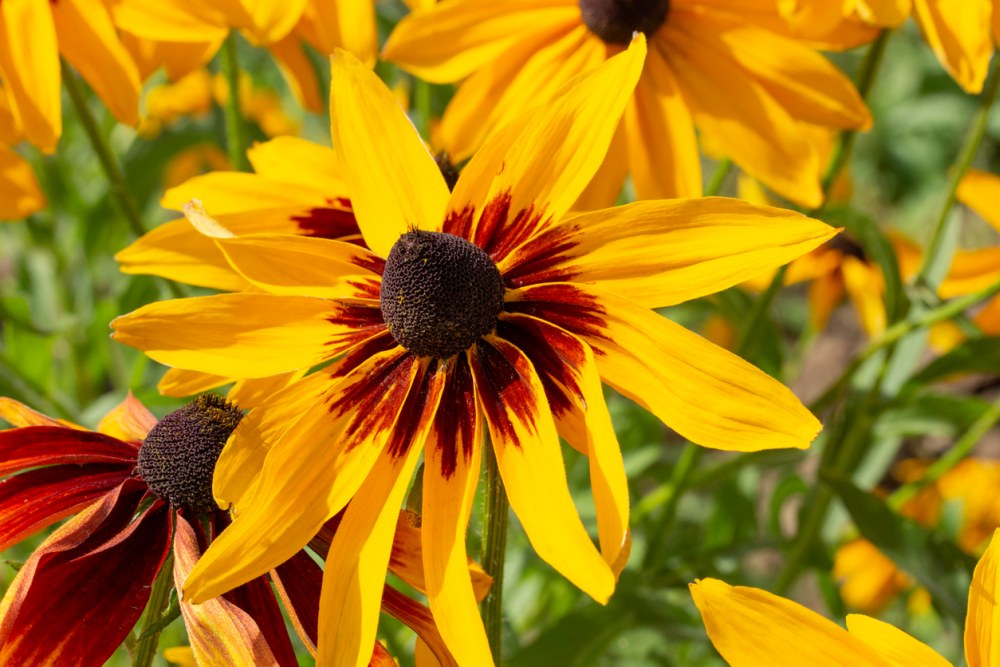 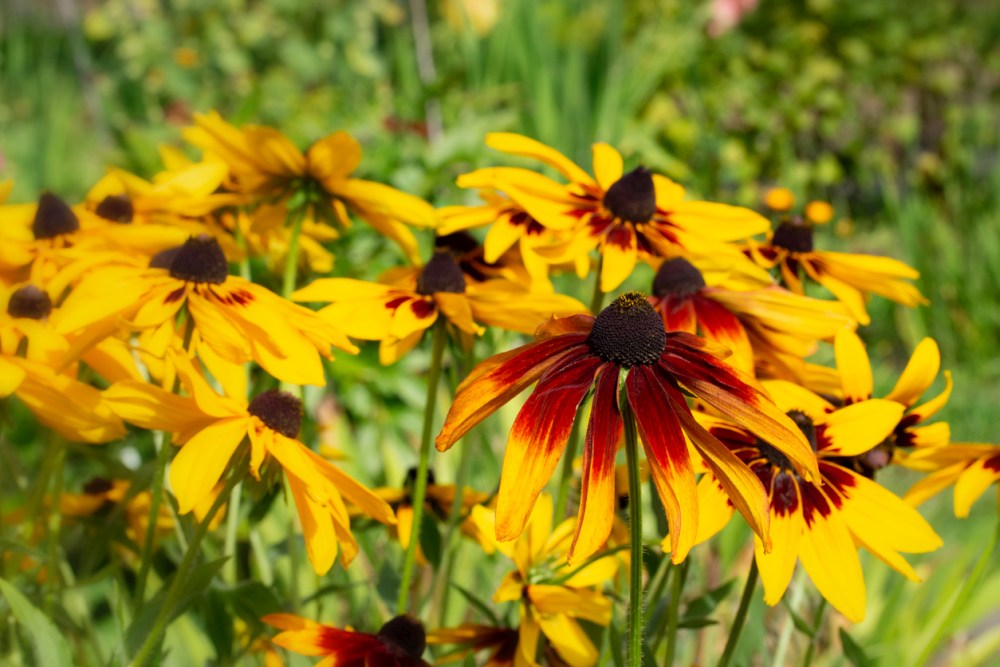 The daisy bush is a perennial that grows in parts of your garden where hardly anything else will grow. The shrubby African bush daisy has unique foliage that looks a little feathery. But it’s the flowers that stand out against the gray-green backdrop. Gardeners prefer this perennial because it grows fast and covers any empty patch in the garden with its bright blooms.

Even if you live in chilly areas where the winters are exceptionally cold, you can still grow this bright and cheerful shrub as an annual. As we’ll see, it’s easy to grow it from seeds or a cutting and it doesn’t take long for it to establish in the soil and transform the barren spot in a matter of days. The daisy bush works well as a border shrub as well as rock gardens. It grows well in containers as well so you can place them on a patio, balcony, or terrace for ornamental purposes.

A native of South Africa, the daisy bush (Osteospermum) is very much similar to the regular daisy. This is especially true of how the petals of the flowers radiate out of a fluffy disk in the center. But unlike the common daisy, the African bush daisy is more colorful and eye-catching. The disk in the center of the flower has metallic hues that almost look otherworldly.

The leaves are a sight in themselves. Depending on the variety you grow in your garden, you might have long and thin leaves that look like lances. Other varieties have ovate and broad leaves that are smooth to the touch. Even the flowers vary as well between flat petals to tubular ones that look more like spoons than regular daisy petals.

These perennials have USDA hardiness zones ranging from 9 to 11. In other words, they thrive in warm climates and need plenty of sunlight. But as we stated, you can still grow them in colder climates as annuals that need replanting every year. It has many other names including the blue-eyed daisy.

On average the daisy bush will grow to about 6 inches. But some varieties and cultivars will grow to 15 or even 24 inches. So you should choose the right variety for the space you have in your garden or patio.

Naturally, when a new species makes a splash in the market, horticulturalists take it upon themselves to crossbreed it. It’s just human nature. So it was no surprise that a few years after the African bush daisy became popular that more varieties and cultivars started rolling out. Here are some of the most popular ones.

How to Grow the African Bush Daisy

How you grow the daisy bush depends to a great extent on the variety you chose for your garden or patio. Some cultivars are easy to grow from seeds while others you should only propagate from a cutting. We’ll focus here on using a cutting since it applies to all varieties and cultivars. Here’s what you need to do in easy steps.

For the most part, it’s easy to grow your daisy bush out of a cutting than from seeds. As hardy plants, the perennial African bush daisy tolerates the hot weather even if it requires more fertile soil than other bushes and perennials. You should pay attention to the water, pruning, and diseases that infect this plant.

For the daisy bush, you cannot go wrong with sandy soil. The more lightweight, the better. It should be well-drained as this perennial doesn’t like to get its feet wet. The soil has to be packed with nutrients. But even if you grow it in poor soil, you can still use organic compost or fertilizers to enrich the soil and feed the shrubs to improve their blooms year after year. If you think your clay soil is too dense, try mixing it with sand or perlite.

The African bush daisy doesn’t like too much water. If there’s one thing you need to adhere to it’s that you should only water the soil when it goes dry. When you irrigate the soil, make sure it gets moist, not soaked. The roots of this daisy are sensitive to water and root rot is a common problem especially in badly-drained soil. To simplify things for you, only give the plant about one inch of water every week. You can cut down even further in the winter when the temperature drops down.

Nutrients are important for the success of the daisy bush. As perennials, you’ll need to apply fertilizers at different times throughout their lives. This will ensure they bloom every year and the flowers are as abundant as you’d like them. The first application is usually around the growth cycle in late spring. You can use a balanced fertilizer once every couple of weeks. The second application is in the mid-summer before the blooming cycle. Hold off the fertilizer for the rest of the year.

With a bush that blooms so much, you have your hands full with pruning. As the flowers of the daisy bush fade, you’ll need to remove them individually. This triggers the bush to grow new flowers and saves its resources. Faded flowers are gearing up to develop seeds that use up a lot of nutrition. You want the daisy to keep growing flowers, not seeds. Once the last flower has faded, it’s time to prune the branches to manage the shape and size of the bush. Avoid pruning in the fall since that triggers new growth that doesn’t do well in the winter months.

As far as pests are concerned, you don’t have to worry about any unusual infestations. Apart from the occasional aphid or whitefly, the daisy bush doesn’t attract serious pests. You can easily get rid of them using neem oil or a swap soaked in rubbing alcohol. But the same couldn’t be said about diseases.

The two main diseases that gardeners struggle with are root rot and gray mold. Root rot is a common issue with plants that can’t handle soaked soil. You’ll notice that the gray-green leaves turn yellow and droop. The flowers lose their deep colors and will fall at a higher pace than usual. Check the soil about 3 inches deep. If it’s wet, hold off irrigation until the topsoil is dry.

Gray mold is another disease that spreads across the leaves and branches as a result of high levels of humidity. Avoid sprinkling water on the leaves and ensure that there’s enough space for air ventilation between the bushes. If the fungal infection is spreading, you can try a fungal herbicide.