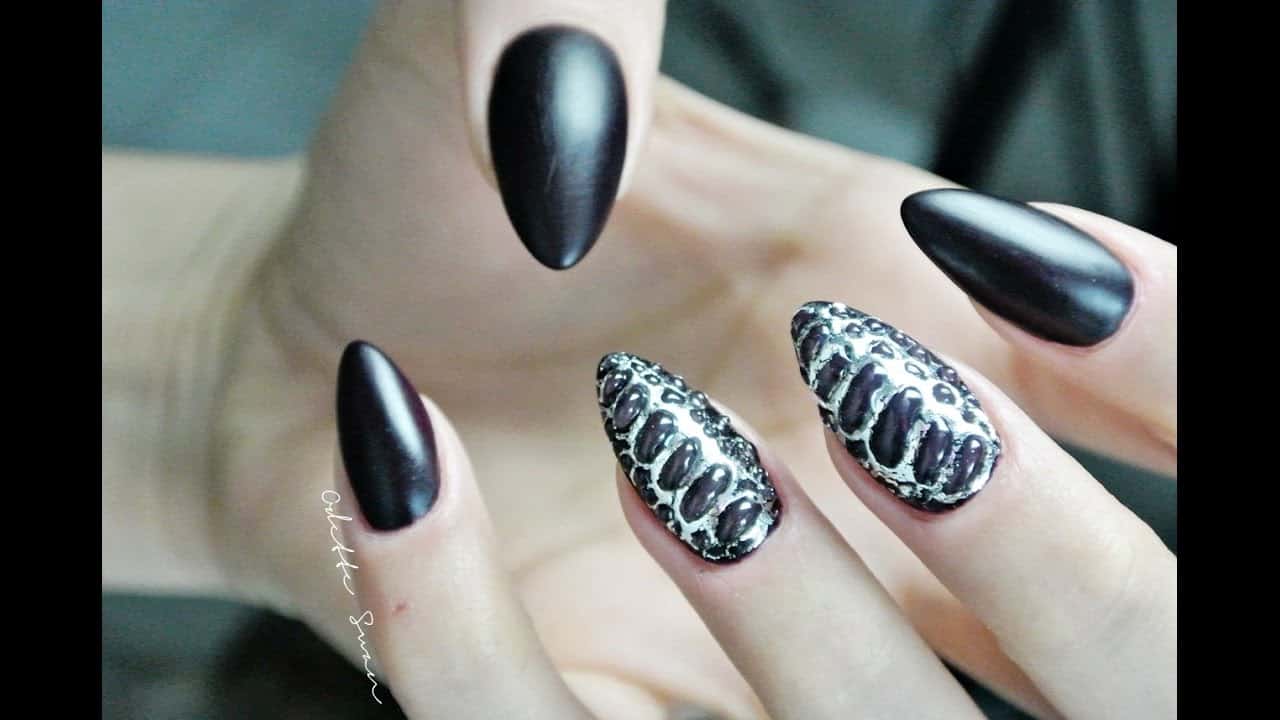 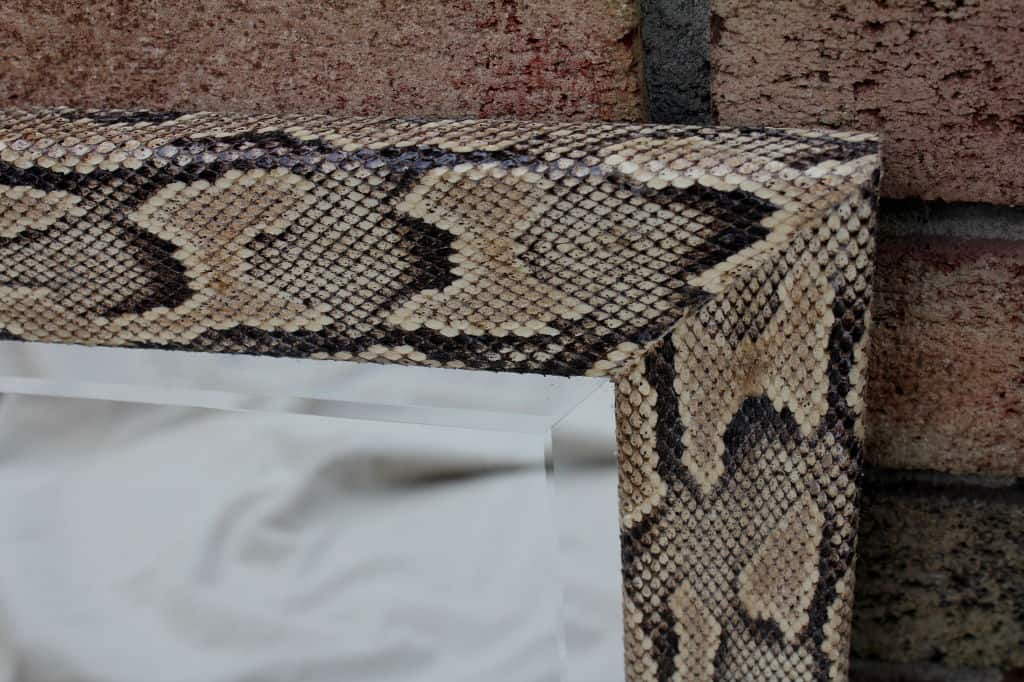 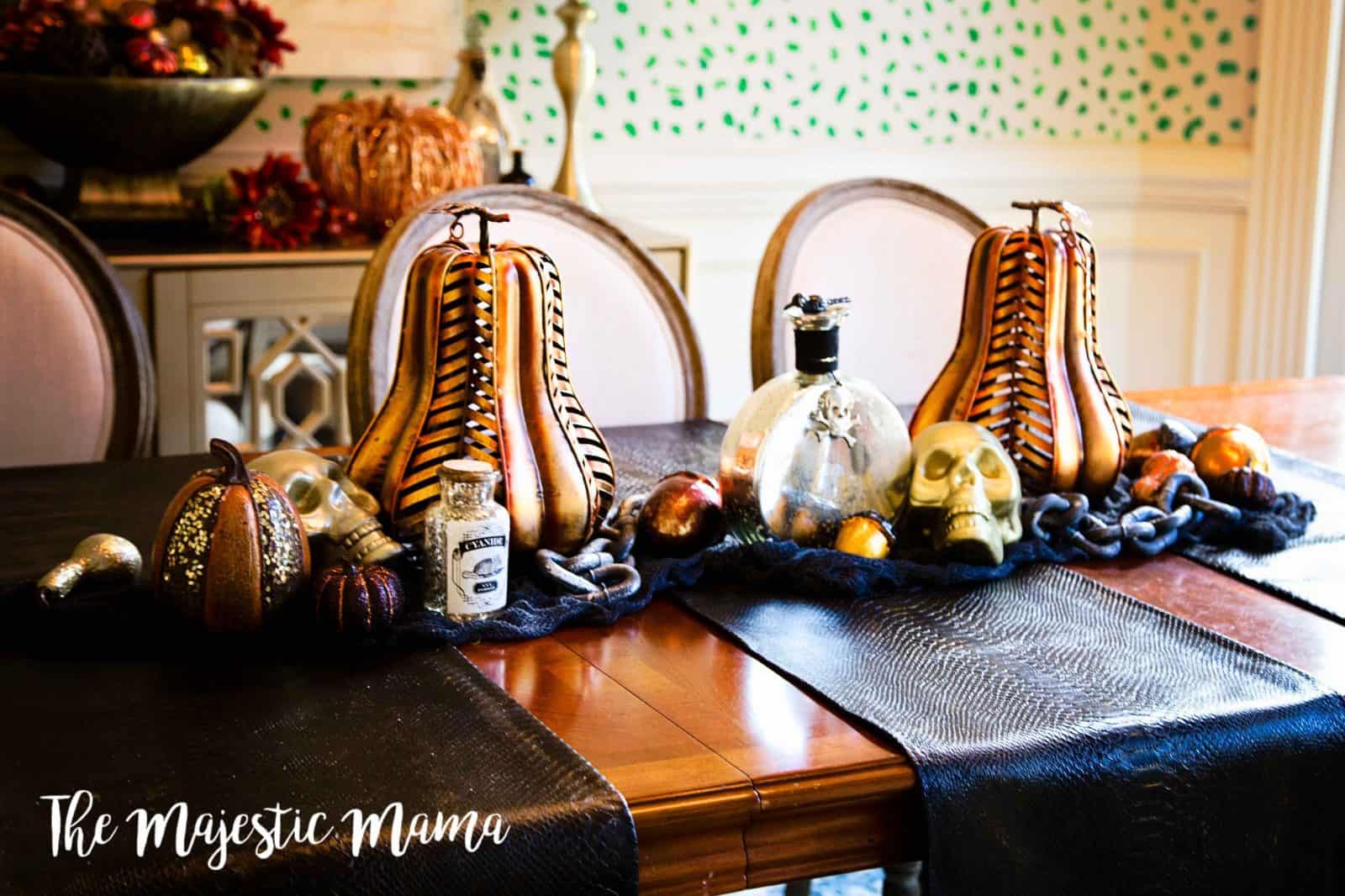 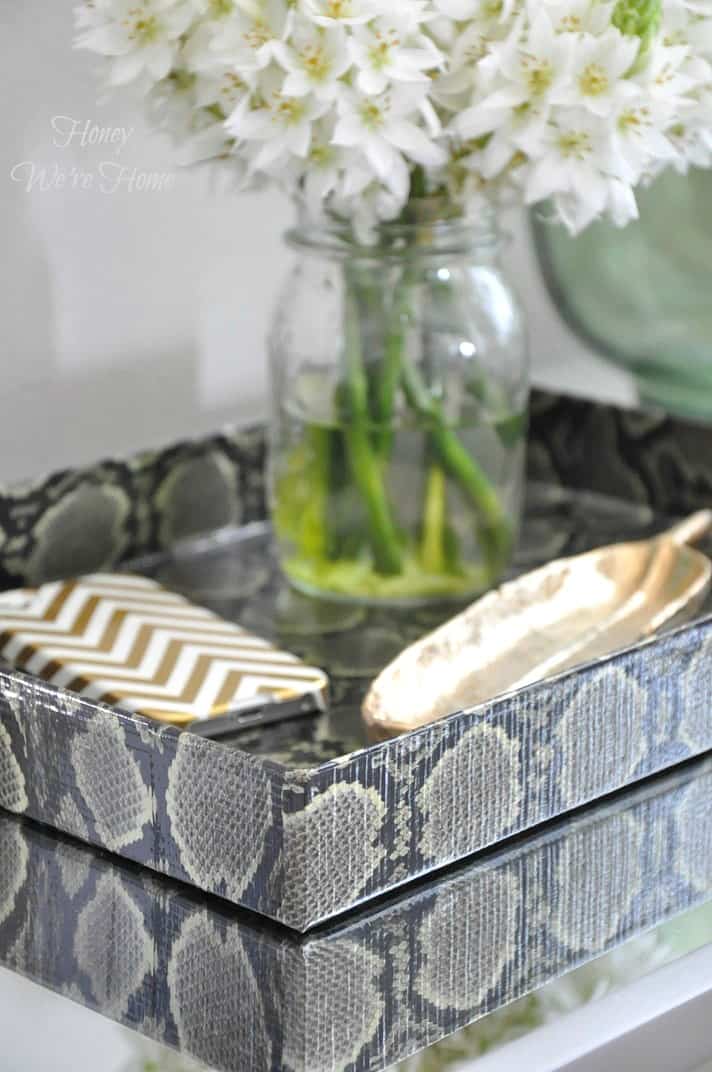 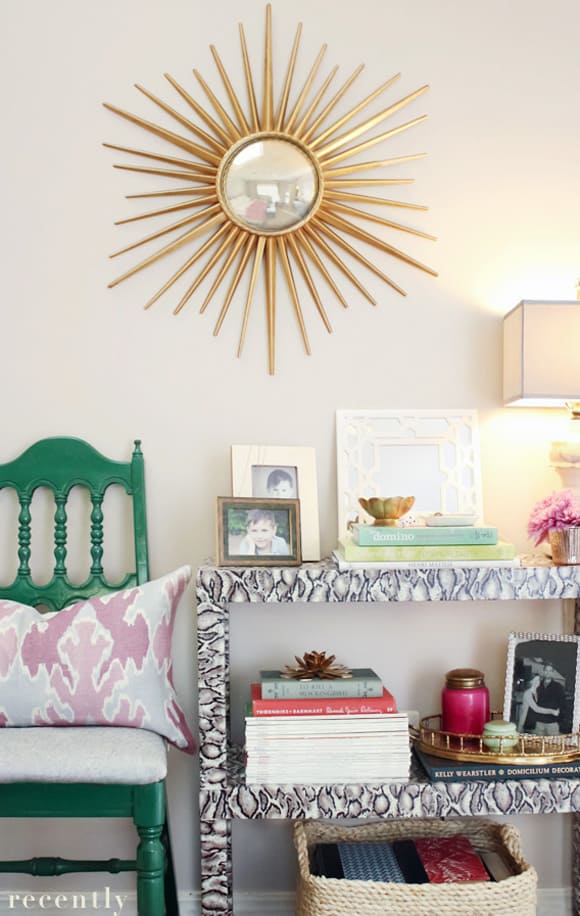 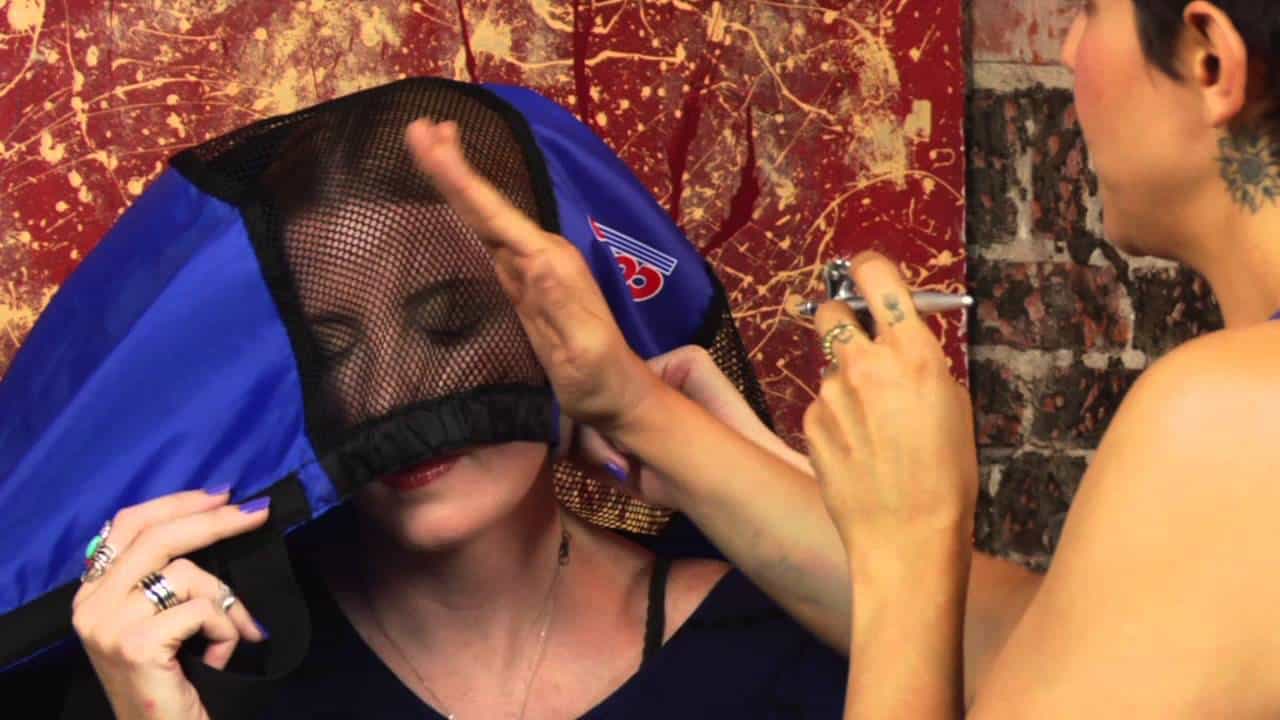 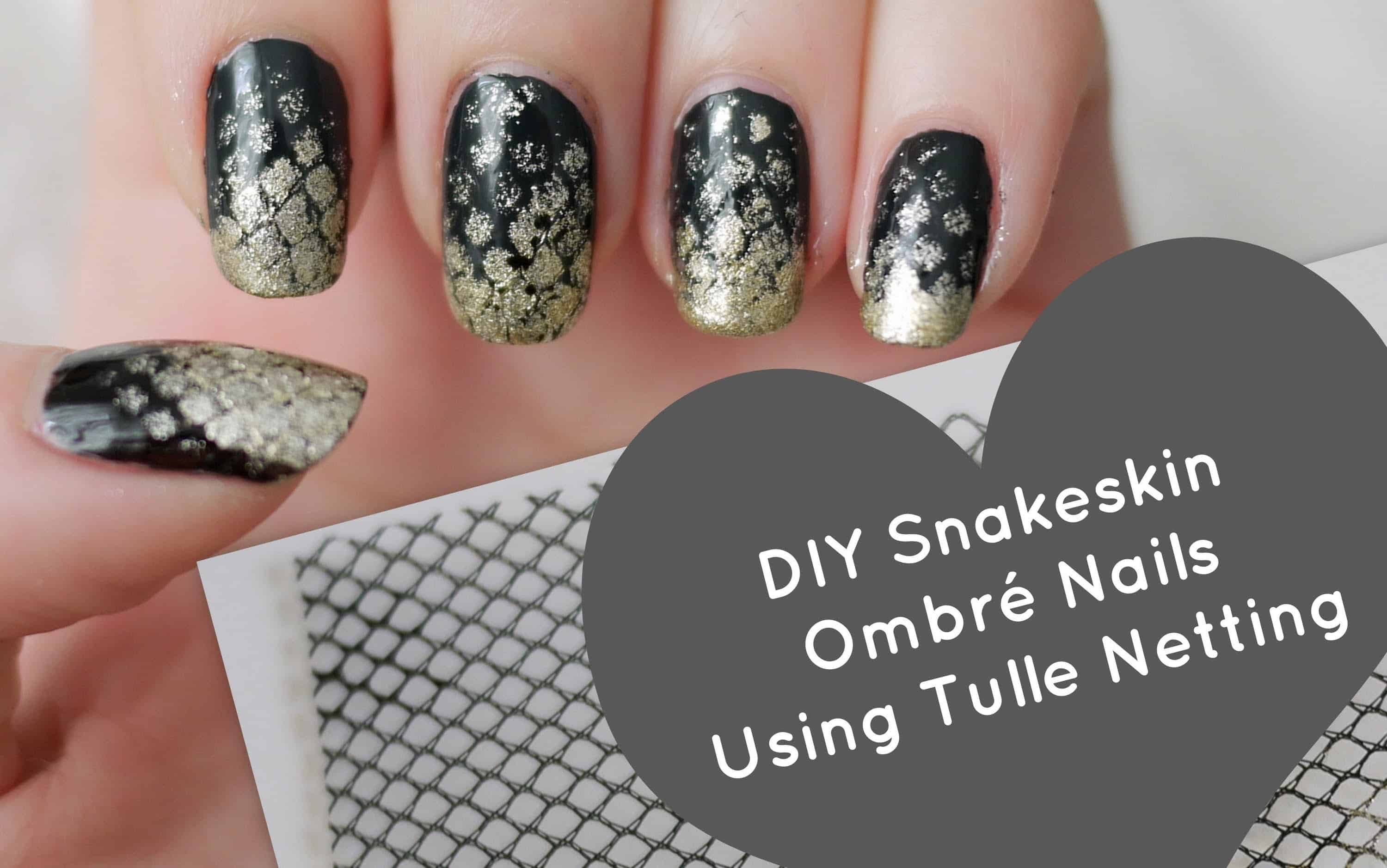 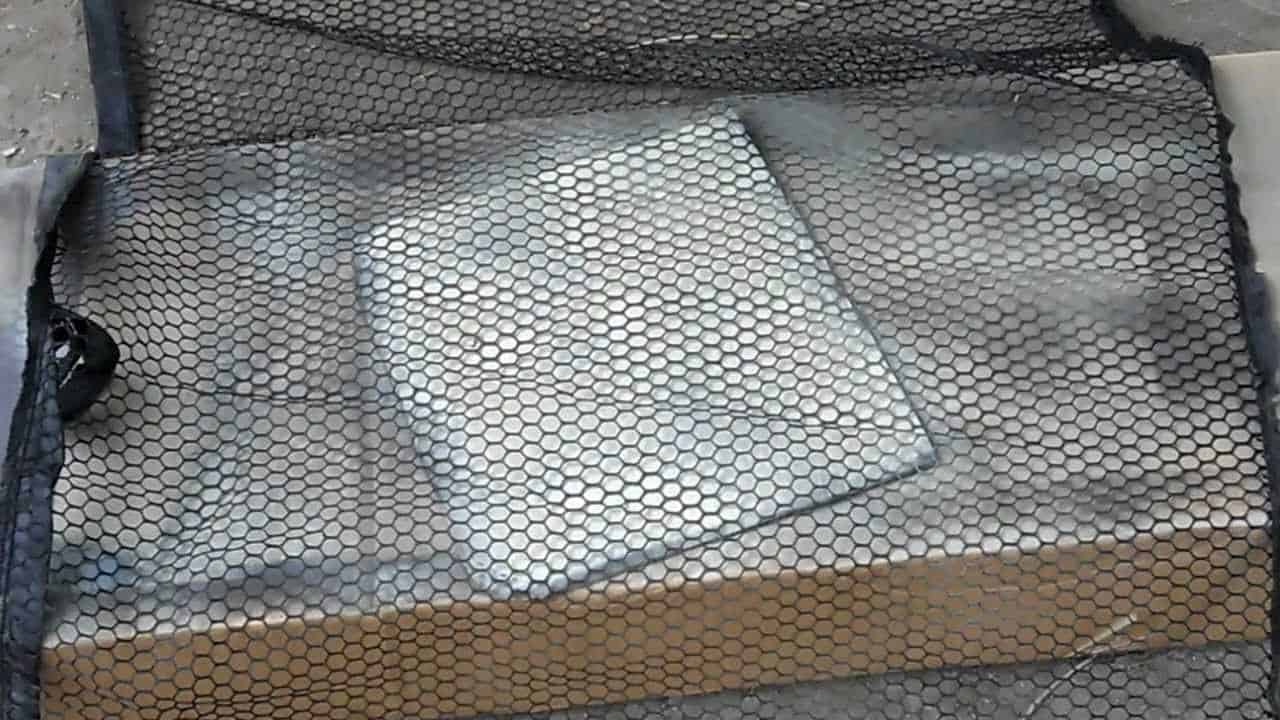 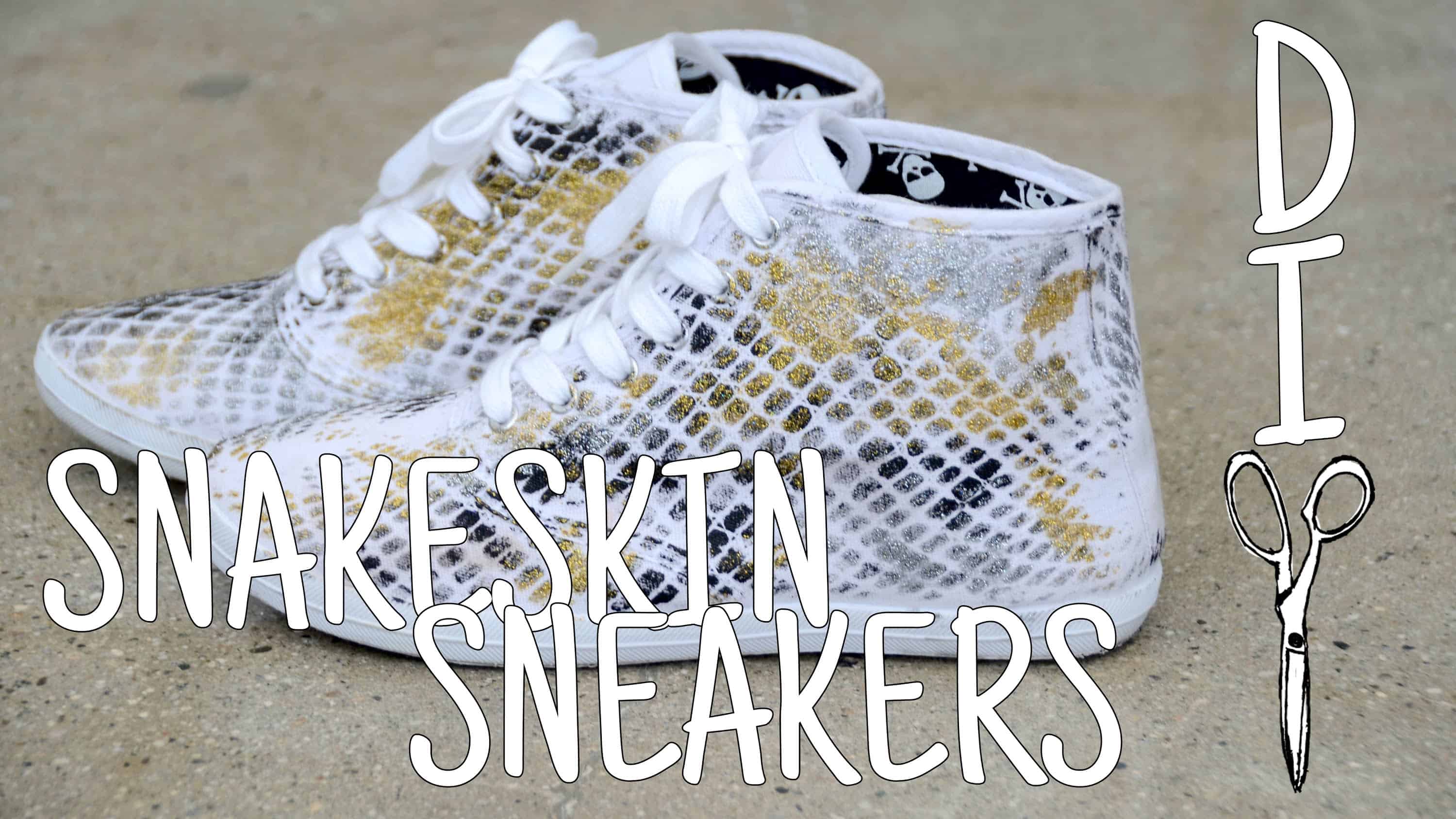 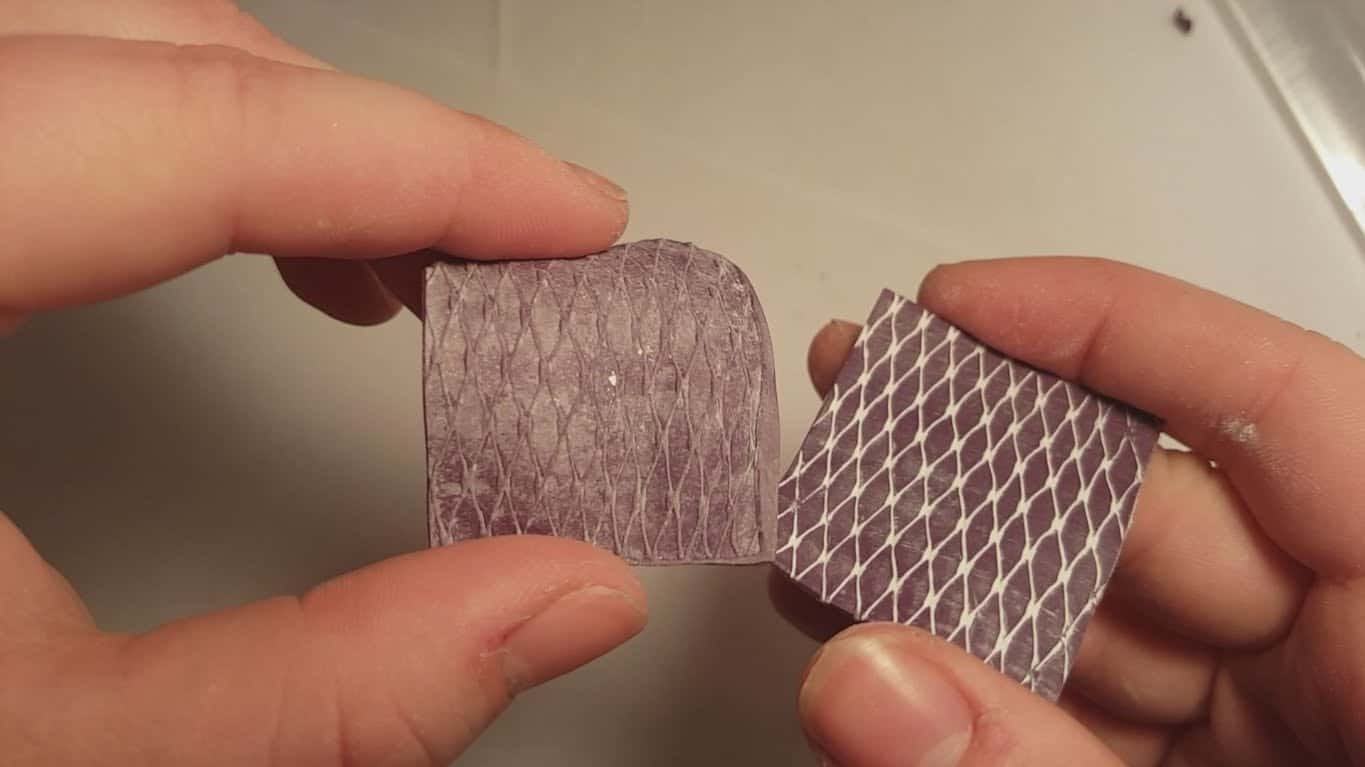 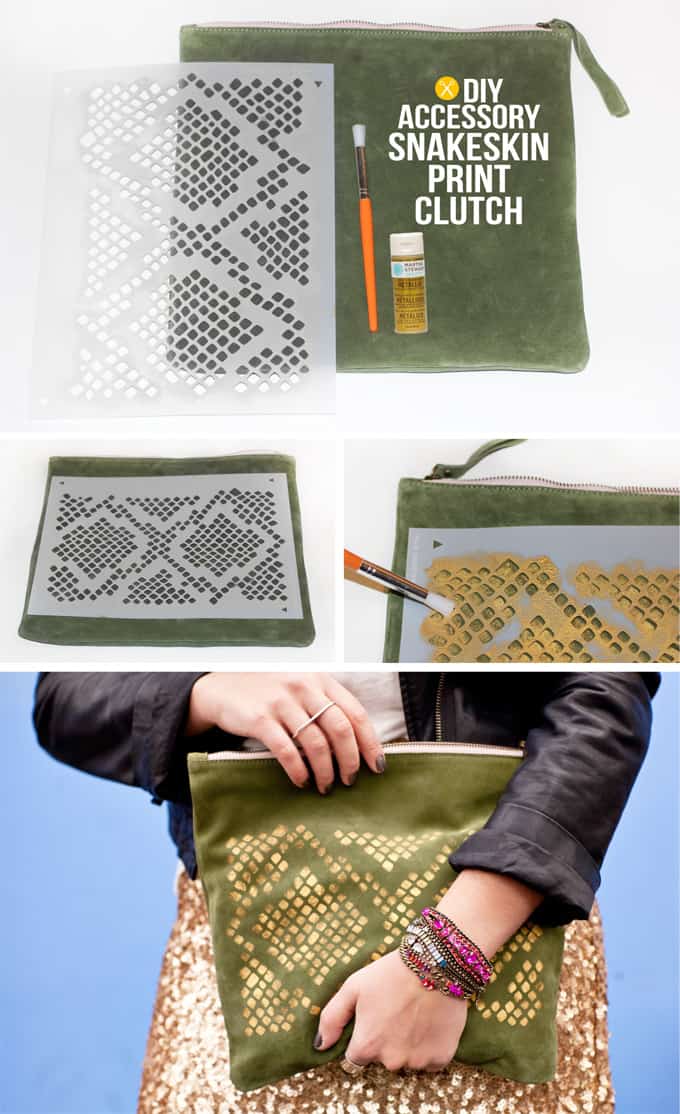 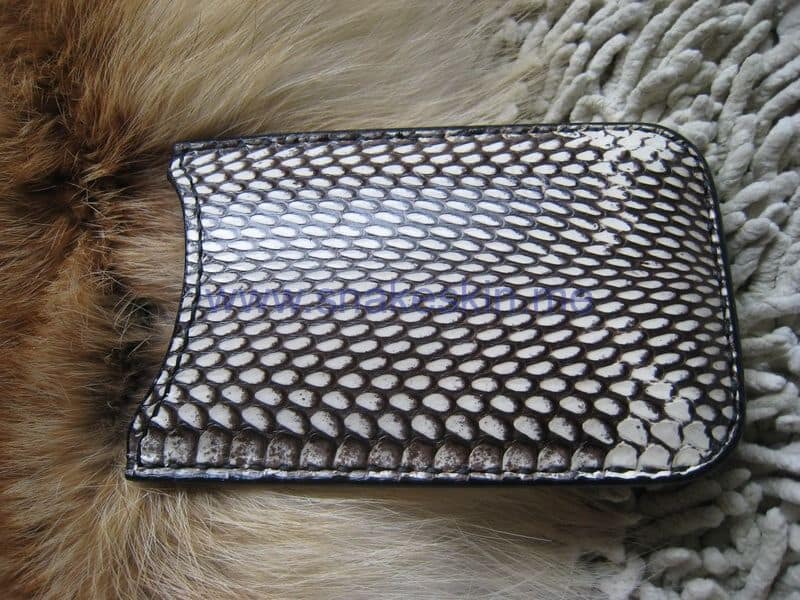 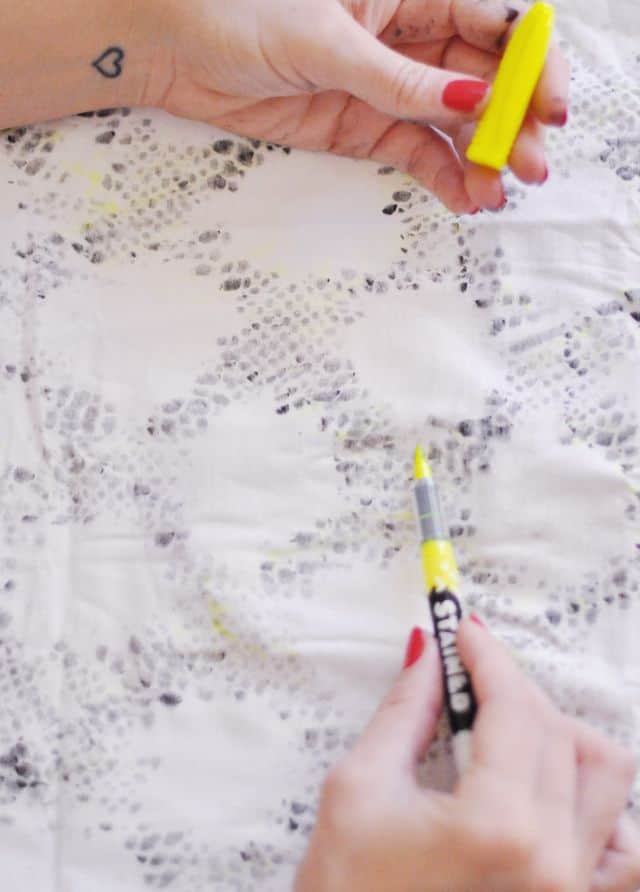 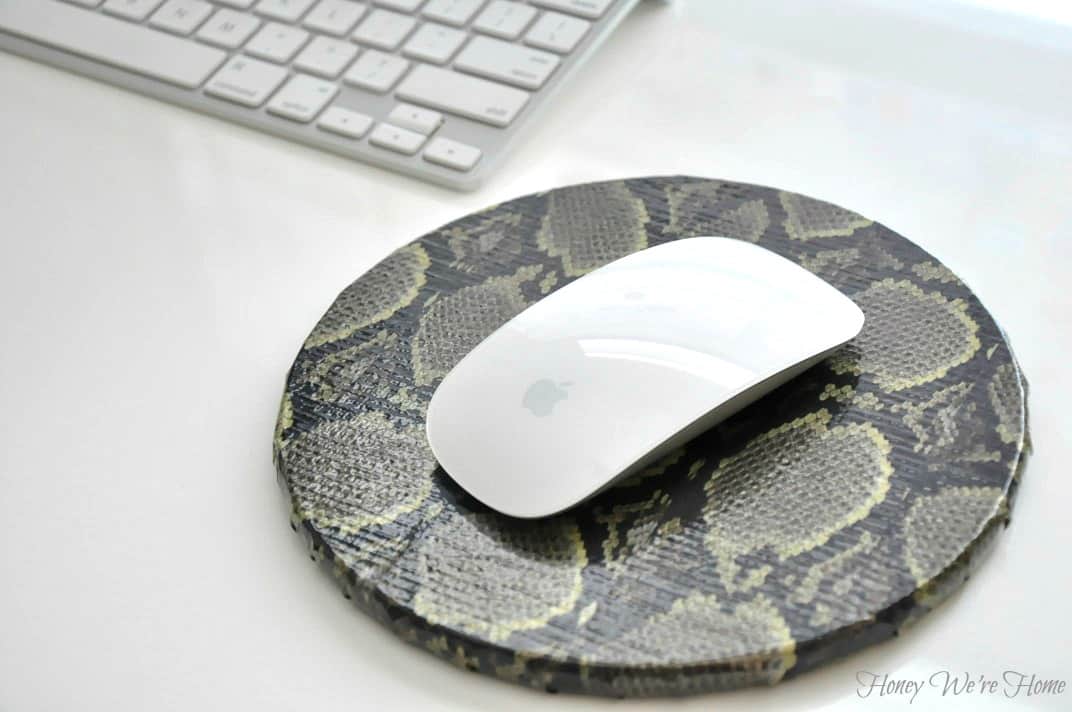 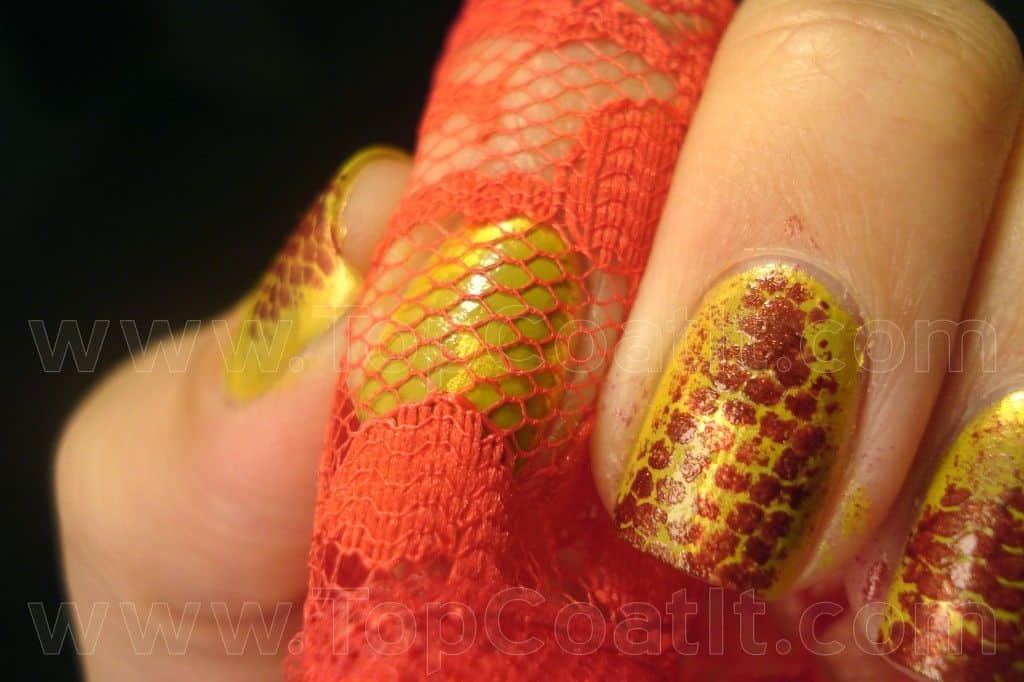 When we were younger, our great aunt had a friend who we thought was the most stylish person in the world. Looking back now, we realized that the clothing and accessories she chose were certainly more quirky and unique than classically stylish, but we admired her to no end as kids. Always dressed to the nines, this woman seemed glamorous and fun, wearing things that caught people’s eyes and really made them pay attention to her. Perhaps the thing about her personal style that stood out to us the most was her absolute adoration of snakeskin. Now, she was too much of an animal rights advocate to wear the real thing, but she certainly loved the pattern and owned endless pieces of clothing and accessories in snakeskin print. That’s why we’ve always had a weird soft spot for snakeskin print in just about any piece of apparel or decor, and that’s why we’ve been thinking about making ourselves some snakeskin print pieces of our own to emulate someone we remembered fondly!

Just in case you love snakeskin as much as we do and would love to make some projects inspired by or featuring it but still feel like you could use some guidance, here are 15 of the best homemade snakeskin ideas, designs, and tutorials we’ve come across so far.

Stencilling might sound like something you’d do on a wall or during a hard surface painting project rather than on fabric, but we’re happy to report that soft stencilling is actually just as manageable and fun to do as any other kind! We love the way I Spy DIY used beautiful metallic gold fabric paint and a stencil to create a wonderfully visually textured snakeskin print across the front of a thrifted clutch bag.

Perhaps you’re actually looking to make several snakeskin things at once, but you’d prefer to create a more realistic look? Well, particularly if getting a neat, even effect that looks very uniform if a concern of yours, then we have a feeling you’ll love this polymer clay snakeskin stamp! Icy Snow guides you step by step through the process of making and moulding it from scratch.

Are you feeling very intrigued by the idea of making yourself some fabric paint and stencil snakeskin pieces but you’re just not sure that you’d actually use a printed clutch as often as you think? Well, lucky for all of us, Mr. Kate is here with another fabric stencilled snakeskin idea that some people might find a little more diverse! Check out their tutorial to see how they carefully laid their stencil against a pair of sneakers and kept the pattern neat despite working on a more unconventional shape that doesn’t lay flat.

4. How to paint snakeskin through a mesh bag

Are you intent on making something that features a snakeskin print, but you’d really like to get your kids in on the project so you’ve been scrolling through our list hoping to find a method that’s a little bit easier and perhaps even a bit quicker to do? In that case, we’d definitely suggest taking a look at how BT-01 got the effect you’re looking for using a mesh bag! They simply placed their project underneath a mesh laundry bah and used spray paint directly over it. The mesh lets the paint go through the holes but the spaces between block it, creating negative space and a snakelike scaly effect.

Do you actually love the idea of wearing a snakeskin print so much that you wish you could keep it on for multiple days in a row without repeating garments? Then maybe a snakeskin manicure would be the best idea for you! Rather than having to navigate an entire large laundry bag over the small surface area of your nail, however, we’d suggest taking a look at how Julep used the meshy part of a small scrap of lace to get the same effect. Paint the polish right over it using a sponge!

In our house, cellphones get dropped way too often. We’ve started encouraging our friends and family members to slide their expensive technology into some kind of case or sleeve, but we know that plain colours and cases aren’t necessarily flashy enough for some people’s tastes. That’s why we love the idea of DIY and home embellished phone cases so much! It only makes sense, then, that we’d absolutely check whether there was a tutorial out there to help us learn how to make a version featuring snakeskin print. Get the full details for making a sliding snakeskin phone sleeve like the one you see in the photo from MJ Trends!

Did we really catch your attention when we started talking about snakeskin nails but you don’t actually have any scrap lace on hand at the moment, even though you do have a selection of other fabrics and materials in your crafting room? Then we’d suggest reading for the nearest piece of scrap tulle instead! Janelle Estep teaches you how to get the same effect on the surface of your nails through the meshy pattern of tulle, and they even show you how to alter the effect to look like a textured ombre, just in case you’re the kind of person who always likes more, more, more when it comes to detail.

If you’re going to incorporate snakeskin patterns into your beauty regime, would you actually prefer to go all out and mimic the effect you create on your nails right onto your face for the next time you get all dressed up to go out? In that case, we think you might be the perfect person to give this awesome snakeskin airbrush makeup tutorial featured on E-How Beauty a try! They show you how to carefully place a mesh bag right over your face before you begin airbrushing the spot you please. Don’t have an airbrush and airbrush makeup available? Try getting the same effect using this bag technique but with a light sponging of makeup over the bag instead!

9. DIY snakeskin tank top made with a sharpie

Are you still scrolling through our list and thinking about how you love the idea of snakeskin patterned onto fabric but you’d rather not use repetitive stencilling techniques on something like a shirt that doesn’t necessarily need to be so uniform? Well, if you’re confident in your artist skills like drawing and painting, maybe you should consider creating your pattern by hand instead! Love Maegan guides you step by step through the process of creating a neat repeating pattern but then adding pops of colour and detail using a Sharpie in whatever colour you choose.

Do you actually love snakeskin so much that you’ve been thinking about ways to incorporate it right into your home decor so you can really make a statement? Then you sound like our kind of person! We’re huge fans of bright, boldly patterned statement pieces in home decor, so you can imagine just how great we thought this DIY snakeskin side table from Julia Ryan was when we saw it. Their tutorial shows you how to upcycle a table into a much cooler piece using the pattern you love most.

Did we actually catch your attention quite well when we started talking about snakeskin home decor pieces but your apartment is quite small and you’re worried that a very large, bold statement piece like an entire table might just consume the room a little more heavily than you want it to? Then we’d suggest making something that’s still useful and noticeable but is a little bit smaller! We really love the way Honey We’re Home transformed a plain old organizing tray by covering it in careful, even strips of snakeskin print duct tape. Now you can store jewelry or trinkets in style!

Have you actually gone to great lengths to establish a darkly unique and somewhat gothic aesthetic in your home, so you’re always on the lookout for unique new DIY pieces that will help you build that up even further? In that case, we have a feeling you’re going to adore the way The Majestic Mama created these fantastically gothic looking black snakeskin table runners. The project itself is quite simple once you’ve found the right fabric, making it great for beginner sewing enthusiasts.

Did you really like the idea of making yourself snakeskin decor pieces for your home but you’re either not very into the table idea we showed you earlier or perhaps you want something in addition to that because you loved the way it looked so much? Then here’s another idea for you that uses the same basic techniques but gets you an awesome project that’s a little bit different! Get the full details for making a snakeskin duct tape mirror from MJ Trends.

Okay, we know that we’re really driving this concept home because we already showed you two separate tutorials for creating an awesome snakeskin manicure, but this idea was just so darn cool that we couldn’t possibly pass up the chance to include it on our list! In contrast to the simple, smoothed sponging techniques we showed you above, Odette Swan guides you step by step through the process of creating a snakeskin manicure that’s actually raised in texture, giving it a very cool 3D effect. Believe it or not, this manicure is actually a lot easier than you might think to make!

Have you created a number of duct tape based snakeskin decor pieces around your home by this point and you have some leftover tape that you’d hate to waste but that you doubt you’ll really use for anything else unless you’re introduced to another idea? Well, we are here to provide! Check out how Honey We’re Home used their small amount of leftover tape to cover a mouse pad in snakeskin print so that it not only looks awesome, but actually also reads the mouse sensor even more effectively than the original foam material did.

Do you know another fellow DIY enthusiast who loves snakeskin just as much as we do, if not more? Share this post with them so they have plenty of new ways to craft with their favourite texture!