While apples as fruits are at the heart of many recipes, the tree itself is not without ornamental merits. But as every gardener with an apple tree or two in their orchard will tell you, it’s not always easy to keep that apple tree in good health or maintain a good harvest year after year. 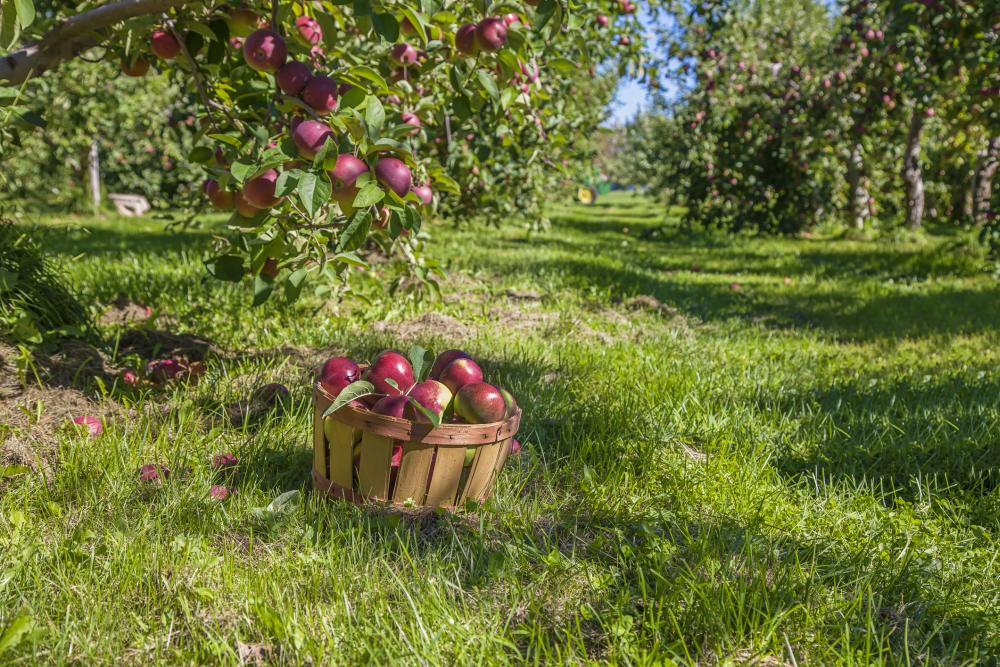 The apple tree growing problems are too numerous. Between protecting the unripe apple orbs from the winter to dealing with them dropping prematurely, it takes some work to get those apples on the kitchen table.

This article summarizes the most common apple tree growing problems and suggests more than one way to deal with each problem.

When you have a few apple trees growing in your garden, it’s not uncommon to see one or two unripe fruits under the trees. That usually is no cause for concern. But when this happens more regularly and instead of one apple, you find a few of them scattered on the ground, you need to take action.

The first thing you need to do is determine where the apples are coming from. Then check the tree that shed those apples. Most likely you’ll find it overloaded with apples. In that case, the tree is just unloading some of the extra apples and there’s nothing to worry about. You should help the apple by thinning out the fruits keeping one apple per cluster.

But other times, pests and diseases could be behind the premature drop. Also keep in mind that proper pollination is important for the tree to keep all its fruits until they are ripe.

June drop is a common phenomenon for apples and pears where the fruit trees tend to unburden themselves by discarding the extra weight. It usually happens in June but could also occur in May. But if the tree is not fully loaded with apples or the June drop continues into July, you need to step in and fix the problem. 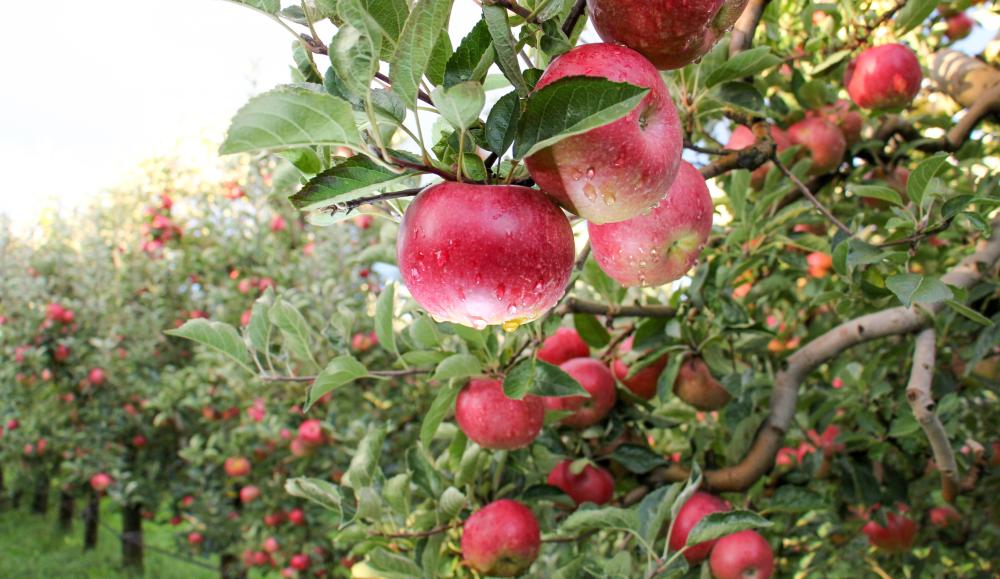 Apples like many fruit trees grow, blossom, and fruit in the spring and summer. By the fall, they bear ripe fruits and get ready for the winter. But as perennial trees, they are not well-equipped for the cold weather in the winter months. This shows as the apple trees come out of dormancy in the spring. Those that are well-prepared for the cold season are the first to show new buds and their flowering will be abundant. But those left to their own devices, so to speak, will struggle and show signs of stress easily.

If you notice that your apple crop is dropping both in quality and quantity year after year, the reason might be that you don’t properly winterize your apple trees. So what is winterizing apples and how do you prepare your tree for the long, dormant months?

Winterizing apple trees usually start well into the summer. By providing proper care and maintenance for the tree throughout the growing season, you make it easier for the tree to handle dormancy and spring back to life with lush foliage the next season. So with that in mind, here’s how to winterize the apple tree.

Apart from their unpleasant appearance, apple cankers are usually a chink in your tree’s armor. This is especially true when those dead spots on the branches become breeding grounds for fungus and bacteria in the winter.

Cankers to apple trees are like scars to living mammals. They’re a sign the tree has been injured. That injury can be a result of unusual weather conditions, inadequate watering, or the onslaught of pests and diseases. Hail, for example, when it hits the branches of the tree, cuts through the bark, and leaves the tree vulnerable to pathogens and insects.

You can easily identify cankers as the wrinkled or dead bark on certain areas on the branches. They’re usually darker in color than the rest of the bark. Sometimes the cankers look like sunken pits and they might pop up above the surface. With time, fungal spores grow over the cankers in white formations. 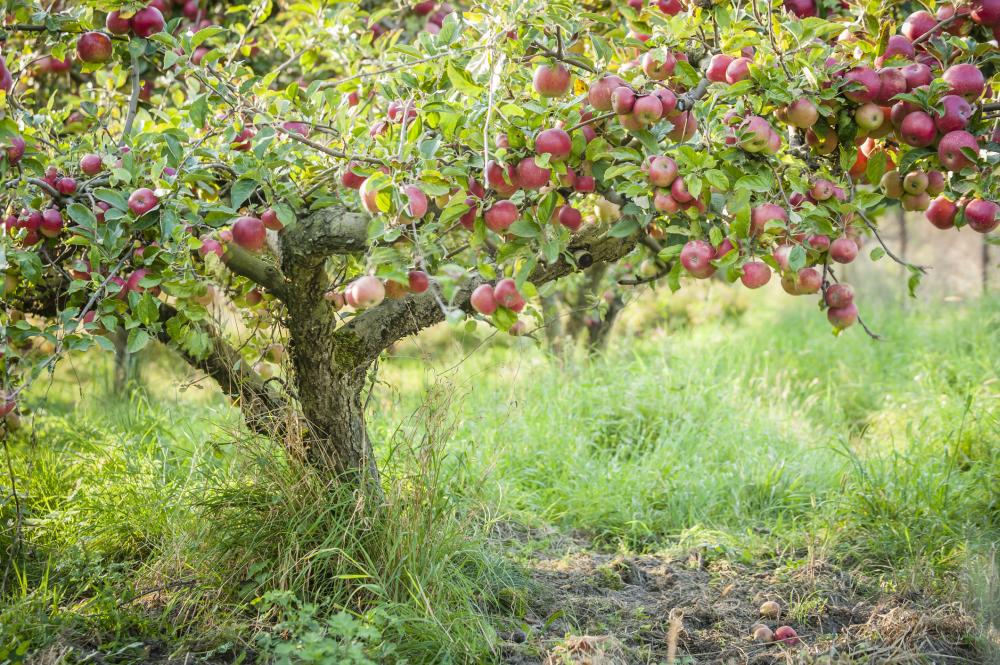 Gymnosporangium juniperi-virginianae is a fungus that causes cedar apple rust. And as the name implies, the spores of the fungus infect two different plants, apple trees, and junipers, to complete their life cycle. But while their impact on the junipers is minimal at best, the fungus causes serious damage to the apples.

To deal with cedar apple rust, one needs to understand the fungus’ life cycle. Since it needs both junipers and apple trees to survive, then making sure that junipers are nowhere near the garden is a good way to control the spread of the spores.

Cut off all juniper plants in your vicinity and burn them. It’s better to do this in the early summer before the galls on the plant open up and spread the fungal spores.

Another way to prevent the fungal infection is to plant apple varieties that have a high resistance to the disease. McIntosh, Empire, Red Delicious, and Winesap are recommended apple varieties. 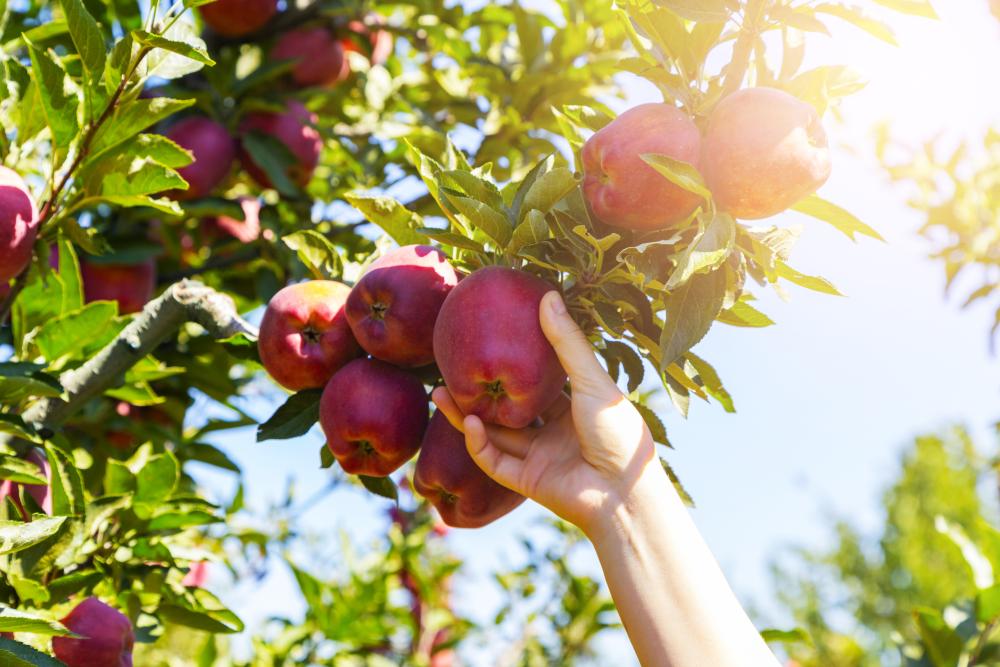 Apple crown gall is as unpleasant as it sounds. They are swollen growths that appear on the trunk close to the soil. Even though you can’t see them, the galls also appear on the roots of the tree and intercept the moisture and nutrients before they make their way up the trunk.

When they first appear, the crown galls are soft and squishy. But with time they harden and turn dark. They’re often caused by bacteria that live in the soil and enter the tree through wounds and injuries.

Apple crown galls are more than just a sore sight on your otherwise beautiful tree. Although they look harmless, they can weaken the tree in the long term and open the door for more diseases and infections.

The bacteria that cause apple crown gall resides in the soil at all times. But it can only infect an apple tree through a wound or an injury. Some of those injuries are man-made while others happen as a result of cold temperatures that crack up the bark or hail that damages the tree. In either case, you need to protect the tree against injuries.

One way to protect the tree against mowers and rakes is to wrap the trunk with chicken wire. That also has the advantage of keeping rodents away from the tree.

If the young apple tree hasn’t established yet when the galls appear, there’s little chance it will survive. Uproot the tree and burn.

Avoid planting apple trees in an area where galls appear on the nearby plants.

Like galls and cankers, apple chlorosis is another visual flaw in the perfect picture that’s your apple tree. It affects the leaves which lose their usual bright green shades and appear yellow and discolored. Although apple chlorosis is easy to spot the same cannot be said about diagnosing or finding the real causes of it.

That’s because many conditions come together to produce this symptom. While it can be easily traced back to pest infections, sometimes the real reason can be poor nutrients in the soil. In any case, the discoloring starts with the young leaves as soon as they emerge leaving only green veins. The edges of the leaves would become scorched as the leaf itself turns white or ashen.

Lack of iron in the soil can cause the condition as well as wet soil, mulch, and cold temperatures. If the disease spreads, it would interfere with the tree’s ability to photosynthesize sunlight.

The first thing to do is to check if the apple tree is infested with pests. Tiny insects suck the nutrients out of the leaves which gives them that withered and yellow appearance. With that out of the way, you can follow these steps to deal with apple chlorosis.