Vegan dishes can be just as comforting, cozy, and indulgent as the nearest bowl of creamy, cheese mac and cheese – with bacon. In fact, they’re not only just as delish, but they’re not packed with the same calories or bouts of cholesterol. These 15 vegan soul food recipes will have the family easily licking their plates clean come mealtime. Let’s have a peek at some of our favorite – and most scrumptious – finds. 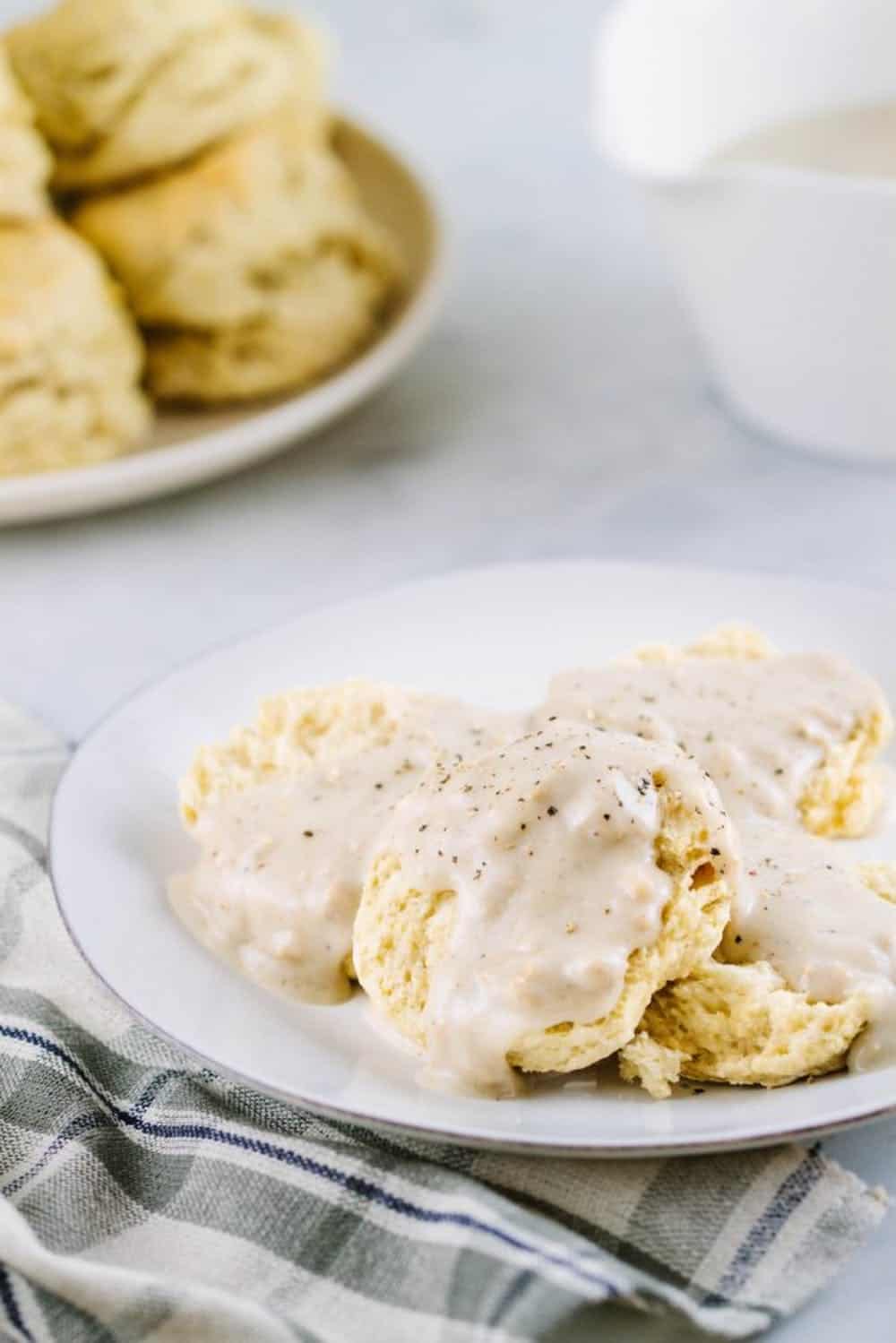 The Simple Veganista will show us how to whip up everyone’s favorite southern comfort but in a vegan fashion. Perfect for Sunday morning breakfast or when you feel like morning meals at dinnertime. It’s a bite that the entire family will enjoy. 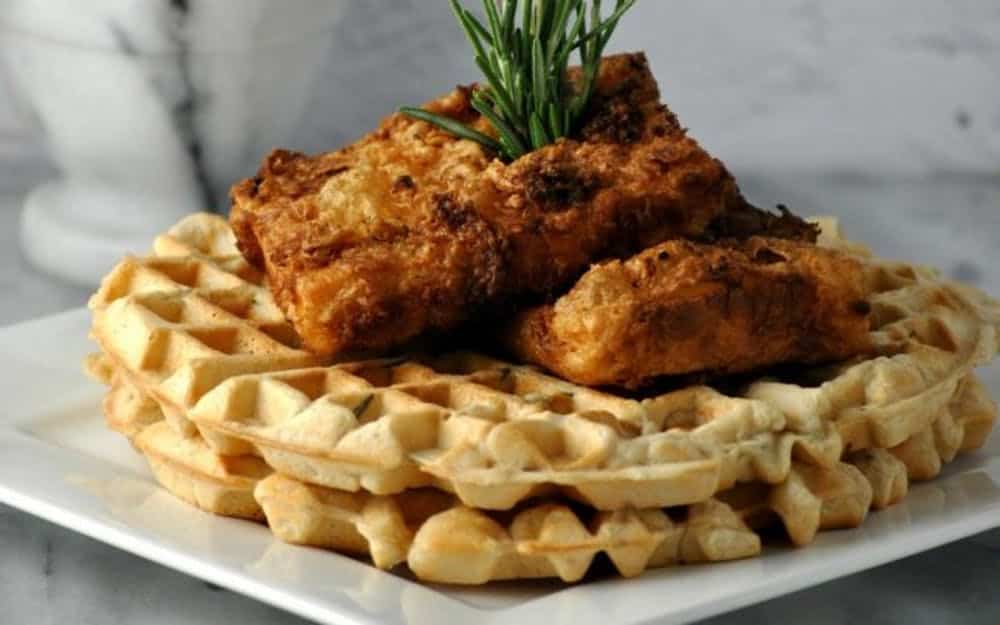 Even chicken and waffles can be serve up with vegan flair if you visit One Green Planet. It’s an indulgent treat that you can make for family or friends without feeling guilty or breaking your lifestyle choices. Serving it up with some vegan-style collard greens is a must! 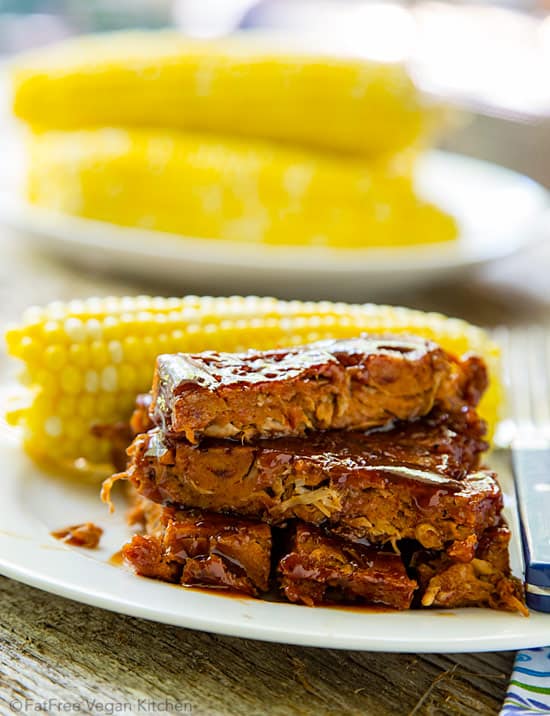 FatFree Vegan Kitchen will blow your minds with this meatless rib recipe. Indulge in your family’s backyard BBQ with a plate of these bad boys as the main course. Corn on the cob and a slide of vegan apple pie for dessert sounds quite nice, don’t you think? 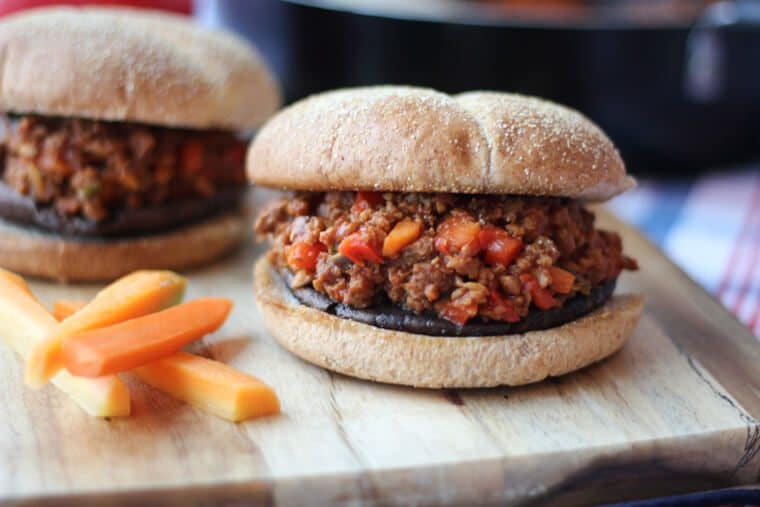 Yes, vegan sloppy Joe’s do exist and we have the best recipe for them. Hop on over to Abbey’s Kitchen and follow along with the recipe. They make great leftovers too, if you want some extra for lunches later in the week. 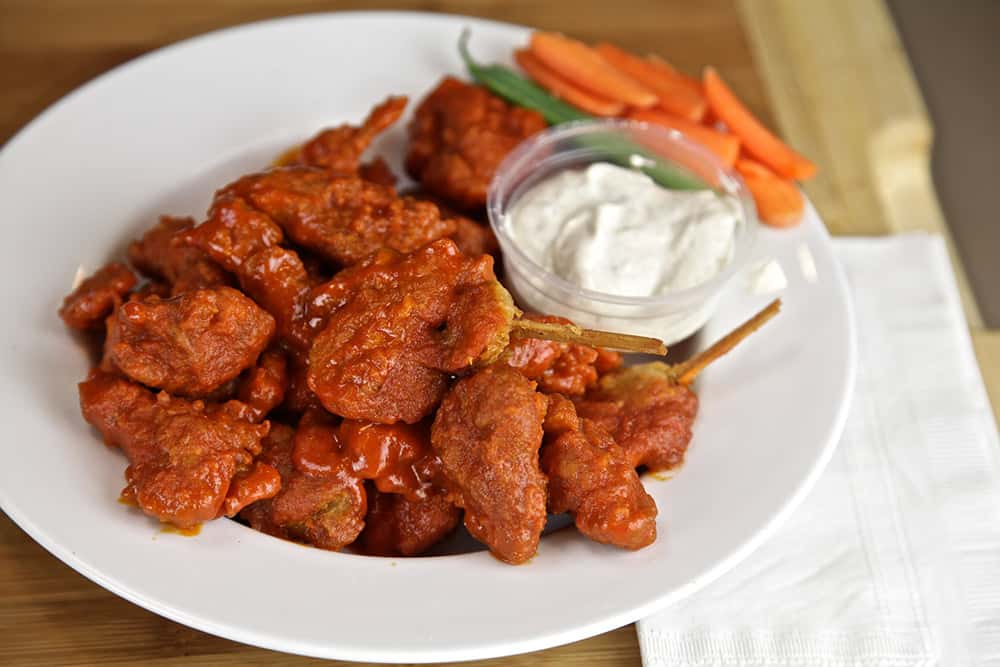 The Edgy Veg went the hot wings route and make both the meatless bites and the dip in vegan fashion. These are great for game nights or as an appetizer to a full vegan dinner with your gal pals. Hop on over now and check it out! 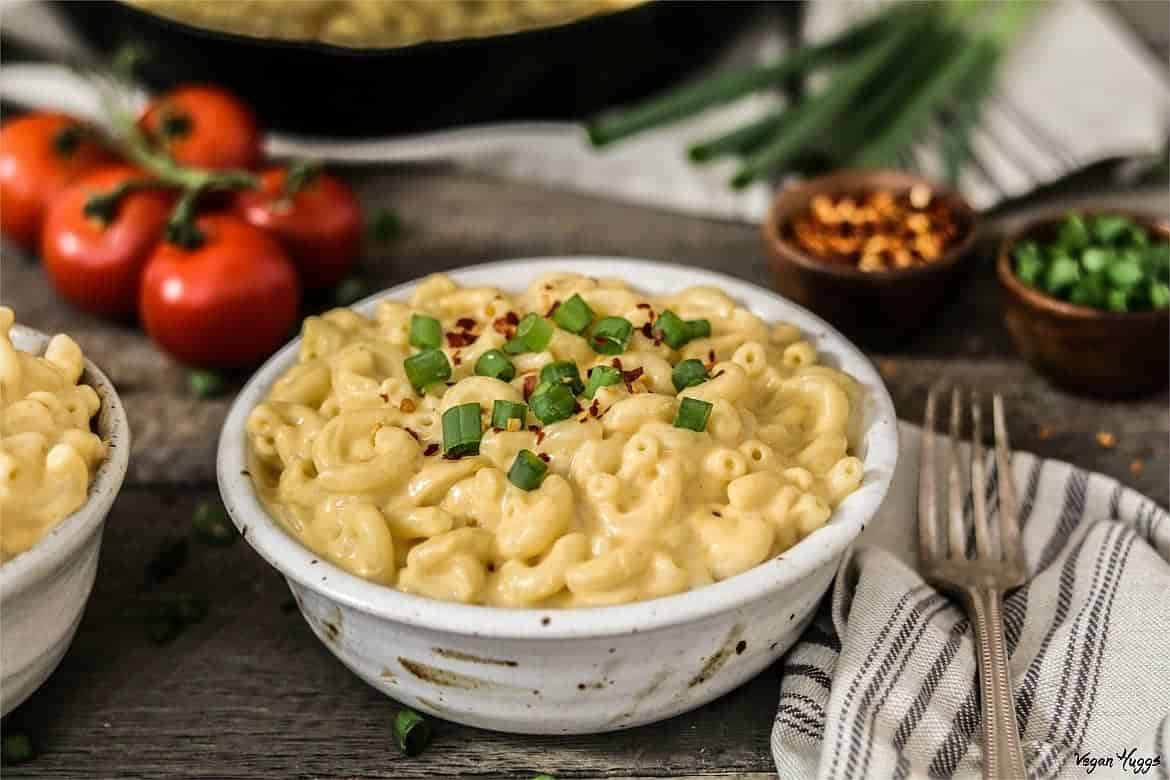 It’s hard to find a really good and creamy mac and cheese recipe that’s strictly vegan. But, thankfully, we’ve found one that works every single time. Visit Vegan Huggs for the details. 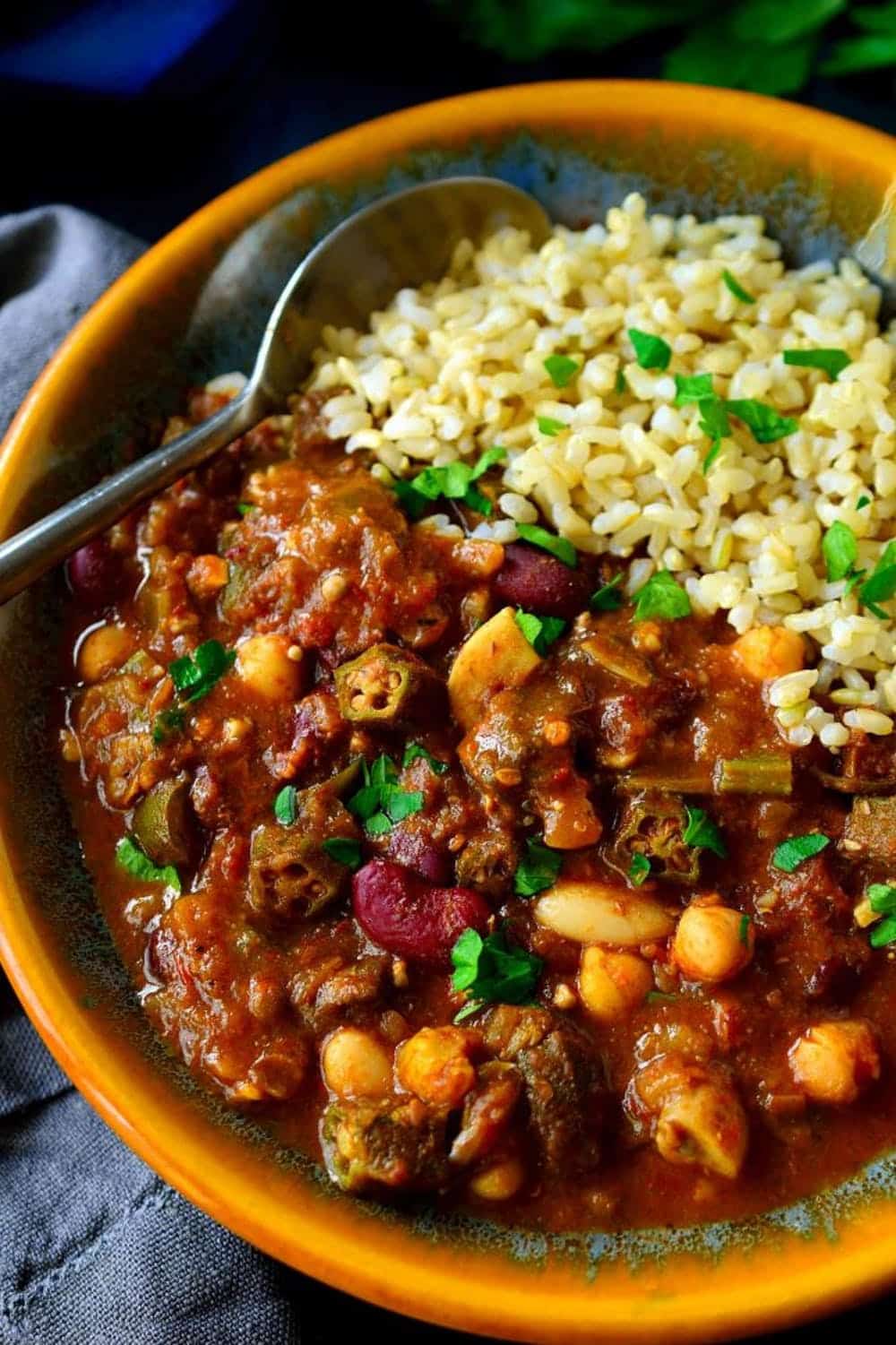 Gumbo is such a great family meal choice and this vegan-friendly recipe from Cilantro and Citronella is sheer perfection. It’s full of goodness and yummy flavors. The benefits behind a pot of this are the leftovers! 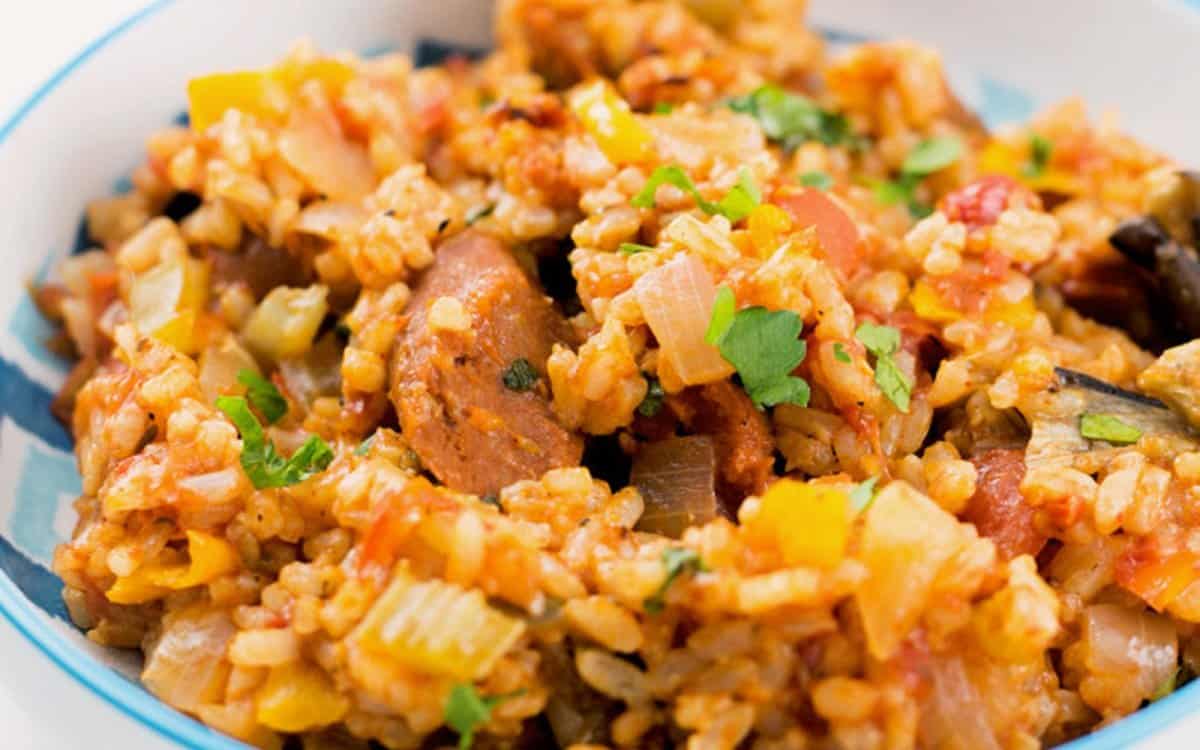 One Green Planet knows that jambalaya can be a really delicious family treat but it’s hard to get the full effect without all the meat. Well, have no fear, you’ll learn how to make it vegan-style by hopping on over and checking out the recipe. 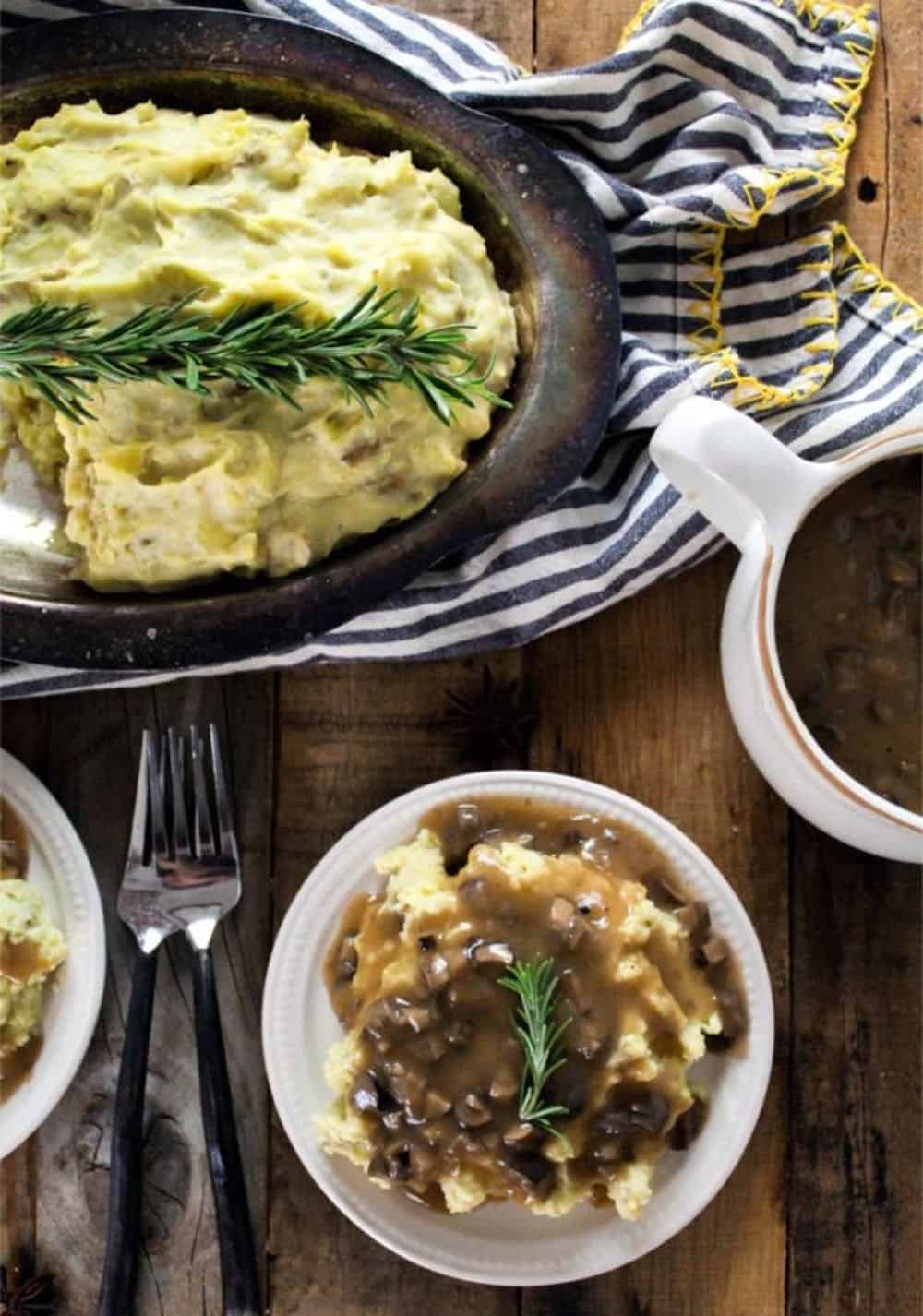 Vegan Huggs whipped up some mashed potatoes and some vegan-friendly gravy to top it all off. They use mushrooms as their main ingredient and if you can get the kiddos to try it, the flavor is off the charts. It’s the perfect accompaniment to any weeknight meal. 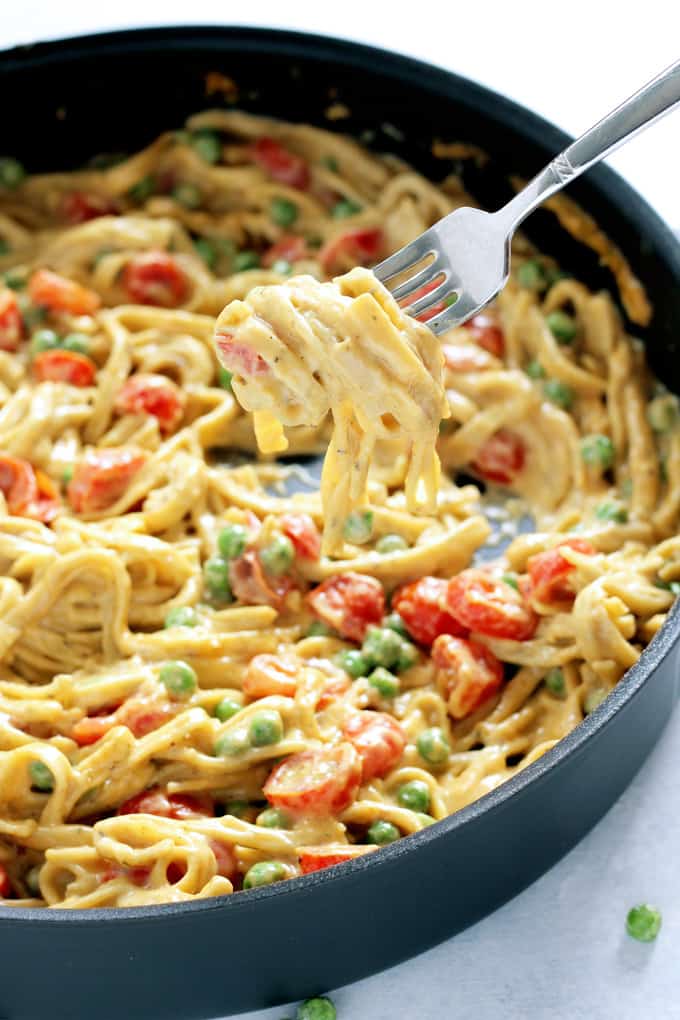 This vegan fettuccini alfredo – highlighted with yummy veggies, is a winner of a recipe. If you love a solid, creamy pasta dish as your comfort, then you’ll definitely want to check this dish out from Neurotic Mommy. 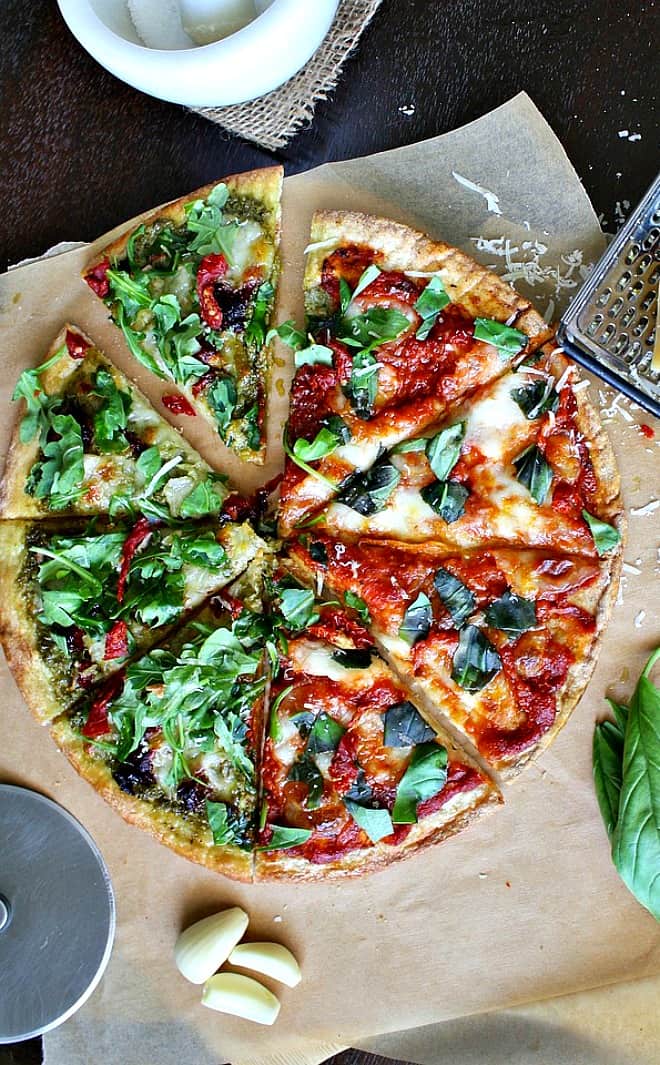 Pizza really is great for your soul and you can vegan-ize it with this recipe from Urban Naturale. Choose your toppings and personalize it to your liking, just know that where there’s a will, there’s a way to make it vegan! 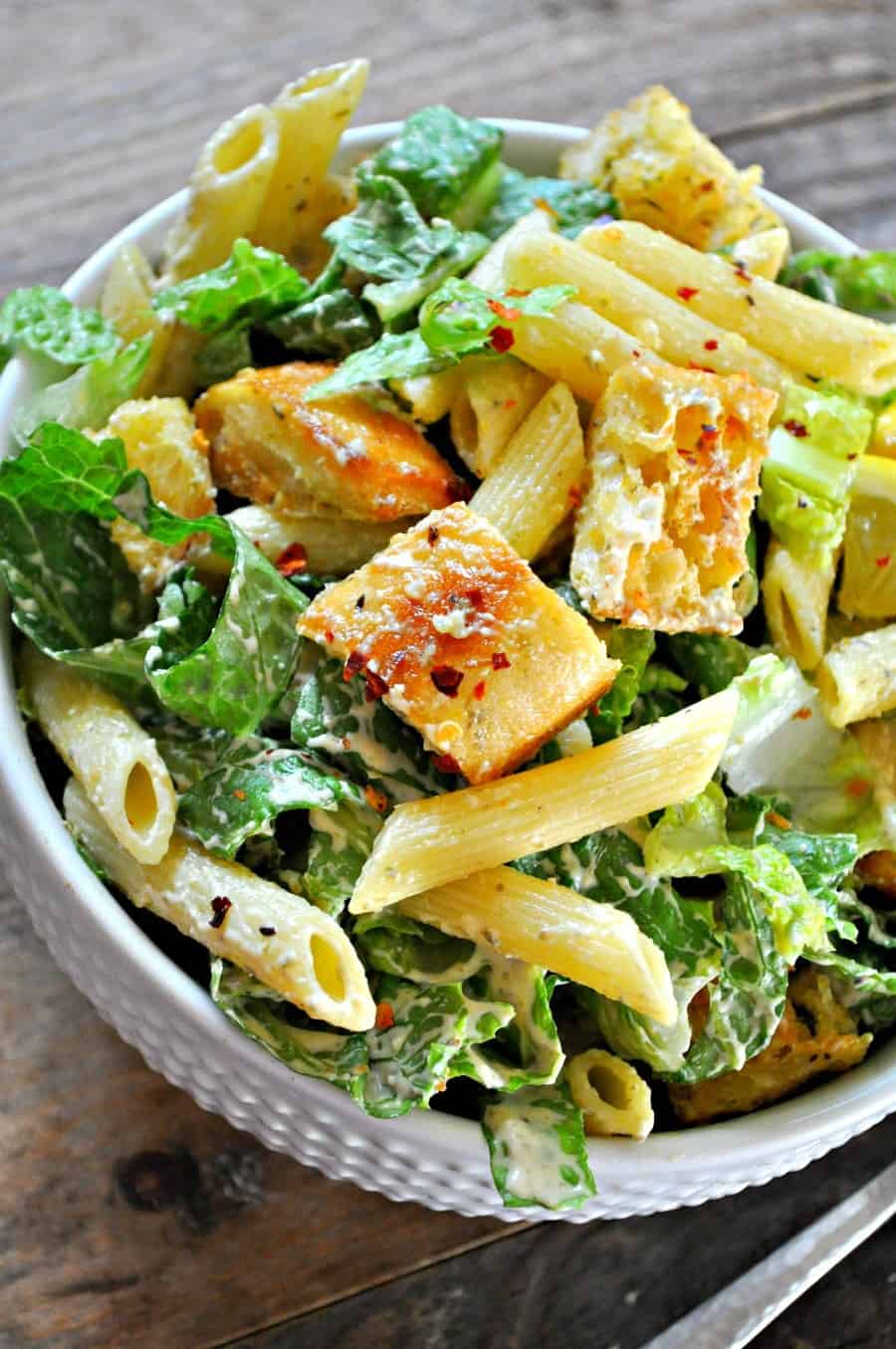 You’re going to love this delicious, indulgent salad. Check out all of the details over at Rabbit & Wolves. It’s the perfect pot luck dish or something to serve up at Sunday brunch. 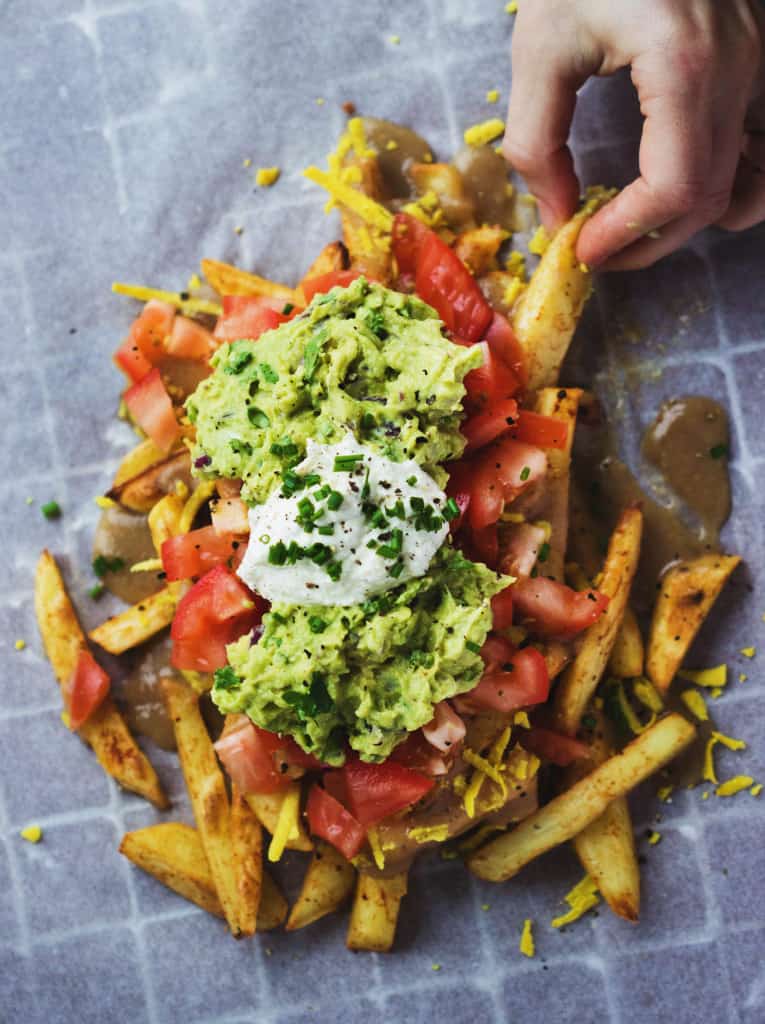 Poutine can be so much fun to make and personalize. And if you visit Shanyara Leonie, you’ll learn a new way to drench your handout fries is yummy deliciousness. This one will be fun to take on with the kiddos too. 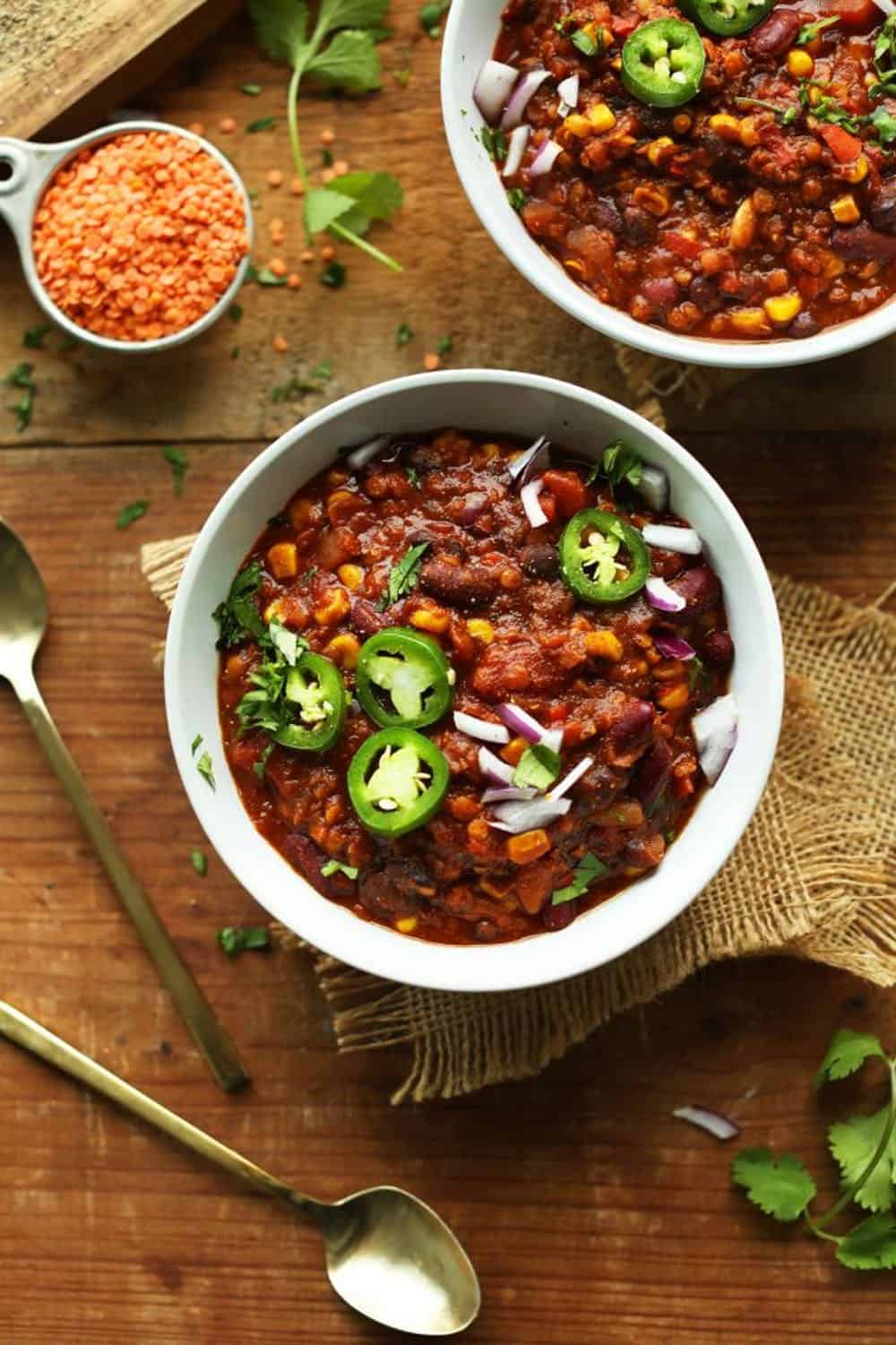 Chili is a comfort food and it’s a family favorite. Thankfully, there’s a lot of different ways to make a yummy pot of chili. And at Minimalist Baker, we chose a veggie version. 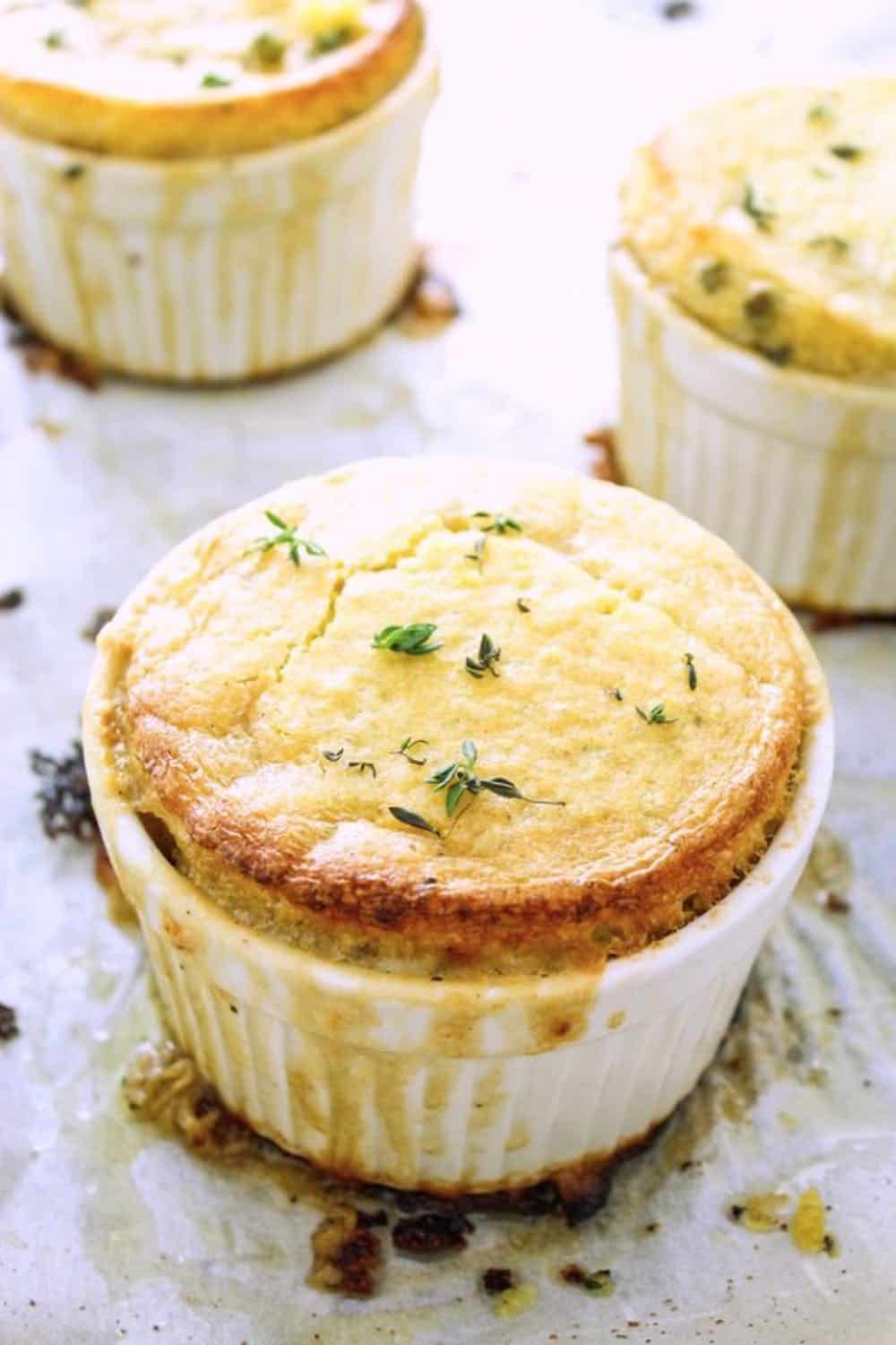 And finally, at The Kitchen you’ll learn how to create a vegan pot pie. Blow everyone’s minds at the dinner table with this delectable dish. Even the non-vegans will want a bite!