In our house, cooking and hosting a dinner for the whole family also means accommodating for quite a number of varying dietary restrictions. That’s why we usually choose to include an array or vegan dishes on our meal menu, since those tend to address all of the things our friends and family need in one kind of recipe! We’ve already long had our eyes peeled for great vegan Christmas dish ideas this year because we want to make sure we pick delicious things that our loved ones will really enjoy eating.

Are you feeling just as intent as we were, if not more, on the idea of making a few delicious vegan dishes for your family Christmas dinner this year? Check out these 15 fantastic tutorials, flavour combinations, and recipes that we’ve come across so far in this year’s search for inspiration and guidance! 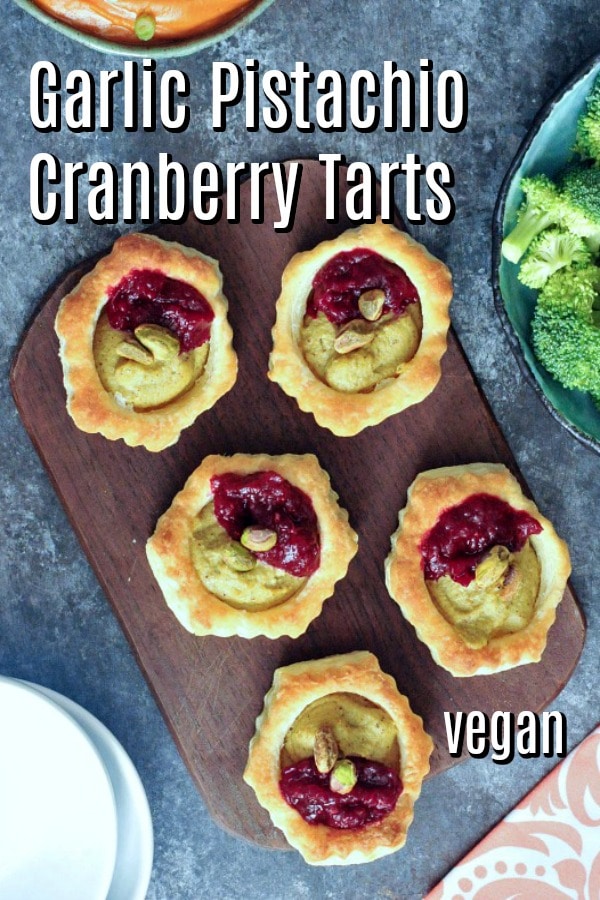 Are you the kind of person who loves experimenting with ingredients that don’t necessarily sound like they’d actually go together at first because you find that’s how you often discover some of the very best flavours? In that case, we’d definitely suggest taking a look at how Spabettie made these absolutely mouthwatering garlic pistachio cranberry tarts that are perfect for serving as an appetizer. 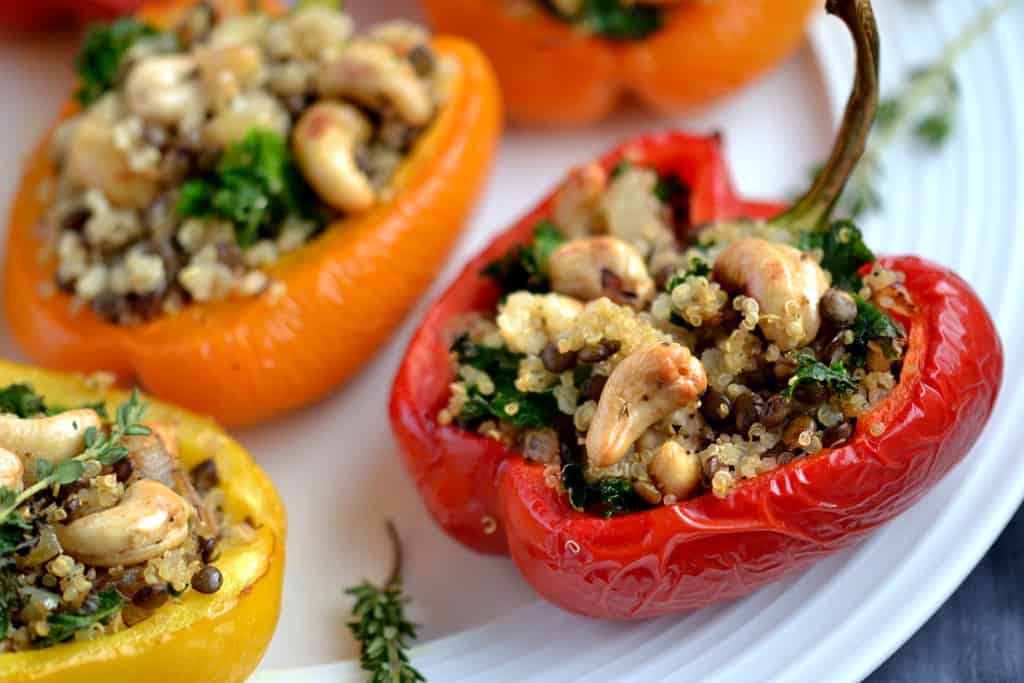 Of course, a lot of standard vegetable dishes are vegan when they’re prepared and served quite plain, but you want to make sure your vegan friends and family members are satisfied at the end of the meal too, right? That’s why we loved how hearty and delicious this stuffed pepper recipe from Coconut and Berries sounded! They show you how to fill halved bell peppers with lentils, cashews, and quinoa. 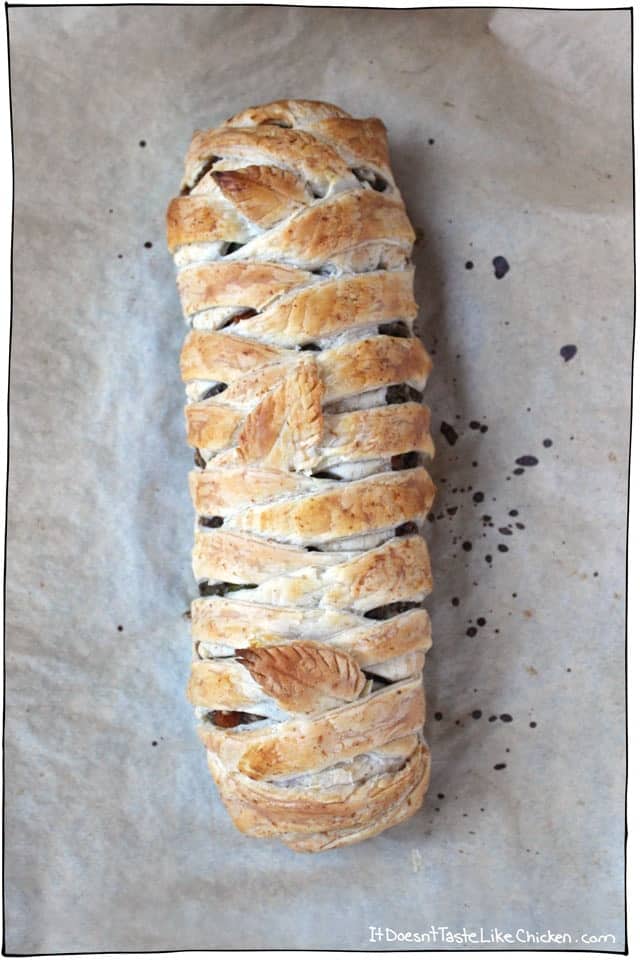 Are you feeling rather intrigued indeed by this idea of recipes that are stuffed with vegan mixtures but you’re the kind of person who adores a bread or puffed pastry based recipe over something a little more calorie wise and vegetable heavy any time, even when you’re cooking vegan? Then we think you simply must take a look at the way It Doesn’t Taste Like Chicken made this fantastic and fragrant vegan puffed pastry wrapped lentil loaf in surprisingly few simple steps! 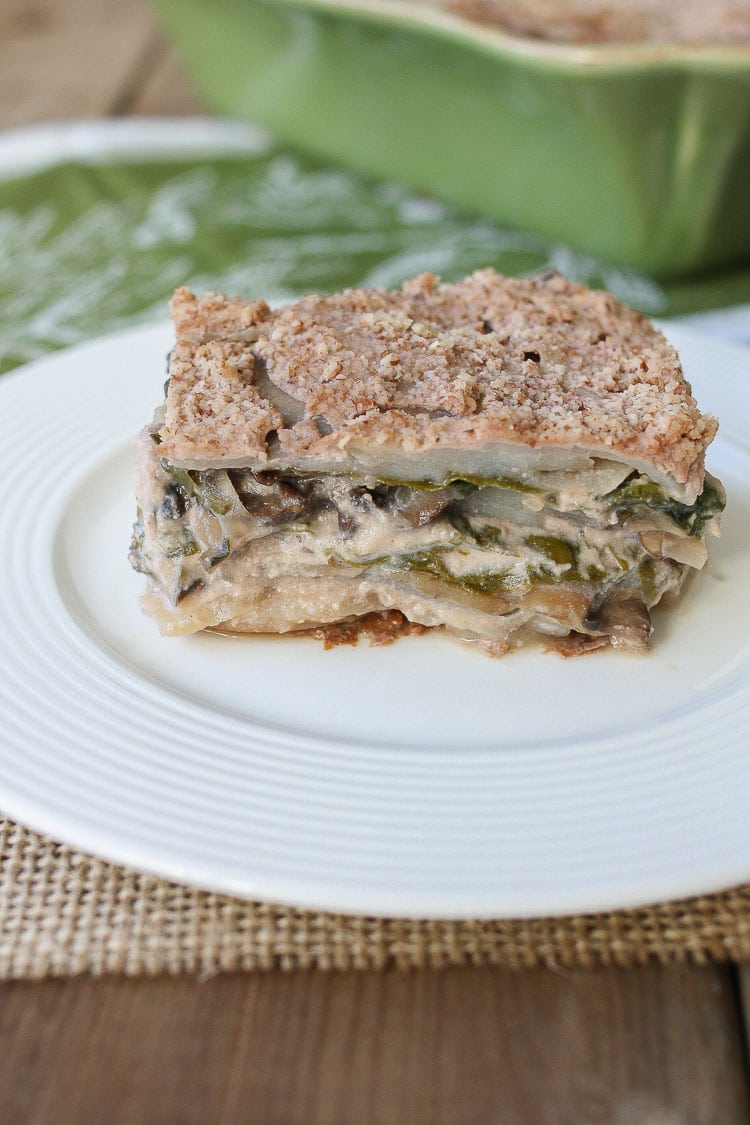 Did you know that just because you’re trying to skip the animal products in these recipes doesn’t mean you can’t still make something that’s deliciously creamy? Well, if you didn’t, then it’s time to thank Veggies Don’t Bite for swooping in to save the day with their irresistible creamy potato veggie casserole, which is the perfect example of what we mean. 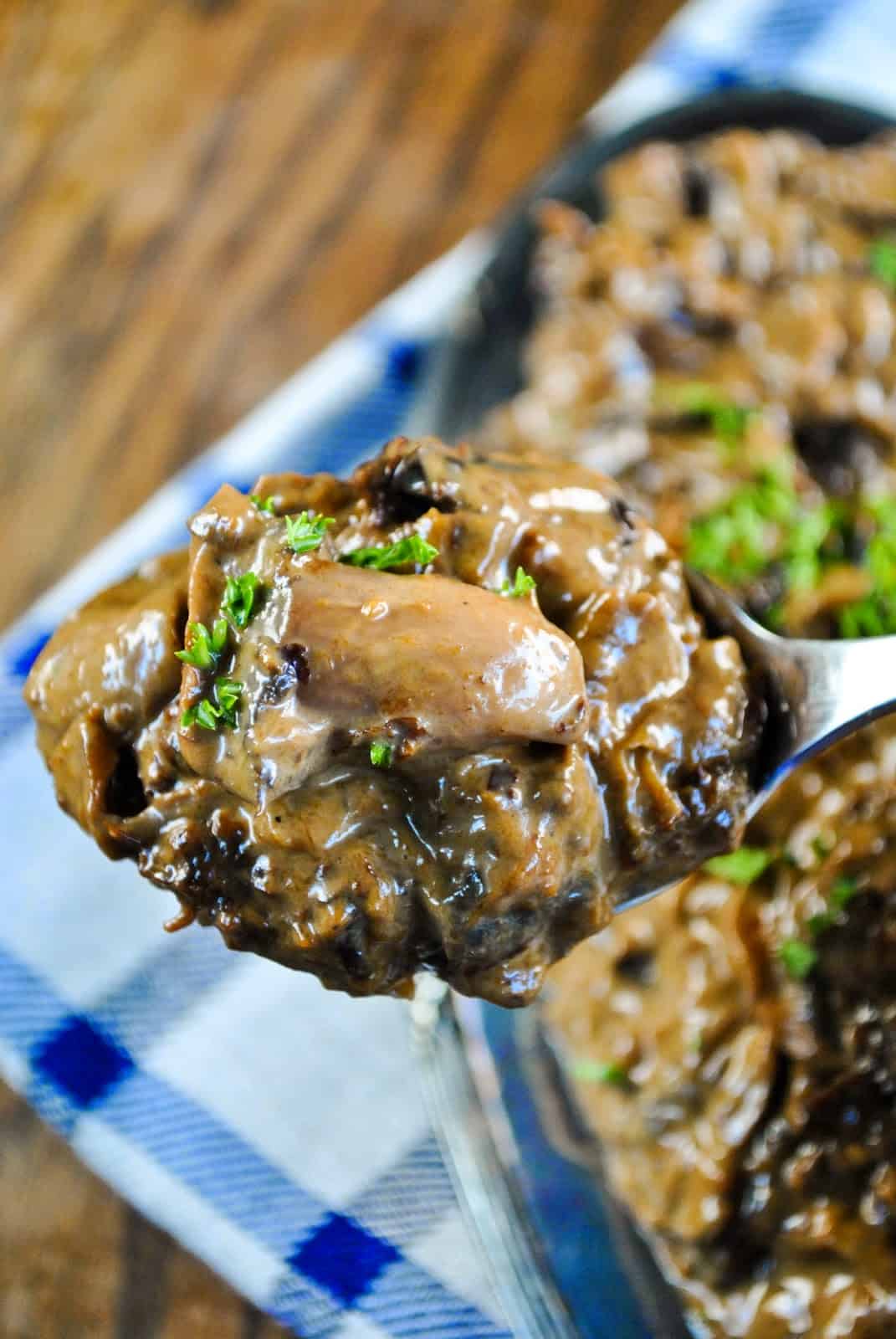 If you’ve never tried chunky gravy before then we’re sorry to tell you that you’re missing out on something absolutely delicious whether it’s vegan or not! We’d suggest remedying that situation by giving this fragrant and absolutely mouthwatering chunky mushroom and plum gravy outlined step by step on Sandra Vungi, Vegan. 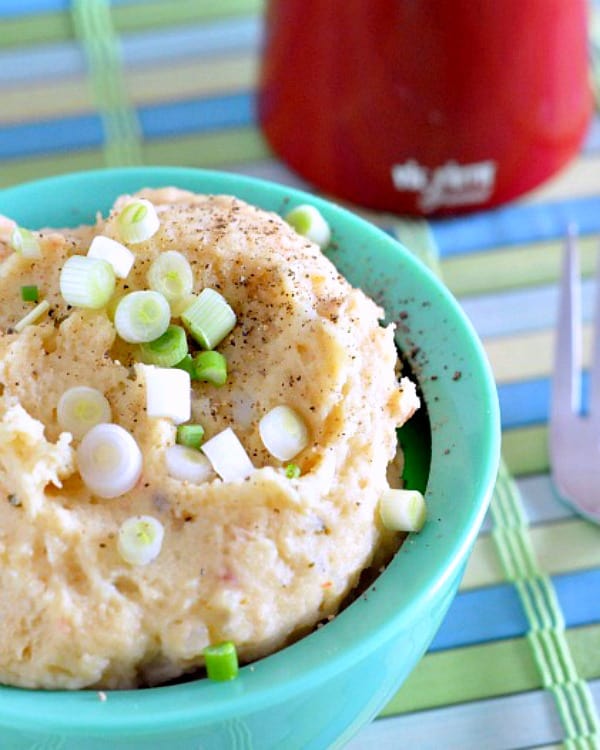 If you’re going to make a vegan element part of your Christmas dinner, would you actually prefer to just make vegan versions of some of the classics so that everyone gets what they’re expecting and the same experience together? In that case, we think you’ll really appreciate the way Spabettie guides you through the steps for making these perfectly textured vegan mashed potatoes that taste just as good as any other kind! 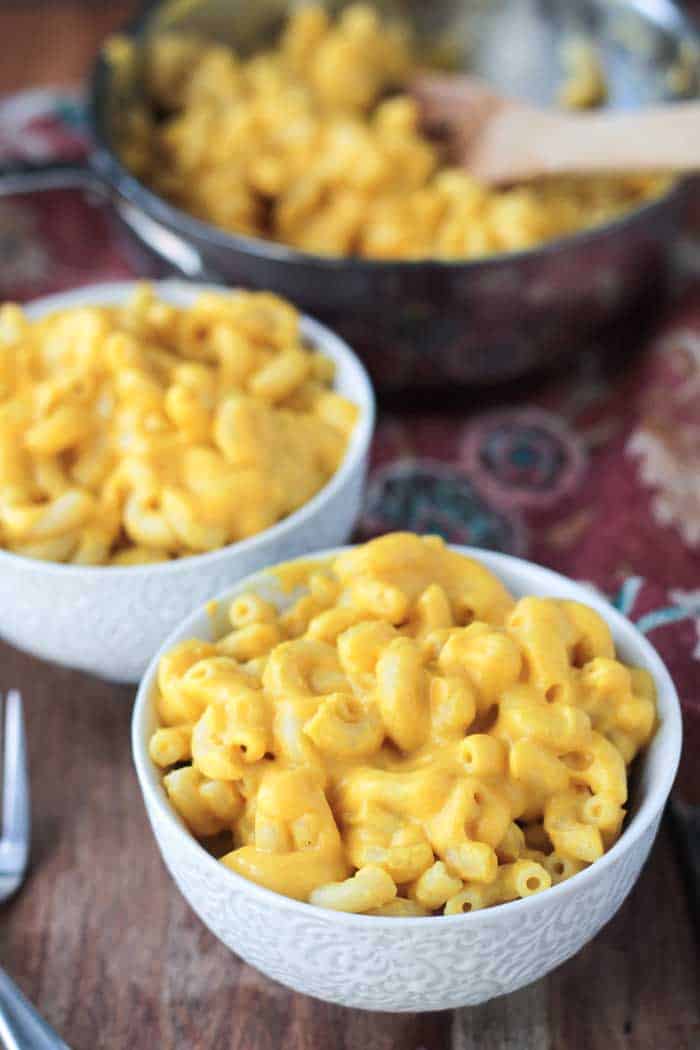 Did you know that you can actually make a delicious mac and cheese that doesn’t really involve any cheese at all? It’s even a little bit healthier too, which is a total bonus! We make this butternut squash mac and cheese recipe that Veggie Inspired teaches you in full all the time even though we don’t regularly eat vegan; that’s just how delicious it tastes! 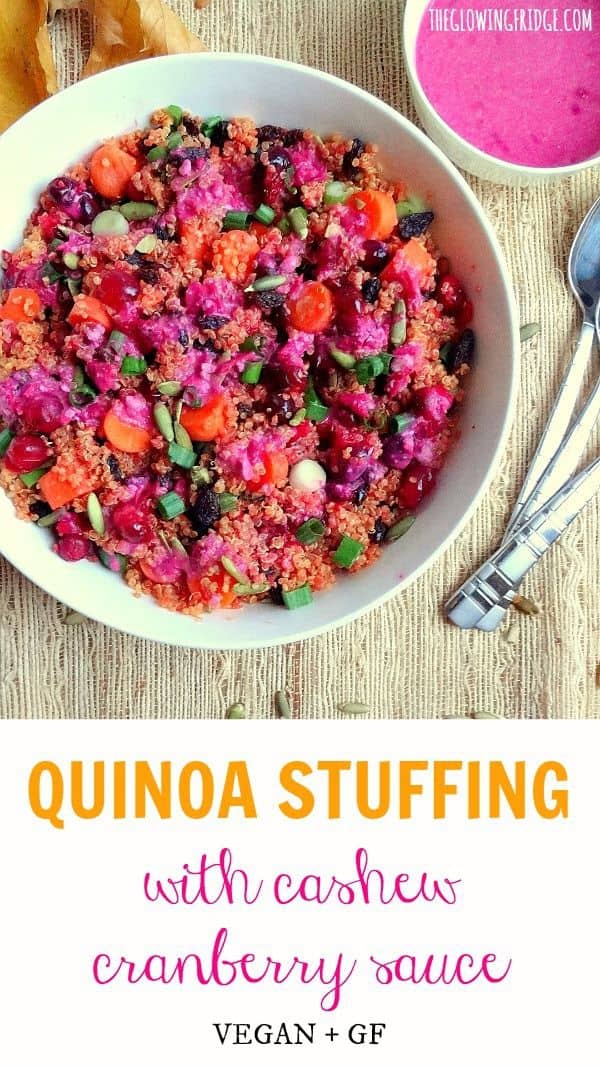 If you’re going to make some vegan dishes to go along with your Christmas meal, would you actually much rather just go all out and make something attention grabbing that you think will make everyone at the table ask questions and feel tempted to try it? In that case, we’d absolutely suggest taking a look at how The Glowing Fridge teaches you to make this uniquely coloured gluten free, vegan quinoa stuffing with cashew cranberry sauce! 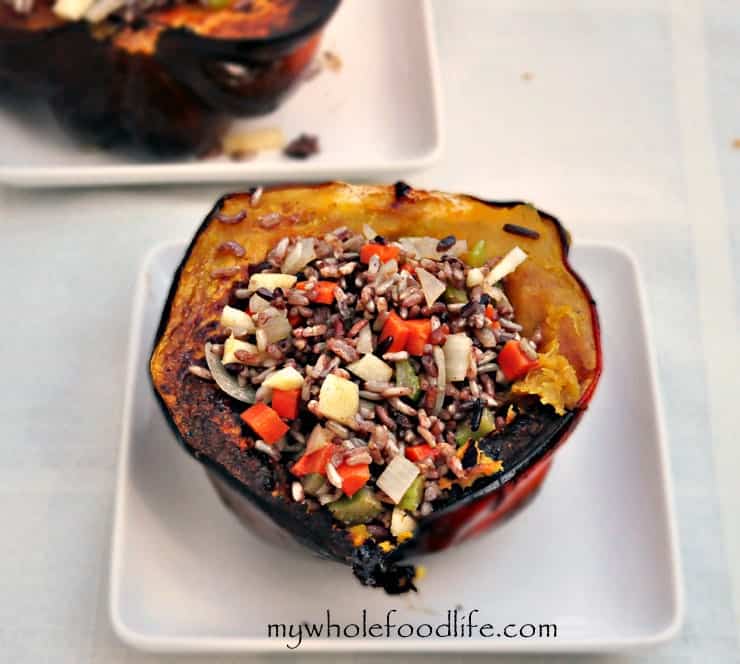 Did we actually really catch your attention with the stuffed veggies idea because you think that basic concept sounds really delicious but you’re just not sure your family likes bell peppers enough for that particular option to be the right choice? Then here’s another idea for your consideration! Check out how My Whole Food Life made this surprisingly simple stuffed acorn squash with wild rice and apples! 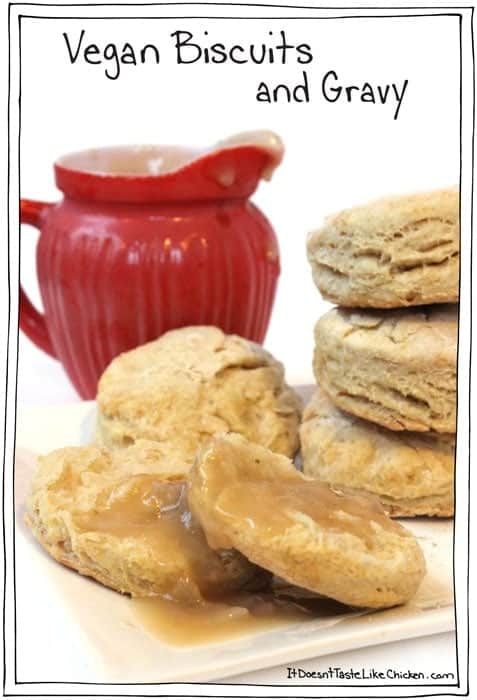 Just in case you’re still on the lookout for vegan versions of awesome Christmas dinner classics that will make everyone feel right at home, here’s one that will especially appeal to anyone with family ties to a good old Southern home cooked meal. Take a better look at It Doesn’t Take Like Chicken to see how these vegan biscuits and gravy were made! 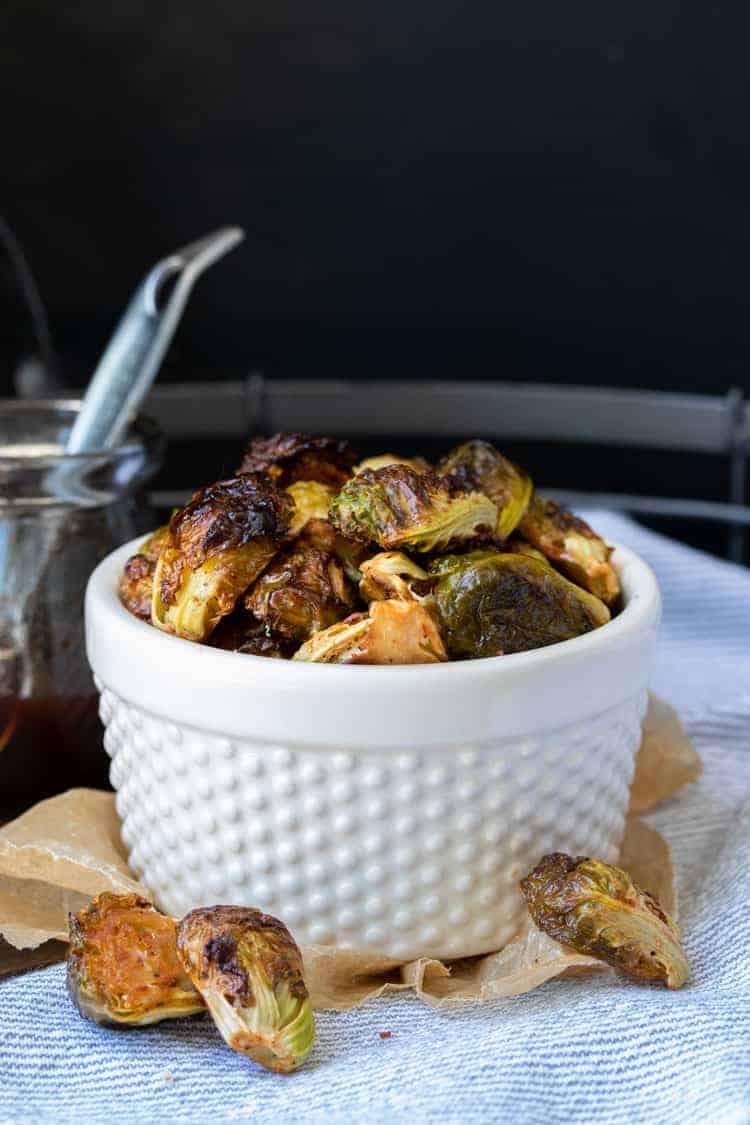 Now, we know that the idea of eating brussel sprouts doesn’t appeal to everyone. They’re actually not even our favourite think in the world, but every once in a while we come across a recipe that sounds so good we simply have to try it anyways. That’s what this dish from Veggies Don’t Bite was like! We’ve actually made these vegan spicy maple roasted brussel sprouts before and we’re pleased to report that we adored them, despite what we might feel about sprouts we’ve tried before. 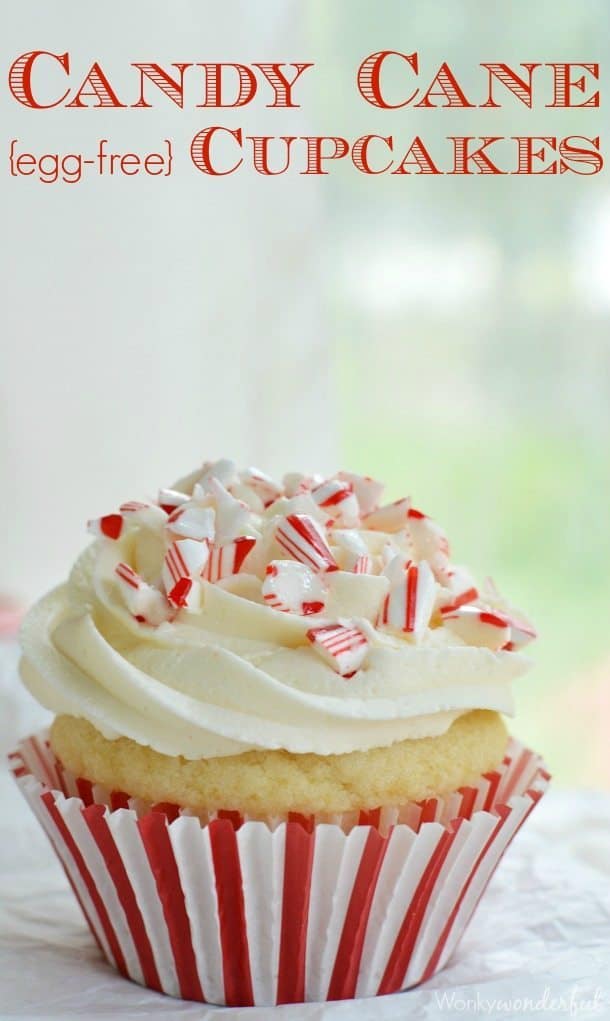 Of course, if you’re going to make your vegan loved ones really feel like part of the experience during Christmas dinner, then you’ll need to make sure they can enjoy dessert too, right? We recently gave these scrumptious eggless candy cane cupcakes with vegan icing a try and they were wonderfully refreshing and sweet. See how they’re made in more detail on Wonky Wonderful!

When it comes to Christmas time sweets, have you actually always been the kind of person who likes things a little more spiced and a little less sugary than some people? In that case, we have a feeling you might get along a little better indeed with these tasty and adorable little bundt cakes outlined step by clear, simple step on The Pretty Bee! They are, of course, completely vegan. 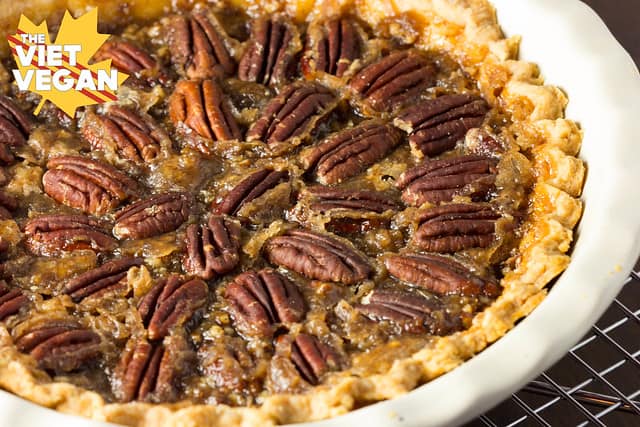 Just in case your desire to simply make vegan versions of the classic Christmas dinner recipes you love extends on to the desserts as well, here’s a wonderful tutorial that will help you make sure that everyone gets to enjoy a fantastically gooey piece of pecan pie! Check out The Viet Vegan to learn how they made their completely vegan version of the traditional family dinner dessert. 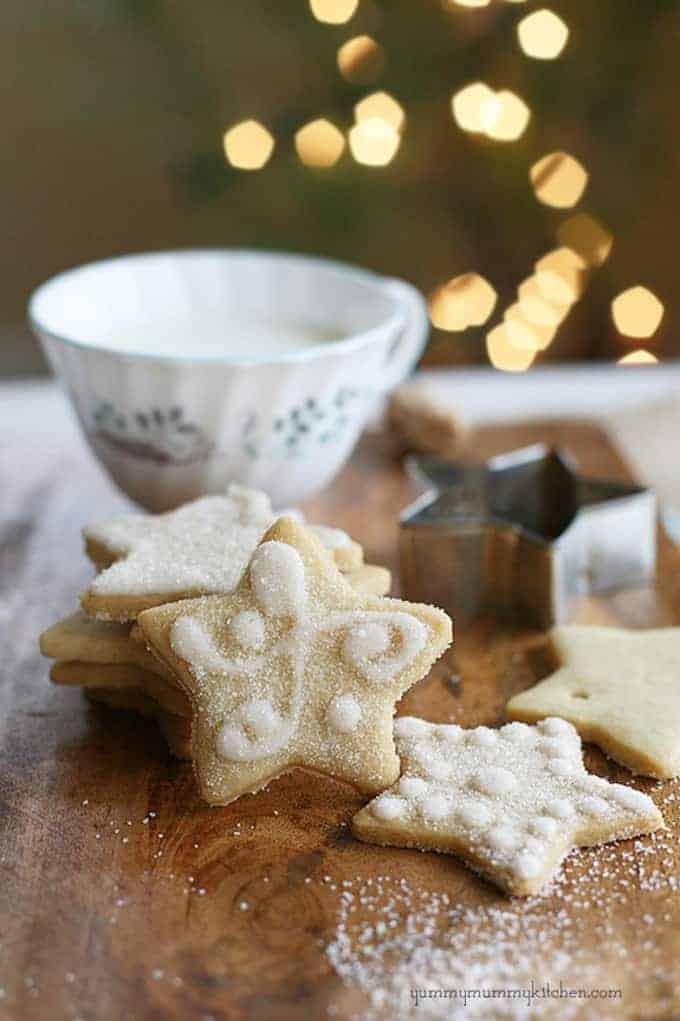 If you ask us, making sugar cookies around Christmas time is one of the very best parts of the season because it’s something super fun to do and it results in something absolutely lovely to eat! Like a few other things on this list, we’ve tried these vegan Christmas sugar cookies from Yummy Mummy Kitchen several times now and they’re always a hit.

Have you made other kinds of fantastic vegan Christmas recipes before that were a huge hit at your dinner but that you don’t see here on our list? Tell us all about what you made in the comments section or link us to the recipe so we can try it out as well!