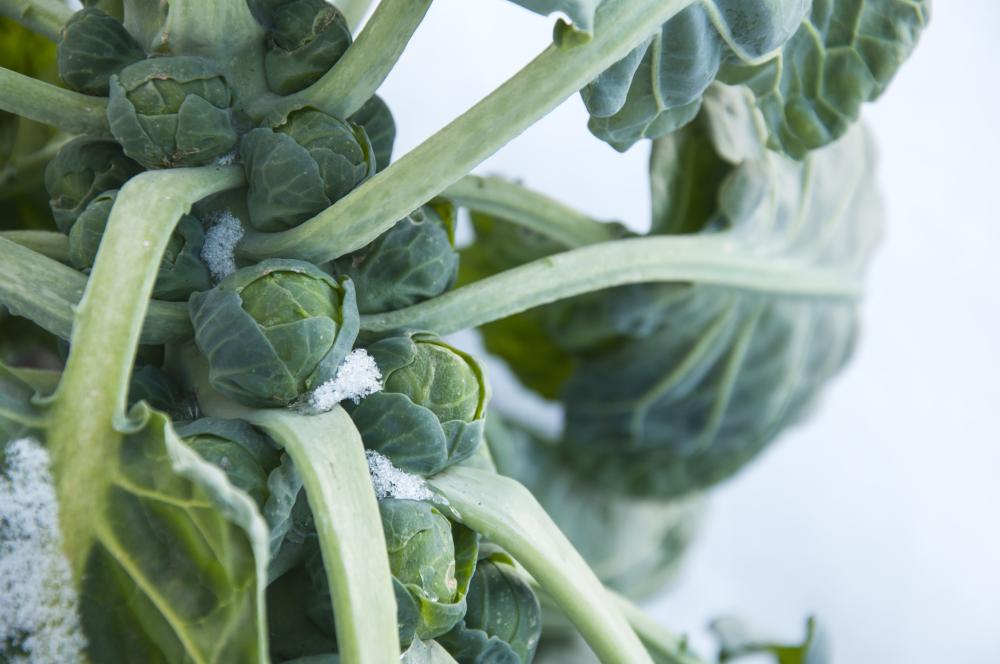 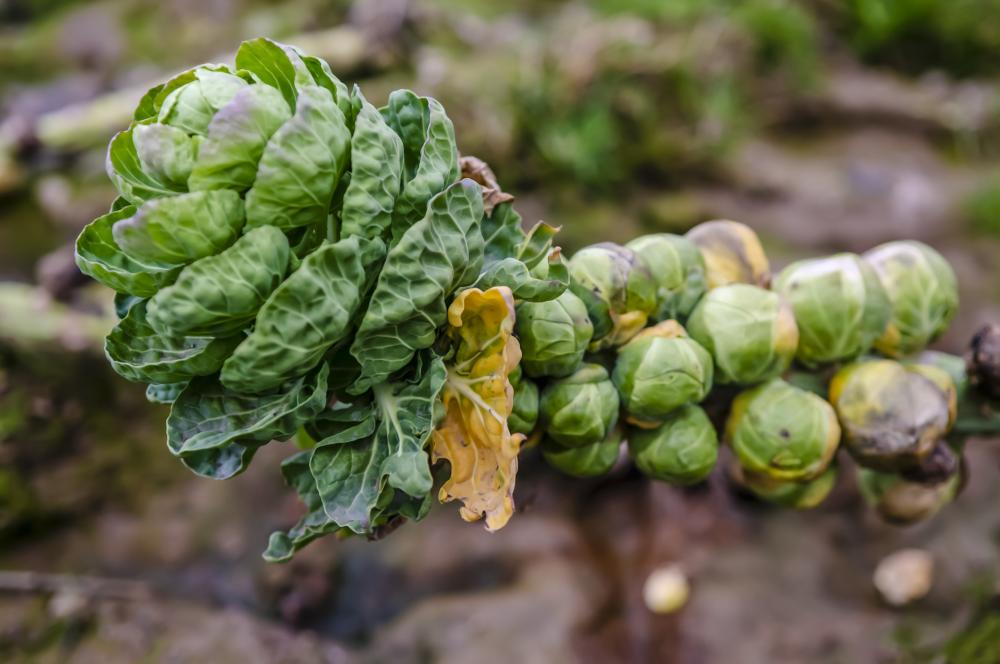 Although not as popular or widespread as their first cousin, the cabbage, Brussel sprouts have managed to make a name for themselves. To say that Brussels became known because of this veggie is not hyperbole. Long before it was designated as a UNESCO World Heritage Site, Brussels shot to fame as the home for Brussels sprouts. 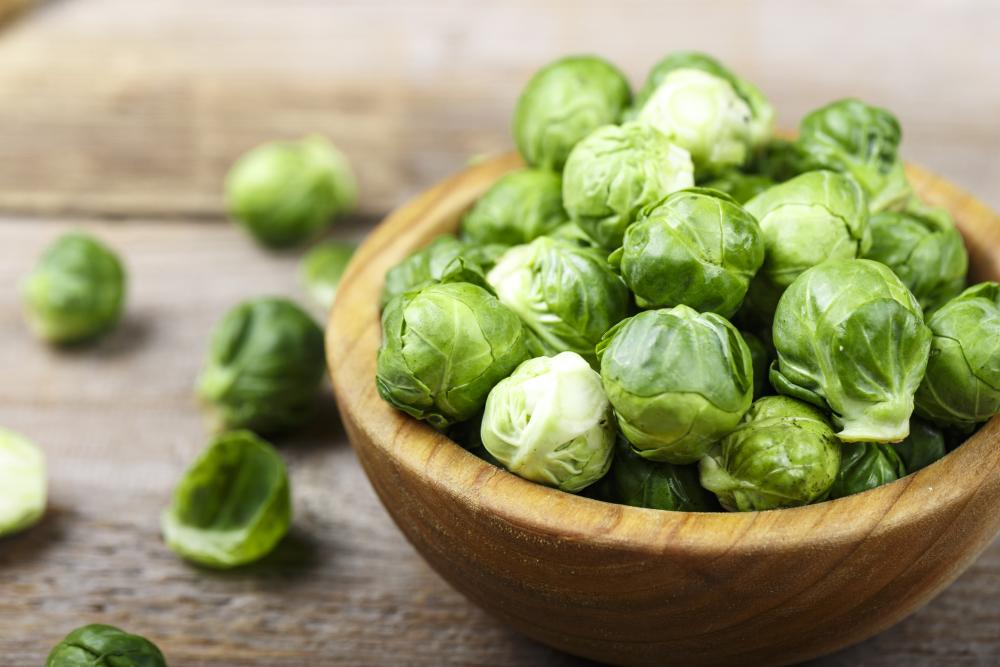 As many cultivars, growing Brussels sprouts can be an unpredictable endeavor. Sometimes the veggie will go to seed quickly before it has a chance to develop a nice head. And although it’s a cool-season veggie, growing it in the winter is not easy either. But for the sake of the delicious and succulent veggie, all these growing problems are well worth tackling.

Here’s a list of some of the common Brussels sprouts growing problems and how to solve them.

Bolting is one of those unfortunate events in the life cycle of a vegetable. It usually means that the succulent veggie is no longer edible, and the sweet and tender plant is now bitter, sinewy, and unsuitable for any recipe. Brussels sprouts can bolt for many reasons. But the main reason is increased air temperature following a cold spell.

To understand how temperature fluctuations can send the Brussels sprouts into bolting, it’s important to know the life cycle of this cultivar. The life span of the veggie extends over a period of two years. The first year, focuses on developing the root system and leaves which form the head. The second year is for flowering and developing seeds. After surviving the winter months in the first year, the plant emerges from dormancy in the spring with flowers.

If the veggie goes through a cold spell in the first year that is followed by warm weather, it assumes that the winter is over and now it’s time to flower. That’s when bolting happens, even when the plant is still young.

Usually, it’s the weather that’s the decisive factor in triggering the Brussels sprouts to bolt. So if that happens to you the first time you plant the veggie, you need to adjust your planting time to avoid putting the plant through cold spells followed by warm temperatures. It depends on the type of winter you have.

If the cold temperature of the winter means anything to the Brussels sprouts, it’s that come spring, it should start focusing on flowering and developing seeds. And even for a cool-season plant like this veggie that was cultivated in the cold regions of Europe, cold winters can prove to be too much for the biennial plant.

But since you’re not interested in their flowers or seeds, the heads of the veggies are the most important part. And you’d usually want to harvest the heads before the plant goes through the winter. So besides adjusting your planting time to prevent bolting, you also need to protect the vegetable from changing weather conditions that replicate winter and spring conditions.

Brussels sprouts have many varieties that resist bolting and tolerate cold winters. Varieties such as Red Rubine, Widgeon, Fortress, and Stablolite are more suitable for late fall planting. They can survive the drop in temperatures and will be ready to harvest in mid- or late-winters.

But if the temperature drops below freezing levels and the soil could kill the plant, you need to overwinter the veggie. Dig out the plant by the roots and keep a clump of soil around the roots. Place the roots in a bucket full of sand and keep it moist. Keep the bucket in a dry place sheltered from the wind and freezing temperatures outside.

But if the winter is mild or warm, all you need to protect the veggie during the winter months is rake the bed and cover it with a thick layer of mulch.

As every gardener knows, not all plants get along together. Some plants develop a symbiotic relationship, while others can benefit each other indirectly. Thyme, mint, and marigold, for example, can deter bugs and pests from making their way to the vegetable bed and damaging the crop.

But some plants simply cannot grow near each other. They either compete fiercely over the resources or ruin the flavor and taste of the more delicate veggies. So when growing Brussels sprouts, you need to think of which plants can help the veggie and which ones can damage it.

Since this cultivar is a magnet for many pests, you need to think of natural deterrents that keep the bugs at bay. Aphids, caterpillars, thrips, cutworms, beet armyworms, and cabbage loopers are just some of the pests that feast on the succulent leaves and stems of the vegetable. So how do you hold off this pest onslaught without resorting to pesticides?

Two factors should guide you when planning the best Brussels sprouts companion plants. The first is deterring pests that might also carry pathogens that cause different Brussels sprouts diseases. The other is to plant herbs and other veggies that enrich the flavors and taste of this veggie.

With that in mind, you can grow onion, carrots, lettuce, spinach, tomato, bush beans, radish, potato, celery, pea, beets. Beets and carrots, in particular, improve on the flavors and give the veggie a sweet taste. Onions, on the other hand, repel many insects with their strong scents.

In the meantime, not all plants get along well with our cultivar. The most notable plants that you should not grow along it are pole beans and strawberries.

The head of the Brussels sprouts is usually the most important part of the vegetable. It’s the collection of the leaves hugging each other closely and giving the veggie its distinct shape. But sometimes, those leaves start growing apart from each other. Instead of sticking together in a tightly-knit relationship, the leaves become loose, and the head becomes deformed. So what caused the vegetable to grow such an odd head?

The main culprit, in this case, is the weather. As with many of the Brussels sprouts growing problems we have covered so far, the temperature of the air and soil is usually such a crucial factor that it can make or break your crop.

This vegetable requires the weather to be mild to cool when the heads are developing for the leaves to take the right shape and wrap themselves around the head tightly. But if during that time, the weather suddenly changes and the temperature rises, the leaves become loose, and the head takes up an unusual shape.

Usually, there’s little you can do about the weather in your area. However, you can work your way around it to make your vegetable thrive. This requires that you change the starting time of the vegetable. The idea is to avoid growing the plant so that by the time it’s ready to develop the head, summer comes knocking.

To achieve that, you can start the seeds indoors before the last frost and transplant them to the garden when the soil temperature rises above 50 degrees F.

But if your spring melts into summer without warning, then you might start your vegetable in the late summer to avoid the ravaging effects of high temperatures.

Another option is to choose a variety that takes a short time to mature. This allows you to avoid keeping the plant in the garden for longer than needed and avoid the unexpected sudden rise of temperature that wreaks havoc with the vegetable head.

Fertilizing can also be another protection against loose leaves. Mix a generous portion of compost and aged manure into the soil before planting the vegetable. Side dress with nitrogen-high fertilizers to bolster the leaf growth and prevent heads from going haywire when the sun becomes too hot.

Pruning isn’t the type of care task that you associate with growing vegetables. However, Brussels sprouts can become unmanageable, and the leaves grow every which way, which can affect the quality of the crop and the taste of the leaves.

Not to mention that these sprawling leaves are not edible and waste a lot of resources. Instead of focusing on developing a shapely head, the plant has to keep nourishing the low-growing leaves, which serve no purpose. So how can you prune Brussels sprouts? And when is the right time to prune the leaves so that you don’t interfere with the plant’s growth and damage its ability to develop a good crop?

Brussels sprouts start developing leaves from the moment they sprout out of the soil. And they don’t stop growing leaves as long as they’re in the soil. But not all of these leaves are essential for the plant’s survival or useful for the crop. Moreover, they can diminish the quality of the crop as they waste plenty of precious resources.

So you can start pruning before the head has even developed. Remove the yellowing leaves near the base of the plant. This encourages more robust growth and allows the vegetable to focus on developing the head.

Once the first sprout emerges, start removing the lowest six to 8 leaves on the stem. These are leaves that contribute nothing to the development of the vegetable or the sprouts. By removing them, you’re encouraging more sprouts to emerge, which can double or even triple the harvest.

For the next few weeks, you’ll remove the lowest leaves on the stem. Every week, you can get rid of 2 to three leaves. This lightens the burden on the stem and allows the plant to channel its resources directly to the sprouts themselves.

About two to three weeks before harvest time, you should stop pruning the Brussels sprouts. By this time, the stems bear few loose leaves, and the sprouts are well-developed and healthy.

Can You Freeze Brussels Sprouts?