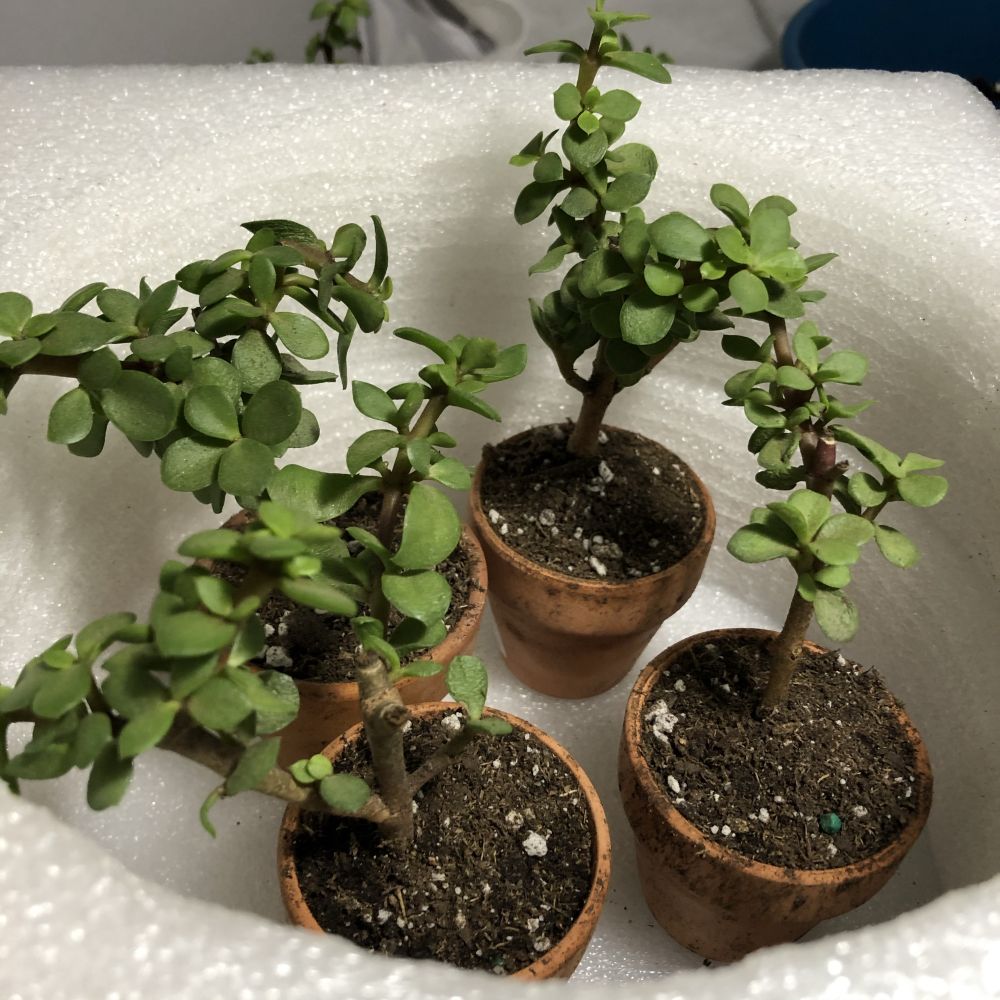 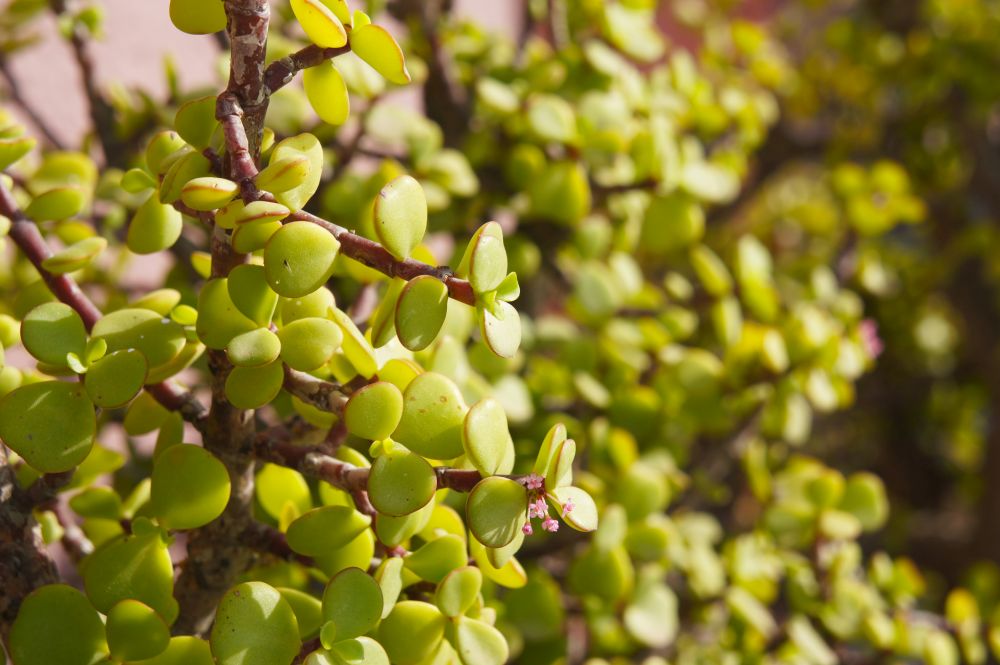 Succulents tend to carry mind-blowing attributes that most homeowners find easy to handle. The Elephant Bush, or otherwise known by its scientific name, Portulacaria afra, is one elevated shrub from the Didiereaceae family that you’ll for sure enjoy owning and caring for. Let’s have an up-close look at some of the handy tips to work with while growing and nurturing the Elephant Bush cactus.

The Elephant Bush Cactus at a Glance

While tracing this succulent back to its roots, we learned that it’s natively from the eastern region of South Africa, where it’s fond of semi-arid and rocky slopes. To be exact, the Elephant Bush Cactus is majorly from two regions— the northern side of the Eastern Cape, together with Limpopo Province.

So, if you’re looking to grow this cultivar in your home, the primal focus should ideally be digging a little deeper to find more about the growing and caring requirements which it’s accustomed to. If you walk into your nearest nursery or gardening store, you might also find the Elephant Bush labeled as:

Most types you’ll find in gardening stores are petite and variegated. The variegated type —Portulacaria afra ‘Variegata’— which you’ll highly likely come across in most nurseries is known as the Rainbow Bush. It does strikingly well under arid and rocky slopes, alongside other plants.

It’s a hardy plant with the potential to grow under USDA hardiness zones 9 through 11. What you might adore the most about this succulent are its reddish-brown stems that sprout upwards and have an in-depth capacity to reach between 8” to 15” feet tall, on average. But considering its slow-growing nature, high chances are it would only grow a few feet tall.

The elephant bush is mostly identified by its reddish-brown stems that hold dense green leaves that gleam throughout the seasons so long as you’re giving it the right growing requirements. It’s, however, hard for this succulent to bloom even during a growing season.

But if you take care of it optimally, the Elephant Bush can yield a few flowers in clusters that grow in different shades of white, purple, or pink. The flowers are usually star-shaped and can develop once the plant is significantly old, especially after a rainy season. Keep your plant dry to protect the young blooms from decaying.

Same as most other succulents, the elephant bush thrives under a warm environment and needs bright filtered light. It’s ideal for growing it near a window with curtain sheers or under a partial shade. Exposing this houseplant to the full sun will cause the leaves to get scorched.

You can move it outdoors where the sun is at full length, but extending the number of hours it stays out should be gradual until it’s fully accustomed to the sunrays. It’s worth noting that even if your elephant bush can mutate to the full sun, any intense heat could damage its vigor.

If you’re living in areas such as California, where temperatures can rise beyond 37 °C, a shade would come in handy to protect your elephant bush from sunburns. This succulent also can’t tolerate frosting conditions, so you’ll need to move the medium inside during winter.

While it can withstand temperatures under 25 degrees Fahrenheit, your elephant bush wouldn’t remain in good physical condition for too long. So, if you’re looking to grow it outdoors, using a container would be quite useful since it takes less effort to move your stunning Elephant succulent indoors.

The trailing elephant bush doesn’t have any concrete soil requirements. What matters the most while preparing the potting mix is using well-draining soil and a container with enough holes to let out any excess water. All cacti plants store moisture in their stems and trunks, which they feed on during a drought period.

Therefore, you need to consider the aeration needs by purchasing cactus potting soil, which is sold in most nurseries and gardening stores. Such a growing mix of cactus plants prevents excess moisture from causing damage to the roots and stems.

And while it’s cheaper to make your own soil structure, you need to have a fine print of all the right materials used to make a rich potting mix. Dead fibrous materials such as peat moss, for instance, decompose way quicker, balance the soil’s pH, hold excess moisture, and release it when needed. Peat moss should make at least one-third of the whole composition of the mix.

Mixing perlite with sand also helps accelerate the drainage rate. Always be careful not to leave the soil excessively moist since that would cause the cell walls to rupture. Before transplanting, prepare a new potting mix so the plant can get a revitalized supply of nutrients.

The elephant bush houseplant is strikingly drought tolerant, so you don’t need to keep the soil moist day-to-day for it to survive. It can do well with a normal watering schedule. Same as most other succulent houseplants, it prefers to be watered more often during summer when the temperatures are warmer, while the intervals need to be spaced out a little further when it’s winter.

To put it simply, that’s to suggest that your elephant bush plant’s watering needs will highly cling to the climatic conditions of the region where you live in. When the heatwave is intense during summer, I water my Elephant Bush every 7-9 days.

But when the temperatures are freezing, I tend to lessen the watering routine to about twice or thrice a month. If you’re growing it outdoors, you can depend on rainwater and cut back on the normal watering intervals. You need to take note that overwatering could ruin your plant’s aura and make the roots rot.

To keep this from happening, make sure to check whether the first few inches of the topsoil have dried out completely before watering your Trailing Elephant Bush next. One of the best seasons to fertilize this succulent is during spring, when the daytime temperatures are at least anywhere above 15°C.

Apart from a well-balanced fertilizer (15-15-15), you can opt to use organic material such as manure tea, soluble fish emulsion, and coconut coir. Don’t miss to use soluble fertilizer to protect the roots from getting burned. Water your Elephant Bush plant before fertilizing it.

Pour the diluted liquid fertilizer into the soil till it drains through the holes under the pot. It doesn’t matter which brand you want to use— you just need to make sure that the nitrogen, phosphorus, and potassium composition is in equal ratio. For succulents such as the Elephant Bush, using half the dose on the package to feed it will suffice.

How to Propagate the Elephant Bush Plant

You can propagate this hardy succulent quite easily using stem cuttings. Stem cuttings tend to be a faster route compared to seeds which take longer to develop into a mature plant, especially if they’re aged or not stored properly. To get started with the propagation exercise, you only need to follow these simple steps:

It’s typical for this houseplant to attract mealybugs and spider mites. Whiteflies, too, love to feed on the sap from succulents. A quick remedy for such kind of infestation would be wiping off the affected areas using cotton swabs dipped in an alcoholic solution.

Pests such as root aphids or scale insects, on the other hand, might be hard to spot with bare eyes, so watching out for early signs and could be such a rapid mitigating remedy. You might also see some common signs of overwatering, such as the yellowing of the leaves. If you underwater it, your cactus will feel mushy, and the leaves might begin to droop.

Spare some time to check the soil’s moisture levels to know when next your Elephant Bush will need to be watered. And even though this succulent is much known for its whimsy drought tolerance, it’s quite off-base to neglect your plant’s watering needs for longer periods.

Benefits & Uses of the Elephant Bush

There’s quite a handful of benefits that set the Elephant Bush strides apart from other succulents you’d find in most nurseries and gardening stores. It looks grand and admirable while sitting on a shaded patio or inside a hanging basket. You can also opt to use it as a landscaping miniature plant outdoors in your garden.

But quite frequently, most homeowners adopt the trailing elephant bush as a houseplant for its splendid decorative aesthetic and aptitude to grow wildly on a south or west-facing window. Apart from elephants, goats and tortoises also find this succulent edible. Natives from South Africa also use it to make stew and salads.

Elephant Bush Care: How To Grow And Care For The Portulacaria Afra

How to Grow & Care for the Cardon Cactus