Mycorrhizal fungi are the types of fungus you want growing around your plants. Far from competing for resources, mycorrhiza gives back to the roots more than it takes out of the soil. As a matter of fact, mycorrhiza is not just limited to soil and agriculture. These fungi have played a major role in reforestation and land restoration projects. 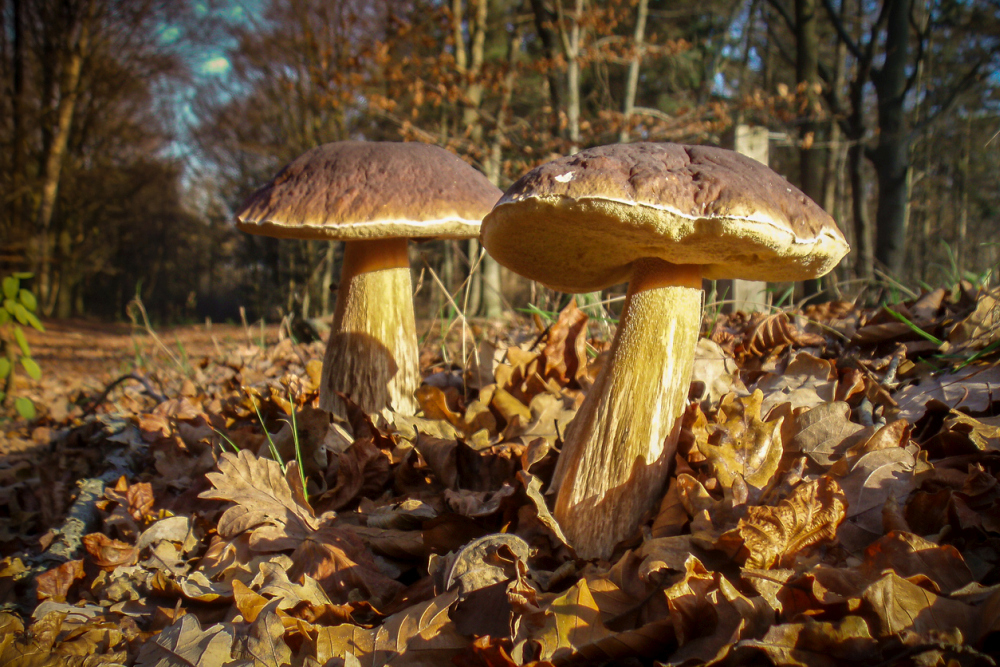 But what really matters here is how you can use mycorrhizal fungi to improve the quality of the soil in your garden and give your plants a better success chance. This article focuses on the benefits you can reap from having soil rich with the fungus, the types of fungus you can introduce into your garden, and how to make sure the fungi are thriving in various weather and soil conditions.

What are Mycorrhizal Fungi?

Unlike most other types of fungi that grow above ground and have a parasitic nature, mycorrhizal fungi keep a low profile and stay around the roots of the plants. That’s what gave them this name since they spread deep into the soil and show little parts if any above the surface.

As the filaments of the fungi entwine themselves around the root of the plants they act as extensions of these roots. And because they have more reach and penetration in the soil than the roots and can absorb nutrients and moisture more efficiently, they end up giving back to the roots most of that moisture and nutrition.

Moreover, these fungi tend to establish this symbiotic relationship with the majority of plants. In other words, by bringing them into your garden, you’ll notice a change in the health and productivity of your plants within a short time. Whether you’re growing veggies, fruits, flowers, or brushes and vines, mycorrhizal fungi take no exception to what type of plant roots they attach themselves to and start benefiting.

How does it Work?

Of course, the mycorrhizal fungi expect something in return for all of the good it does to the soil and the plants. That’s what a symbiotic nature is all about. Two different organisms sharing the same medium and benefiting each other. And to understand how mycorrhiza benefits from their host plants, we need to understand how they colonize these plants in the first place.

There are three ways the fungus establishes a relationship with the plant. Either through the roots, through the spores, or by way of vegetative hyphae. When you purchase mycorrhizal products to inject in the garden, you’ll want to get the types that establish themselves through the roots.

For the plants and the fungi to start bonding, the mycorrhiza needs to be in the soil and as close to the roots of the plants as possible. When the fungus senses the tip of the roots pushing through the soil, it moves in to colonize the roots and start their symbiotic relationship. So the plants have to be alive and within reach, for the fungi to detect them.

In the absence of live plants in the vicinity, the mycorrhiza goes dormant and waits in the soil. But experts recommend that you introduce the fungi to a garden teeming with vegetation rather than to a barren land. You can apply them with water or plant them in the soil when transplanting other plants. 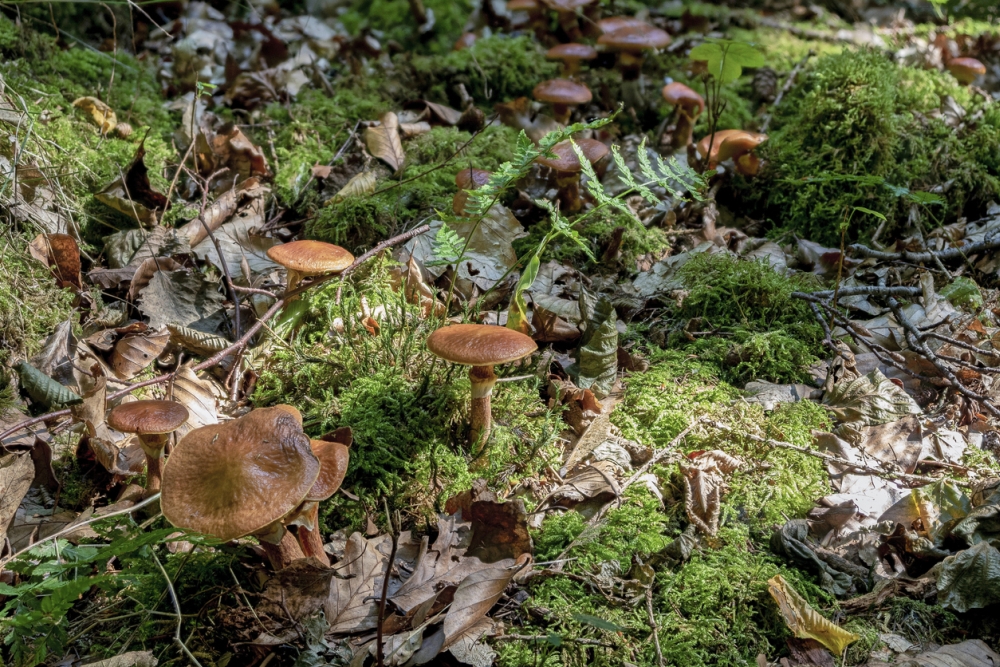 Over the years and since research into mycorrhizal fungi has started, the fungi have proved to be a beneficial force to be reckoned with. It’s not just that they feed the roots of the plants but the fungi also have some great benefits to the soil itself. Here are some of these benefits.

Mycorrhizal fungi come in different shapes and sizes. But they are generally categorized by how they colonize their host plants and which plants they are compatible with. In general, there are two types.

When to Apply Mycorrhizal Fungi

Although not all gardens and soils might be in need of mycorrhizal fungi, research has shown its great efficacy in conditions that are less than ideal. Drought, salinity, and excessive temperature fluctuations are examples of these conditions that could put plants through a lot of stress.

Even the hardiest of plants struggle in the face of prolonged drought. While succulents tend to store excess moisture in their meaty leaves or bulbous stalks, other plants have no other means to combat dry soil. But studies showed that mycorrhizal fungi can alleviate the drought-related stress of such crops as wheat, corn, onion, and strawberries. Plants that have established a symbiotic relationship with one or more mycorrhizal fungi displayed fewer signs of oxidative stress compared to those growing in fungi-free soil.

If there’s one thing most plants have in common, it’s their inability to tolerate or grow in salinized soil. High concentrations of saline in the soil can suppress the roots’ ability to absorb nutrients and moisture. This impacts the growth of the plant and leads to its early demise. And that’s another benefit that mycorrhizal fungi have shown so far. The fungi displayed great results in mitigating the damage that salinized soil has on the roots of the plants. Even when the plants themselves were unable to absorb nutrients, the hardy fungi managed to feed the roots under extreme conditions. So even if nothing grows in your garden because of salinity issues, mycorrhiza can improve the plants’ chances of success.

Mycorrhiza also benefited plants that were struggling with either high temperatures or cold weather conditions. Excessive heat stresses the plants to a degree where they might stop growing altogether. The leaves would droop and the stems wilt. Under these conditions, the plant loses a lot of its moisture through the surface of the leaves in an attempt to regulate the temperatures. However certain types of mycorrhizal fungi, namely, Glomus fasciculatum, improved the plant’s ability to sustain high-temperature exposure and continue to grow and thrive. So if you live in a certain hardiness zone and want to grow a plant more suited to a different zone, you might consider applying mycorrhizae to the soil.

The presence of heavy metals in the soil prevents the roots of the plants from establishing in the soil. It also has adverse effects on the health and growth of the plants. Not to mention the risk of having these metal deposits finding their way to your kitchen table. Especially through the veggies and fruits you grow in the contaminated soil. Mycorrhizal fungi prevent such metals from reaching the cells of the roots and being absorbed by the plants. This can have wide applications in large-scale land restoration projects.

Making the Most out of Mycorrhizal Fungi

Knowing which types of mycorrhizal fungi to pair with which plants in your garden is only the beginning. You still need to know how many types of fungi species to grow in your garden. And with all the challenges, the more fungi you inoculate the plants with, the better their chances of survival.

Experts recommend using up to 4 species of mycorrhizal fungi at a time in your garden. This helps build a self-sustaining and robust ecosystem where both the plants and the soil benefit. Such a diverse ecosystem ensures the long-lasting effects of the fungi as well. In case one or more species perish in the soil for one reason or another, the others will keep growing and providing the plants with a continuous supply of plant food and moisture.

So when choosing a commercial mycorrhizal product for your garden, opt for one that contains anything between 4 to 7 species at a time. Also, keep in mind that these fungi products have specific uses. So if you’re starting a restoration project, for example, you’ll need products with the highest number of active fungal species. But if your goal is to improve the health and quality of the plants in a small garden or a greenhouse, then a 4-species product would be more than enough for that.

Bleeding Tooth Fungus – What You Need To Know About Hydnellum Peckii