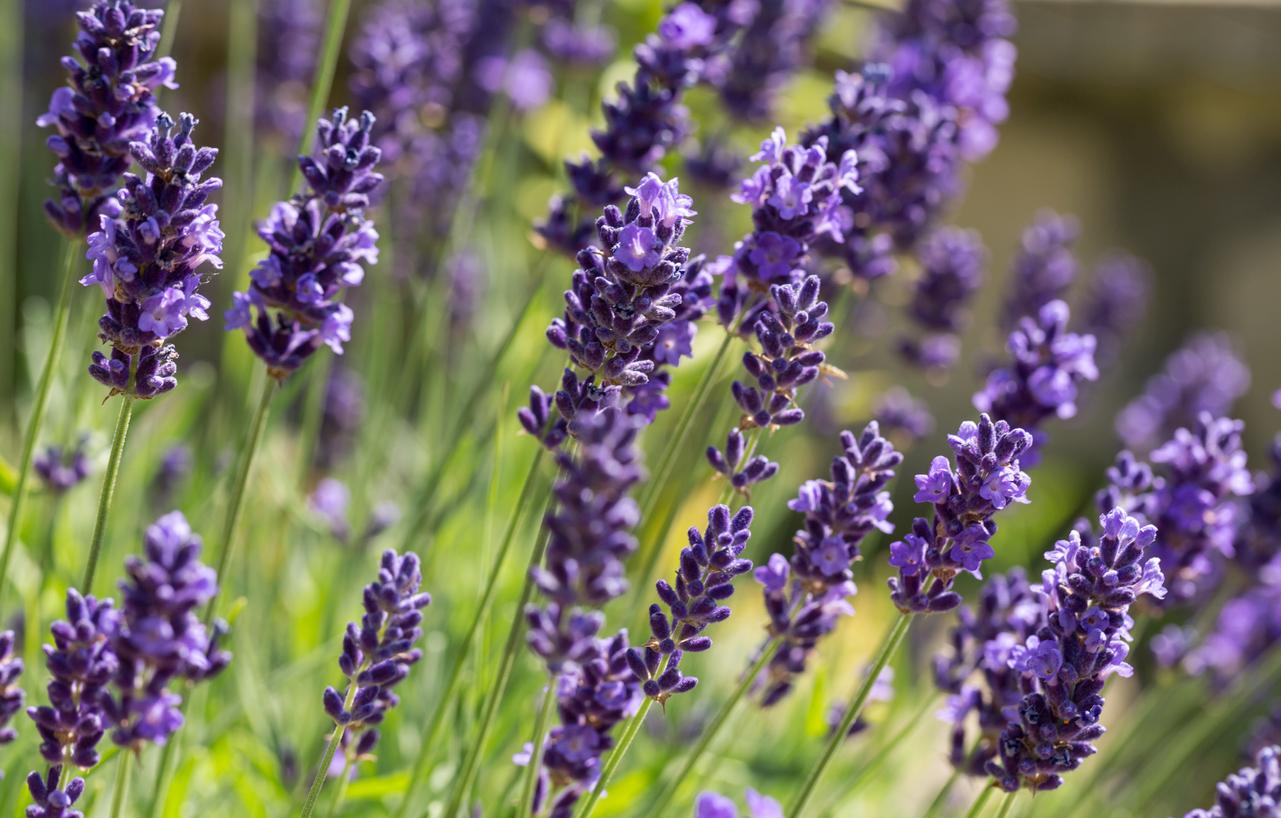 The Romans were the first to use the lavender plant back in 77 AD. Ironically they didn’t use it for ornamental purposes but to repel insects. The flowers also had a soothing effect on the skin, especially with insect bites. To this day people rely on the calming effects of lavender to get a good night’s sleep. Either you can keep a sachet of the plant under your pillow or you can use lavender oil in the bedroom. It also has its uses in the kitchen. 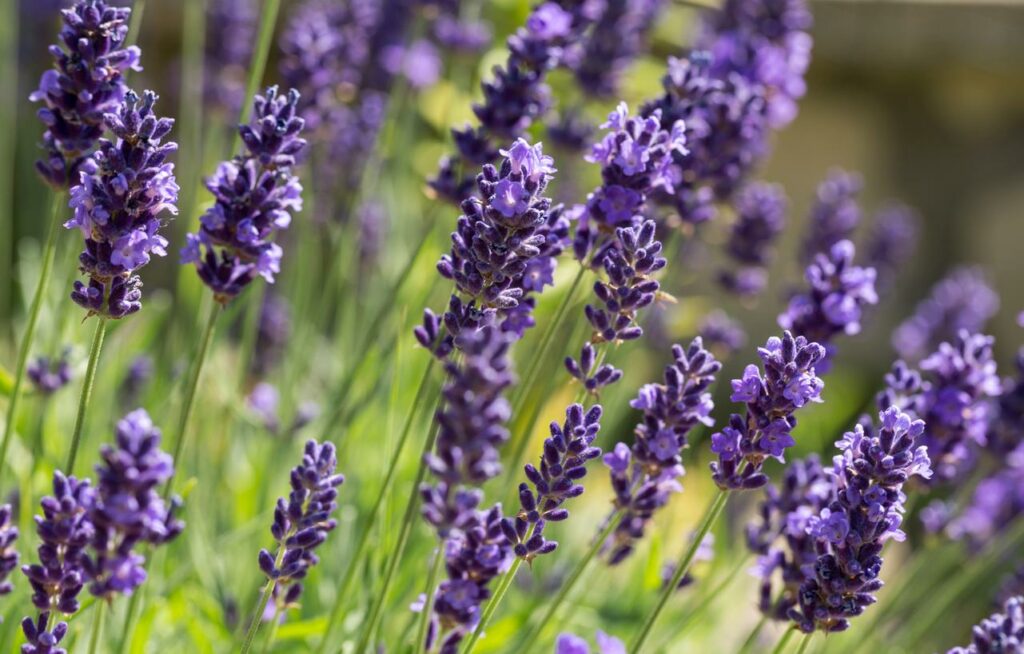 With so many practical uses and benefits, it’s no wonder the lavender plant has been a favorite in many gardens throughout the ages. So the question is, how do you grow it in your garden, and which lavender variety suits you best.

Lavender Plant at a Glance

Lavender (Lavandula) hails from the warm regions in Eastern Africa, Southeast Asia, the Mediterranean, and Southern Europe. For a herbaceous perennial its blooms don’t last long and have a short life mainly. It doesn’t take up much space whether you grow it indoors or out in the garden. The fully grown plant reaches about 24 inches high the same in width.

With silver-green leaves that take your breath away, it’s actually the flowers that are highly prized. Lavender blooms usually from late spring to early summer. Even if the flowers don’t last long, you can still harvest and store them for later use. The blooms come in various colors depending on the species you grow. You can have white flowers, or blue, rose, yellow or pink.

You can grow lavender as a companion plant to a whole litany of other plants. It grows well with cabbage and roses among others. The plant has a distinct aroma that has made it a household herb not just for its fragrance but for its practical benefits as an insect repellent as well.

In general, there are 4 varieties of lavender that you can grow in your garden. They vary in their need for temperature and light. But since lavender grows successfully indoors, you can practically grow any species as a houseplant without issues. Here are the common varieties.

How to Grow Lavender Plant

The good news is, no matter how harsh the weather conditions in your area, you can still grow lavender. It grows well in containers indoors as well as in the garden. If you’re worried about temperature drops even inf the middle of summer, you can grow Lavendin which has the highest temperature tolerance of all lavender varieties. The process is almost identical whether you grow it as a houseplant or outdoors. Here’s how to grow lavender in simple steps.

If you’re growing lavender in a container, just make sure the container has drainage holes and that the soil is well-drained. Add one portion of perlite to the soil to improve drainage.

While it’s easy to get your lavender plant started, you’ll need to invest some time and effort to see it flower successfully. If you grow it in the garden and winters tend to be really cold where you live, you’ll have to overwinter the plant to ensure it survives and grows back in the spring.

The water requirements of lavender vary based on the weather and its growing stage. Early on in the first year of its life, it will need regular watering. But once the first summer has passed, you should hold off irrigation. The roots of the plant penetrate the soil deep enough to make it drought tolerant. If it’s growing in a container, then make sure to water it once or twice a week during the summer months. The soil in the container gets dry much faster than in the garden. But in the winter, you don’t have to water it so often. You can even let the soil dry out without impacting the health of the plant.

Since the lavender blooms so abundantly, you will need to deadhead it to encourage more blooms to grow. This also prevents the plant from wasting its resources and energy on growing seeds. At the end of the season, when you’ve had enough flowers, you can let some fade and grow seeds. Many birds feed on lavender seed especially goldfinches that stock up on the nutritious seeds in preparation for the winter.

That’s another pressing need that you have to take care of as far as lavender care is concerned. If you neglect it or let the plant grow as it pleases, it becomes woody and unmanageable. For an ornamental perennial, pruning is crucial for the success of lavender. The best time to take your pruning shears to the plant is in the late summer after the last flowers have faded. Start with the dead flowers and make sure you remove the whole spike to preserve the plant’s energy. You then turn to the leaves and remove about one inch of new growth. This will keep the plant looking tidy until the spring growth.

When the winter nights become chilly, it’s the lavender roots that bear the brunt of it. This is especially true for plants growing in containers. So take these pots inside and keep them in a warm place until the weather improves. If the winters are mild, then you can grow lavender outdoors and cover the soil with a thick layer of gravel. Don’t use mulch. Gravel keeps the temperature of the soil and insulates the roots from the drop in temperature.

If you grow your lavender in a well-drained spot that gets plenty of sunlight and keep the soil relatively dry, then you can avoid many of the common pests and diseases that infect flowering plants and perennials. While it repels insects, some bugs are immune to its fragrance and feed on its leaves. These include leafhoppers, rosemary beetles, and cuckoo spits. Use neem oil to get rid of these pests.

Avoid overwatering the soil since that leads to root rot. In this respect, lavender is no different from any other plant that thrives in well-drained soil.

As you can see it’s easy to grow and take care of lavender plants. Even if the plant doesn’t suffer from serious diseases, a lot can go wrong. So here are a few tips to point you in the right direction.