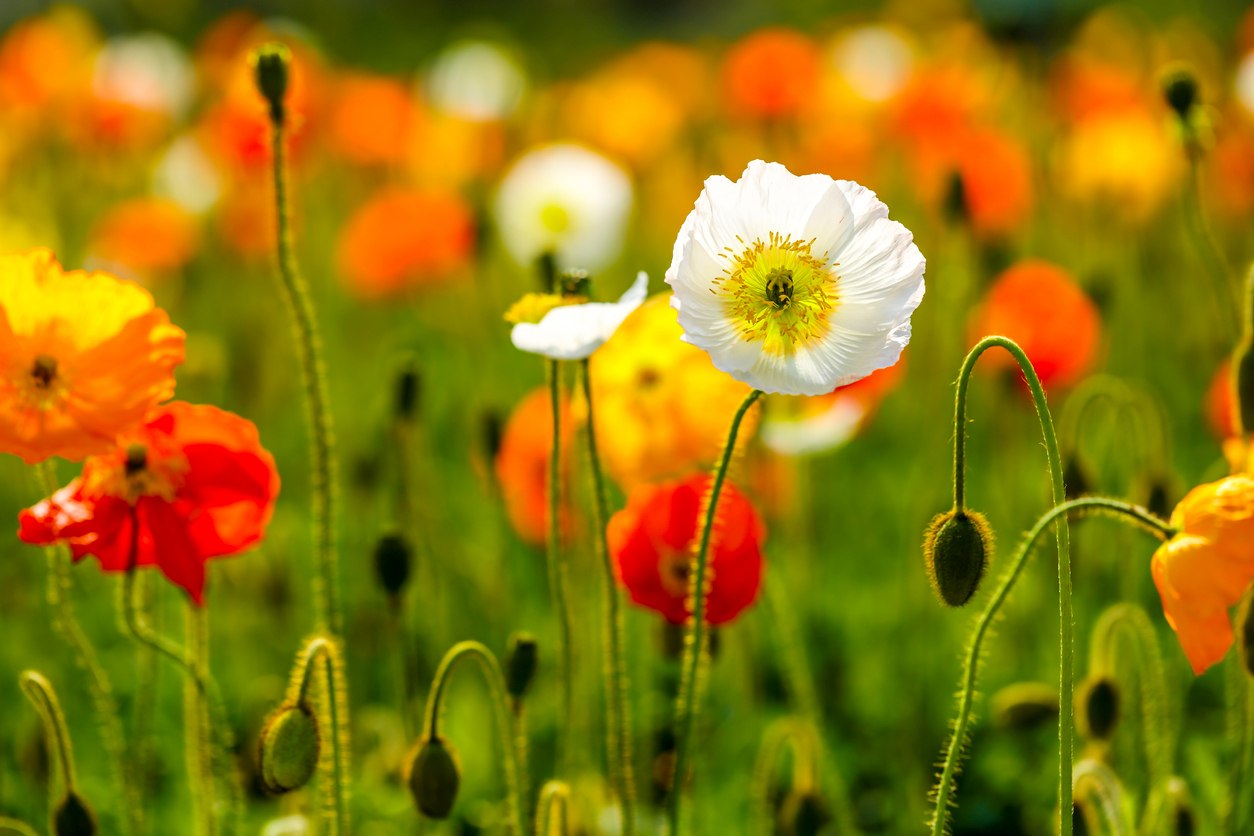 In general, Iceland and poppies don’t mix. If you did a double-take reading the title or thought it was an oxymoron you’re not alone. Poppies are known to favor warm temperatures and only flower when they get a few hours of full sun every day. But not the Iceland poppy or Papaver nudicaule as it is known in scientific circles. 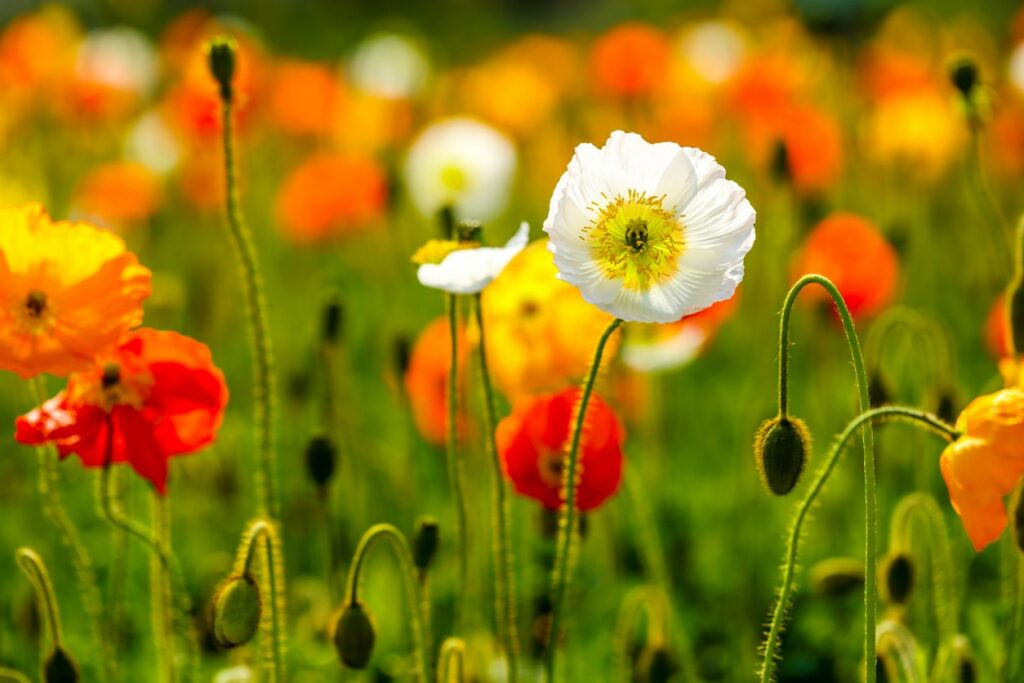 This poppy enjoys the chilly wind and cool climates and even grows healthier when lesser flowers call it a season as the temperature drops. That said, this is not a native of Iceland. It grows in the northern parts of Europe and Asia but has nothing to do with either Iceland or the polar regions. The blooms come in all shades of white, orange, salmon, pink, rose, and cream.

How to Grow the Iceland Poppy

With USDA hardiness zones between 2 and 8, the Iceland poppy is a hardy flowering plant that can handle itself well in different weather conditions. But that doesn’t mean that the flowers blossom without the sun or rich and well-drained soil. This, after all, is a flowering plant that grows in the fertile ground, not the harsh desert.

As part of the Papaveraceae family, the Iceland poppy has a few cousins similar in appearance if different in their foliage and blooms. They include

Here are the steps of growing the Iceland poppy.

As with most flowering plants, the Iceland poppy needs plenty of care once the plant grows and approaches its flowering cycle. However, both harvesting and post-harvesting care are a little tricky with the Iceland poppy. This is why we devoted two sections of this guide to that process. You’ll find them below.

With hardiness zones between 2 and 8, you know you got yourself a plant that doesn’t require high temperatures. In fact, it grows perfectly well in cooler weather that sends other plants into dormancy.

As for the light, this is after all a flowering plant and as such, it needs full sun a few hours a day. However, it can still grow in partial shade without showing any signs of distress or impact on the quality of the blooms. Overall, as long as you don’t have excessively hot or humid conditions, the Iceland poppy grows successfully without issues.

Because it is used to the cold weather, you won’t need to water the plant in the winter except when the soil goes really dry. Apart from that in the spring and summer, when the flowering cycle is at its peak, you will need to water it once or twice a week depending on how hot and dry the weather is in your region. Make sure to keep plenty of drainage holes in the bottom of the container to prevent waterlogging.

For the most part, you won’t have to worry about space as far as the grown Iceland poppy is concerned. The fully mature plant reaches anything between 12 and 16 inches in height which can be fitted on any shelf, nook, or corner in your house or garden. It takes longer to grow and reach maturity than other flowering plants.

The plant has a bushy growth near the base while the flowers sprout on stems without any accompanying leaves. These are small leaves that act as a background for the more prominent blooms.

The Iceland poppy doesn’t enjoy a long life and after a few years, the plant dies of natural causes. However, it’s a self-sowing plant and if you don’t sow the seeds yourself, chances are the plant will sow its own seeds before it dies. Soon a few new plants will grow out of the same soil.

The best time to sow the seeds is either in the spring or fall. You can harvest the seeds when the pods are ripe and start to turn dark. You’ll know the seeds are ready when the pods open on their own. Sprinkle the seeds in the fall to get blooms the next summer. Cover them with a thin layer of sand and water the bed.

Once the seedlings grow and show a few leaves, thin out the plants removing all the sickly or unhealthy ones. Keep 4 to 6 inches between each plant.

Overall, it’s overwatering that spells doom for the Iceland poppy. Soaked or soggy soil accelerates the rotting of the roots which brings the life of this magnificent plant to a premature end. But that’s not the only health issue that you encounter when growing these poppies.

Poppy blight is another common problem. It’s a fungal infection that hits the leaves and stem of the plant. Symptoms include a whitish powdery substance and dark spots all over the leaves. You can use a fungicide to treat the plant and remove all infected leaves and burn them.

People grow the Iceland poppy for its flowers. As we have seen the plants themselves are not very ornamental without the flowers. Since the flowers grow on stalks, you can collect those stalks and keep them in a vase in any arrangement you like.

The timing of picking the flowers is just as important for the longevity of the flower and the vividness of the colors. If you want to arrange the flowers immediately then make sure to pick them in full bloom and before they get pollinated.

Some horticulturalists recommend picking the flowers and storing them for later use. In that case, don’t wait for the flower to open up. Rather, cut it once a little color shows in its crack. These are waiting for a bit of warmth before they blossom and get ready to be pollinated.

The vase life depends on the stage of development of the flower. A bloom that recently opened will usually live longer than one that has been in full blossom for a couple of days. Keep in mind that once the flower is pollinated it will fade shortly after.

If you have many plants, you might have to collect the flowers twice a day to keep up with their fast-growing blooms. It’s best to collect them in the early morning before the sun shines on them and makes them open up. Some experts recommend picking the flowers in the evening so either time is fine.

To enjoy your Iceland poppy blooms for a long time, you need to be wary of the sap they ooze into the water. Not only will it shorten the flowers’ life but that of any other flowers in the same vase with them. The sap these floors produce is latex and it’s related to the high temperatures of the summer months.

There are two ways you can deal with the latex problem oozing out of the Iceland poppy’s freshly cut stalks. Either put the ends in hot water to burn them with a blow torch. The hot water solution sounds much safer. Either way, the end of the stem is sealed blocking the latex from making its way into the water in the vase.

Another option is to simmer the stalks in a bucket of water with some conditioner like CVBN mixed in. After you sanitize them, put them in the fridge at 38 degrees F for 12 to 24 hours straight. Many horticulturalists swear by this sanitization method as opposed to searing the ends of the stalks. The flowers usually last for up to 7 days in the vase as opposed to 3 to 5 days of vase life with the searing method.