Boston fern growing problems are the types of issues you have to deal with when growing this fern, either as a houseplant or outdoors. Each environment carries its own challenges for the cultivar. From the right light conditions to keeping the notoriously fast-growing plant in check. 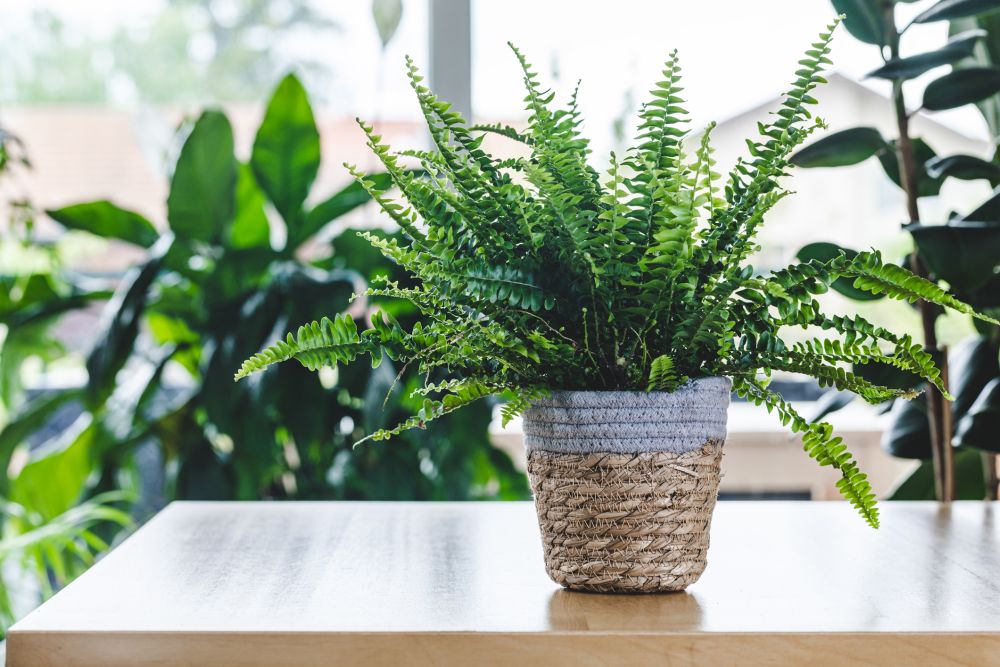 But there are other types of Boston fern growing problems that crop up even when everything else is in good shape. For example, the plant will outgrow its pot and needs repotting, or the fronds turn black for no apparent reason. Even a particularly cold winter can spell trouble for the tropical plant, which means you have to overwinter it.

This article lists the top Boston fern growing problems you might encounter and proposes different ways to fix each problem.

Despite being a nonflowering plant, Boston fern doesn’t need flowers to win over hearts across the board. The cultivar has fronds that arch and sway every way and shimmer under the bright lights. Sometimes, the leaves are dark green, others, they’re light green and glossy. Some hybrids have variegated or purple fronds.

So when the fronds turn black or brown, you have every reason to worry. This could be a symptom of viral disease, or it might be an issue with the light, water, humidity, or soil. So which one is it?

The other type of black spots could be caused by nematodes or bacterial soft rot.

Depending on the nature of the black spots on your Boston fern leaves, you’ll need to take action. Here are a few steps to remedy this situation and avoid losing the fern altogether. 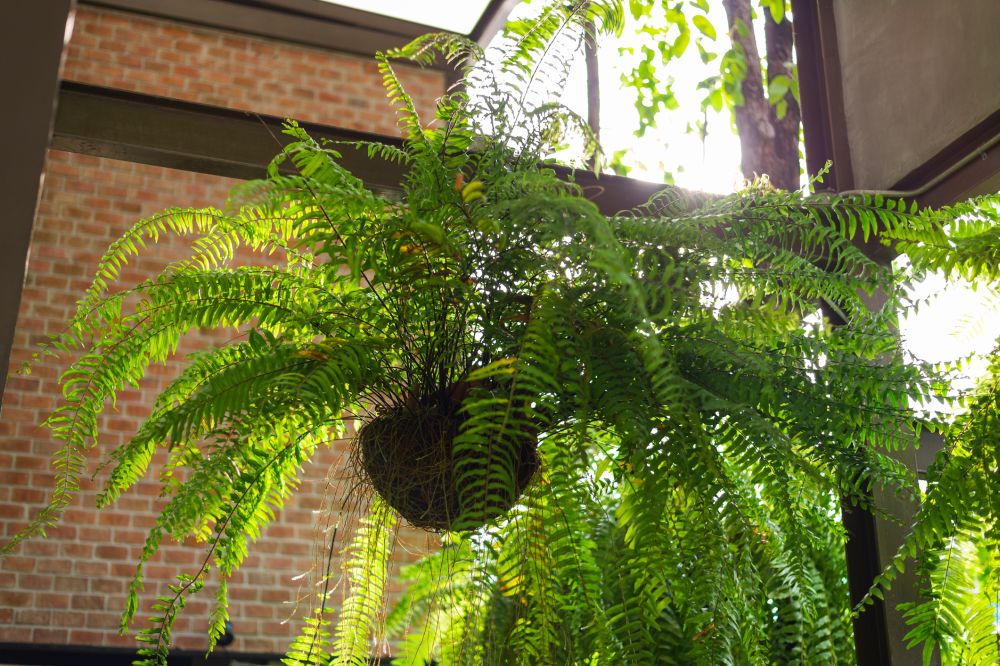 Another Boston fern symptom that might have natural causes is fern leaf drop. This Boston fern growing problem has many causes, and some of them are just as harmless as the leaflets are getting too old and have reached the end of their life cycle.

But other times, the problem is an indication of something wrong with the growing conditions. As we have already pointed out, ferns are cultivars with specific needs that have to be met for the plant to grow and thrive. So if you mishandle the watering, change the light conditions, or bring humidity levels down, the plant will let you know by dropping its leaflets. It’s less of a protesting gesture and more of the plant preserving its resources in an environment that is less than ideal for it.

You’ll need to decide what exactly is causing the fern leaves to drop. Is it something to do with the water, feeding, or humidity? Or is it just the leaves are getting on with age, and there’s no way to turn the clock back? Here is a list of possible causes of fern leaf drop and what you can do about them.

The first time you repot your Boston fern, you’re in for a big surprise. As you take the fern out of the pot, you’ll notice balls attached to the roots. What are these root nodules? Is it a sign of a lethal fern disease? Or are they harmless?

Root nodules on Boston fern plants are a natural phenomenon. They usually form under the surface of the soil where the fronds meet the rhizomes. Moreover, you can use them to propagate a new plant from an old fern. Simply take the root ball out of the soil and place in a plastic bag with moist peat moss. The nodules will soon grow into a lovely fern identical to its parent.

There’s nothing for you to do about this non-problem. The small bulbs on the roots are a means for the plant to store moisture and nutrients. It’s a way of survival for when you forget to water the pot or the soil becomes depleted. Don’t damage the root nodules since they contain precious resources for the fern. 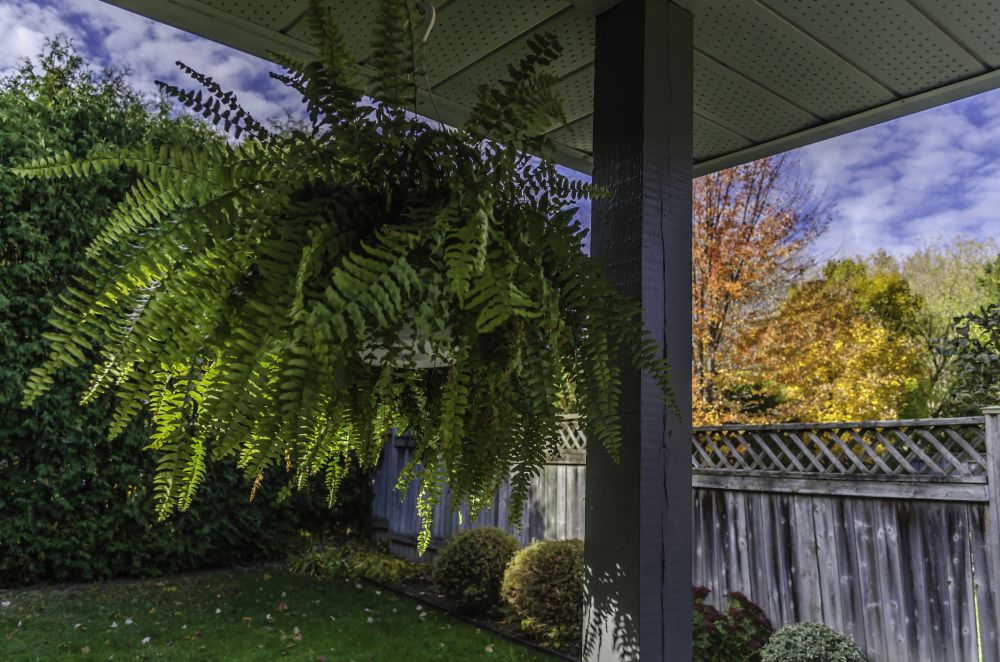 Say what you like about Boston fern, the cultivar sure has its merits. But sooner or later, it will outgrow its pot and the root system pokes out of the sides of the hanging basket. This calls for Boston fern repotting. But there’s a catch.

Boston fern plants grow and take up as much available space as possible. The only limit to their expansion is the size of the pot. So if you repot the fern in a large pot, it will grow quickly to fill it up. In most cases, this is not what you want. You’d want the fern to stay compact and grow slowly every year. So how would you repot Boston fern the right way and when is the right time for repotting?

One of the first signs that the Boston fern needs repotting is when its growth slows down considerably. That’s your cue. No matter what time of the year it is or whether the fern is in the middle of its growing cycle. When the roots come out of the drainage holes, this is the plant asking for a larger pot. Follow these steps to repot the Boston fern.

Many people don’t know what to do with ferns when the plant goes dormant and the temperature drops in the winter. This is especially true if you’re growing your Boston fern outdoors. You’re not sure if the plant will even come back in the spring or not. And as much as it was fun to have it around all summer, it now looks drab. Some people go as far as throwing away the plant, pot, fern, and soil. That’s a drastic measure and in the world of Boston ferns, it’s totally uncalled for. You simply can save your fern and keep it alive albeit dormant during the winter. So how would you do that?

The simple answer is to overwinter your Boston fern. It might surprise you how hardy the sensitive fern can be if you take certain precautions. One thing you should not do is to keep the fern in a warm and humid greenhouse during the winter months. You’ll definitely want to toss the plant after that. Instead here’s what you can do. 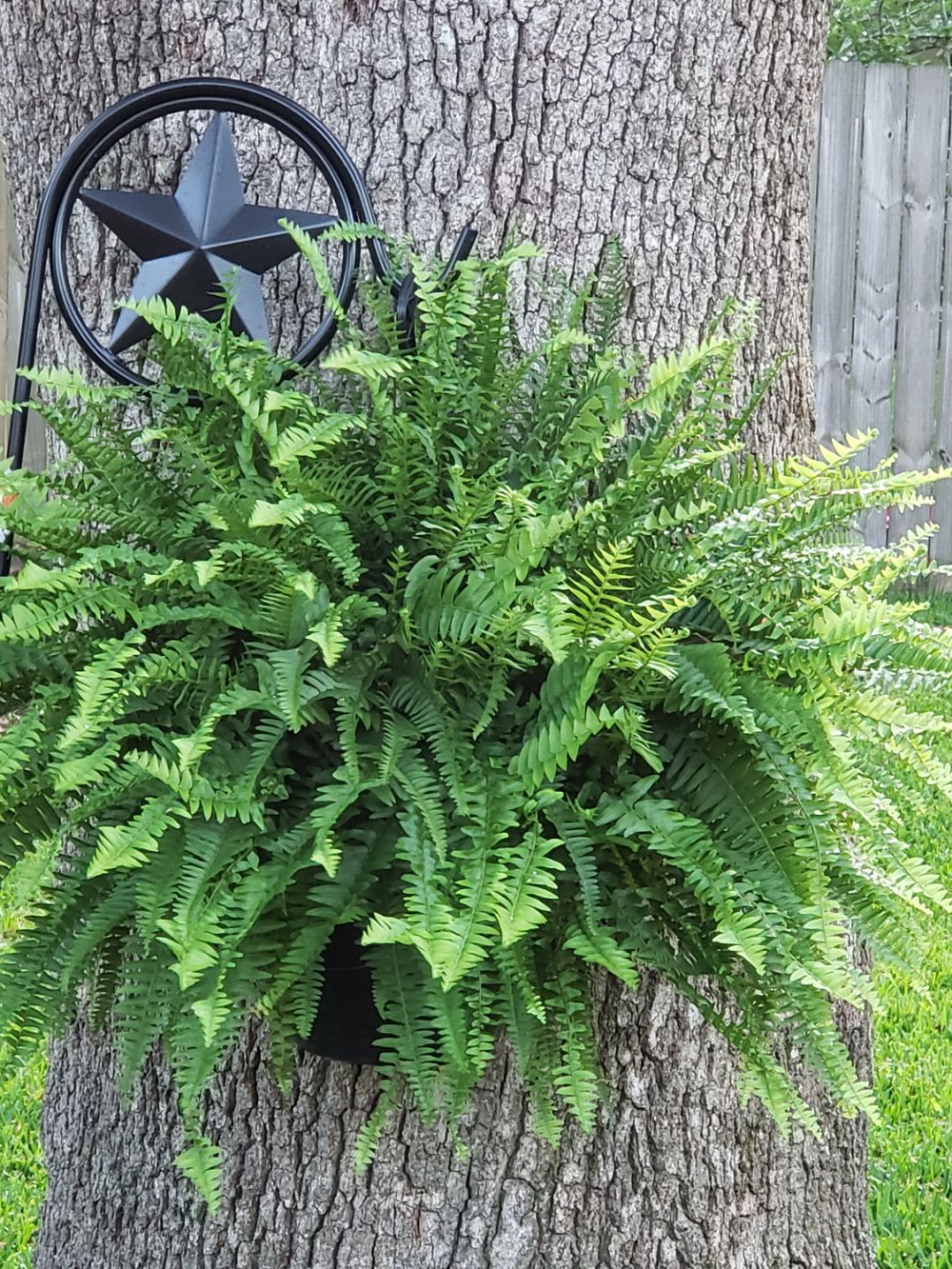 If you fall in love with the Boston fern growing in your household, who can blame you? The next thing you’d want is to have more ferns just like this one. The solution is to divide the plant and have as many new ferns as you like. Easier said than done? Not really. It’s really that easy.

Boston fern propagation can be achieved through one of two ways: either divide the roots or use runners. Both methods work well.

Since propagating ferns through spores is rather tricky, I recommend following either of the following ways to start new ferns from a mature plant.