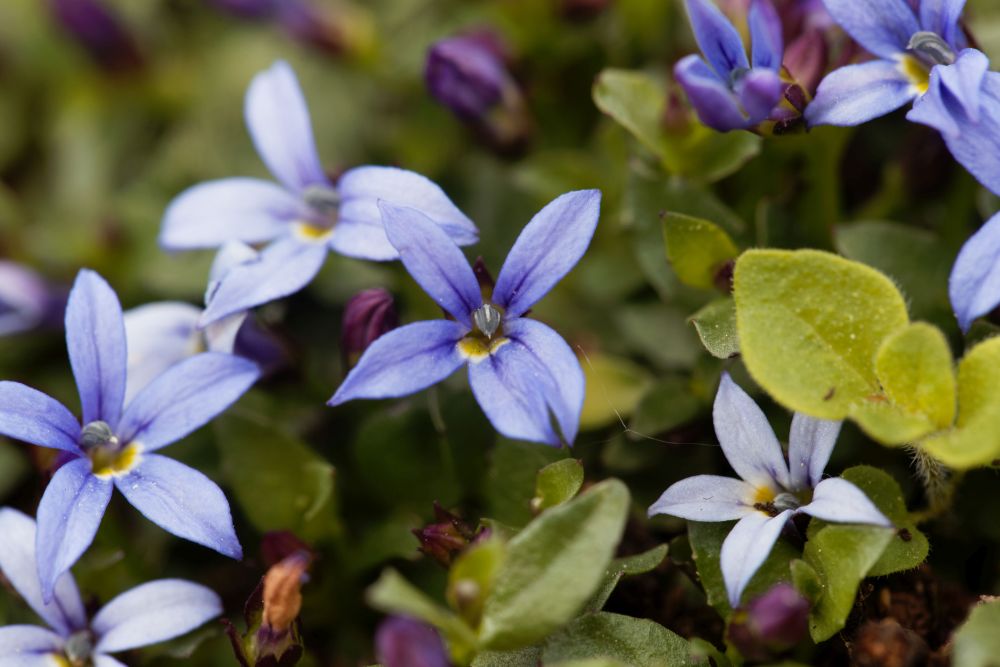 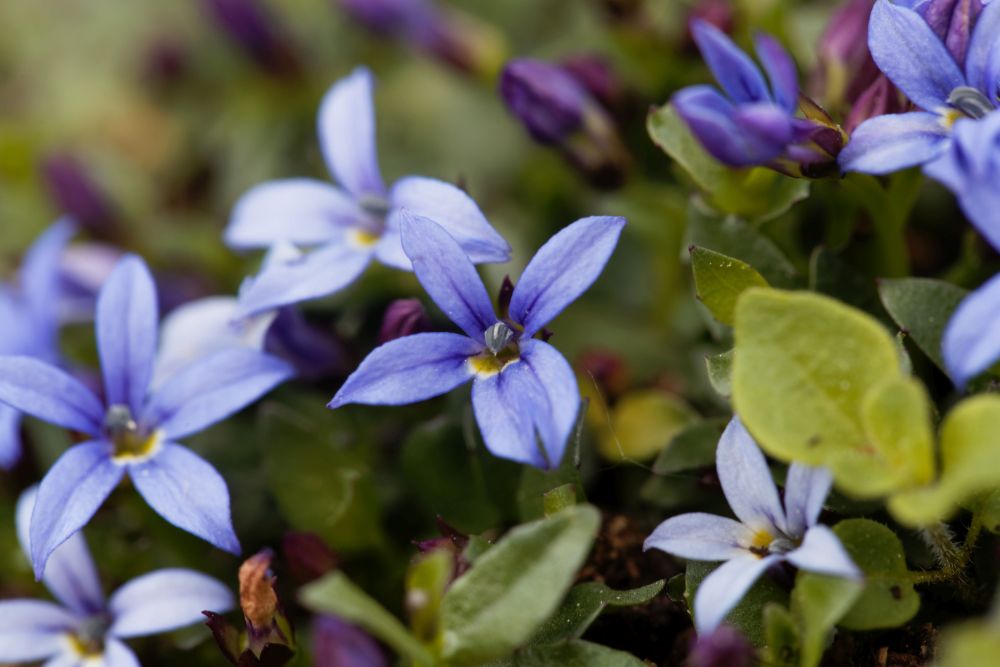 If you look around, you’ll notice that low-growing perennials are perfect for ground cover, especially they’re able to produce flowers. And one such kind of plant you might want to try out is the Blue Star Creeper. 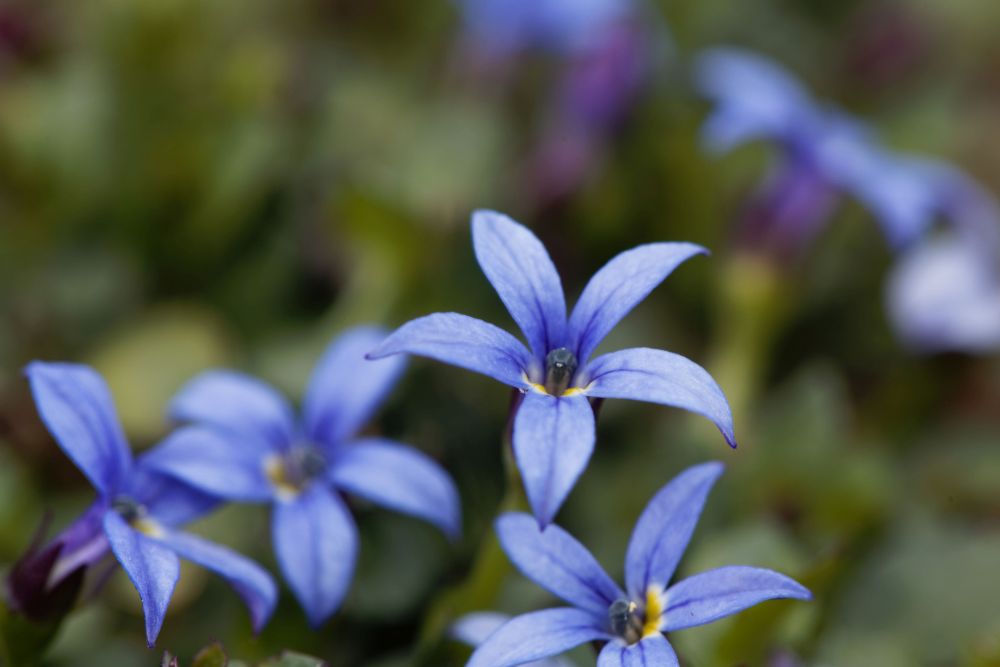 It’s known for spreading relatively fast, hence why the herb is often used as a lawn alternative. You can grow this plant if you’re looking to landscape an area in your garden with dense foot traffic. Let’s find out what every grower needs to practice when growing and maintaining the Blue Star Creeper.

More About the Blue Star Creeper

Even after a hard-knocking winter season, this perennial has the zeal to bounce back and gradually phase itself out of the dormancy period during the early weeks of spring. The blooms of this flowering perennial usually range from blue to white and purple. It has the potential to produce dense foliage that would make impeccable changes to your garden. And if you want it to behave like a creeper, just make sure it gets the proper support and position for optimal growing conditions. In a single year, the root balls can potentially spread up to 18 inches, but too much rain would ruin its firmness when growing in the ground. While the Australian native is seemingly hardy enough to tolerate humid conditions, it still prefers to grow in well-draining soil.

What usually strikes the most commonly grown Blue Star Creeper varieties is the size or shape and sometimes the color of the blooms. Let’s check out the most popular types you might consider growing:

Isotoma fluviatilis – Borealis: Most growers often confuse this type with its cousin Australis since the corolla for both look close similar in terms of size. However, the leaves of this variety are usually a bit slimmer compared to those of the Australis. The blooms for the Australis tend to range from purple to pink, while Borealis usually have white corollas with a yellow and hairy texture in the middle.

Isotoma fluviatilis – Australis: This is an Australian native type with purple-to-blue flowers and leaves about 5-15 millimeters long. The flowering sub-type prefers a humid environment over dry conditions, and the leaves usually appear bigger than most other Blue Star Creeper varieties.

Blue Star Laurentia (Isotoma Axillaris): The soft textured perennial is often grown as an annual and has willow-shaped leaves with pointed lobes. It has sky-blue blooms that seem to turn purple over time and grows best when vegetatively propagated.

How to Care for the Blue Star Creeper

It’s no secret that most gardeners not only grow this perennial for its creeping traits but also for its vivid and stellar blooms. High chances are this creeping perennial will bloom anytime between July and September. If you’re using this flowering perennial for your lawn, you want to space out the root bulbs at least 8 inches apart when planting, so the blooms can have an arresting appearance. On average, the flowers will last anytime between 2 weeks and 3 months, depending on the flowering conditions.

This herbaceous perennial would need to grow under a sunny location to experience colorful growth. The light exposure, however, needs to be met with some partial shade. What matters the most to this plant is getting at least 6 hours of bright light each day. Even though partial shade works best for this houseplant, very low-light locations would cause it to become leggy. Lack of light together with humid environments could both be responsible for stunted growth.

Your Blue Star Creeper could also fail to bloom. The Blue Star Creeper likes to have warm temperatures but, if it becomes too hot, the leaves will turn brown, and its flowers would wither away. And if the weather is too cold, it also won’t do well since this isn’t a frost-hardy perennial. The optimum range for your Blue Star Creeper is between 60 and 80 °F (16 to 27 °C).

When growing outdoors for ground cover, one salient feature to look at before planting your Blue Star Creeper is natural drainage. Besides drainage, you also want to test for pH, organic matter, and texture. We’ll try to look at these essential elements categorically. When the soil isn’t porous enough to let out any excess moisture, one major threat you’ll likely deal with is a fungal infection. Apart from drainage, this perennial isn’t choosy when it comes to soil needs. To enhance essential nutrients uptake, try to keep the soil pH anywhere between 6.0 to 7.8. Or better still, it should be slightly acidic to alkaline. Keep the soil moist quite regularly, especially when it feels dry during summer when the temperatures are a bit warmer, to pace up the growth rate. If possible, grow it alongside shrubs, rocks, or trees.

While this flowering plant is known for surviving dry months, it still prefers moisture, especially when the temperatures are warmer. When the seeds are at the germination phase, you’ll need to water the soil quite regularly. But during its prime time, water the Blue Star Creeper only when the ground feels entirely dry. It doesn’t do well in soggy soil that doesn’t dry up fast enough since the roots are highly prone to rot, and the plant could struggle with fungal infections. Leaves will wilt, flower buds will dry up, and the plant’s overall health will decline if exposed to too much moisture.

If you opt to grow it inside a pot, place the growing medium somewhere the moisture can evaporate at a reasonably paced up rate. The best way to water the Blue Star Creeper is to use a watering can with a fine spray nozzle. You can mist the soil lightly rather than drenching it in water if it takes much longer than usual to drain.

Your Blue Star plants are only as strong as their roots, so it’s essential to give them the nutrients they need. Although feeding isn’t necessary, it acts as a potent booster during the blooming phase. So, if you want to see come colorful flowers, then you might want to try fertilizing your Blue Star Creeper during the growing season when the conditions are most suitable. Slow-release lawn fertilizers have a higher phosphorus and potassium ratio than nitrogen since they’re exceedingly needed during the blooming phase. Don’t get tempted to overfeed this flowering perennial, as it would cause it to be invasive. It’s best to use fertilizer when the Blue Star plant is transitioning from juvenile to adult stage.

How to Propagate the Blue Star Creeper

You can propagate most Blue Star Creeper varieties using the division method by dissecting the root balls or seeds. The underground runners also help significantly with self-propagation. To harvest the root balls, gently uproot one healthy parent plant from the soil, then divide them using a sharp and sterilized knife to control any bacterial infections. If any offshoots are growing on the edges of the mother plant, you can use them too for propagation. Here are other pointers to keep tabs with when propagating your Blue Star Creeper:

While growing this flowering perennial is a little more complicated when using seeds, you’ll garner lots of experience, especially if you’re looking to be a pro-gardener. Both methods will work just fine, mainly during a growing season when the hormones are active.

While this plant isn’t prone to severe diseases, it often struggles to survive in soil that doesn’t drain water efficiently. Effects of overwatering cause harm to this flowering perennial, so you want to check the drainage capacity of the soil before planting your Blue Star Creeper plants. Bulb and root diseases will emerge if the plant stays in soggy soil for too long. Overwatering leads to fungal infections such as southern blight, which is a pathogen that initially emanates from the ground and spreads even further when it’s too acidic.

Poor quality soil also tends to affect the overall appearance of the blooms. Apart from a deficient soil structure, this plant is more likely to look disfigured or grow in a leggy pattern when growing in a very dim location. As for pests, some common ones that you’re likely to deal with include spider mites, aphids, and fungus gnats. You also want to watch out for leaf miners and thrips since they both like to prey on perennial creepers.

How to Repot a Plant Safely, Including Root-Bound Houseplants