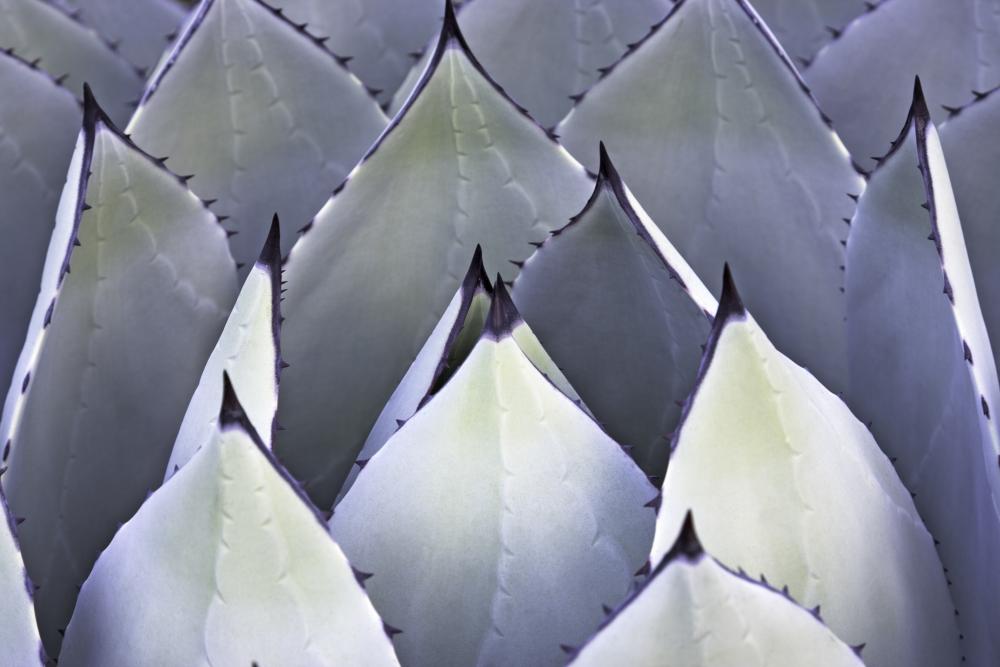 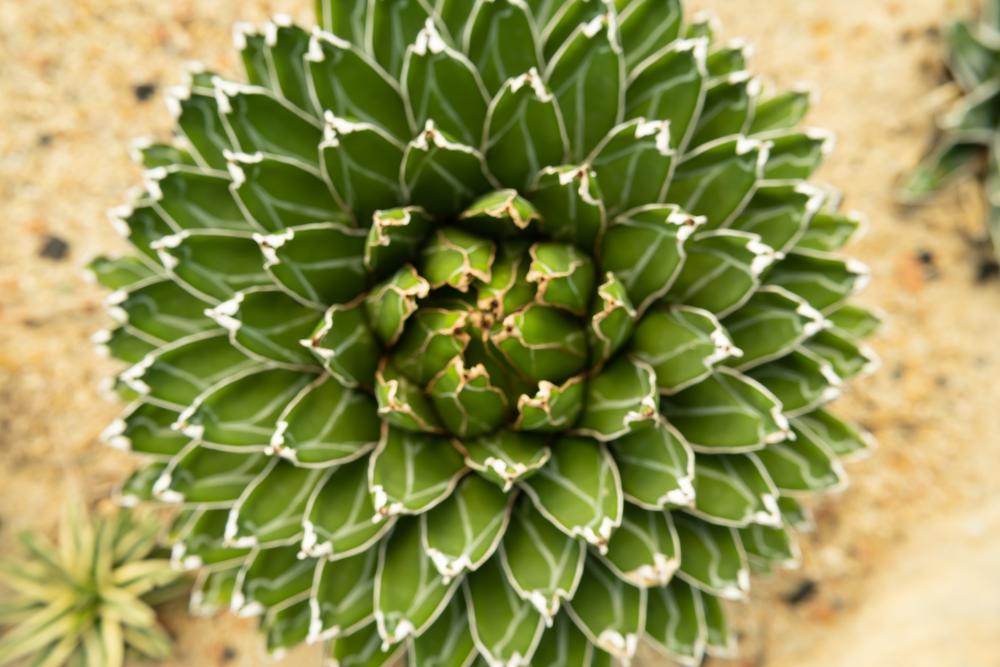 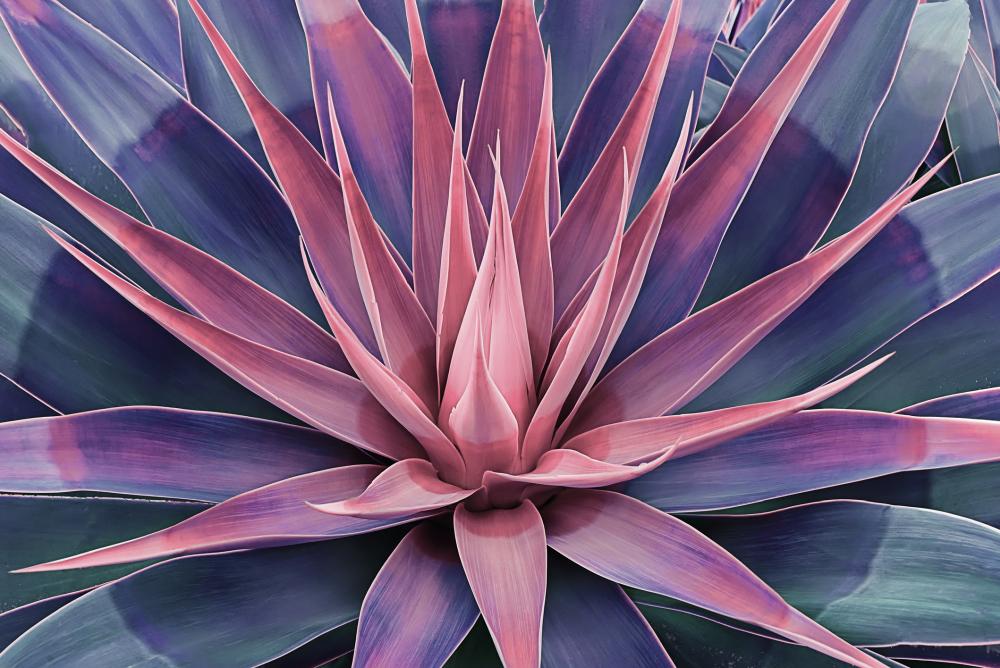 As far as succulents go, agave varieties are what makes this plant so popular both as a houseplant and in offices. It’s one thing to have an ornamental plant that turns a shabby corner into a dazzling festival of textures and colors. But it’s a different matter when that plant comes in different types and varieties.

We all know that when it comes to ornamental houseplants, there’s no one size fits all. You might have limited space or the interior design plans you have might require a plant with certain specifications. So the more varieties a succulent offers in the way of cultivars and natural species, the more popular it gets. And that alone is why agave has found a place in many households, rock gardens, and chic corporate offices. Read on to find out more about agave varieties and the different shapes, sizes, and colors it has to offer.

The Blue Glow agave is a hybrid cultivated by crossbreeding Agave ocahui with Agave attenuata. The new cultivar looks nothing like its parents. Which is the whole idea of developing cultivars. The Blue Glow has green-blue short leaves and the rosette is tall but doesn’t spread much. The mature plant reaches 2 feet with ease and about half that in diameter. The outlines of the leaves are a combination of yellow and red with a unique effect that makes them look like the leaves are glowing.

Although the cultivar is more suited to zone 9, it has a high tolerance for cold temperatures and can survive in temperatures as low as 20 degrees F. As for the light conditions, the Blue Glow favors the full sun. But in arid settings where the sun gets too hot, filtered light is recommended to avoid brown tip leaf problems. The Blue Glow is a great choice both as an outdoor and indoor succulent.

Originally from Mexico, the Compacta thrives in arid and hot climates and is hardy to many growing conditions that other succulents might not survive in. Add to that the plant doesn’t produce offsets which makes it easy to maintain. It’s suited for zone 8 and has a high tolerance for cold temperatures as low as 10 degrees F.

You can grow more than one Compacta in a single container. The recommended number is either three or five in a large and deep terra cotta container. It requires full sun although it can tolerate partial shade in the afternoon hours. Plant the Compacta in a porch or on both sides of the gate and walkways to add a touch of glamor to the landscape.

This species is native to Chihuahua, Mexico. It’s a small agave that doesn’t grow above one foot tall and twice that in width. The small leaves grow outwards and have bright green colors. The edges of the leaves are covered with curly white threads that fly with the breeze and look like fine hairs. The leaves themselves have white patterns that increase their decorative values.

More suitable for zone 8, it can tolerate cold temperatures around 15 degrees F. Like many desert succulents, this agave favors the bright sun and excessive temperature will not damage the leaves or put a dent in the succulent’s growth. However, you can protect it from the afternoon sun with filtered light or a lace curtain.

The one drawback about Agave Schidigera is the white hairs on the edges of the leaves. They attract spiders where they build cobwebs between the leaves. That said, this agave is almost immune to all other pests and agave growing problems that other species suffer from.

The botanical name for Mescal Ceniza is Agave colorata and it’s a more descriptive name than the Mexican name attached to it. This species of agave is native to the Sonora desert in Mexico and has some of the most ornamental leaves in the agave family. The triangular leaves taper toward the end and the edges curve in to create interesting shapes. It grows to about 2 feet wide and the same in height.

But that’s not all this decorative agave has in store. The leaves are more blue than green and have long slender thorns sticking out of the edges. The insides of the leaves have deep and intricate patterns that change from one plant to the next. And because of the curved leaves, the center of the rosette is almost fully enclosed. However, you’ll need to clean that center from debris, water, or bugs. It’s a sensitive part of the hardy agave and is easily damaged.

The Mescal Ceniza agave is suitable for zone 8 and can tolerate temperatures as low as 15 degrees F. Full sun is required for this agave although it has good tolerance for partial shade.

Like the Compacta, the Queen Victoria agave is a succulent that hails from Chihuahua, Mexico. But unlike its miniature doppelganger, this agave grows to about 18 inches tall and the same across. It grows without problems in zone 8 and has impressive cold tolerance. Even when the temperature drops to 10 degrees F, it will show no signs of stress. These after all are the harsh conditions of the Mexican desert where the difference between the day and nighttime temperature is huge.

The slender and teeming leaves of the Queen Victoria agave are dark green in color with thin white lines around the edges. As for thorns which are a staple feature of most agave species, this agave only has one thorn at the very tip of the leaf. Plant this agave in the garden where it gets full sun or keep the potted plant on a window sill facing the west or south to get the afternoon sun.

One of the few agave species that has a descriptive name that tells you something about what to expect from this agave. The short and squat leaves are arranged in circles around the rosette like an artichoke. The intricate leaf design that grows high like a tower gives this agave its unique shape and makes it easily recognizable.

To get the most out of this highly decorative agave, plant it in a round container that is slightly wider than the diameter of the rosette. Since the Artichoke Agave grows to 3 feet wide, choose a container that’s 3.5 feet in diameter to accommodate it.

As a versatile succulent, this agave fits well in almost any setting. From rock gardens to modern buildings, it looks right at home wherever you place it. Add to that its high tolerance for different temperature levels. It can tolerate temperatures as low as 10 degrees F.

That said, the Artichoke Agave needs the full sun and grows well in zone 8 like most of the agave varieties on this list. It can tolerate partial shade as long as it gets a few hours every day of full sun.

Despite the name, the agave’s claim to fame comes from its leaves. The slender leaves look like any other plant but the agave. While succulents are known for their meaty leaves that double as moisture storage systems, the leaves of the Twin-Flowered Agave look like the spikes of a porcupine in a state of self-defense.

Not that the thin leaves growing in a sphere shape don’t look glamorous. This agave actually has its unique beauty. When fully mature, the plant grows to 3 feet tall and the same in diameter. And unlike other agave species and cultivars, the Twin-Flowered Agave can tolerate all light conditions from full sun to full shade.

And since it’s hardy to cold temperatures as low as 15 degrees, you can practically grow it anywhere indoors without worrying about the plant not getting enough sunlight. A native of Mexico, this agave has spread north where it became the darling of offices in large cities as well as households all over North America. If you’re looking for a succulent that doesn’t take much maintenance and can tolerate neglect, this is the right one for you.

If you have noticed, the agave royal family is alive and prosperous. From queens to kings, the plant has no qualms showing off and bragging about its blue blood. Curiously, King Ferdinand Agave has so much resemblance to Queen Victoria Agave that the former was considered a cultivar of the latter. However, the two are very much distinct agave species even if their leaves have many similarities.

The leaves of King Ferdinand Agave are slender and upright like blades. They are green-blue with smooth edges. Each leaf tapers off with a single spike at the end. The rosette is open and the mature plant grows to about 2 feet tall and the same in width.

It’s best planted in a single container for each agave. Its root system is robust and the succulents become too competitive if planted in close proximity. So if you want to plant it in the garden, space the agaves about 2 feet apart.

Repotting the plant is key to its success and longevity. The root ball becomes crowded in the container quickly especially if you fertilize the plant. So you should repot it at least once every 2 years.

Another agave with leaves that look like someone was having a bad hair day. The blue leaves are covered with a white powder and at the top turn red with a thin spike sticking out. It can tolerate having other succulents in the same container so you can combine it with lush green cacti to create a dramatic effect in your succulent garden.

The only problem you’ll have with the Black-Spined Agave is the prolific offsets the mature plant produces. Each one can grow into a full agave if left to its own devices. So pruning the offsets will become your top priority if you don’t want the agave to spread out and reclaim every available space in the garden.

The numerous offsets can also interfere with the clean look of the agave and give it a wild clumping appearance. Apart from that, the plant is quite decorative and fits well in many settings. It only grows in zone 9 and its cold tolerance is limited to 25 degrees F. If the temperature drops under 25 degrees F, the plant will go into dormancy as a defense mechanism. If the weather doesn’t improve quickly, the plant might die. So if you get cold winters, you’ll need to take the container inside until the cold months are over.

Learn How To Grow & Care For The Agave Blue Glow Plant