Wormwood is the active ingredient that gives absinthe its potency. In fact real absinthe is such a powerful drink, you won’t find it in bars or even liquor stores in the USA. So why would you want to grow the perennial wormwood plant in your garden? 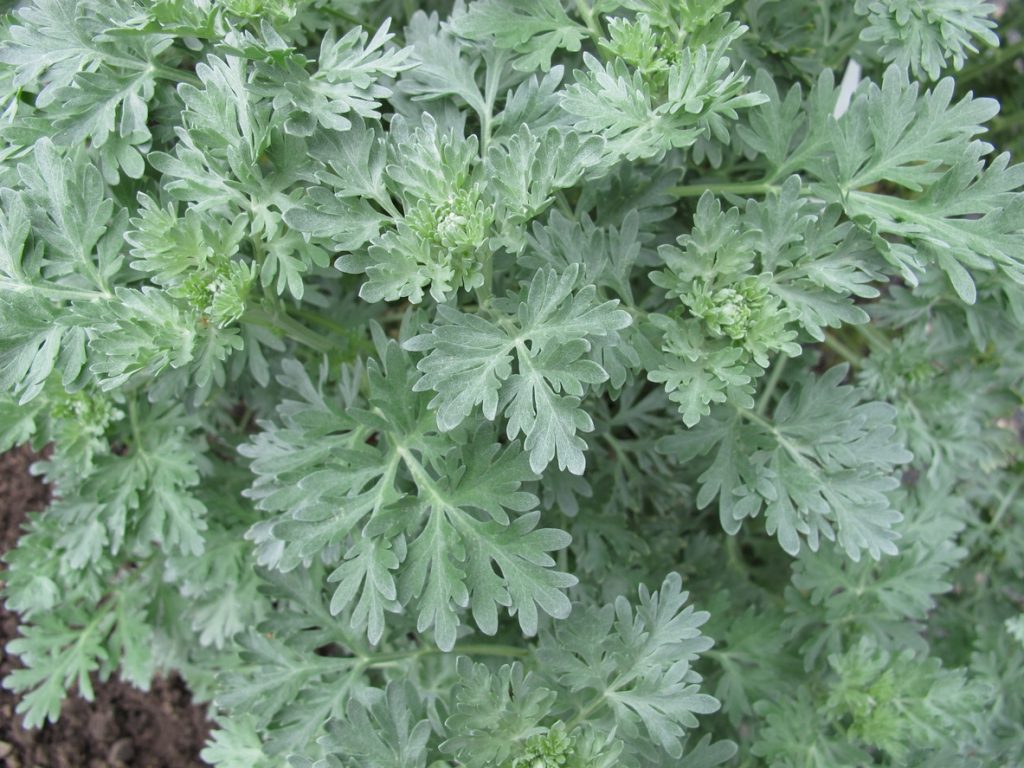 For one thing, you don’t have to be an absinthe fiend to love the aromatic wormwood. The herbaceous plant has such an overpowering and heady scent, some people get dizzy just being in close proximity to the plant. However, both the strong fragrance and lush green foliage have their uses in the modern garden. You can grow it as a companion plant that misleads pests and wildlife with its scent or keep it as a backdrop perennial for more showy flowering annuals. Either way, there are many ornamental and practical ways you can put the famous wormwood to good use in your garden. And since it’s a toxic herb, then caution is advised when handling the mature plant.

Wormwood at a Glance

Before the first barrel of absinthe was distilled, wormwood (Artemisia absinthium) had been growing in the wild across Eurasia, North African, and the prairies of North America. The perennial plants have long and erect stems that reach anything between 2 to 3 feet when mature.

The silvery-green stalk branches out and starts bushy at the base but tapers off as it reaches the top. The leaves on the other hand are gray-green and covered with fuzzy and silvery hairs. Near the base, the leaves are often the largest reaching about 10 inches long. But the leaves near the top are smallish and won’t grow an inch over 4 inches at most.

In the late summer between August and September, the small and tubular flowers of the wormwood make their appearance. They grow in clusters and vary between white and yellow according to the variety. After the flowers pollinate, small hard fruits develop in their place that carry the seeds of the plant.

The strong scent and bitter taste of the herbaceous wormwood make it an ideal plant for traditional medicine. Almost everywhere it has grown, people have found it useful to remedy a certain condition or another. As you can imagine, its heady fragrance made it the right solution to revive people who have blacked out.

Other times it was used as a tonic. Traditional doctors everywhere prescribed it for people who had liver, gallbladder, or general digestive disorders. The cleansing effects of the active ingredients of the herb left people feeling rejuvenated and healthier. It’s no wonder it has been used to treat flatulence and indigestion as well.

As for skin bruises and cuts, wormwood has also shown success in healing such problems. And while some people claimed it treated other skin issues such as eczema and acne, those claims have been exaggerated at best. Needless to say, and due to the high toxicity of the plant, it was applied in very small doses and only as a controlled medicine. So you shouldn’t use it as a self-prescribed medicine or try to ingest the leaves either fresh or dry.

Not all wormwood varieties which grow naturally in the wild have the same chemical components. Some varieties are more potent than others. So if you don’t fancy growing a plant that makes people avoid getting close to your garden, you can always find a milder and more welcoming variety. Here are the top wormwood varieties to grow.

How to Grow Wormwood

You can always grow wormwood as a repellent in your garden to keep ants and moths away. And to get the most out of this perennial herb, you’ll need to start it from seeds. Luckily, the seeds are readily available online and brick and mortar stores in your local area. Once you have the seeds, you’re ready to go.

As a hardy herb, wormwood grows easily and has a high tolerance for different types of soil, weather conditions, and companion plants. But just because the plant can handle drought and high temperatures doesn’t mean you should put it under that stress. As usual, to get the most out of your ornamental plant, you should provide ideal conditions for its growth and success.

Wormwood prefers well-drained, moderately rich, and loamy soil. It doesn’t like clay soil with its high water retention. To test the structure and tilth of the soil, clasp your hand over a fistful of the soil and see if it turns into a clump. Dense soil that compacts easily has more clay than silt or sand. To remedy that soil, mix it with perlite or vermiculite until you have the right texture. Also, make sure the soil pH is between 5.5 to 7.5. Although the herb can grow in just about any soil pH, you should adjust the soil to make it as neutral or slightly acidic as possible.

To get that lush green foliage that wormwood is famous for, you need to grow it in partial shade. Exposure of full sun can burn the leaves and make the stems wilt. If you’re growing the herb in a container, keep it on a window sill facing the west or south but draw a curtain in the afternoon to filter the light coming in. This is especially true if you live in a warm zone where the sun shines for long hours during the growing seasons. Between the fall and the spring, the herb doesn’t require as many hours of sunlight every day.

If there’s one takeaway to keep in mind about the watering needs of wormwood, it’s that it favors dryish soil over damp one. You don’t need to keep the soil moist. In fact, you should let the topsoil dry out before you water it again. During the growing cycles in the spring and summer, you’ll need to give the plants about 16 gallons of water every week. But once they’ve established, they will need less water since the deep roots can get the moisture from the soil. Too much water can lead to yellowing leaves and wilting stalks.

Not only are wormwood herbs immune to regular pests and bugs, they actually chase them away from the garden. This is why people grow this aromatic herb near veggies to keep insects away. Wildlife also steers clear from a garden where this herb is growing.

As for diseases, you need to watch out for powdery mildew, downy mildew, and white rust. Remove any infected plants to prevent the spread of the diseases to the rest of the patch. High humidity and poor ventilation are responsible for most of these fungal infections. So space the plants out and keep watering to a minimum in humid conditions.

As we mention wormwood is highly toxic. This is why when it was used for medicinal purposes it was applied in tiny doses. The herb is toxic both for humans and animals so your cat and dog are as much at risk as you. Keep in mind that you don’t have to ingest the herb to show symptoms of toxicity. If the leaves come in contact with the skin, it could lead to skin rashes and hives. Ingesting the herb even in small quantities could lead to nausea, vomiting, stomach pain, low blood pressure, coma, and in severe cases, it could lead to death. So always wear protective gloves and eye gear when handling the herb. Also, install a fence around the wormwood patch to keep children and pets away from it.

Wormwood herbs become ready to harvest only after they have established. This usually takes about two years. Before reaching maturity, the plants are not strong enough, and harvesting the leaves and stems could put them under a lot of stress. Always wear gloves and use sharp scissors to harvest the leaves. If you’re using the leaves to make insect spray, then gather the leaves near the base of the plant. They are more mature and packed with oil. 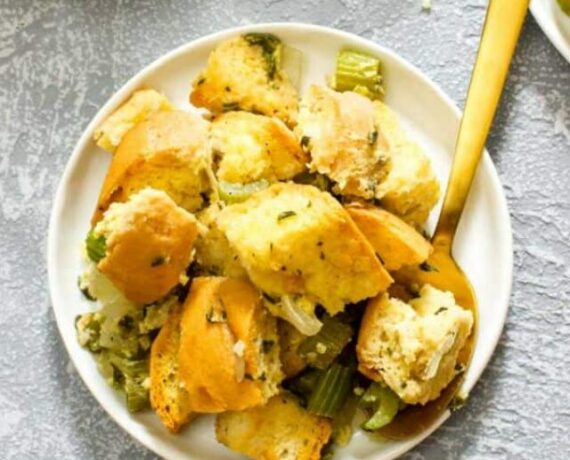 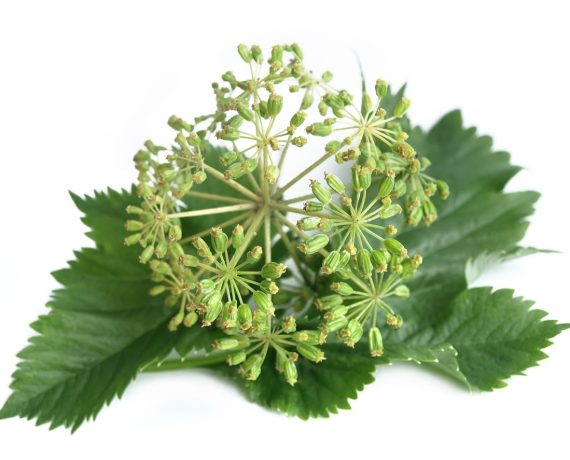 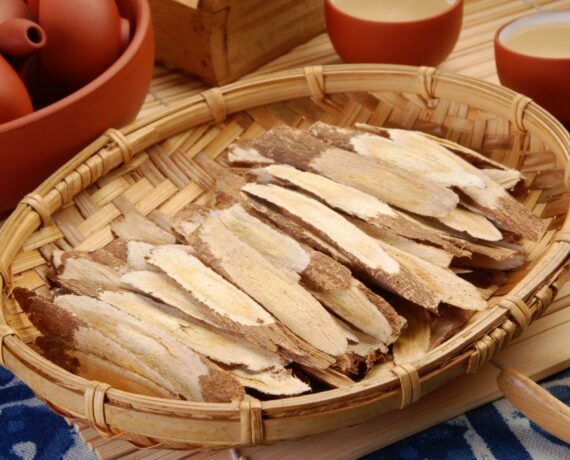 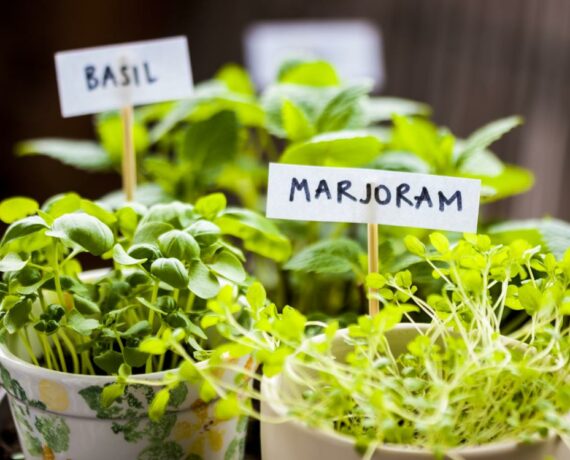