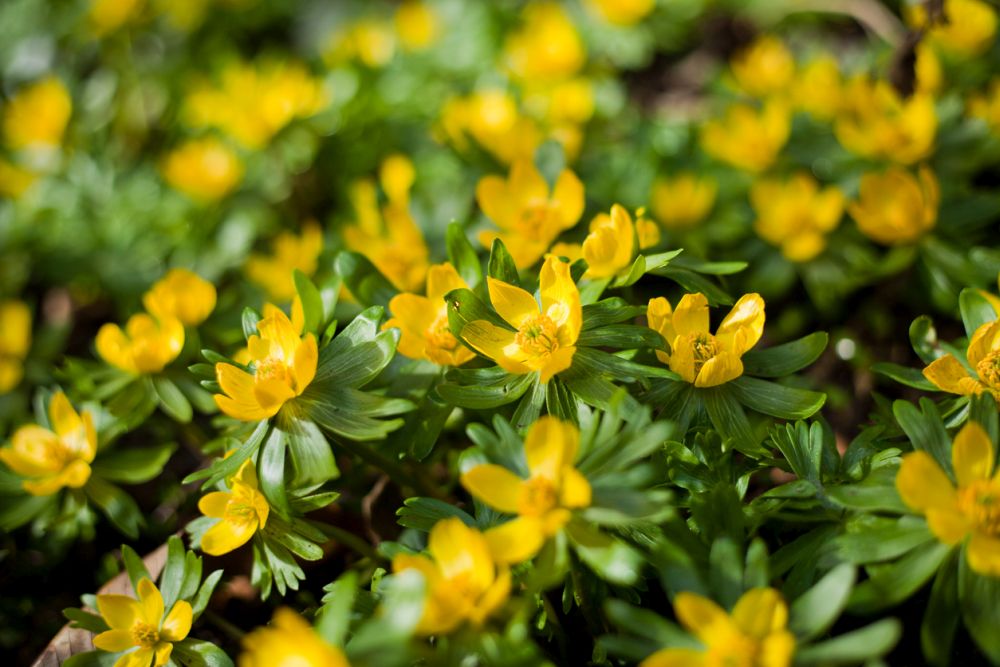 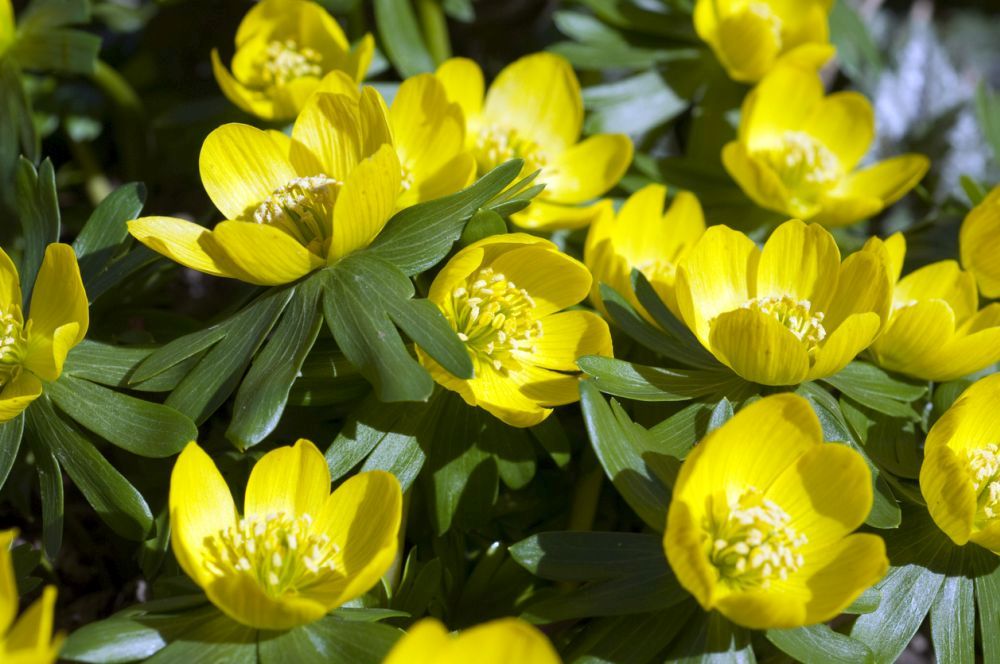 Winter aconite is one of those often ignored bulbs with short stature. Despite the bright yellow flowers, the blooms are just too small for anyone to notice among a sea of daisies and tulips swaying in the garden. But just because it’s tiny, that doesn’t mean you should overlook this powerful plant. Greek history is full of intrigue and plots where the winter aconite played a major role. 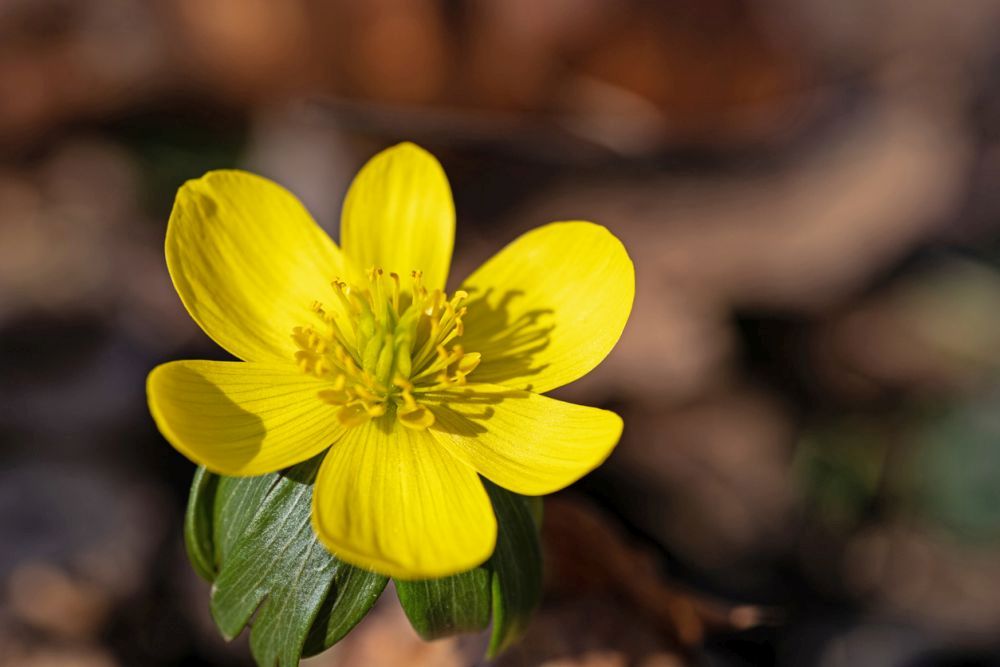 Even in China, this flower still has a respected place in traditional medicine where its powerful toxins can be diluted and mixed with other ingredients to treat everything from the flu to pneumonia and asthma. But growing in your garden, the potent winter aconite has an innocent demeanor, and you can grow them along borders and sidewalks to improve your yard decor.

With their toxicity in mind, here’s everything you need to know about winter aconite plants and how to grow them and care for them in your garden.

All about Winter Aconite

Winter aconite (Eranthis hyemalis) is a member of the Ranunculaceae family. It is one of those dwarfish plants that have a deceptive appearance. Although the plant doesn’t grow more than 6 inches above the ground, it’s a perennial that can handle the harsh winters of zones 3 all the way to 7.

This low profile makes it ideal as a floor cover plant that spreads out and carpets the garden with its dark green and tiny leaves. This green magic starts to appear in mid-February. A late winter grower, first the green bracts of the flowers emerge, forming a tiny circle. When you take a closer look at them, you’ll notice how deeply loved they are. They also have deep white veins intersecting the green surface.

Once the bract reaches about 6 inches tall and 4 inches wide, it’s time for the flowers to emerge. That’s the showstopper right there. A small yellow cup of 6 petals brightens the garden at a time when all other plants are dormant. The petals are less than one inch in length, and in some varieties, you could have up to 8 petals in a single flower.

The wonderful show lasts for a couple of weeks or longer, depending on the weather. They usually open up when the sun is out, and the weather is warm and close under an overcast sky. After the flowers fade and are replaced by tiny pods of seeds, only then would the leaves emerge. When summer finally arrives, the leaves wither and fall, and the winter aconite goes dormant until next February.

As a large family, aconites come in different shapes and sizes. One of them is winter aconite which is the topic of this article. But there are more formidable members of the family that make a more durable impression than the fleeting and diminutive winter aconite. Here are some of those varieties.

How to Grow Winter Aconite

Now that the first part of the process is completed successfully, you should have a carpet of green and yellow colors covering your garden. You shouldn’t have any trouble with the seeds since the germination rate of winter aconite is remarkably high. But now comes the hard work of keeping those small plants happy.

We already mentioned that winter aconite was not like many other plants. And the type of soil it prefers is just another peculiarity of this perennial. Although it can grow in just about any soil you throw the seeds in, it seems to thrive in particularly alkaline soil. The soil also needs to be constantly moist but well-drained. That rules out clay or predominantly silt soil types. Add as much organic material to the soil as you can since it favors rich soil. However, avoid adding materials that increase the acidity of the soil, such as rotten leaves. Instead, increase the hummus concentrations in the soil to bring it up to the levels this aconite is used to.

Sunlight is crucial for the success of winter aconite. The bright yellow flowers will not open up unless they’re kissed by the sun. If a cloud passes in front of the sun and stays for a while, the shy flowers will close down. So you should make sure that whatever spot you choose for these perennials gets plenty of sunlight in February and March of every year. Although you can still grow the aconite in dappled light or partial shade, the yellow and green spectacle it will create on your garden floor will not be the same as when it gets the full late winter sun.

Moist soil is the secret to the continuous success of perennial winter aconite. It needs enough water to keep the soil moist but not wet. So when watering it, don’t pour the 2 inches of water a week in one go. Instead, you should pace and divide it into three irrigations a week depending on how hot and dry the weather is in your zone. If there’s rainfall or the soil doesn’t dry out fast, you can cut back the water rations to about one inch a week. But if it requires more water, you can bring it up to 3 inches.

The first dumping of organic compost and aged manure that you do before seeding winter aconite is usually enough to support the plant’s short flourish. As a small plant, it doesn’t need more nutrients than what’s already in the rich soil. That said, you still need to replenish these goodies every year in the late winter. Just before the plant comes out of its dormancy, add some organic material to the soil before you water it.

Winter aconite is famous for its high toxicity. Even though it’s used in traditional medicine, it is said that if the measurements of cardiac glycosides, the active ingredient in the plant, go slightly wrong, the medical concoction could cause serious damage to the heart of the patient. This should give you an idea of what kind of plant you’re dealing with. You should protect the area where you plant winter aconite from access for children and pets alike. If ingested, it causes a wide variety of symptoms that range from stomachaches to nausea, vomiting, and blurred vision. When consumed in large quantities, it could cause a heart attack. In cases of winter aconite poisoning, you should seek immediate medical help. And don’t under any circumstances use the blooms to make floral arrangements or keep them within reach of children.