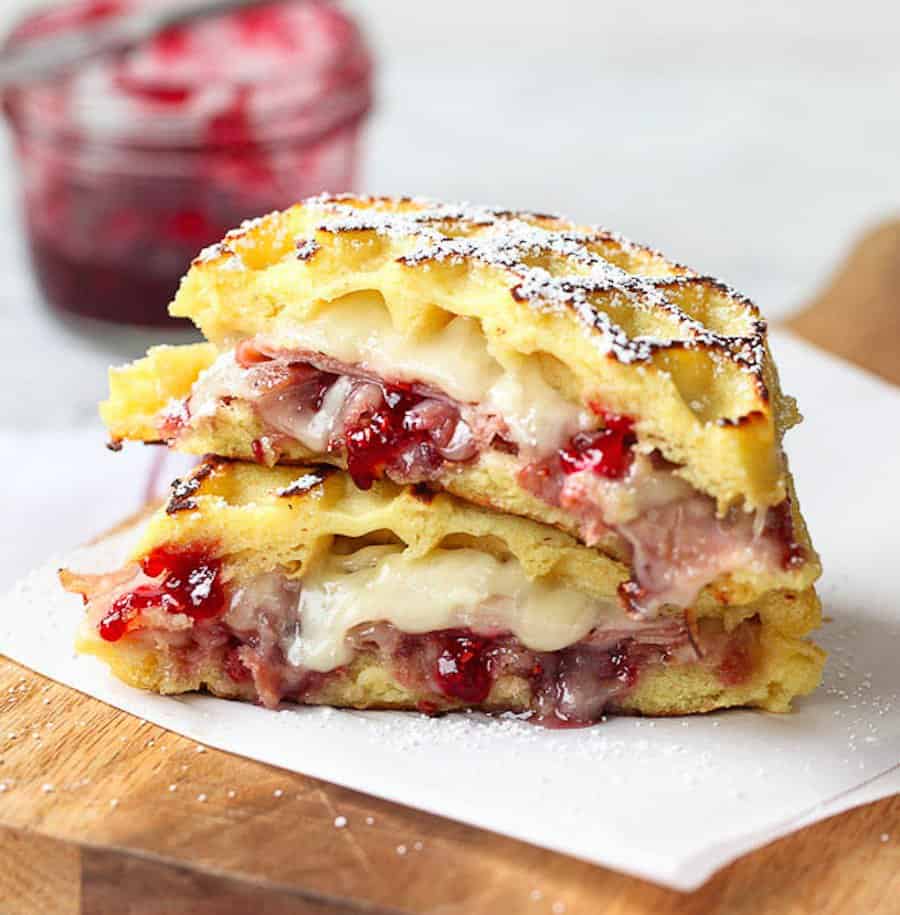 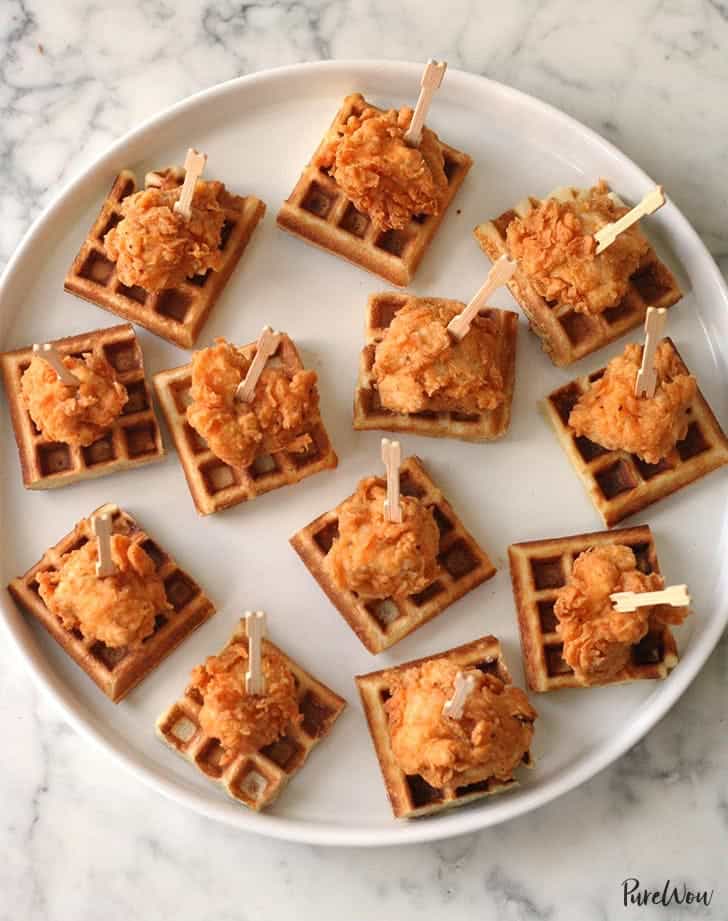 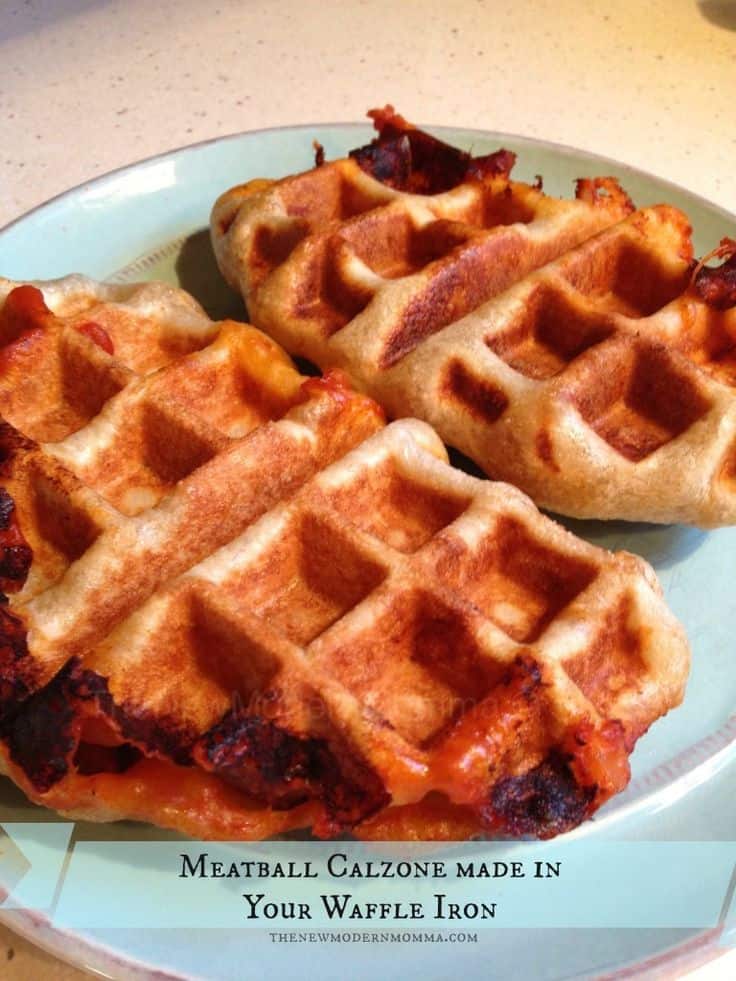 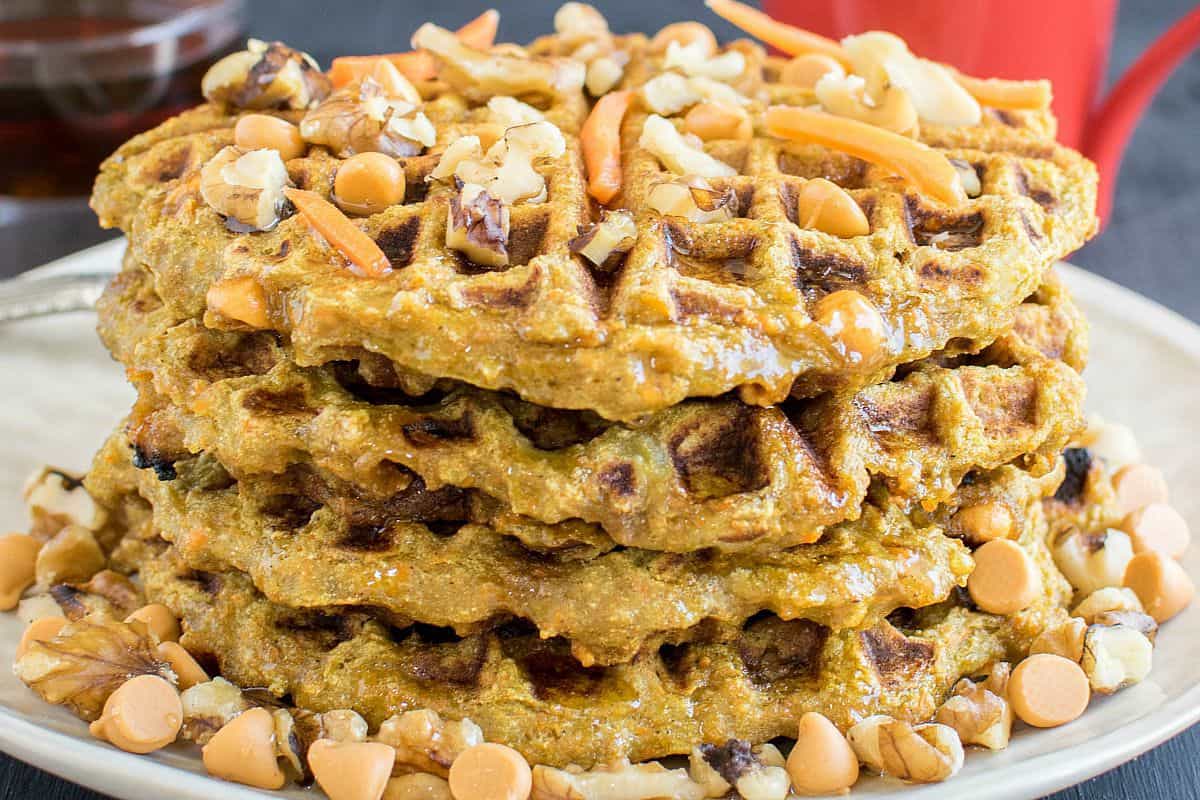 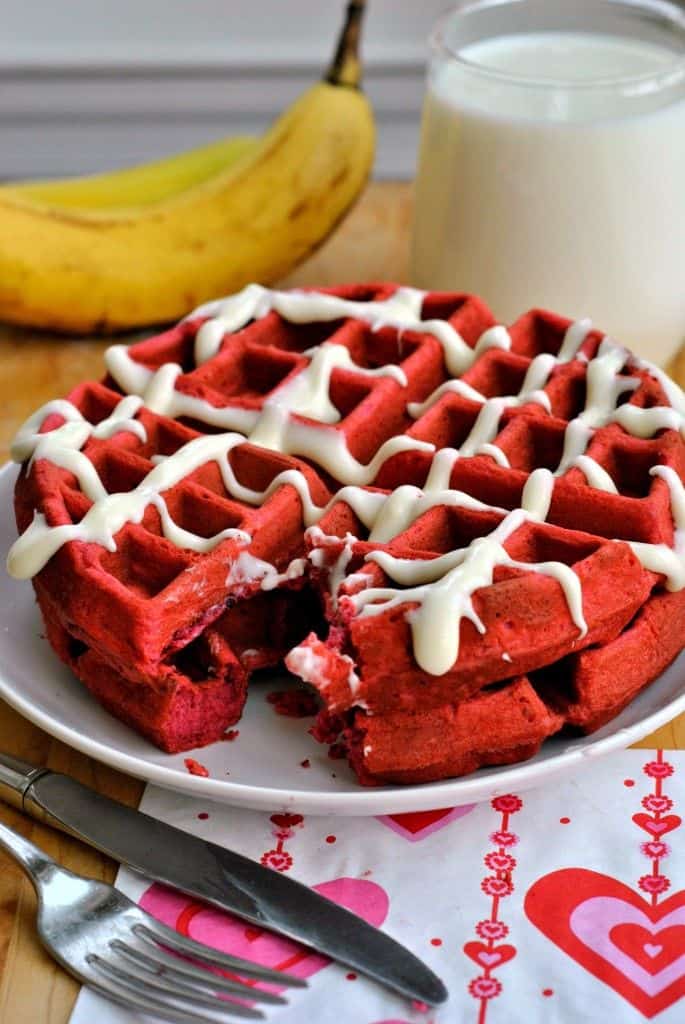 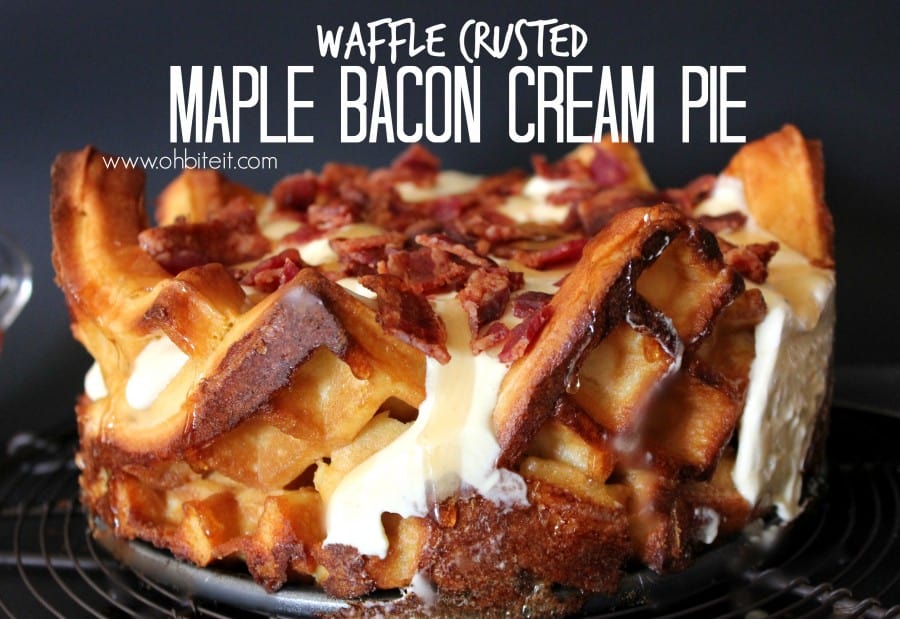 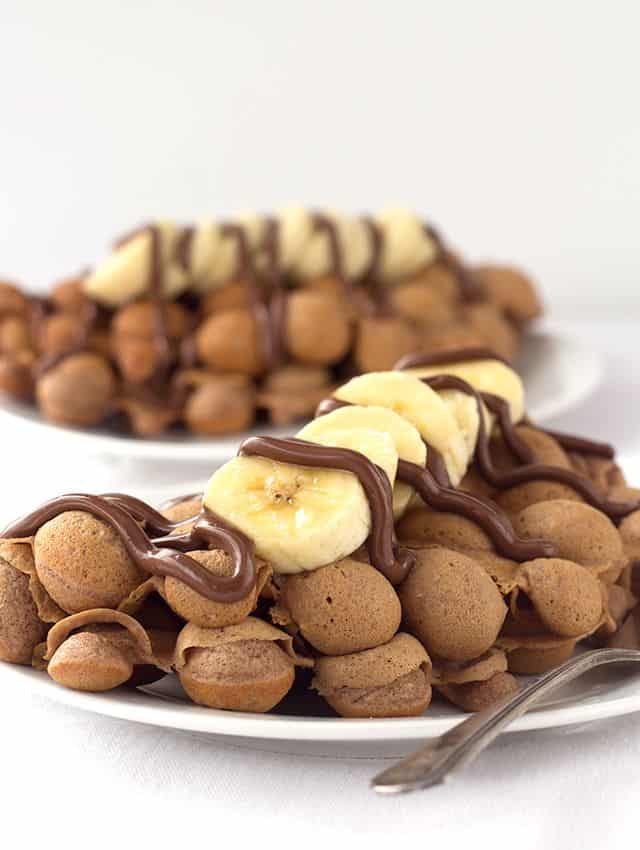 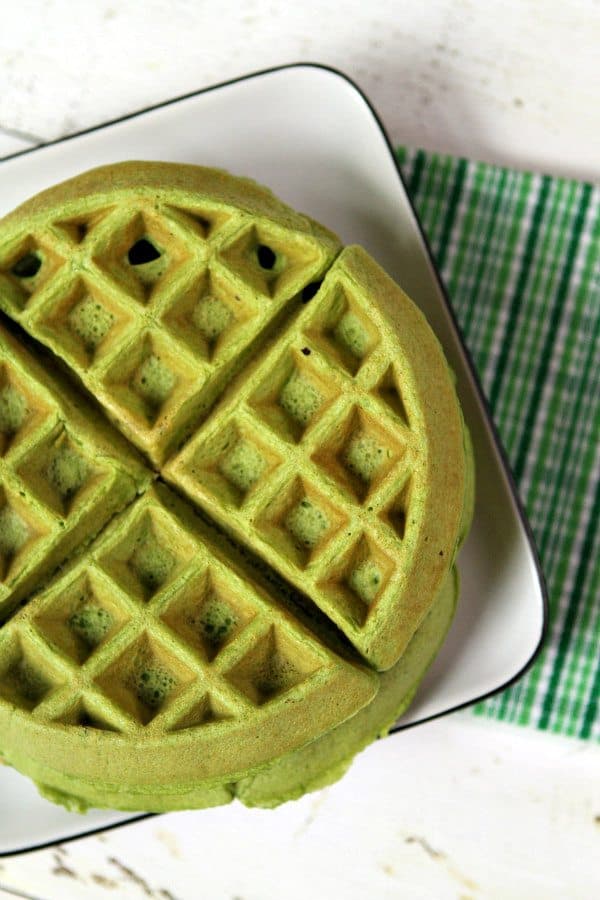 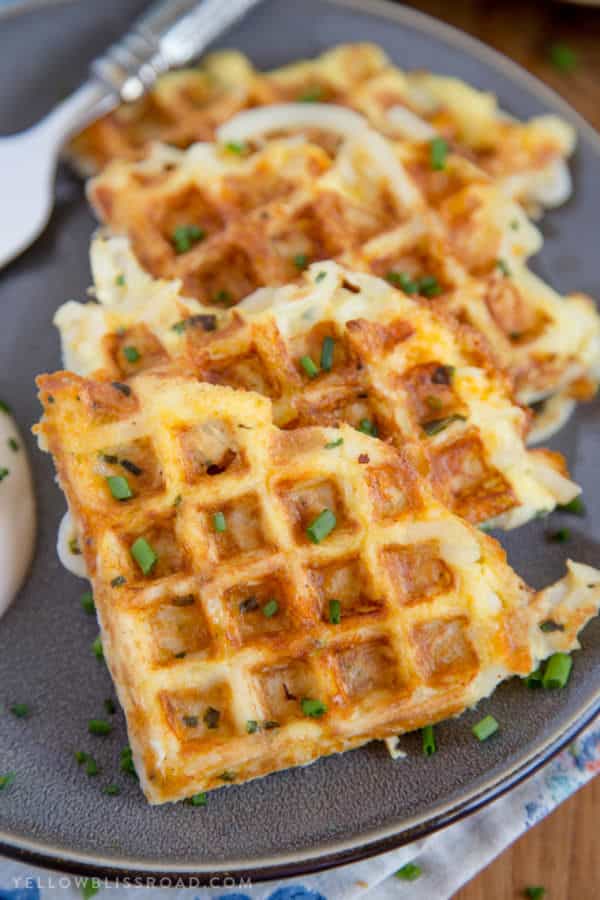 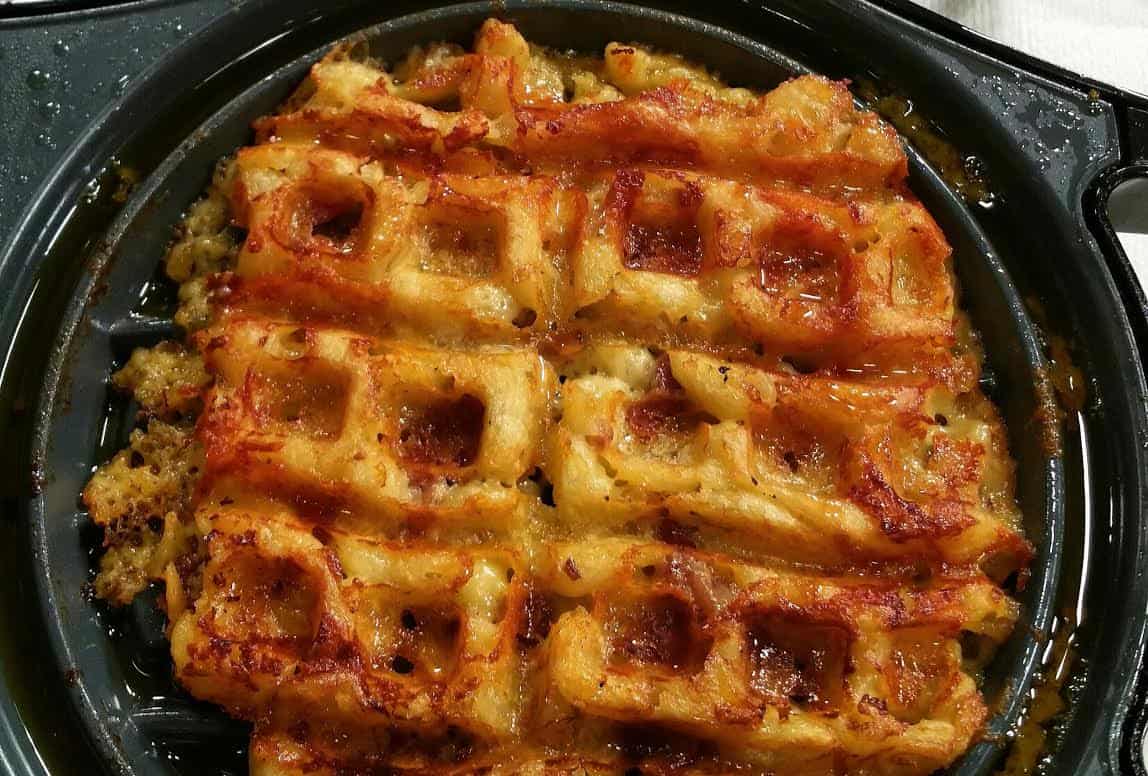 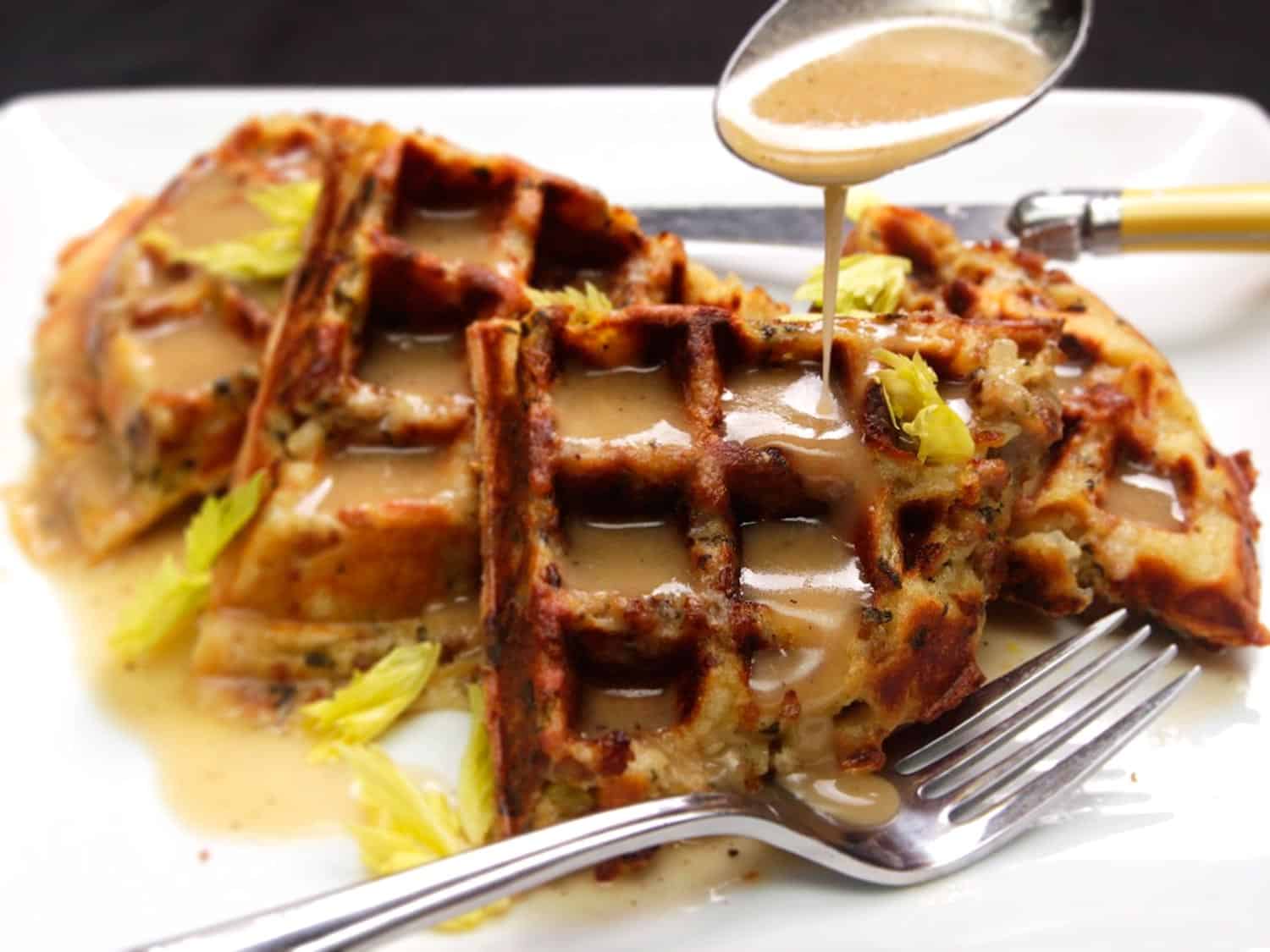 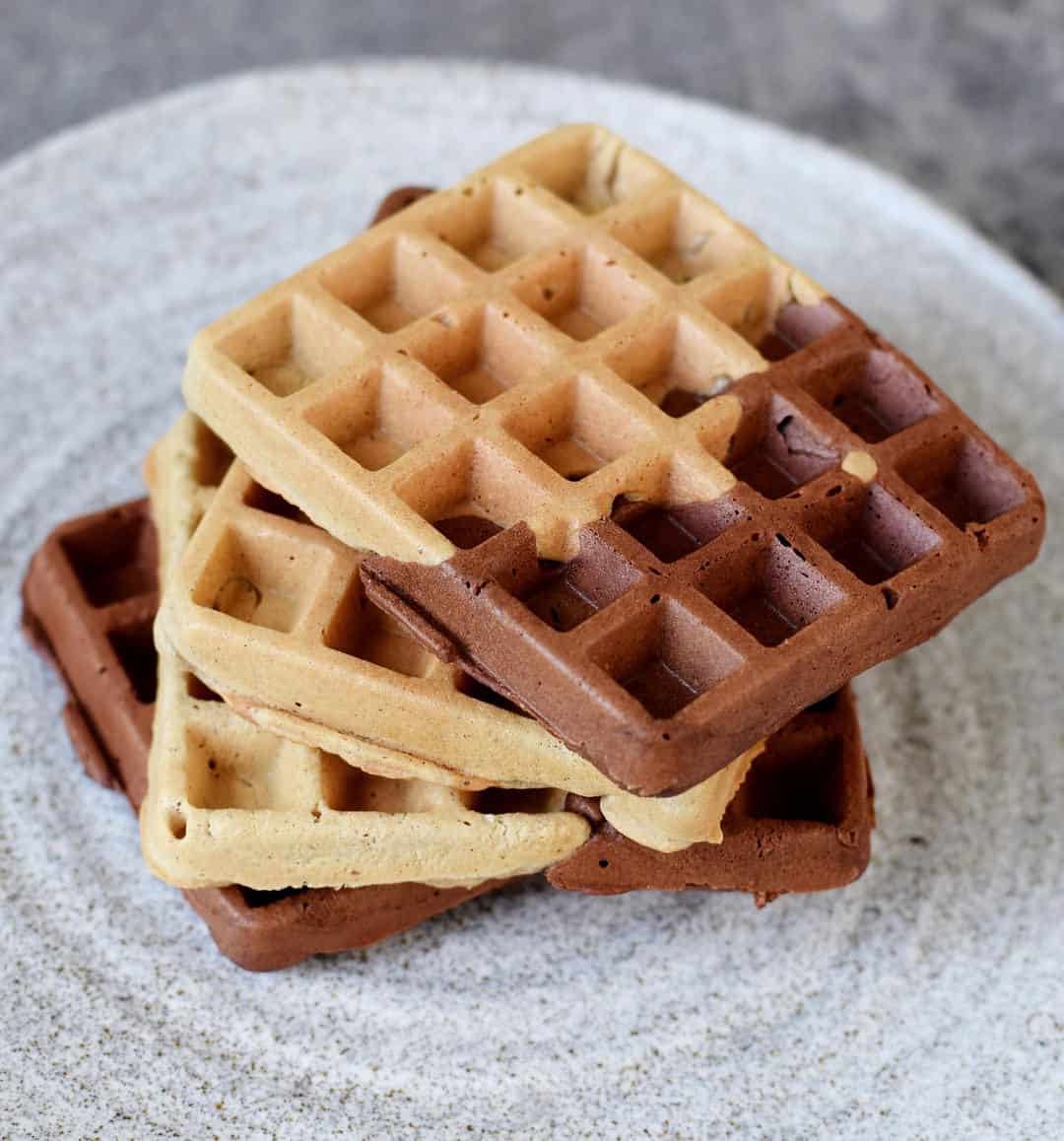 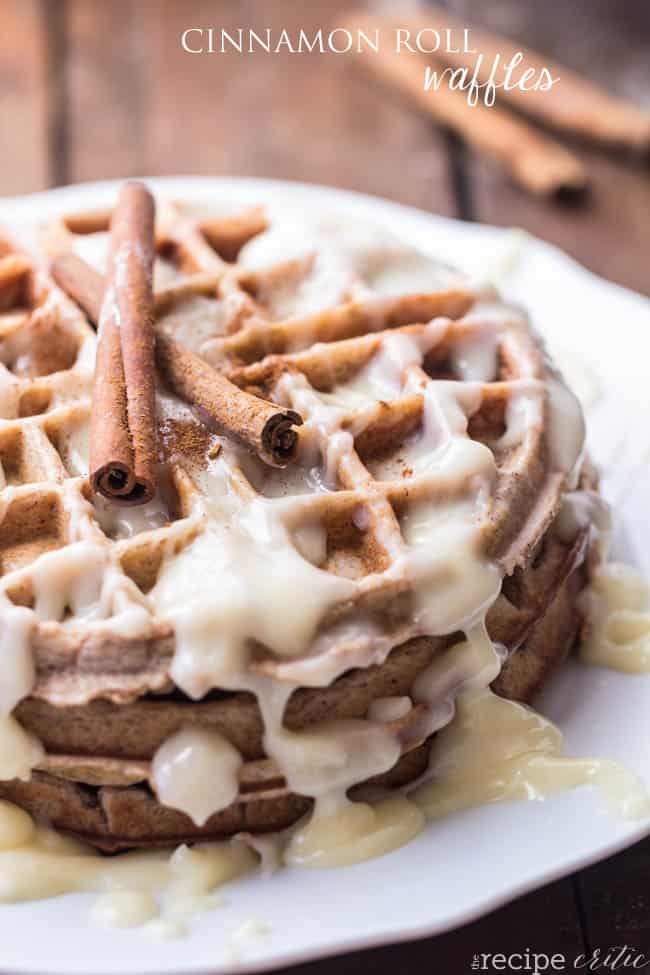 Ever since we were little kids, waffles have been one of our very favourite breakfast foods. There’s just something so delicious about the soft, warm dough they’re made out of and they way the sweet syrup falls into the grooves, mixing with the melted butter in a totally delicious way. Sometimes, though, we think that no matter how much we love our favourite thing, it’s still nice to change things up a bit every once in a while! That’s why we’re still always looking for new awesome waffle recipes to try that let us get a little more creative at the breakfast table.

Just in case you love waffles as much as we do, if not more, here’s a list of 15 of the best recipes we’ve found so far to keep you entertained on special mornings!

If you’ve ever had a Monte Cristo sandwich then you already know how incredibly delicious the whole concept is. Now, imagine that very sandwich in terms of the toppings, but instead of placing it all between two pieces of bread, you’re building the sandwich on two waffles! This Monte Cristo waffle recipe from Foodie Crush is so good we’d almost call it decadent.

Churros are one of those things that just about everyone loves, no matter how you serve them. We’ve tried all kinds of churro recipes (in fact, we could basically write a whole separate post just about those), but this one from Chef in Training that fuses churros with waffles to make deliciously sugary icing dippers is undoubtedly one of our very favourites! Try dipping it in simple icing sugar mixed icing or maybe even cream cheese icing.

Chicken and waffles is a classic dinner dish in some places and in other places people prefer to eat it for breakfast. Either way, who doesn’t love trying to make one of their favourite regular meals in miniature so it can be an appetizer? Pure Wow shows you how to make miniature waffle sections and bite-sized chicken pieces, one of each per skewer, and serve them up as an awesome snack.

We’ve had sour cream waffles before and absolutely loved them. There are plenty of recipes out there that show you how to make a creamier dough by mixing sour cream right in before you put the mi into the waffle iron. What we hadn’t tried, until we found this recipe of course, was a sour cream and lemon waffle, but we were very glad we did once we’d made them! Dinner At The Zoo shows you how they’re done. Serve them with butter, more lemon juice, whipped cream, or eat them plain because they’re already so flavourful!

Were you very intrigued by the idea of making a sandwich that involved replacing the bread with waffles, but you’ve just never quite been enough of a Monte Cristo fan to try that recipe? In that case, maybe you’d prefer to try a waffle sandwiched calzone instead! The New modern Momma shows you how to make a warm, cheese filled meatball calzone that you can heat right in your waffle iron along with the waffles.

Have you been looking for a healthier style of waffle for a while now but you still really want to make sure it has delicious flavour because, let’s be honest, waffles are kind of a treat? This recipe from One Green Planet is made with carrot and millet, giving it a bit of extra nutritional value, but it’s also made with butterscotch chips to keep it tasting awesome.

We remember when the red velvet treats trend hit hard a few years ago and suddenly there was a red velvet version of just about every kind of food out there. We liked it so much, however, that we couldn’t even be upset! Given that we like it so much, it’s a little weird that it took us so long to find a red velvet waffle recipe, but now that we have one, we eat it all the time! Go Eat and Repeat shows you how to make a delicious icing drizzle to go with it!

If you’re going to shake up your very favourite treat breakfast, do ou want to do it in a way that really puts a crazy spin on things? In that case, we think we’ve found the ultimate recipe for you. Oh, Bite It! teaches you the steps for making a cream pie right there on top of your waffle, but that’s not even the craziest part. Besides the cream and the maple syrup in this individual little “pie”, they also suggest adding bacon!

When you go out of your way to try and find recipes that shake up one of your family’s favourite things, do you look for ones that also look a little bit different above and beyond tasting unique? In that case, we think your kids will get a kick out of these bubbled waffles from Cookie Dough and Oven Mitt! Besides having a cool bubbly texture that’s fun to bite into, these waffles taste like delicious chocolate hazelnut goodness because they’re made with Nutella.

On most mornings that you’re not treating yourself to fancy waffles, would you usually make yourself a deliciously refreshing smoothie? Some days we love fruit smoothies but other days we try to keep things extra healthy and make it a green smoothie instead. Well, what if we told you that, in yet another cool fusion recipe, you could combine that healthy smoothie with your favourite waffle breakfast? It might sound far out, but Recipe Girl shows you precisely how it’s done!

Maybe you’re really just looking for something that you can eat with your waffles, but that is also a food you can make right in the waffle maker, just to make your cooking process a little bit easier? In that case, we’d suggest giving these awesome waffle maker hash browns a try! Just A Taste shows you how putting them in the waffle maker cooks them until they’re perfectly golden and crispy on the outside of a potato patty and still soft in the middle rather than getting crunchy.

Okay, we know this one isn’t really a waffle recipe itself, but that doesn’t mean it’s not still a totally cool idea for waffle lovers to try making! This mac and cheese recipe from Chef Troy is so good that we actually make it in real life more than we should ever admit. Besides the fact that their tutorial shows you how to grill the mac and cheese into a waffle, their actual recipe is quite delicious as well.

Are you still quite intrigued by the idea of making other foods into waffles by cooking them in the waffle maker, but you still haven’t quite found the recipe that calls your name? In that case, since it’s fall right now, check out this turkey dinner waffle recipe idea made from stuffing! Serious Eats shows you how to make the stuffing, waffle-ize it, and smother it in gravy to make it extra delicious.

On some lists that outline how to make different delicious breakfast treats, it can be hard to find recipes that account for different dietary restrictions. We know, however, that these delicious marbled waffles from Elavegan are both gluten free and vegan, making them a really versatile tutorial to keep in your arsenal of ideas for later, since anyone in your family will be able to eat them.

We’ve shown you some pretty crazy recipes at this point, and we’ve even shown you some cool fusion recipes that combine waffles with other things. This one, however, might take the cake when it comes to decadence! The Recipe Critic shows you how to make cinnamon waffles smothered in a sweet icing drizzle, all design to taste like your favourite cinnamon rolls but to be easily made in your waffle maker with minimal hassle.

Do you know a fellow DIY enthusiast who’s particularly adept in the kitchen and loves waffles more than just about anything else in the world? Then share this post with them to help them find creative new ways to enjoy their favourite thing!

The 15 Best Waffle-Makers For Home