Urban meadows are a gardener’s best option to add some beauty to a barren urban landscape. If the love of nature is deeply rooted in your heart but you live in an urban or suburban setting where the only flower you’ll see is the one painted on the side of the feeder bus, you need not despair. You can still grow a lively meadow in the most unlikely of places, in the heart of a concrete and steel jungle. 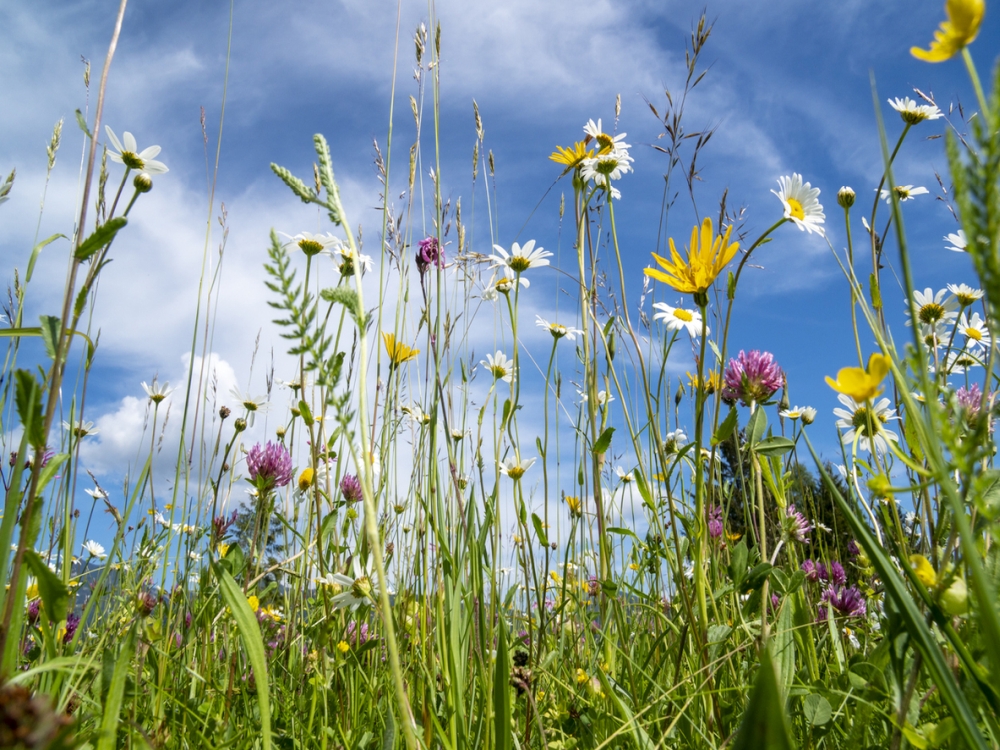 The size and scope of the urban meadow you have in mind depend on many factors. An urban meadow in a garden bed for example doesn’t require the same resources and planning as a large urban meadow for the whole community. But for the most part, the design concepts and even the plants you grow in the meadow are usually the same.

What are Urban Meadows?

An urban meadow is an oasis in a busy city. It’s a place for the butterflies to roam and local birds to congregate. It’s not just another green space because a manicured lawn fed with chemical fertilizers is also green space. An urban meadow on the other hand is a piece of nature where native flora grows and native fauna finds refuge from the urban jungle.

“Native” is the operative word here. When designing your urban meadow, make sure to plant local species that grow naturally in your zone. This encourages animals, birds, and insects to flock to the meadow and start a healthy ecosystem. That’s the main difference between an urban meadow and a regular garden. You’re not just creating a green space, you’re designing a natural habitat that would have probably existed if not for the urban development and agricultural encroachments.

Another aspect that sets an urban meadow apart from your average lawn or garden is that you try to use natural components and recycled elements as much as you can. This means fewer plastic items, pesticides, and chemical fertilizers in favor of organic compost, hay bales, and sustainable elements. The more “natural” urban meadows look, the more they thrive and fill with wildlife.

The very concept of urban meadows implies a return to nature. You’re creating a slice of nature in your home or community to take a break from the busy life in a condensed urban environment. This slice is more complex and seasonally variable than a lawn or a park. Here are some of the main benefits of urban meadows.

The success of urban meadows doesn’t just hang on what you grow in them but also how you design them. If left to their own devices, urban meadows will turn into an overgrown abandoned field where weeds and grass grow in abundance. And that defeats the whole purpose of having an aesthetically rich and authentic slice of nature in your community. Here are the key design elements to keep in mind.

How to Grow Urban Meadows

When designing urban meadows, you need to keep in mind who the target audience is. If you’re growing on in your garden, then you’ll have more liberty to “personalize” the meadow and create it to your own liking. But designing a large urban meadow for the whole community is a different matter and chances are you’ll need to put your personal preferences as to what goes where in the meadow on the back shelf.

Urban Meadow in the Garden

Starting urban meadows in a garden bed is not much different than growing any other plant in your garden. You’ll still take care of watering, feeding, and weeding to keep the meadow thriving. But that’s as far as the similarities go. Here’s how to start the meadow in your garden in easy steps.

A small urban meadow requires less maintenance than one growing in your garden. You’ll allow nature to take its course and let the plants ebb and flow one year after another. Most likely you’ll want to grow this small urban meadow in an empty space near the building where you live. Here’s how to go about it.

Community urban meadows are more elaborate affairs. They usually involve more than one person doing the planning and design and they cover larger areas than the other two types. Here are a few guidelines to consider.

10 Ways to Kill Weeds in Sidewalks and Patios