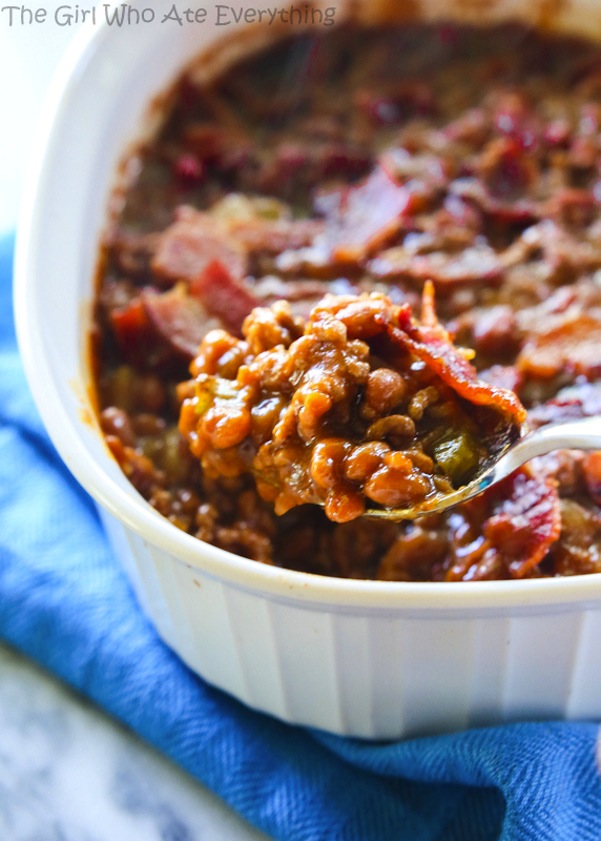 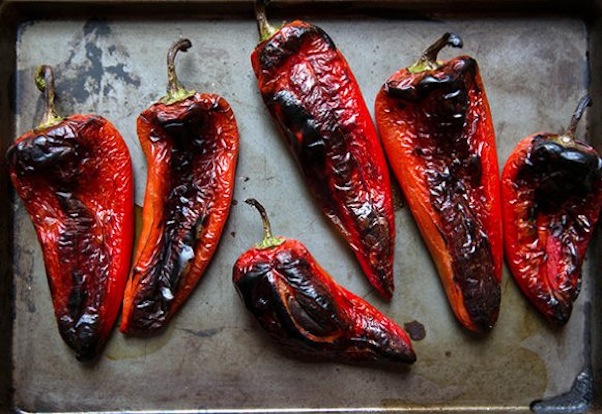 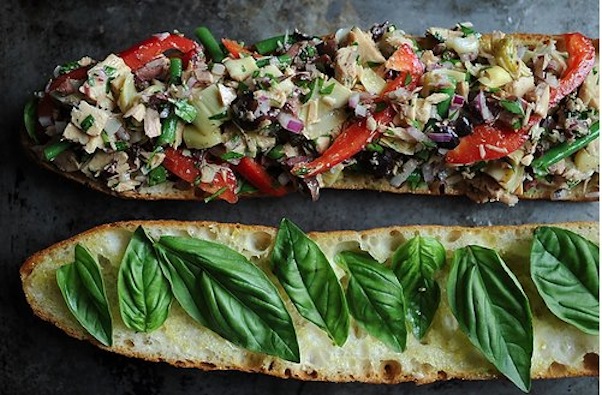 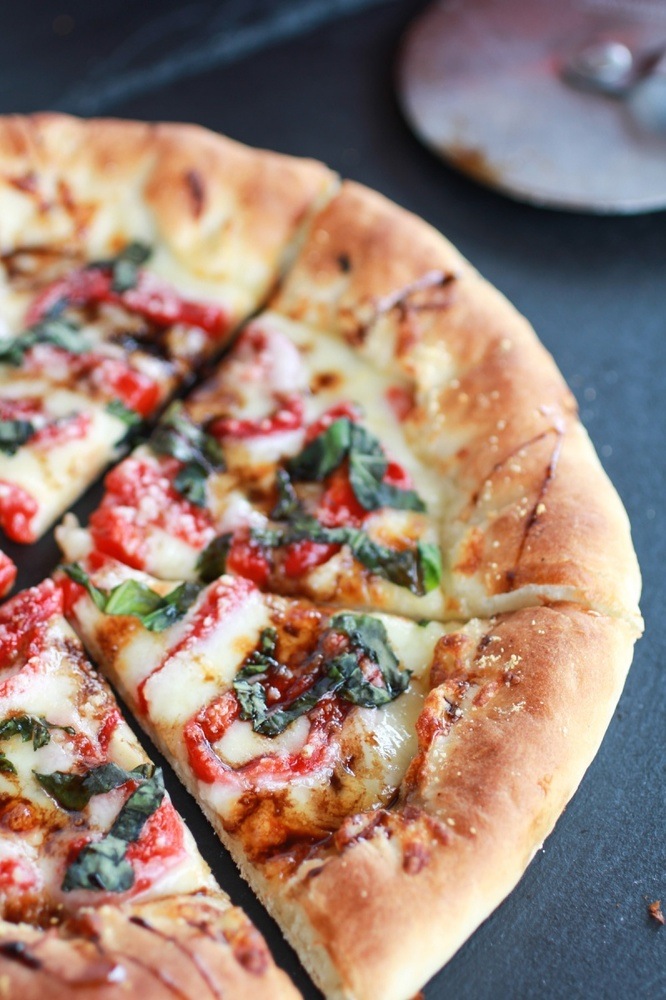 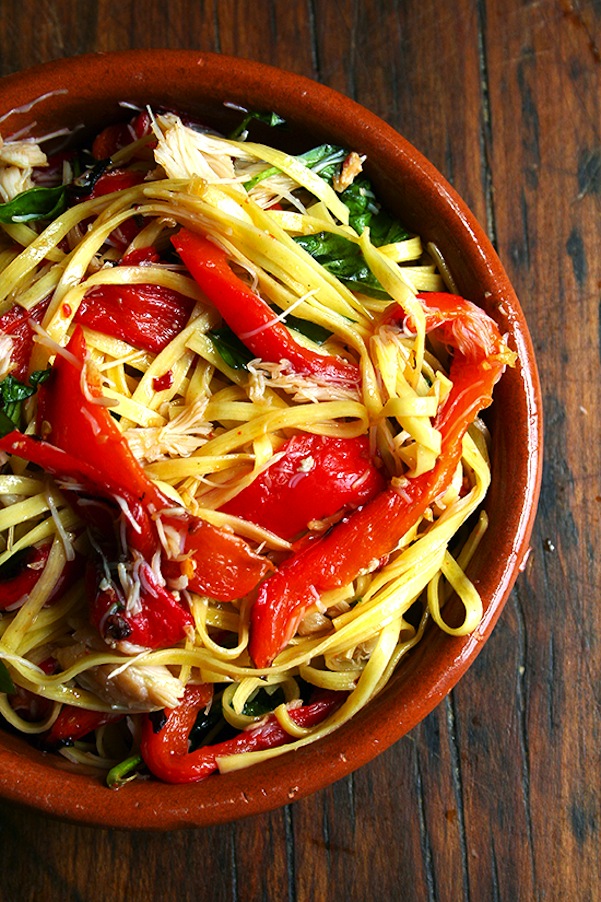 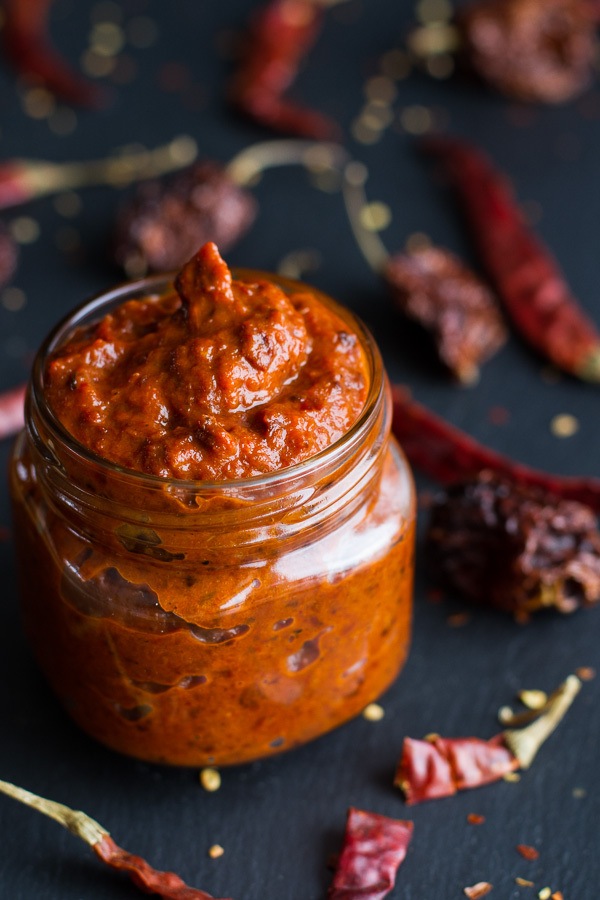 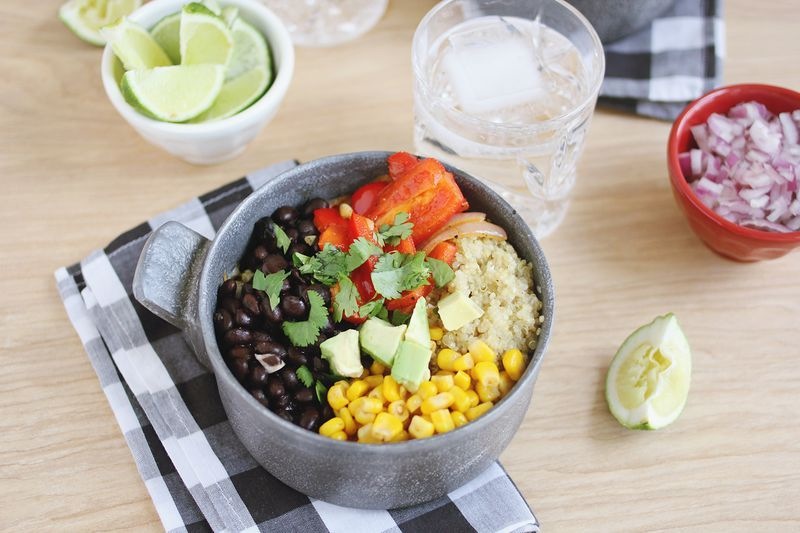 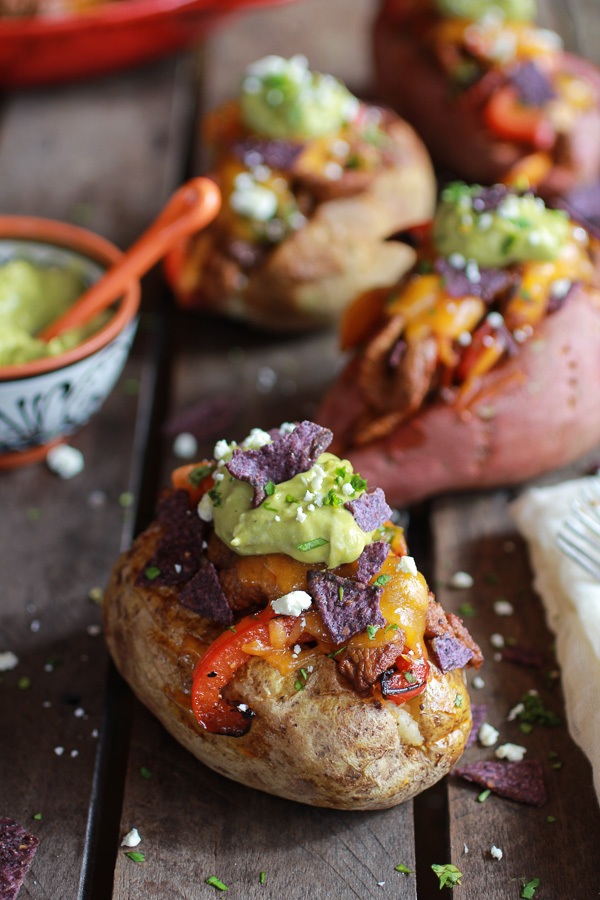 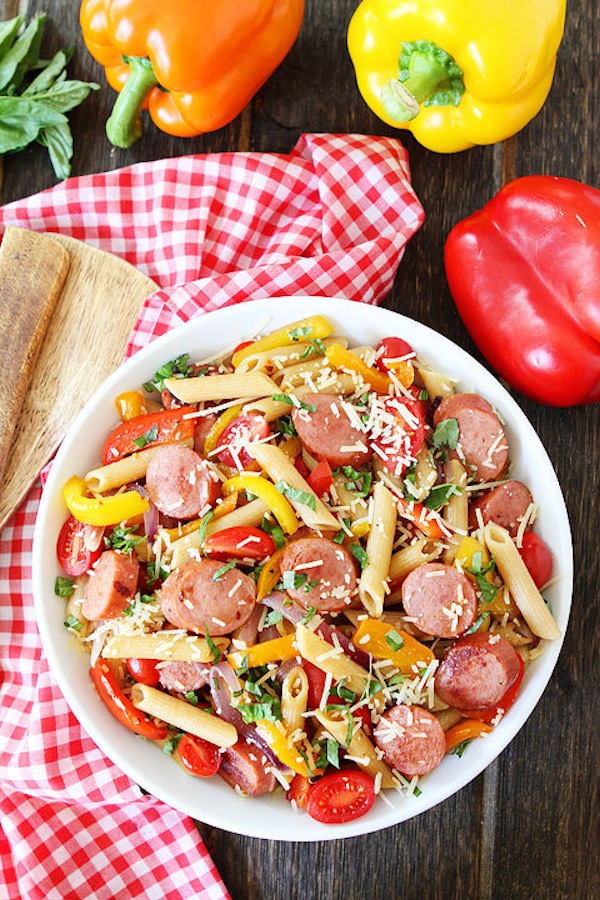 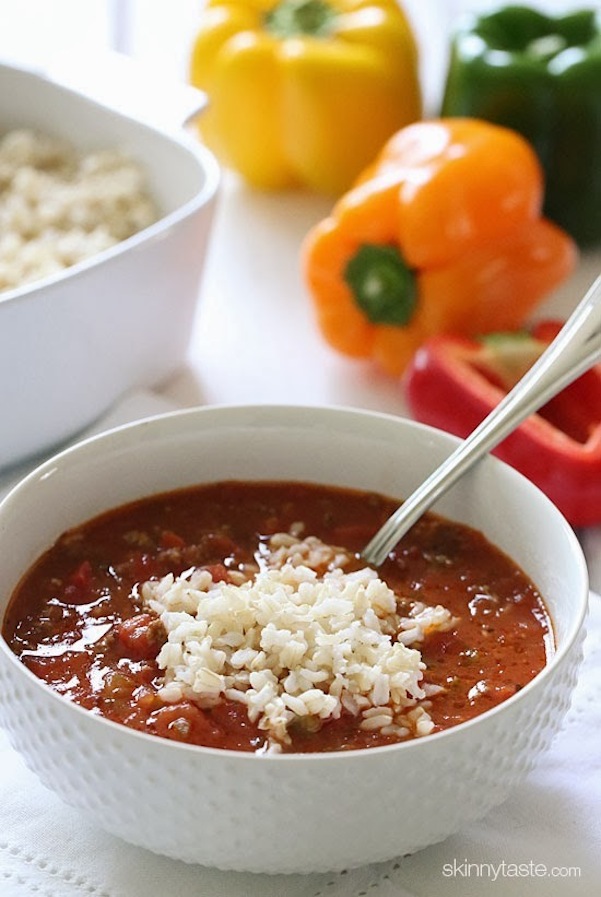 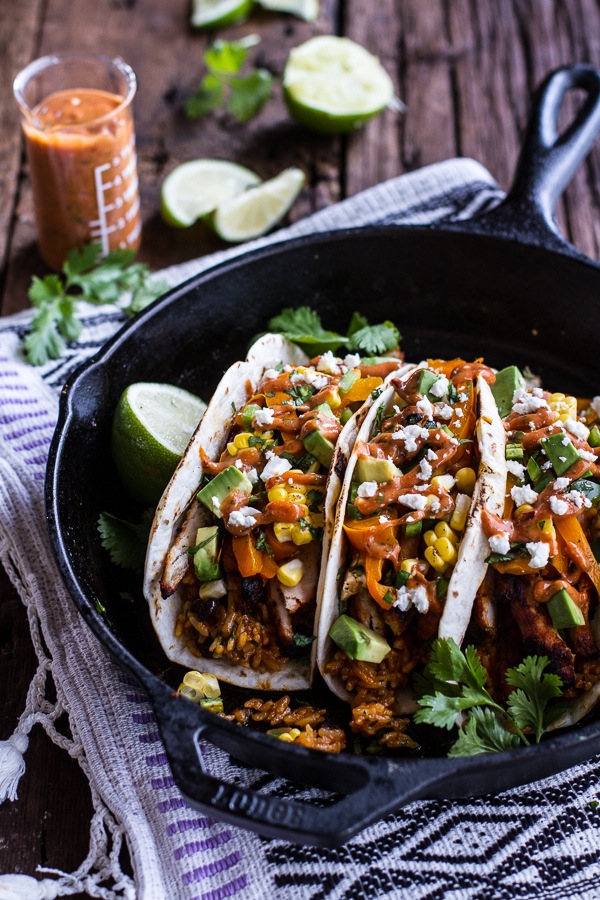 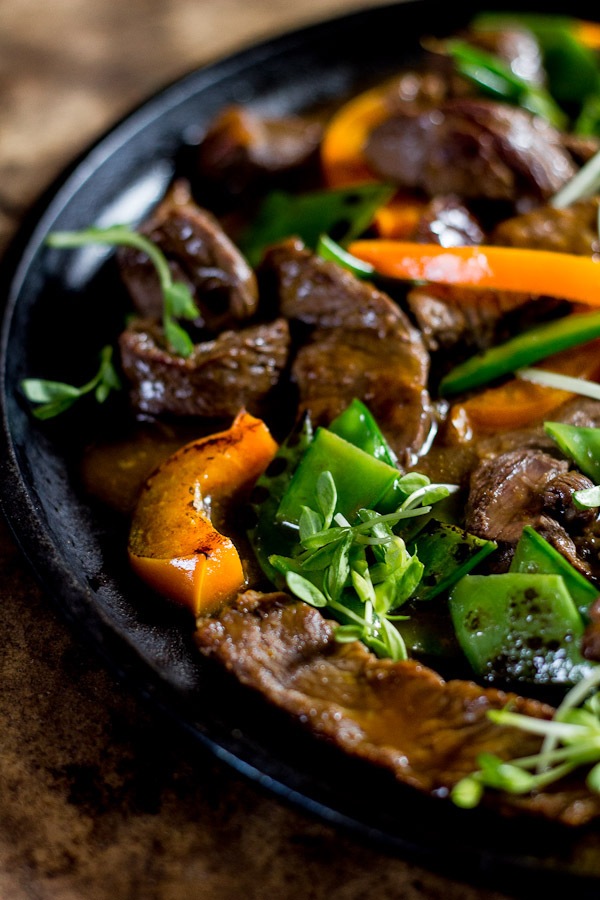 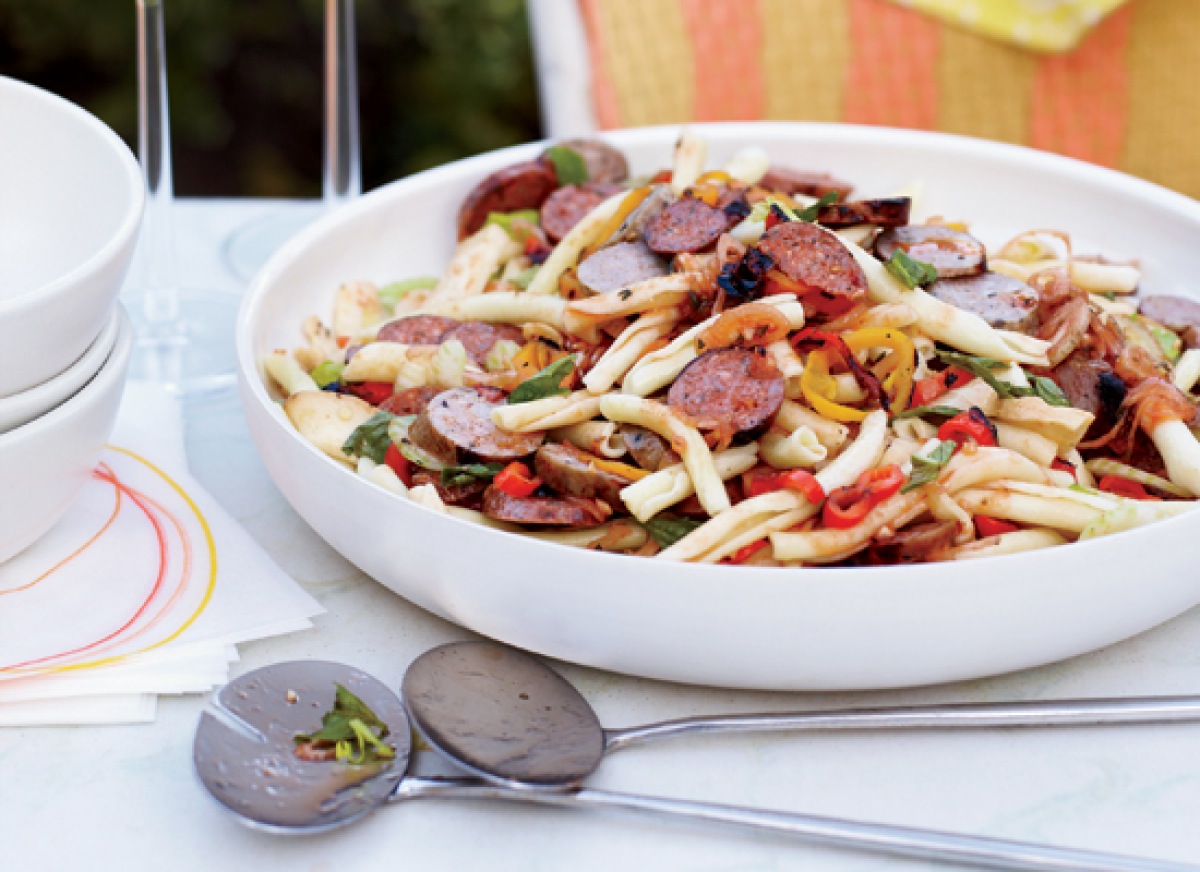 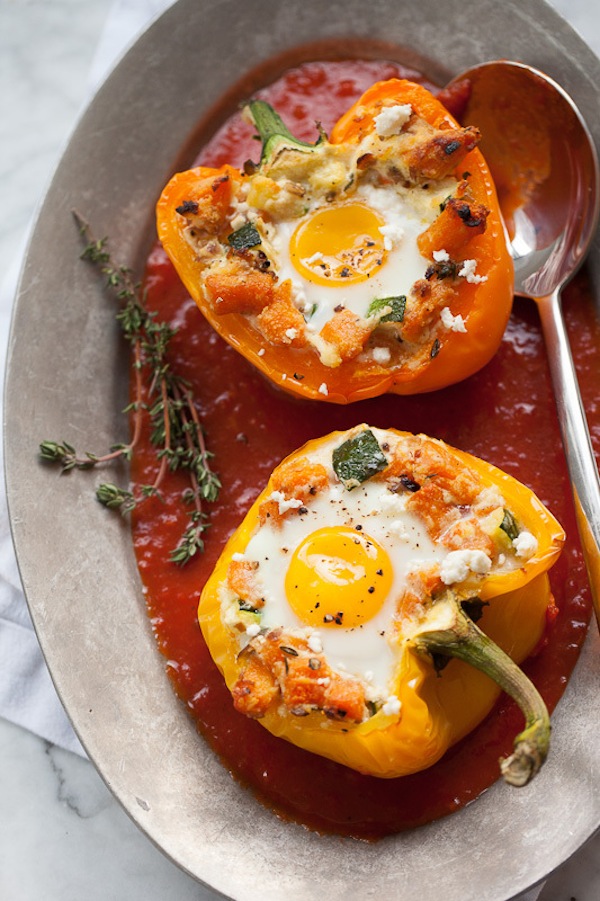 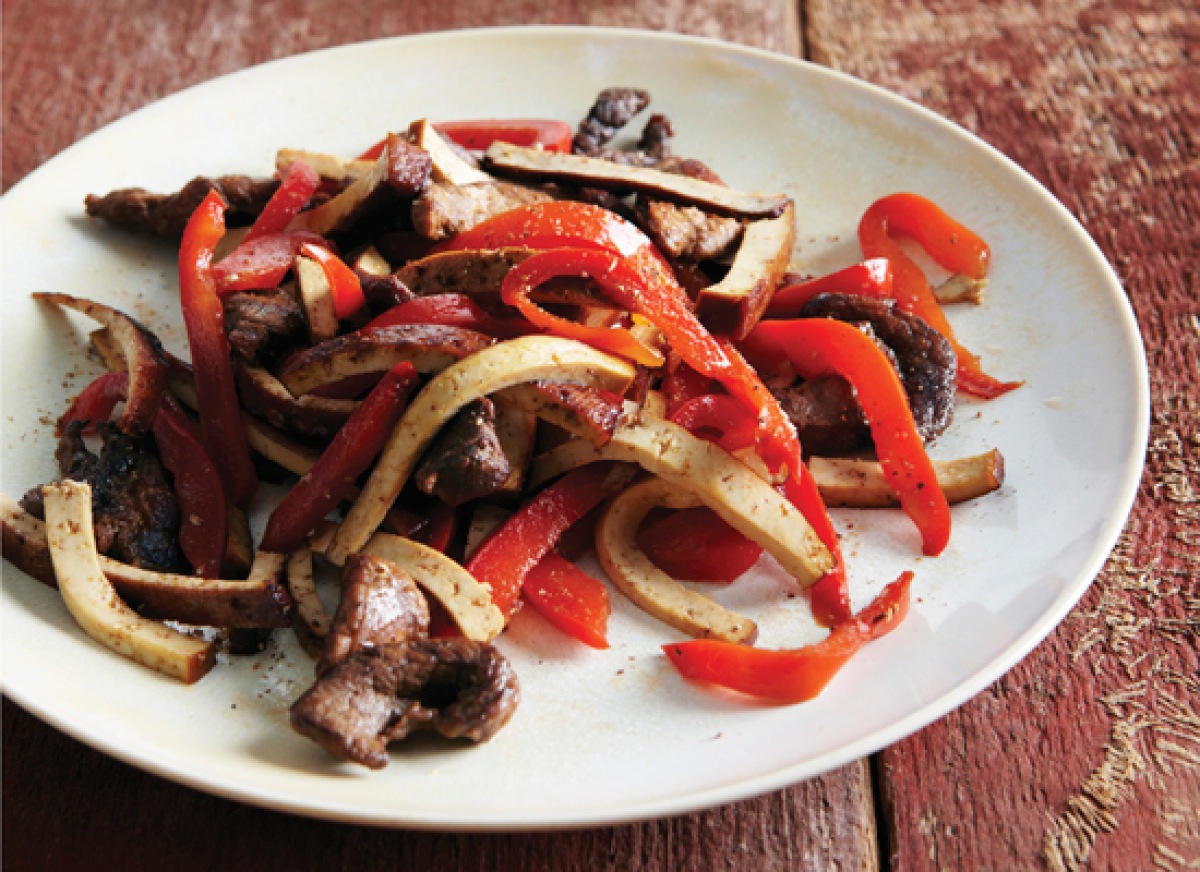 We’re pretty big fans of all vegetables, if we’re being honest, but sometimes we go through phases where  a particular vegetable takes our fancy even more than usual. Lately, our biggest vegetable obsession has been bell peppers! They’re fresh, flavourful, and taste great grilled, baked, pureed, or prepared pretty much any way you can think of.

Just in case you’re as in love with bell peppers as we’ve been lately, check out these 15 mouthwatering recipes that let them take centre stage!

1. Tea-smoked tofu with pepper and pork 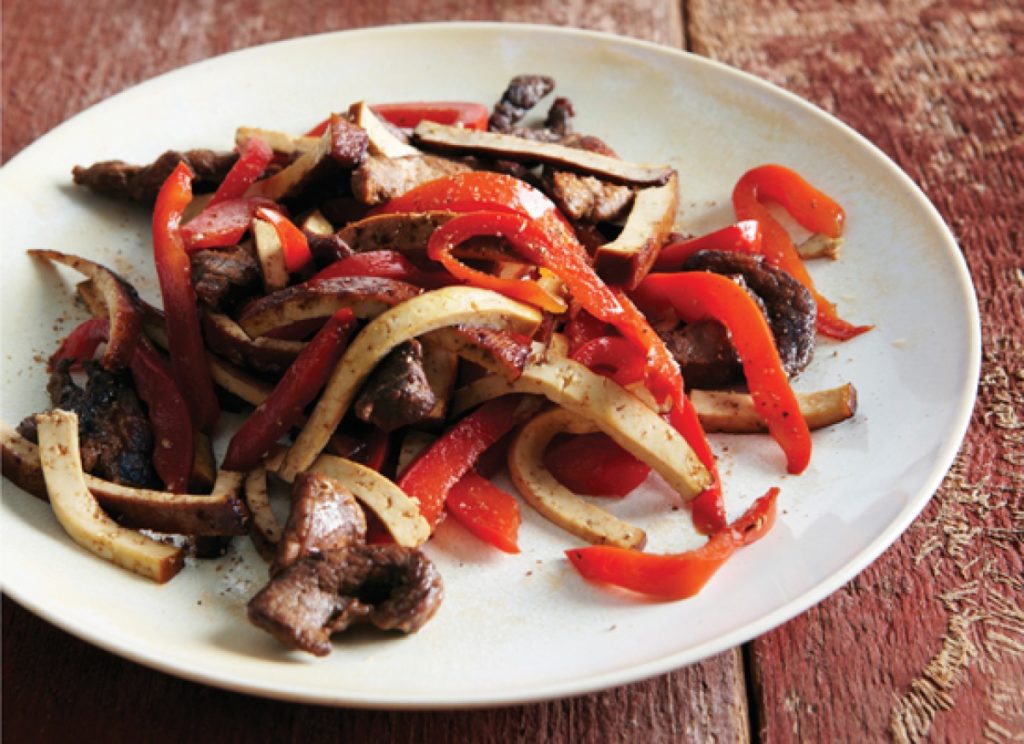 The Huffington Post guides you through the process of making a delicious stir fry that has a little extra flavour thanks to tea- smoked tofu. We personally love pork and would eat it just like the recipe recommends, but if you are- or a guest is- vegetarian, you could skip the pork and add more tofu and delicious red peppers instead.

Foodie Crush might have used yellow peppers in this picture, but we’ve made this very recipe before with both red and green peppers as well and we can assure you that, no matter what type of pepper you like best, this meal is a fantastic idea. The egg and pepper give you a texture contrast that’s absolutely delectable and you can spice it or add cheese for a little extra flavour! 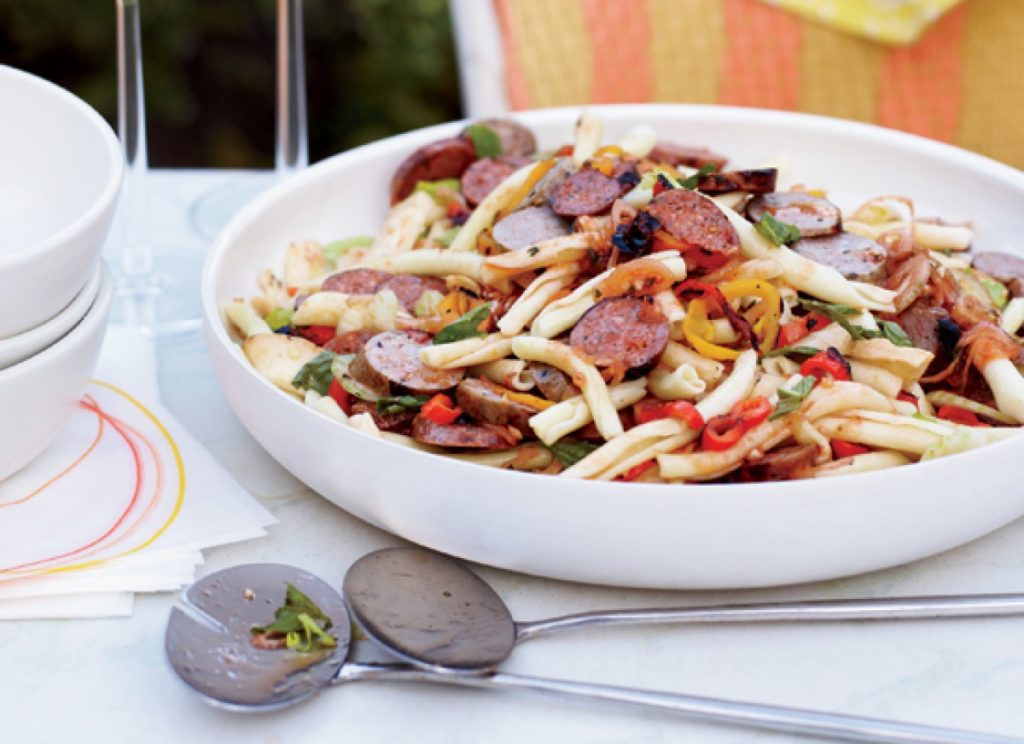 Are your favourite types of pasta salad the kinds that are so hearty they could practically be a whole meal in themselves? Then we’re pretty sure you’ll love this salad featuring thick twirly noodles, juicy chunks of grilled sausage, and, of course, flavourful bell peppers of whichever type you love best! Check the recipe out in more detail on The Huffington Post.

Do you love the idea of a hearty meat stir fry, but you’d rather skip the tofu that you saw in the recipe above? Instead of including many things, choose just a couple of key ingredients to complement your meat and grill them up in this awesome sauce from The Clever Carrot! We love the way their combination of bell peppers and pea shoots tastes alongside the beef.

Besides peppers, are you completely obsessed with Mexican food? Well, we certainly feel you on that one! Cheesy, delicious enchiladas, just like these ones featured on Half Baked Harvest, are our favourite type of Mexican dish and we’re extra enthusiastic about them lately because they’re a great way to enjoy our favourite bell peppers at the same time! The flavourful blend of meat, spices, and veggies is difficult to resist here.

Do you adore the taste of stuffed peppers but you actually prefer soups to most other things in the winter time? Then follow in Skinny Taste‘s lead and make a soup that tastes like stuffed peppers! Theirs simple recipe and cooking tutorial shows you how to make a hot, hearty soup that’s so thick with accurate stuffed pepper ingredients that it’s practically a stew. Talk about warding off the cold germs with nutrition!

When it comes to flavour and spice, one of our very favourite ways to enjoy bell peppers is alongside thick slices of spicy sausage! Of course, you could just stir fry peppers and sausage together and call it a dish, but we can almost guarantee you’ll enjoy the combination more if you make them into a scrumptiously filling pasta that also contains cherry tomatoes, herbs, and parmesan cheese on top. See how it’s made on Two Peas and Their Pod.

We massive baked potato fans and we have no problem with the average classic baked potato, dressed simply with a bit of butter, cheese, or sour cream, but sometimes we like to get straight up gourmet with our favourite dishes. That (and the involvement of sliced bell peppers, of course) is why this recipe from Half Baked Harvest caught our eye! It gives you all the great flavour that you’d find in a delicious steak fajita, but with a pile of peppers and a dollop of avocado crema on top.

Have you always loved the idea of burrito bowls from restaurants like Chipotle, but you’d rather make them at home so you can add whatever fresh ingredients you’d like? Well, that’s easy to do and A Beautiful Mess is here to show you how to do it! You can probably guess our favourite part of their suggests ingredients- the bright pile of red peppers, of course.

Do you often find yourself wishing that you could add the delicious taste of peppers to all kinds of snacks and dishes, but you don’t always have actual fresh peppers on hand? Then the next best thing is definitely a red pepper spread, especially if it has a mouthwatering spicy kick! You can find these spreads in lots of different stores but we’re always a lot more satisfied with the taste of things when we’ve made them ourselves. Check out this spicy red pepper spread by Half Baked Harvest to see what we mean!

Did you like the idea of the pepper loaded pasta you saw above but you’re not actually a huge sausage fan? If we’re being honest with you, we often prefer seafood pastas to meat heavy ones, especially when it comes to including vegetables like peppers that are so good at flavouring the ingredients around them. Instead of sausage, try making this crab meat pasta by Alexandra’s Kitchen.

Red peppers taste awesomly flavourful when they’re fresh and they’re completely delicious when they’ve been grilled too, but if you’ve ever had them roasted, then you might agree with us that that’s one of the best possible ways to prepare them. This is especially true when you’re using them as a topping on one of the best foods ever made: pizza! Check out this green olive pesto pizza topped with roasted red peppers and featuring a crust stuffed with feta cheese on Half Baked Harvest.

Do you often find yourself dreaming about the perfect sandwich about half way through your work day? Well, if you’re anything like us, your sandwich is stopped with all kinds of ingredients, but it’s probably also heavy on the bell peppers. This pan bangat recipe from Food 52 might have one or two ingredients that you might swap out for other things or simply skip, but we’re willing to bed that it’ll satisfy your peppers sandwich craving pretty well!

We’ve talked a lot about ways to include peppers in other things, but who says that the peppers can’t stand all on their own when it comes to making a delicious side dish or even an entree? We’d argue that deliciously prepared roasted red peppers, like these ones by Food 52, are worth making in themselves, whether you end up putting them in something else or not. We’ve been known to snack on them just like this!

When we think of the standard baked bean recipe, bell peppers aren’t necessarily the first ingredient that comes to our minds. In fact, we know quite a few people who don’t even put peppers in their baked beans at all. We urge those people, however, to follow in The Girl Who Ate Everything‘s footsteps and grab red and green peppers and a knife, because we can promise you they’ll amp up the flavour of your baked beans significantly!

Do you know someone who loves bell peppers as much as we do? Share this post with them for a little bit of cooking inspiration!