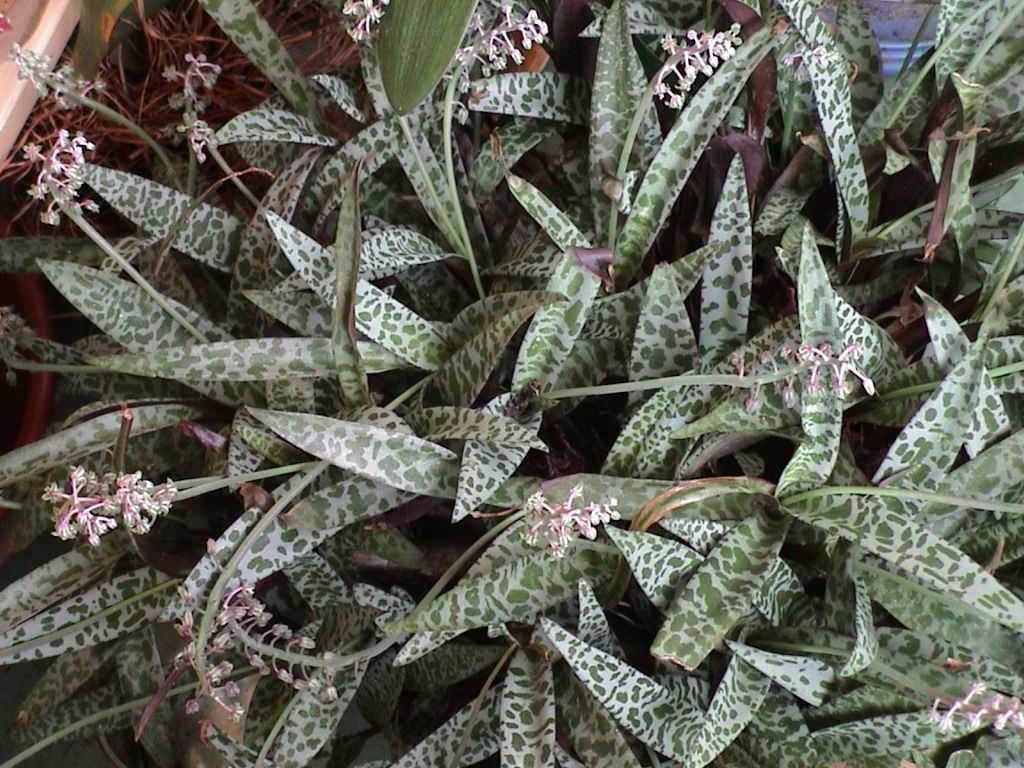 Growing perennials for ground cover is quite thoughtful since they don’t hold an intense bargaining power when it comes to routine caring needs. And one such plant that fits the bill is the Silver Squill. Also scientifically known as LedebouriaSocialis, this geophyticperennial genetically hails from theHyacinthaceaesubfamily. In easier terms, it’s an early spring bulb that’s closely related to hyacinths. Read on to learn more about growing and caring for the Silver Squill plant.

More About the Silver Squill Plant

The Silver Squill is a perennial plant that’s generally grown indoors or for ground cover. It’s native to the Eastern Cape of South Africa and most homeowners grow it for its compact size that makes the plant fairly easy to fit on any spot indoors. For the most part, the Silver Squill shares hardy traits with succulent plants. You might mistake it for one but the geophytic species has its own set of attributes. It sprouts from bulbs and the structure of its leaves is quite distinctive from succulents commonly grown in households.

Caring for this houseplant would only require basic watering, soil, and lighting requirements even when it’s growing indoors. Its colorful and conspicuous nature also makes the Silver Squill a perfect plant for landscaping. While running an in-depth background check, we found that it goes by many names. The most common names you’ll find attached to this plant in gardening stores include:

During warm seasons, the Silver Squill outdoes most other plants that are suitable for ground cover, especially in xeriscape garden designs since it survives fairly well when drought kicks in. Some signature characteristics about this perennial plant are the silver leaves with green leopard markings, and bulbs that have the shape of a teardrop.

Tips on Caring for the Silver Squill

You can expect your Silver Squill plant to sprout a few flowers during spring and summer. Its green flowers are tiny and held by pink stems. When grown for ground cover, the flowers will in clusters of about 20 to 25 and stand slightly above the leaves. The pollen-producing part of this plant usually has a purple tone, while the petals will appear green with some white marks on them.

Like most other perennial plants, well-draining soil is quite essential. Amending the potting soil with compost manure would help make it rich in nutrients. To take care of drainage, the potting soil needs to be sandy and humus-rich. For perennials, clay soil plays an exemplary role in retaining the essential nutrients, so you want to mix the three together.On the other hand, the clay soil composition needs to be at its modest.

Too much of it makes the top surface impenetrable and water won’t drain as it should. Using organic matter such as grass clippings, manure, or dried leaves helps improve the overall texture of the potting soil. Improving the texture and drainage helps perennial plants sprout quite gracefully throughout the growing seasons.

It’s worth noting that quite a bunch of bulbous plants rot when left in soggy soil for too long. When the Silver Squill hits maturity, it would typically reach anywhere between 6-10 inches tall, so there won’t be a pressing need to keep transplanting it every single year. But if it outgrows its original container, the most optimal time to transplant your Leopard Lily would be around early spring and fall when the temperatures are a bit cooler, when it doesn’t need to be watered often.

The watering needs of this perennial houseplant are at the minimal level—just like succulent plants which tend to be drought-tolerant. So, when watering, you want to space out the intervals to give the soil some grace period for draining any excess moisture. But that would not be a major concern if the texture of the soil is permeable. And since the growthhormones are usually at their resting phase during winter, it’s best to cut back the number of times you water your Silver Squill plant by a drastic margin.

All you need to do when it’s under dormancy is water the perennial sparingly just to keep the foliage from drying out. There won’t be any dire need for feeding. But since you probably want to see the foliage look ecstatic and bloom throughout the growing seasons, then using a balanced fertilizer would suffice. For newbie gardeners, that’s to suggest you need to pick one that has the three primary nutrients—phosphorus, nitrogen, and potassium—all in equal ratio.

During the growing season, phosphorus fuels up the blooming of flowers, while potassium also helps strengthen the root structure. On the label by its manufacturer, balanced fertilizers are normally referred to as NPK and in the ratio of 10-10-10. If you’re skeptical about chemical fertilizers due to the effects it poses on plants, you can try out the organic option and use materials such as fish emulsion, leaf molds, and animal manure. The best part about organic fertilizers is they’re non-toxic, don’t burn parts of the plant, or kill beneficial microorganisms.

Just like its watering needs, the Silver Squill isn’t fuzzy about light and temperature levels—both are pretty straightforward. What you primarily need to take note of is this perennial houseplant needs about 3 to 4 hours of bright sunlight every day. A south-facing window would be a perfect spot if you’relookingto grow it indoors.And since the Silver Squill is dominantly cultivated as a houseplant, it can thrive quite blissfully under room temperatures.

When grown outdoors, it can survive temperatures as low as –1 degree Celsius during winter. If your Silver Squill plants are growing outside during an active growth period, particularly summer and spring, it needs surrounding temperatures of 15 degrees Celsius or slightly above that. It’s also worth noting that the suitable USDA hardiness zones for this houseplant fall between 10a – 11b.

How to Propagate the Silver Squill

Propagating the Silver Squill is a painless job you’ll most likely enjoy doing whether you’re a starter or a serial gardener. To propagate this perennial houseplant, you can either use tubers or bulbs. Sourcing them from a healthy mother plant boots up the chances of growing a finer variety that isn’t prone to serious diseases. And here are the easy steps to guide you on how to go about the entire exercise:

Common Problems with the Silver Squill

There are quite a handful of problems common to most perennials and annuals. At times, the potting soil could harbor a number of different pathogens. Fungi such a Fusarium sp., or bacteria like Erwinia sp., are two organisms that frequently cause rotting if not suppressed in due time. Root diseases may be caused by the effects of overwatering. You’ll also need to watch out for pests such as aphids, snails, snugs, and spider mites especially when your Silver Squill hits its maturity stage. Distorted blooms or a sticky and sooty substance on the leaves often indicate that your Silver Squill houseplant is infested with aphids.

Spider mites, on the other hand, suck the juice from the leaves, causing them to look dull. And worst of all, they’re hard to spot without a magnifying glass. If you’re growing the Silver Squill for ground cover, you need to watch out for cutworms that hide beneath the soil level. Low moisture levels in the soil could also cause the leaves to have a powdery mildew coating. As a remedy, it’s best to use the neem oil spraysince it acts as a perfect fungicide that’sfor flowering plants.

There are parts of this perennial houseplant that hold significant toxicity levels. It’s, therefore, advisable to grow it far from kids and pests.

Scindapsus Pictus Care: How to Grow & Care for the Silver Pothos Plant