of 1
Egg white
Can You Freeze Egg Whites?
Buy Now 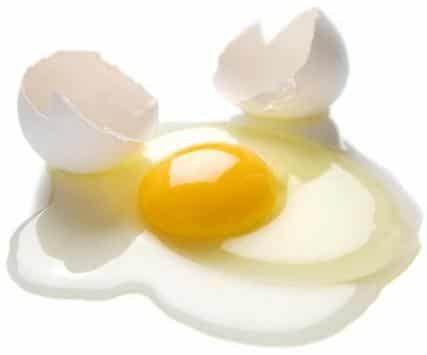 Q. I’m making a recipe that calls for a dozen egg yolks, but no egg whites. I would hate to throw away a whole carton full of egg whites, but I’m not up to cooking them all right now. I want to freeze them, but I’m not sure if I can, or if they should be cooked before I freeze them. Can you freeze egg whites?

How to freeze egg whites?

To freeze egg whites, choose fresh eggs that have been refrigerated for best results. Separate the yolk from the white, being careful not to mix any of the yolk into the white. Then, decide in what quantity you want to freeze the egg whites. Many people prefer freezing each egg white separately, so that it’s easy to thaw just the right quantity. This is also the simplest method of freezing egg whites.

Clean an ice cube tray, and fill each spot with the white of one egg. If you have already mixed all the whites together, not to worry. One ice cube spot holds the equivalent of one egg white, so just spoon in enough white to fill the spot. Place the ice cube tray in the freezer until whites are frozen. Remove from freezer and place egg white cubes into freezer bags. Remove as much air as possible and then seal bags completely. Label and date the freezer bags.

Frozen egg whites can be safely frozen for up to one year, and when frozen in cubes it’s easy to remove exact quantities. To thaw, place frozen egg white in the refrigerator until thawed completely. Egg whites should not be thawed on the counter as they have the potential to breed salmonella. For beating into meringues, once the egg whites are thawed they can be brought to room temperature. Thawed egg whites are excellent for use in meringues or other recipes that require light, fluffy egg whites. Thawed egg whites that are used in recipes should not be refrozen. They should be consumed within 2-3 days of being thawed.