Now that summer is in full swing, we can’t help thinking that our fire pit area could really use an upgrade. It’s cute for what it is right now, but we’re convinced we could absolutely use our DIY skills to make it so much better! That’s why we’ve been scouring the Internet for awesome cinder block fire pit tutorials that will get us started in making something a little more visually pleasing and effective than what we have now. 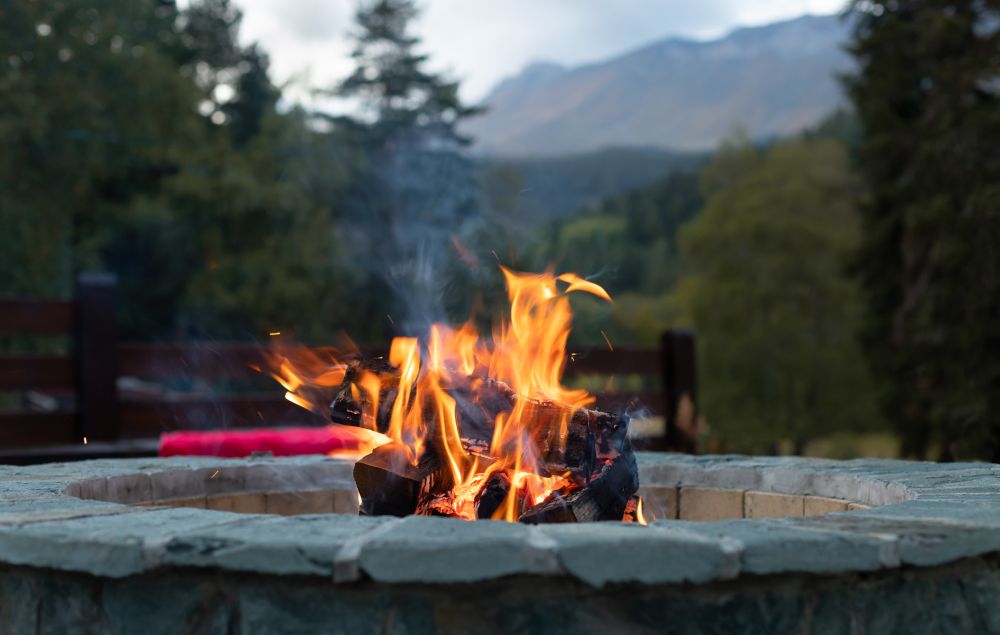 Are you just as interested as we were in the idea of making your very own DIY cinder block fire pit, if not more? Check out these 15 fantastic ideas, designs, and tutorials that we’ve come across so far in our search for inspiration and guidance!

Now that we have an idea of what we want to do, let’s dive into some really cute ideas to see what we can set up on our own. 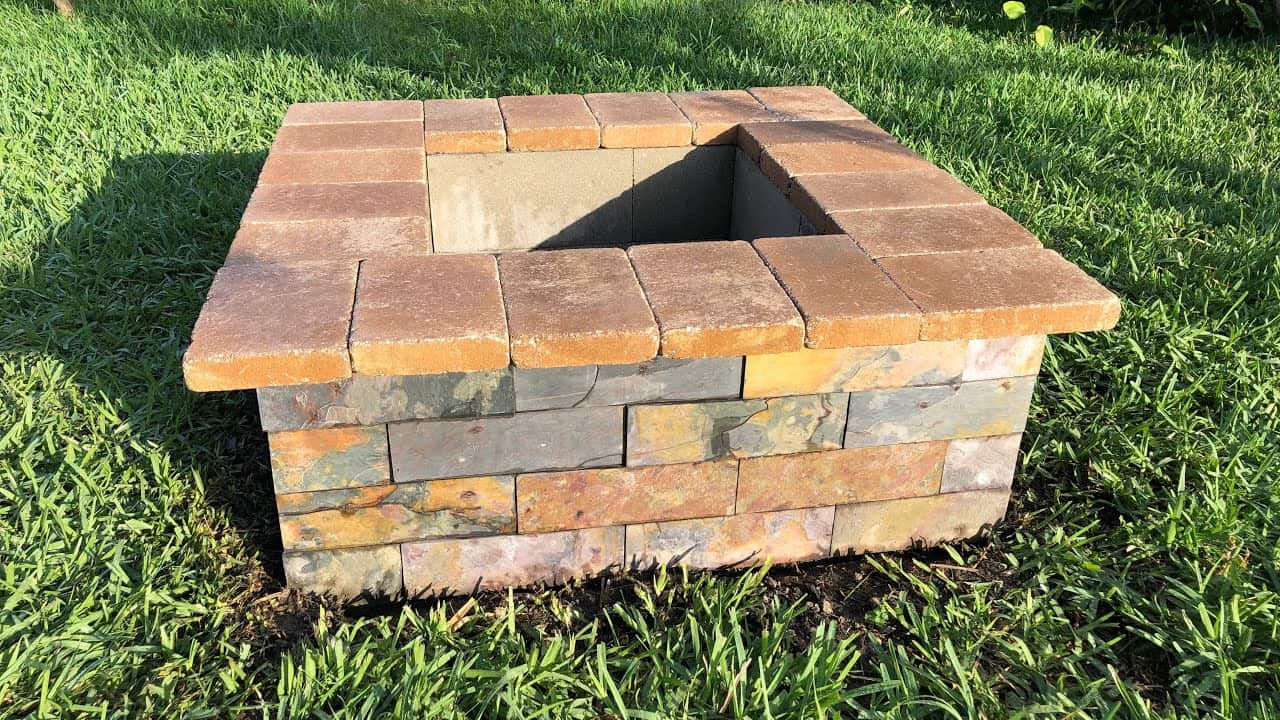 Whether you’re planning to use cinder blocks or other kinds of stones, we think this simple stone structure, featured nice and clearly in this basic fire pit tutorial from Cliff’s How To Channel, will work well for just about anyone! We like that the flat topped edge provides a bit of a barrier between our kids and the open flame. 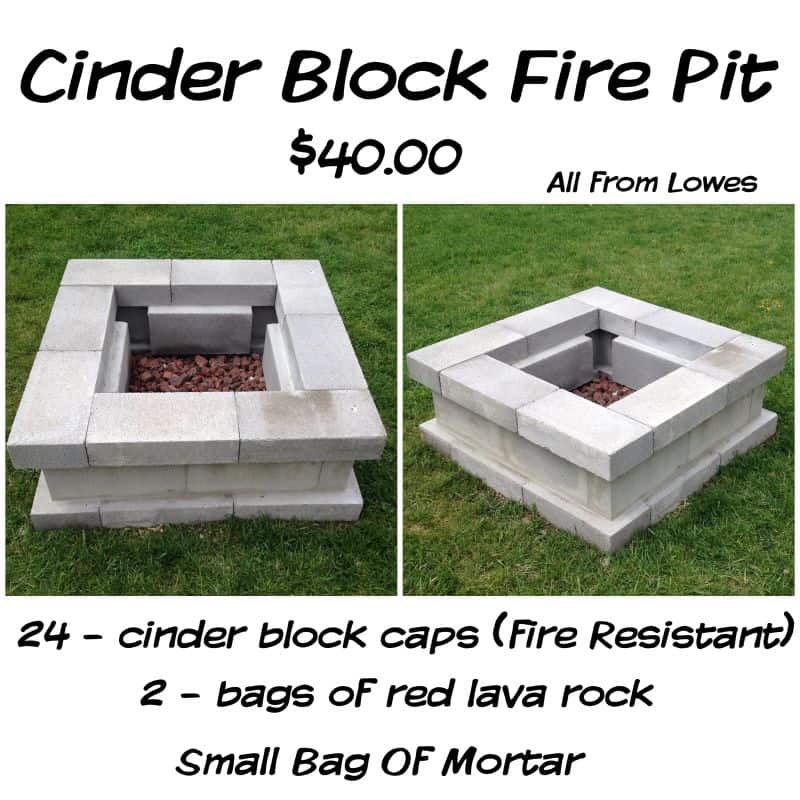 Rather than adapting another tutorial that would work for all kinds of materials, would you rather follow one that is meant specifically to be made with cinder blocks, since you’re new to the DIY game and looking for something very clear indeed? In that case, we’d absolutely suggest taking a look at how Budget 101 created this square fire pit that’s similar in style. 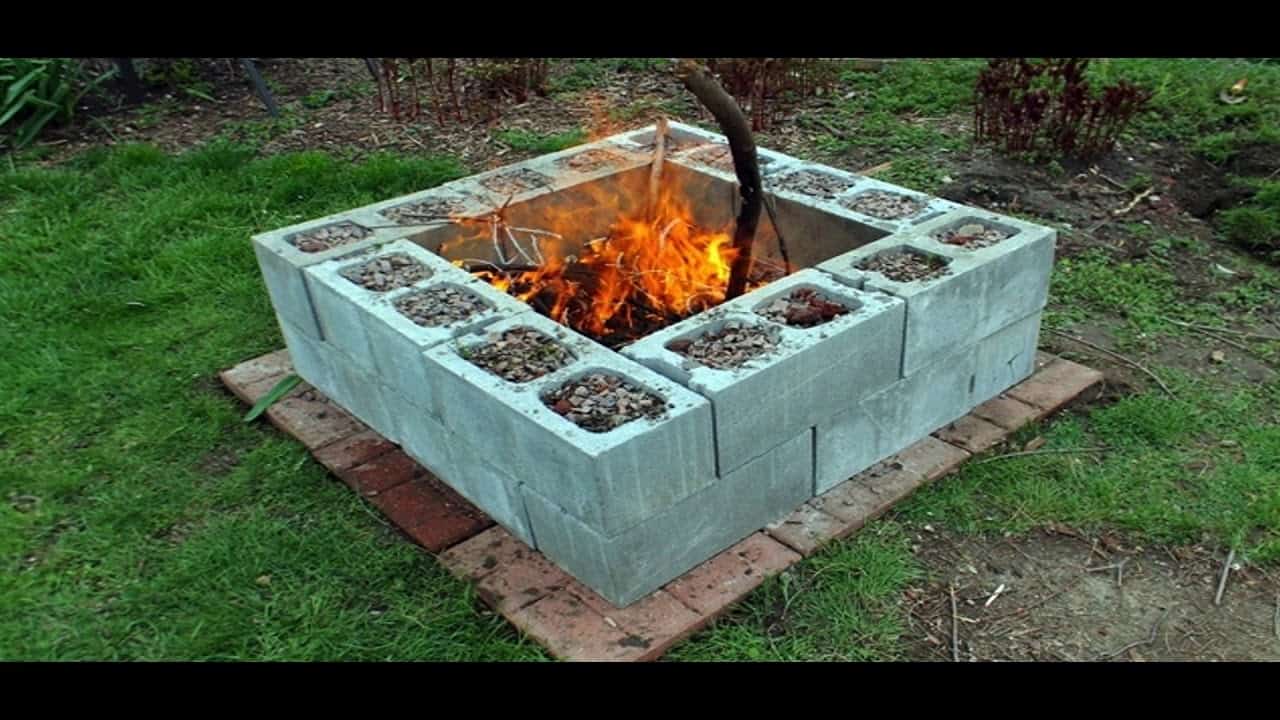 Maybe you’ve actually been hoping for a plan that’s even easier than what you’ve seen so far and you’re not picky about whether it’s got a finished looking edge around the top? Then maybe you’d prefer to see how Momentum made this square shaped pit with hollowed cinder blocks, filling the holes with gravel for both insulation and decor. 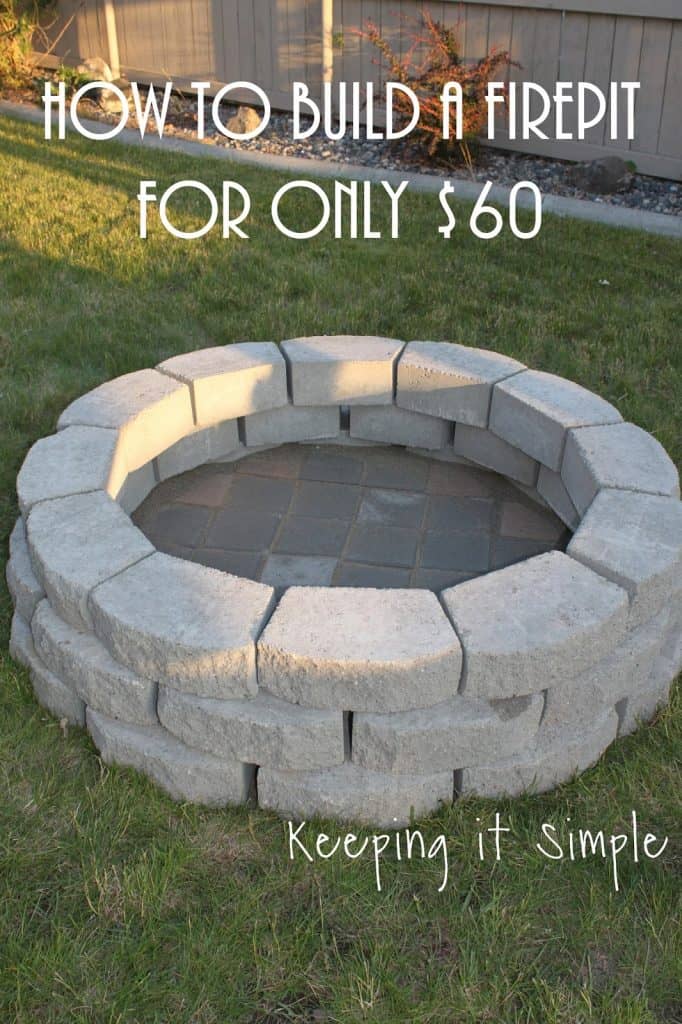 Have you actually been scrolling through our list so far hoping to come across a design that’s shaped like something other than a square? Then perhaps you’ll get along a little better with something like this wonderfully rounded fire pit tutorial from Keep It Simple Crafts instead! They show you how to stack your cinderblocks in a shape like a cylinder.

If you’re going to put in all the time and effort it takes to make your own fire pit from scratch, would you actually prefer to use  both cinder blocks and stone, so you get the best of both worlds? In that case, we’d absolutely suggest taking a better look at this tutorial featured on Carole Knits that shows you how to make a squared pit from reliable blocks but also how to top it with more visually pleasing stone. 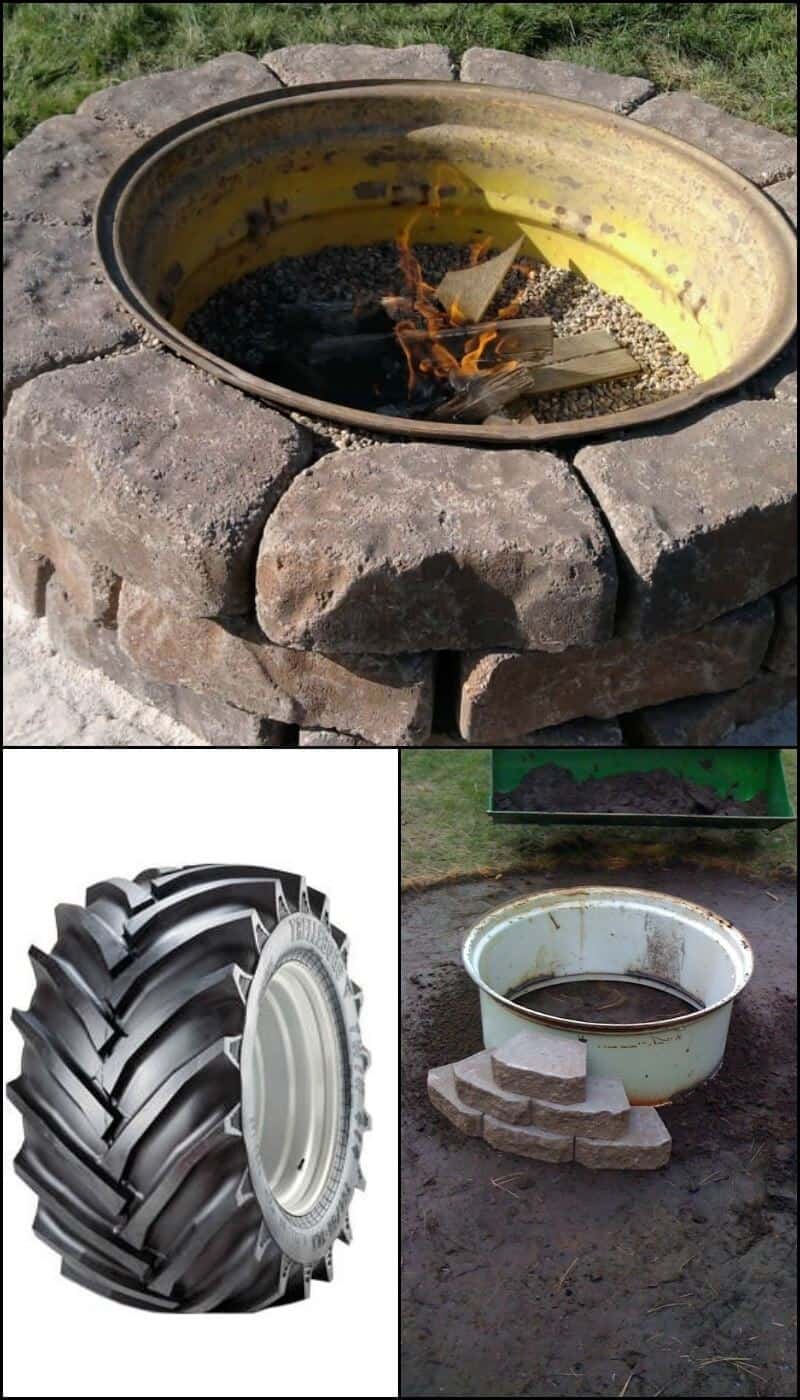 Regardless of whether you’re going to user cinder blocks, stones, or something else, would it make you feel more secure about how contained your fire will stay to have some kind of solid metal border surrounding its edges? In that case, we’d absolutely suggest taking a look at how Handimania upcycled the inside rim of a large truck wheel as the centre of their cylindrical fire pit, stacking their blocks around it for a more finished look. 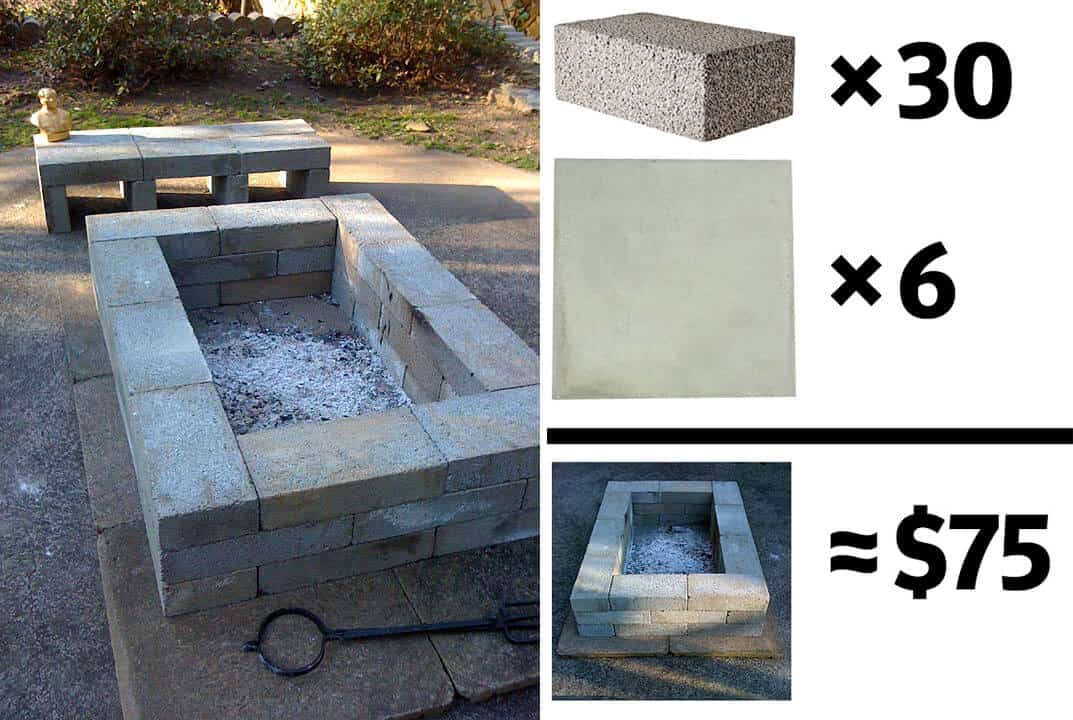 Are you the kind of thorough DIY enthusiast who figures that you might as well go all out and build yourself a place to sit around the fire if you’re going to put the work into building the fire pit itself? Then we think you’ll get a real kick out of the way Attachment Prone laid out this fantastic tutorial that shows you how to make a rectangular put and benches, all from cinder block! 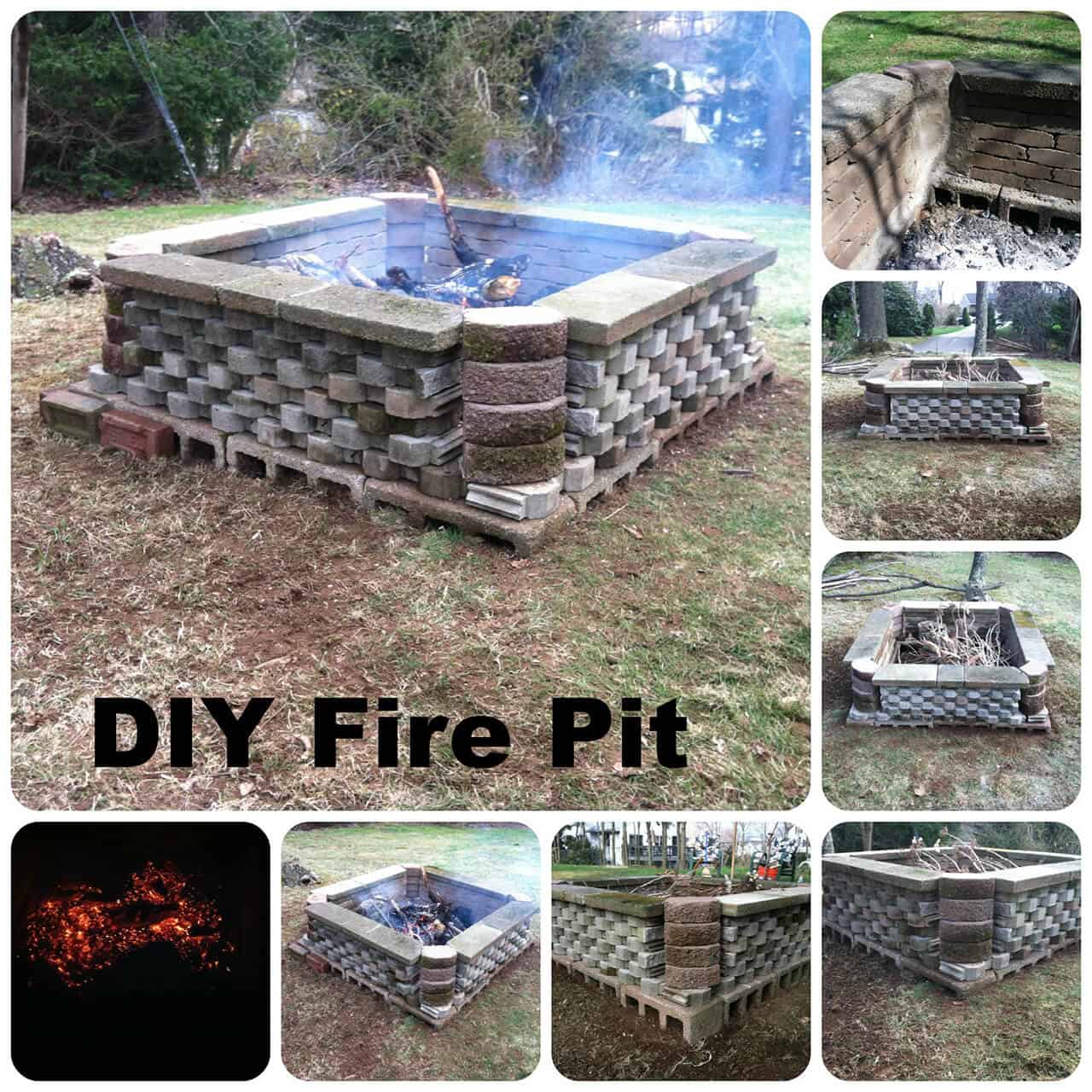 Maybe you’re the kind of extra enthusiast home projects person who is always up for a challenge and you’re not opposed to putting in a piece that really makes a statement? Then you just might be the perfect person to give this jumbo sized, decoratively stacked tone and cinder block fire pit outlined step by step on Tools 2 Tiaras a try! 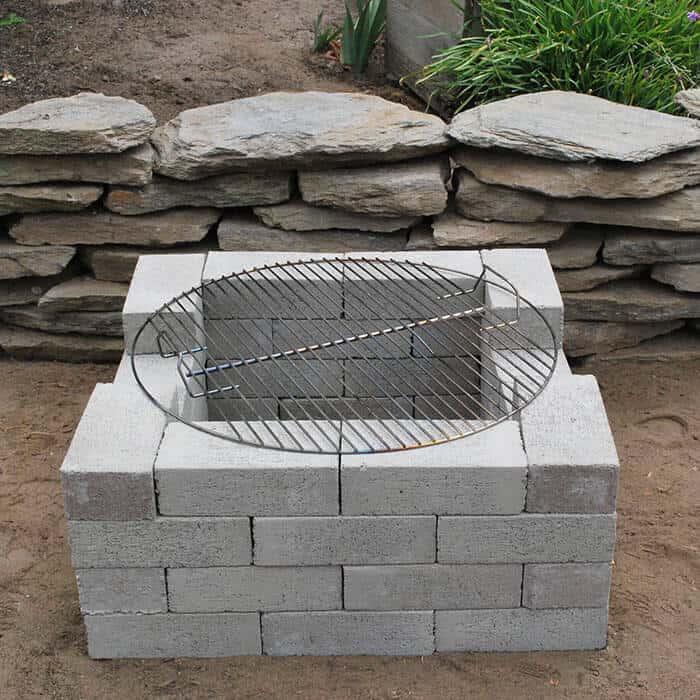 For you, is a fire pit really just another chance to do more grilling than you already do on your BBQ? In that case, we’d be willing to bet that you’re more concerned with function and ease of use than you are with design. That’s why we’d suggest taking a look at how Lowes made this super simple square cinder block pit sized perfectly for a standard rounded grilling rack. 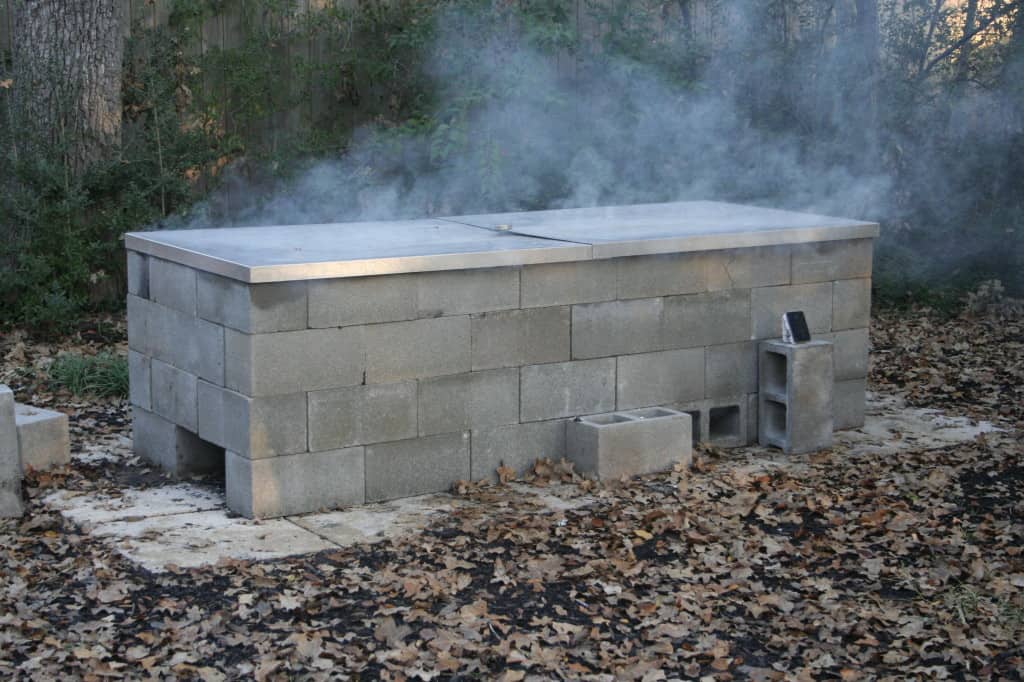 If you’re going to make a whole fire pit from cinder blocks, especially if its sizeable, would you rather centre its design entirely around the idea of prepping meat for your family, instead of just enjoying the flames? Then we’d wager you’ll find this amazing cinder block meat smoking pit, complete with a top, a little more up your alley. Get the full details for making one of your own on Texas Barbecue! 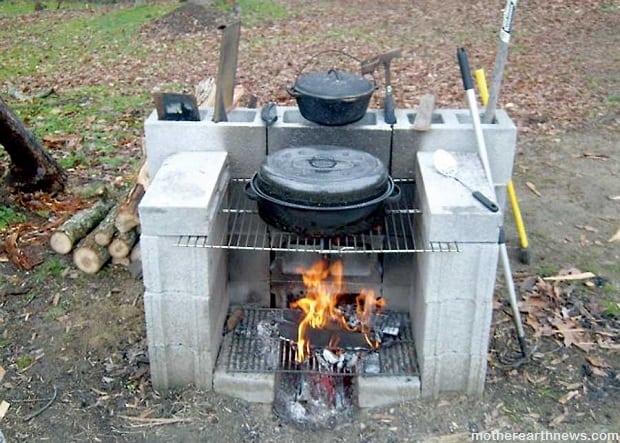 Have we actually really piqued your curiosity with this whole idea of using an outdoor fire station to prepare your meals in good weather but you’d like to be able to make as many different things as possible on it, rather than just a few kinds of meat entree? In that case, we’d definitely suggest taking a look at how Survivorpedia made this fantastic outdoor cinder block cooking station in just a few surprisingly simple steps! 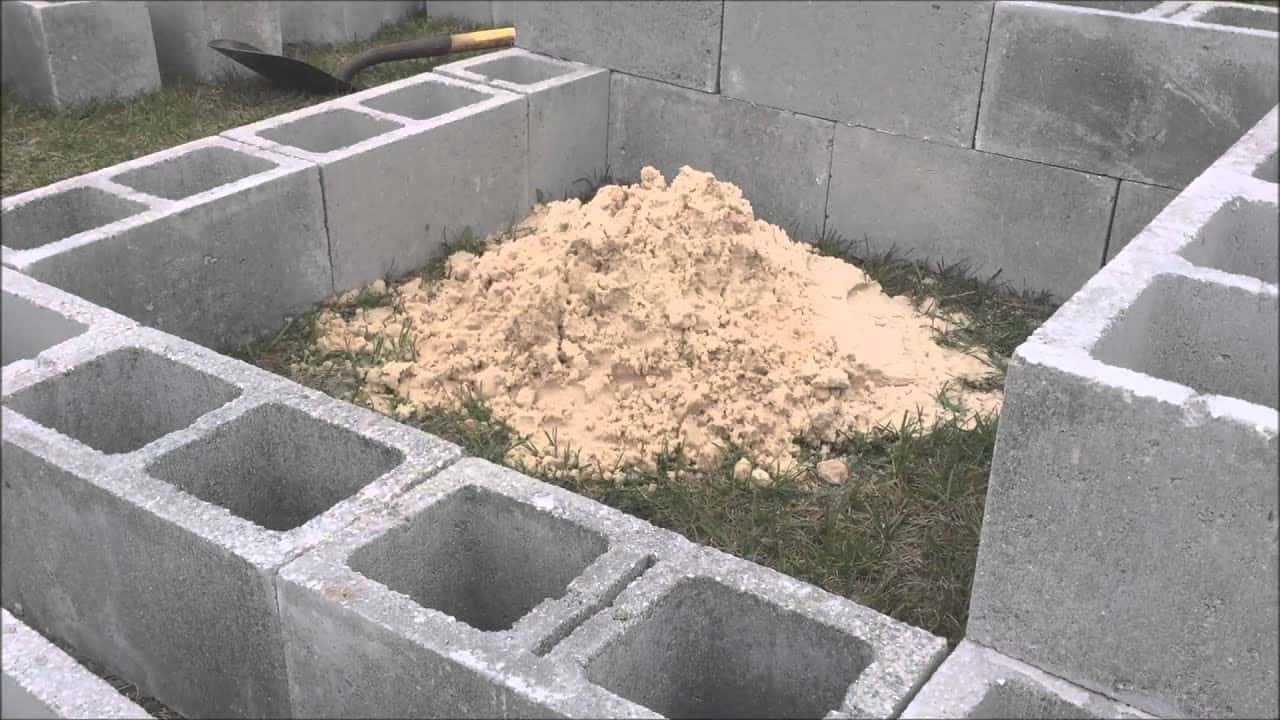 Are you feeling very intrigued by the concept of filling your simple cinder block fire pit’s centre with the intention of making your fire space a little safer, since you have kids? Well, you don’t have to make a rounded shape with a tire centre in the middle if you don’t have access to one. Instead, take a look at how Horsey Peeps made this square cinder block pit that they filled with sand to stop any chance of spreading. 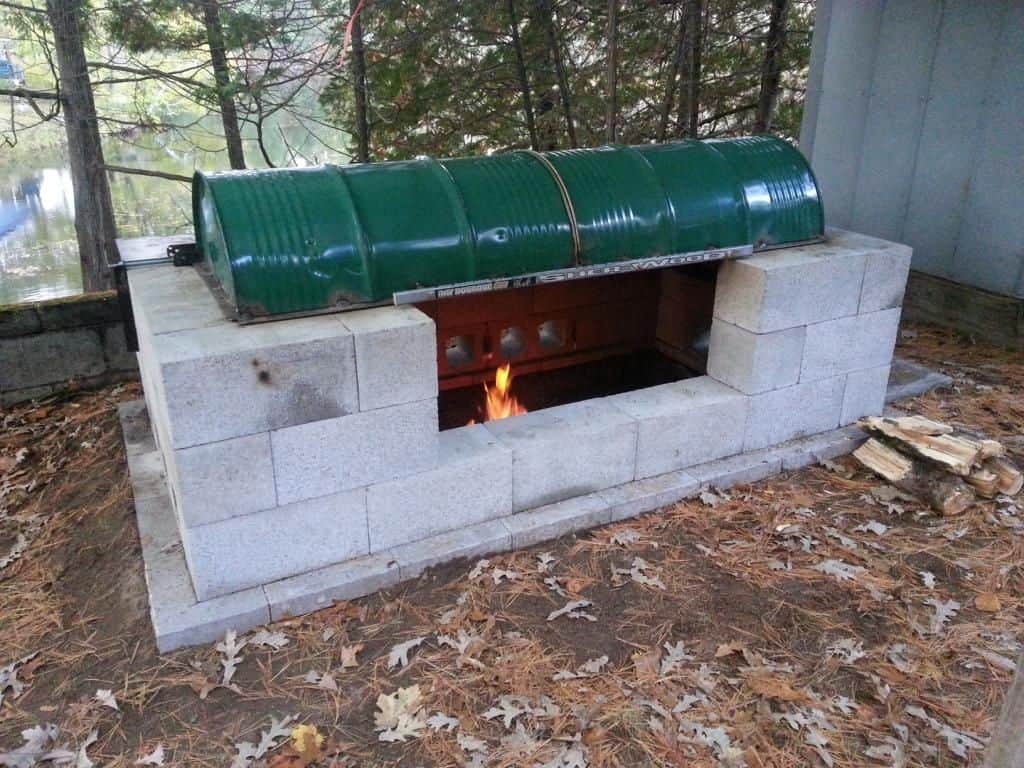 Did we perhaps catch your eye the best when we started talking about the idea of making a meat smoking pit but you’re actually a real home cooking enthusiast who would like to go even bigger and better than what you say there? Then we’d definitely suggest taking a look at how Instructables made themselves an entire cinder block rotisserie pit complete with a halved metal barrel hinged lid so you can check on your dinner easily! 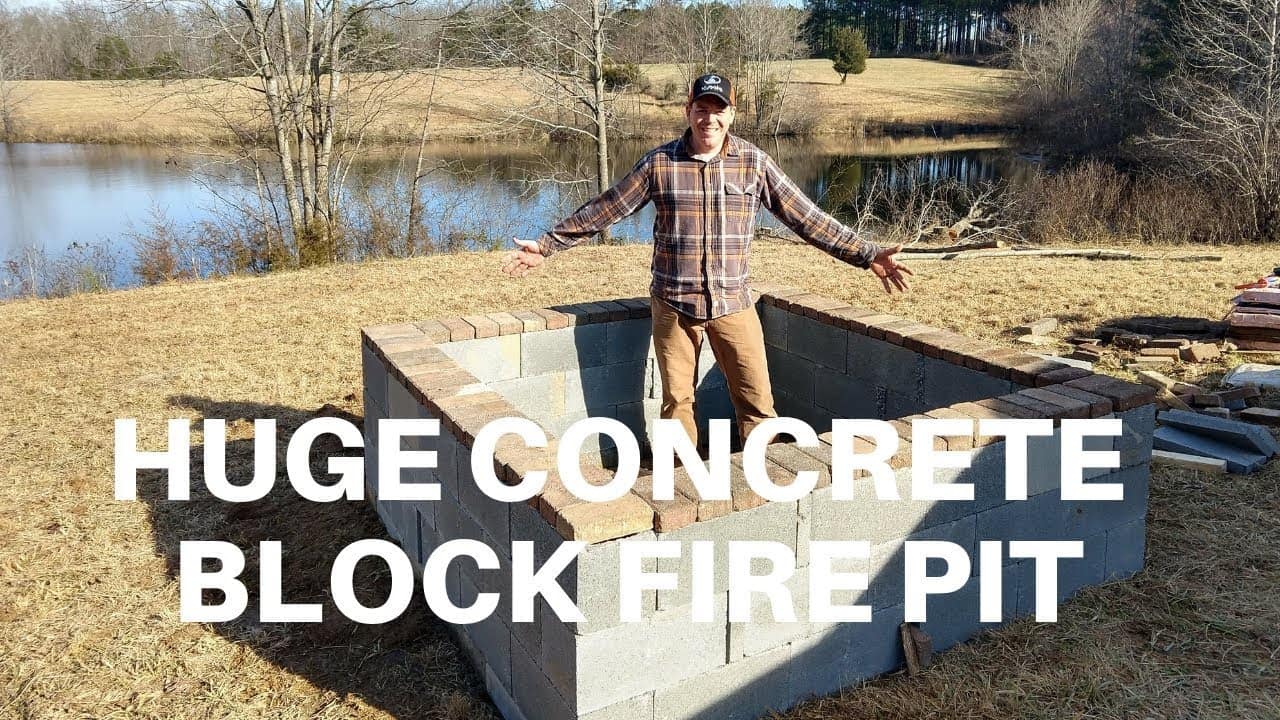 Just in case all of the sized large fire pits we’ve shown you were nice but just not quite large enough for what you were really picturing, here’s a fantastic alternative from Woods Tree Farm that will truly help you make something even bigger! Take a better look at their tutorial to get the full details for how this giant cinder block fire pit was made. 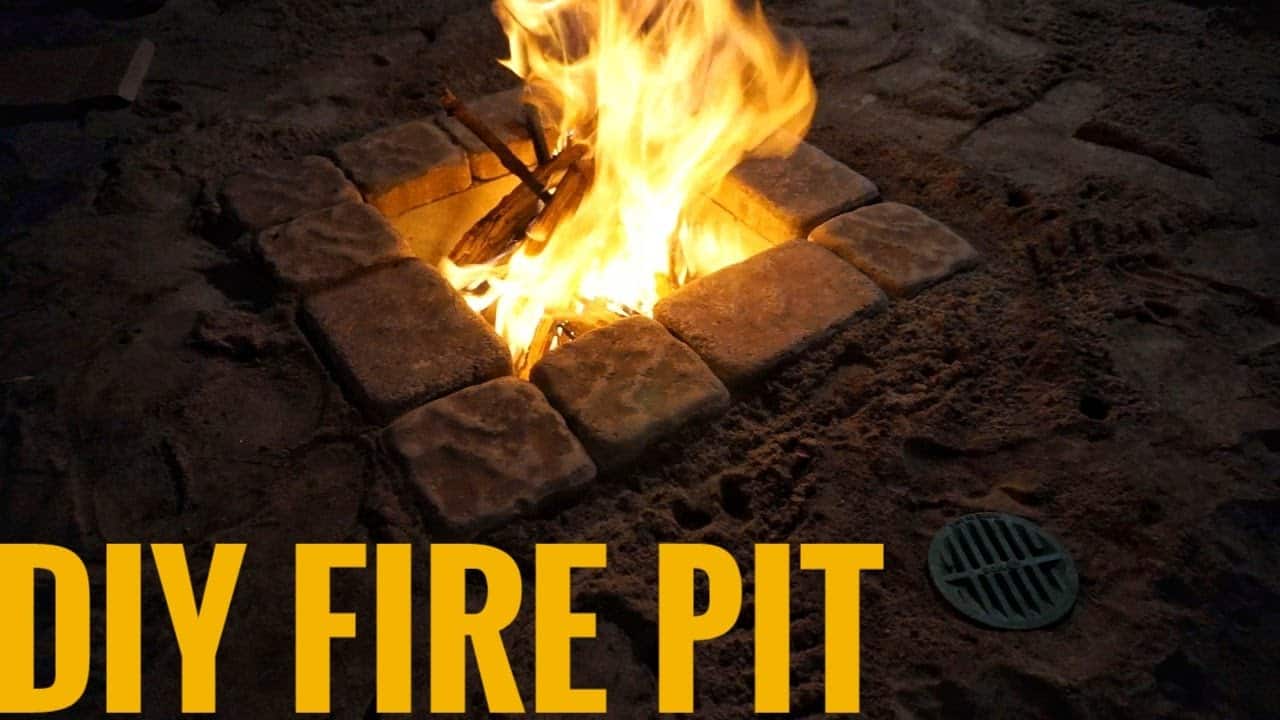 No matter what you decide to make your fire pit out of, are you pretty intent on making something that will let you control the size and strength of the flame nice and steadily, since you live near brush and want to make sure things really stay under control? In that case, we think you’d be best to create something like this design from Brendan Chapuis that teaches you how to make a DIY fire pit with its own adjustable draft. 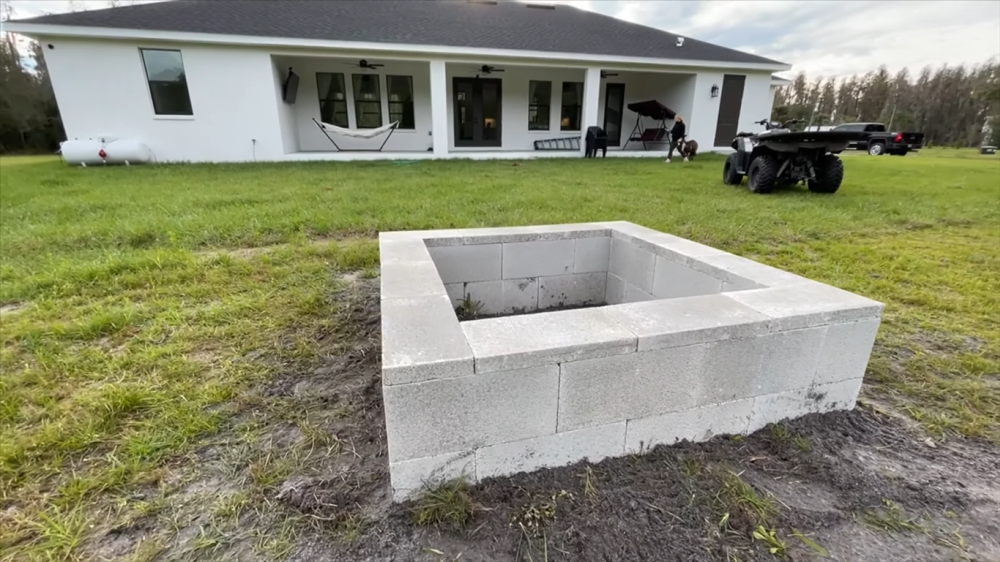 If you want to have a smaller fire pit, a square shape is always best. We love how this one turned out from Home Between The Oaks on YouTube. It doesn’t take a lot of work or a lot of materials and you can make it yourself with just a bit of work. 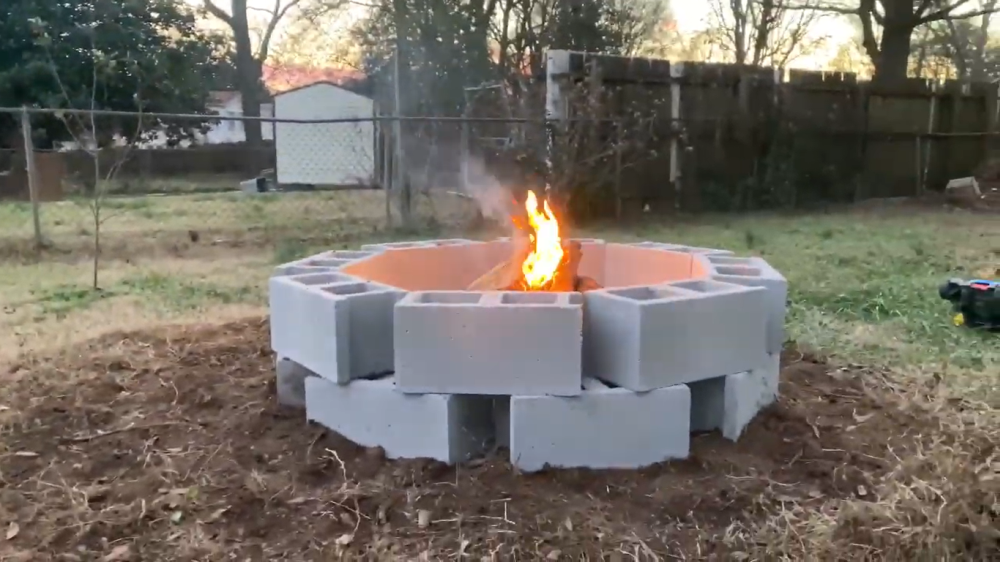 If you use the cinder blocks in the right way, you can make yourself one of the simplest fire pits ever. We just love how easy and simple this one is to make. You can check out the whole process on The Simplicity Sisters on YouTube. 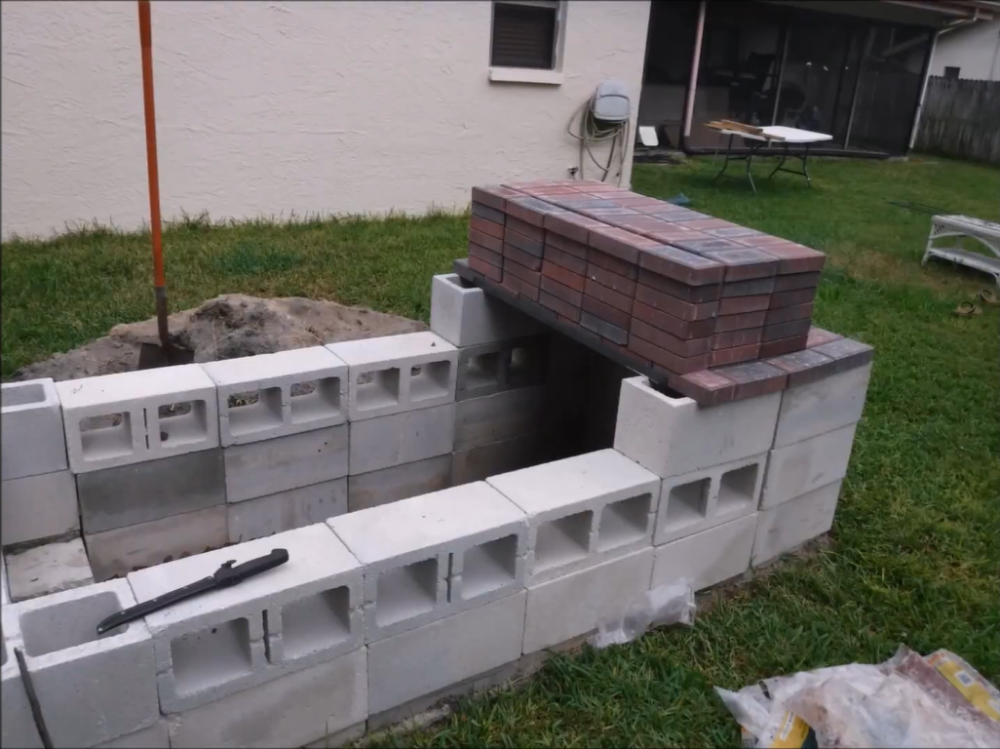 When you want to mix in the fire pit with making delicious pizza in a special oven, you can go for this design. It’s such a great concept and Gunshine State Exploration is showing us just what we have to do over on YouTube. You should definitely check it out. 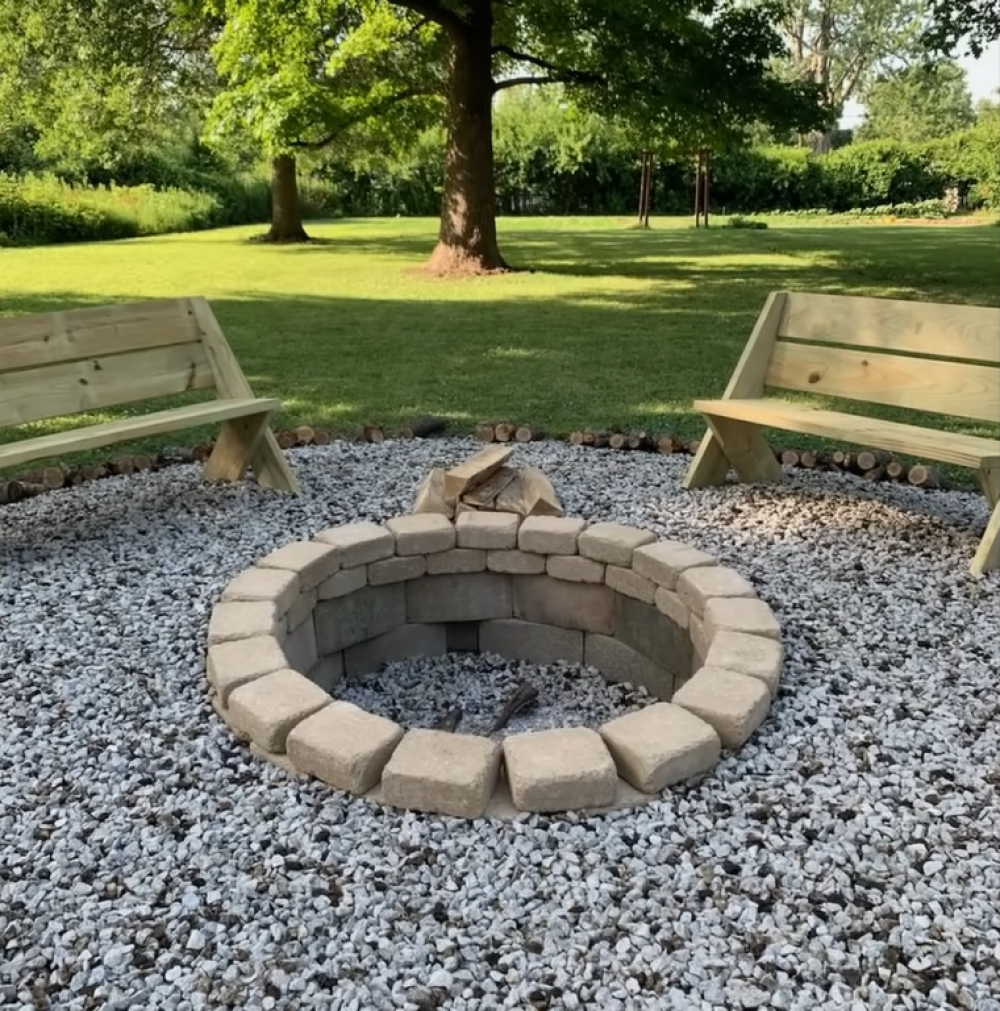 If you’re wondering just how long a circular fire pit would take to make, the answer is “not too long.” Brady Parscale on YouTube is showing us a timelapse of him putting together his own fire pit and it looks so awesome. Frankly, it’s giving us a bit of courage to take on the project too! 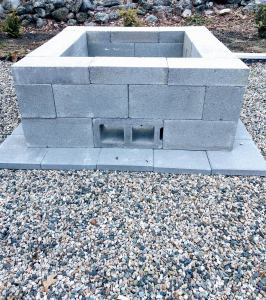 The folks from Wednesday Morning Whispers made a fire pit too and explained exactly what they used and how the made it in a blog post. You can check it out and maybe borrow the idea for your own backyard.

Do you know a fellow DIY enthusiast who adores the idea of making their very own cinder block fire pit and can definitely make it happen, but could use a little help along the way? Share this post with them so they have all kinds of guidance and options!

How about you? Did you come up with a plan for your own fire pit? We know we have some favorites already, but we’re sure you do too, so let us know which ones you like best.