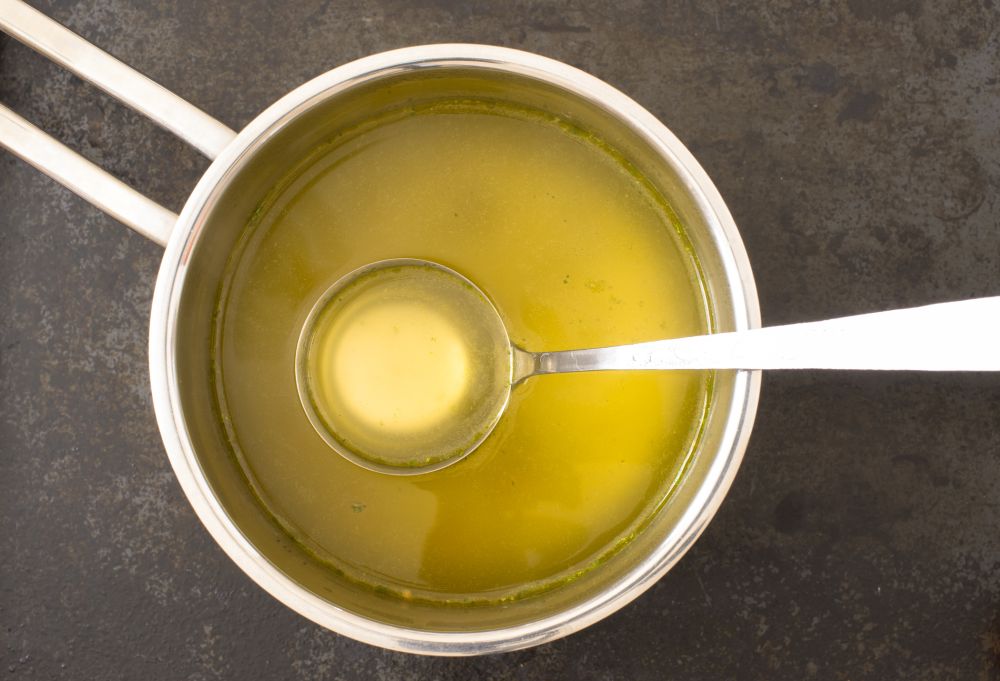 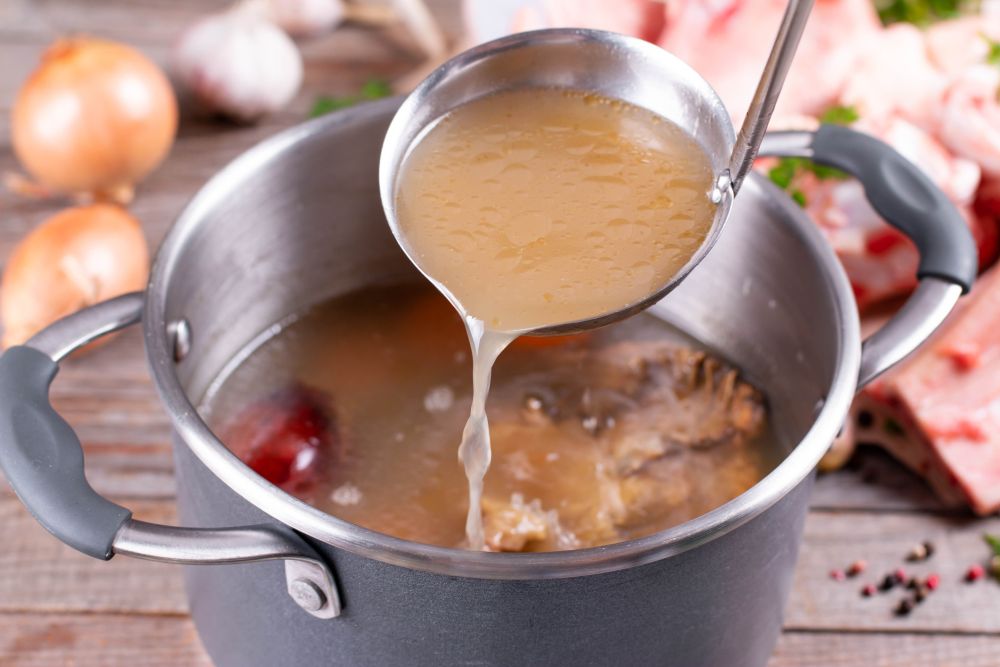 Chicken broth can definitely make all your dishes a lot tastier and it’s definitely healthier than using concentrates you find in the store. When you make enough chicken broth to last for a while, you may want to freeze it up so it lasts longer. 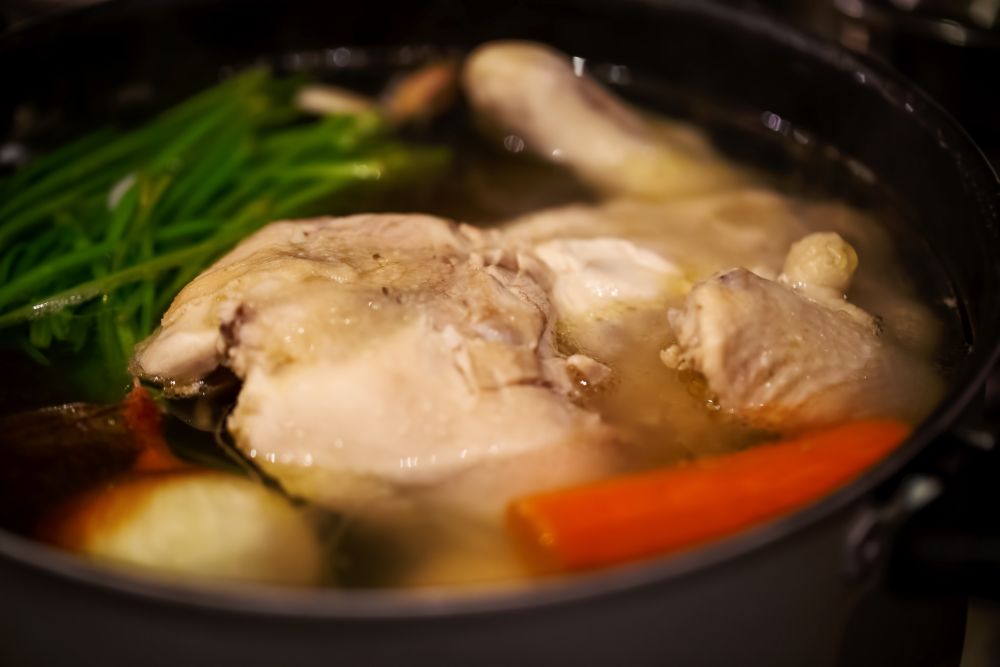 If you love making your own chicken broth too, we can help you figure out how best to freeze it.

Can You Freeze Chicken Broth?

One of our readers reached out to us about chicken broth, too, so here’s their message:

My husband went on a cooking spree this weekend, and made a huge batch of chicken broth. We used some for soup, but have enough left over to make another big batch of soup. I want to make the soup now because I don’t think it’s safe to freeze cooked chicken broth.

Your husband is correct, it’s safe to freeze cooked chicken broth. Making big batches of chicken broth for later use in recipes such as soups or stews is a time honoured tradition. Chicken broth can be frozen and then thawed before being used in a variety of recipes.

How to Freeze Chicken Broth?

The key to successfully freezing chicken broth is to start with the freshest broth possible.

Chicken broth can also be frozen in freezer-safe, hard containers.

How to Keep Chicken Broth for Longer?

If you want to make sure that your chicken broth will be good for a longer period of time, you should get a vacuum sealer. While you may be wondering how exactly you can mix the two, we can tell you that you simply need to freeze the broth first.

So, place it in whatever container you want to use, put it in the freezer for a few hours until it solidifies a little, and then use the vacuum sealer on it. This will take out all the extra air in the container and give it a perfect seal, which allows you to keep the broth for longer.

We have a long list of great vacuum sealers that may work for you. Our favorite is the FoodSaver V4840 2-in-1 Vacuum Sealer Machine which works with freezer bags and containers of different sizes so you can freeze smaller servings or big dishes.

How to Thaw Chicken Broth?

To thaw, remove the chicken broth from the freezer and allow it to thaw for several hours or overnight in the refrigerator.

Use in your favorite recipe and consume within two days of thawing.

Can You Freeze Chicken Noodle Soup? Here’s What to Do