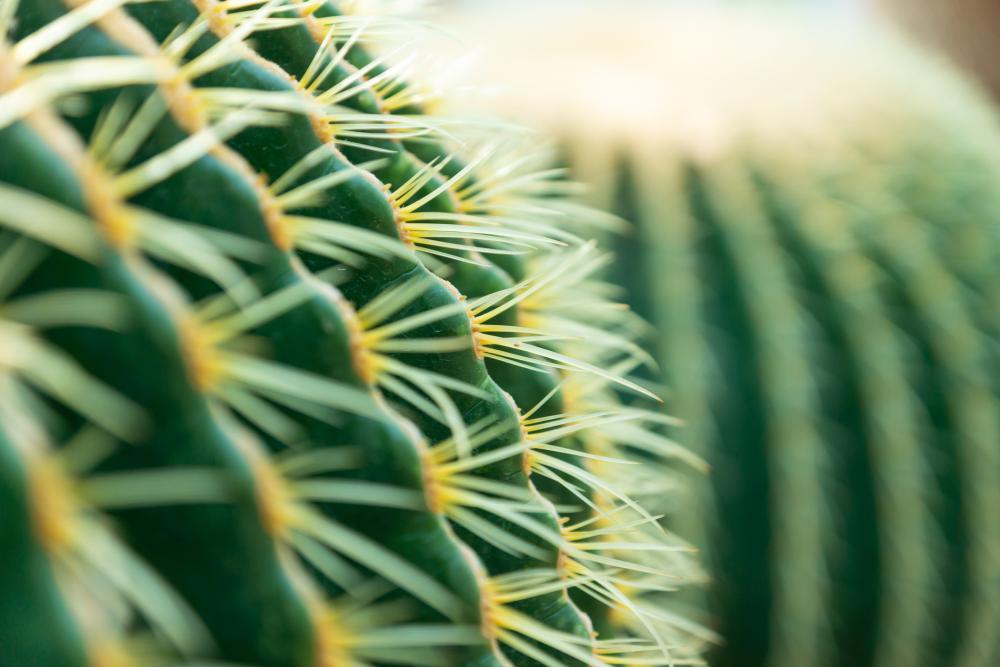 The Cardon cactus illuminates the outdoor setting with its tall stature quite admirably. It’s rare to find a cactus plant with similar low-maintenance traits and a high degree of hardiness. You would be thrilled by its elegance once the cactus has hit maturity. 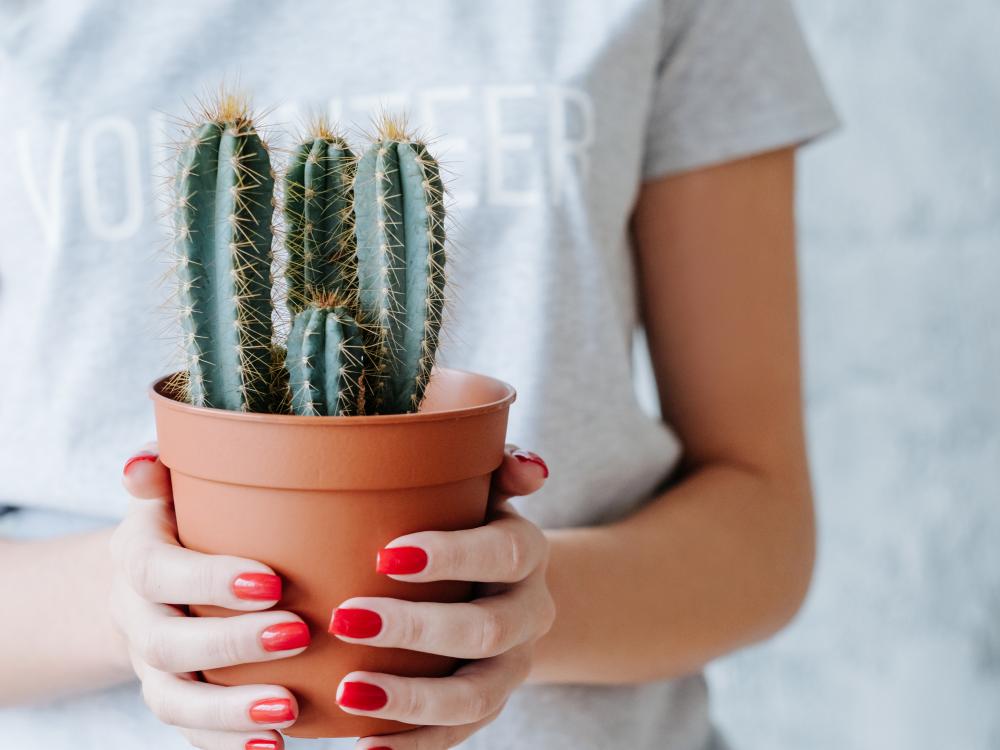 So, if your garden isn’t showy or doesn’t make you embrace its natural appeal, this plant would help bring back the ever sought-after grandeur appearance without putting in too much caring or maintenance efforts. This guide will give you insightful tips on how to grow and plant the Cardon cactus.

More About the Cardon Cactus

The Cardon cactus is a flowering member of the Cactaceae family. Its scientific name is Pachycerous Pringlei. Arguably, it’s the tallest cactus plant and native to a couple of states in Northwestern Mexico. It gets used to hot weather reasonably well. Thus, it’s easy to cultivate this cactus in areas such a San Diego, California. Despite its vast size when it matures, you can choose to grow this cactus as a houseplant. Caring for the Elephant cactus isn’t cumbersome. When growing outdoors, the flowering plant can reach up to 60′ feet tall.

It can have a trunk with a diameter of 40′ inches after maturity. The overall size and height will depend on the age of your Mexican Giant Cardon cactus. It’s worth noting that this flowering cactus is a slow grower. If there are no beneficial insects around to pollinate its flowers, then it would be hard for the Elephant cactus to reproduce using seeds. To hit a high success rate, you want to grow this flowering plant using cuttings. So, you’ll need to take the cuttings from a mature plant that isn’t suffering from diseases. To plant the Cardon cactus from cuttings, you want to wait till early summer or late spring.

To spot the blooms, you’ll need to wait till the cuttings are mature enough. The Elephant cactus usually blooms during the spring season. You’ll see some white flowers that are about 3′ inches long. Some hair will grow right from the areole to protect the base part of the flowers. When given the optimal growing conditions it needs, the plant will produce a few spiny fruits. They usually have a compound called pectin that growers use to make jellies.

It’s typical for the Cardon cactus to prefer arid conditions. So, you want to keep the container in the sunniest location where it gets at least 6 hours of light. For optimal growth, this flowering member of the Cactaceae family will appreciate full to partial sun. When moving the growing medium outdoors, make sure it’s a gradual transition, so the foliage can get acclimated to the new conditions.

When propagating the Cordon cactus, you want to grow the cuttings in an environment with filtered light. The suitable temperature range for most cacti plants is between 65 to 90 degrees Fahrenheit. Move your Mexican Giant cactus indoors when temperatures fall below 35 degrees F. Most cacti plants won’t thrive under frosting conditions, mainly when growing in their preferred USDA zones which range from 9a to 10b.

So, what type of soil does this kind of cactus plant need? Perhaps you’re pretty clueless about this requirement. So, after extensively doing some research, I discovered that most desert plants the size of a fully grown Mexican giant prefer a soil mix with rich nutrients composition and structure that sticks around for the most prolonged period possible. And one way to do that is by mimicking its indigenous growing conditions. Most gardening stores sell cactus mixes, so you can choose to take this route. If so, make sure to inspect the overall drainage rate thoroughly and learn the patterns before planting your cuttings. Permeable soil helps keep the roots from being waterlogged.

Growing or potting your Cardon cactus in soil that holds excess moisture for too long would lead to root rot or hard-to-treat fungal infections. At the same time, the soil composition ought to retain some bit of moisture. If you opt to use a commercial mix, you also want to add a portion of peat moss. It helps with moisture retention quite considerably. Cacti plants aren’t thirsty even during their growing season since they have adaptations that help store water in the leaves and stems. Their succulent tissues and waxy coatings help achieve this inimitable habit. When preparing the potting soil, you can work with other organic amendments besides peat moss, such as tree barks or ground coconut fibers.

On the other hand, the downside is, these examples of organic matter are notorious for retaining too much moisture. For this reason, you might consider using inorganic options such as perlite or sand when making amendments. Most newbie gardeners tend to achieve higher success with commercial mixes because they come with the most suitable pH for your Cardon cactus. For best yield, use soil with a pH ranging anywhere between 5.5 to 6. When growing outdoors, depending on rainwater would be a perfect way to balance the pH. And this is especially necessary when the test results aren’t matching up with the suggested readings.

With a sturdy adaptation for being drought-tolerant, the Cardon cactus can mature gracefully without intense watering requirements. And once the cuttings have taken shape, you’ll need to water them quite moderately. You also want to avoid getting tempted to overwater this flowering cactus. It hardly survives in an overly wet environment. Besides root rot, the effects of overwatering cause the tips of the stems to turn pale. And that’s one solid reason for using potting soil that lets out any excess moisture.

Over the years, while taking care of my cacti and succulent plants, I’ve learned that they most often don’t need any particular blend when it comes to feeding. However, you might find the need to boost its growth when the hormones are at their peak. Supposing you’re not familiar with the best fertilizer brands for cacti plants, then you can start with the Epsoma organic cactus mix. Apart from promoting the growth of roots, plant food helps with moisture retention and aeration. Mulch the topsoil with compost once your Cardon cactus has hit maturity, and use fertilizer once every month during the spring or summer season.

How to Propagate the Cardon Cactus

Like most other cactus species and succulent plants, it’s easy to propagate the Mexican giant using cuttings. You can also reproduce the Mexican Giant Cardon using seeds. However, seeds usually take a bit longer to sprout into mature plants compared to cuttings. To propagate, you’ll need a pair of sterilized scissors to dissect cuttings from the mother plant. Try not to take cuttings from a plant that’s showing signs of drooping or etiolation. Instead, use one that seems to have plenty of new growth and isn’t suffering from any disease. Look for stem cuttings with nodes where leaves will later emerge once the whole propagation exercise is successful. Cuttings need to be between 4′ to 6′ inches long.

Next, you’ll need to prepare the potting mix. And this step is easy since we just shared all the essential tips right under the soil and transplanting section. You want to avoid using ordinary garden soil to plant the cuttings as it might carry some harmful pathogens. These pathogens will compete for nutrients, and the cuttings won’t manage to form roots. To stimulate the growth of roots, you can dip the node ends into some rooting hormone before planting them. It’s, however, worth noting that any excess hormone will suppress the overall success rate.

Use a pointed object to poke a hole into the potting mix. After planting the cutting, gently squeeze the soil around it to make it firm. If you’re looking to grow a few cuttings in one container, make sure to space them out, so the leaves don’t come into contact with each other. Keep the soil evenly moist and place the container in a warm environment. You also want to keep it in a spot with filtered light.

Most members of the Cactaceae family, including the Cardon cactus, are prone to overwatering. Soggy soil breeds lots of fungal diseases. Your cactus is more likely to suffer from root rot if it sits in moist soil with a sluggish drainage rate. Fungi such as Diplodia and botrytis cause dark spots on your Cardon cactus plant, which later leads to dry rot. If you propagate your Cardon cactus using cuttings with a bacterial infection, then soft rotting is more likely to occur. On the other hand, yellowing of the entire foliage could mean that the cactus lacks some essential nutrients. You can treat nutrient deficiency by feeding your plant during the growing season.

Some of the pests you might need to deal with include spider mites and mealybugs. Spider mites will suck the sap from your cactus and leave it looking wilted. They like to attack cacti plants growing in areas with low humidity and poor air circulation. If the foliage is starting to turn brown, it’s best to inspect your plant for any infestation. Mealybugs can choose to attack different parts of the plant, such as roots or the spines. Their rate of reproduction is fast, and they like to suck juices from fluffy stems. Instead of synthetic pesticides, dip cotton buds in an alcohol solution and use them to get rid of mealybugs physically.