of 6
All about betany
Betony uses
How to grow betany
Betony care soil
Betony fertilizing
Harvesting betony
Betony Care: How to Grow and Harvest Betony in Your Garden
Buy Now 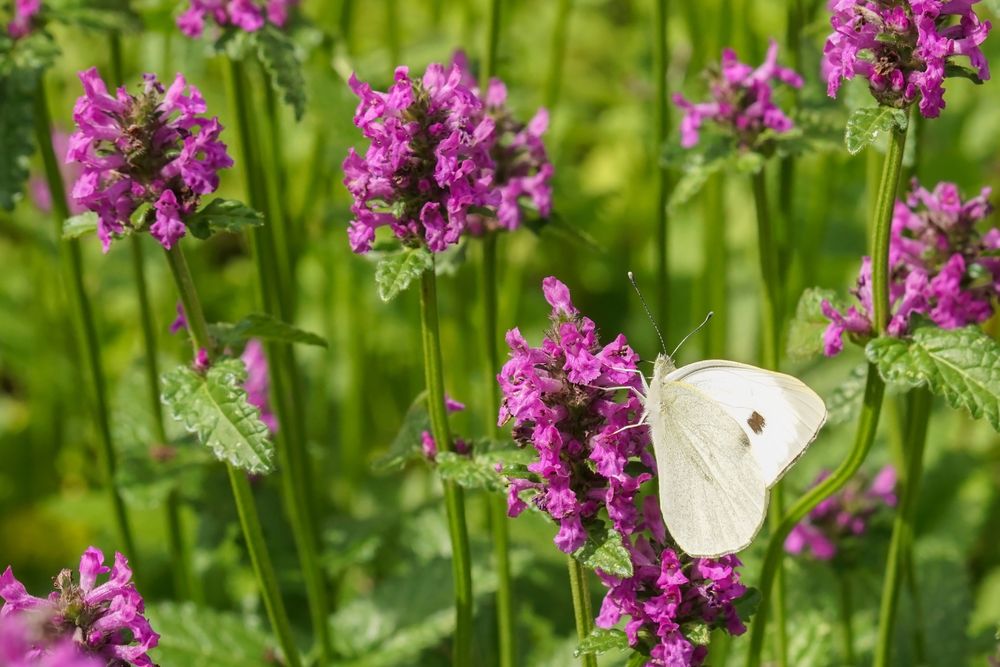 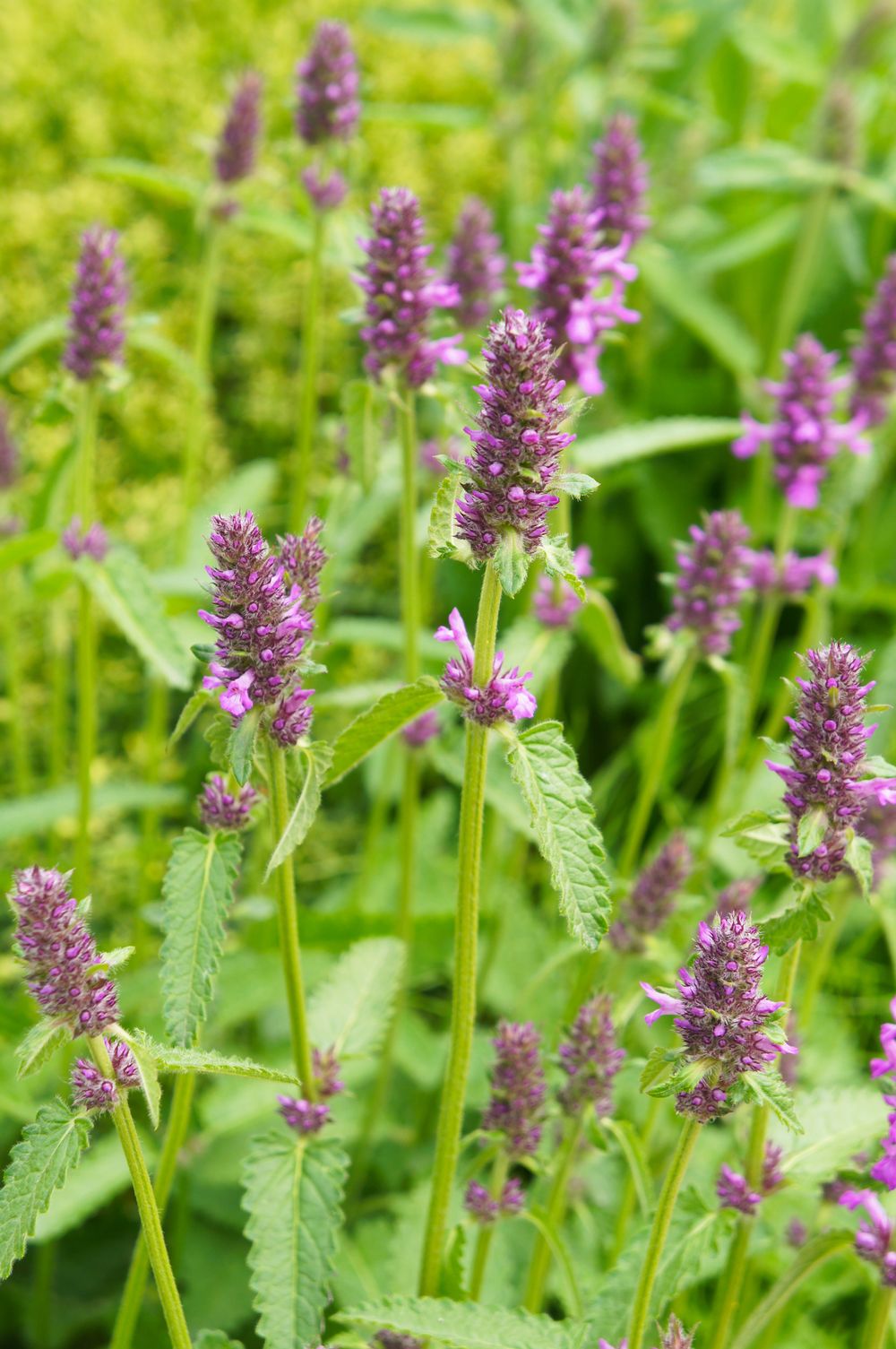 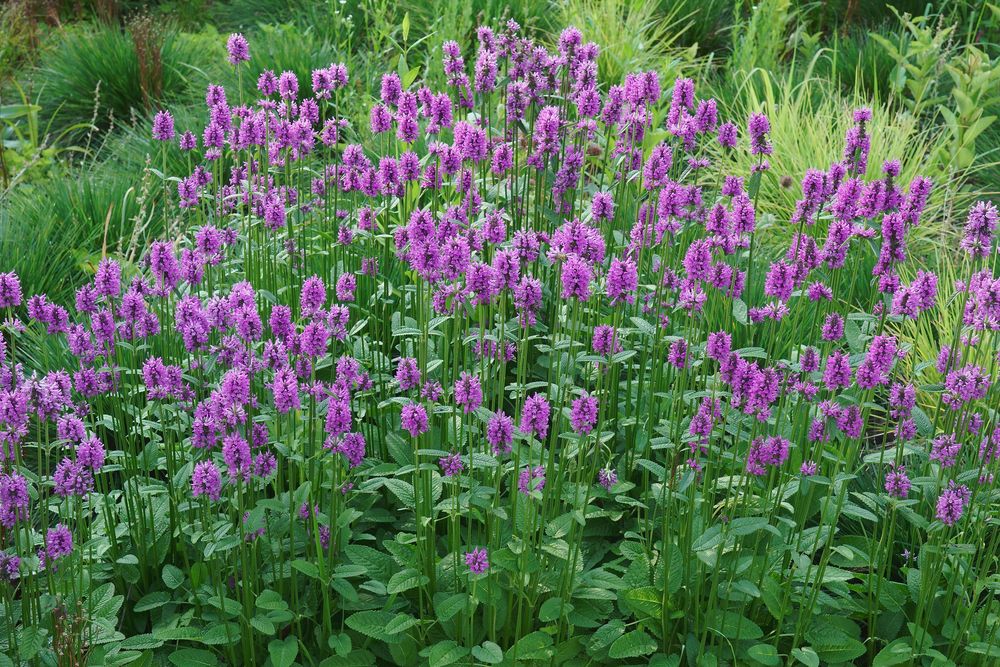 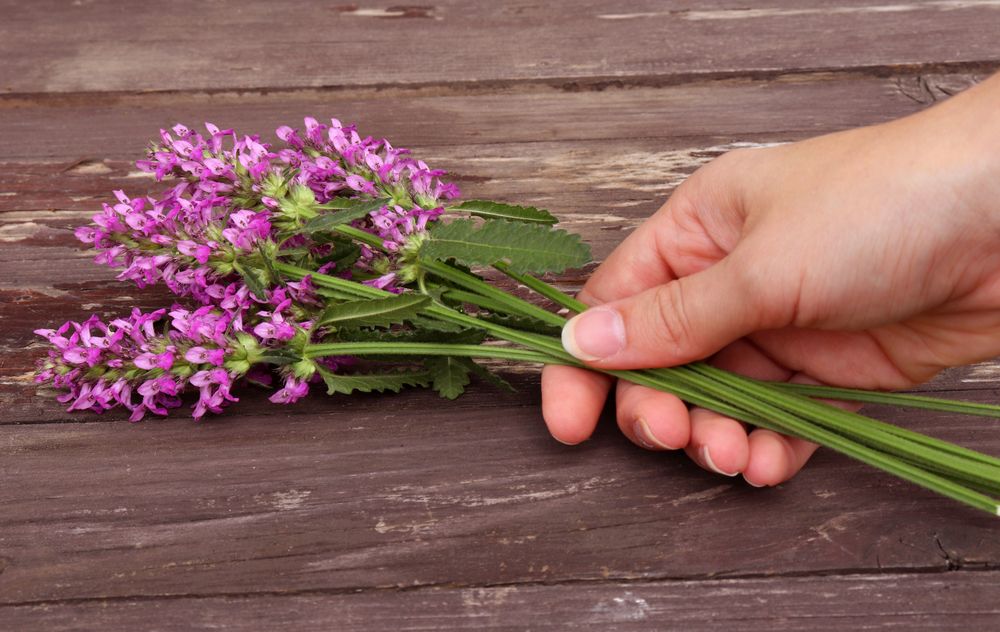 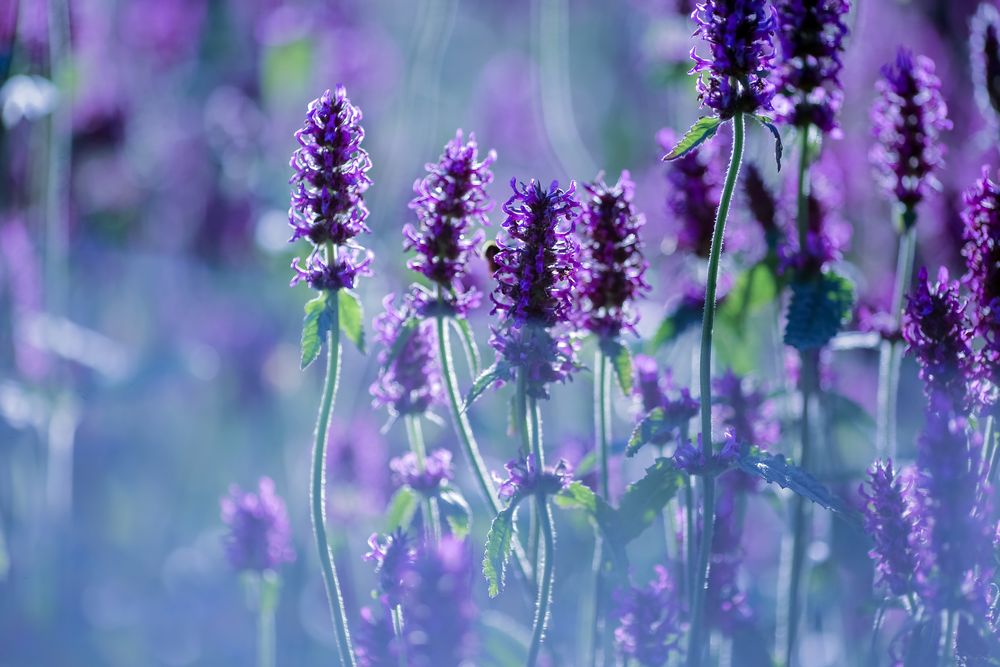 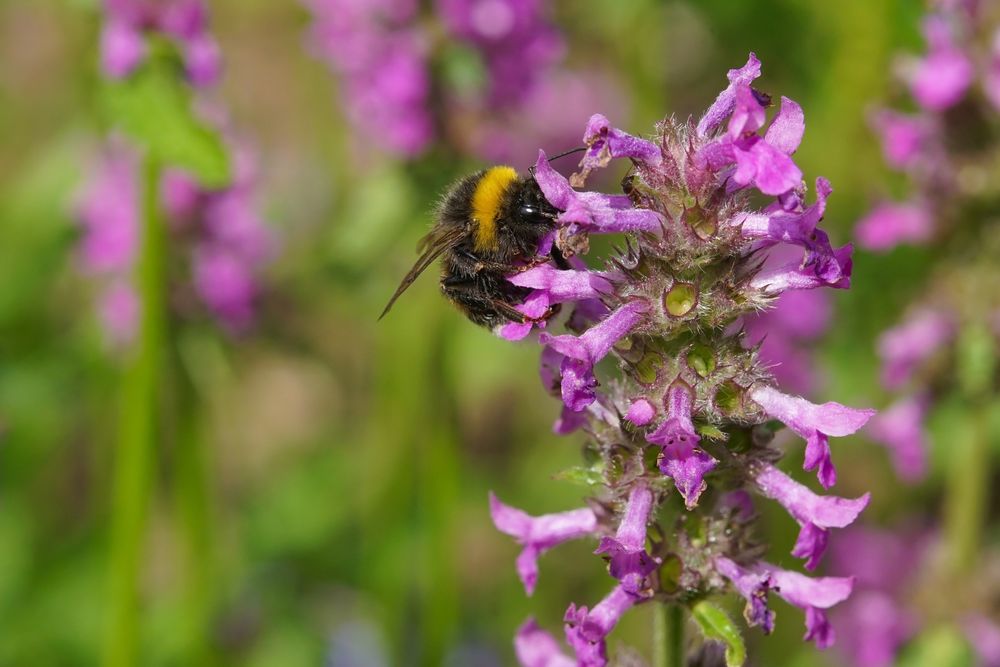 Betony is the grandstanding herb that completes your herb garden. With its pink flowers and small green leaves, it’s a festival of colors and a sight for sore eyes. Even if you have no use for its aromatic leaves, you can still grow it as an ornamental plant. 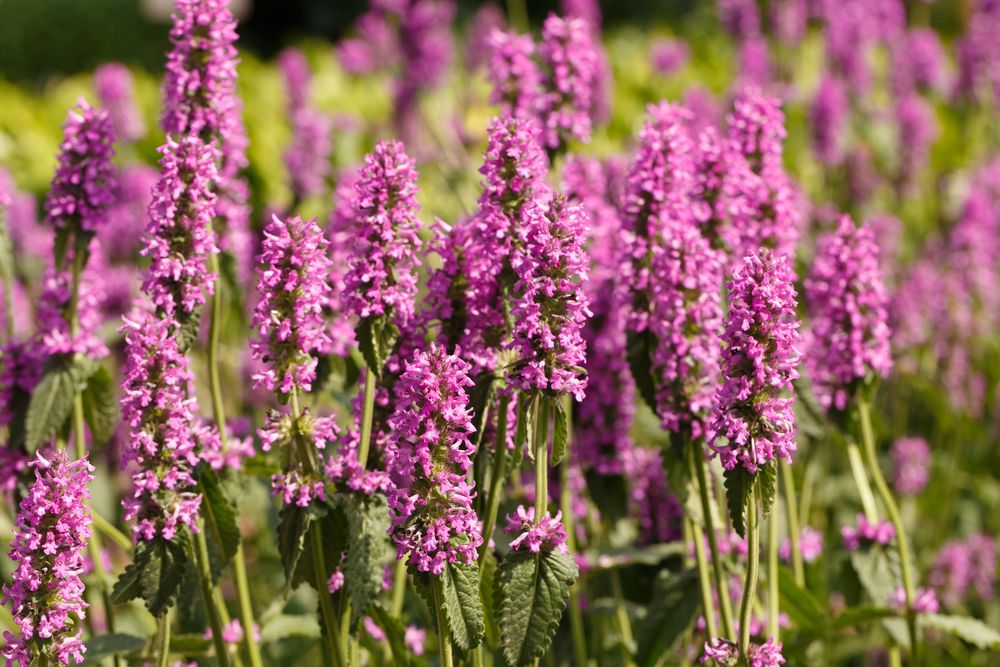 If you’re into herbal teas, you’ll be happy to know that betony leaves can replace black tea.

So this is a herb that is as useful as it is decorative. And just wait until you hear about its purported healing properties; betony and homeopathy are thick as thieves.

Betony is an indispensable herb with many qualities that rewards the little work you put in with wonderful colors and medicinal benefits.

So if you’re wondering what betony is used for or how to grow it, this article has got you covered. It details how to start the herb from seeds, how to care for it, and when to harvest its delicious leaves.

So you won’t have trouble starting it in your garden since it’s already acclimatized to zones 7 and 8.But living outside those zones shouldn’t stop you from growing it indoors or in a greenhouse.

Since the herb grows to about 24 inches, it needs plenty of space, especially if you’re growing more than one plant. And for a showy herb like that, it’s usually the norm to plant between 5 to 7 plants in the garden, whether or not you plan to harvest its leaves.

The leaves are oval-shaped with a base that looks like a heart. Meanwhile, the bright green surface is a little wrinkled with serrated edges.

You won’t see any blooms in the first year, and the foliage is usually sparse. But pink flowers bloom in the second year’s summer and remain open until September. Although small, their long bloom time makes them a delight for any garden.

What makes betony useful is that it attracts bees and other pollinators to your garden. So if you have veggies or fruits that bloom in the summer and early fall, betony will keep a steady stream of bees and butterflies for pollination.

As for companion plants, you should grow betony with mint, sea holly, and Russian sage but not with parsley or chamomile.

What is Betony Used for? 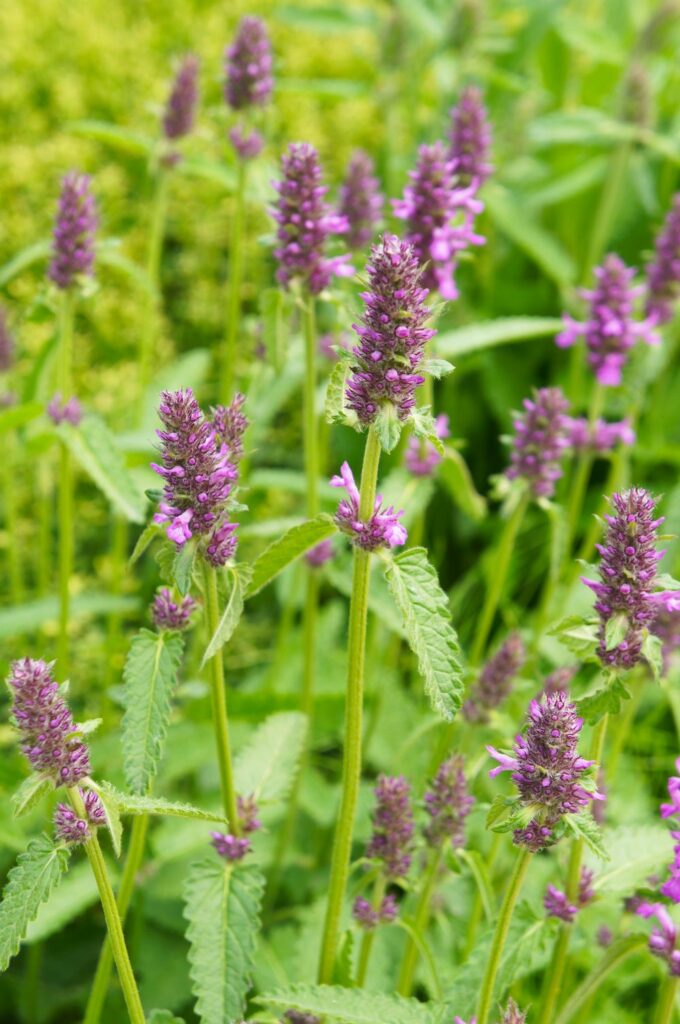 The legend of betony’s healing powers has persisted throughout the ages. In the Middle Ages, Europe was raving about the herb and all the wonders it achieved. Its presence in Chinese traditional medicine is undeniable as well.

Here’s a rundown of its uses throughout history:

You should never use betony as a medicine until checking with your doctor. Science has yet to prove any medicinal benefits of the herb.

How to Grow Betony

As with many herbs, the best way to start betony is with seeds, which you can find online and in local nurseries. If you have access to some mature plants, you can collect their seeds in the middle or late fall.

Here’s how you can grow the herb:

Although betony has a slow growth rate during the first year, it requires less attention when it establishes.

However, patience is a virtue, so don’t try to overfeed the herb hoping to grow faster. That could backfire, and the plant would wilt due to too excessive fertilization.

Betony thrives in well-draining and rich soil. The soil texture should be loose but not too loose so that it doesn’t retain moisture for long.

As such, loamy soil is ideal for growing this perennial. Amend your clay soil with coarse sand to loosen it and add lime to improve its acidity.

On average, the soil should be between neutral and slightly acidic (between 6.0 and 6.8 acidity level when testing the soil).

Betony needs regular watering during the first year: 1-2 inches of water per week should do in the spring and summer. In microclimates where the rainfall averages 1 inch per week, you don’t have to water it at all.

However, it’s essential to keep the soil moist throughout the growing season. At this stage, the plant is young and totally depends on you, so don’t let the soil dry out and keep the watering shallow.

If the top soil dries out too fast, consider using mulch to improve water retention.

The herb gets established by the second year, so you can cut back the watering to 1 inch per week; it should be deep to encourage the roots to grow more robust.

During the growing season, allow the top 2 inches of soil to dry out between irrigations for established plants.

As a perennial herb, betony thrives in rich soil with plenty of organic materials mixed in.

But since it’s known for its longevity, the nutrients in the soil will deplete; eventually, you’ll have to apply more fertilizers.

It could take up to 3 years before you notice any signs of nutritional deficiency, such as yellowing leaves, scarce flowers, and blooms dropping before their time.

In that case, side-dress with organic compost once every 4 weeks during the growing season to preserve the natural flavors and aroma of the leaves. If you aren’t using the leaves for herbal tea or medicine, switch to chemical fertilizer since it’s more effective.

Try a custom 5-10-10 fertilizer to improve the blooms (only if the foliage is fully developed). If the plant struggles when nitrogen is low in the soil, use a balanced liquid fertilizer to boost its growth.

Betony needs as little pruning as possible during the first two years. But once it starts to bloom, you’ll need to deadhead the flowers to trigger more blooms every summer; this is the secret of its long blooming time.

Left alone, the flowers will go to seed, and the plant will stop flowering shortly afterward.

Another need for pruning is the herb’s self-seeding quality. If you allow the flowers to have a full life cycle, more plants will grow each year.

In general, betony has a slow growth rate, taking 2 to 3 years to cover the ground. After the third year, light pruning is recommended now and then to keep the herbs in good shape.

Here are our tips for harvesting and storing betony:

It depends on the species and where it’s growing. Some species can be quite aggressive and may spread rapidly if left unchecked, while others are more docile and pose little threat to surrounding plants.

Is wood betony perennial or annual?

Yes, most species of wood betony are perennial plants. This means they live for more than two years and typically bloom each year.

Is wood betony a sedative?

Some people believe that wood betony has sedative properties and can help relieve anxiety or stress. While there is no scientific evidence to support these claims, some people swear by its calming effects.

It depends on the species. Some varieties are quite bitter, while others have a more minty flavor.

Where does betony grow?

Wood betony is native to Europe and Asia, but can now be found in many parts of the world. It typically grows in open woodlands, meadows, and fields.

So, if you’re looking for an easy-to-grow perennial that is deer-resistant and drought-tolerant, betony should be at the top of your list.

With a little bit of care, this herbaceous plant will provide years of enjoyment in your garden.

Have you grown betony before? What tips would you add to our list?