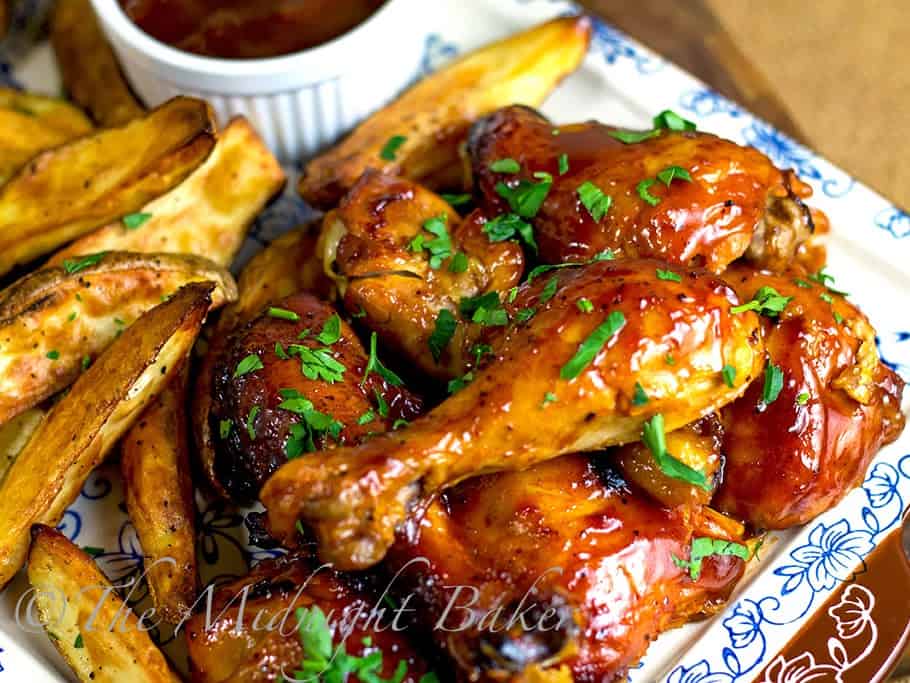 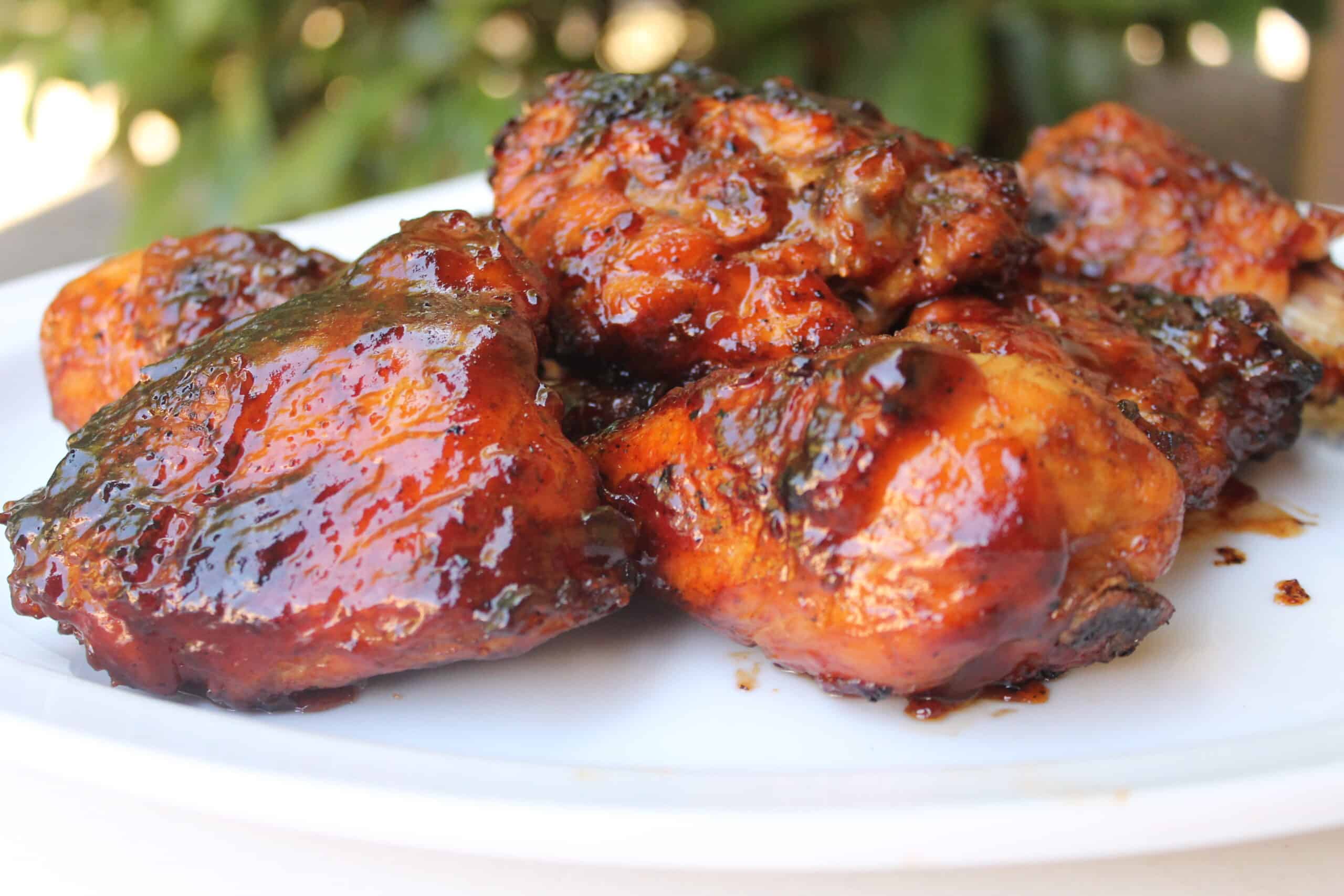 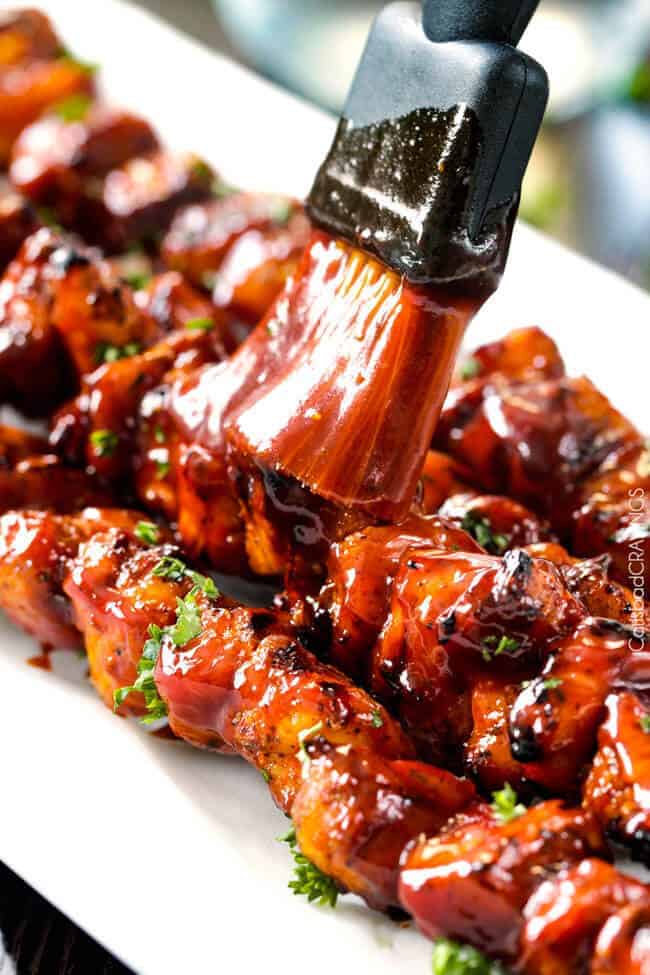 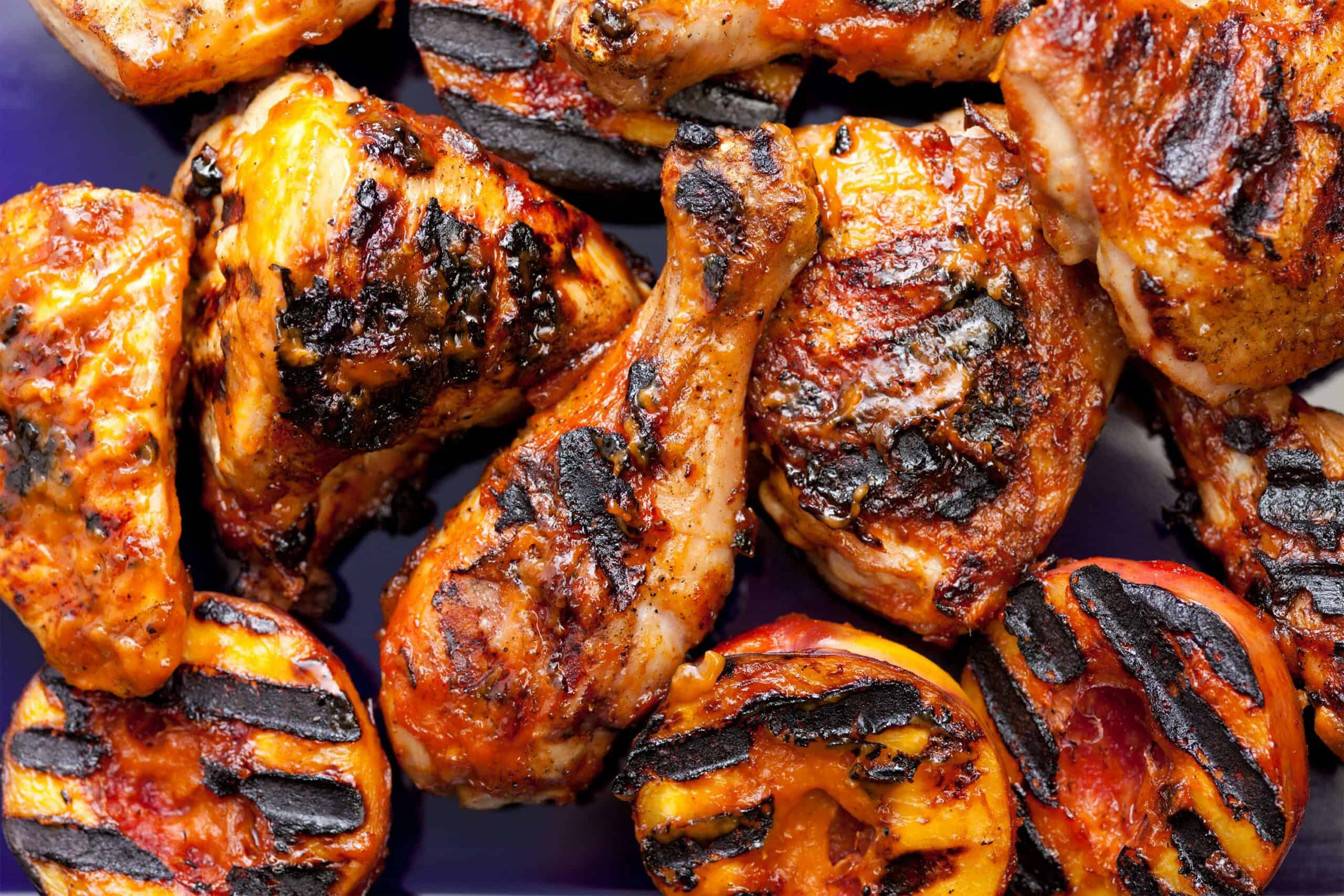 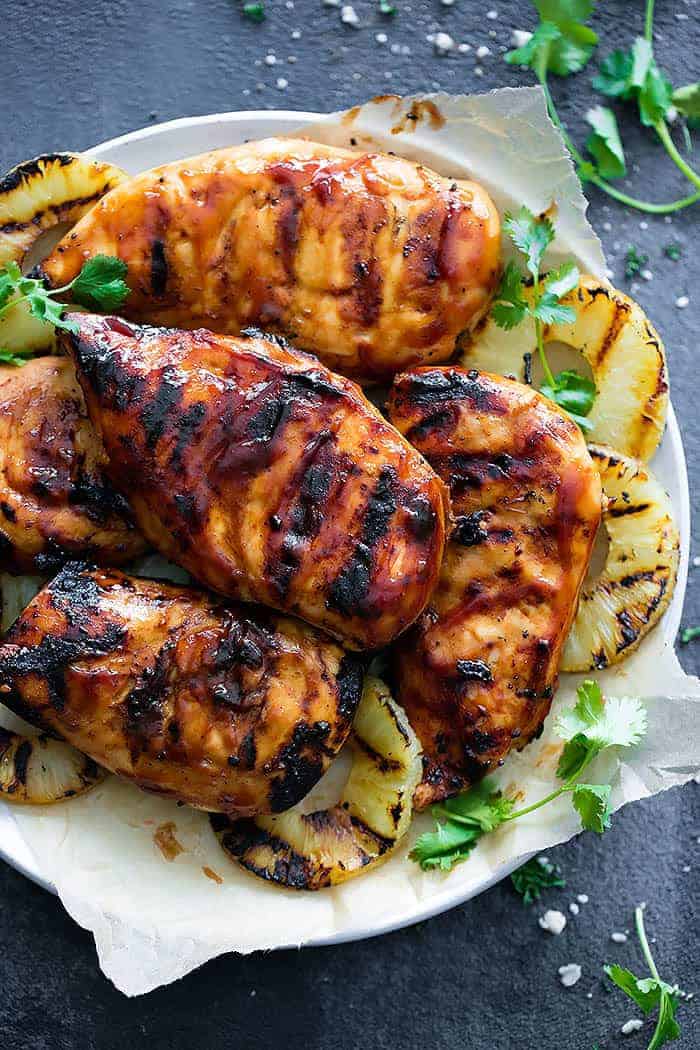 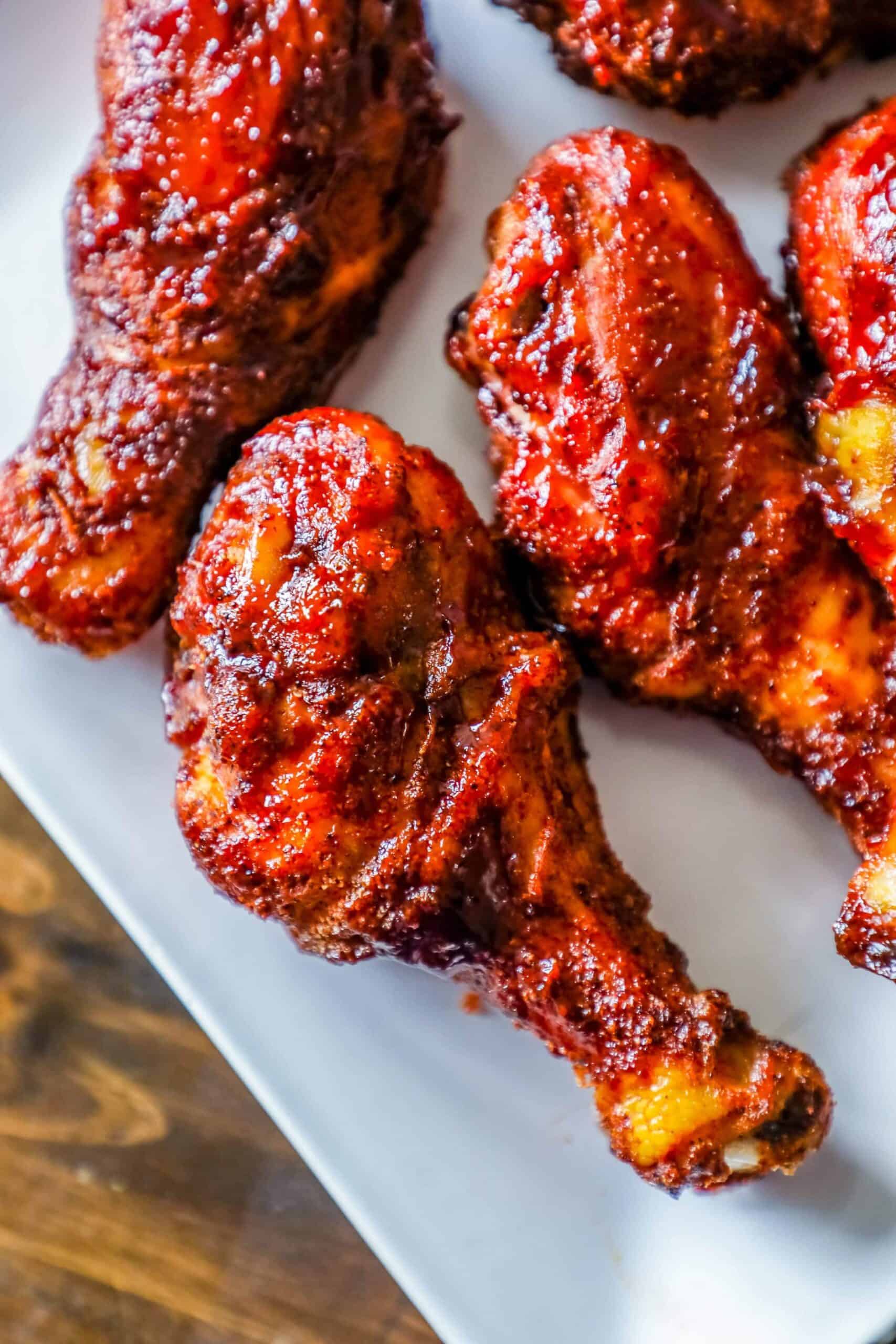 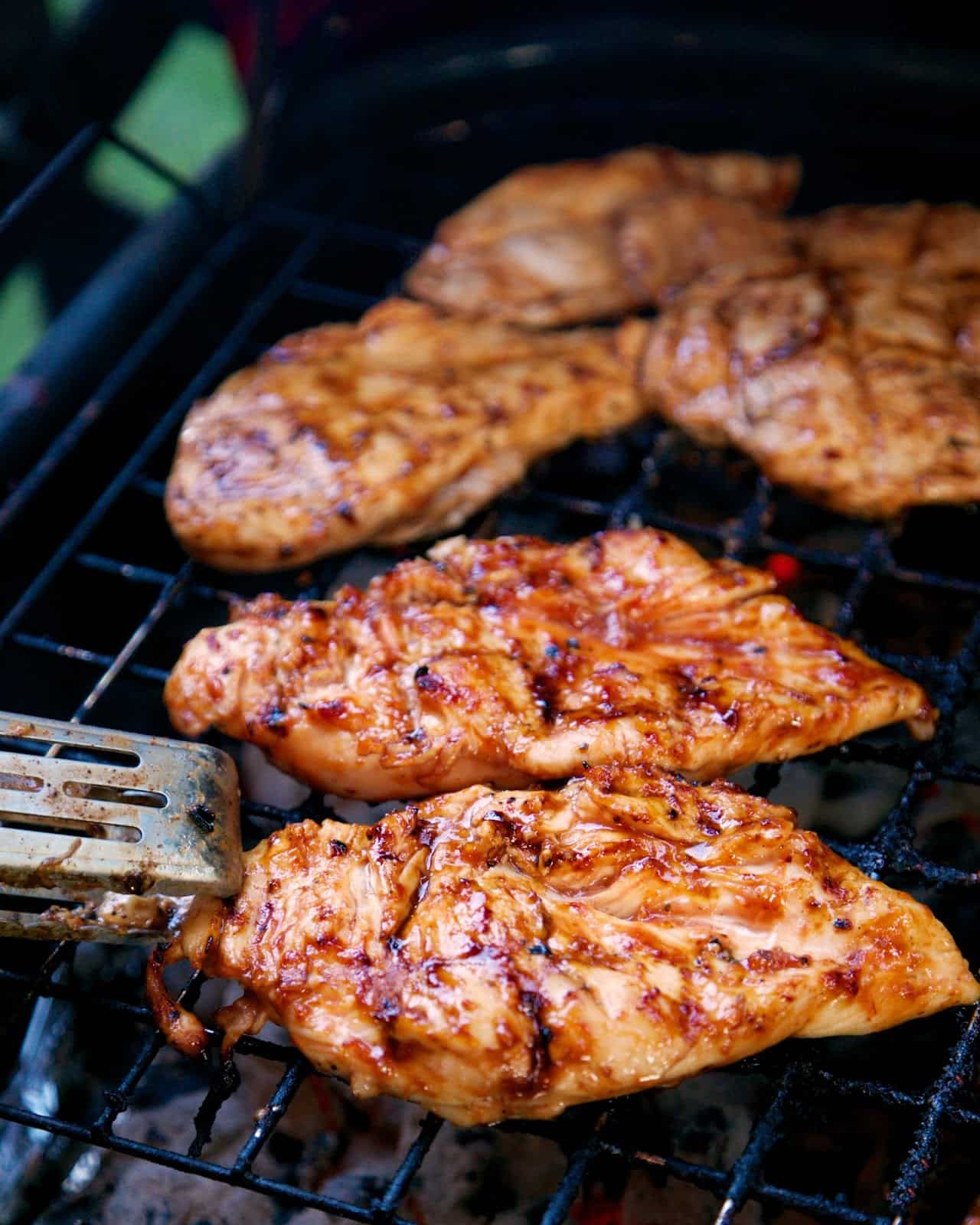 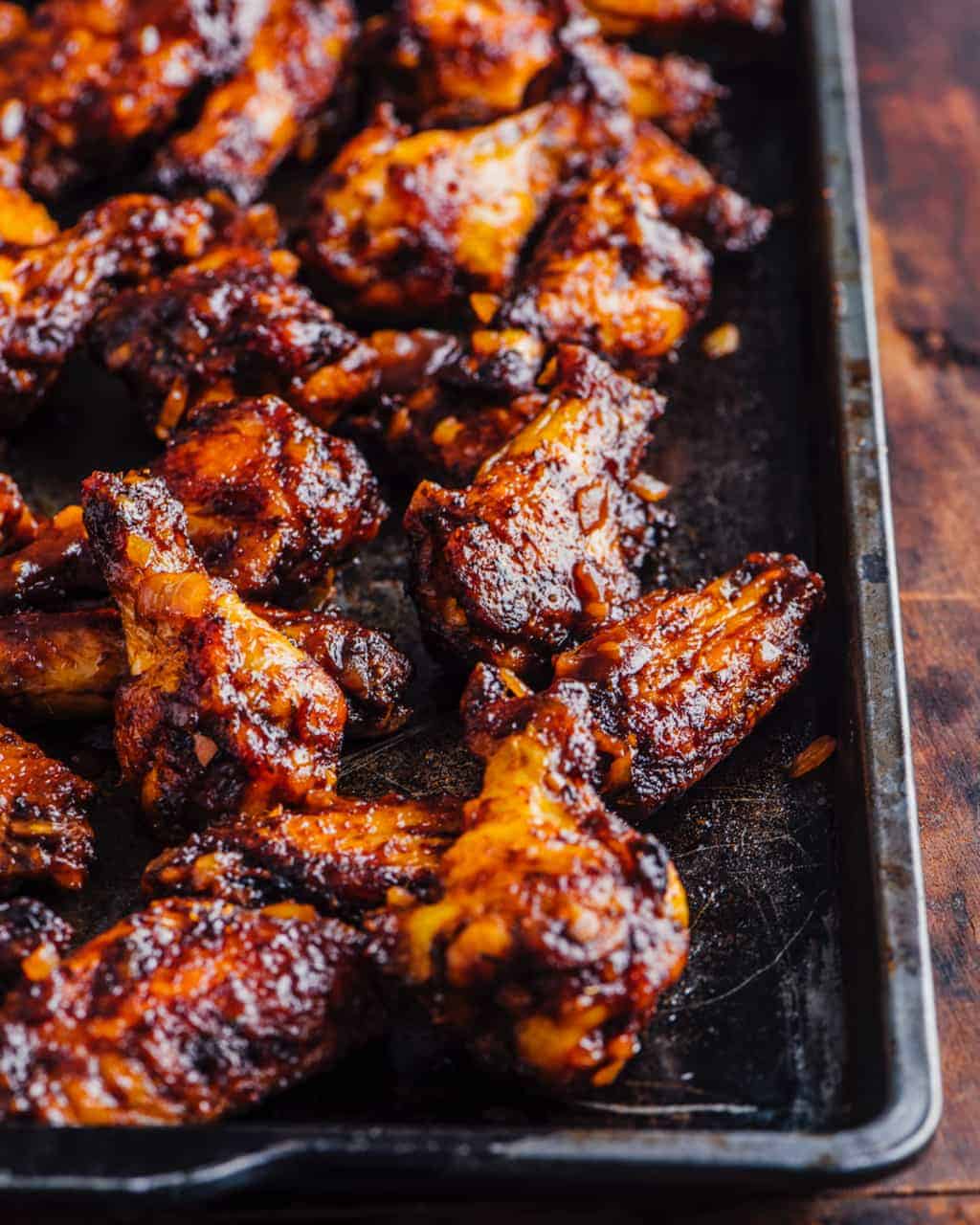 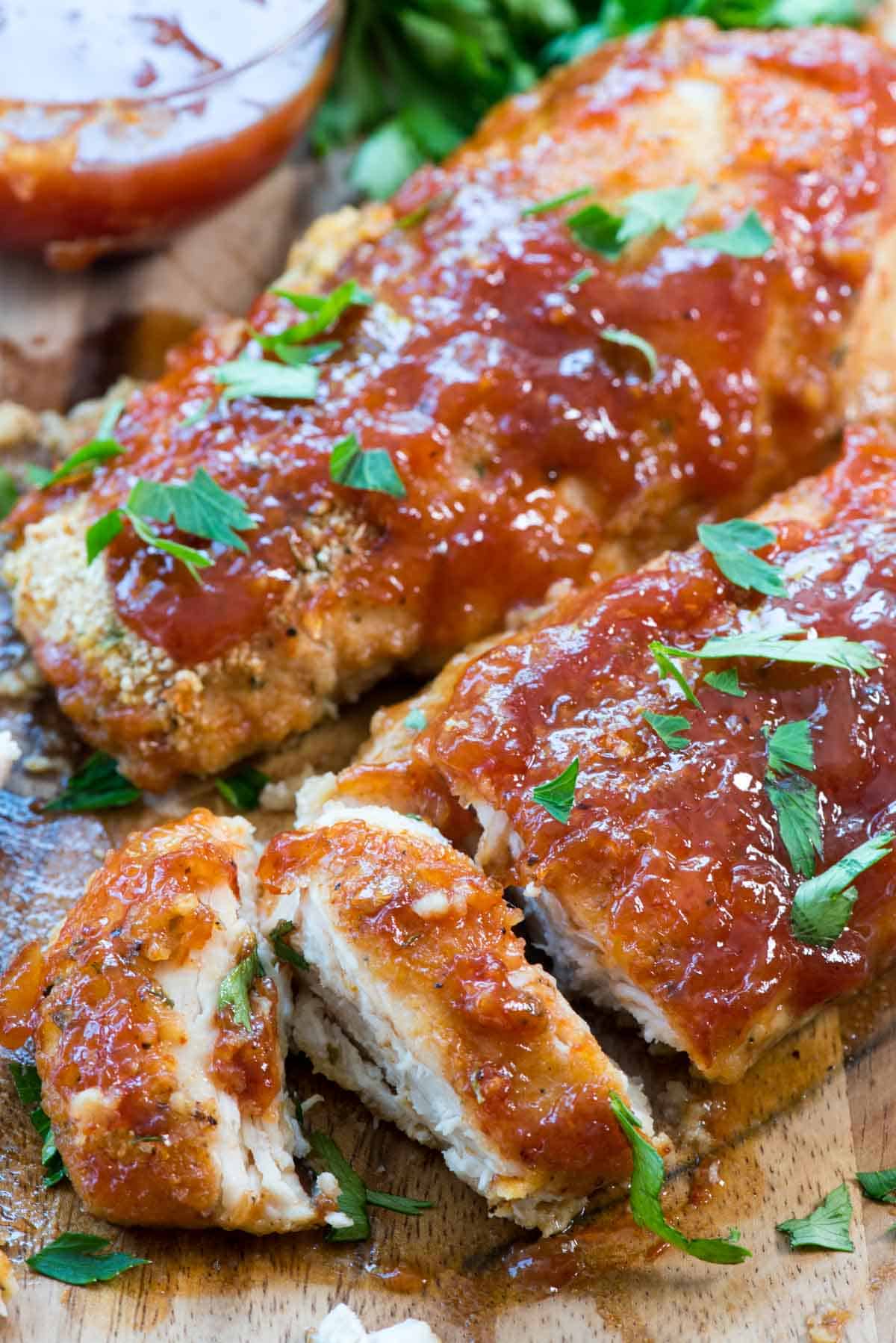 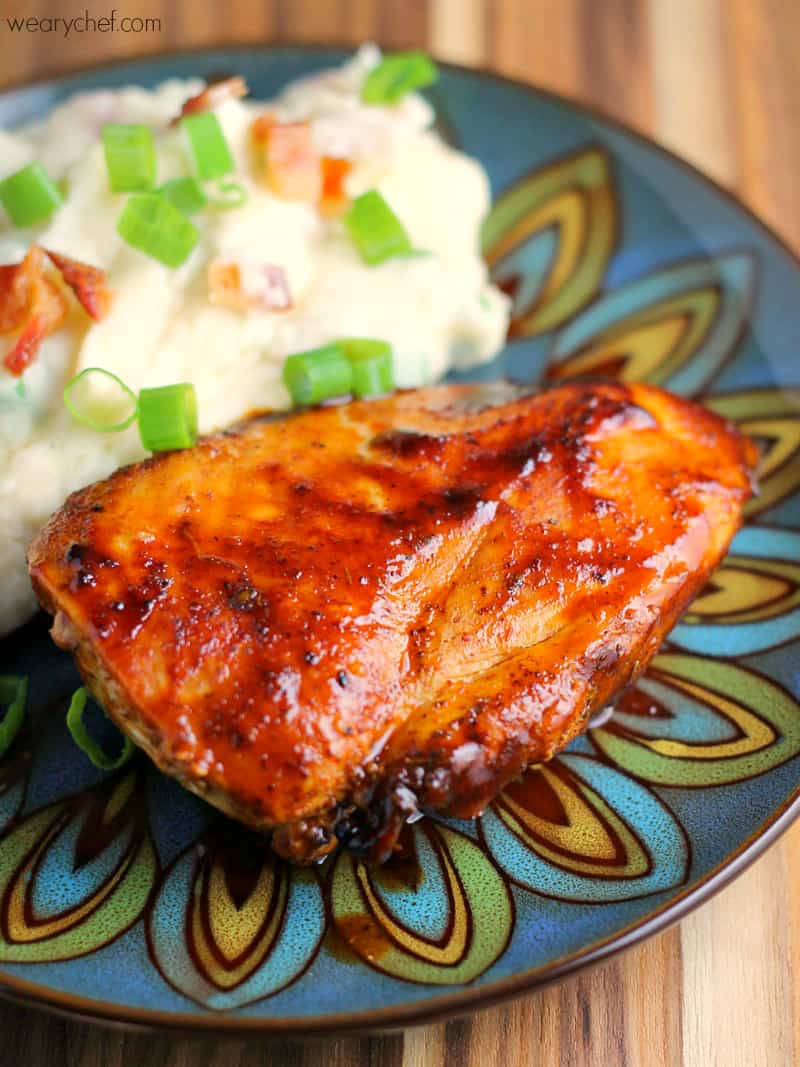 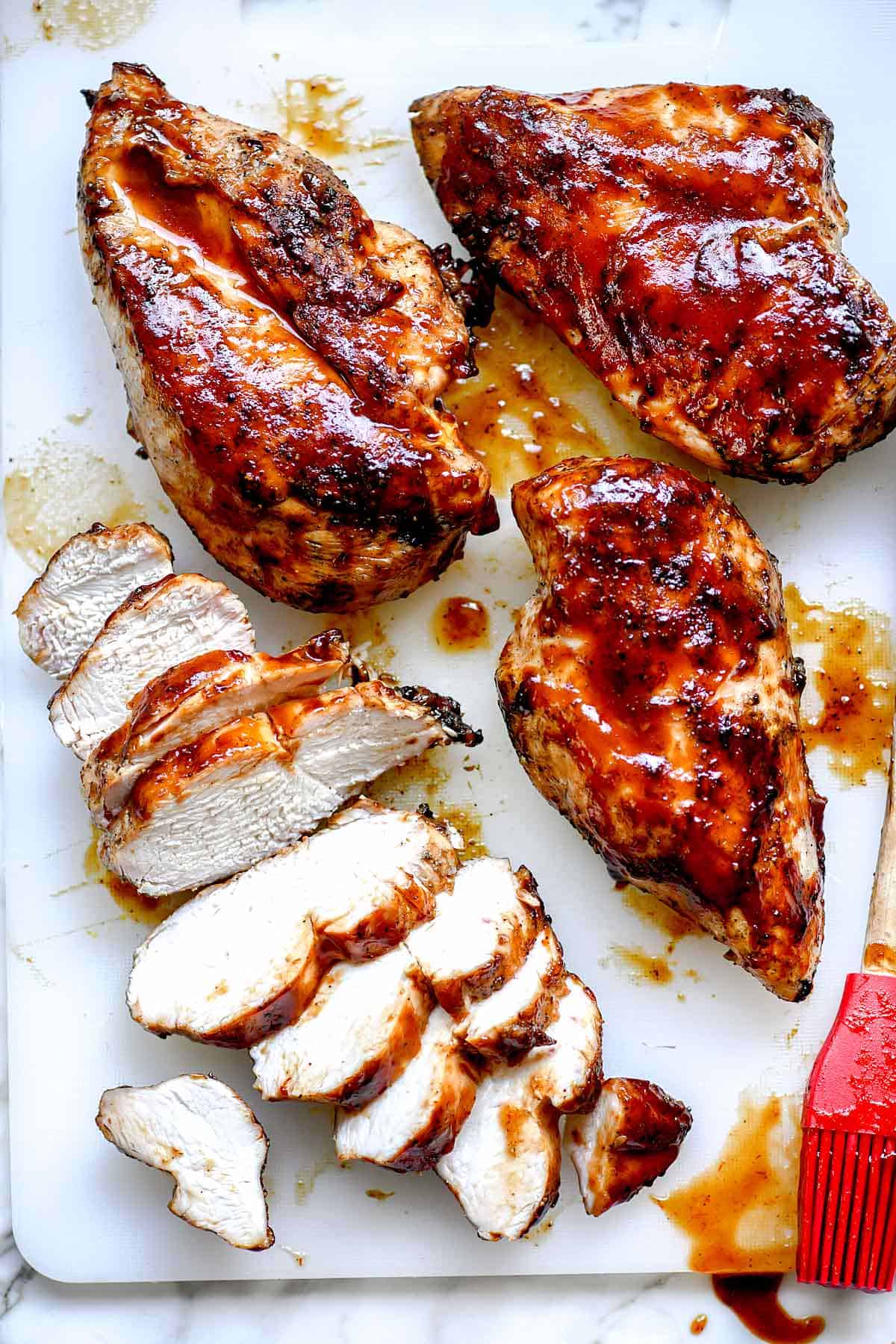 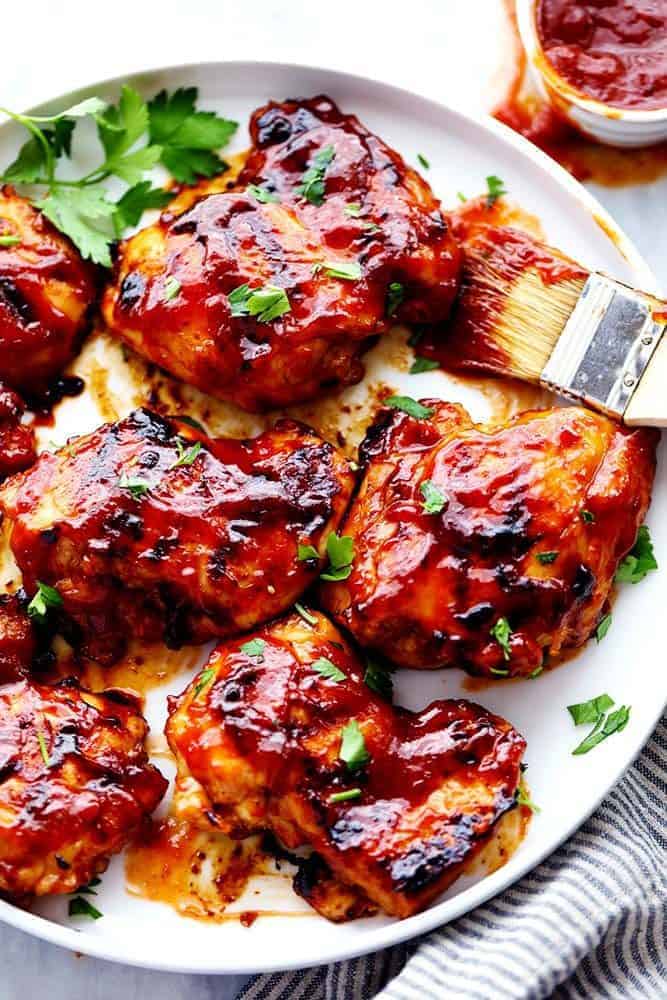 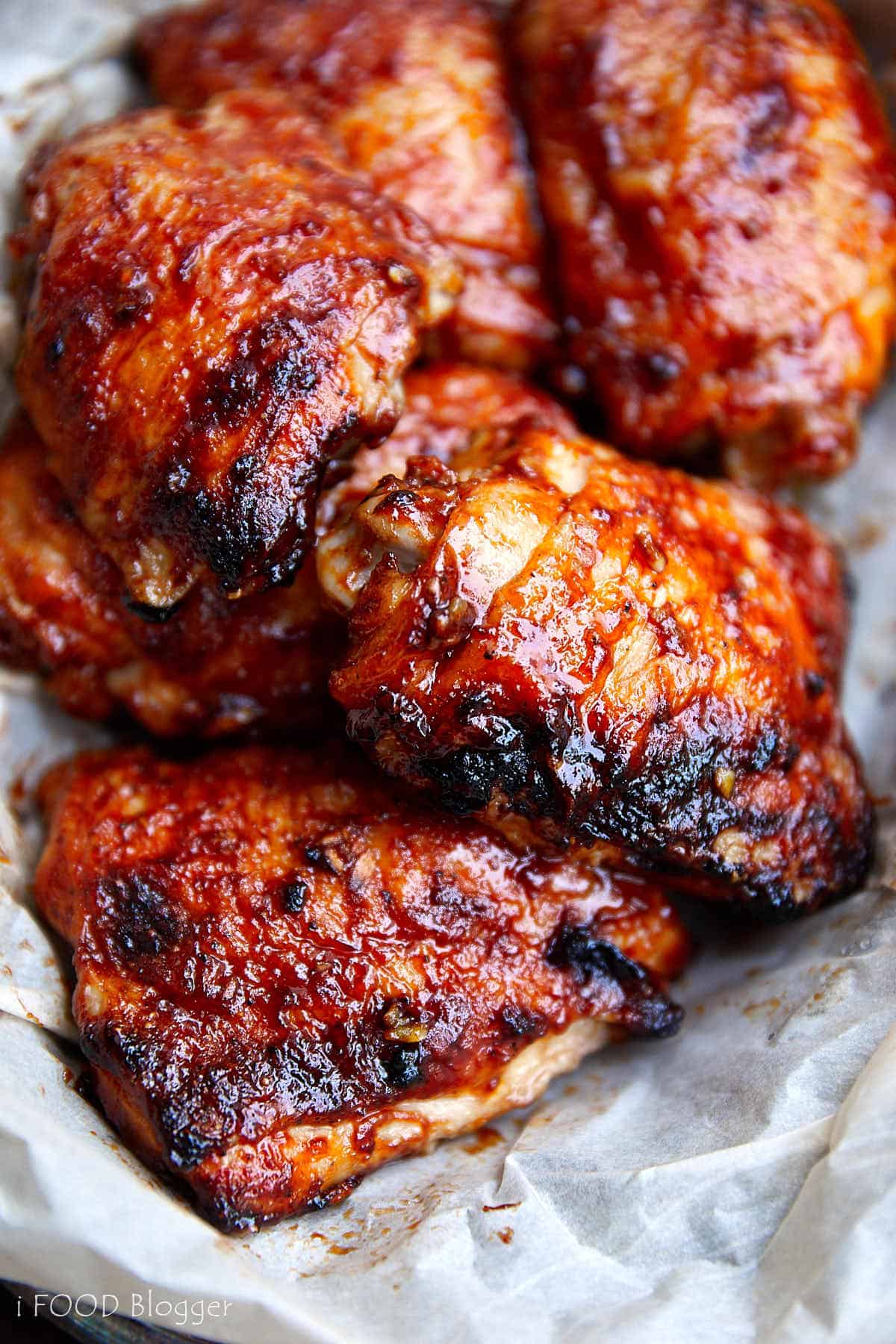 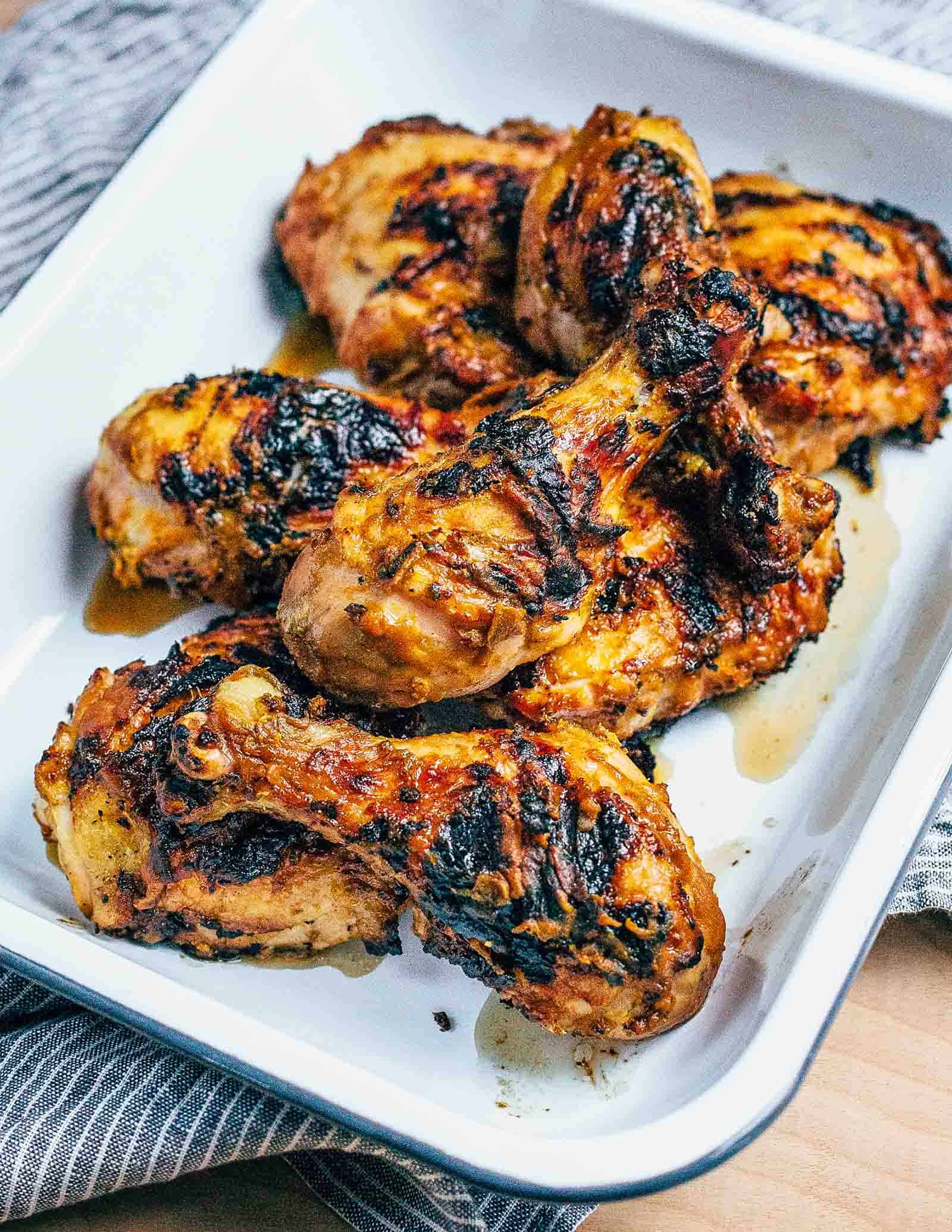 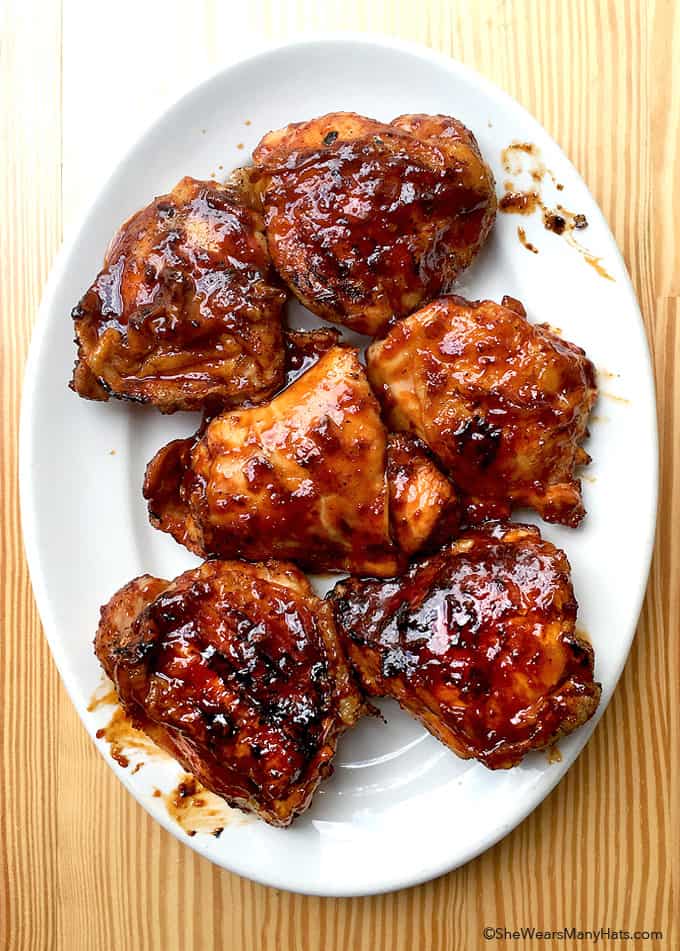 Now that summer has finally arrived where we live, barbecue season has begun in full force! We’ve already used our own BBQ several times this year, and we can tell that all of our neighbours have gotten started on their own grilling endeavours as well, because the whole block smells delicious every evening. One of our family’s very favourite things to make and eat during the summer is simple, classic BBQ chicken, but we’ve been feeling a little more experimental than usual lately. That’s why we’ve been combing the Internet for awesome alternative recipes that will help us put at least a little more of a unique spin on our grilled chicken than usual, just to keep things exciting.

Are you feeling just about as enamoured as we were, if not more, with this concept of learning how to make new kinds of BBQ chicken? Then take a browse through our list below, which contains the 15 very best recipes and ideas that we’ve discovered in our search so far!

Are you the kind of person who does like to put the occasional spin on an old family favourite, but you also like to keep those changes pretty subtle since you’re also trying to accommodate at least one slightly picky eater? In that case She Wears Many Hats might have the perfect recipes for you right off the bat. This tutorial for Korean BBQ chicken teaches you how to make a scrumptious dish that’s almost the same as the classic version you’re probably used to, but with a slightly tangier sauce that they fully teach you how to prepare from scratch.

Have we really hit the nail on the head with all this talk of adoring BBQ chicken but you’ve also always wondered whether there isn’t a slightly less messy and saucy version out there that you can try, without losing a whole lot of flavour? Then we have a strong feeling that you’d get along very well indeed with this next concept from Simply Recipes! Their tutorial walks you quite simply through the steps of making grilled chicken with Souther Caroline style BBQ sauce that packs a lot of flavour but without quite so much finger-lucking after each bite.

Just in case you’re a bit of a beginner when it comes to preparing barbecued dishes and you’re merely looking to branch out when it comes to the kinds of basic BBQ chicken pieces you can make, here’s a very simple guide from Craving Tasty to start you off. Rather than working with classic chicken breast cutlets this time, their tutorial will teach in detail how to prepare BBQ chicken thighs instead, for a slightly different flavour and texture experience.

Now, we’ve met some people before who claimed they found a lot of BBQ sauce recipes a little too sweet, but we’re the total opposite. For us, the more sweetness there is involved in a BBQ sauce, the more we actually find that the tangy elements in the combination sand out! That’s probably why we loved this recipe from The Recipe Critic so much. They show you how this honey chipotle BBQ chicken was made, to give you that sweetness you love but also add a little extra kick.

Have you actually been scrolling through our list hoping to come across a very basic recipe indeed, because you’ve never actually tried making any kind of BBQ chicken before and you’re here to learn how for the very first time? Then we’re pretty sure this recipe from Foodie Crush is the perfect place for you to start. Take a better look at their page to learn more about how they made these juicy, boneless BBQ chicken breasts.

Are you actually currently in the rather unfortunate position of loving the taste of BBQ chicken but not actually possessing or having access to an actual BBQ on which to prepare your beloved dish this summer? Well, don’t despair just yet, because The Weary Chef actually haas a solution for you! Check out their tutorial to see how they made this stovetop BBQ chicken that doesn’t require a grill at all but still gives you all that classic taste you’ve been missing.

Of course, we’d be quite remiss as foodies ourselves if we were to ignore the fact that not everyone who’s missing a grill this summer feels like working over their hot stovetop. If you’d much prefer to prepare your dinner in the oven, where you don’t have to keep quite such a consistent eye on it, then Crazy for Crust has the perfect alternative for you! Their recipe shows you how these oven baked BBQ chicken pieces were made instead.

If there’s one thing we can confidently say that we love eating just as much as we love grilling BBQ chicken breasts in the summer, it’s chicken wings! In fact, “wing night” has been known to turn into a whole-street event in our neighbourhood in previous years. We’re sure you can imagine, then, just how excited we were when we discovered this recipe from Steamy Kitchen that lets us enjoy the simple, classic flavour we love but in the fun, shareable way that only wings can really provide. Check out their site to see how these oven barbecued chicken wings were made (you read that right; you don’t even need a grill to do them)!

Are you actually still finding yourself thinking a lot about the different options you might find for putting subtle and slightly more international flavour changes into your BBQ sauce, just to keep your delicious grilled chicken breasts tasting varied and interesting? Then we’d be willing to bet that this next recipe from Plain Chicken will really appeal to you. They show you step by step how this 3-ingredient Italian BBQ chicken was made.

Have you always had a soft spot for the entire process of making and eating chicken wings but you’re also a person with a big appetite and sometimes you need something a little more filling? Well, especially if you’re also a big fried chicken fan, then we’re basically convinced that this next recipe from Sweet C’s is the one for you. Check out how they made these crunchy baked BBQ chicken drumsticks in surprisingly few steps!

Just in case you’re still thinking about this whole concept of BBQ chicken recipes with flavourful international influences but you’re also feeling intent on collecting as many different options as you can, here’s another one for your list! This recipe from The Recipe Critic is a little more unique and offers up a citrus flavour that we found quite complementary and delicious when we tried this dish out for ourselves. Visit their page to learn more about their grilled Hawaiian BBQ chicken!

Are you feeling rather interested indeed in this whole concept of BBQ chicken that involves some kind of fruit-based element as well, just for a deviation from the norm, but someone in your family is allergic to or dislikes pineapples specifically? Well, that doesn’t have to mean you’re out of options! Instead, we’d absolutely suggest taking a look at how Chow Hound made these absolutely phenomenal grilled chicken pieces with nectarine BBQ sauce.

Maybe you’re feeling pretty confident in your choice to keep a classic BBQ chicken taste, but you’re also still curious about the different ways that your chicken can be presented and served? Of course, flavour isn’t the only way that you can change things up in just a few easy steps. We’d encourage you to check out how Carlsbad Cravings made these fun and easy to eat BBQ chicken kebabs instead.

For those of you who do love a classic BBQ chicken dish but who also aren’t opposed to adding a little extra depth and richness to their sauce specifically, here’s a recipe that might have precisely what you’ve been holding out for. The ingredients list and instructions featured on iHeart Recipes will walk you through everything you need to know in order to make hickory smoked BBQ chicken that practically tastes gourmet.

Are you still feeling absolutely convinced that this week is the perfect time to make your first batch of BBQ chicken of the summer, since you’ve been craving it for weeks now, but you’ve actually been to busy to get the grill properly prepared and running for the season? Well, luckily for all of us, The Midnight Baker has an alternative option for you that’s super low maintenance and tastes just as good. Check out their tutorial to see how easily this slow cooker BBQ chicken was made.

Do you have another DIY enthusiast and foodie friend who has been hoping to explore new BBQ chicken recipes rather than always making the same thing, but they’ve been having trouble finding unique ideas? Share this post with them so they have all kinds of awesome ideas and flavours to choose from!