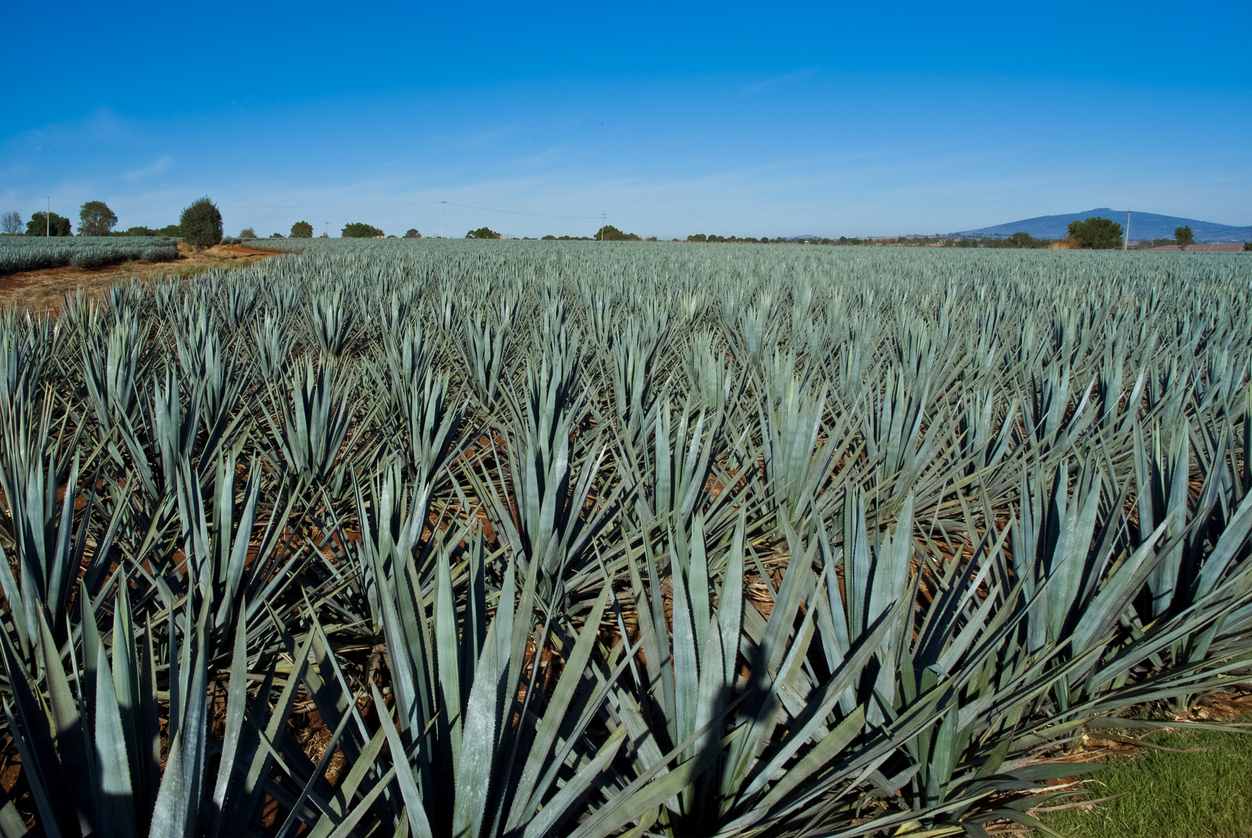 Giving a solid facelift or overhauling the landscape in your home garden entirely might seem like a great deal of effort. But that wouldn’t be so if you went for a succulent such as the Blue Glow plant which remains robust and full of vigor all through the seasons. 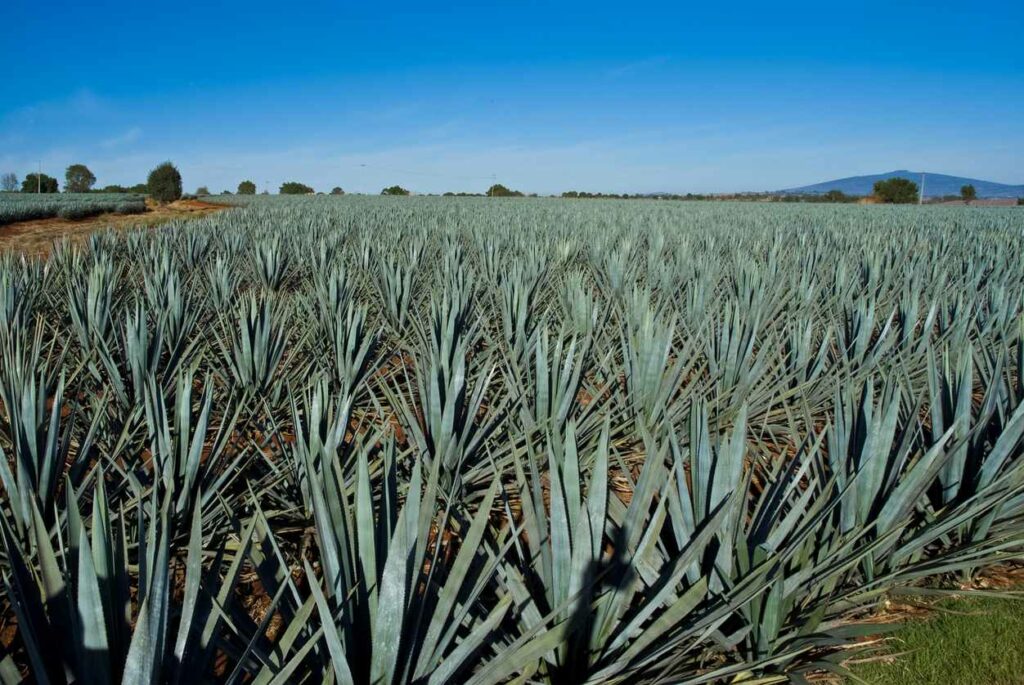 It’s a perfect plant for bordering and brings a striking contrast especially if you’re looking to grow it alongside other outdoor plants. Follow through this guide so you can grasp all it takes to grow and nurture this Agave variety.

Agave ‘Blue Glow’ at a Glance

Agave is a Greek name that means adorable. And the most part that makes it draw this attribute is its record-breaking nature to yield tall leaves and bloom just once during its lifetime. Even though this succulent is a slow-growing type, it produces a stunning rosette pattern of blue-green leaves that have saw-like margins.

While it takes about 7 years for your Blue Glow plant to mature, you’ll begin to see some tangible results every spring or the early weeks of fall after propagating it. This particular hybrid is just one celebrity landscaping plant among over 200 varieties under the Agave genus. Apart from holding a solid tolerance against drought, this plant is also deer-resistant and doesn’t react to soluble salts in hard water.

Blue Glow is usually a bit smaller compared to other Agave types you might come across. It grows up to 18” inches in height but can reach 24” inches if you hone its growing conditions. It also spans to about 2” or 3” feet during its lifetime. As a slow-growing succulent, one of the best times to propagate your Blue Glow plant is during spring or the early months of fall.

Before choosing the right potting soil, it’s essential to keep in mind that this plant is drought-tolerant. It preferably needs soil that’s slightly acidic and is partially sandy, to make it a bit more aerated. If you want to plant it in a growing pot indoors, the Agave Blue Glow plant thrives better in the close company of other houseplants.

Having a few intrinsic succulent traits, this plant grows robustly outdoors, especially in rocky soil. If possible, sterilize the potting soil by heating it to about 95 degrees Celsius. This helps make the soil free from weeds or bad bacteria that causes the plant’s well-being to deteriorate. Adding perlite allows the soil to have more air space, while peat moss retains moisture and releases it whenever the plant needs it.

Unfortunately, the Agave ‘Blue Glow’ plant only blooms once during its lifetime. After the flowers finish producing berry seed pods, the plant dies. It blooms bell-shaped flowers that stick around for quite some time and come in various shades of yellow, white, and green. If you’re looking to grow your Blue Glow plant indoors, chances are so slim that it will bloom any flowers.

The soak-and-dry method is perfect for plants with watering needs similar to succulents. Since the Blue Glow is primarily a drought-resistant plant, it can still beat through intense neglect without the leaves showing any signs of getting slumpy. After propagating this plant, you want to start out by watering it every 4 days during the first month.

Once this period lapses, water it once a week then space out the intervals, depending on the present humidity levels. Remember to water it regularly anytime the temperature hits a record high. We’d recommend not fertilizing this plant since that would accelerate its blooming which eventually causes it to die.

Besides growing lavishly in well-draining sandy soil, this plant spouts even better under the full sun but can develop equally well under partial shade. Your Blue Glow plant will handle more shade depending on how high the temperature gets. It, however, becomes numb under frosting conditions.

So, you need to keep it from temperatures that fall below 25 degrees Fahrenheit, ideally if you’re growing this succulent indoors. With USDA hardiness zones 9 through 11, this suggests that your Blue Glow plant won’t tolerate cold weather. Try to give it at least 6 hours of sunlight every day if you’re growing it indoors. A south-facing window is one of the most ideal positions to place the growing pot.

Grooming and maintaining this plant routinely isn’t necessary. The lower leaves might begin to wither due to a shortage of water and nutrients, hence you’ll need to pluck them off. You’ll also have to wipe off any dust the leaves accumulate mostly while growing outdoors.

Most Agaves are usually not hit by serious pests or diseases. Being an Agave, you’ll highly likely have to deal with Agave snout weevils, also known as sisal weevils, which lay eggs on the base of the plant during spring, causing the infestation to escalate. They chew and suck the sap from your Blue Glow plant, causing it to dry.You also want to be careful not to overwater this succulent since it’s highly prone to the rotting of roots.

Can I Propagate My Agave ‘Blue Glow’ Plant?

The downside of variegated Agaves is they don’t produce any offsets which fall from the mother plant and grow on the edges of the growing medium. It also can’t be propagated using seeds. So, the best route to go about it would be to grow a whole new plant once the old one dies after blooming.

Is This Plant Toxic or Invasive?

All Agaves ooze out a sap that’s usually poisonous. The Blue Glow plant can cause stomach upsets when ingested or irritation when the sap comes into contact with your skin. Using water to wash off the affected area can help lessen the irritation. Being both a hybrid and slow-growing plant, this variety isn’t invasive.

For the most part, this hybrid is an outdoor plant that suits gardens with rocks. It also fits quite well in the midst of cacti plants. If grown in containers, you can easily move it indoors when it’s winter. This succulent has the potency to survive even when the temperatures are freezing.

Its foliage becomes more radiant if it’s growing under bright sunlight. You’ll need to place it near a window that gets the best access to light if you’re looking to grow it inside a container. Since Agaves growing indoors don’t spread wildly, you can use them to facelift the aesthetic design for your shaded patio or balcony.