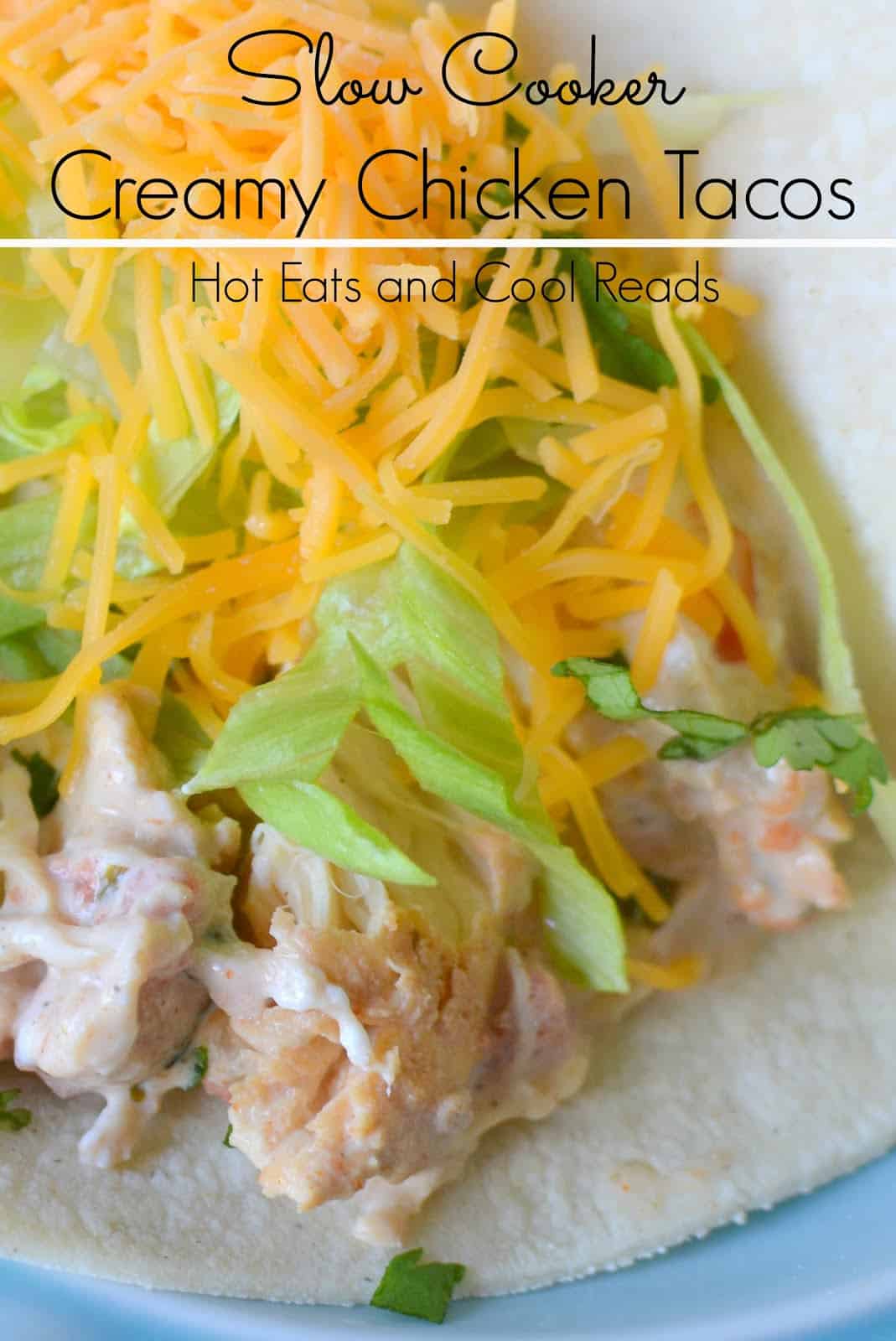 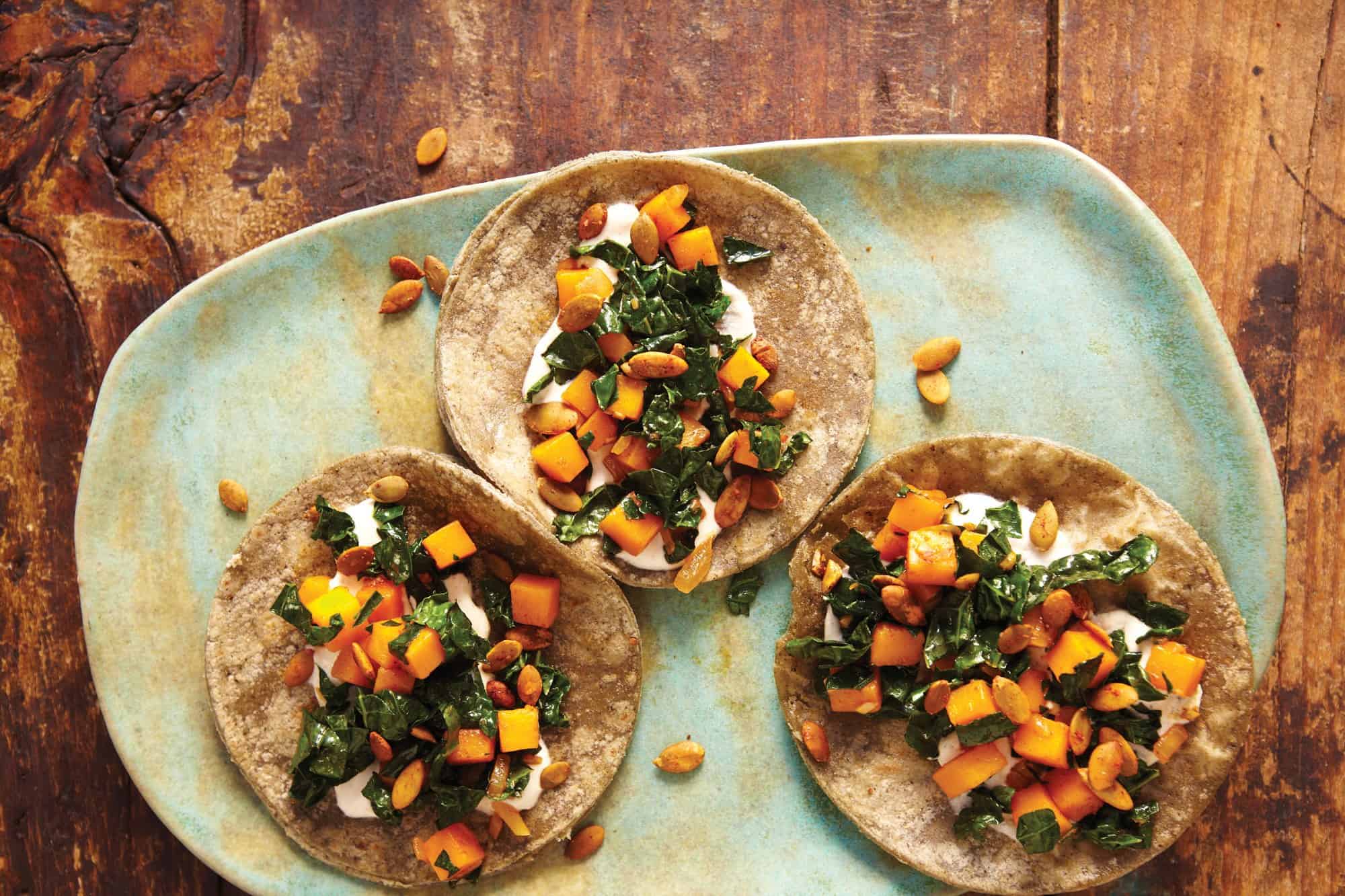 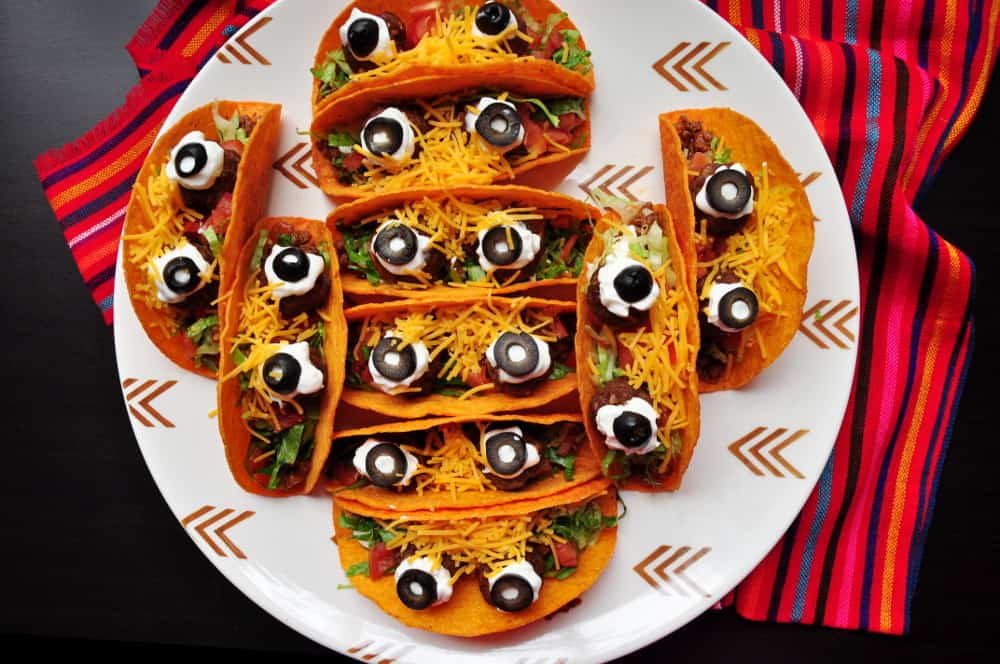 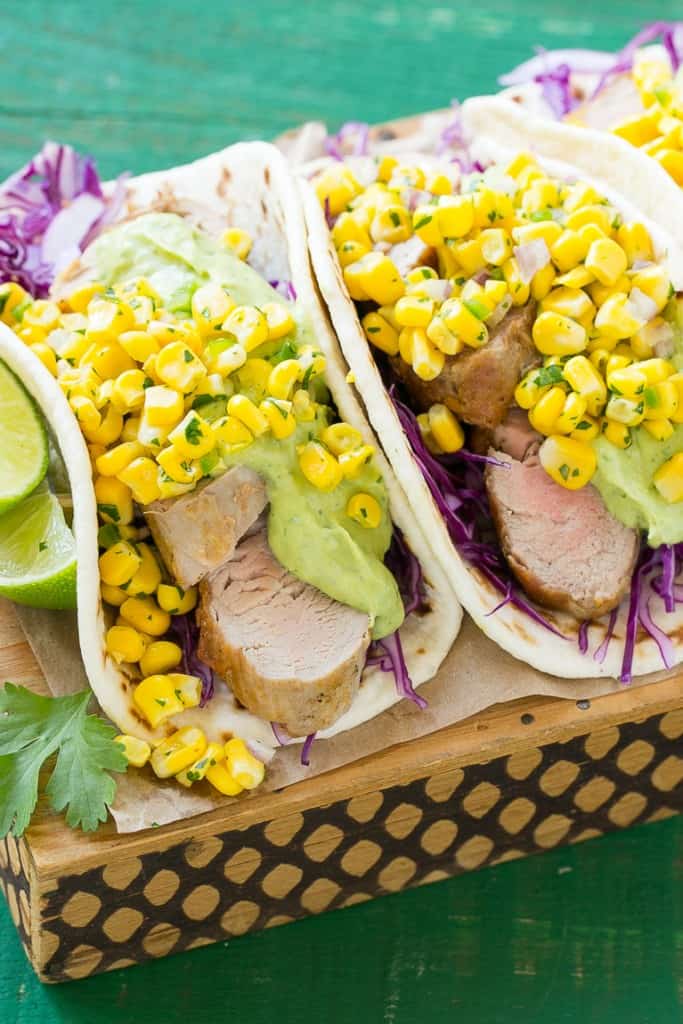 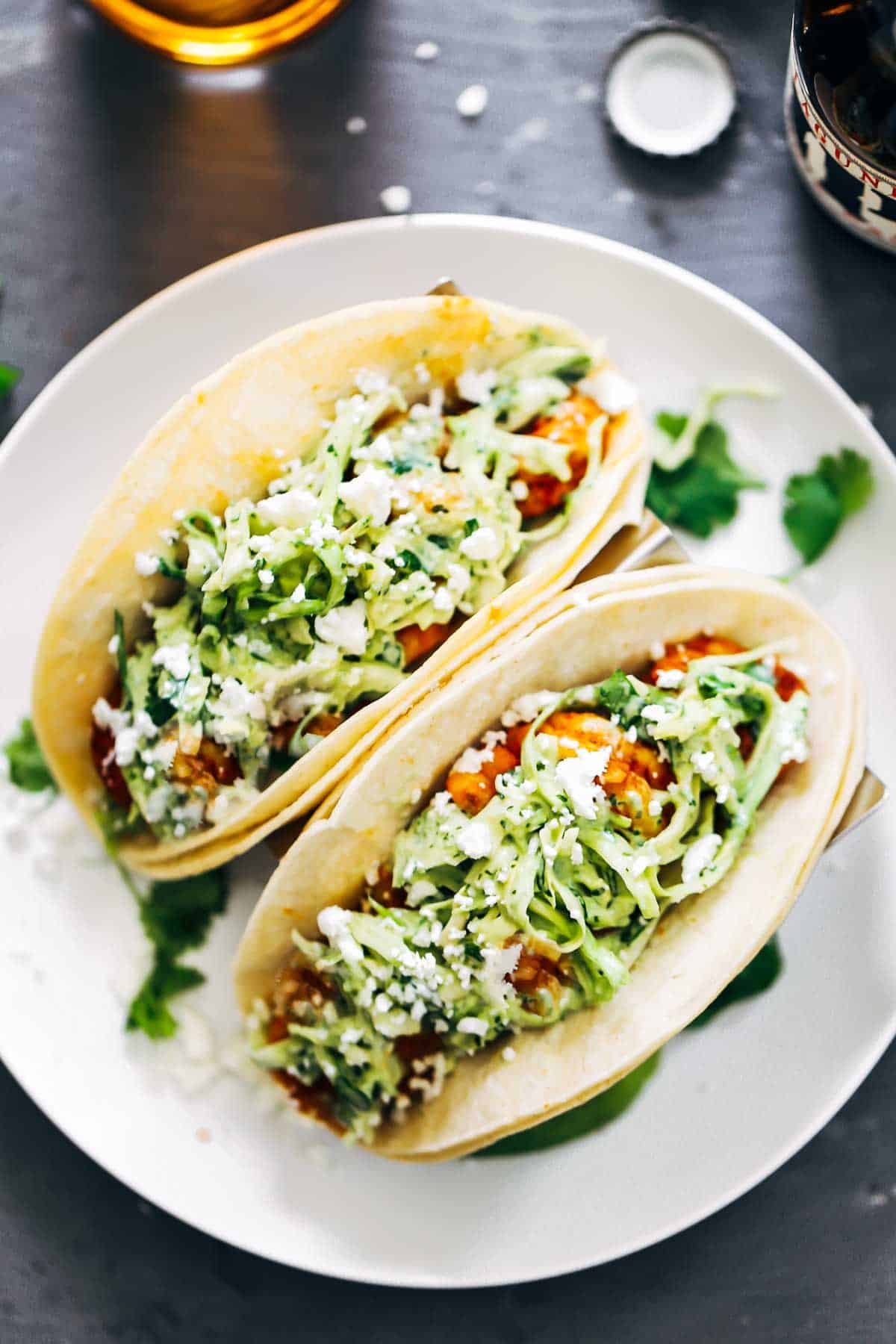 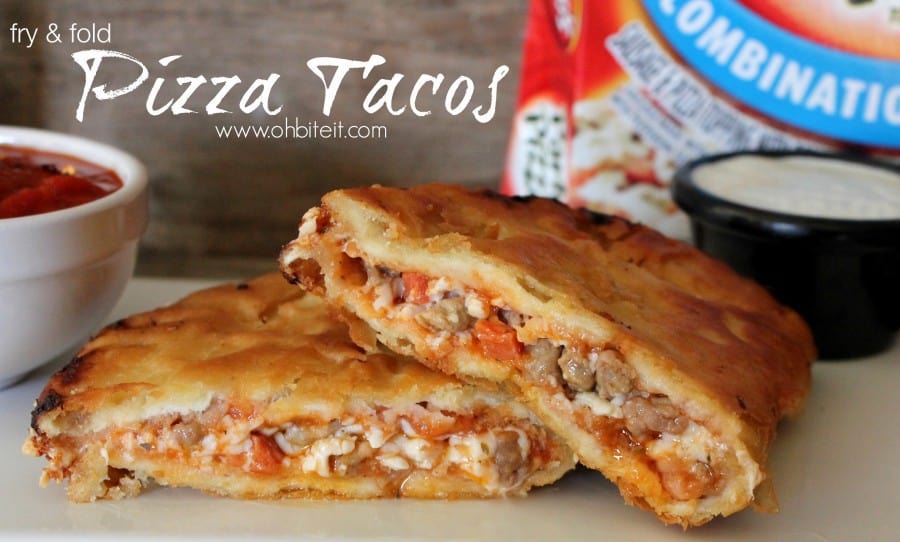 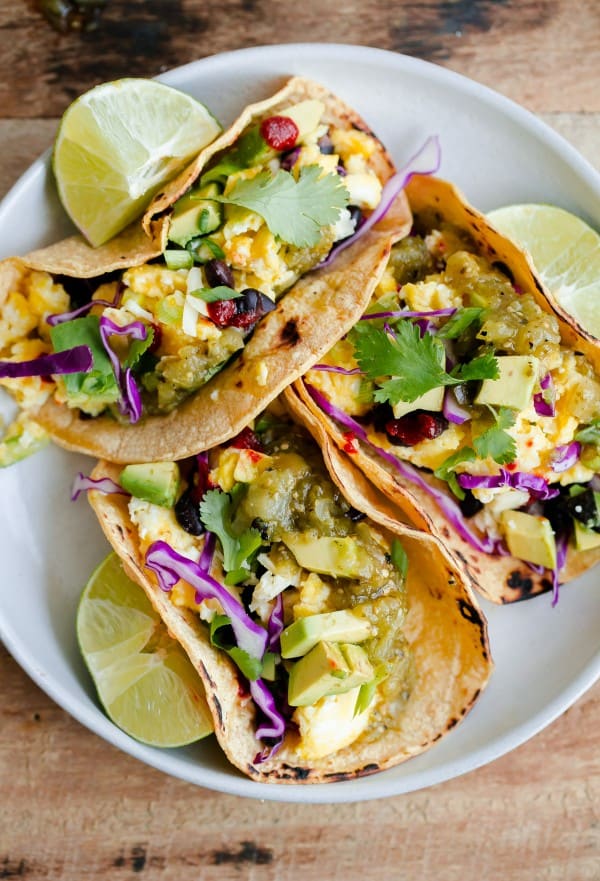 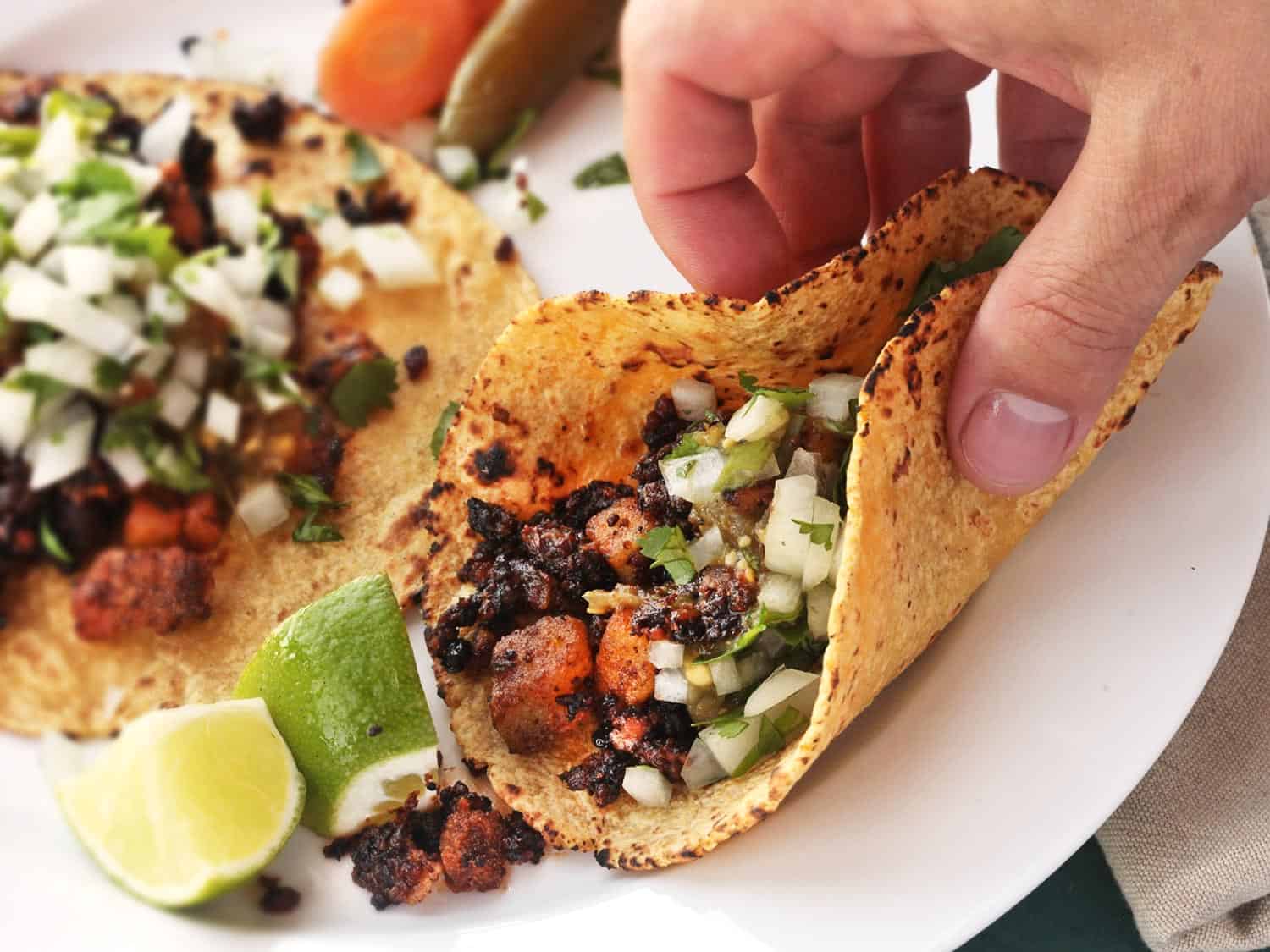 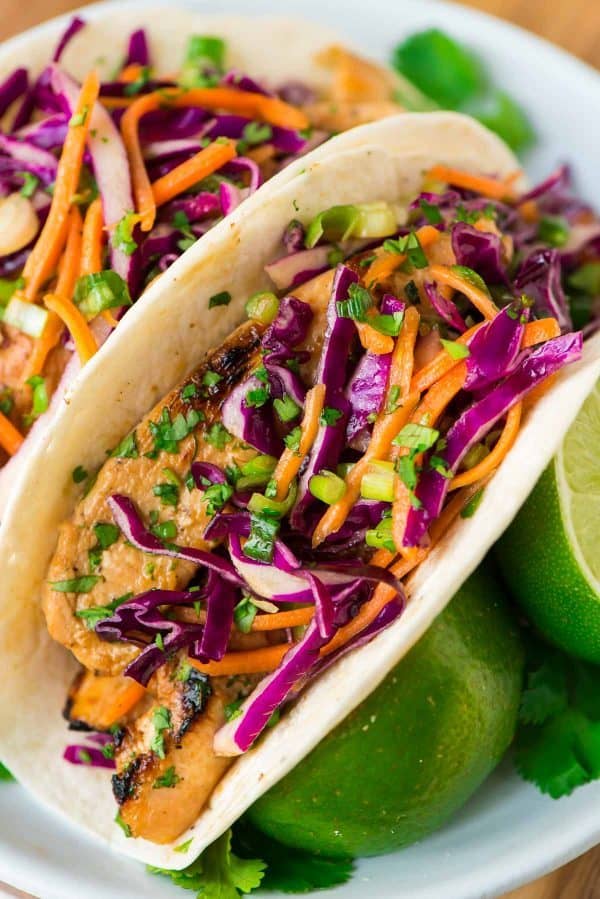 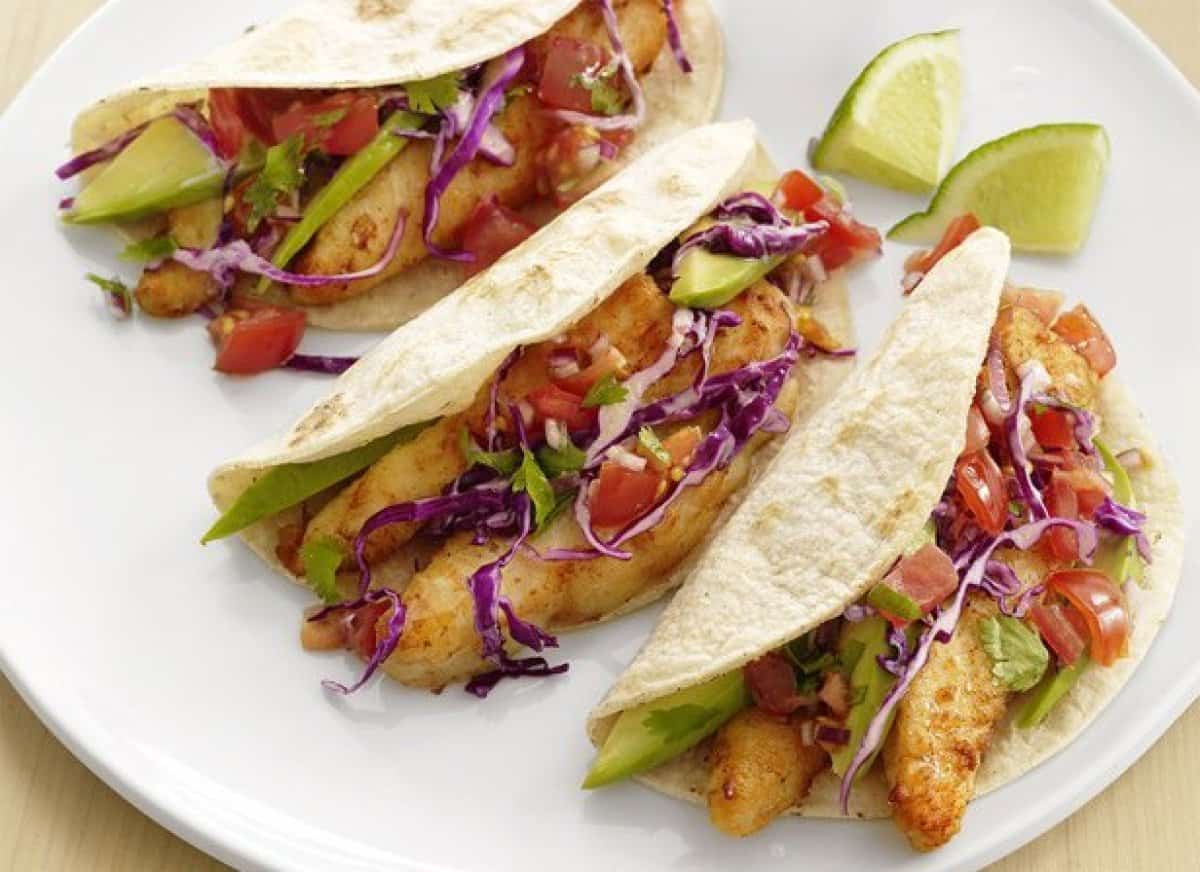 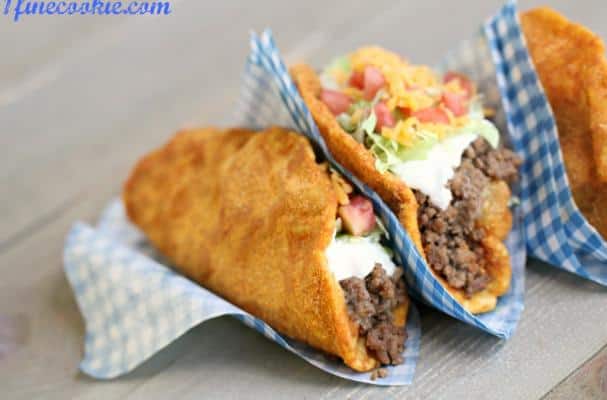 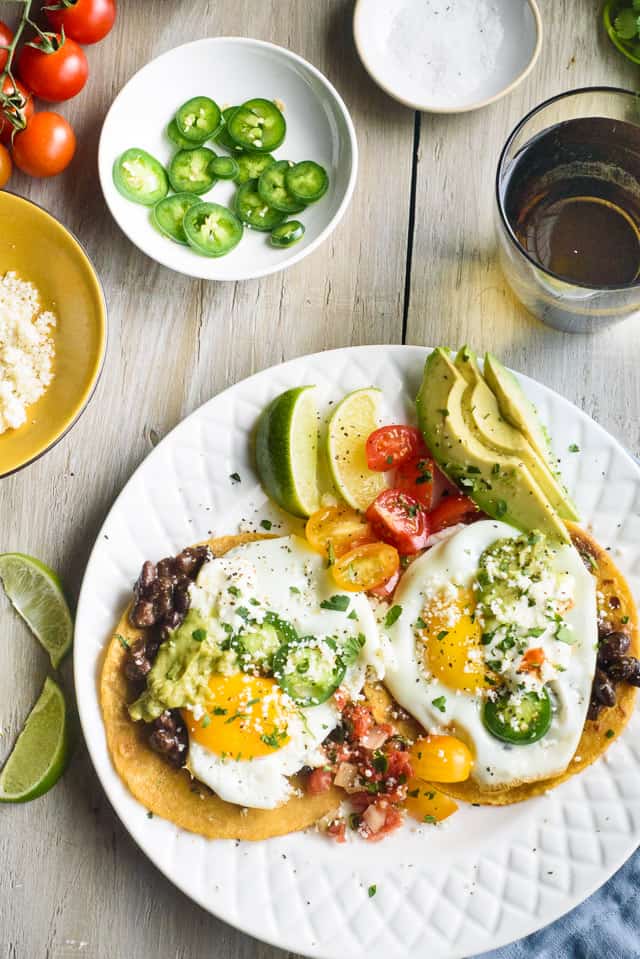 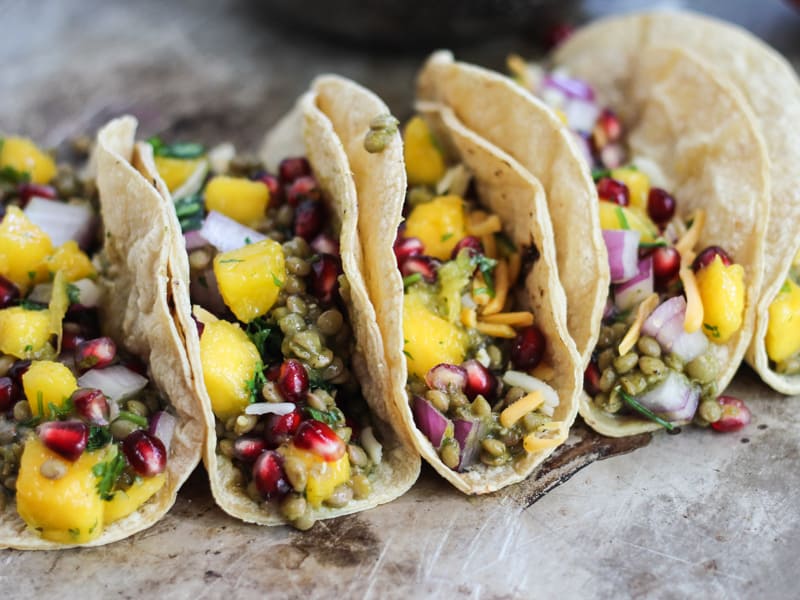 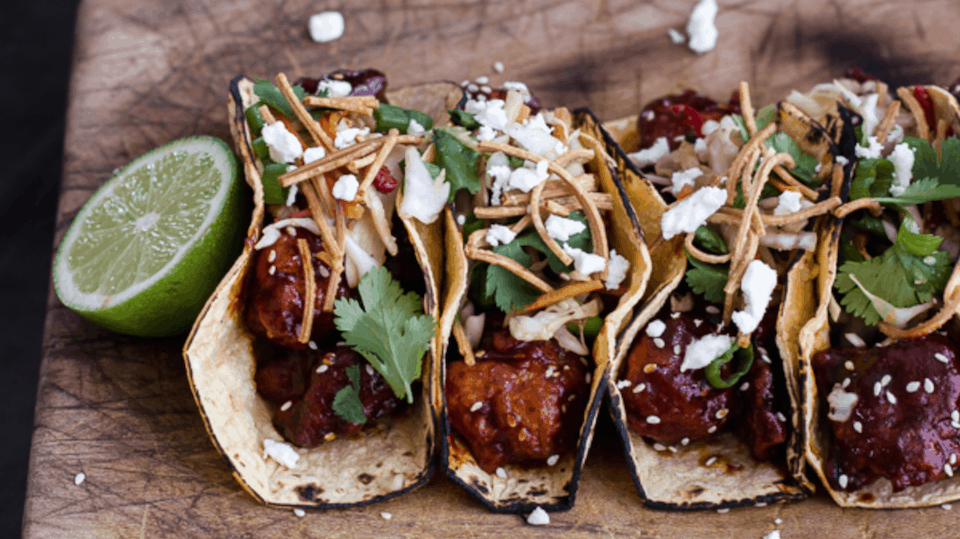 We’re massive foodies and we’ll admit that to anyone so we often have trouble choose what we want to eat or picking one thing that we like the best above other meals, but there’s one dish that we’ll completely admit takes the cake for us every time, above anything else. It’s tacos! There’s just something about tacos that we absolutely can’t resist. Just because we love a good, classic taco, however, doesn’t meant that we don’t occasionally want to put a fun twist on our favourite fish sometimes.

Just in case you love tacos as much as we do, if not more, but you’re not sure how to make any other kind than just the regular ones, here a list of the 15 best creative taco flavours we’ve  found so far to help you out!

Are you a massive fan of the Asian fusion trend that’s been sweeping restaurants, devouring every dish that’s a combination of classic Asian foods and entrees from other countries that you can possibly find? In that case, we have a feeling you’re going to love these Korean barbecue tacos by Half Baked Harvest! They top their delicious tacos with sweet coleslaw, crunchy noodles, and queso fresco to give them maximum flavour.

Perhaps you’re vegetarian and you’ve been looking for a great meatless taco recipe that’s packed full of flavour but you find they’re often kind of bland? Then we think you’re going to appreciate these unique, organic tacos from Ambitious Kitchen that have mangos, pomegranate, lentils, and salsa verde! It’s a combination of flavours that packs a punch of taste without being too spicy or relying on meat to taste great.

If you’ve ever eaten Huevos Rancheros before then you already know how delicious a dish it is. Imagine, then, how basically irresistible the dish would taste if you were to combine it with and garnish it like a soft taco! The Adventure Brite shows you how to make it happen using jalapenos, black beans, salsa, and guacamole in addition to the eggs.

We know we’re talking a lot about creative combination foods, but there’s just something so awesome about them that we can’t pass up the chance to try them whenever we can! This particular idea, however, is actually a widely known one because it’s a mock of a dish you might have actually tried at a restaurant food chain before! This recipe from 1 Fine Cookie shows you how to make a taco recipe including a shell made of Doritos Locos, just like you might eat at Taco Bell.

If you’ve never had a fish taco before then we’re sorry to tell you that you’ve been missing out! Fish tacos are quite commonplace now and wouldn’t necessarily be considered creative in and of themselves (no matter how delicious they are), but this recipe from The Food Network is a special one that gives you even more flavour than usual. It’s seasoned for a Baja inspired taste that’s got just the right amount of kick.

Is ginger chicken your very favourite dish when you and your family go for Chinese food? Well, then here’s yet another taco fusion dish that we have a feeling you’re really going to love! Well Plated shows you how to prepare and marinade a ginger chicken that tastes just like the one you love so much. Once that’s done, you make it into a taco that you garnish to taste and top with a bit of lime juice and there you have it!

Chorizo might be something you’ve had on tacos before but, outside the breakfast tacos at Taco Bell, have you ever had one that has potatoes in it? If your answer is no, then we absolutely recommend that you give this delicious chorizo potato taco a try. Serious Eats shows you the best way to prepare it for maximum flavour and even a little bit of crunch.

We’ve talked a couple times about breakfast tacos so far in this post, but only in reference when we talked about other recipes. We haven’t yet given you an actual tutorial for making breakfast tacos, and we think it’s time we did! A Beautiful Plate shows you how to make these absolutely mouth watering tacos featuring scrambled eggs, guacamole, and salsa verde to really kick start your morning. The best part is that they’re vegetarian, meaning that everyone in your family can eat them regardless of dietary restrictions. Are you not vegetarian? Simply add a bit of ham or bacon into the tacos with the eggs!

Are ground beef tacos such a strong favourite of yours that you just can’t help wanting to include that meat in just about any taco recipe you make? We know we said it’s fun to switch things up, but every once in a while it’s nice to stick to the basics and just add an exciting alternative flavour to that rather than totally changing what you’re making. That’s why we loved this sweet and spicy meet marinade recipe that’s accompanied by the instructions to make a flavourful lime sour cream. Get all the details for both of those things on Mama Groumand!

Well, we fully admit that we know this idea isn’t really a taco, but it’s folded in half and the shape of a taco is half the fun especially for kids, isn’t it? Oh, Bite It! shows you how to make pizza that’s folded over into a half circle just like the shape of a taco shell but, instead of being filled with ground beef, taco spices, and salsa or guacamole, you get all the cheesy goodness of a piece of pizza.

Do you like the idea of making a seafood taco but you don’t actually like a lot of the fish that’s used in classic fish taco recipes because it’s often breaded? In that case, we have a feeling you might prefer a different kind of seafood in your tacos instead! Pinch of Yum teaches you how to make shrimp tacos that are seasoned just like your classic taco recipes but with a great added seafood flavour instead.

Are you a huge fan of tacos with just about any meat in them but you’ve often wondered why more meats aren’t included in taco recipes rather than just chicken, ground beef, and the occasional fish? In that case, we have a feeling you’re going to love this juicy pork tenderloin idea from Dinner at the Zoo! They show you how to smother the pork with creamy green pico and corn, just like you would with a taco made in the classic way.

Are tacos one of those meals where your kids get really intent upon helping you make them because they’re kind of a DIY dinner in the sense that everyone can garnish theirs the way they please? Then why not help them get kind of creative with the way they’re makin their tacos up? We actually did this with our kids and we found that encouraging them to make certain shapes actually convinced them to try a few new ingredients and now they’re much more open to eating things on their tacos that they weren’t before. Genius Kitchen suggests using sour cream and black olives to make your taco look like it has eyeballs!

Were you intrigued by the idea of making vegetarian tacos but you’d rather have them be dinner tacos and not just solely breakfast tacos filled with eggs? We’re not actually vegetarian, but we are veggie lovers and we occasionally make recipes that are veggies only just for our own enjoyment. That’s why we tried this butternut squash and kale taco recipe from Epicurious and we’re certainly glad we did, because it’s one of our very favourites now!

Slow cookers meals are some of our very favourite ones to make because you can put them in in the morning, let them cook all day, and you practically have dinner  all ready to go by the time you get home from work! Besides the fact that they’re very easy, we love that you can make creamy casserole-like recipes like this creamy chicken filling for unique tacos from Hot Eats and Cool Reads. You can even make them a little bit spicy quite easily!

Do you know a fellow kitchen whiz who loves tacos just as much as we do,  if not more? Share this list with them to help them discover some exciting new ways to prepare their favourite food!