of 4
Cilantro
Cilantro uses
How to store cilantro tips
How to buy cilantro
How to Store Cilantro: Keep Cilantro Longer With These Tips & Tricks
Buy Now 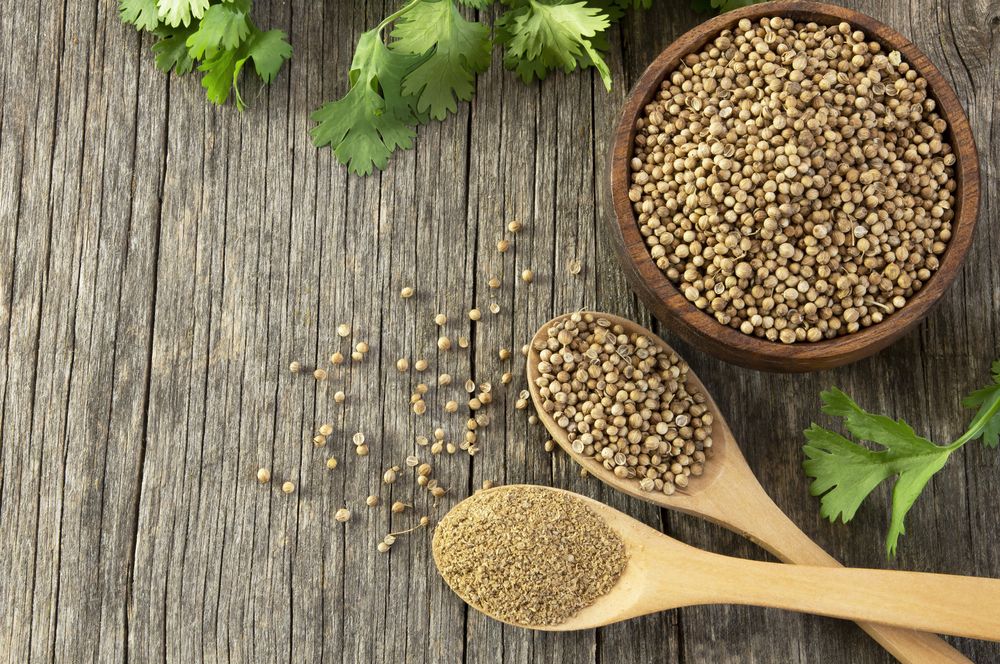 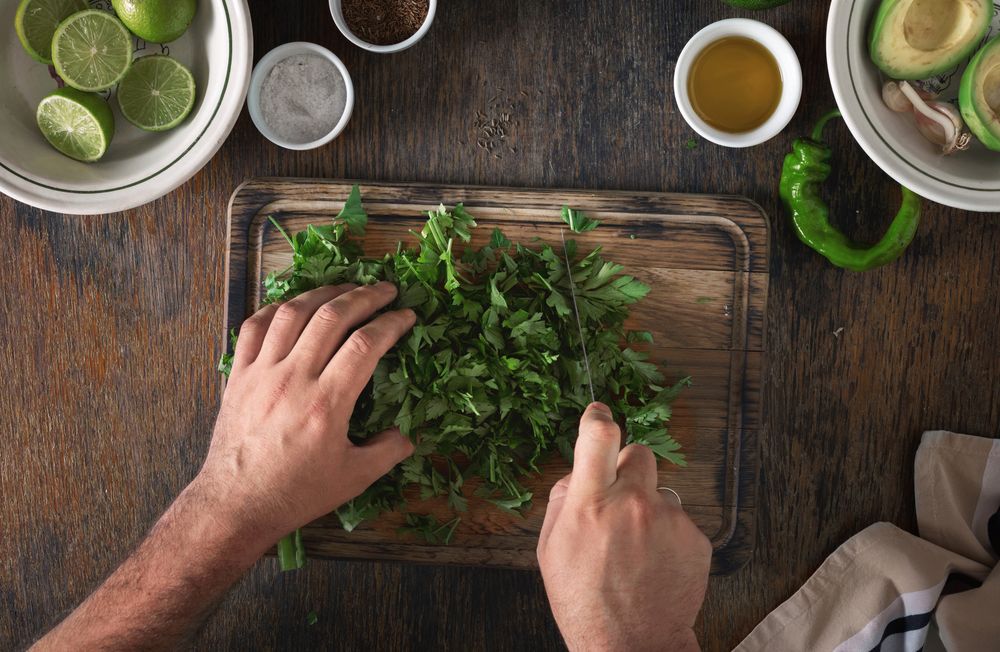 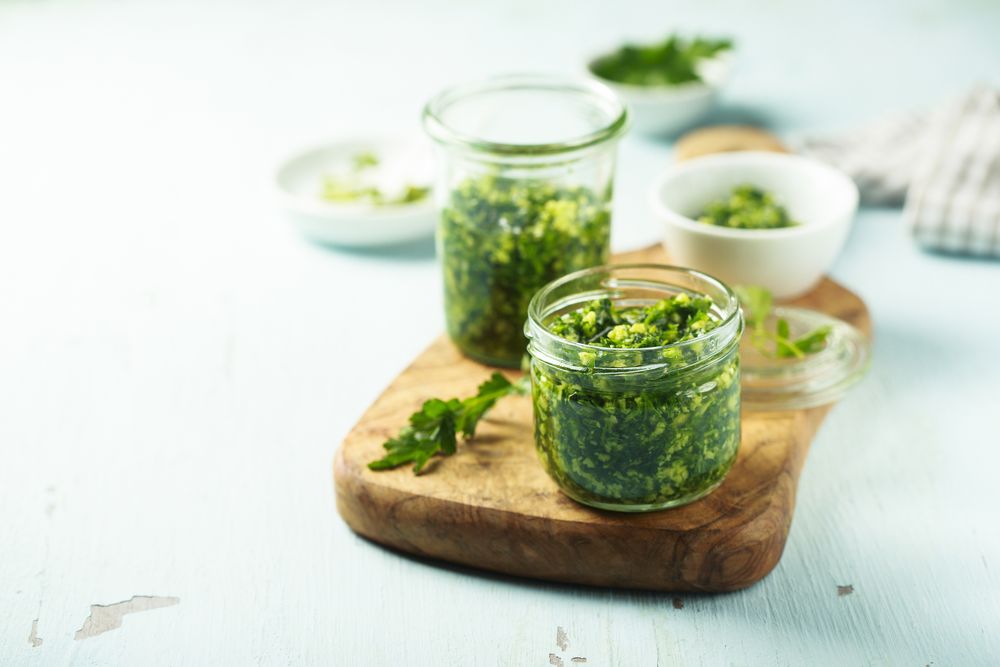 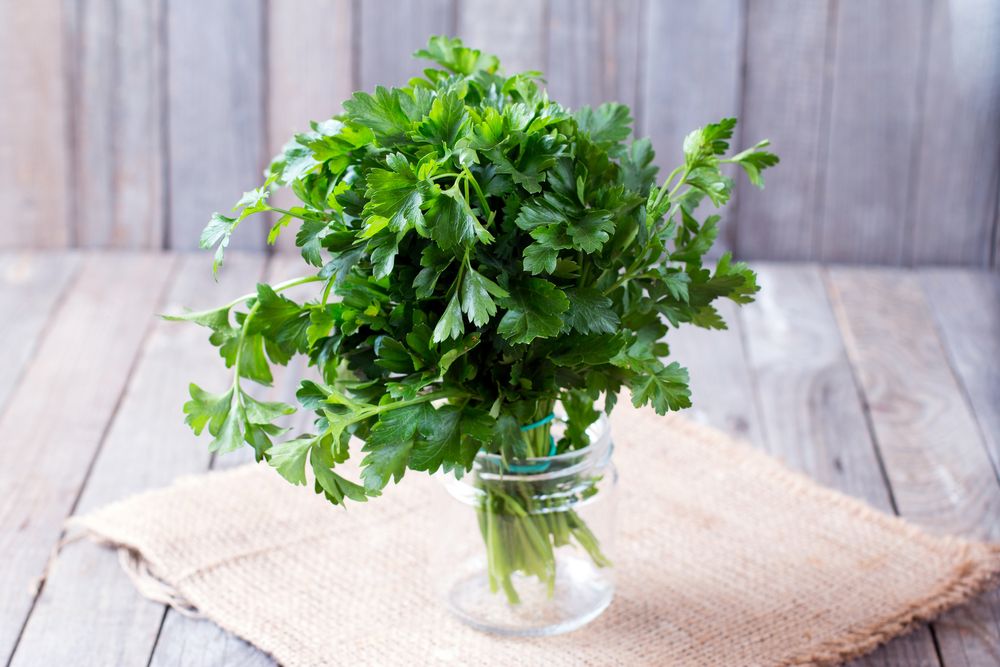 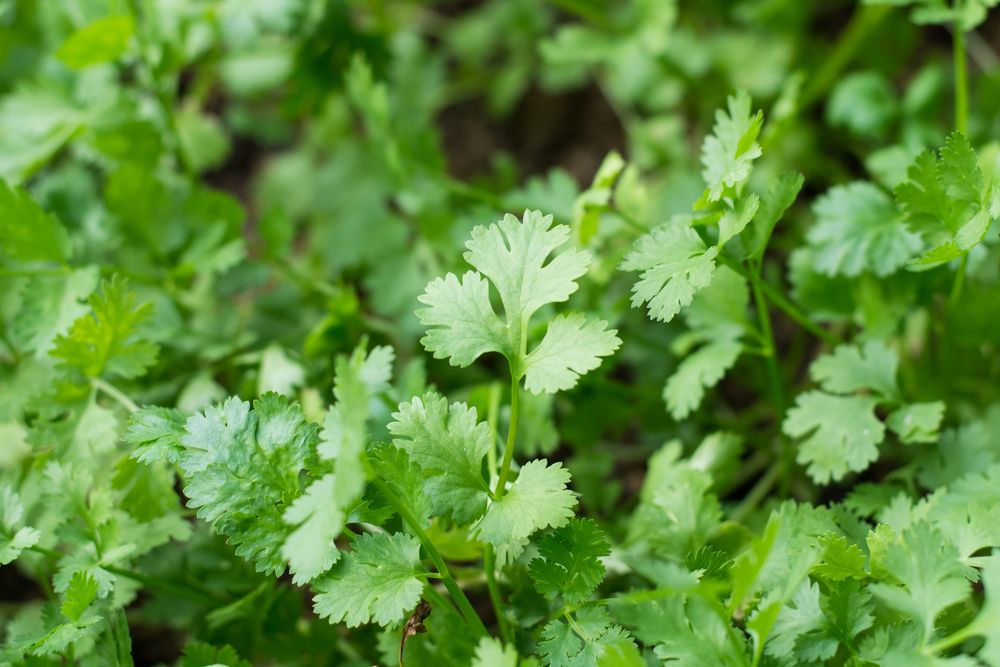 Cilantro is a fantastic herb that brings flavor to any dish. Whether you’re using it raw or cooked, this herb is sure to tantalize your taste buds.

However, storing cilantro is not an easy task because it tends to go bad quickly after plucking off the leaves from the stem. The good news is that you can use several methods to prolong its shelf life.

Keep reading to discover everything you need to know about cilantro, including how to pick it from the store, store it, and freeze it. We’re also showing you the best ways for cutting cilantro and drying its leaves.

Cilantro: What You Need to Know

Also known as coriander, Chinese parsley, and dhania, cilantro is an annual herb used in various dishes. It has a unique flavor and is popular in Mexican, Thai, and Indian cuisine.

Although it’s possible to eat all parts of the herb, most people prefer using its fresh leaves and dried seeds as a spice for preparing dishes.

Coriander has its own aroma and distinctive taste with a blend of citrus and sage flavors. This can vary, depending on where it was grown, how it was dried, and its freshness when purchased by a consumer.

Cilantro has been used as a medicinal herb by ancient South American civilizations as an appetite stimulant and breath freshener. In India, it is said that sprinkling coriander powder on the floor of your home will repel insects such as ants and cockroaches.

Today, people mostly use cilantro to prepare salads, soups, and various spicy dishes. It is also popular in traditional medicine and is known to have several therapeutic benefits, such as aiding digestion and treating respiratory illnesses.

Parsley vs Cilantro: What’s the Difference?

Many people wonder about the difference between parsley and cilantro. Although the two look similar, they taste completely different. Cilantro has a bright citrusy flavor with a tangy zest, while parsley has a mild, sweet flavor.

If you want to add an earthy taste to your dish, go with the parsley. If you want something more citrus-like, try the cilantro instead.

When substituting cilantro for parsley, remember to use three times as much as fresh cilantro.

Fresh cilantro is preferable to the dried version when preparing dishes; it contains more aromatic oils, which are responsible for its distinct flavor.

Meanwhile, the taste of dried coriander is significantly weaker, so you need to use much more of it when cooking to achieve the same level of flavoring.

However, if you only have the dried type in your pantry, go ahead and use it. Just remember that, compared with fresh cilantro, you might have to add more than three times the amount to compensate for its lack of flavor.

How to Buy Cilantro

There’s nothing worse than getting home and realizing that your fresh herbs are already wilted. If you don’t know how to select a good bunch of cilantro, take into account the following tips when buying cilantro from the store or farmers’ market:

How to Store Cilantro

If you’re wondering how to store fresh cilantro, check out the following tips:

How to Freeze Cilantro

One of the best ways to prolong the lifespan of cilantro is by freezing it. Here’s what you need to do:

It’s also possible to freeze portion-sized cilantro in ice cube trays. For this method, you have to finely chop the cilantro (including the stems), place it in an ice cube tray, and add water.

Make sure the cilantro is fully submerged in the water. Once the ice cube tray freezes, you can transfer the cilantro cubes to a resealable freezer bag.

Frozen cilantro is an excellent choice when you’re preparing soups, roasts, or sauces: just remove frozen cilantro leaves or ice cubes from your freezer and toss them in your meal.

On the other hand, if you’re preparing salads, garnishes, or other recipes that require fresh leaves, then using frozen cilantro won’t help; it doesn’t have the same texture and aroma.

In this case, it’s best to buy fresh cilantro from the local store or market. You should also consider growing your own cilantro in a garden or deep pot.

How to Dry Cilantro Leaves

Drying is one of the easiest ways to preserve the herb so that you can enjoy its taste all year long. Here’s how to do it correctly:

Keep in mind that dried cilantro leaves are not as flavorful as fresh cilantro. Thus, if you’re cooking a dish that requires the distinctive taste of this herb, it’s best to use it fresh.

How to Cut Cilantro

When you’re wondering how to cut the cilantro plant, check out these simple steps:

How to Grind Cilantro Leaves

When using dried cilantro leaves for cooking, you’ll need to grind them first so that they can release their flavor quickly. Here’s how:

How to keep cilantro fresh?

If you’re wondering how to preserve cilantro fresh, keep in mind that you can store it in the fridge in a container with water; make sure to change the water every other day. Alternatively, you can freeze cilantro whole or chopped, dry cilantro leaves, or grow your own cilantro in a pot for indefinite use.

Can you freeze cilantro?

Yes, freezing cilantro is possible. For instance, you can freeze only the cilantro leaves. Or you can chop the whole plant (including stems) into portion sizes and place them in ice cube trays.

What’s the best use for dried cilantro?

It’s best to use dried cilantro in soups, sauces, stews, and meats. You can also add this herb to guacamole and pesto.

Can you grow cilantro?

Yes, you can grow cilantro inside or outside your home. Just make sure that the pot you use has plenty of holes at the bottom for proper drainage of water and soil.

How to chop cilantro?

The simplest way to get chopped cilantro is by using a chef’s knife on a cutting board. Or you can use a food processor to get a finer version of this herb.

The best way to store cilantro is to freeze its sprigs or leaves. You can also dry it so that you can enjoy the taste of this herb for up to 1 year.

What are some cilantro food examples?

Some good cilantro recipes are cilantro chicken salad, cilantro-lime rice, and fajita quinoa bowls. You can also add this herb to guacamole, pesto, or hummus.

How long does cilantro last?

Can you eat cilantro stems?

Yes, cilantro stems are edible and flavorful. However, some people find it a bit bitter because of its concentrated chlorophyll.

What is cilantro used for?

Cilantro is used for seasoning. This herb is also known to stimulate the appetite, remove gas from the intestines, and relieve pain during menstruation.

Is cilantro better raw or cooked?

Cilantro is best eaten raw. However, you can also use this herb when cooking pork chops, chicken, steak, and eggs.

This happens when cilantro is exposed to too much sunlight, especially after harvest. To avoid this problem, make sure to store the sprigs in the fridge or freeze them if necessary.

Why does cilantro taste bitter?

Cilantro can become slightly bitter due to its concentrated chlorophyll. However, you can reduce the bitterness by storing cilantro in the fridge.

Cilantro is a wonderful herb appreciated in all countries due to its unique aroma. Yes, you can eat cilantro stems to take advantage of all nutritional benefits. And, if you learn the correct steps for storing this herb, you will be able to enjoy it year long.

To review, you can store cilantro by freezing it whole or chopped, dry cilantro leaves, growing your own cilantro in a pot for indefinite use, or storing it in the fridge with water. To preserve its flavor, try combining this herb with other ingredients after cooking them.

What are your favorite tips and trips for storing cilantro for as long as possible? Let us know in the comment section below.

How to Store Ginger: Tips and Tricks on Storing Ginger

How to Store Eggplant Safely So That It Lasts Longer