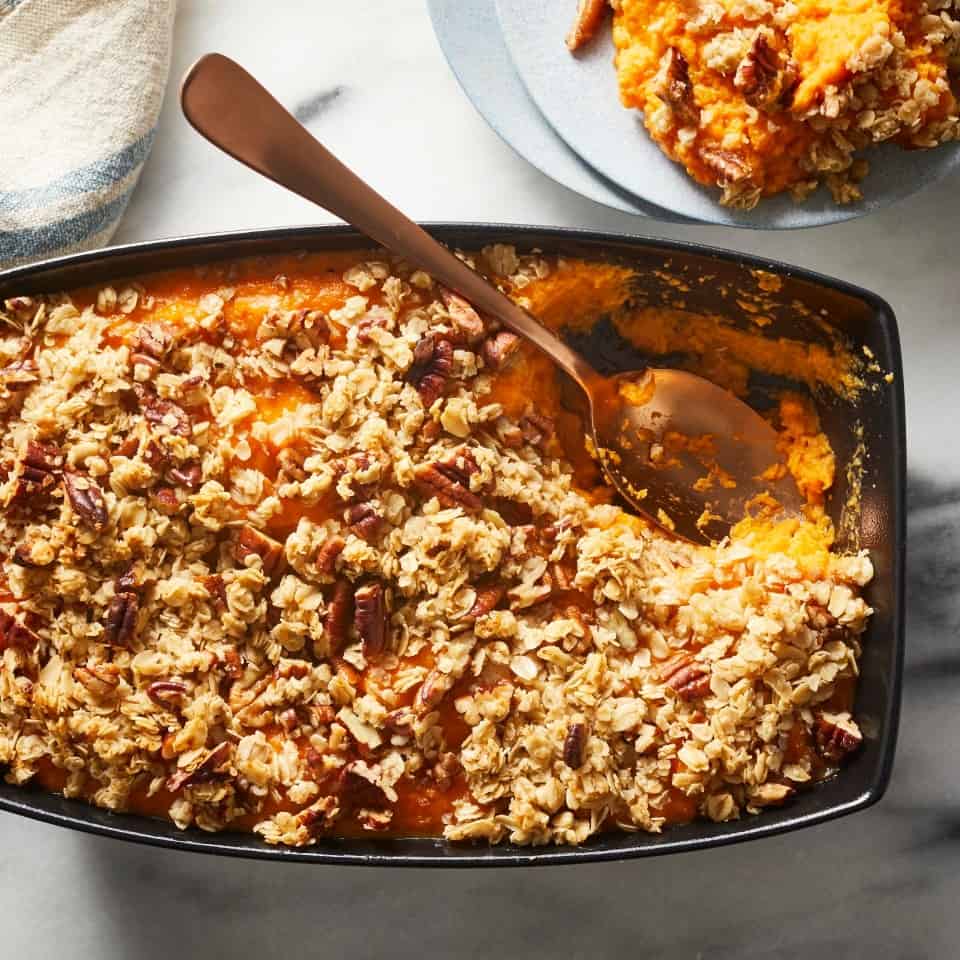 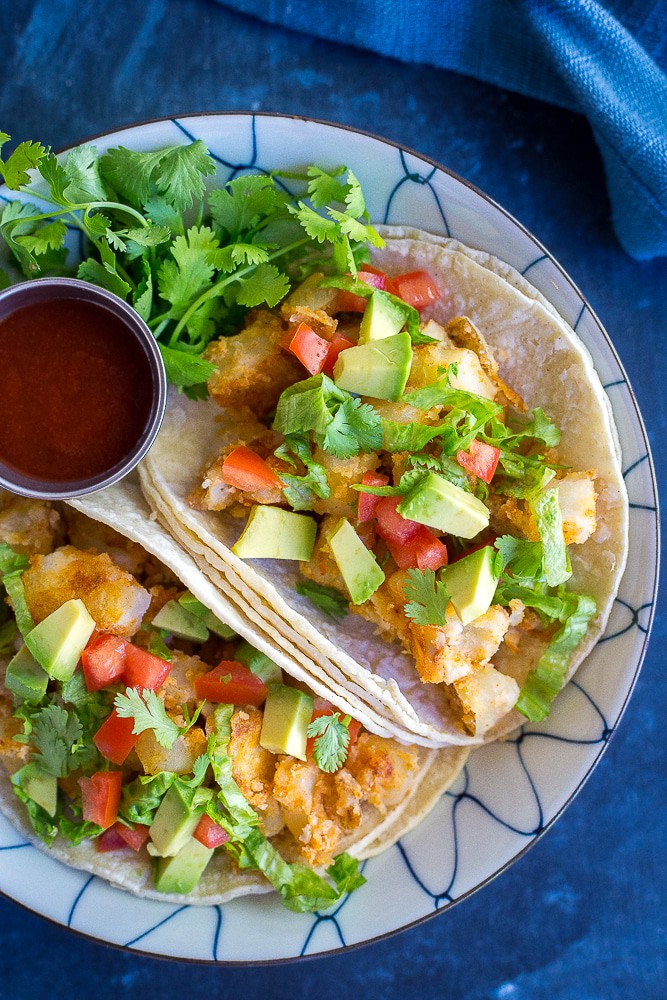 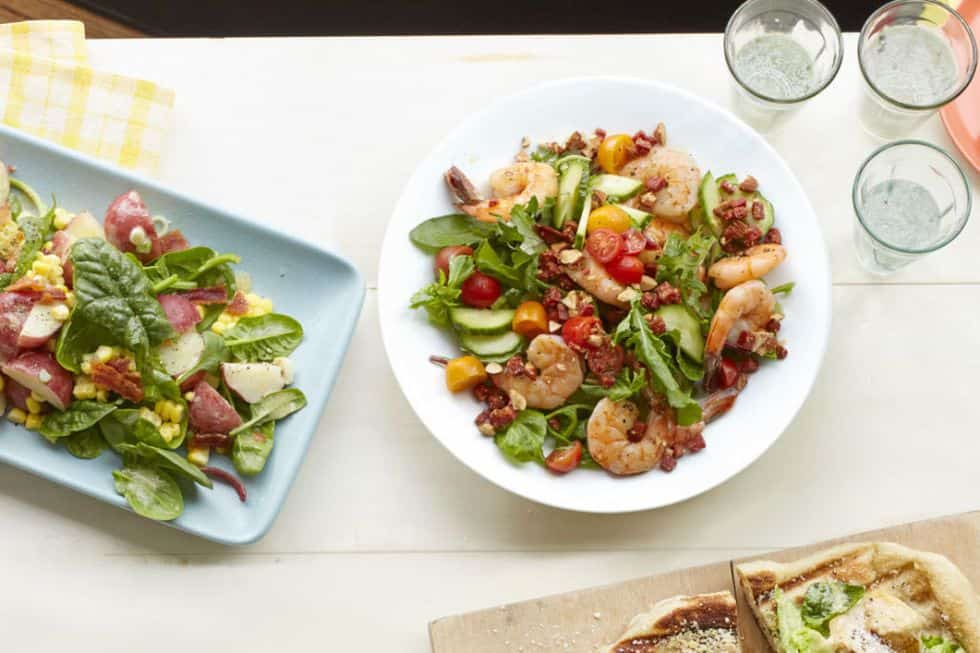 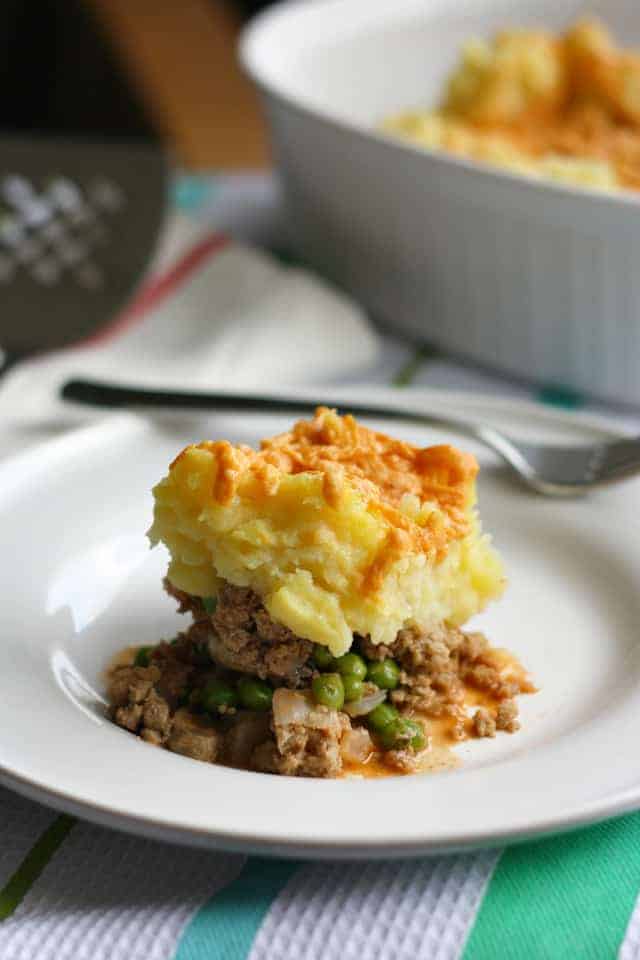 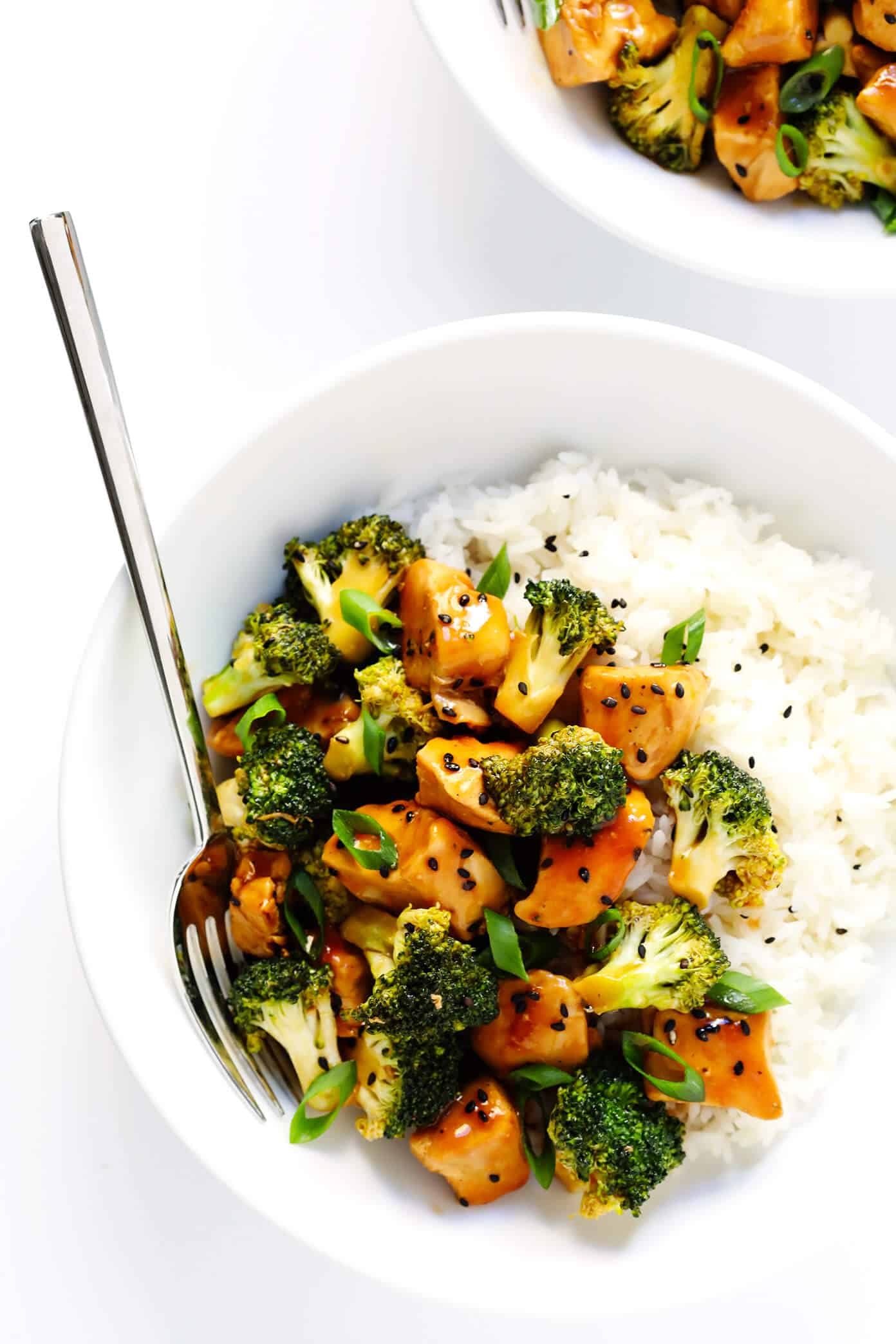 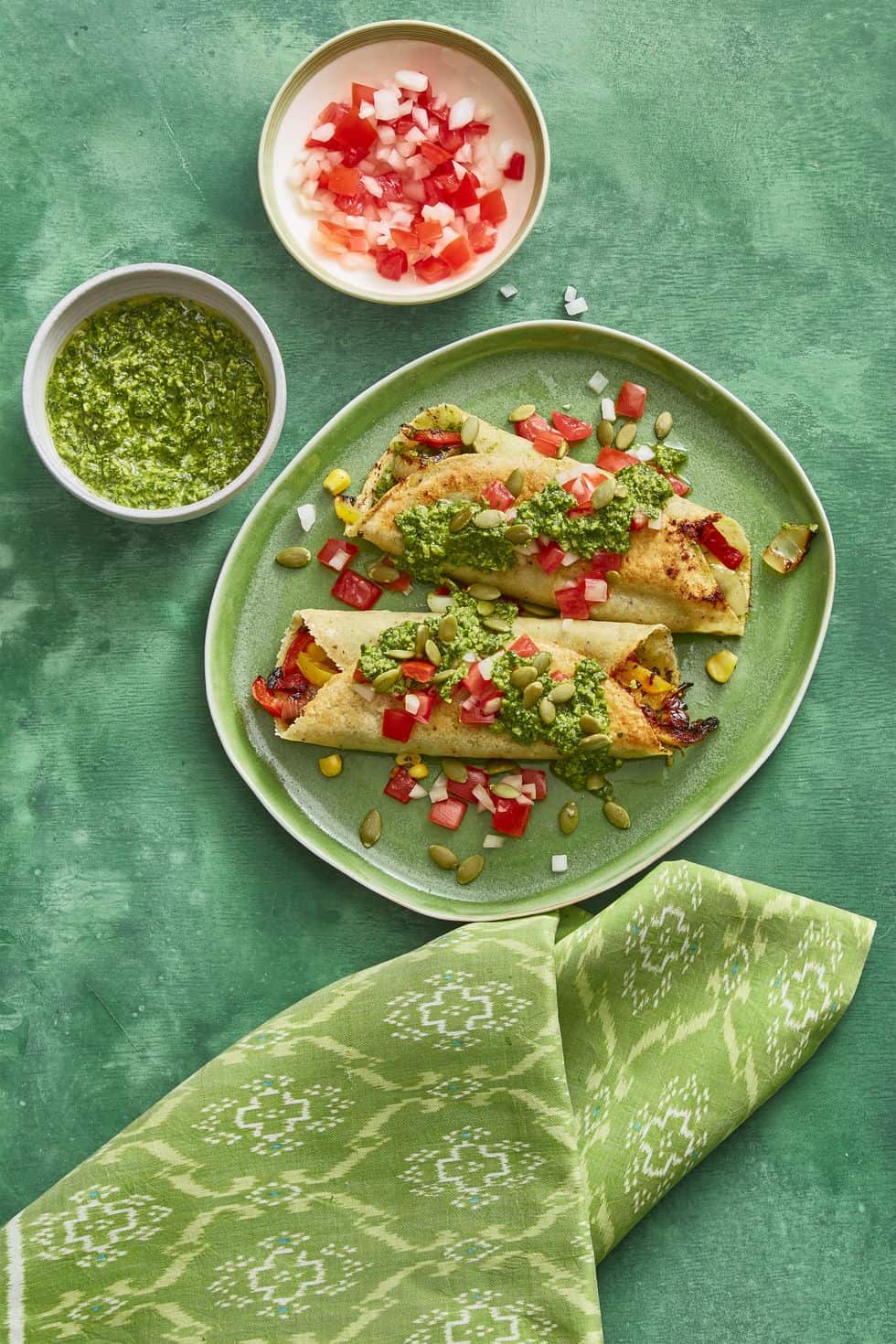 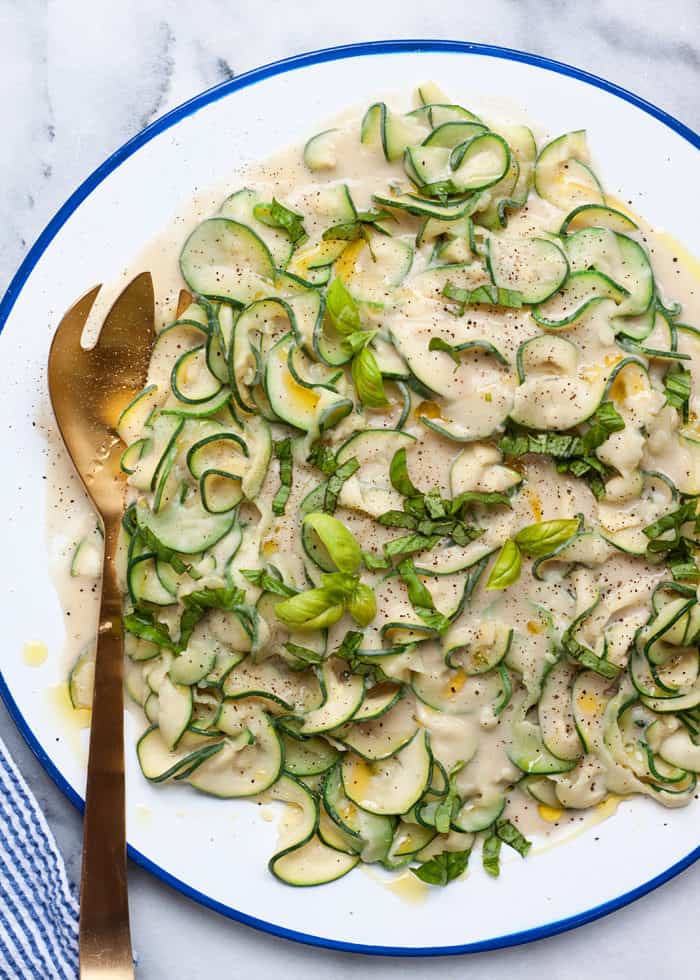 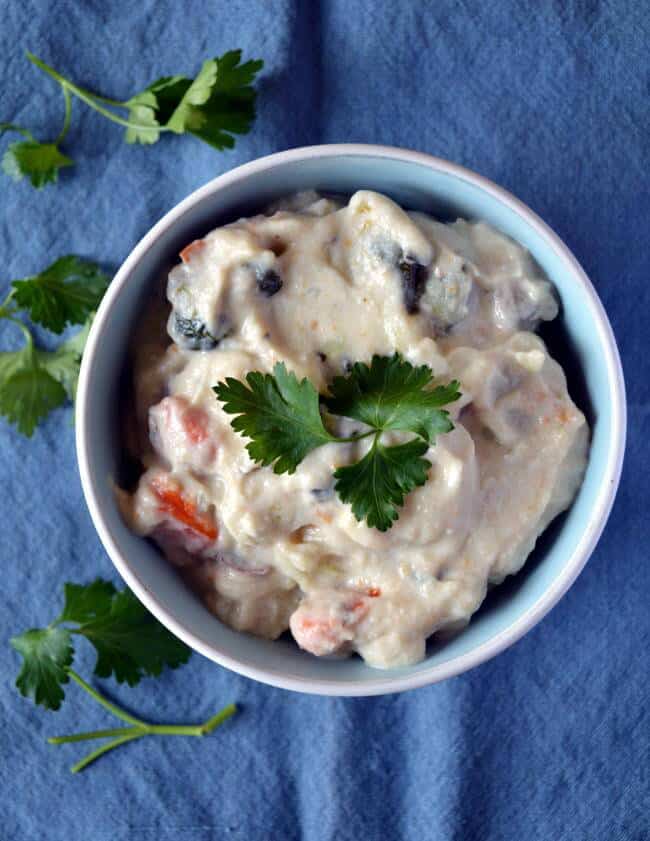 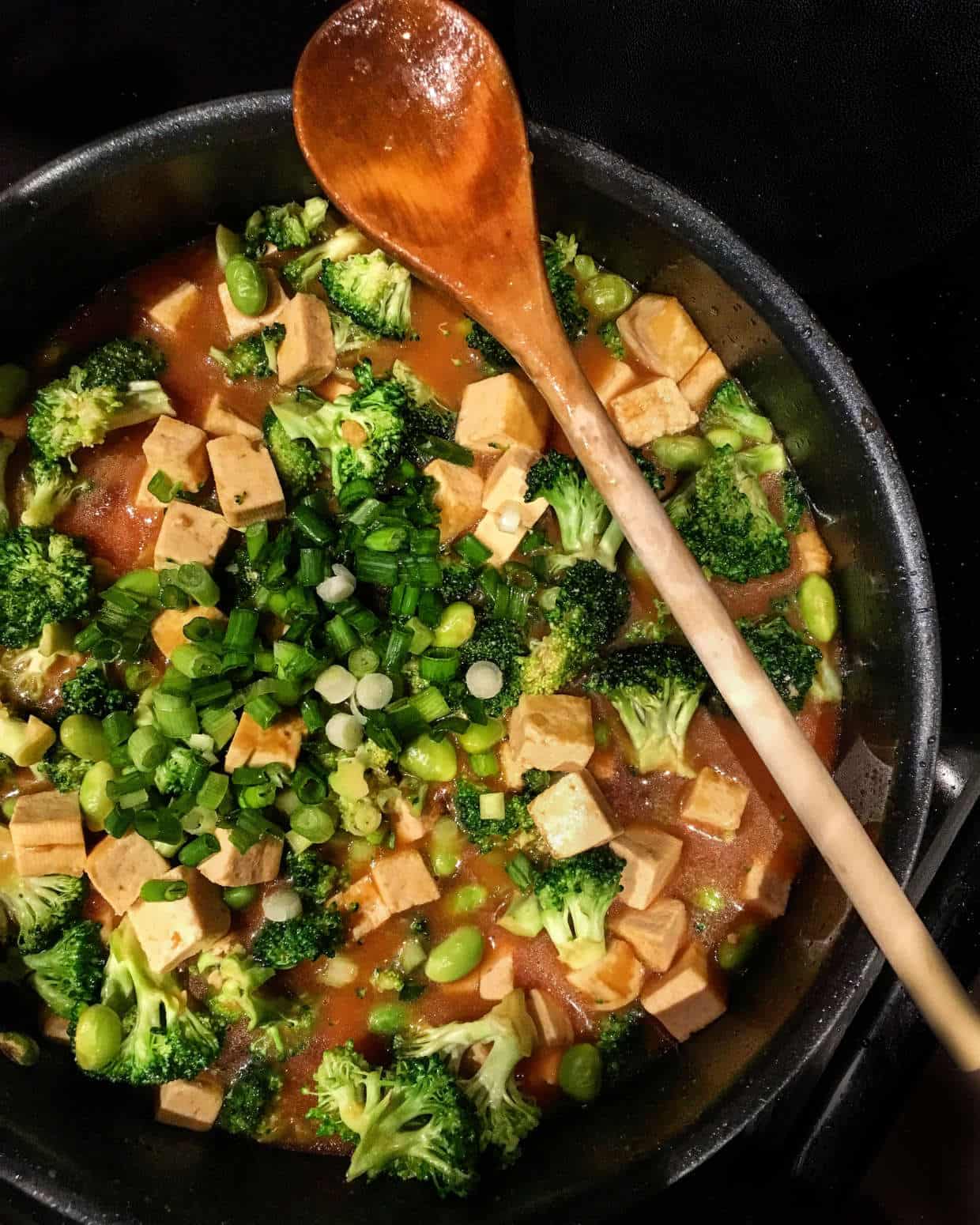 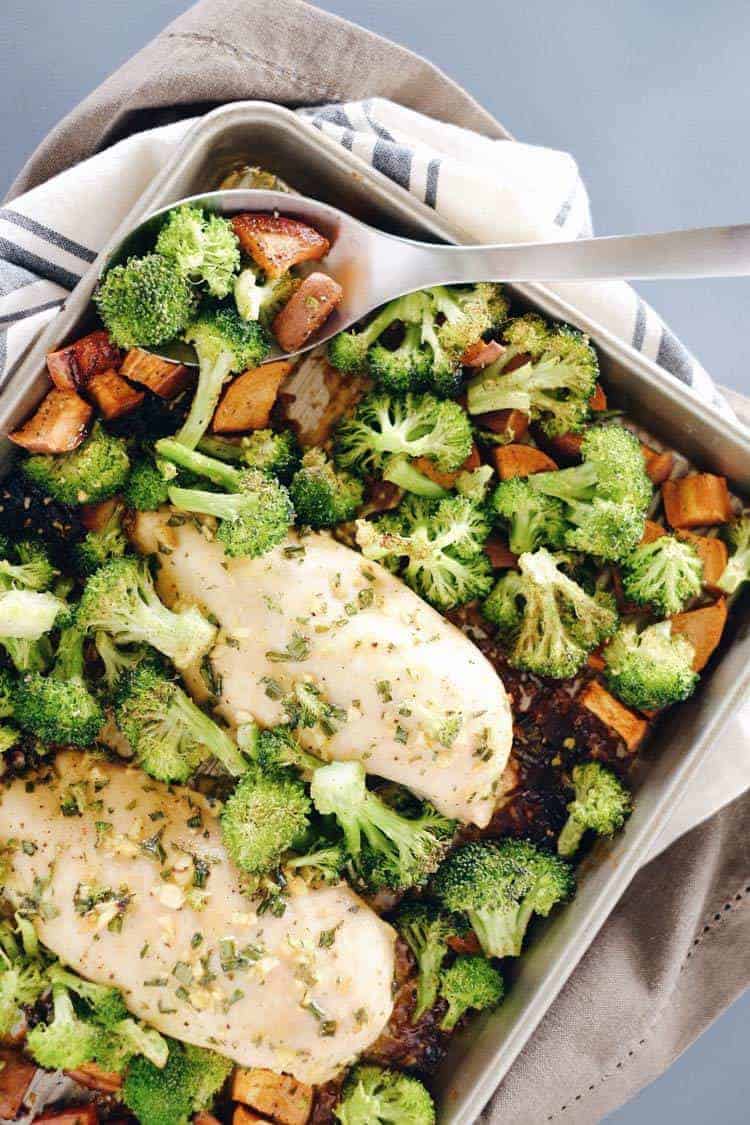 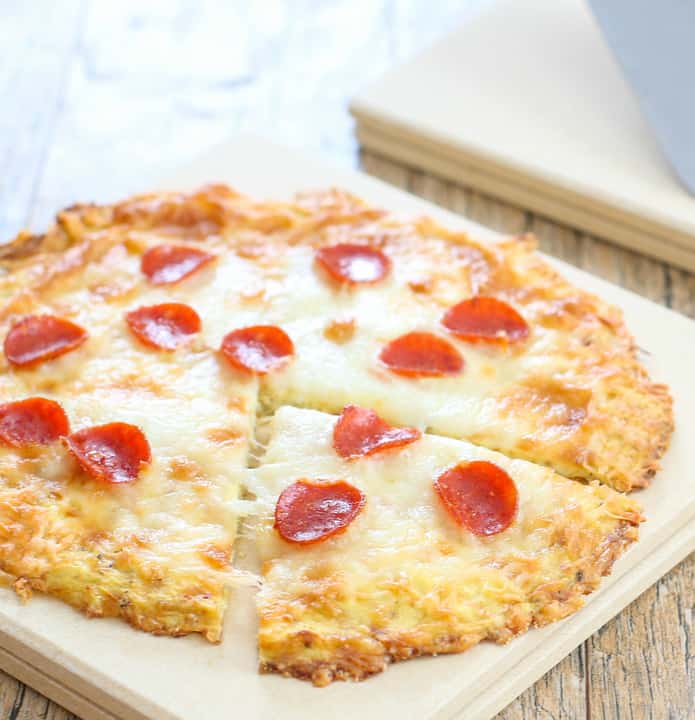 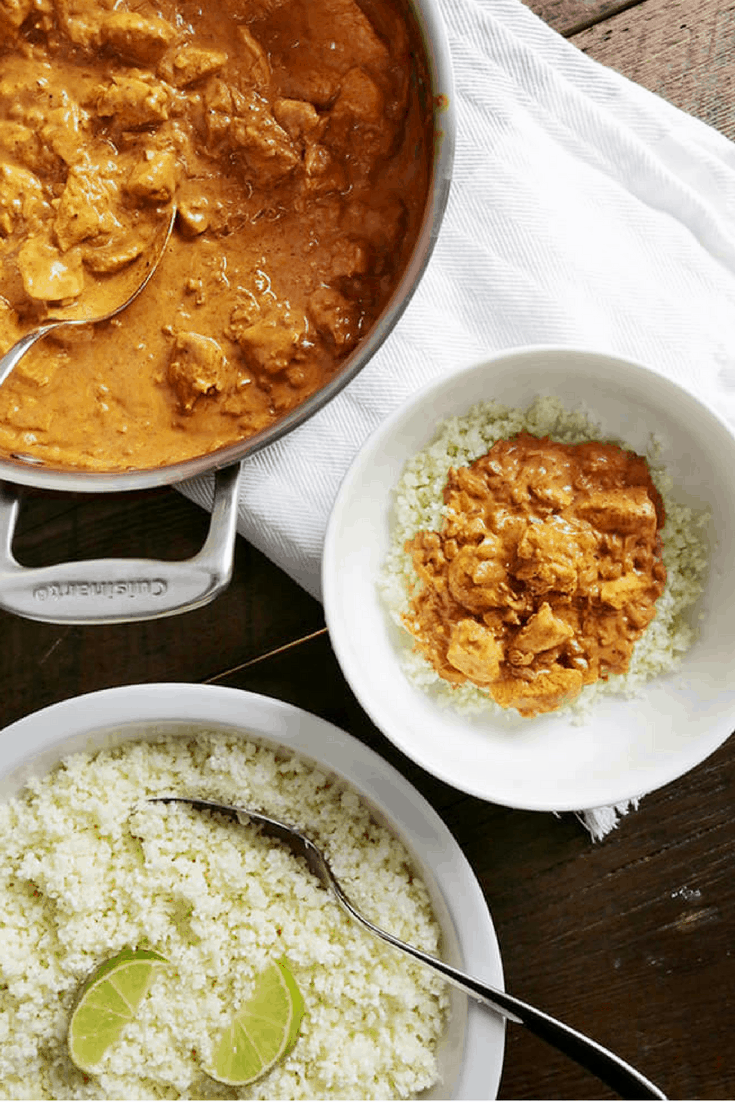 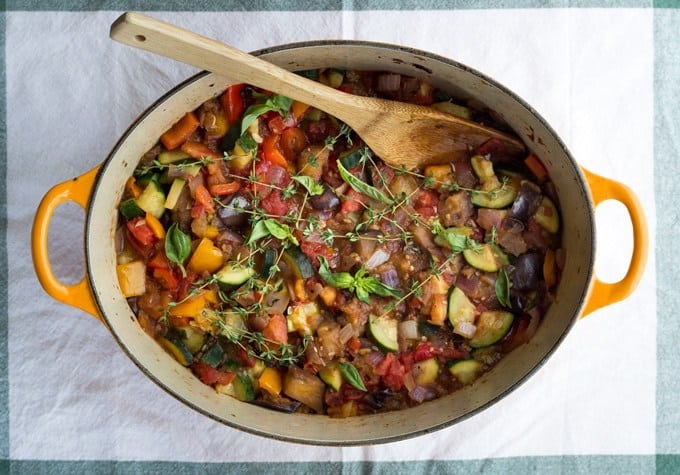 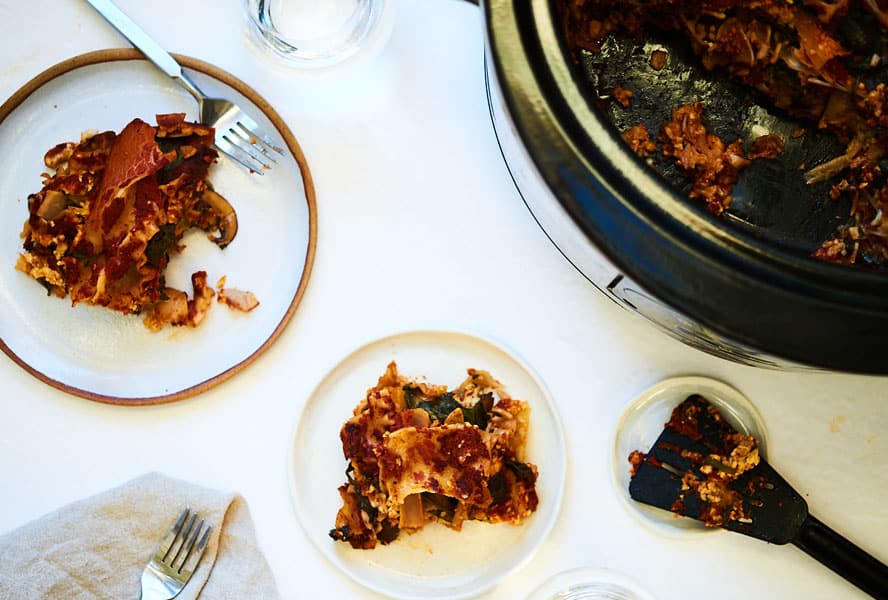 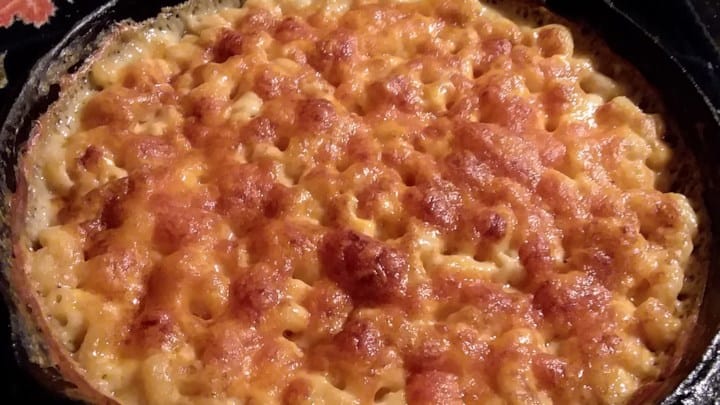 In our house, a dramatic diet change has recently taken place for the whole family. One of our kids was diagnosed with celiac disease over the summer and now, in support, our whole family is working on eating as gluten free as we can, as often as possible. That’s why we’ve been on the lookout for awesome tasting gluten free meals that are easy to make, especially at dinner time when we’re all together!

Are your kids the kind of picky eaters who adore mac and cheese and just about nothing else? Well, that might not sound like something you can easily turn into a healthier meal than you might be used to, but we’re pleased to report that there are a number of recipes out there that show you how to make diet friendly versions of your favourite things. This recipe from All Recipes that shows you how to make irresistible gluten free mac and cheese that tastes just as good as any we’ve ever tried.

Did we really catch your attention with this idea of making a pasta dish that’s gluten free despite the fact that it involves noodles, but you’re not really in the market for a mac and cheese recipes? In that case, we’d absolutely suggest taking a look at how Food Network made this delicious gluten free lasagna instead! We love that it’s made in the slow cooker because it makes the whole process a little less high maintenance than the classic lasagna you might be used to.

Since fall weather has finally arrived, are you actually looking for something a little more hearty and good for your health in the cold season than the average pasta, no matter how great it is? In that case, we have a feeling you might get along a little better with something like this gluten free rustic ratatouille outlined step by step and vegetable by vegetable on Our Food Fix. The key here is that the ingredients in the sauce are all things that are genuinely gluten free and don’t have any sneaky traces.

Has one of the hardest parts of going gluten free for you been giving up some of your very favourite international takeout staples that you’d order on a Friday night or as a treat? Well, if that dish happens to be deliciously creamy Indian butter chicken, then we’re pretty sure this homemade gluten free version that That Clean Life shows you how to make paired with cauliflower rice for an even healthier spin might be right up your alley.

Did we really catch your attention when we started talking about the idea of including cauliflower in your recipe because, regardless of whether you’re making something gluten free or not, that’s just one of your favourite vegetables? Well, what if we told you that you can actually use that awesome veggie to replace the parts of some meals that contain the gluten you or your loved one can’t have? This delicious cauliflower crust gluten free pizza featured on Food Network is the perfect example of what we mean.

In addition to trying to go gluten free, are you also trying to eat healthier all around, as well as dairy free? Well, so long as you’re not also attempting to go vegetarian or fully vegan, then this next recipe has just about everything you’re looking for! We love the flavour of this paleo, gluten free, dairy free one-pan honey garlic chicken featured on Real Simple Good.

Did you love the idea of making something with a plethora of ingredients all cooked together with broccoli but you’d also prefer that your meal not involve meat? Then we have a feeling you’ll get along a little better with something like this gluten free ginger orange stir fry that’s been made with tofu instead! Get the full details for trying it out yourself on The Fig Tree.

Maybe, because the fall weather and the chill it brings has started to set in, you’re looking for something a little heartier that will be sure to warm you from the inside out? Well, delicious creamy soups are usually a great answer for that, but anyone with dietary restrictions will tell you that these are one of those sneaky dishes that sometimes has hidden gluten in the broth mixture. That’s why we were so pleased to come across this gluten free, fairy free thick and creamy vegetable chowder on Sondi Bruner!

Did we actually really catch your attention when we started talking about yummy pasta recipes turned gluten free but you’re just not sure that you want to be working with gluten free noodles if there are other, even healthier alternatives out there that you’ve never given a chance? Well, if you’ve ever been a fan of how zucchinis taste, then we’d definitely suggest taking a look at how Kitchen Treaty made this zucchini fettuccine with creamy white bean alfredo sauce!

Pasta noodles aren’t the only thing that would usually contain gluten but that you can replace with a gluten free option that’s pretty readily available in stores. Pita wraps are a great example of what we mean too! If that interests you, check out this recipe from Woman’s Day for enchiladas made with delicious pumpkin seed salsa.

Have the ideas that have caught your attention the best on this list so far all been the ones involving simple broccoli and chicken ideas, but you’re the kind of busy person who is really on the lookout for quick and easy ideas that you can make on a busy night? In that case, you just might be the perfect person to try out this 12-minute gluten free chicken and broccoli recipe outlined step by fast, simple step on Gimme Some Oven.

If you’re going to make something that involves meat would you also like to make sure it involves potatoes, because you’re a more traditional cook who adores making the classics? Then we think you’ll get a real kick out of the way The Pretty Bee found a nice, simple, and completely delicious way to make a gluten and dairy free Sheperd’s pie that’s made with ground turkey instead of beef for a slightly leaner taste.

We know that most salads are gluten free, but did you know that there are a lot of salad dressings that actually aren’t, even if you think they might be? That’s why we really liked this recipe and tutorial from Woman’s Day! Not only does it show you how to make a salad that doesn’t really need a dressing, but their shrimp salad with chorizo sausage and almonds is also just packed enough with great ingredients that it feels like a whole filling meal and not just a side dish or appetizer.

Are you still finding yourself feeling totally enamoured with the idea of making a potato heavy dish because you know those are almost always gluten free but, if you’re already putting all this effort into finding something that’s new to you, would you rather try something really unique? The we’d absolutely encourage you to take a look at the way She Likes Food made these scrumptious gluten free crispy potato tacos!

Whether you’re making something sweet or savoury, are you the kind of person who actually almost enjoys baking even more than you enjoy cooking? Well, we know that can be difficult when you’re trying to go gluten free because so many things involve flour. That’s why we were so pleased to come across this awesome gluten free sweet potato souffle outlined step by simple step on Eating Well.

Do you have another favourite delicious gluten free dinner recipe that you and your family just can’t get enough of but that you don’t see here on our list? Tell us all about it or link us to the recipe in the comments section so we can try it out too!

How to Grow Cauliflower (Varieties, Care, Harvest, and more)

Can You Freeze Broccoli?