of 2
How to thaw potato soup
How to freeze potato soup
Can You Freeze Potato Soup? Here's How You Can Do This Right
Buy Now 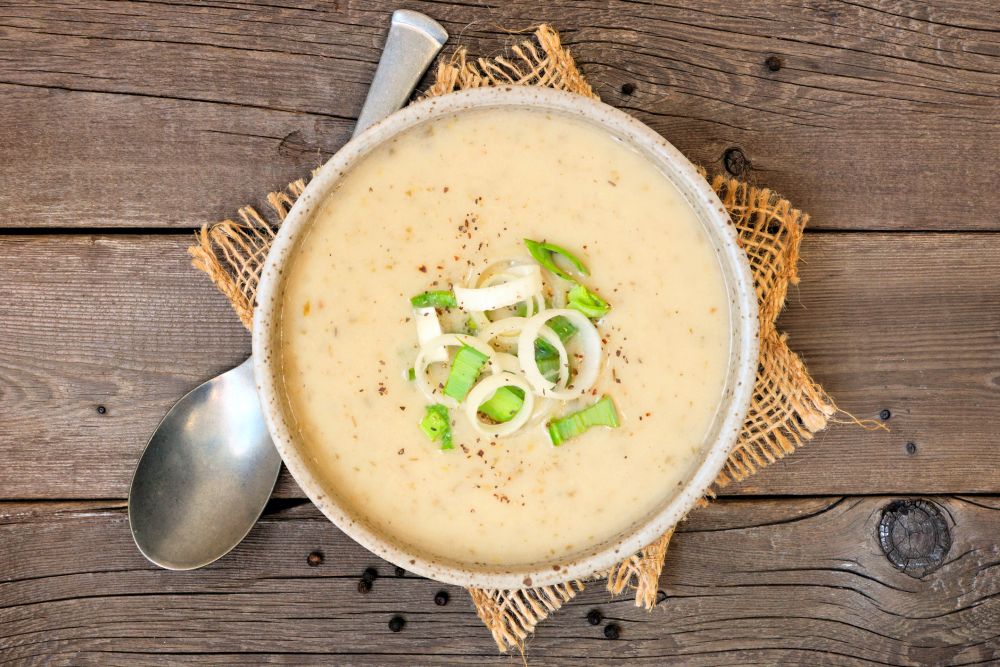 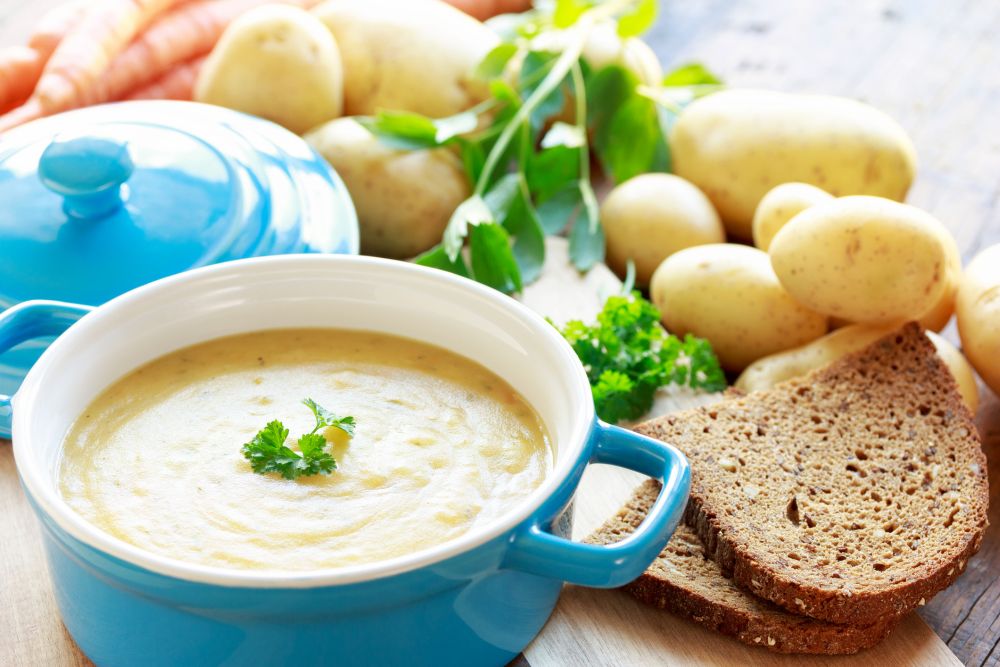 Potato soup is an impossibly creamy and delicious meal, especially when served with a little bit of bacon and garlic. Yummy! Now, if you want to make more of this, we should all look into freezing potato soup. 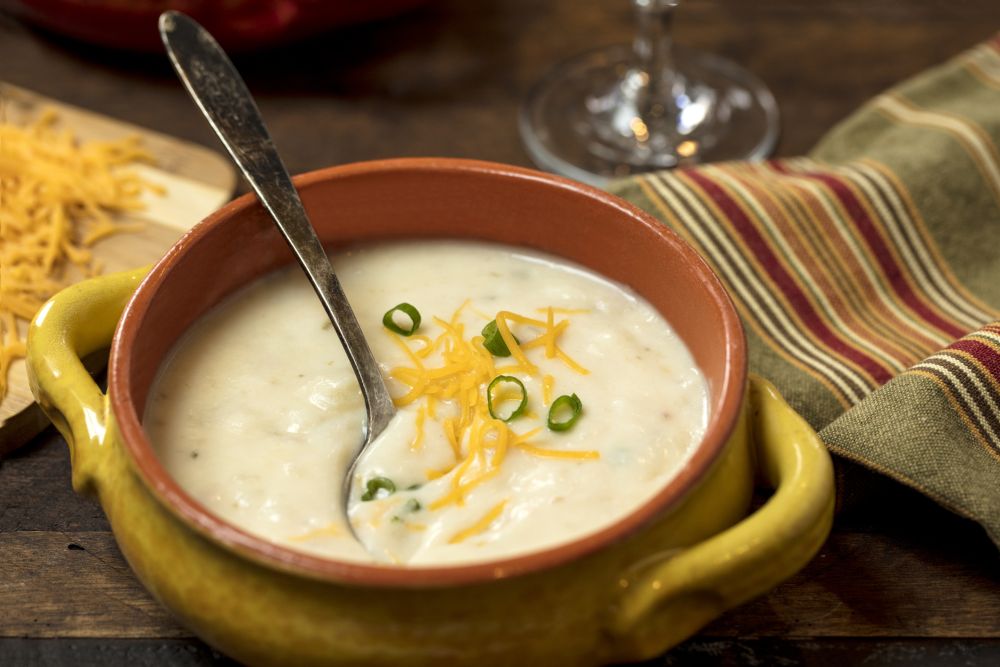 In this way, not only will you save time the next time you crave the dish, but you can also save money if you buy the ingredients on sale and make a bigger batch.

Can You Freeze Potato Soup?

One of our readers is considering making some freezer meals and craving potato soup. Here’s what they had to write:

I want to make some freezer meals, and love the thought of cooking potato soup and freezing it to eat over the next few months. I’ve heard that potatoes don’t freeze well, though, and don’t want to end up with a huge batch of soup that I can’t eat. Can you freeze potato soup?

While it’s true that sometimes it can be tough to freeze potatoes, by following a few simple tips, freezing potato soup is simple and the results will be delicious.

How to Freeze Potato Soup?

If you haven’t made the soup yet, you’re in luck, because with some small changes to your recipe you can freeze your potato soup successfully!

Tips for cooking your potato soup for freezing:

How to Keep Potato Soup For Longer?

If you want to be sure to enjoy your potato soup for a longer time, you should take into consideration using a vacuum sealer. This appliance sucks out the air from the bag or container, which means that no oxygen touches the food, thus preserving the flavor and making it last longer.

When it comes to soup, even one as thick as potato soup, you may want to take a few precautions before using the vacuum sealer. First of all, you should put the soup in the bag or container and place it in the freezer for a couple of hours so it goes solid. Then, you can come in with the vacuum sealer to take out the air and create the perfect seal.

We have a great list of vacuum sealers we tested out, but we are partial to the FoodSaver V4840 2-in-1 Vacuum Sealer Machine which works with freezer bags and containers of different sizes. Plus, if you get extra tools, it has even more uses.

How to Thaw Potato Soup?

To thaw potato soup, there are a few steps you have to follow.

Potato soup that has been previously frozen should not be frozen a second time. The thawed soup should be consumed within 2-3 days for best results.